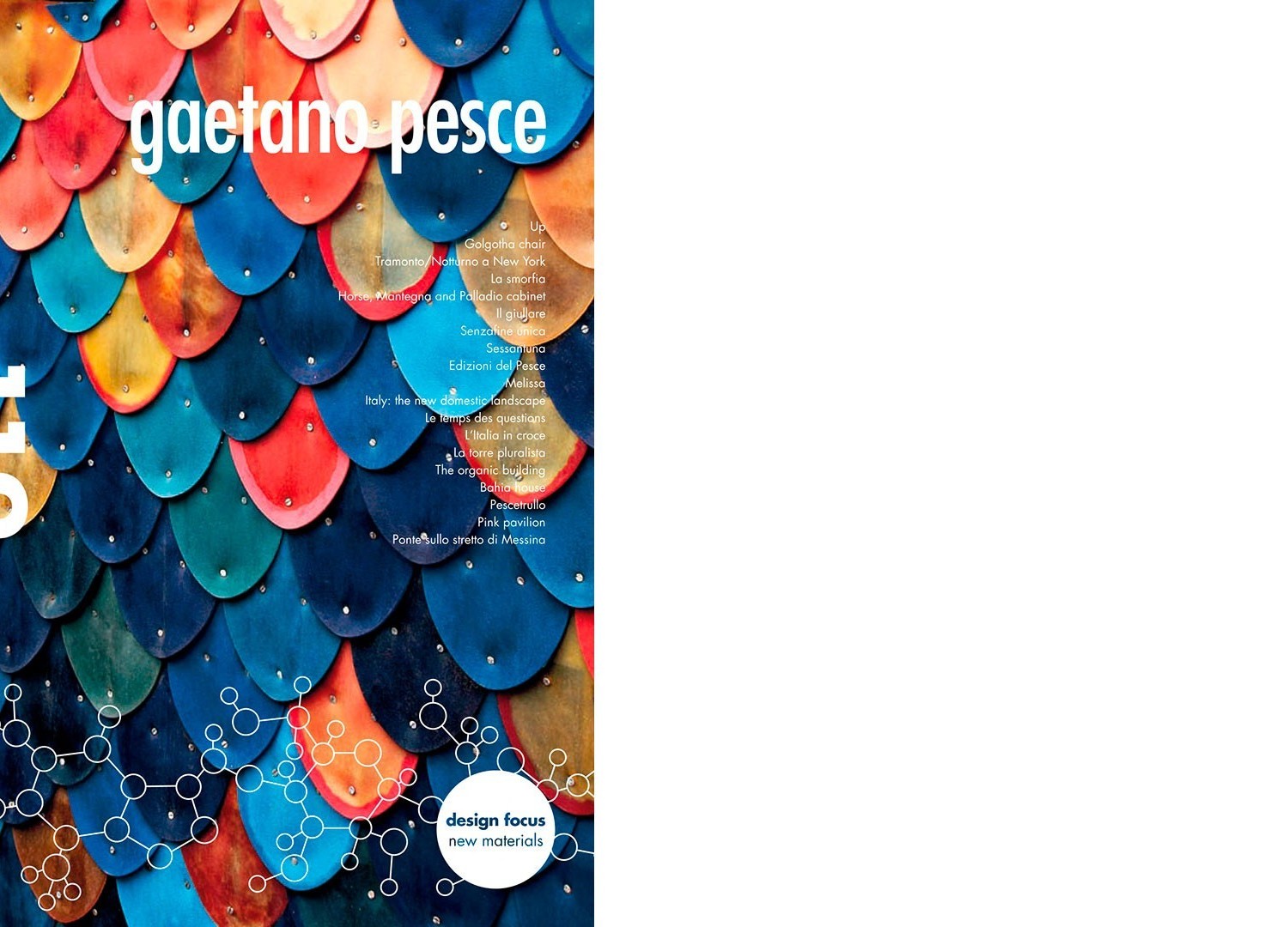 Going against the current
To exercise the profession and art that Gaetano Pesce makes his livelihood from, and to live it to the fullest, takes a visionary and thus revolutionary ability that is a combination between the craftsman’s pragmatism and the artist’s poetic imagination, and that bears witness to an equally natural and exceptional familiarity with construction methods capable of turning every gesture into extraordinary ideas and ordinary things into amazing ones, it is incidentally necessary to be born in La Spezia but to live in New York. However, it is clear that a simple biographic note, even if figuratively gratifying as the part for the whole, cannot reconstruct a critical and operational trajectory that is as complex as it is coherent, capable of covering – and inspiring with the charge of its own propulsive drive  forty years of debate and cultural projection in terms of design and architectural planning. Certainly, if the imaginative and at the same time domestic work of Gaetano Pesce is self-nourished by an efficient and healthy irony that characterizes the fairy-tale pop that inspires all his design proposals, it would be limiting not to read, in the irresistible attraction of his performance, an acute and profound critical analysis of a reality that consistently contradicts ordinariness from desires. The famous and extraordinary couch sunset in New York but we could say the same for many of the countless objects of his focused production  interprets, through the metaphor of living and the metropolis, the dream and myth of the journey, giving everyone a possibility to realize and gain sustenance from their dreams. At the same time Italy Crucified, the project presented at the Triennale in Milan in 2011, is an equally ruthless and dramatic anticipation-denunciation of a condition that has immediately manifested itself in all its painful topicality. Objects, images and actions that we perhaps think but don’t dare to attempt; it is this ability to make the unusual possible and appreciable, to give voice and substance to the imagination that is the source of inspiration of the intellective and creative action of this anti-conventional master. In fact, it is a matter of a trajectory and experience that is unrepeatable, personal and original, that is not only marked by his critical contribution but also by a recognized ability to combine the technical-rational ability of someone who shapes materials with the simplicity of a builder and the experimental intuition of a alchemist. The importance of his innovative contribution is in fact expressed along with a research of materials that is as consistent as it is efficient, and that drives chromatic effects to the sphere of the persuasive tactility achieved with the use and knowledge of plastic materials, resins and polyurethanes, that the author often constructs, moulds and realizes himself. In this shifting of the border between natural and artificial, in this con-fusion between reality and virtuality, Gaetano Pesce is today, for objects and design, what Antoni Gaudí has been for architecture.