The project involves a building for “private management”, nonetheless designed as a Headquarters for the Province of Florence. The architectural complex develops on 6 floors with a total surface area of 20,247 sq.m. The new building stands within a lot as the conclusive part of a complex urban system, so as to create a sequence of public spaces circumscribed by two elements of building immersed in greenery, also containing a private raised square, also for public use. This is linked, through means of a great flight of steps, to the true public space, which converges in the “main street”, characterising and crossing the entire masterplan of Castello.
The public, pedestrianised spaces are located in a privileged position in relation to the surroundings, since organised upon a large podium which provides an observation point with a view over the park. The decision to build on a raised level furthermore resolves the risk of flooding.
From a point of view of form, the building configures as a sequence of slightly staggered floors, which revives the theme of terracing so typical of the Tuscan hills. The entirely glazed façades contain a copper micro-tissue towards the exterior and an iconographic film towards the internal square, calling to mind the pictorial scenes of Florence in the Salone dei Cinquecento. 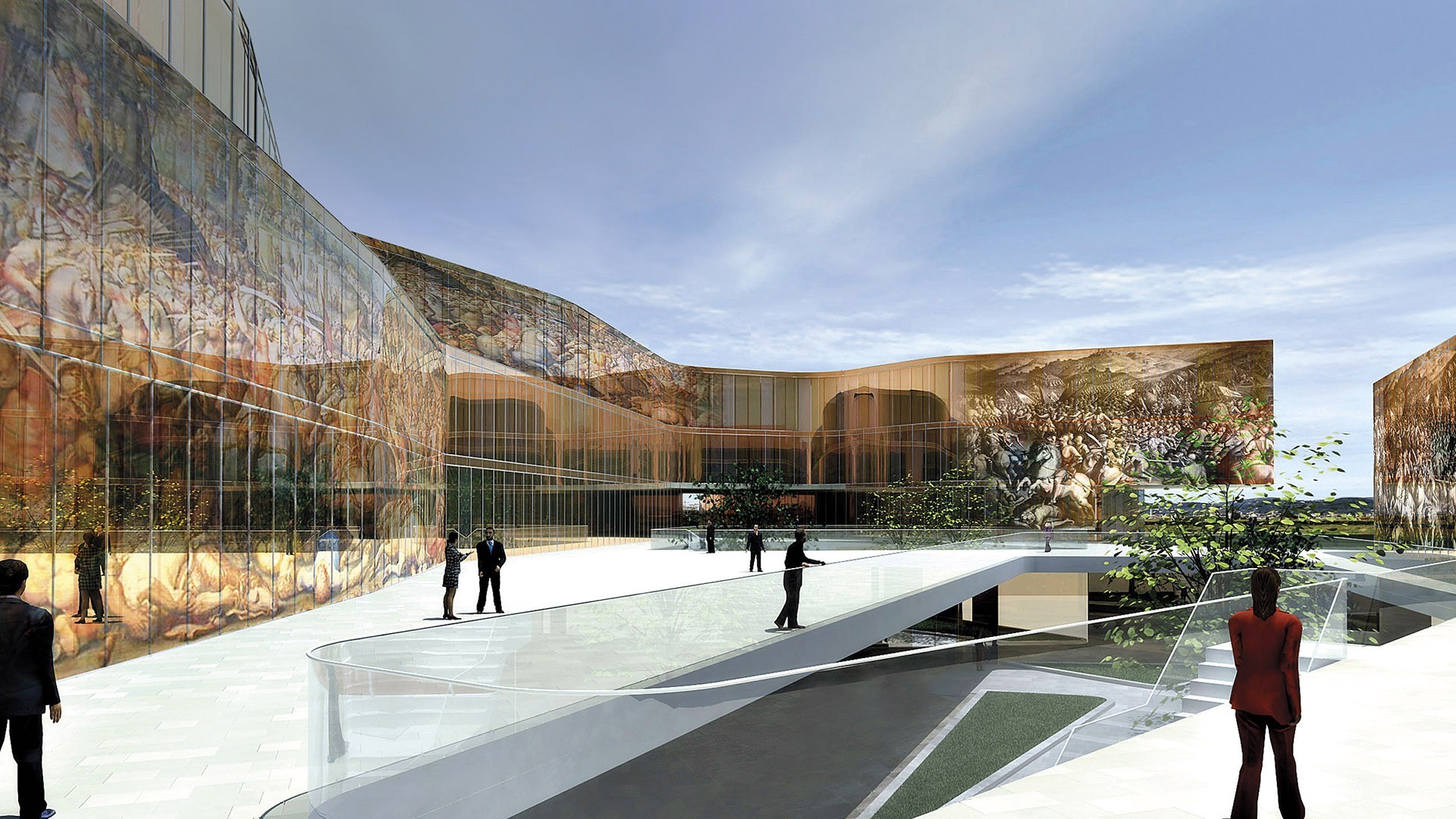 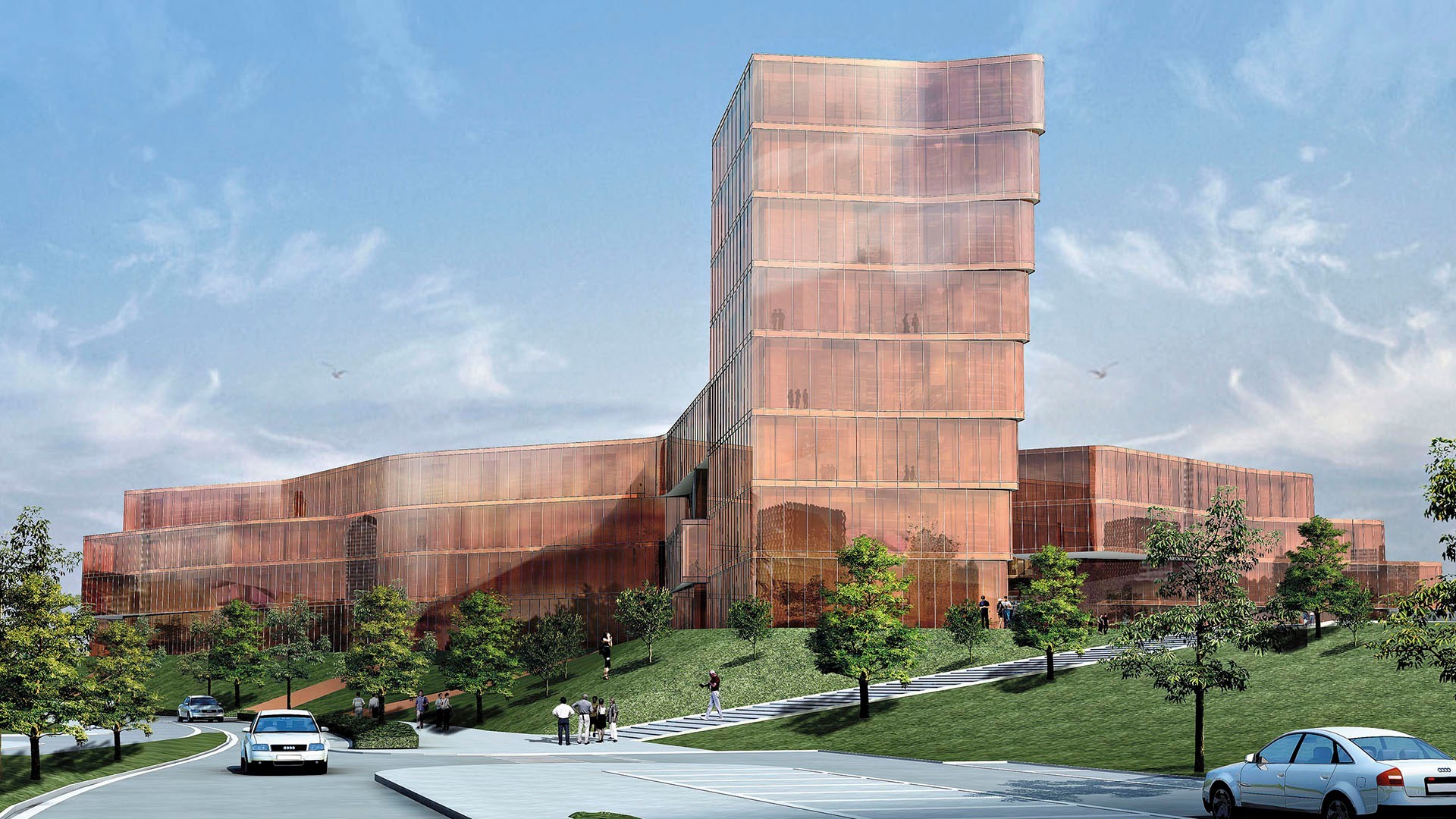 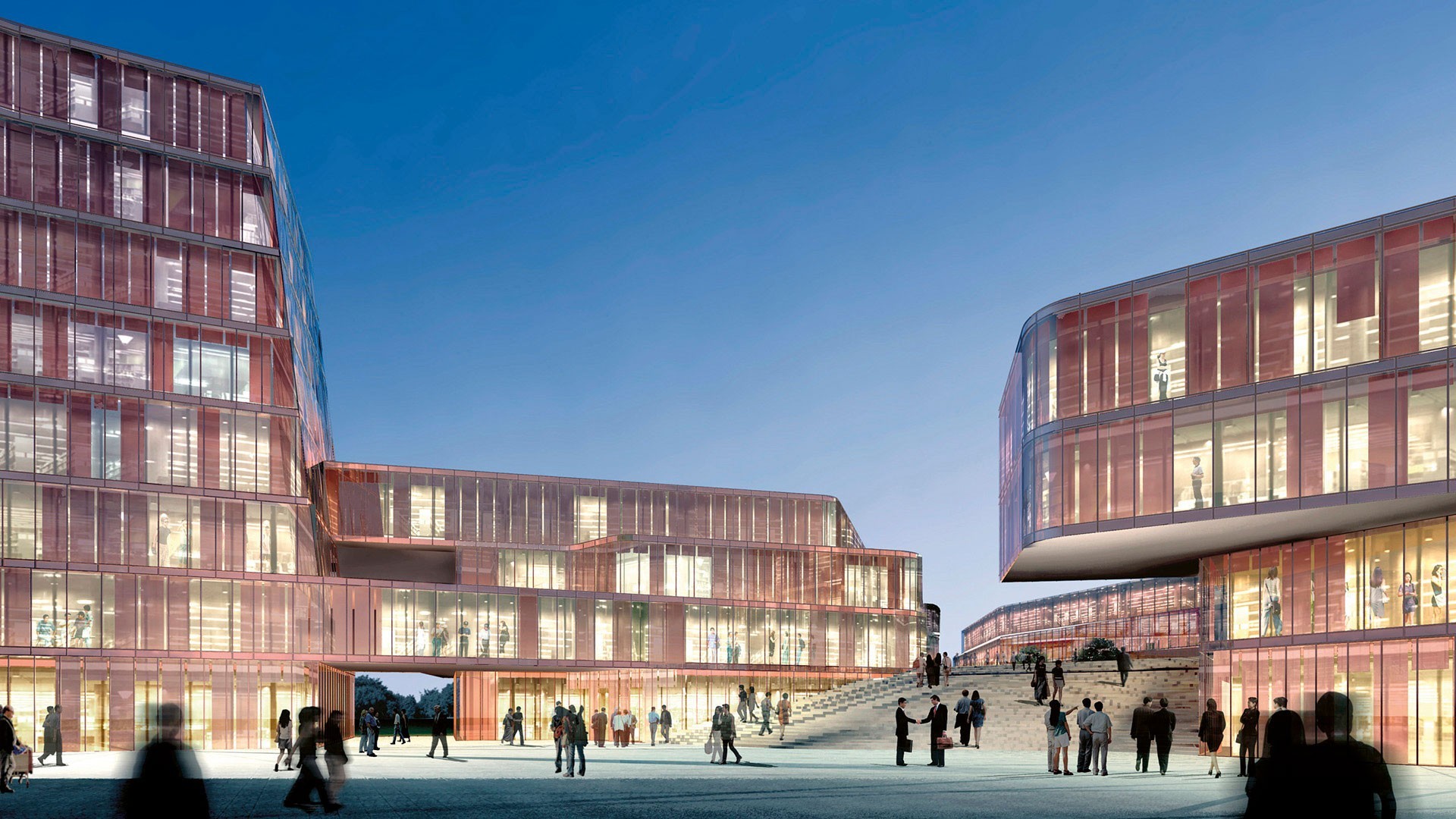