The project for the Zhengzhou New Lvbo District is situated in the new industrial district of Zhengzhou Zhongmu, which is part of the prefecture-level city of Zhengzhou, capital of the Henan province.
The masterplan pursues the guidelines set up by Isozaki’s city plan, which costitutes the basis for the requirements of the competition; it provides for the  occupation of an area of 24 kmsup2/sup, allotted to house about 370.000 inhabitants and including a central financial and administrative center, the core, of about 4,5 kmsup2/sup. The core, which features an irregular European-style urban structure and the two main landmarks of the project, a museum and a library, is surrounded by two concentric rings, the first one of water and green islands, the second one residential. An industrial estate, the technological pole of the city, is located north of the area, separated from the rest of the masterplan by a large east-west transition axis.
The principle of sustainability is the guideline of the entire project and is accompanied by the rediscovery of an urban public space on a human scale, characterised by sculptural landmarks developping in height and integrated by water courses and green areas. The green space is conceived as a community element to share in the free time and is integrated by a highly developped water system and by a residential structure which goes back to the tradition of the Chinese town organised in quadrangular lots in accordance with a reinterpretation of the antique hutong system. The traffic, integrated by an efficient parking system, is directed by two main axes of express highways, but it is essentially based on public transport and on slow -speed means of transport, by foot and by bicycle, in order to reinvent the street life by reintroducing walking and places to meet for the community. 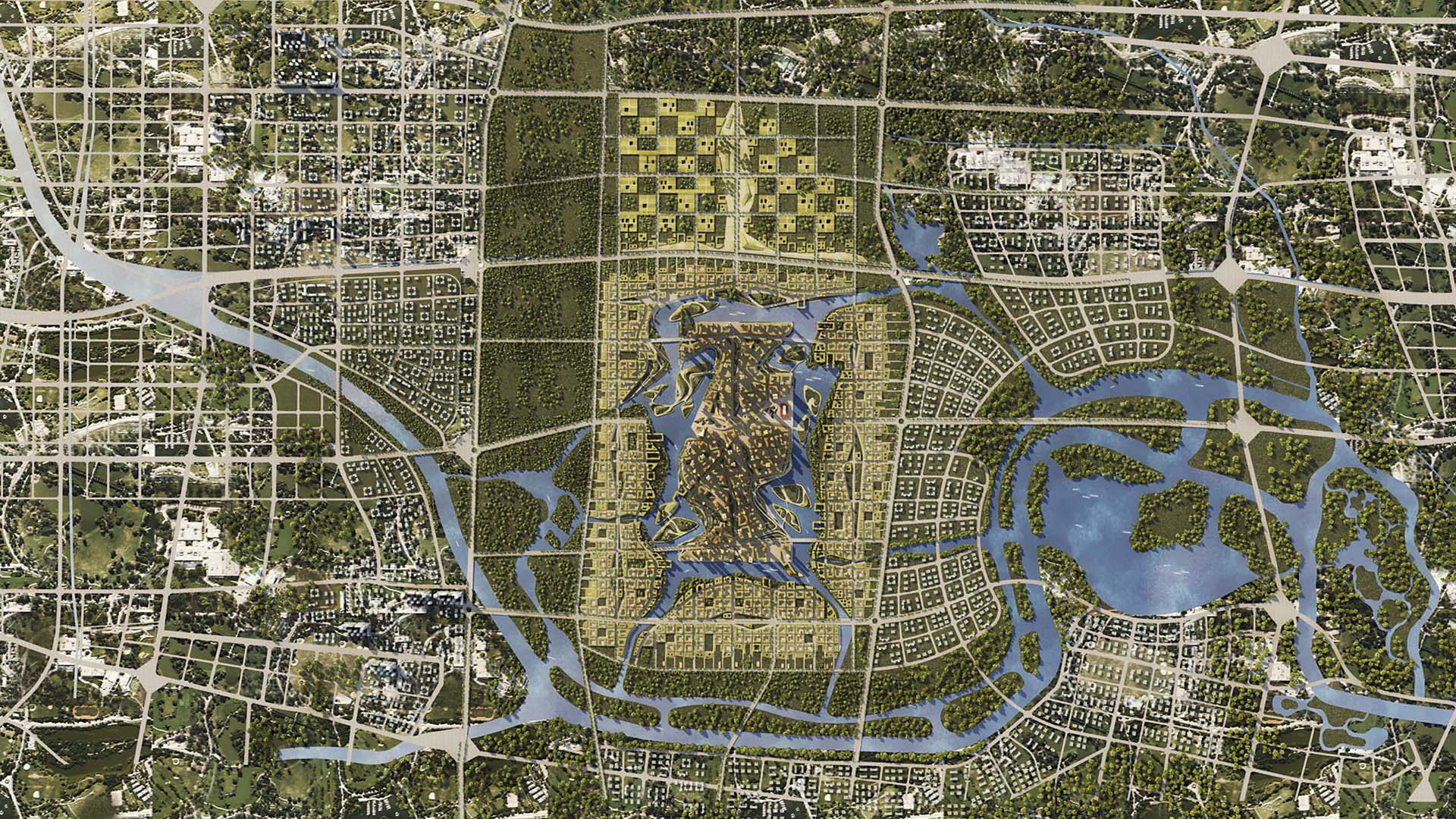 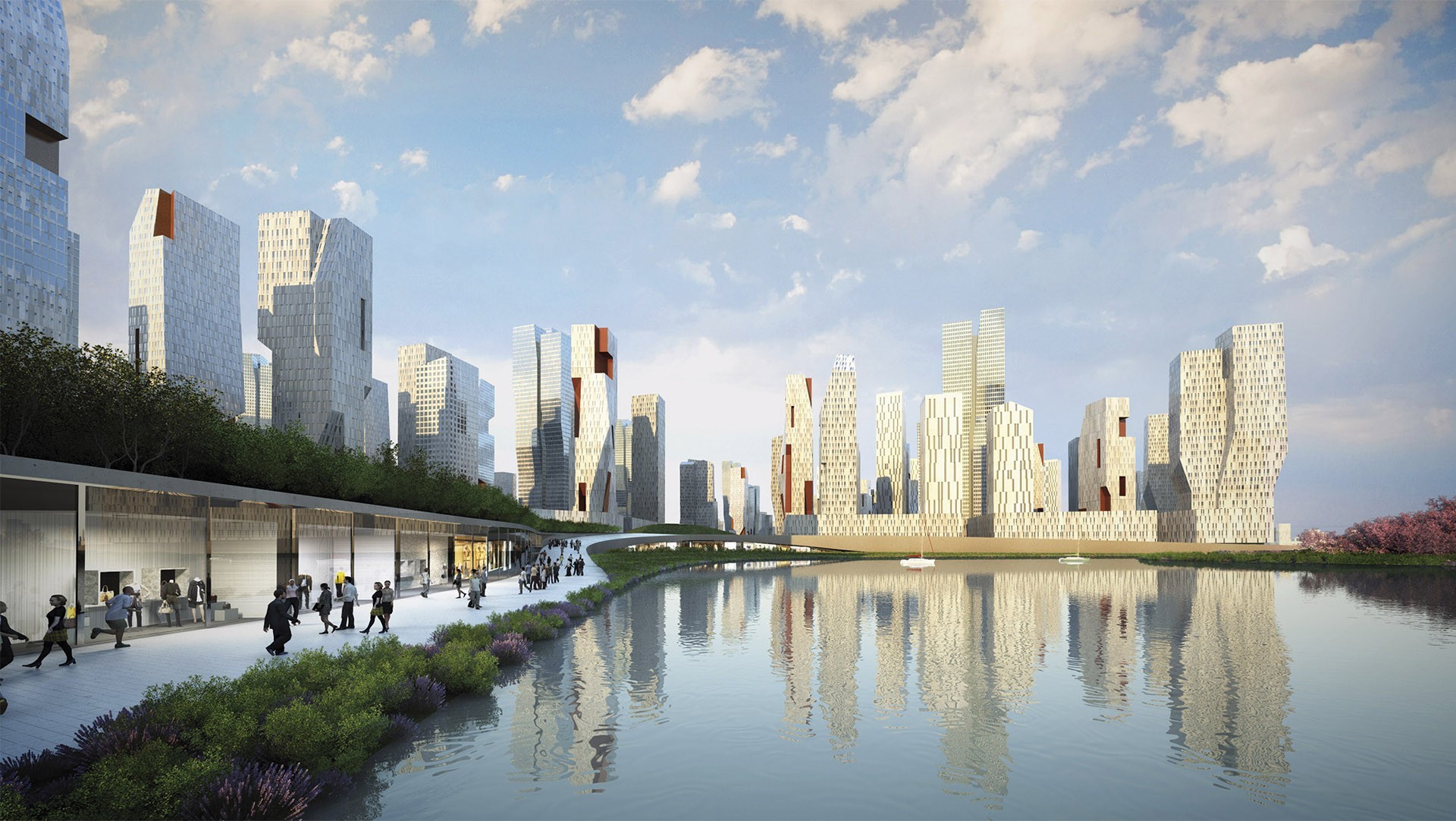 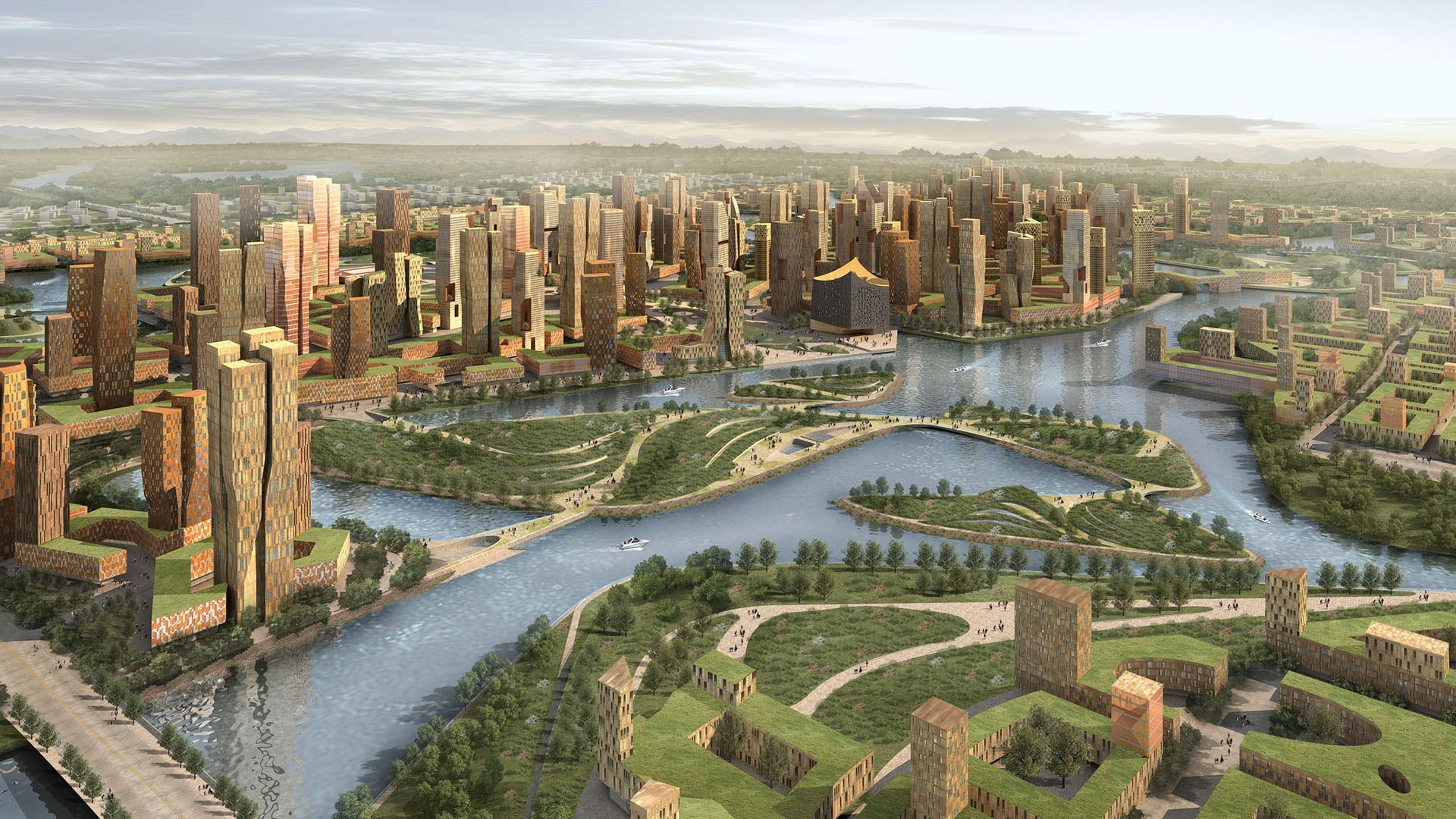 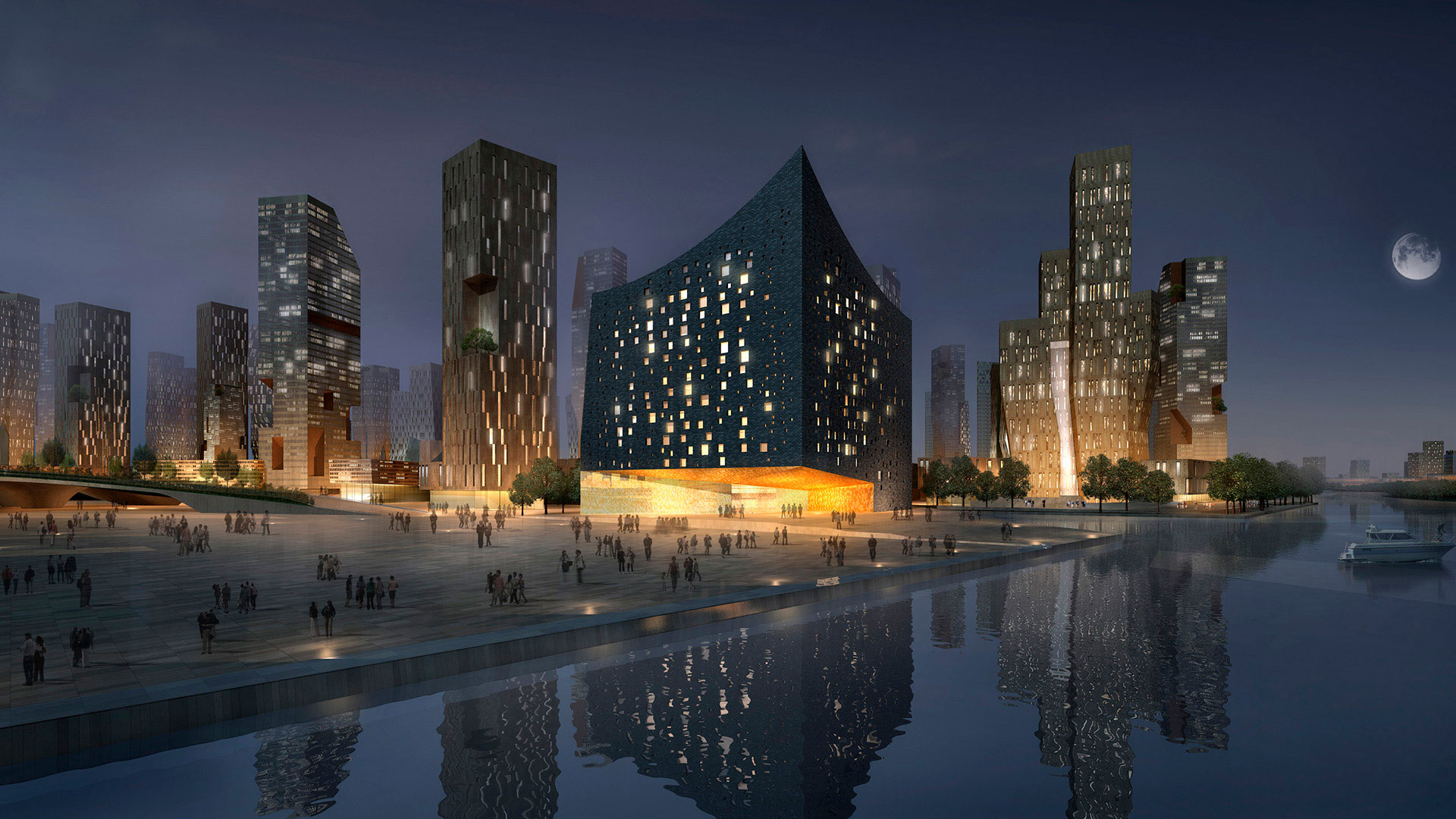 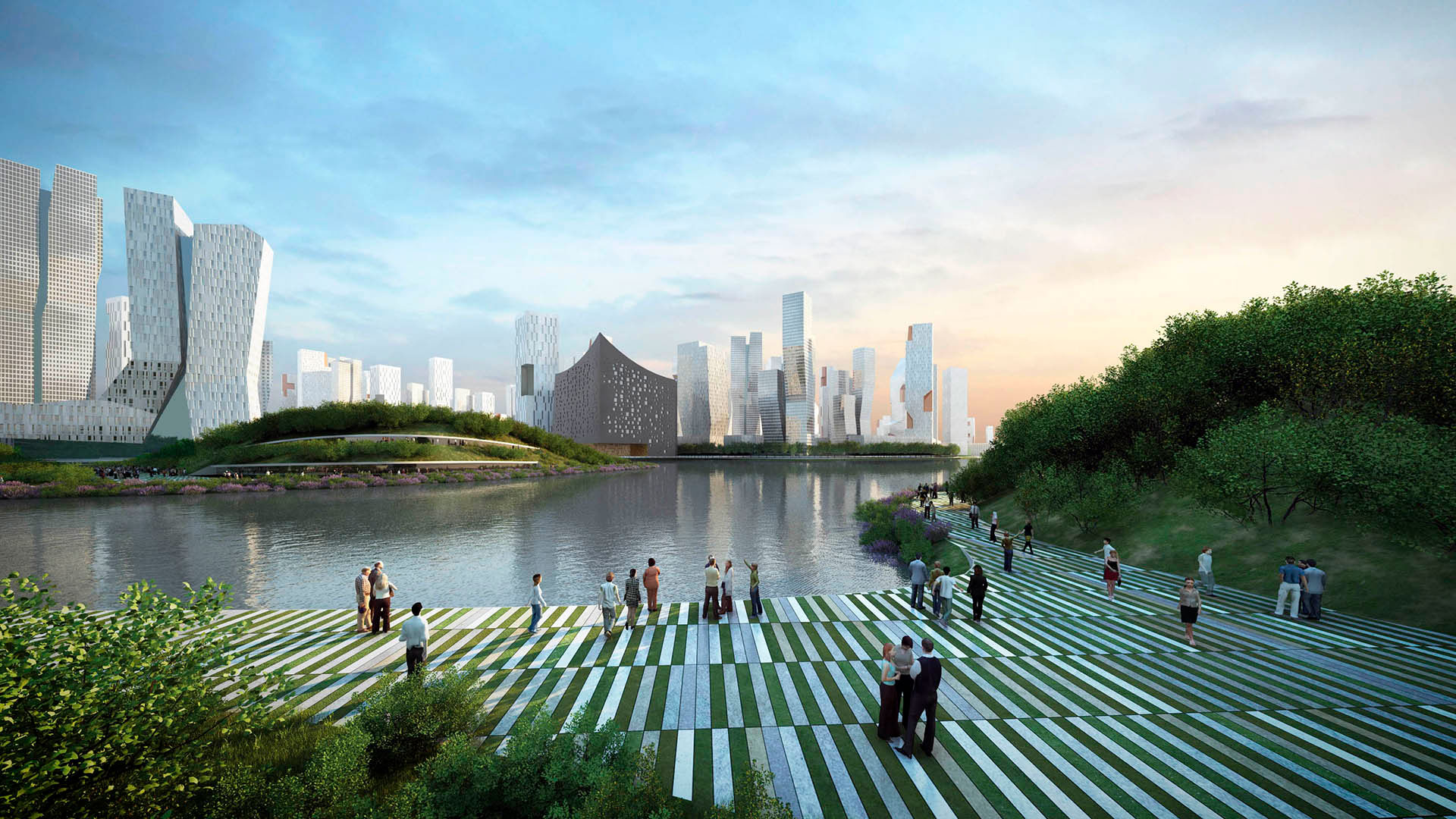