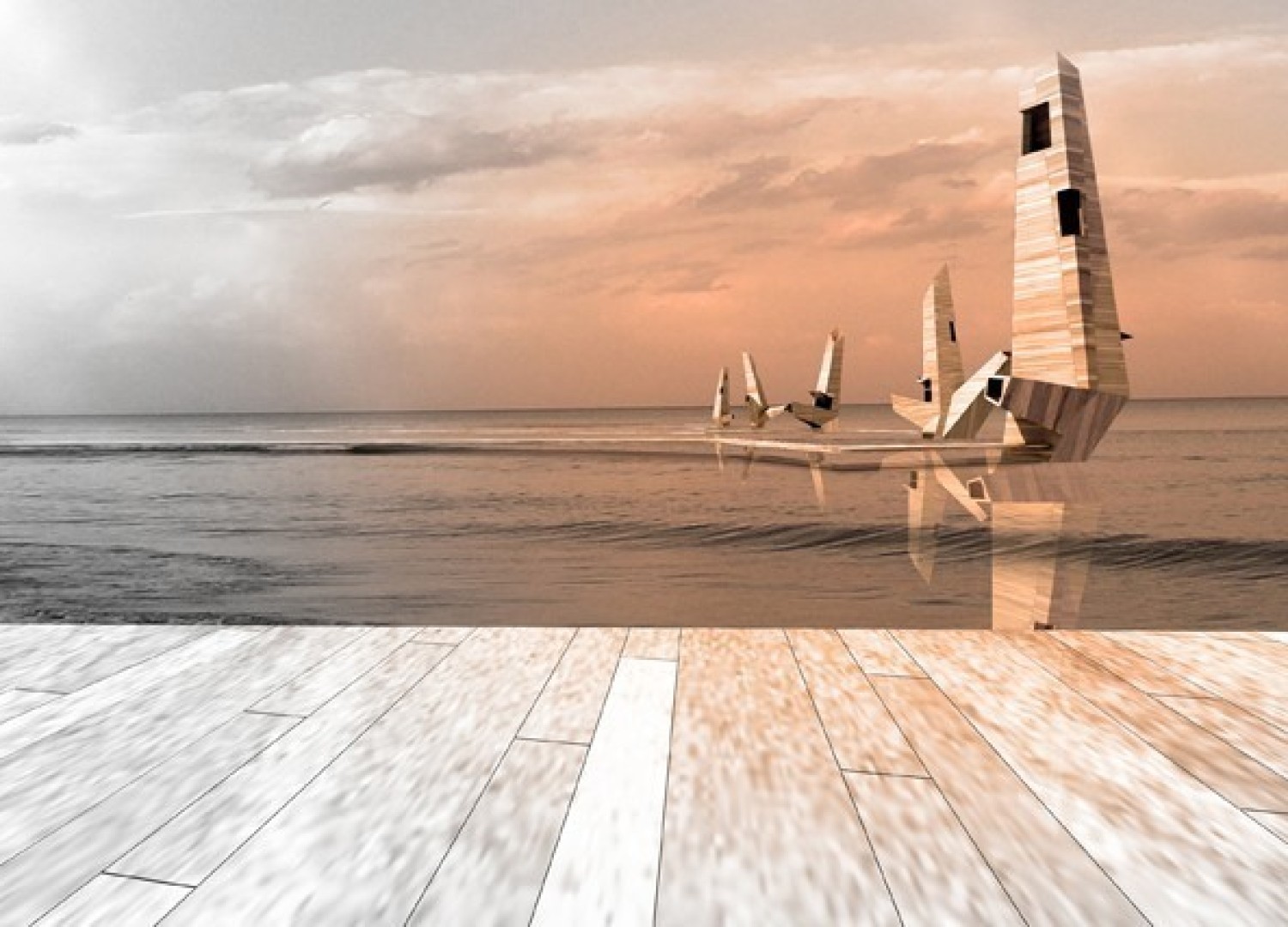 Some parts of the Adriatic coast are so densely built that it is impossible to get a glimpse of the water from a seafront that is sometimes non-existent, because it is closed off by a curtain of bricks, glazed fronts, balconies, curtains and kiosks that there is nothing temporary about in summer, not even in terms of closing hours. The dense succession of buildings characterizing some touristic towns, where the chaos, the congestion of people and buildings are valued as synonymous with a lifestyle centred on fun and shopping, is countered by solitary and remote stretches inhabited by fragments built by locals, suspended on the sea, partly work sheds and partly fishing machines. Artificial, yet extraordinarily natural, the trabucchi are connected to the land by feeble and shaky piers from where the view of the coast is extraordinarily poetic, a landscape of which they themselves represent both an exception and an essential element, expressing, with their necessity, the romantic and austere nature of a shoreline that sees the sunrise but turns its back to the sunset. To all those of us who belong to the Tyrrhenian side of the Italian coast, if not wholly landlocked, suspended between an Apennine or Tuscan-Umbrian tradition, the Adriatic is materialized in the vision of two opposites, one pop and postmodern, kitsch, dense, noisy to the point of vulgarity and perhaps precisely therefore so crowded and seductive, and the other silent, concrete, irrationally functional to the point of moving life and work activities from the land to the sea, perhaps in an unconscious attempt to satisfy the ancient desire to navigate, an ambition which in that part of the sea was the exclusive dominion in Venice, whereas it was shared by Naples, Pisa and Genoa on the Western side. With a wholly surreal practice, transposed from a Fellinian fragment that we could paraphrase as the city of trabucchi an oxymoron rather than a title, a strategy or vision rather than a project we have imagined a possible solution to the urbanization of the coastal landscape (delirious Rimini?) through a superimposition of the two models, to allow the new activities on the shoreline dancing, eating, having fun to conquer the sea and thus make it possible to truly contemplate the coastline. On the opposite side, from the interior, from the pine forests and the streets crowded by condominiums and hotels, this kind of territorial colonnade identified by the iron branches of the new trabucchi, makes it possible to detect the hidden presence of the borderline between land and sea, and thus to perceive, in the confusion of a haphazard urbanity, the direction of the sea. As in the trabucchi, expanded to house the radiant crowd of the coast cities, living in this kind of sculpture-tree is not definitive but temporary; it is not permanent but occasional, it is amazing by night due to the swarm of lights issuing from the coast, but forbidden on stormy days and useless in mornings with dense mist and fog, unless one wants to for once let oneself be carried away by the charm of solitary navigations among the clouds and fogs of a silent Adriatic. 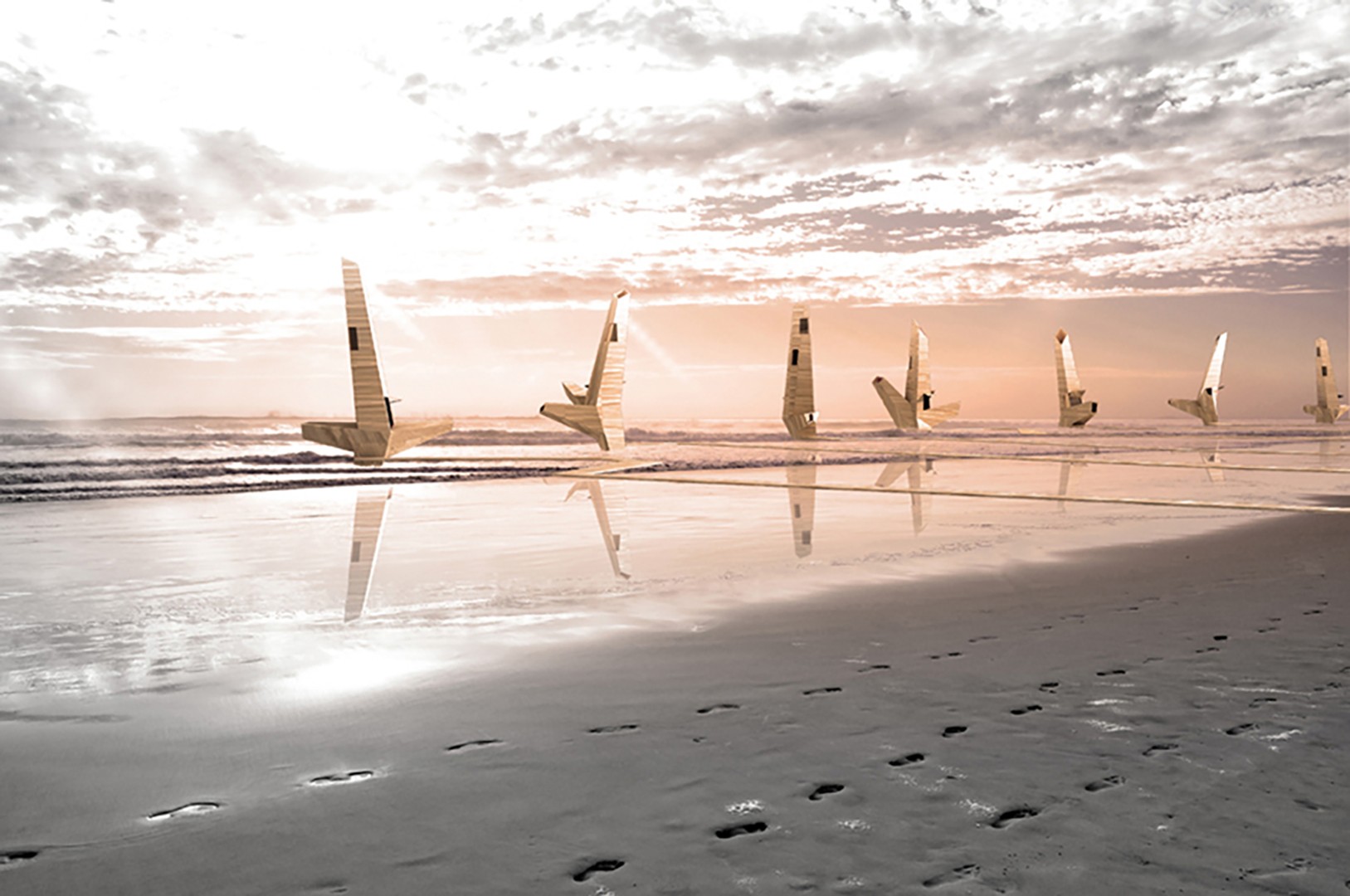 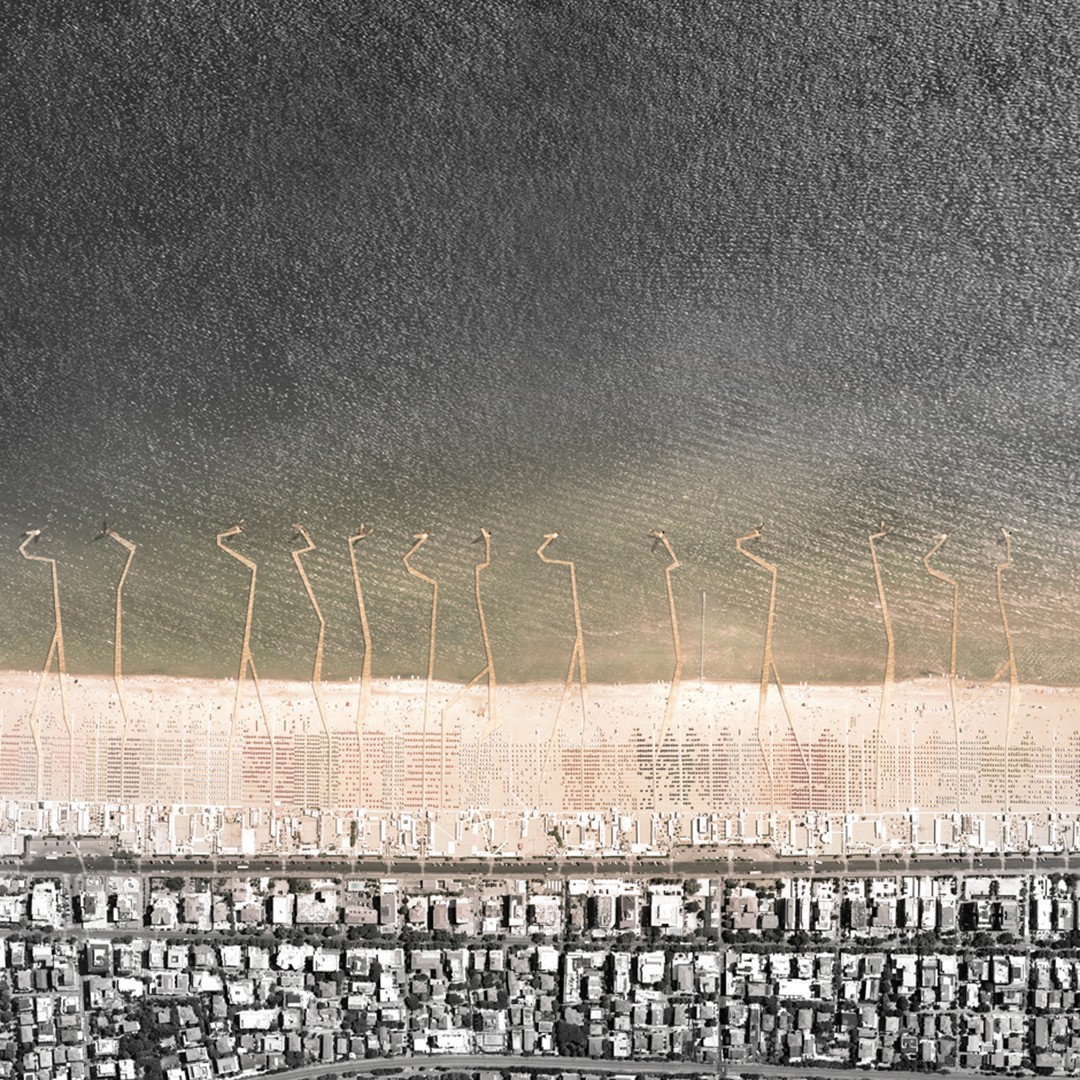