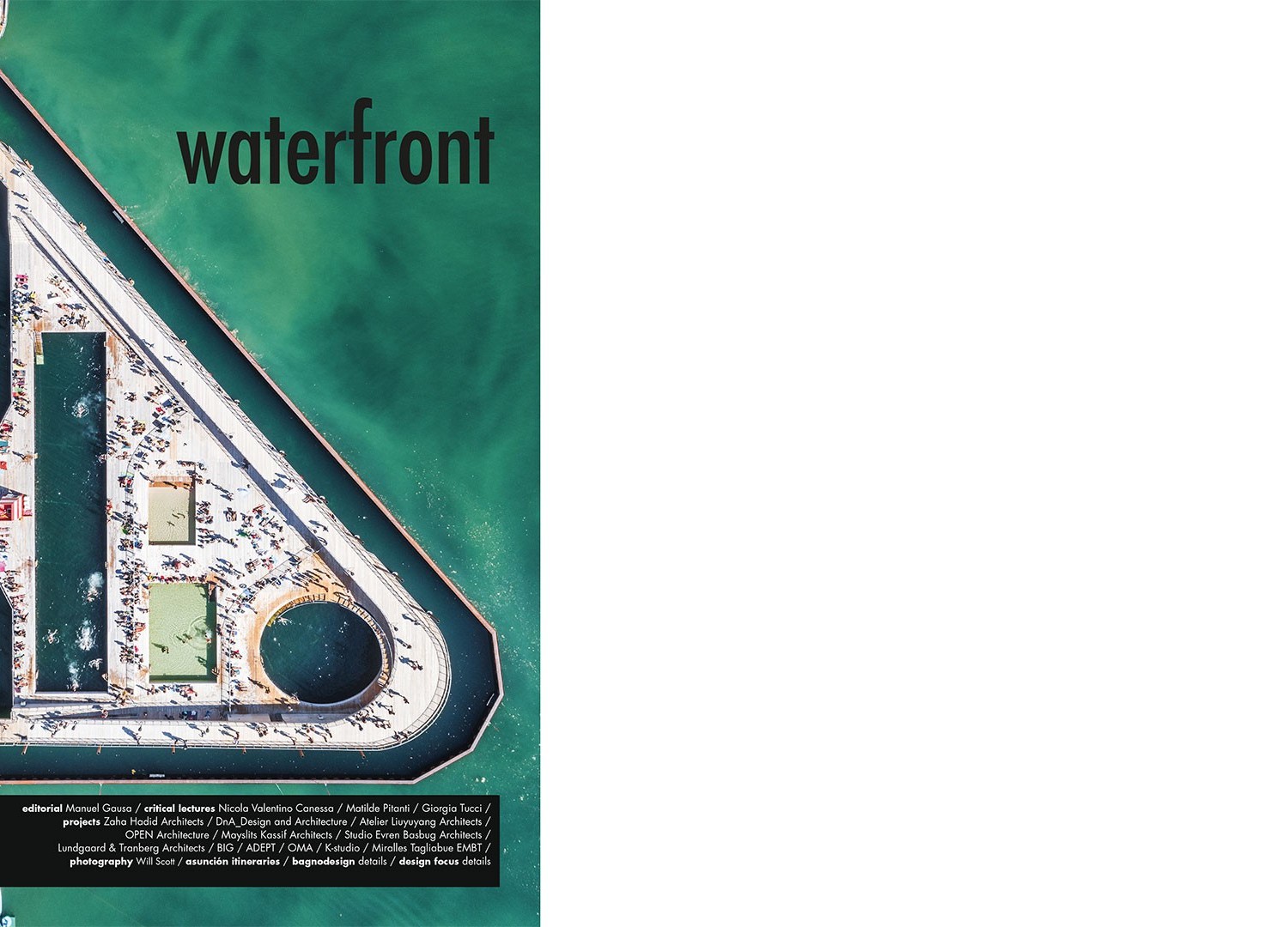 The project between water and land

For some years we have been engaged as a studio in the design of spaces and places located on the border between the mainland and the water and, whether rivers, lakes or sea, the relationship between solid and fluid, between the property and the floating, always poses questions that shift the project to a borderland – the coast – placed between architecture and the work of land art.
It is hard to say which approach is more correct, however in the face of water, pragmatism and functional analysis give way to the irrational theme of emotion, of places always suspended between nature and artifice, between real – the built – and virtual, that itself built reflected on the water and therefore visible upside down. Added to this is the clash or better, the encounter, between the vibration of the natural surfaces moved by the wind and the immobility of the perimeters of earth and rock that constitute their limit. And it is between these different existential conditions that the presence of those who inhabit and live these places in a median condition between the two is inserted, a condition that puts the visitor as a mobile subject moving on the mainland and at the same time, in front of the water, giving him the seductive fixity of contemplation.
These are perimeter places that define public spaces intended for the community, generally open spaces without volumes and therefore, as mentioned, more sculptural than architectural, characterised by the construction of linear observation points that allow walking and the passage, with subtle vertical movements capable of modeling and connecting the water level – zero altitude – to the embankments behind it.
Obviously, the design and the relationship with the water changes radically in relation to the natural starting conditions, just as the intervention latitudes affect the pursuit of shade or maximising the perception of light and the sun, but in all the projects the architect must achieve mediation between the elements of nature and the artificialisation of the coast in order to make it habitable and usable. And it is in this mediation that different attitudes and visions are found depending on whether the project prefers the integration between the work of man and nature or its evident detachment to keep the premeditated action distinct and recognisable from the starting conditions.
Usually a more radical predisposition towards a more constructed and artificial vision becomes necessary when nature has already been modelled in relation to man’s needs as in the case of ports, or already heavily modified and urbanised contexts, while one more concrete naturalisation of the coast line is made possible when the intervention succeeds in recovering and enhancing ecosystems that are still fully perceptible.