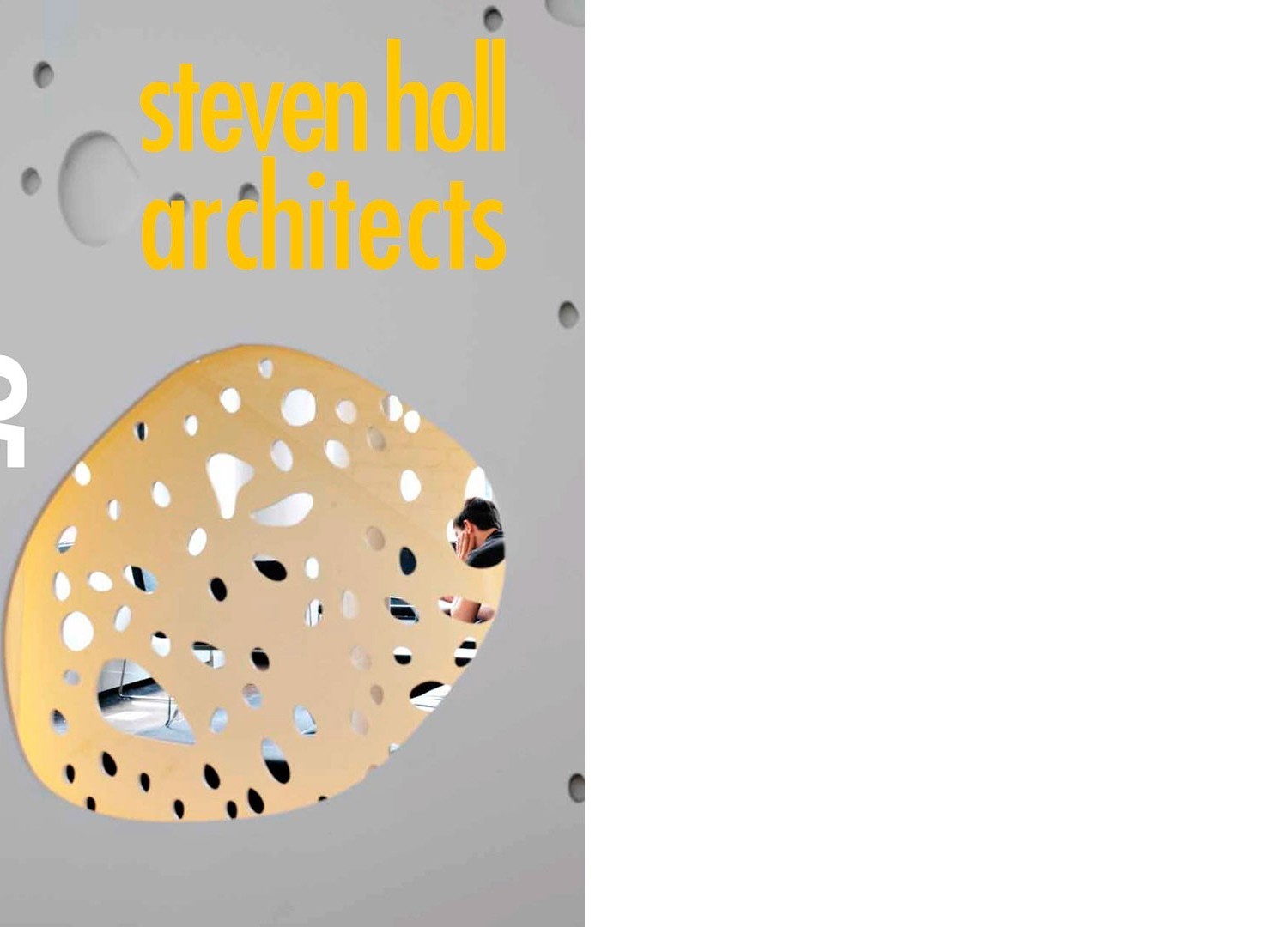 Steven Holl
Every year Area dedicates one of its theme issues to a monograph on an author; rather than a substitute for a book or catalogue, in the editorial sequence this reflects a desire to document the experience of architects and personalities in a manner that may, in our opinion, serve as a valuable reference and term of comparison for the contemporary profession. This represents no departure from the familiar editorial line organized by arguments reflecting as many lines of research; rather, it is an in-depth study within the context of this approach, as seen through the eyes of a particular, individual author. And since the choices are never occasional, or suggested merely by the international importance of a given designer, it may be useful to dwell on what is considered, within the context of the internal debate of the editorial office, as preparatory to the conduction of a research that, project after project, goes beyond the singular feature to form a recognizable design approach. From this point of view the work of Steven Hollbut this may fortunately be said also for the works of other authors (see Area no. 69 dedicated to the work of Rafael Moneo) represents variations on a theme, namely an approach to building that consistently escapes everything self-referential in favor of an expressive sphere where the solutions are never foregone or adapted to a calligraphy that constrains the architectural language within a monotony that is as seductive as it is distant from reality, as useful for the pigeonholing of critics as it is useless and harmful to the fate of the city. However, it is not a matter of merely adapting to the places and the different characteristics of the themes that are tackled; rather, it is a conscious approach to the project as consequence of a research activity that reaches new results ever time on the basis of canons that, going beyond the familiar dialectics glossy/opaque, transparent/ screened, light/massive, compact/disarticulated measure swords with the rules and techniques of construction, turning every building into an accomplished architectural experimentation. An experimentation that involves the spatial configuration of the building witness the dynamic fluidity of the interior of the Kiasma Museum in Helsinki as compared to the stereometric score of the Sarphatistraat Offices of Amsterdam that goes beyond the constructive conception based on the study of the prefabricated elements used for the St. Ignatius Chapel and their on-site assembly, the repeated modularity of the traditional structure in reinforced concrete of the dormitories of Simmons Hall at MIT. The architectural shell continuously reflects in the project strategies, be it a matter of a work that imposes its presence in the landscape, thus requiring the definition of a new image and identity, as in the case of the Linked Hybrid of Beijing in China, or one that appears as iridescent fragments, showing great respect for the existing buildings and surroundings as in the project for the Nelson-Atkins Museum of Art of Kansas City.
These are probably the reasons why his fascinating studio, on the fifth floor of a traditional industrial building in New York with a breathtaking view of the Hudson river, looks like a design workshop rather than an office, and an atelier where future themes and solutions are experimented on a daily basis, rather than the headquarters of an internationally known American professional. It is probably due to this continuous dedication and search for new solutions that the activities in China have been accompanied by a parallel editorial activity that has resulted in the publication of 32, a magazine created in order to establish a dialogue with a new reality rich in stimuli, the very same stimuli that Holl offers us every day with his work.