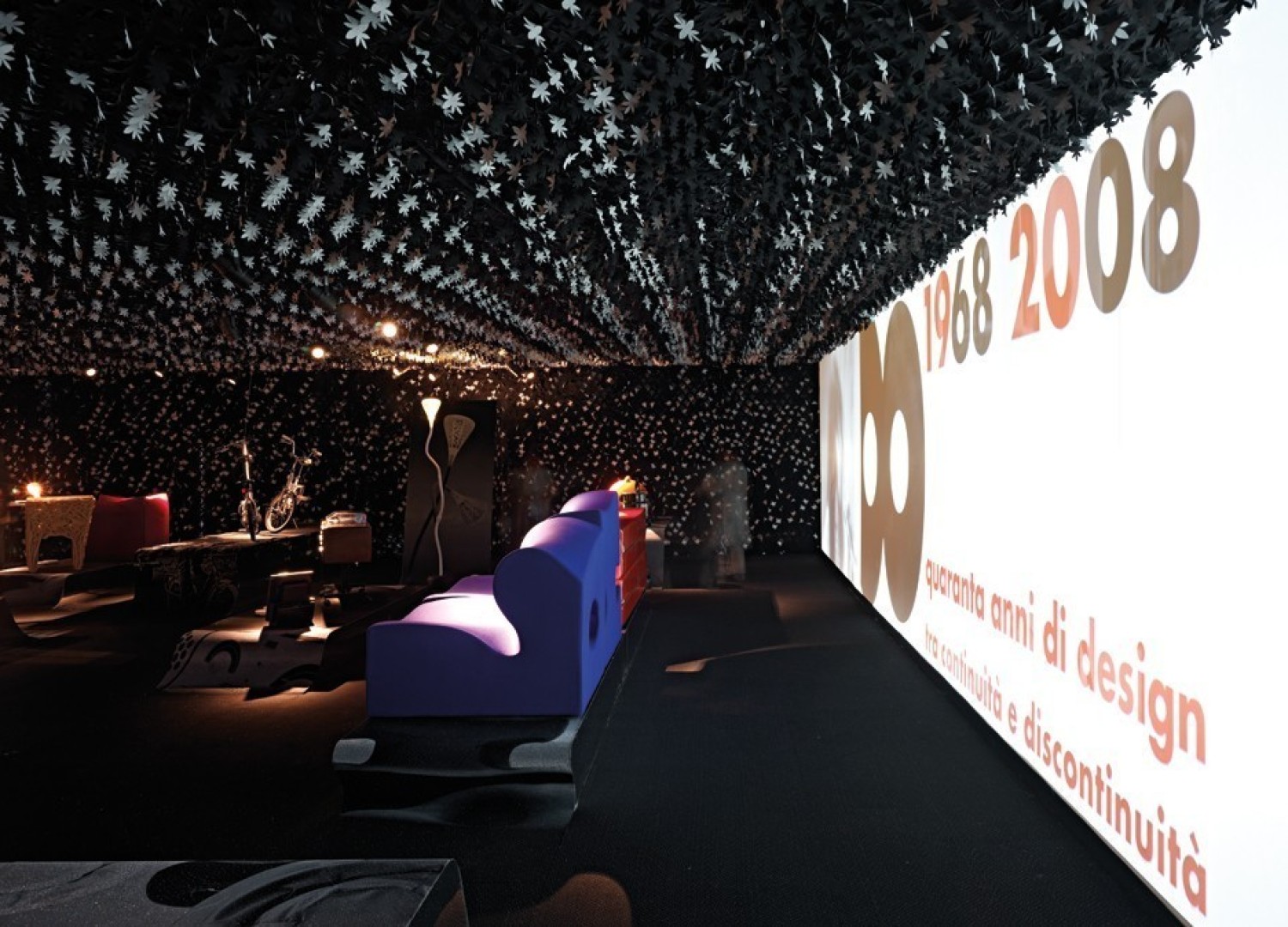 The preparation of the exhibition forms part of the events surrounding the Salone del Mobile festival in Milan. The concept is the result of research work conducted by the journal Area for the publication of the special edition 97+, dedicated to the forty years of design between 1968 and 2008. The juxtaposition of objects from different eras becomes the pretext for an interactive reflection on the design project: the object as a document of the evolution of modern society in the last 40 years, with the relative changes in cultural and stylistic patterns of life. Inside the exhibition space, the Collina Hall at the headquarters of Il Sole 24 ORE, a new volume defined by a textile covering measured by a sequence of bands like the pages of a magazine has been constructed: they are raised off the ground to become, by conjuring pages of images, the three-dimensional support of real objects. The exhibit scheme is arranged in pairs of objects, similar by type and function, but distinct by production eras, like being in front of a time mirror; the substantial caption text contribution accompanies the visitor by highlighting significant similarities and differences. On the back wall the flow of video images mixed dialogue among the greatest exponents of the Italian design tradition with cinematographic excerpts drawn from the repertory of the last 40 years of the daily consumption of design. 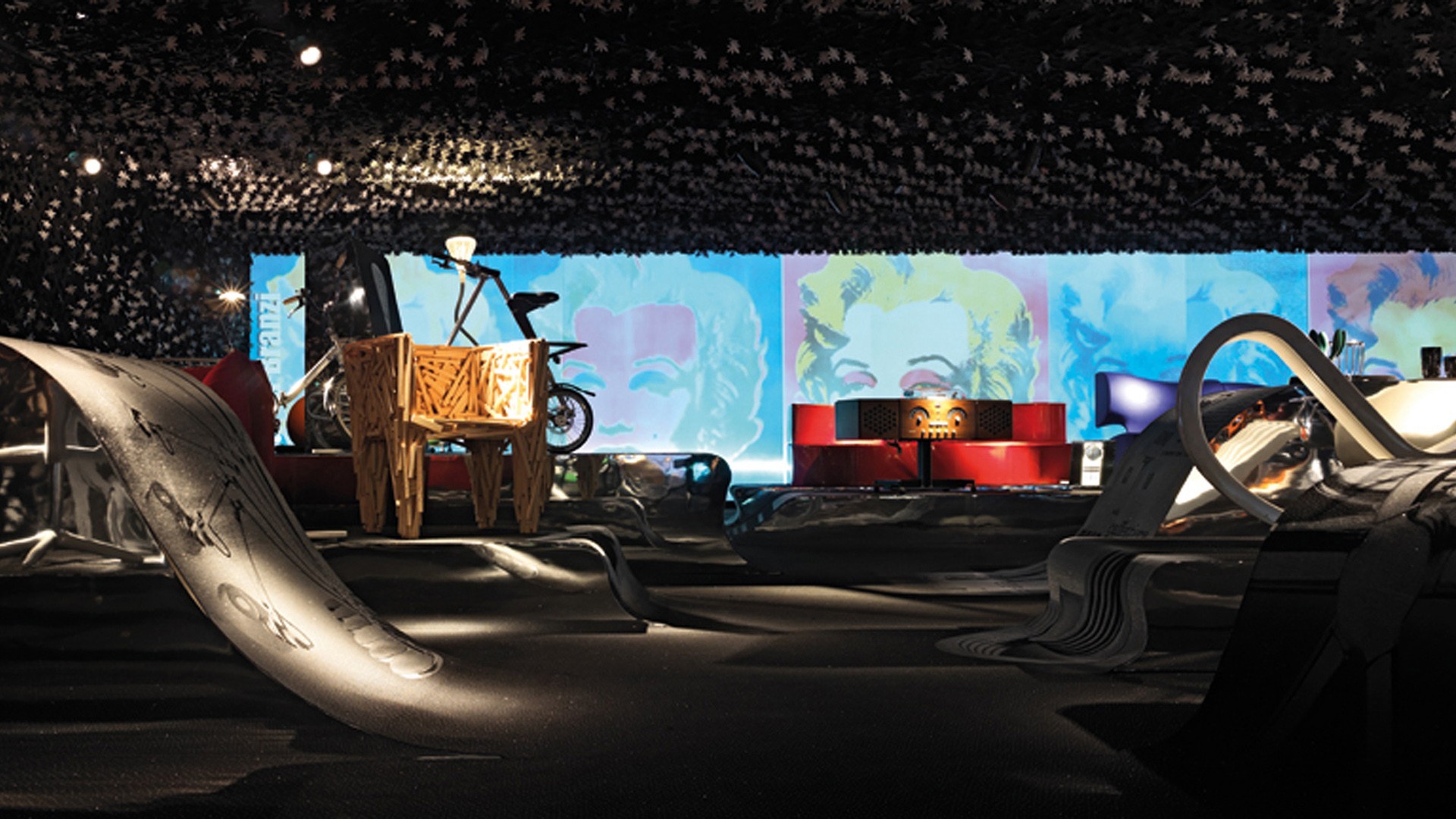 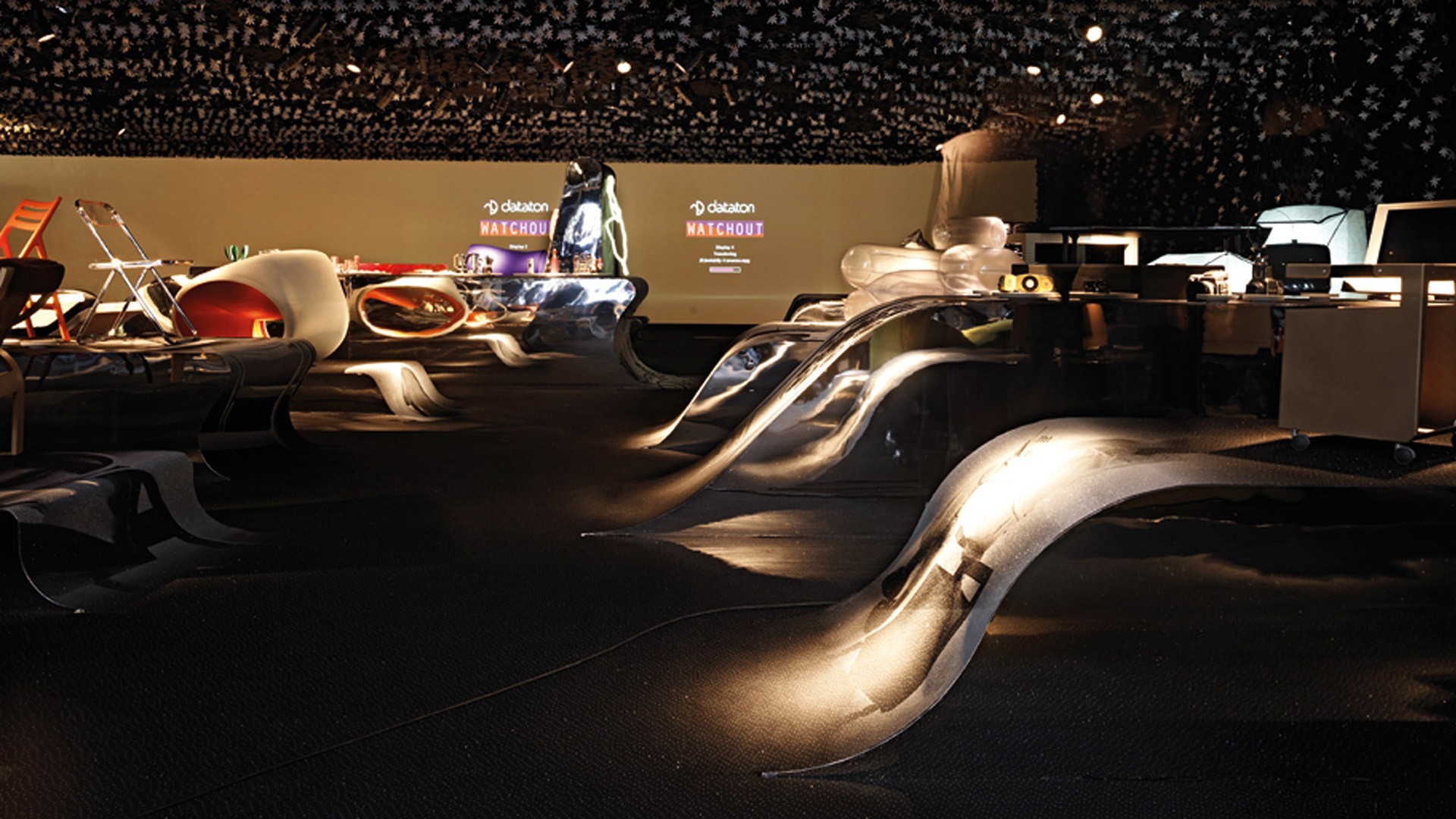 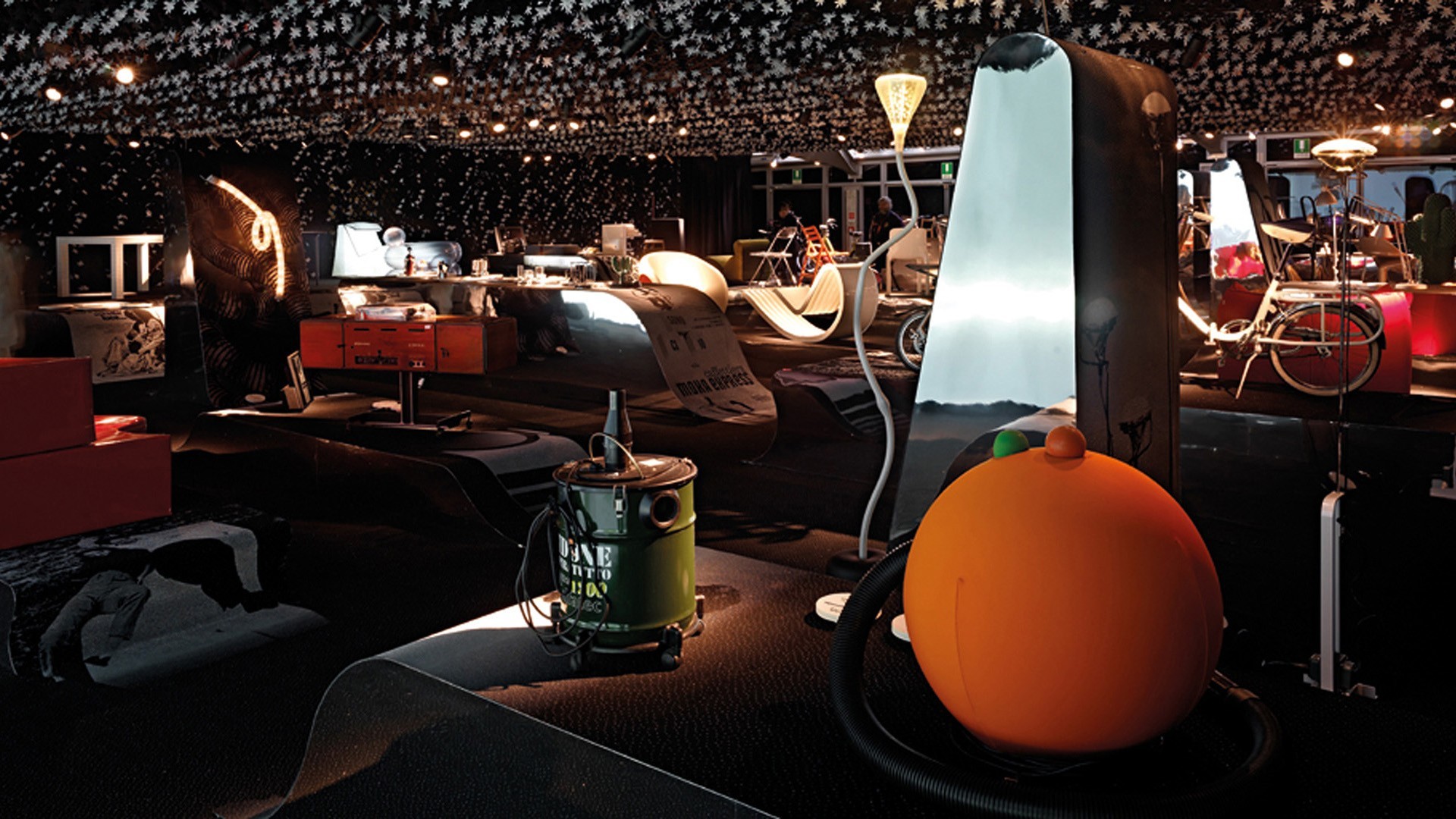