Ferrara’s Diamond Palace by Biagio Rossetti owes its name to the approximately 8,500 blocks of marble carved in a pyramid shape covering its facade. In contrast, the Diamond, as the new Udine stadium is regularly termed by fans on social networks, owes its nickname not only to the more than 10,000 satin-finished stainless steel shingles composing its rather sharply vibrating facade, but also to the surface’s overall ability to receive and reflect light. The project theme of the new facade is indeed based on the intent to make the massive volume of the sporting facility iridescent and therefore indefinite, making it shimmering and changing according to weather conditions whose colors and moods it reflects. The building ultimately reacts and interacts with the setting, taking on the sky’s blue, the sunset’s pink or the gray of clouds, attuning its value in relationship to the surrounding conditions. 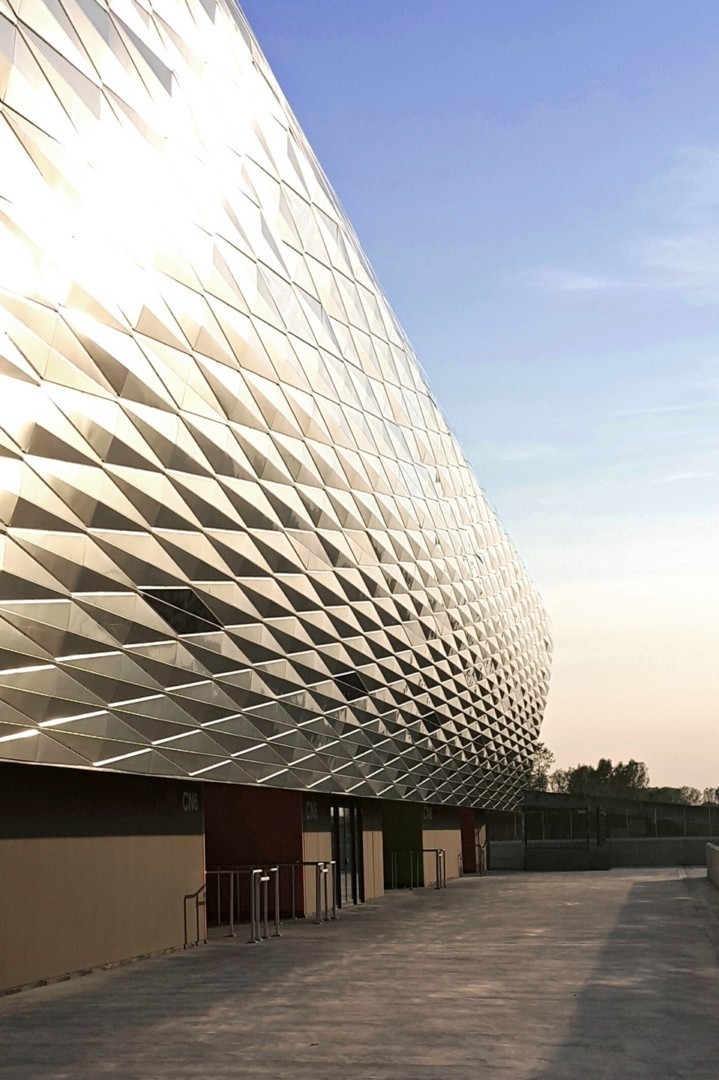 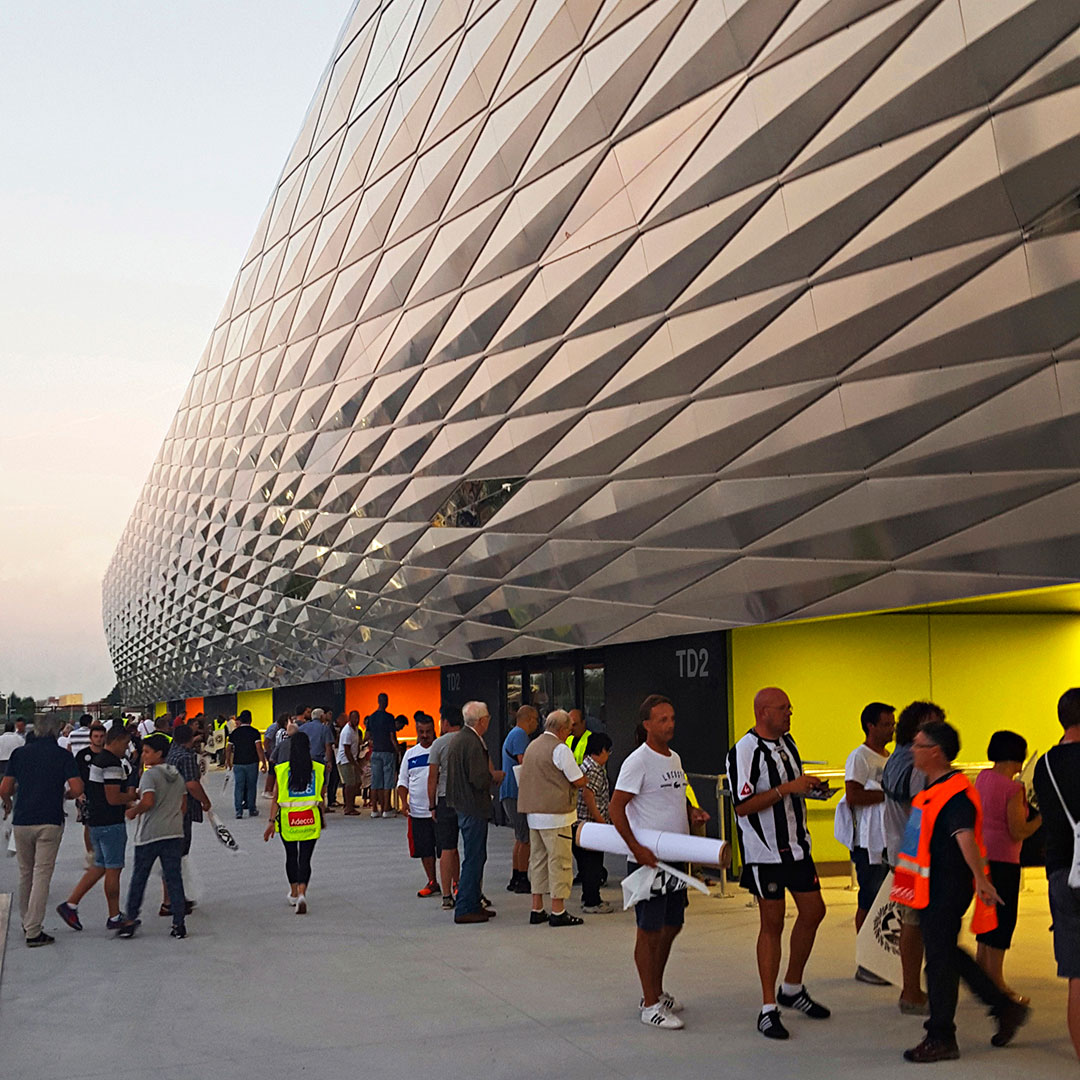 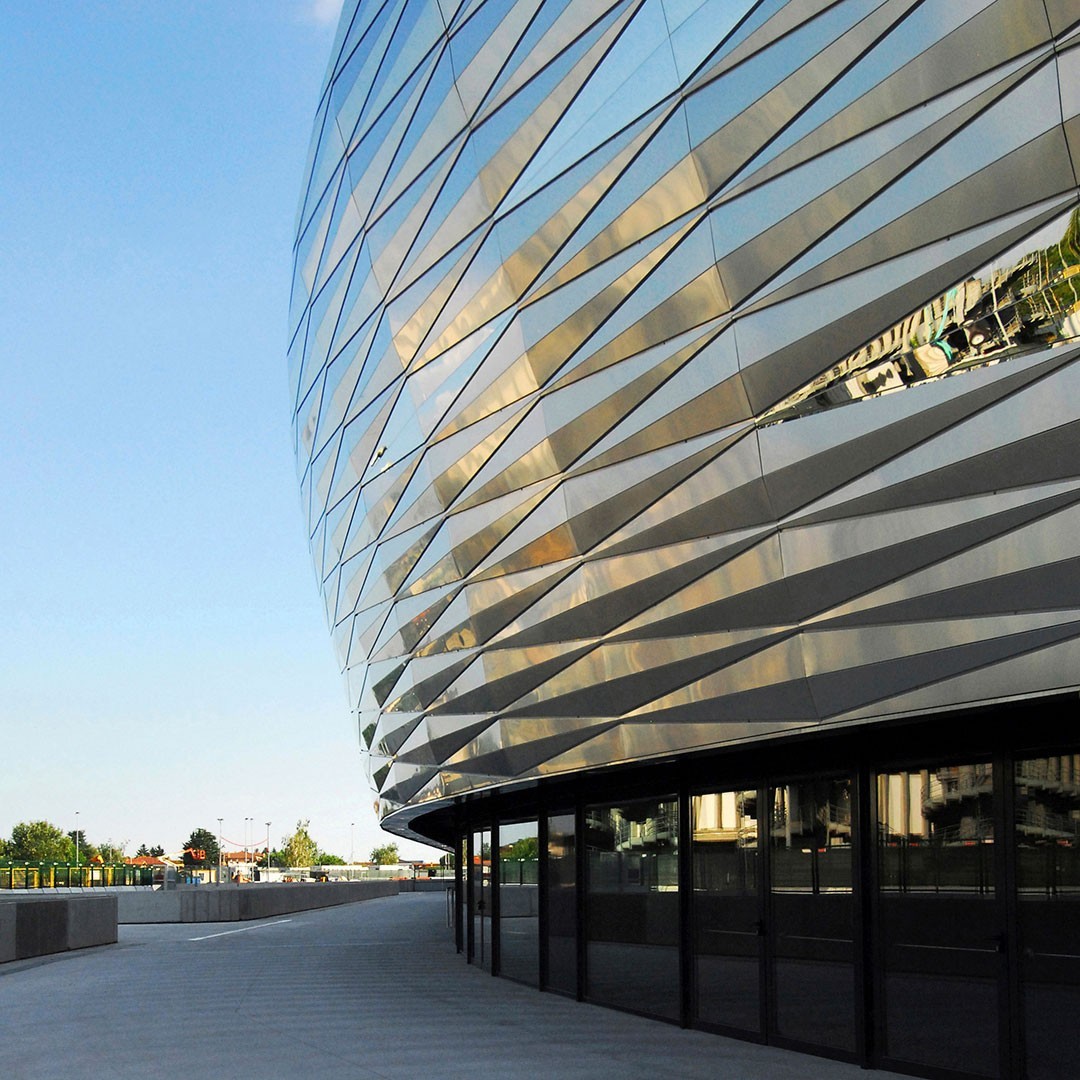 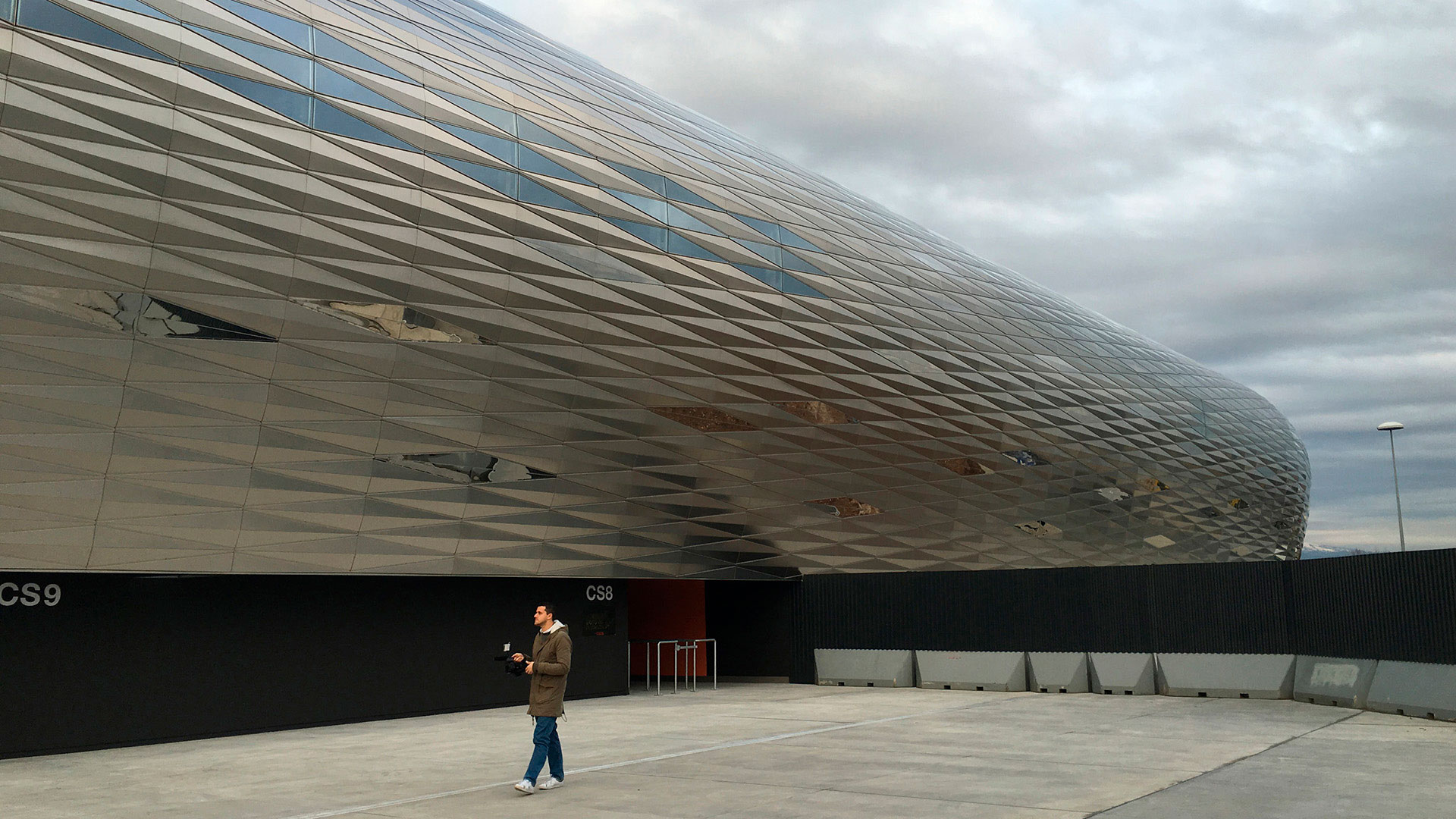 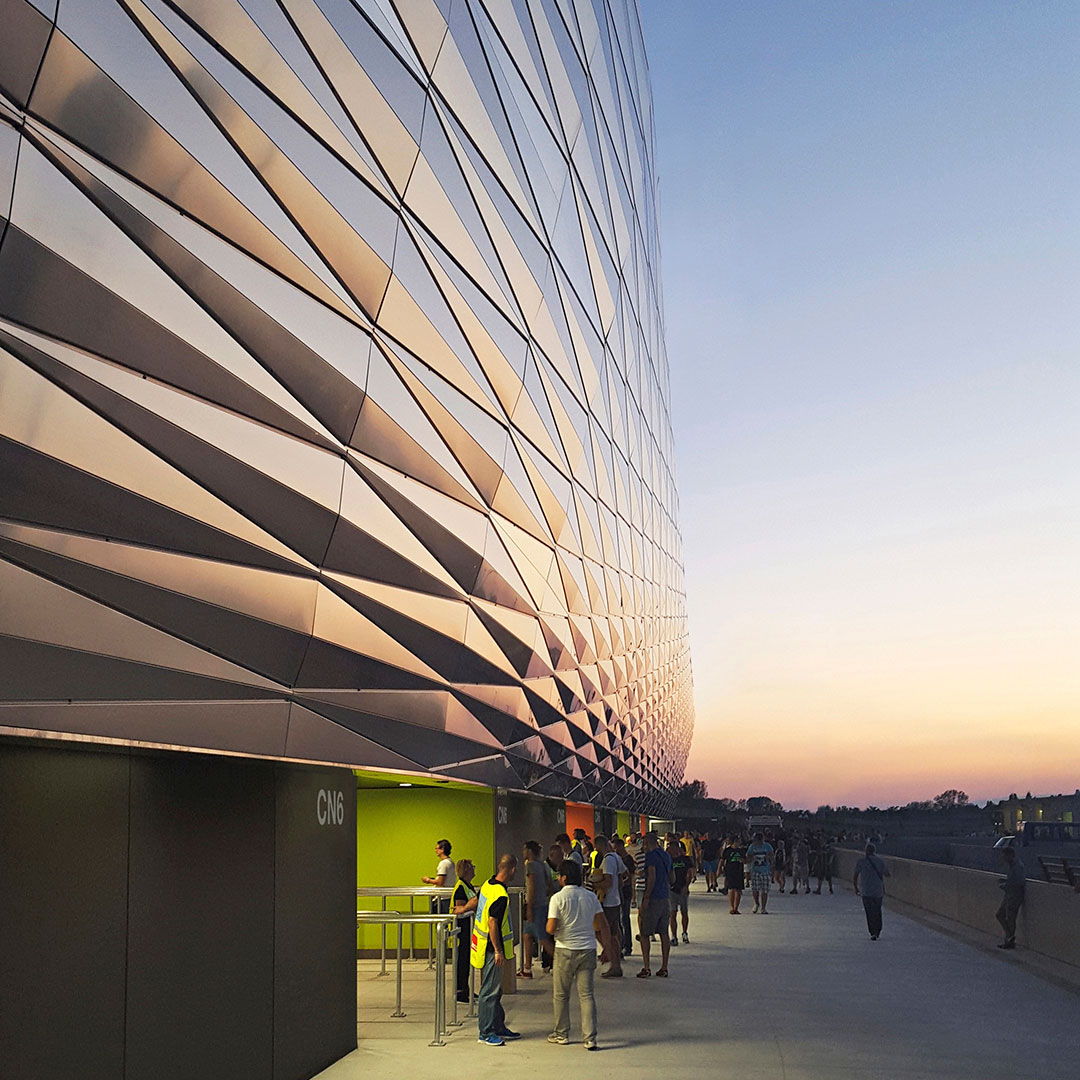 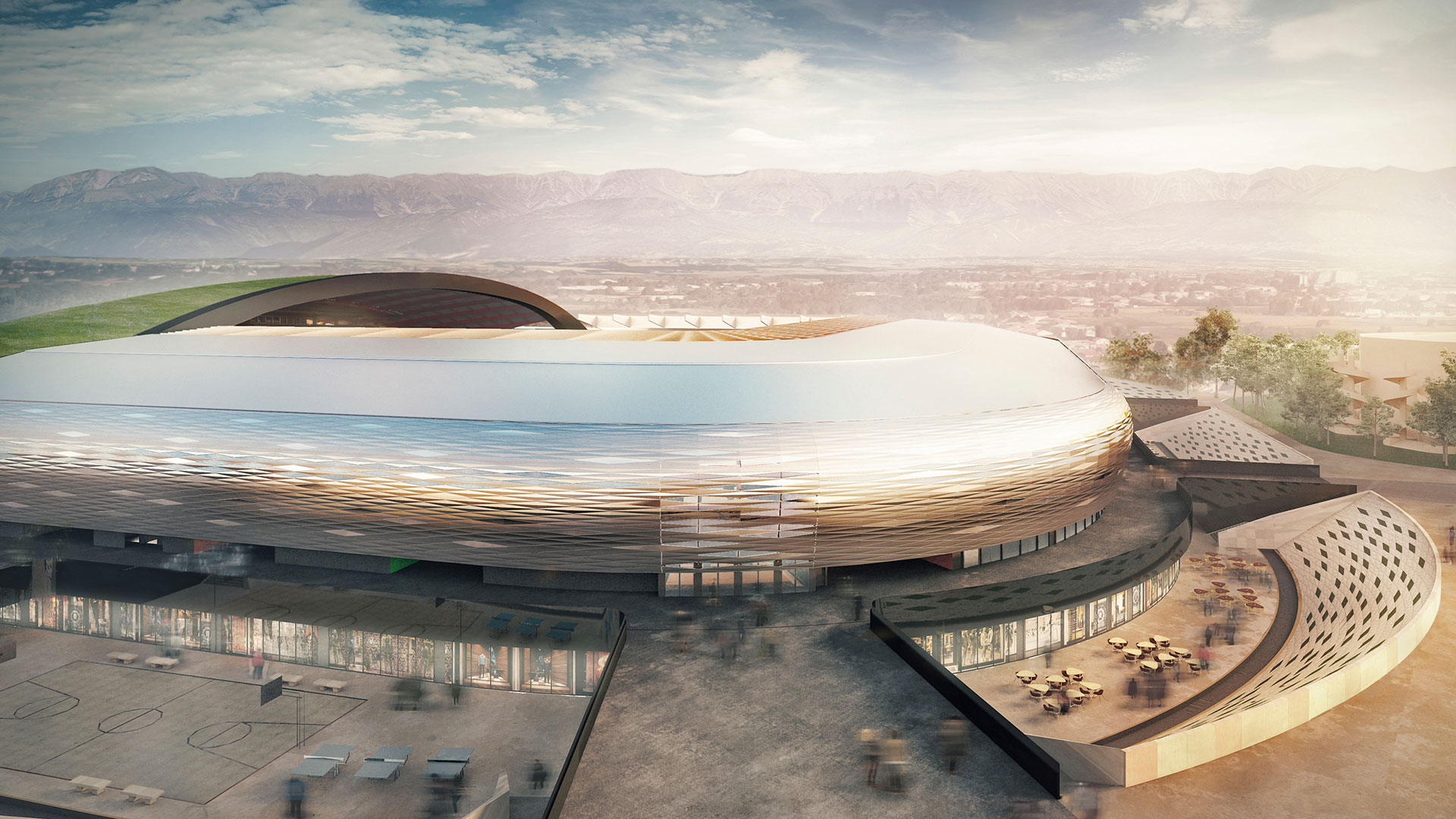