The project concerns the recovery and transformation of the 19supth/sup century building of the former Wine Warehouse on the waterfront of Trieste. The project does not modify the original volume, but takes at digging inside another completely independent, ethereal and translucent building, organized dimensionally from the metric of the wall piece taken from the original facade. The physical dislocation between the new artefact and the historic vestment allow the realization of a grand space between interior and exterior, completely covered with stone of Istria. The glass that closes the interior envelope reflects the contours of the warehouse walls and its openings allowing visibility of the activities that take place inside. The new volume is developed on four levels: the lowest level, completely underground, is used as a parking facility; the one above, at a lower level with respect to the city level, is illuminated by the space created between the original envelope and the new one; the ground floor, raised to 80cm above the street, recovers the old security level with respect to the maximum level of the tide; the new mezzanine floor, while surpassing the height of the perimeter walls, reaches the same top level of the original destroyed roof pitch. 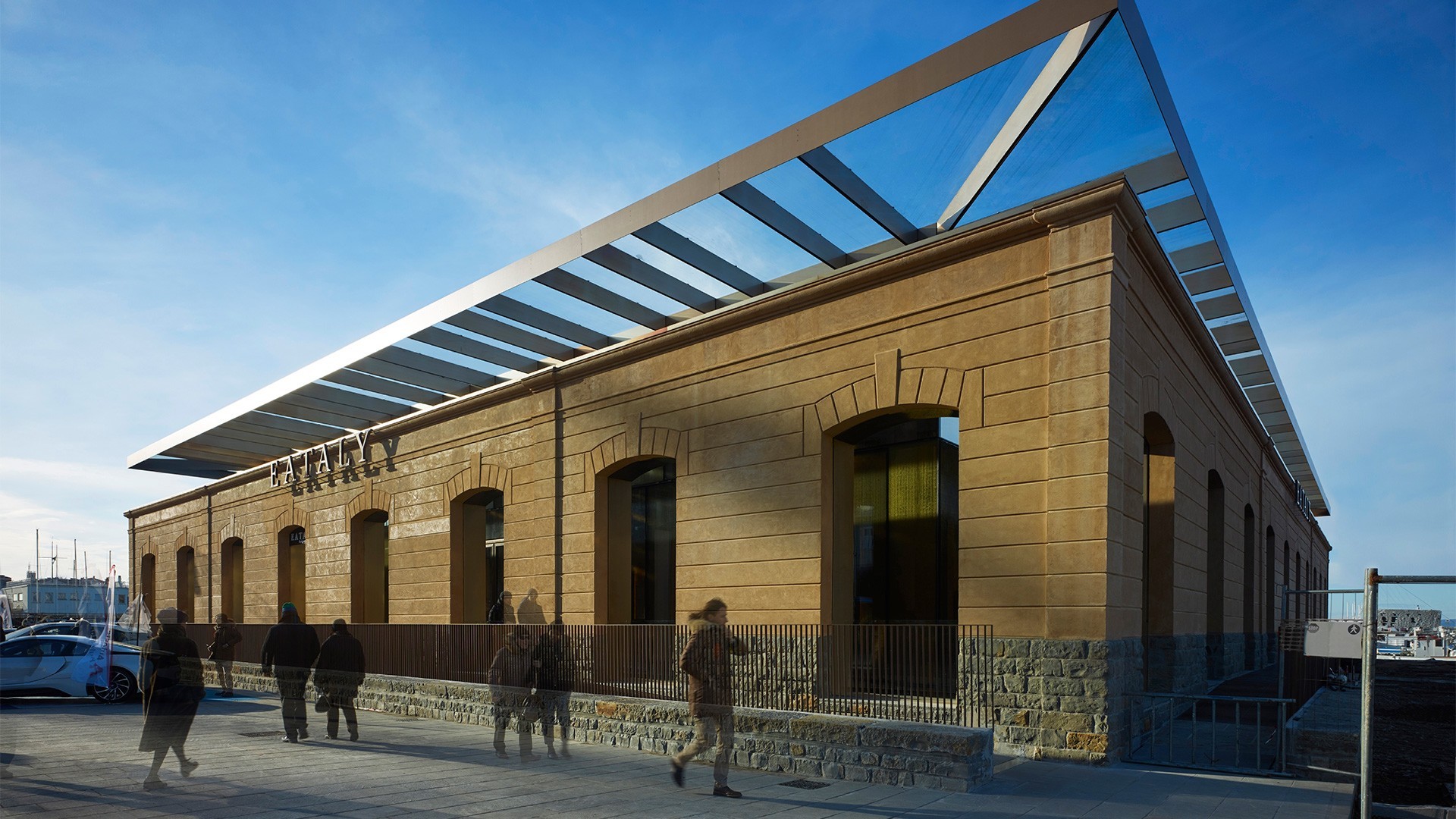 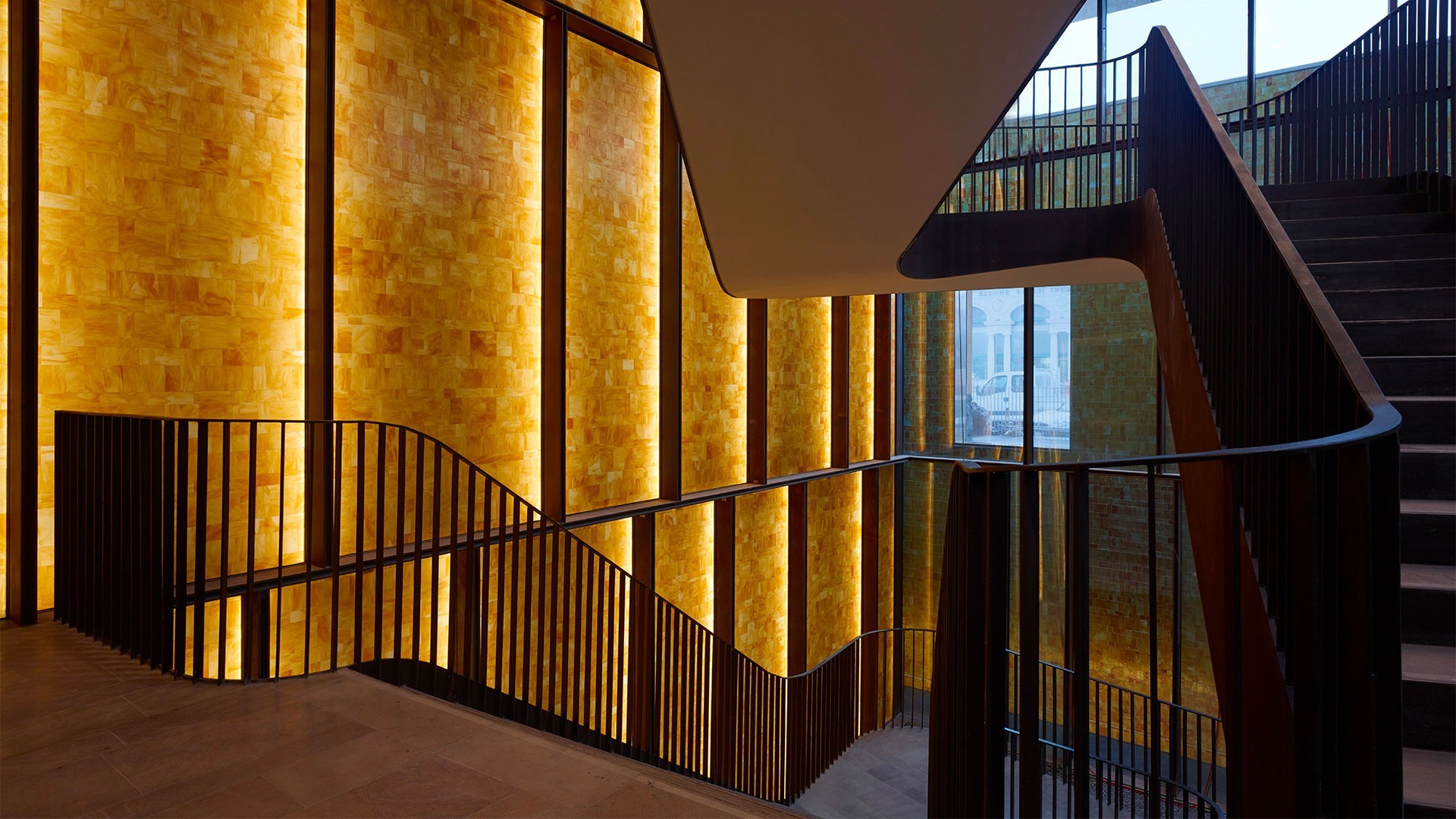 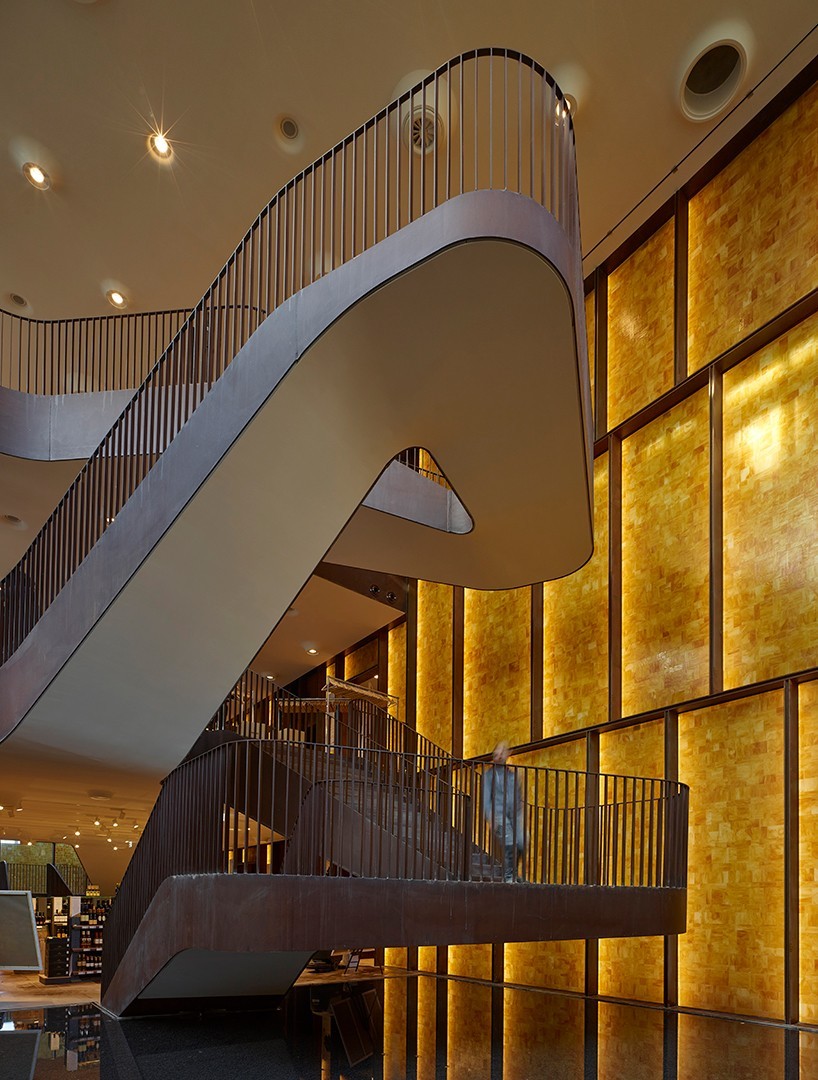 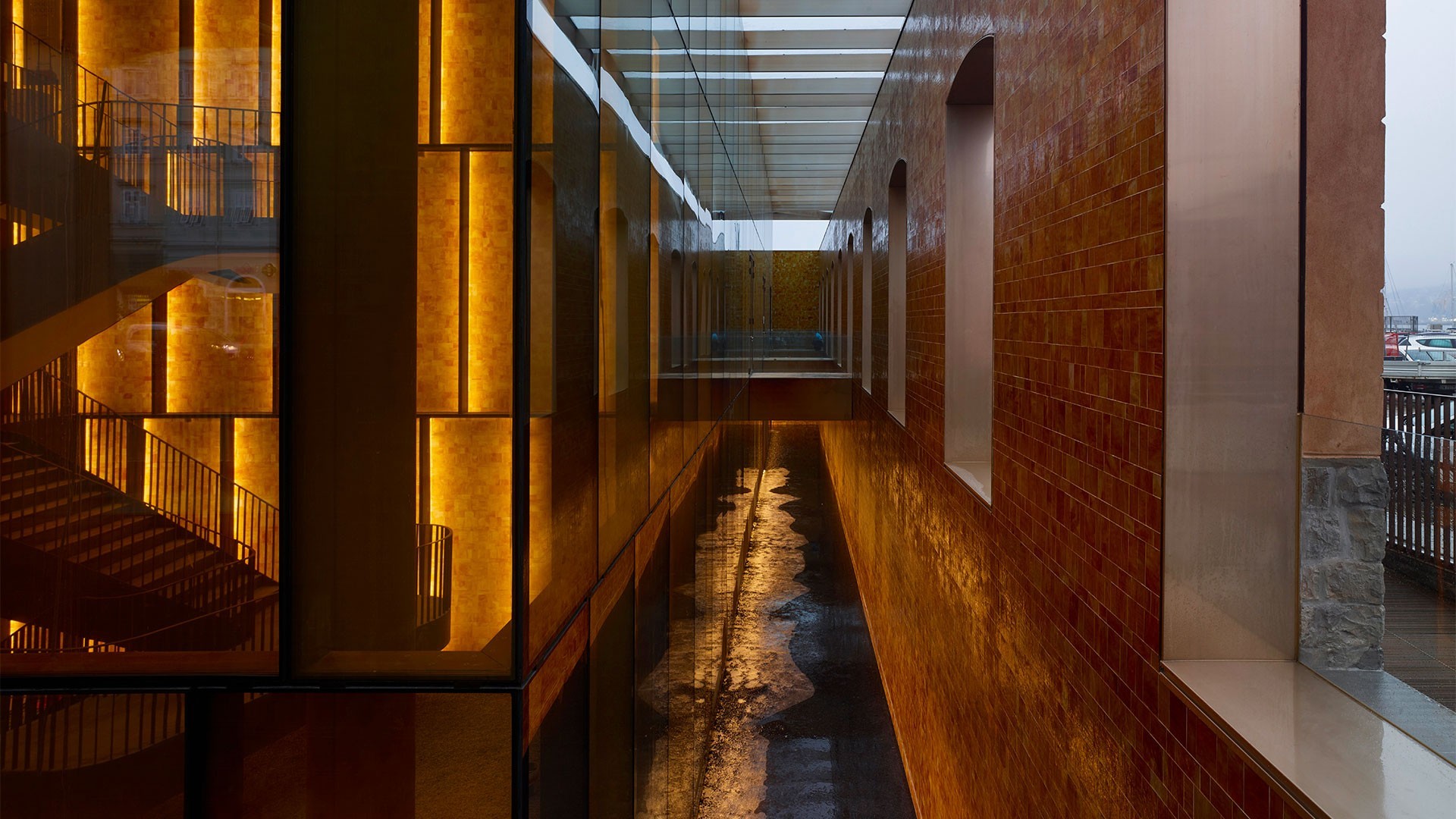 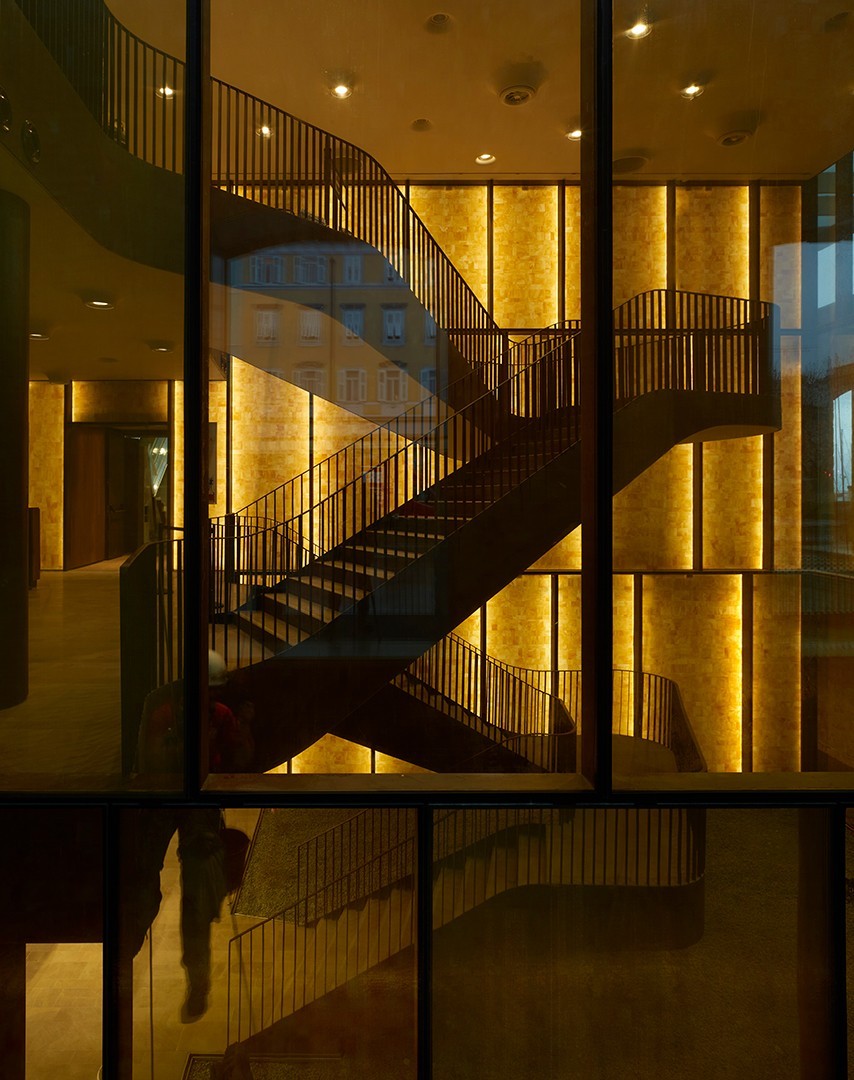 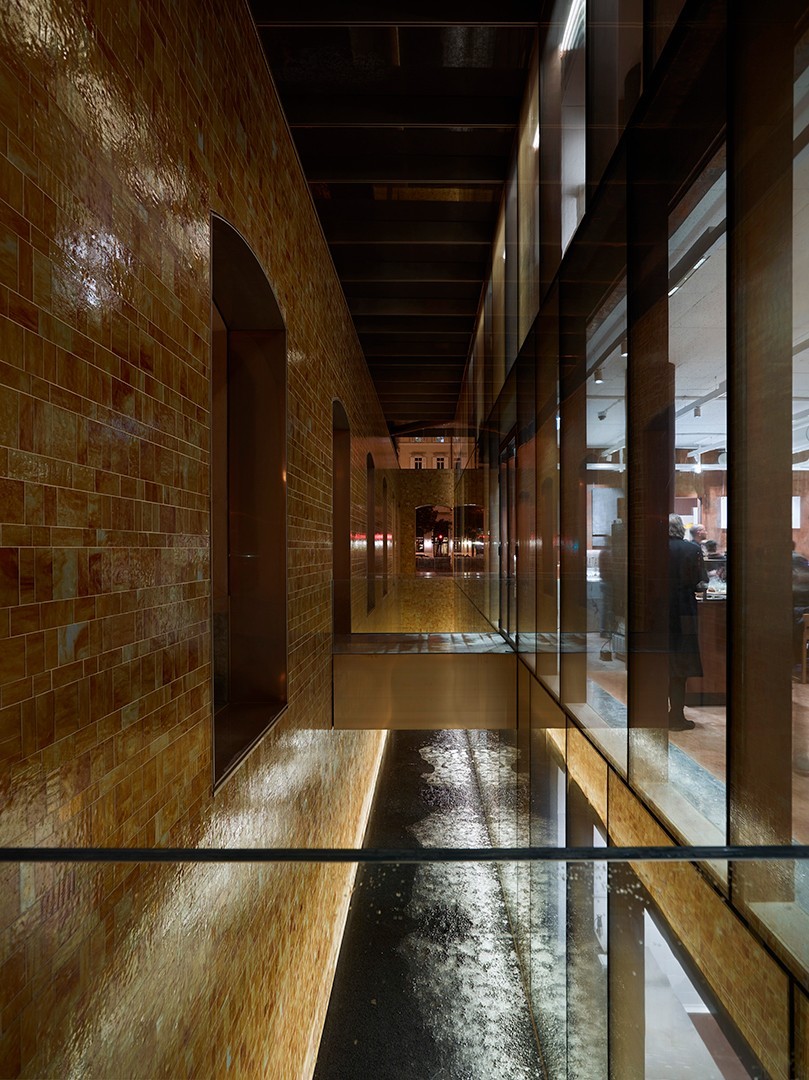 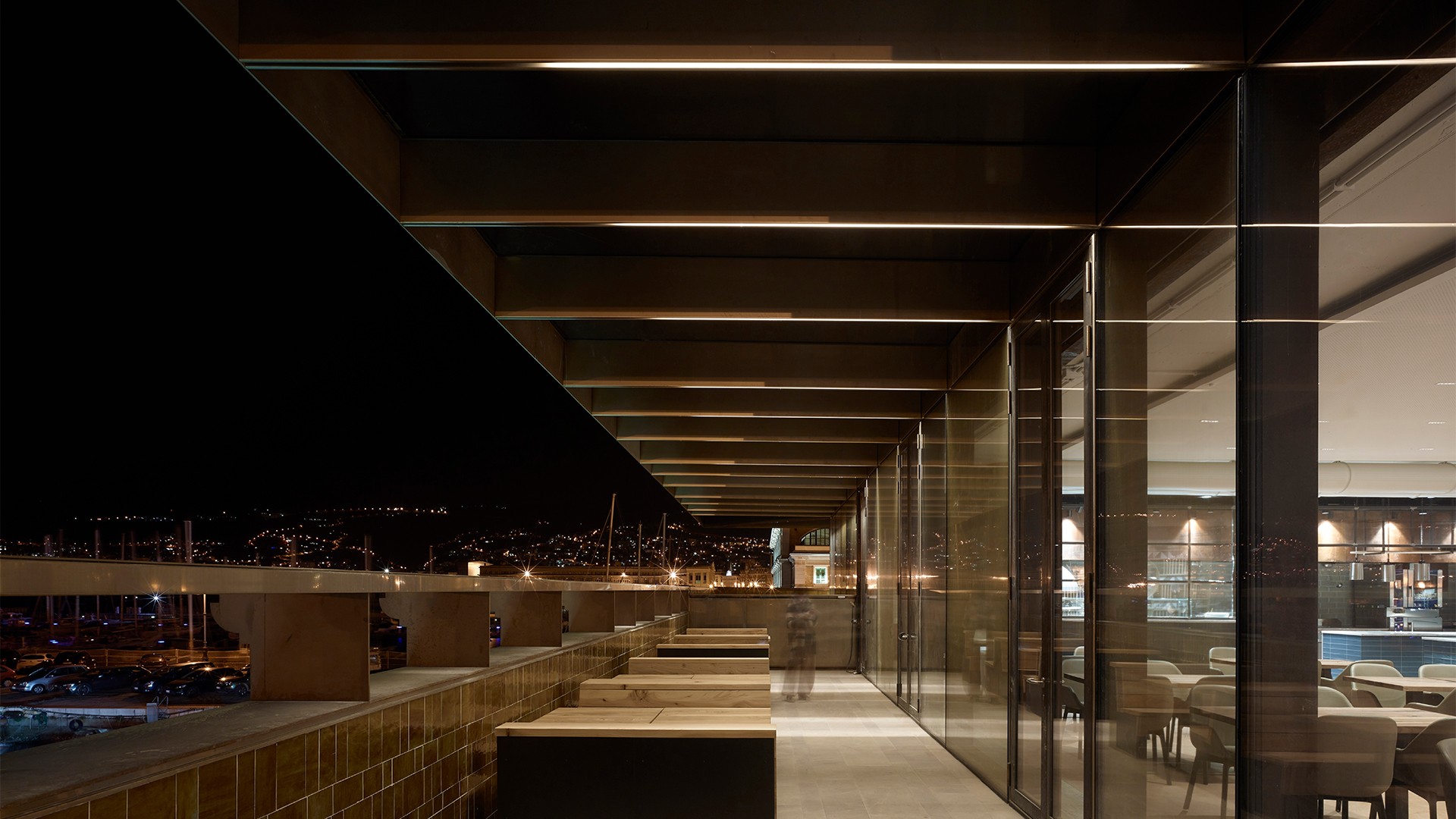 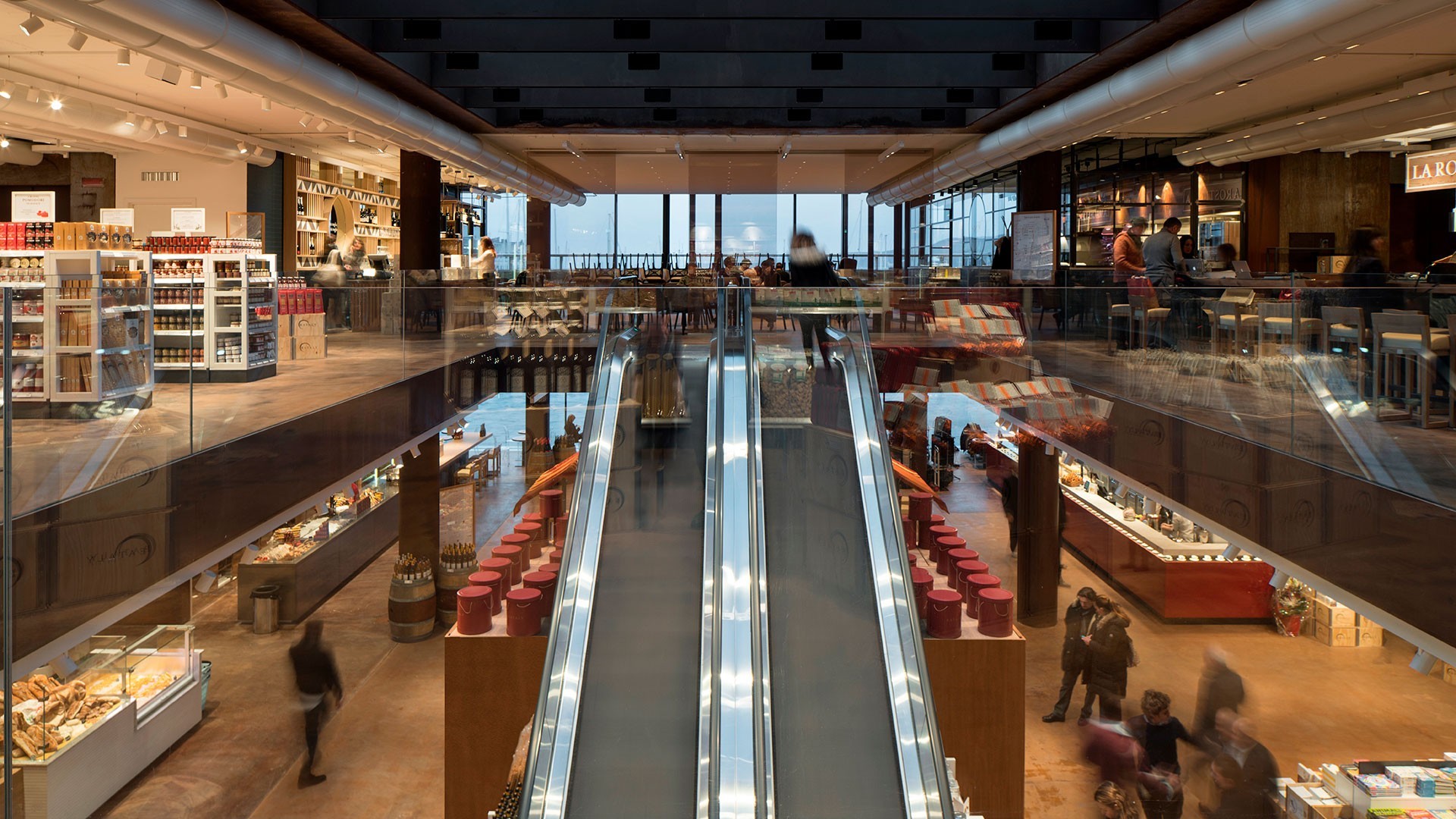 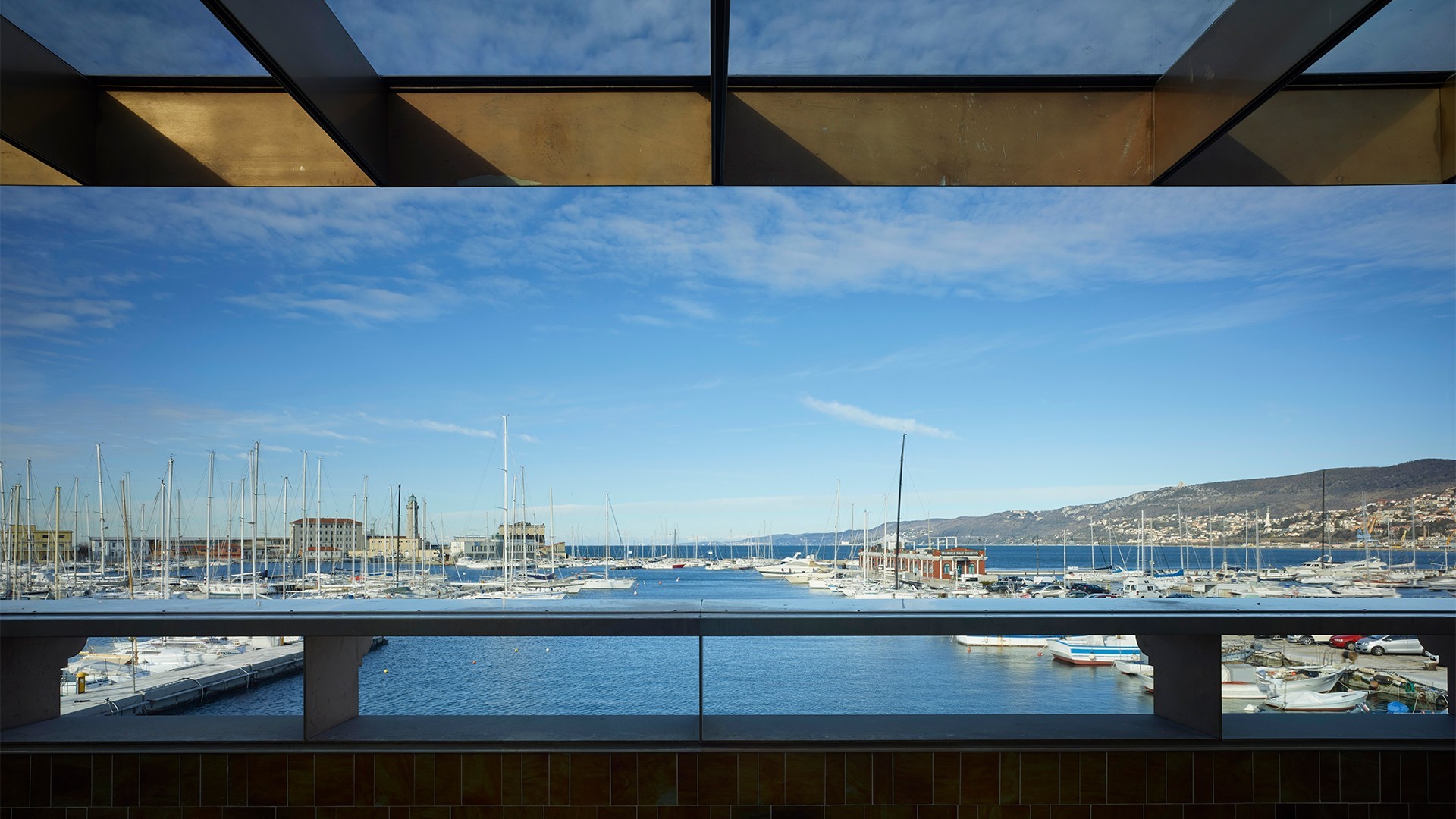 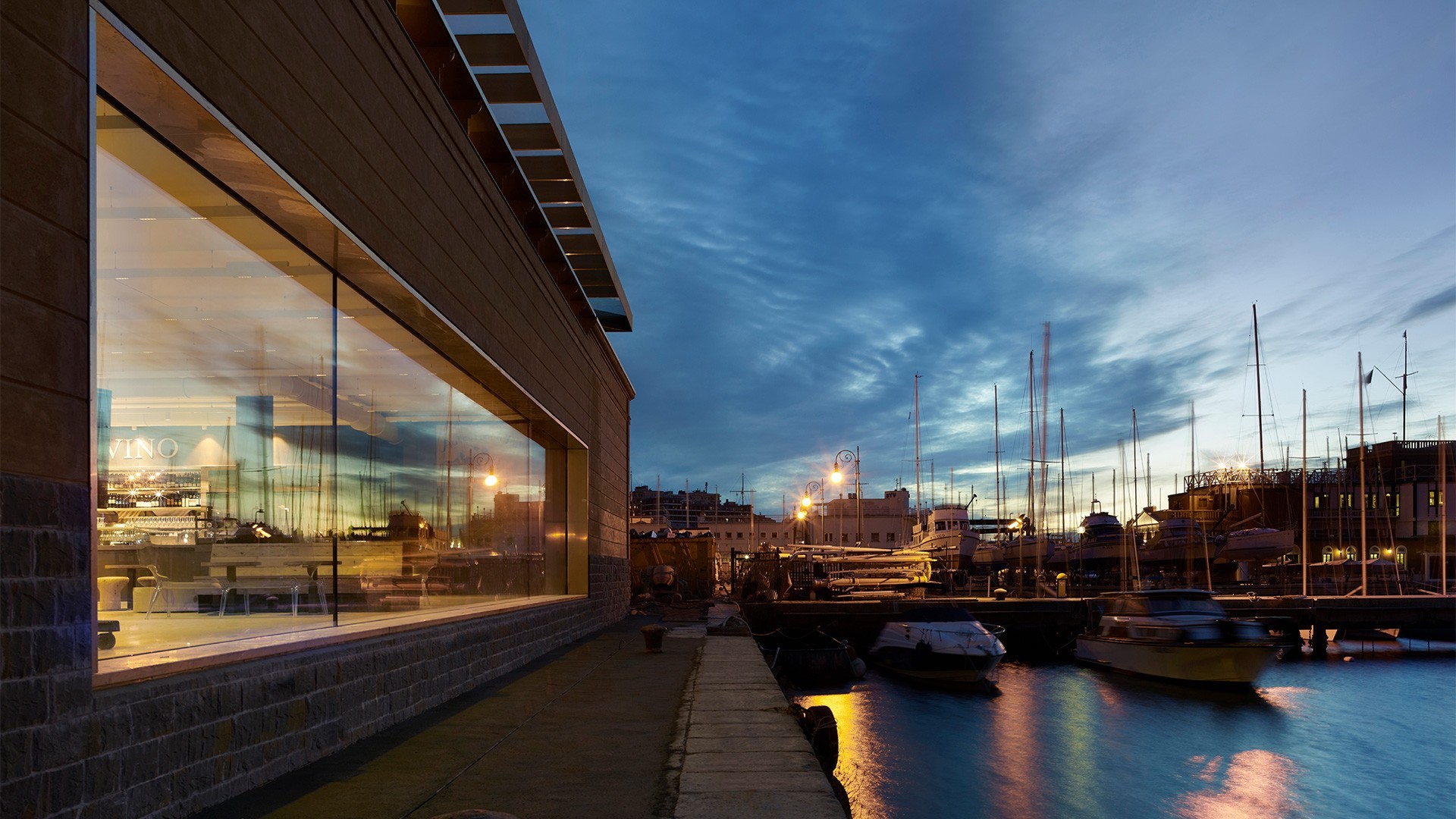 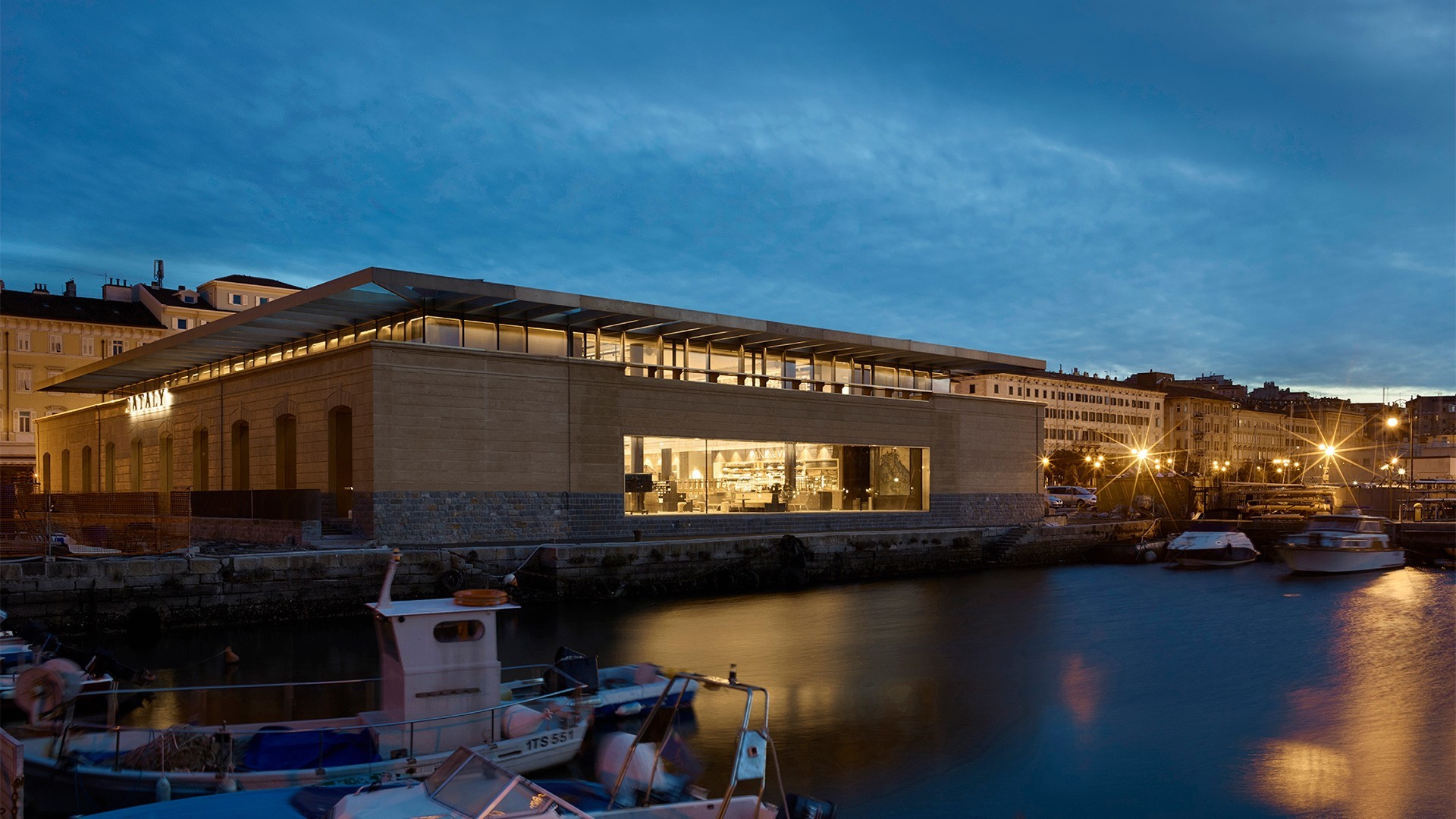 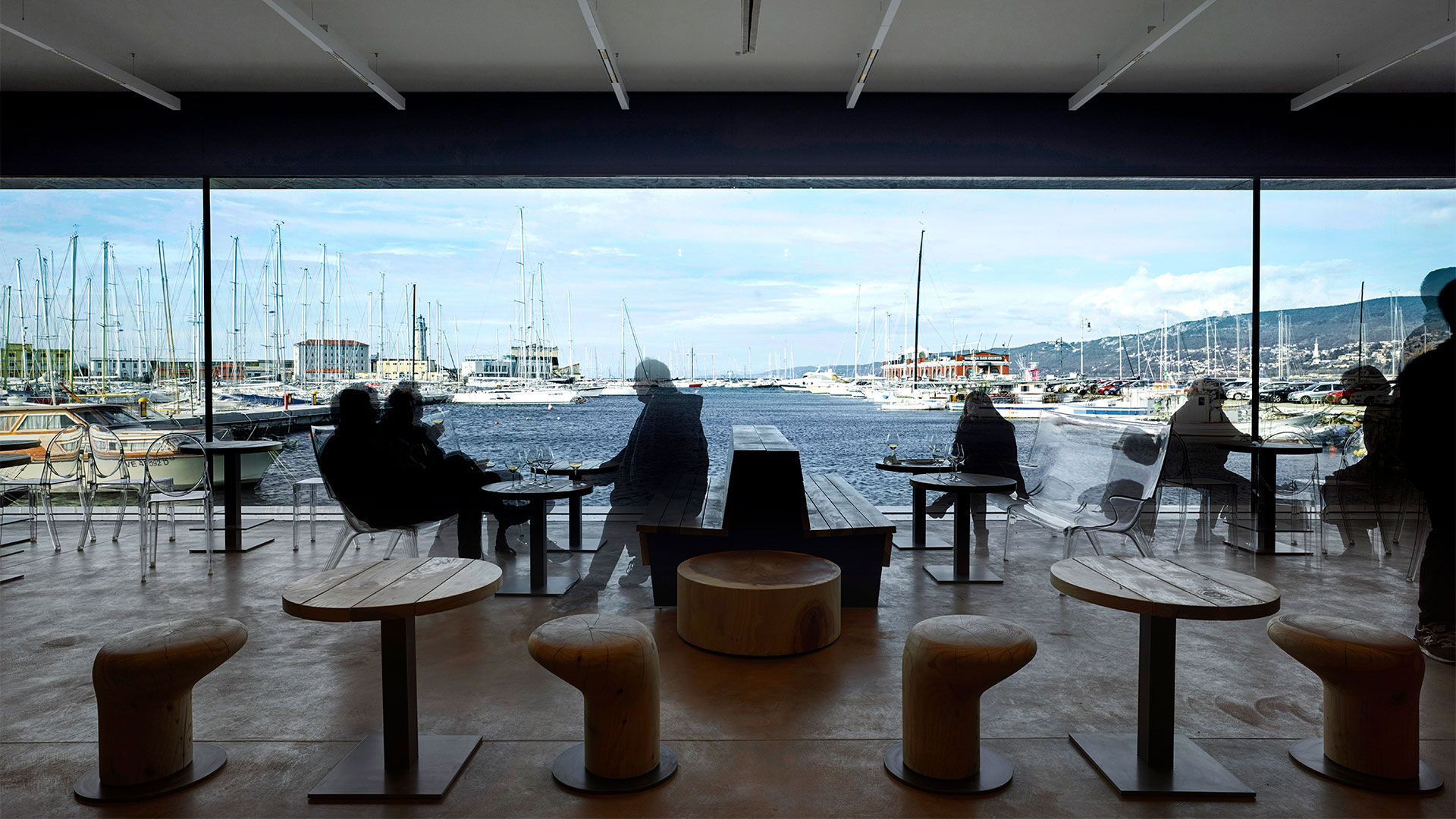 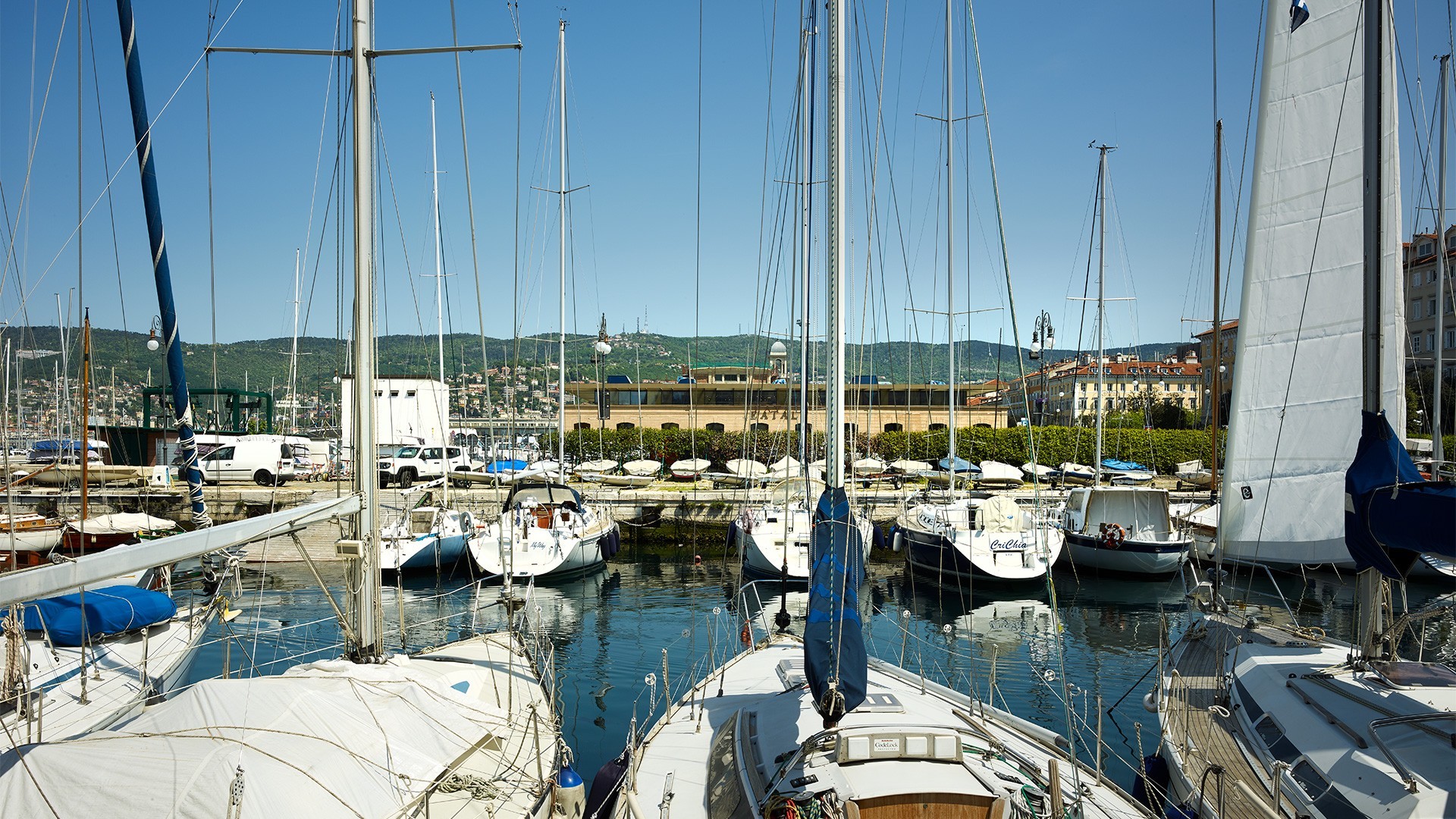