The urban context in which the new architectural blocks, called H25 and I20, are inserted is heterogeneous and diversified.

The two blocks of the project, I20 and H25, identified in the PdR of the former Fiat Area of Novoli, are located on the edge of the San Donato park, to define a sequence of urban wings that continues with lots H26 and H27 soon to be built. The intention was to reconnect and reconnect different urban accents and building connotations in a harmonized unicuum.

The strategy adopted aims to recreate a unified and uniform front towards the park. The modelling of the external envelope together with the design of the private and public residential spaces are at the basis of the concept of opening towards the outside and are aimed at the natural component of the place that prevails absolutely in the project, amplifying the vegetal elements of the gardens and internal courtyards, using materials that can be traced back to the earth and to the warm tones of the existing urban context, until widening the perspective views of the internal environments towards the outside. In particular, the design concept starting from the façade is characterized by an architectural system that prefers the “emptying” and material excavation of the architectural mass, through different types of voids in the façade. Accessible loggias, facing non-practicable slabs, defined by inclined planes and double heights, are modelled, oriented and cut out by triangular plan elements which, like “spurs”, define the perspective breakthroughs and rhythmically mark the vertical surfaces, directing the view towards the green panorama. The greenery component also emerges in the roof plan: the use of open spaces is enriched by the light metal equipment of the gazebos in the private terraced gardens. The concept of naturalness has been flanked by sustainability, with plants for the production of renewable energy through photovoltaic and solar thermal systems integrated with the architecture. 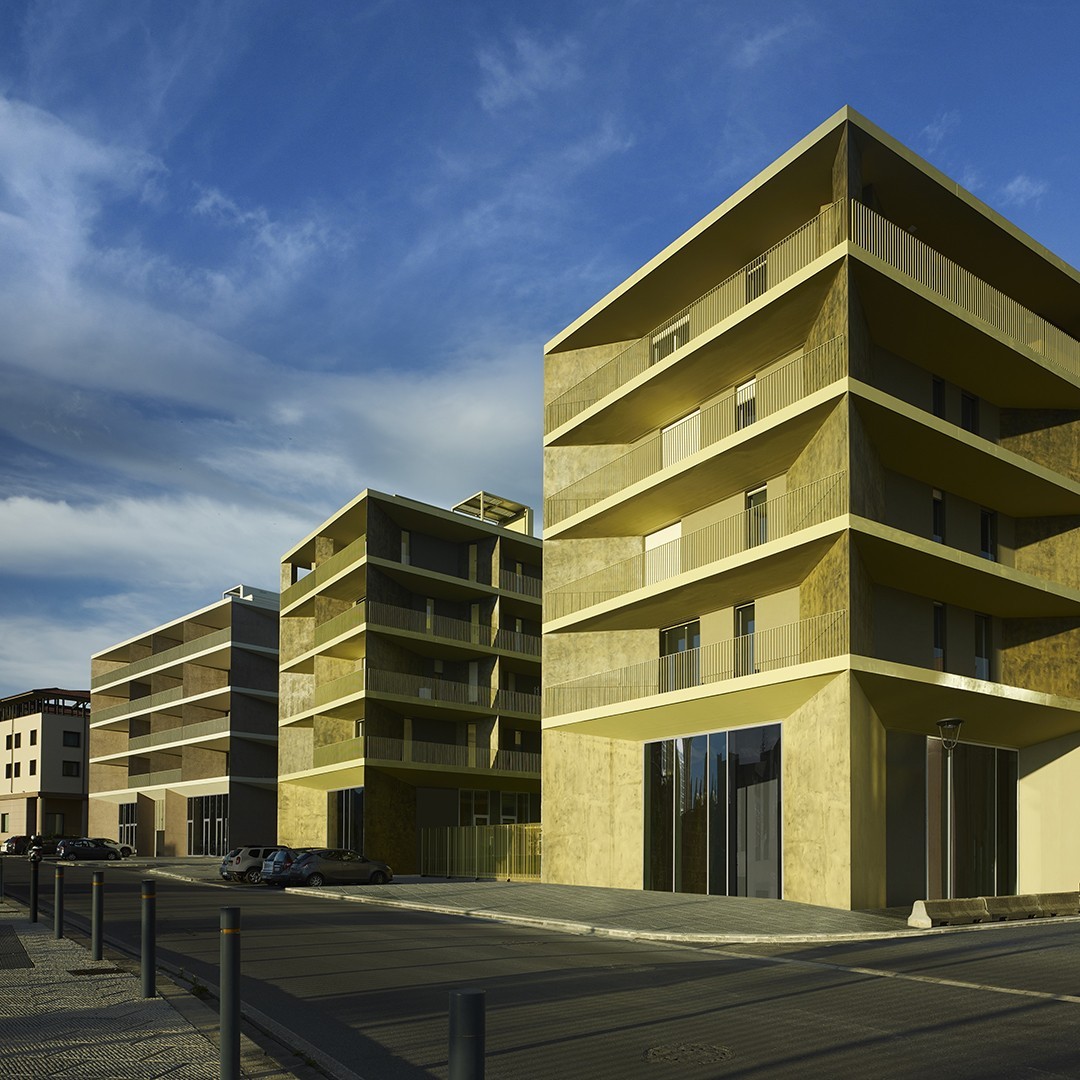 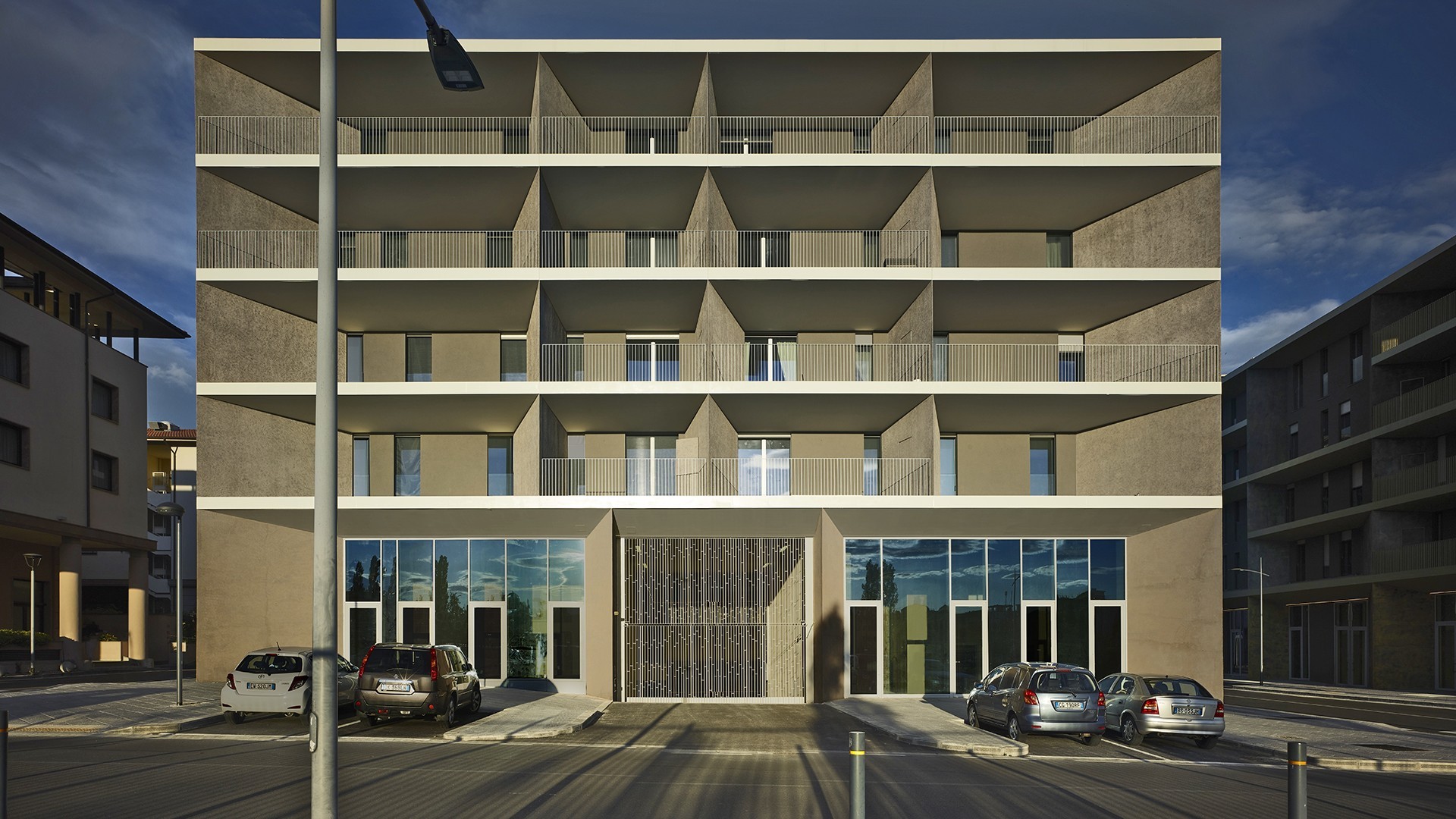 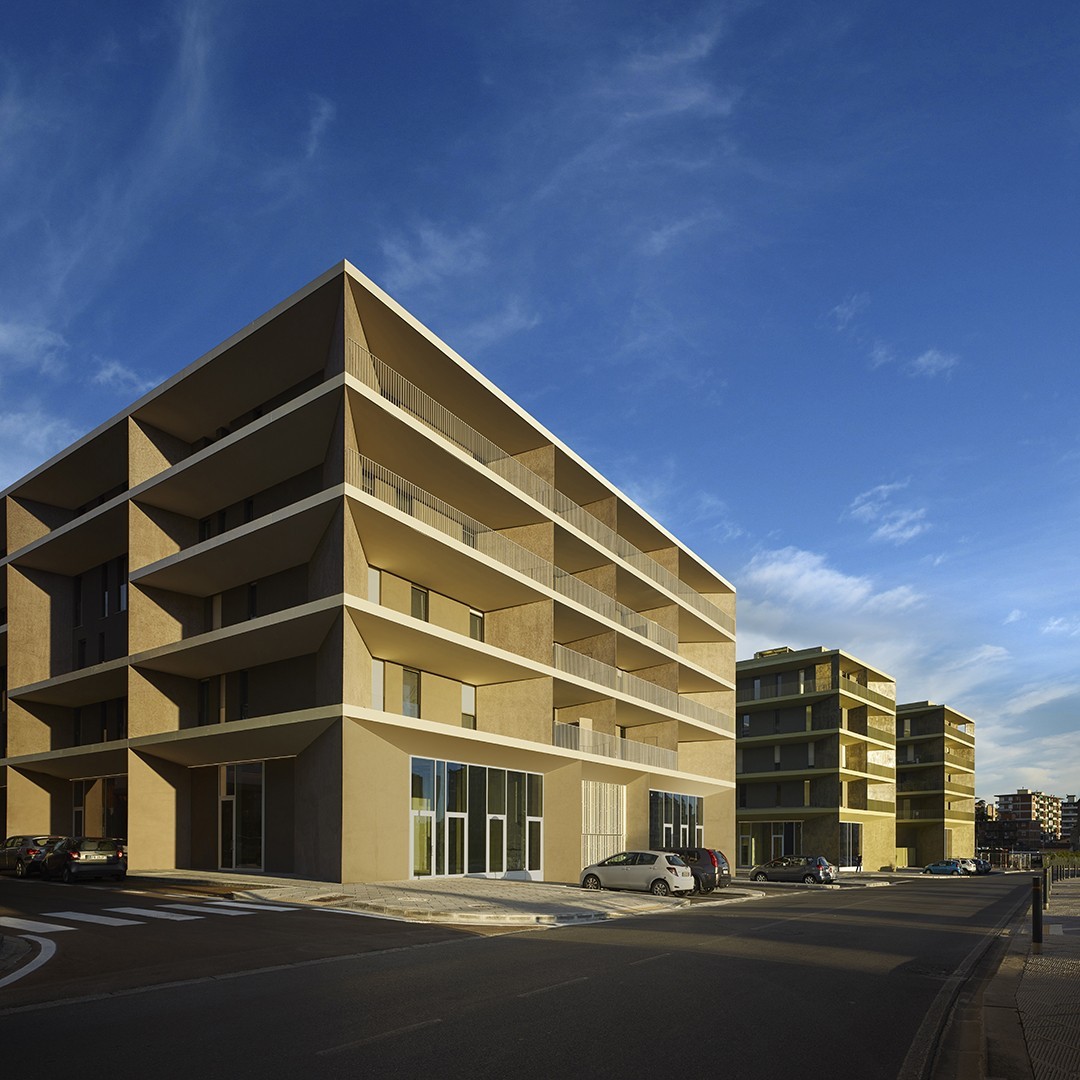 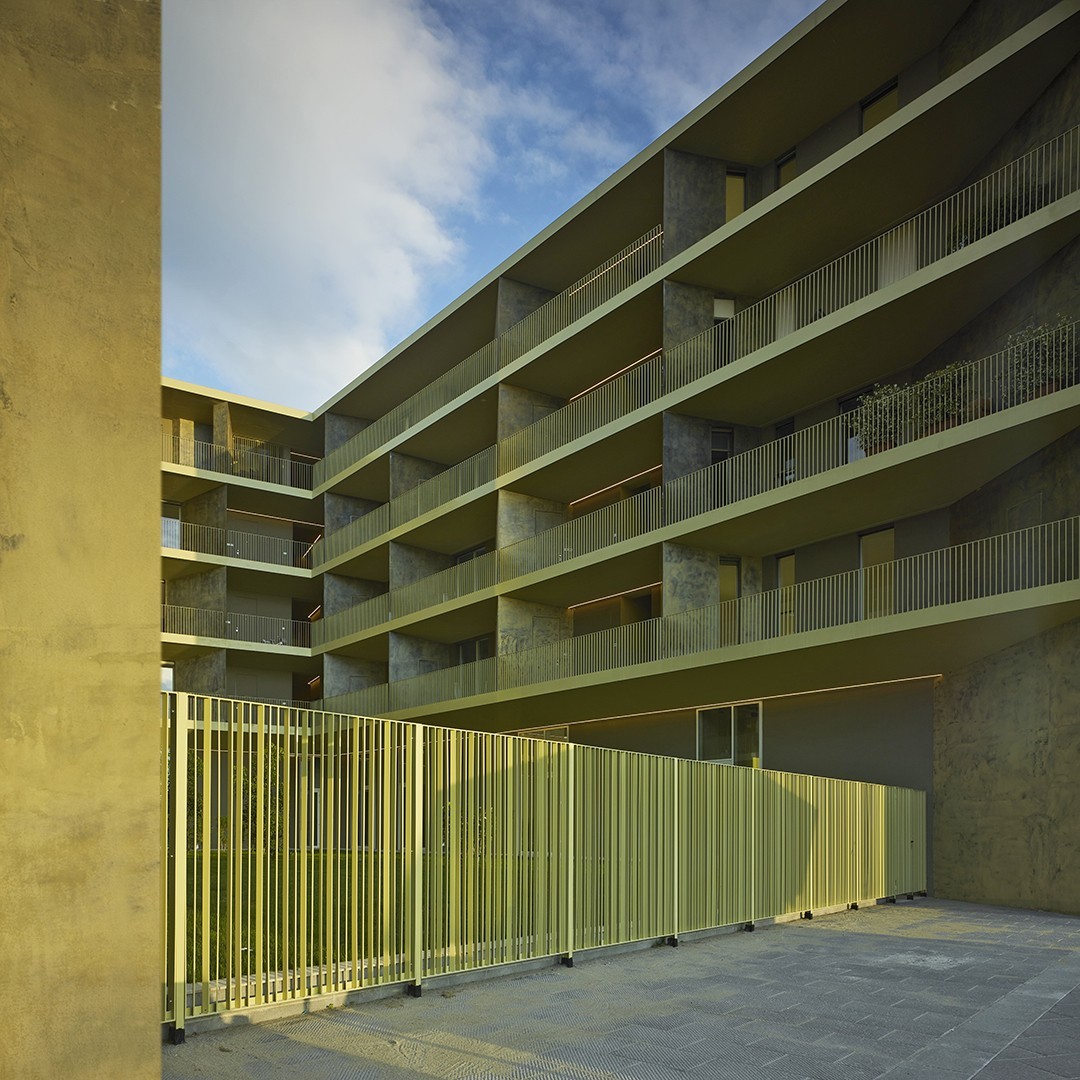