The cooperation agreement signed in November 2007 between the Shanghai Jiao Tong University and the Italian Ministry of the Environment and Protection of the Territory and the Sea has resulted in the construction of the GEL, acronym of the Green Energy Laboratory. The building, designed by Studio Archea in collaboration with the engineering firm Favero & Milan which has planned the structures, has been built by the Minhang campus of the Jiao Tong University. It was completed in April 2012 and opened on the following 19 May 2012 in the presence of the Minister of the Environment, Corrado Clini.
Created as research centre and laboratory for the analysis and diffusion of low carbon emission technologies in the construction and housing sector, the GEL is conceived as a compact body surrounding a central court, covered by a large skylight that can be opened or closed depending on the season, a solution chosen due to its functional characteristics in terms of distribution and energetic optimization. The space, surrounded by access balconies, is configured as a void that optimizes energy consumption; on sunny winter days it functions as an accumulator of heat, and in summer it acts as a chimney, aspirating the hot air produced in the interior.
The building has three floors with a total surface area of 1500 square metres above ground, and a maximum height of 20 m. The first two floors host laboratories, meeting rooms, a control room, classrooms for the students and an exhibition space; every interior has windows on two sides, to the exterior and the inner court. The third floor hosts two sample apartments, the simulation of a two-room flat and a three-room flat covered by a pitched roof with photovoltaic panels, realized as platform for tests on residential types of spaces, to experiment with energy-efficient systems and buildings.
The orientation of the building and its rectangular shape, along with the façade and the glazed interior court, are conceived to maximize the natural ventilation and to control exposure to the sun, in order to obtain an ideal interior climate with a minimum expenditure of energy. The façade, the distinctive feature of the exterior volume, consists of a double skin: an internal layer in glazed cells that provide waterproofing and insulation and an external one consisting of earthenware shutters that serve as sunscreens, to shade and regulate the illumination in the working spaces inside. The HVAC system has been designed on the basis of a main system (CHPC/WHP) combined with other, dedicated ones of smaller dimensions that are interchangeable according to the tests and research work done in the different laboratories. 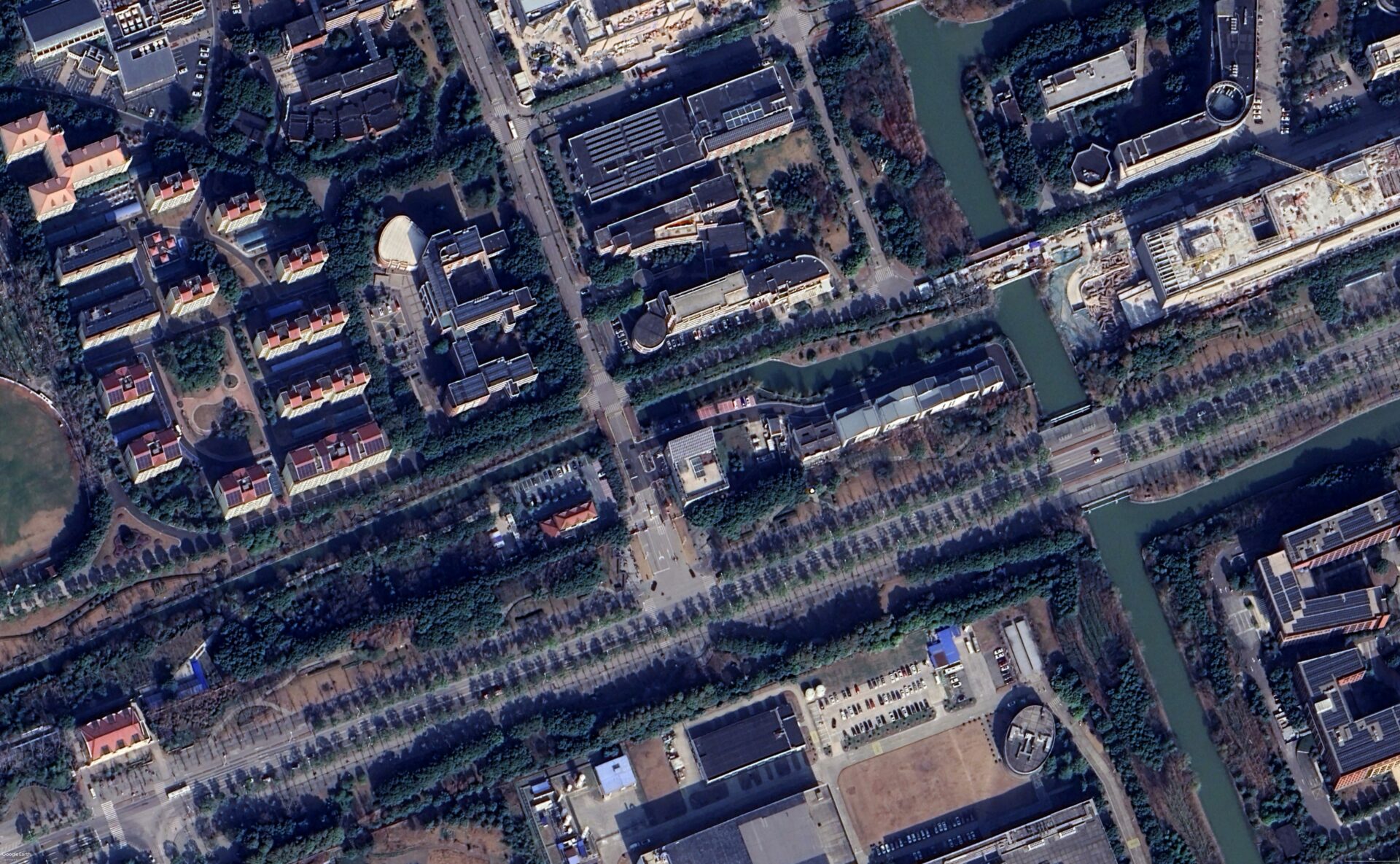 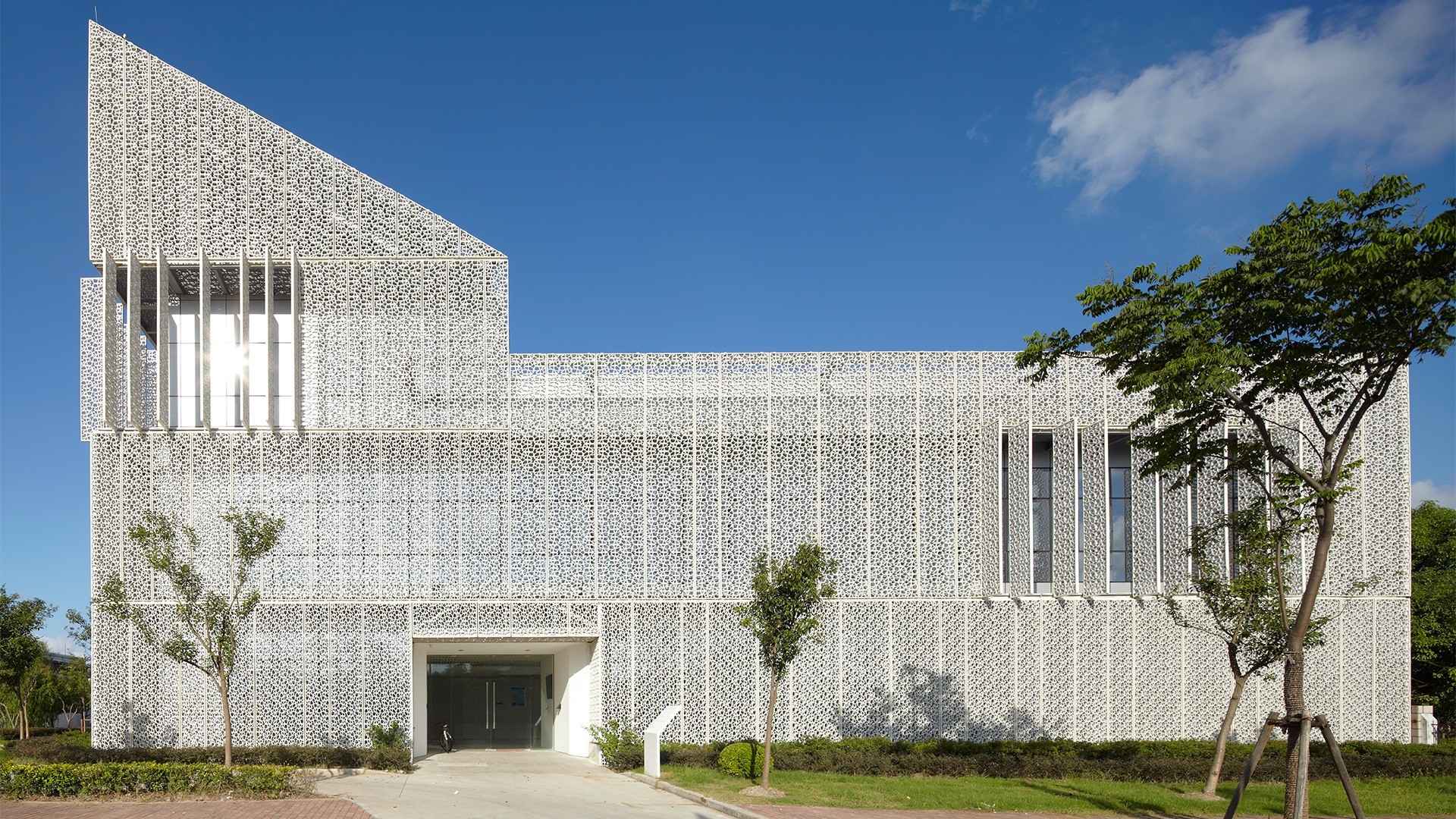 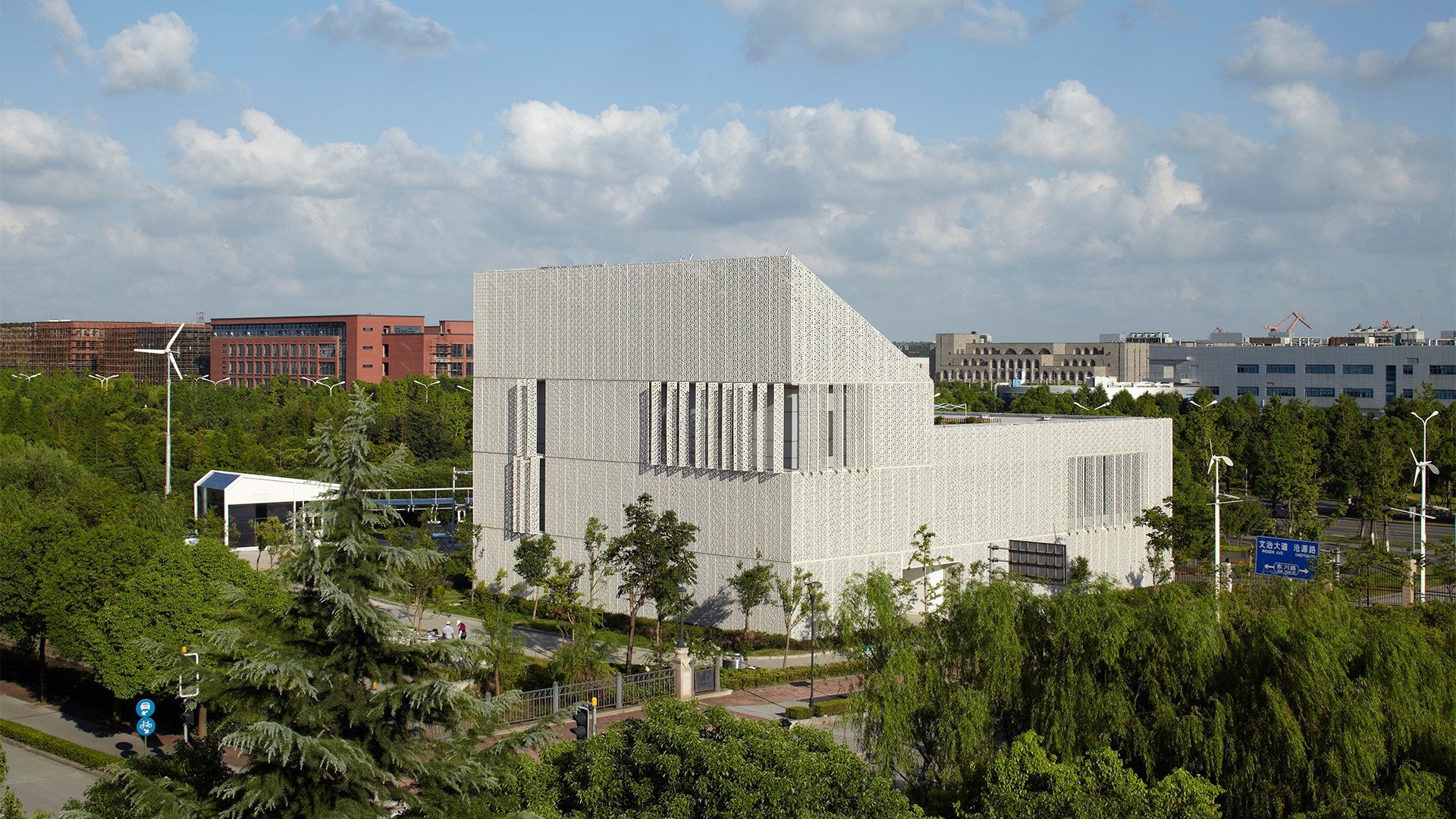 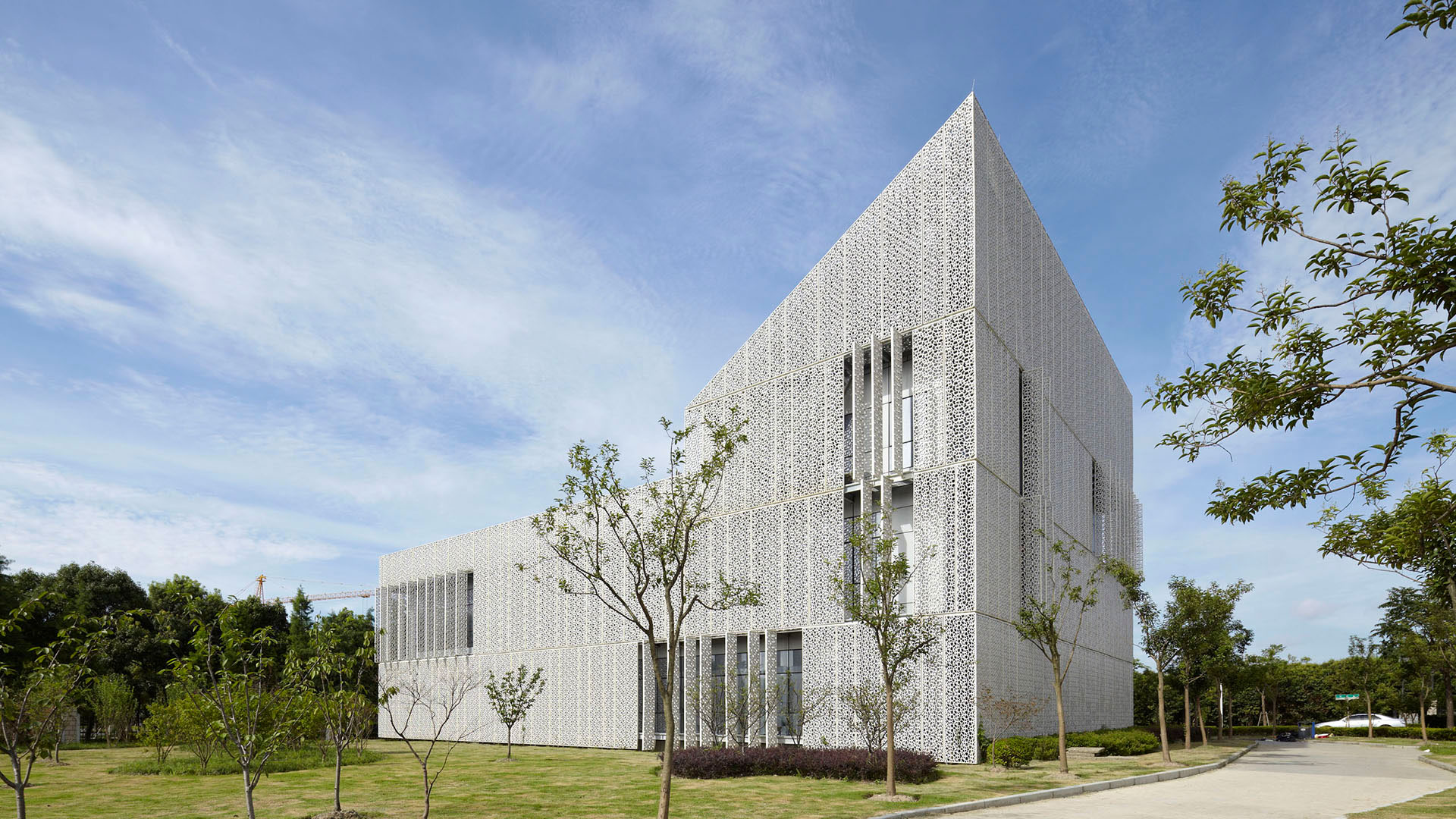 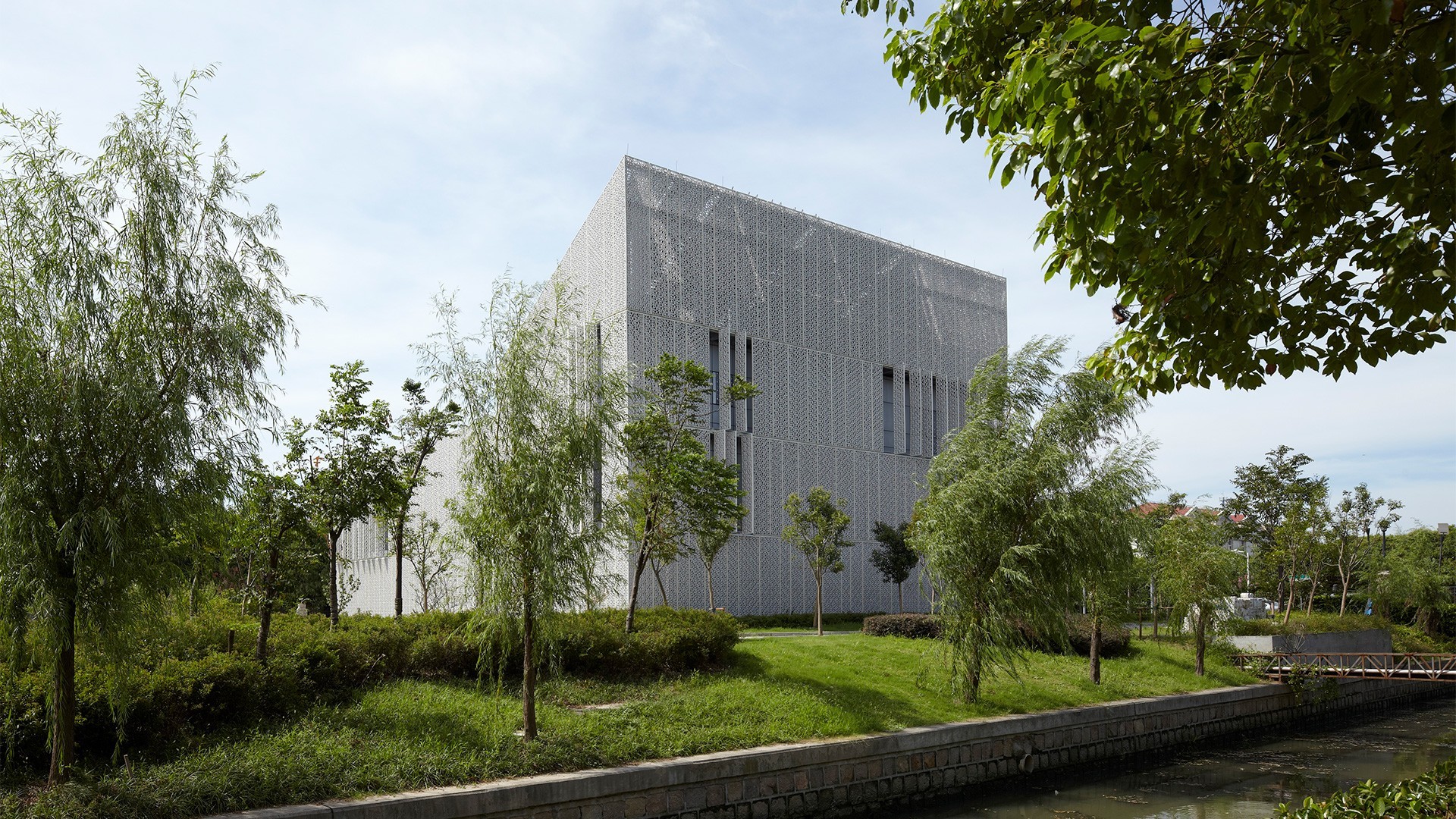 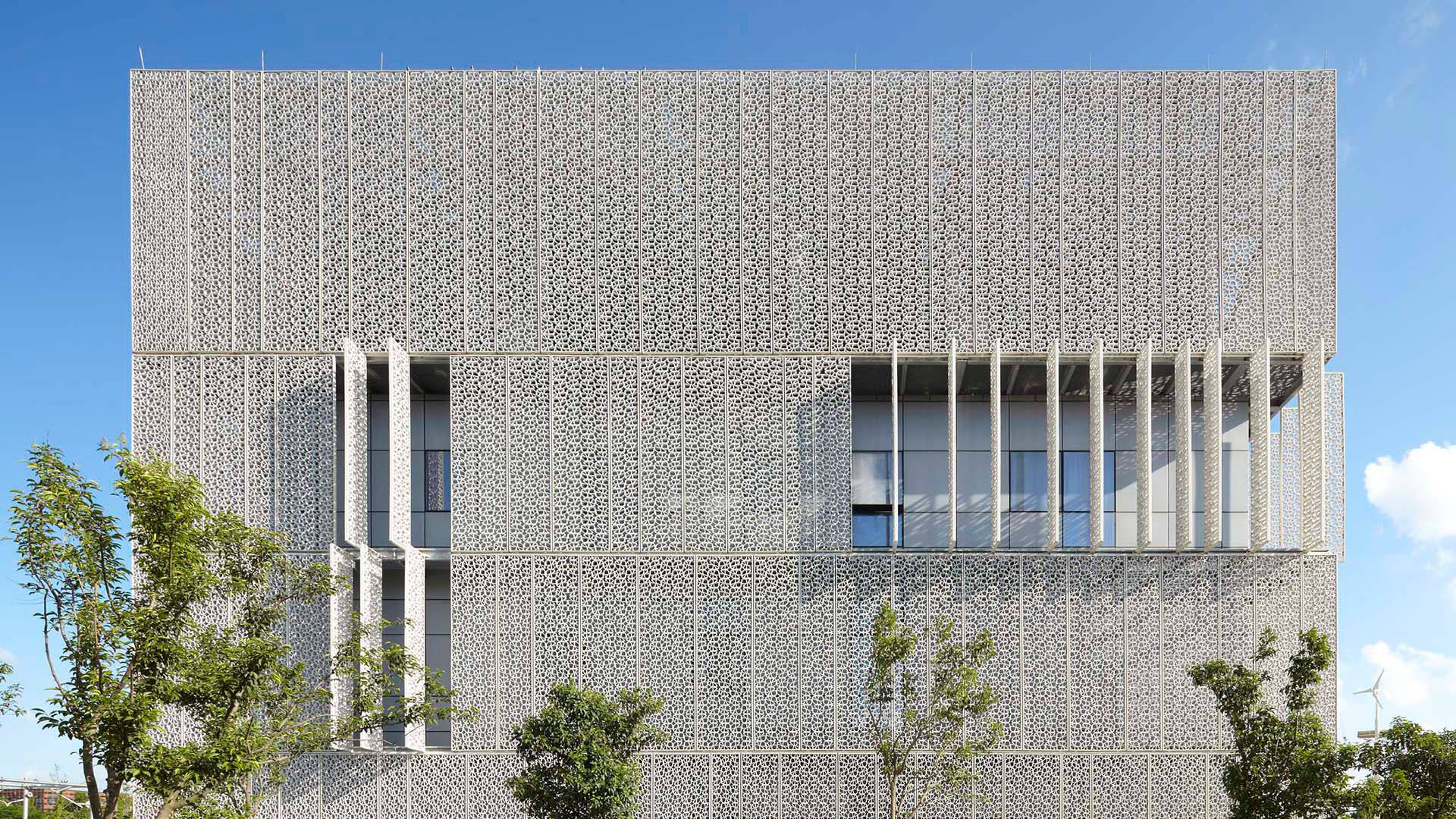 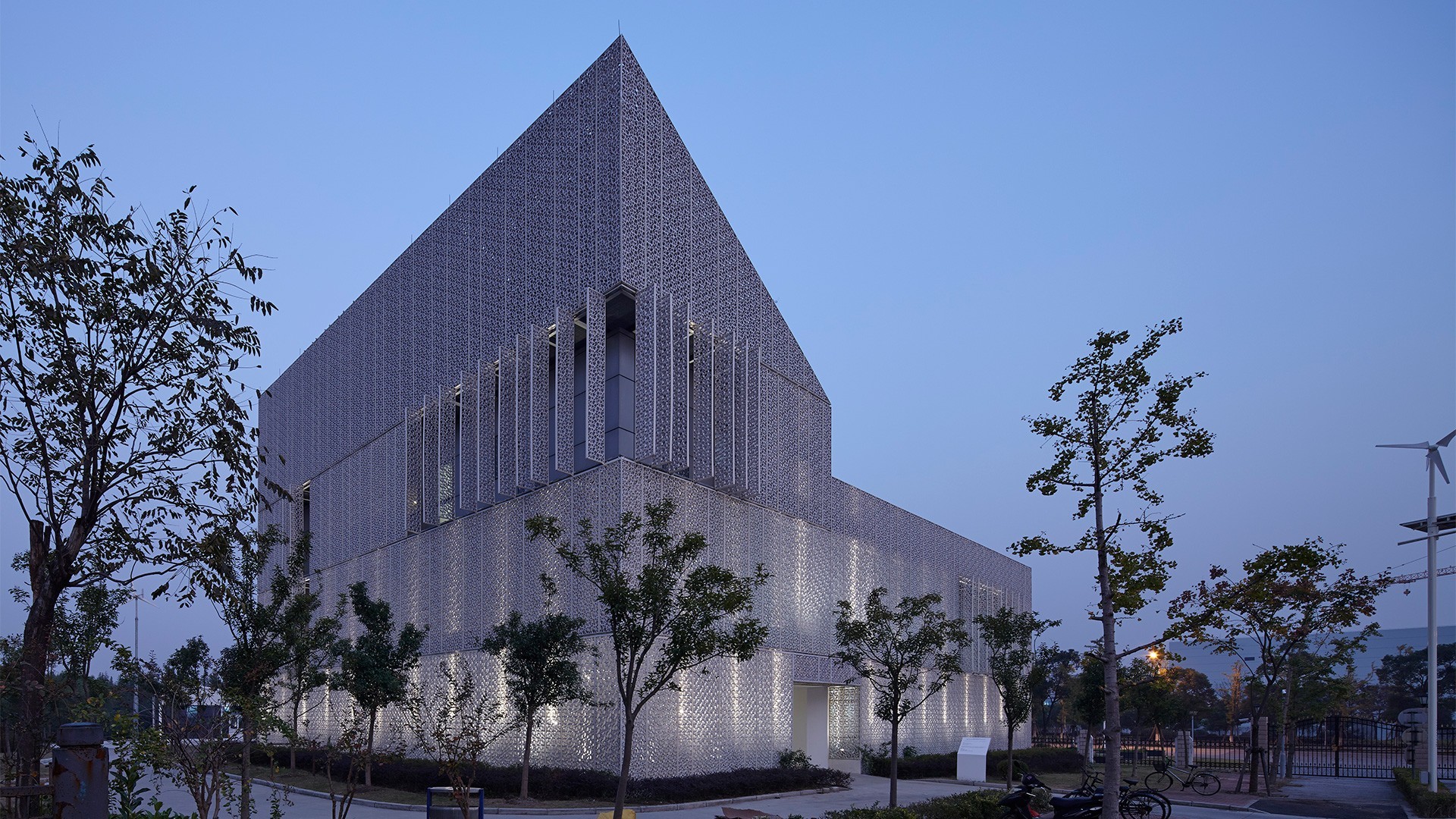 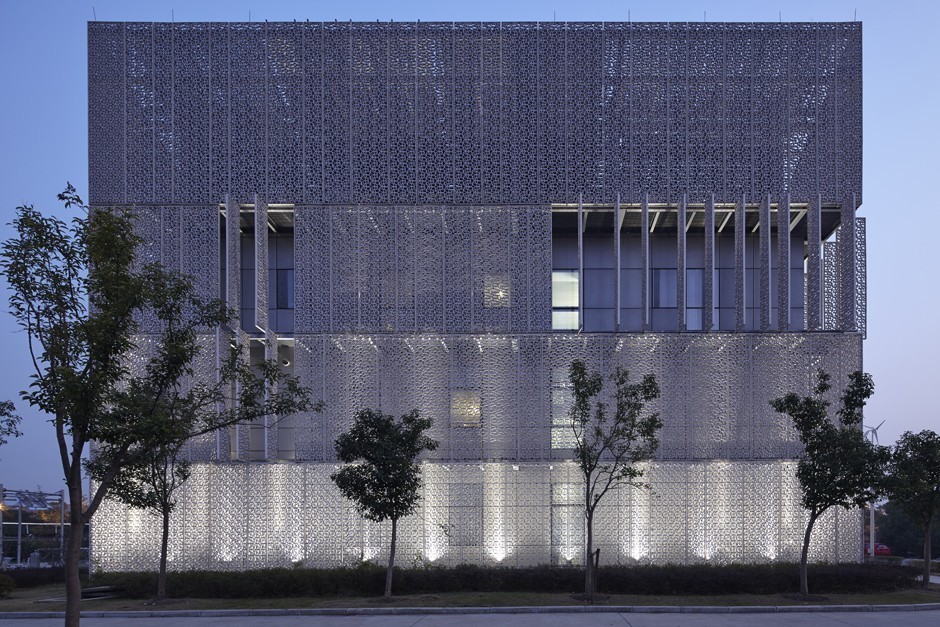 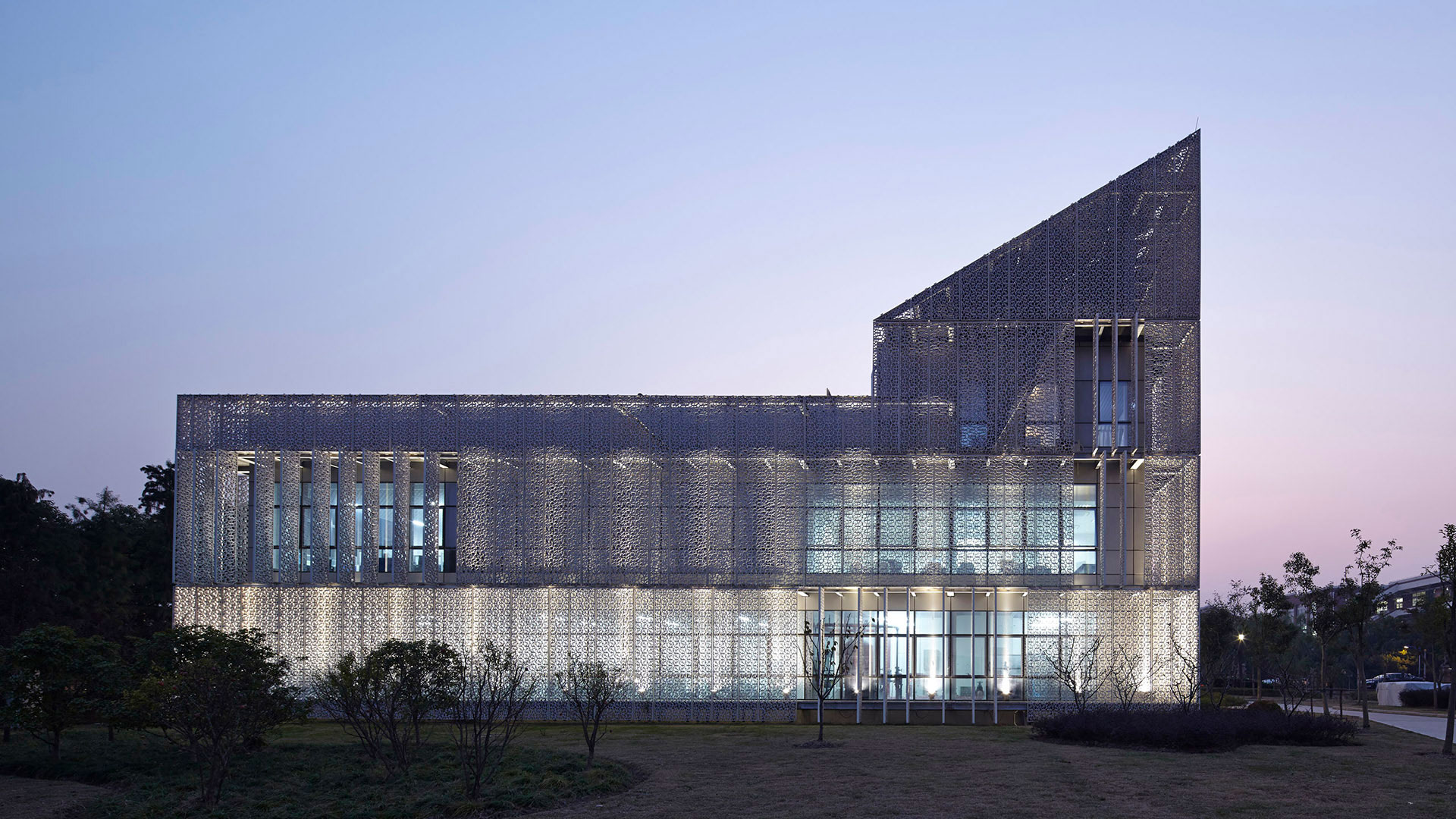 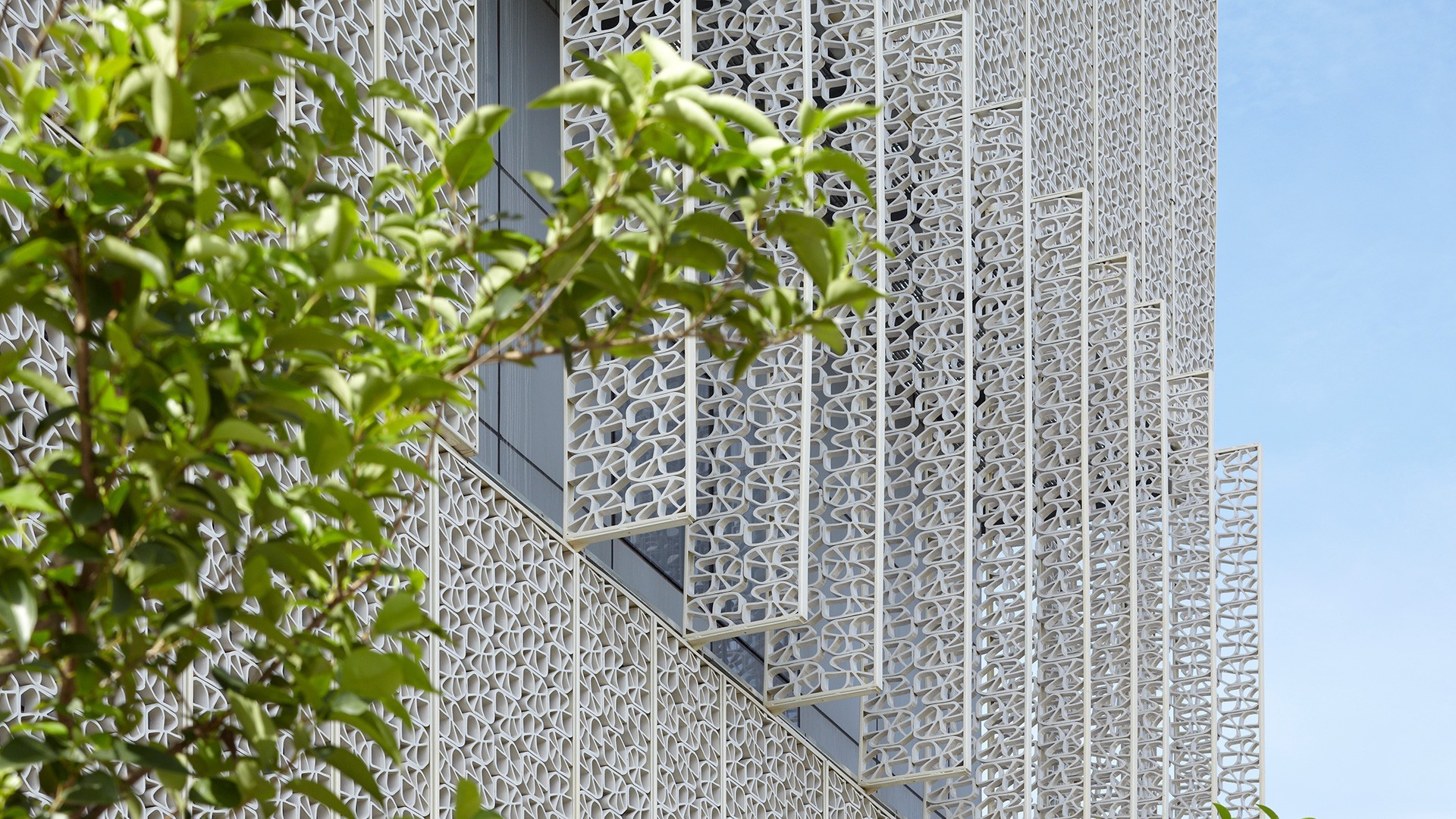 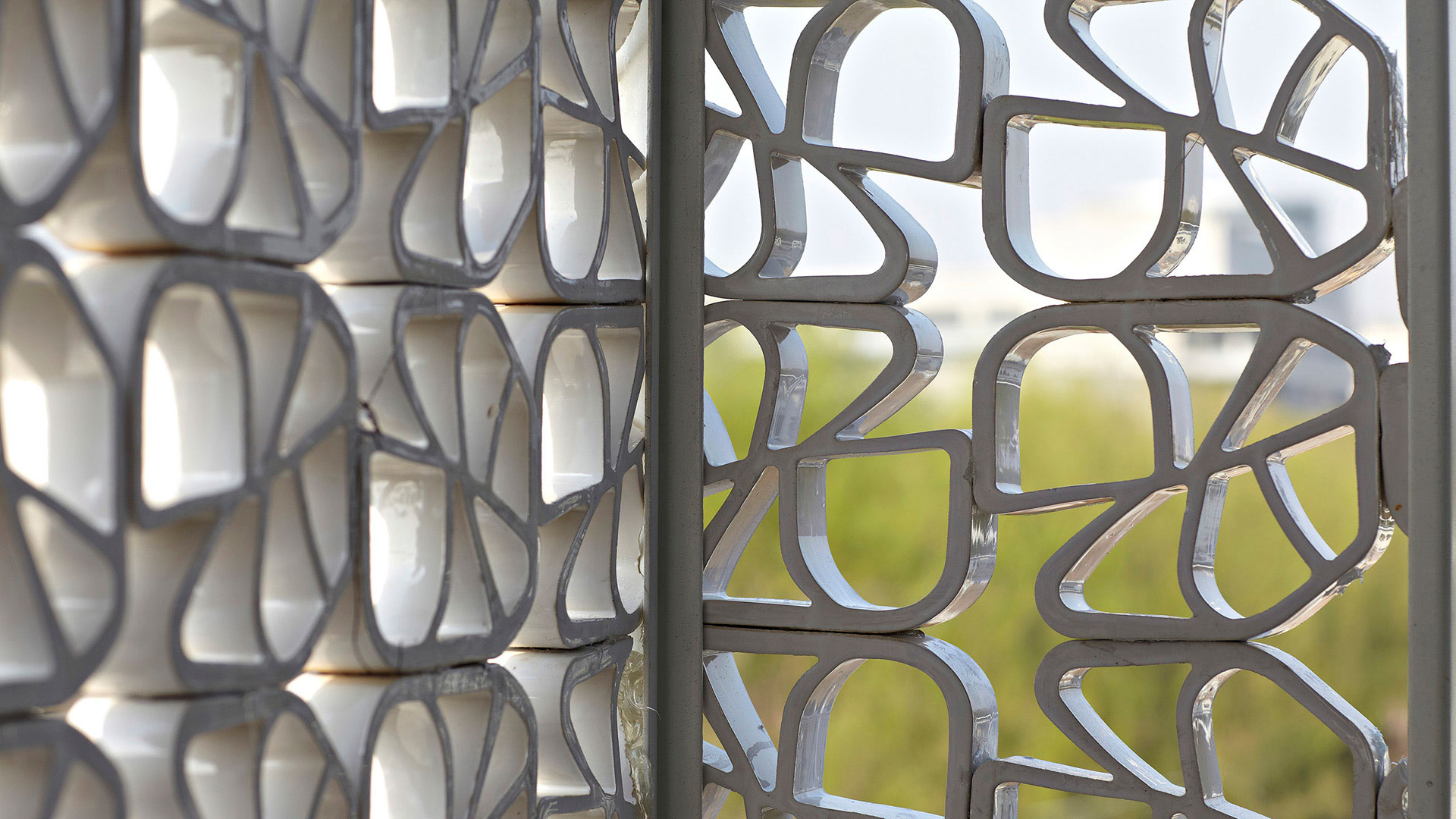 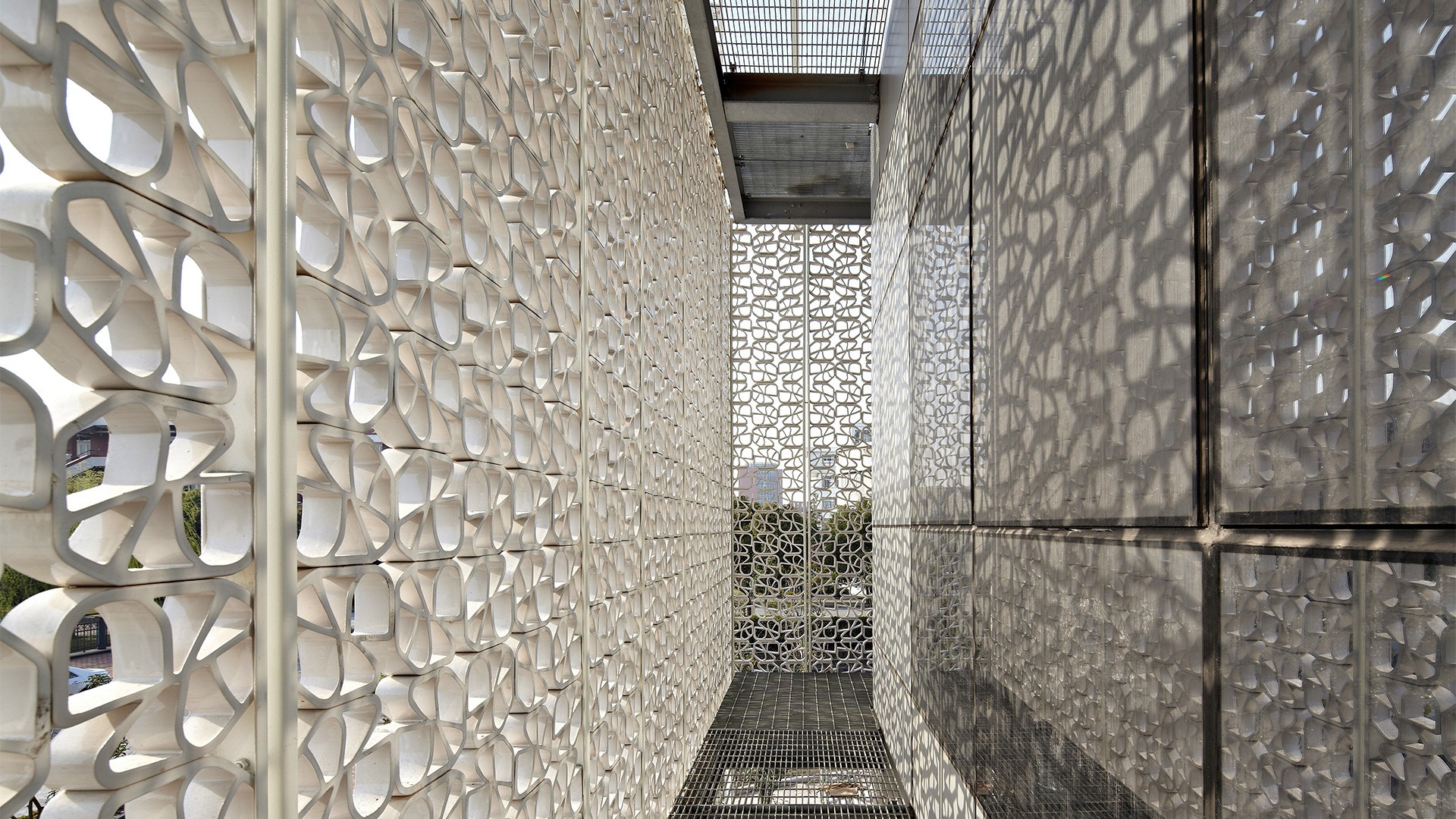 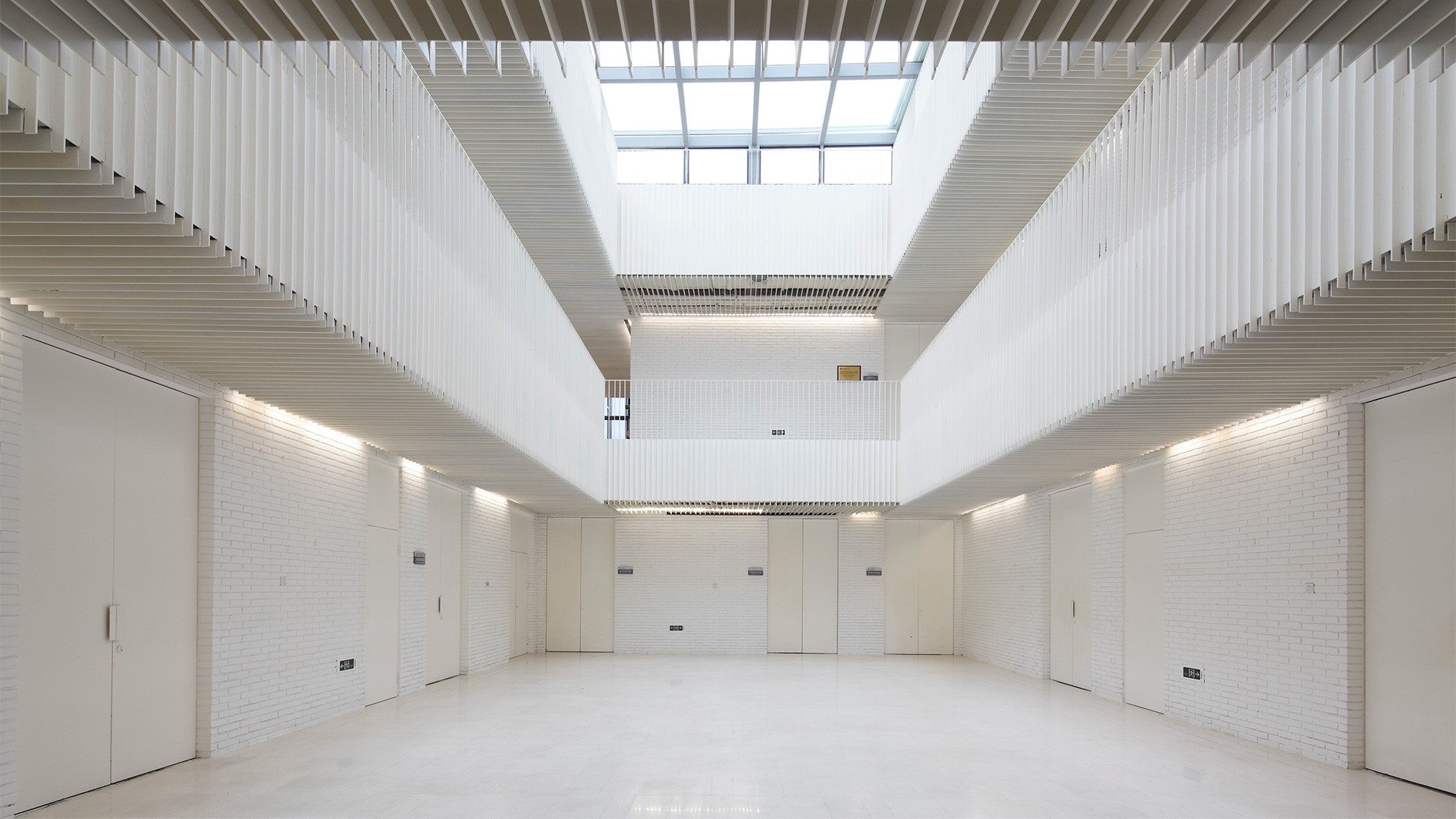 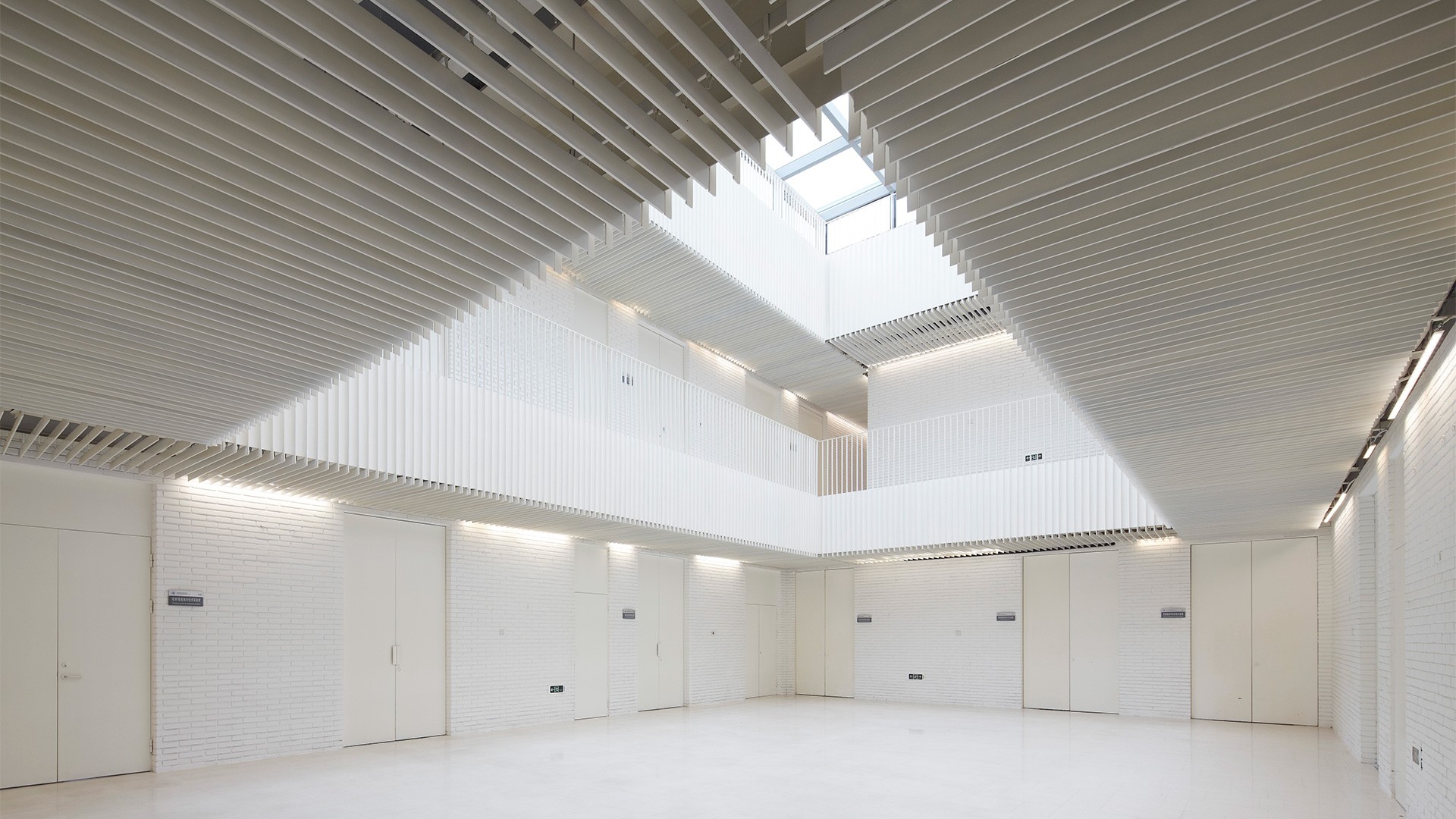