The preparation made in Rome at the Sala Clementina of the former juvenile prison of San Michele concludes and relaunches a research path started about a year ago by d’Architettura magazine. The essential contents of two previous exhibitions The Parma Architecture Exhibition; L(es) Etranger(es) in Brescia, have marked the gradual defining of the initiative, aimed at jointly revealing the objective of the investigation: opening a breach onto the state of architecture in Italy, regardless of the nationality of the designers and from the centrality of the descriptive appearance of the works, shifting attention towards the complexity of the thematic aspects that intercept the architectural culture of our country. The research material collected by a team of young architects and organized into a choral narrative structure, which places next to the project images a series of interviews and reflections that report from inside, the current condition of the architect in Italy: the different figures collected within a single definition; the relationship with education, models, languages; the problems related to the professional accounting year, etc. The expositive-narrative path is defined by the presence of a red plasterboard central structure, whose broken configuration moves the geometric rigor of the room. The longitudinal development of the latter is emphasized by the support-walls in black plasterboard that trace the perimeter. 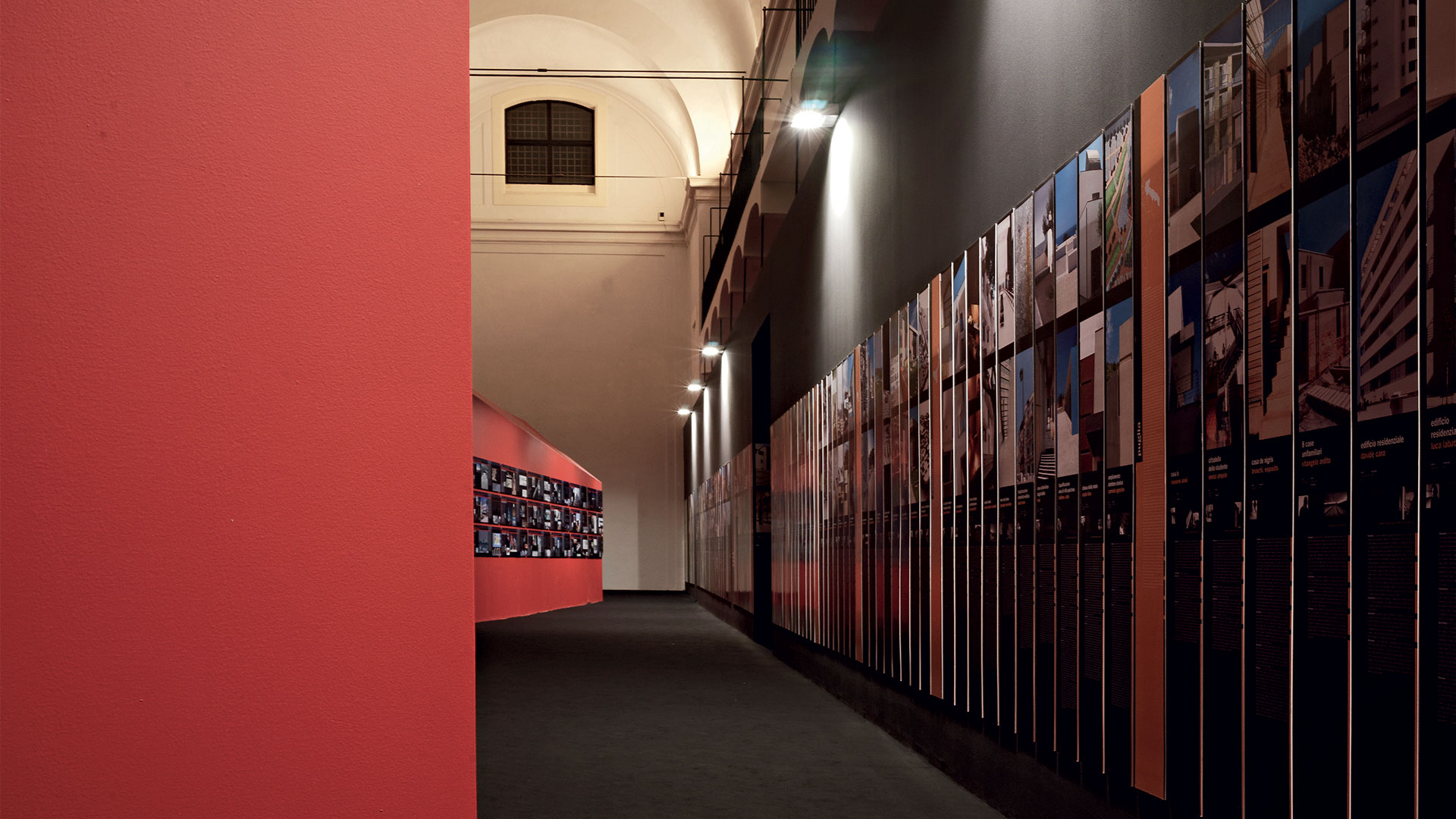 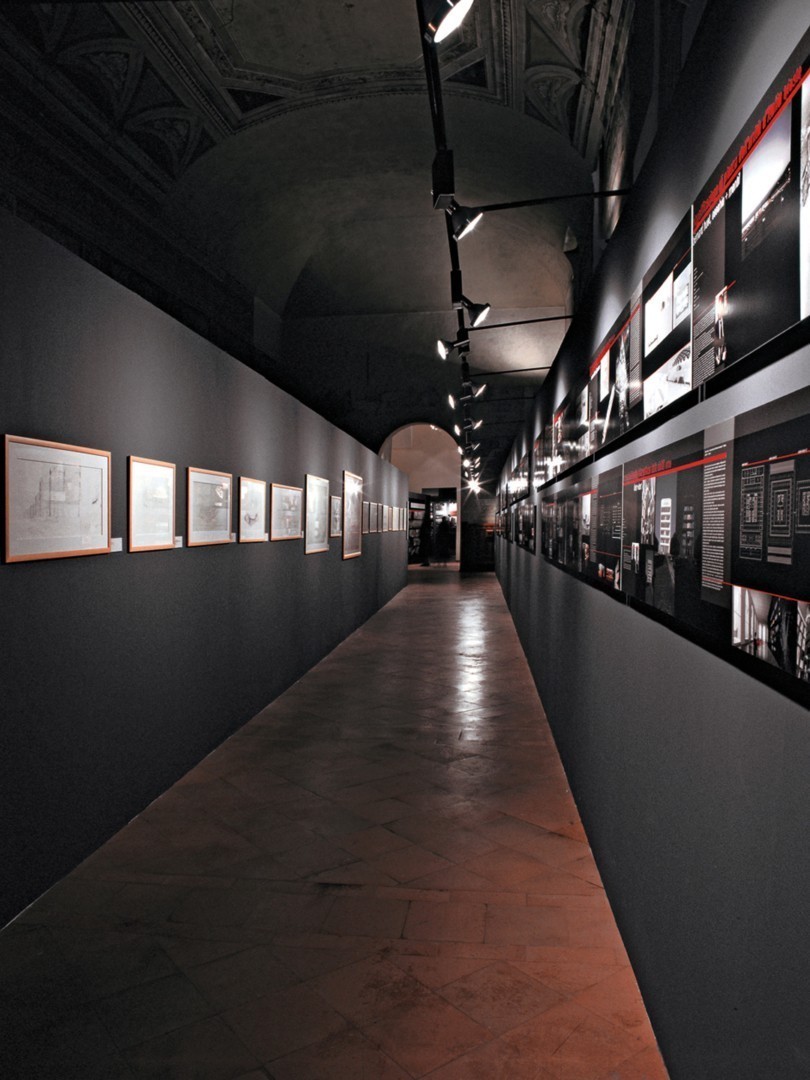 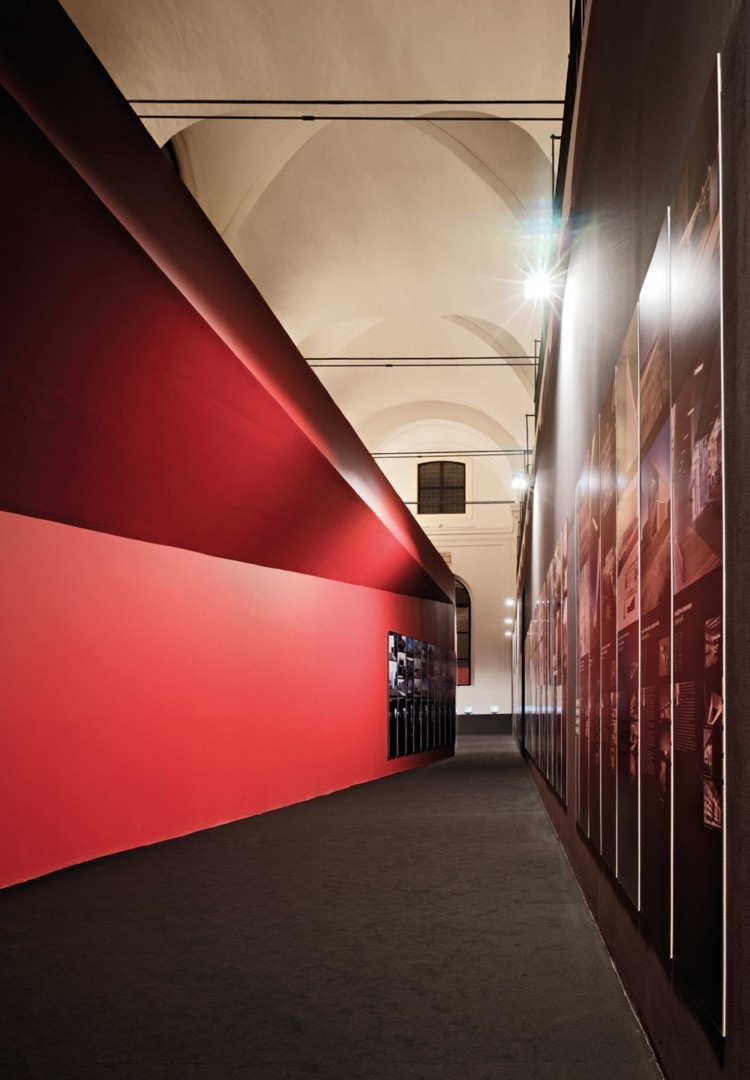 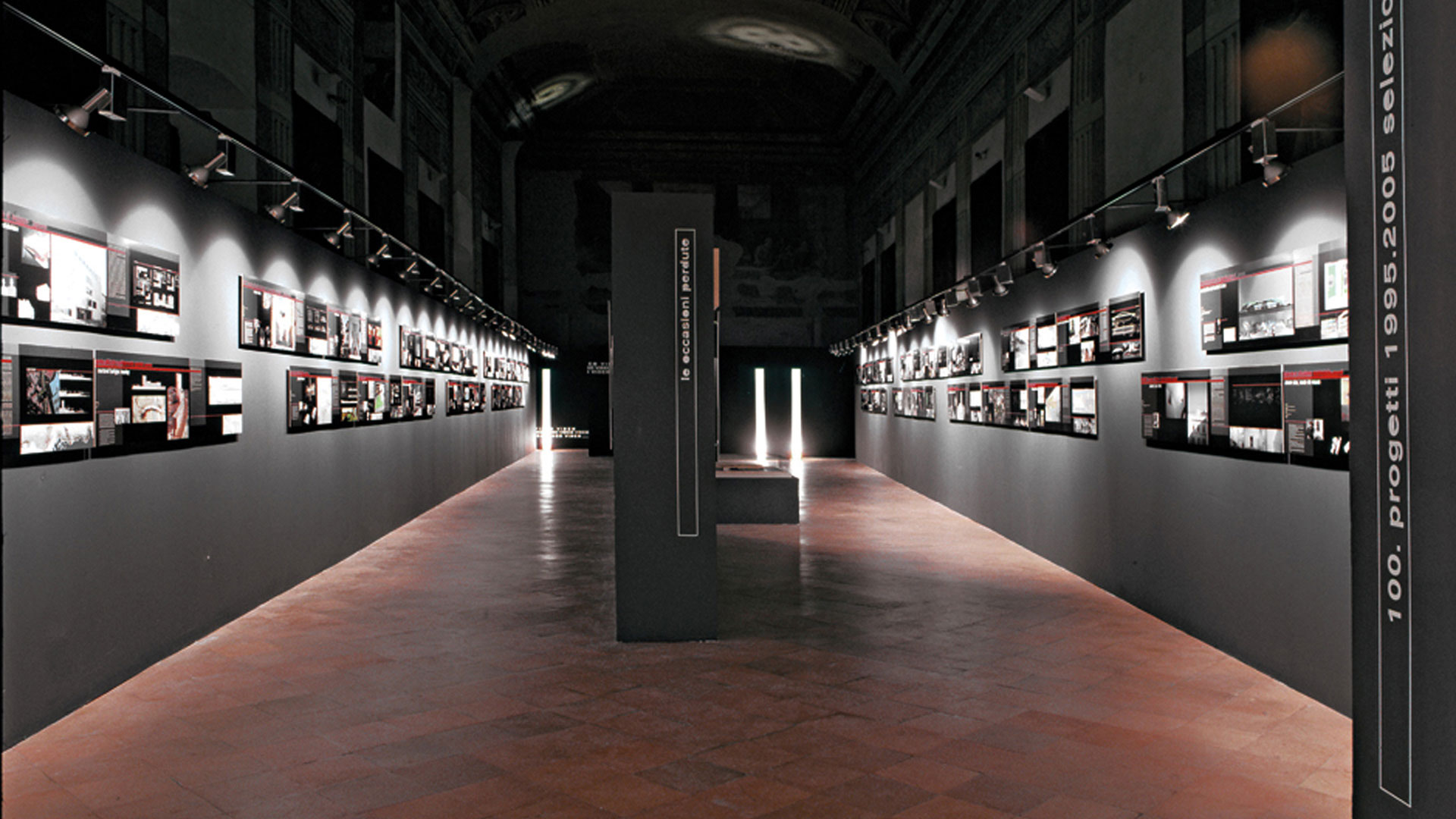