A stadium proposed as a multifunctional building must be conceived as a mechanism capable of ‘working‘ perfectly, ensuring in every circumstance the total separation of flow and activity, so that the coexistence and simultaneity of events is always guaranteed and safe in every situation. Therefore, its layout plan must be clear, the accesses easily identifiable, outflows rapid and, therefore, entrances and exits must be well distributed and distinguishable from the entrances of the other private activities involved. Obvious, but by no means banal is the solution chosen for the structure of the stadium structure, a peculiar multi-faceted form (an 8-faceted rectangle), so that each side allows access to distinct functions. Each facet accommodates different streams, thus identifying users of private areas, such as the hotel tower, shopping areas and stadium spectators. As recalled, the entire perimeter of the building appears crowned by a projection of the overlying building so that the smallest ground print gives rise to the creation of a large porch, guaranteeing the users a correct and safe circulation around the building sheltered from the rain. Internally, the new stadium of Tirana has a very original structure inspired by the forms of the Roman Theatre, where the tiers constitute the cavea and the fourth side of the hotel represents the great frons scenae. The “theatrical scene” hosts a small VIP grandstand, limited to 1,500 spectators, surmounted by a large longitudinal piece of glazing revealing a sequence of exclusive Sky-Boxes, intended for a selected audience with the stand for the Authorities and that of the Press at the centre, according to the quantities and places indicated by UEFA rules. Above the Sky Box, the roof’s perimeter is completed by a large window-less wall on which the informative video screen is placed at the centre of the huge elevation, which forms the back side of the corridor of the triple volume of the private areas behind. This unusual configuration, in addition to giving the space a particular “theatricality”, allows the stadium to be used even for large concerts, offering the possibility of installing a big stage close to this long wall that forms its natural backdrop. The choice of having two rings of overlapping stands with separate accesses makes for more efficient access to the terraces, but in particular, allows the splitting of the stadium into two usable configurations when local teams play and therefore with a smaller turnout of spectators than when the national team plays, which, on the other hand, require the entire available capacity of over 22,000 seats. 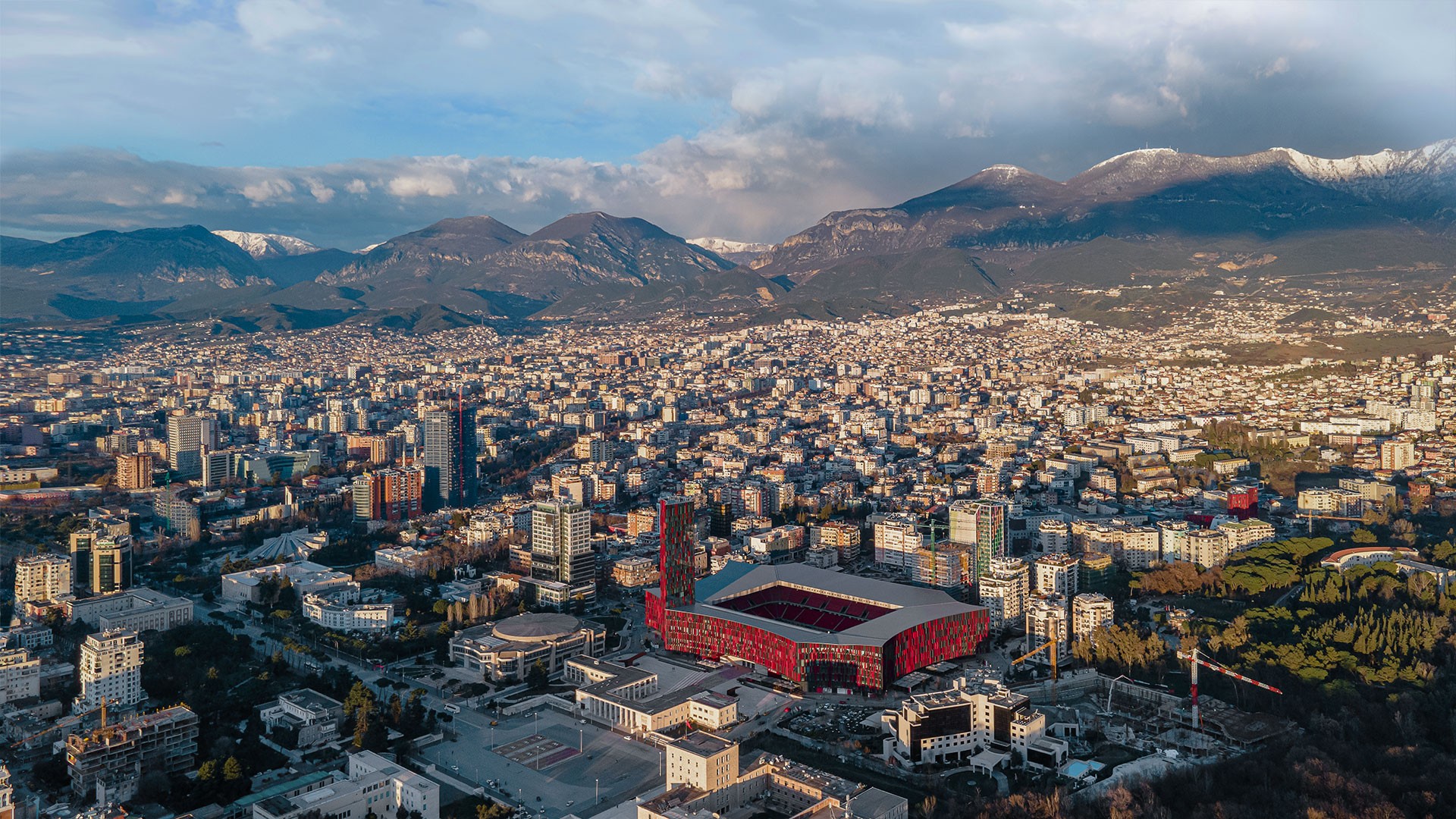 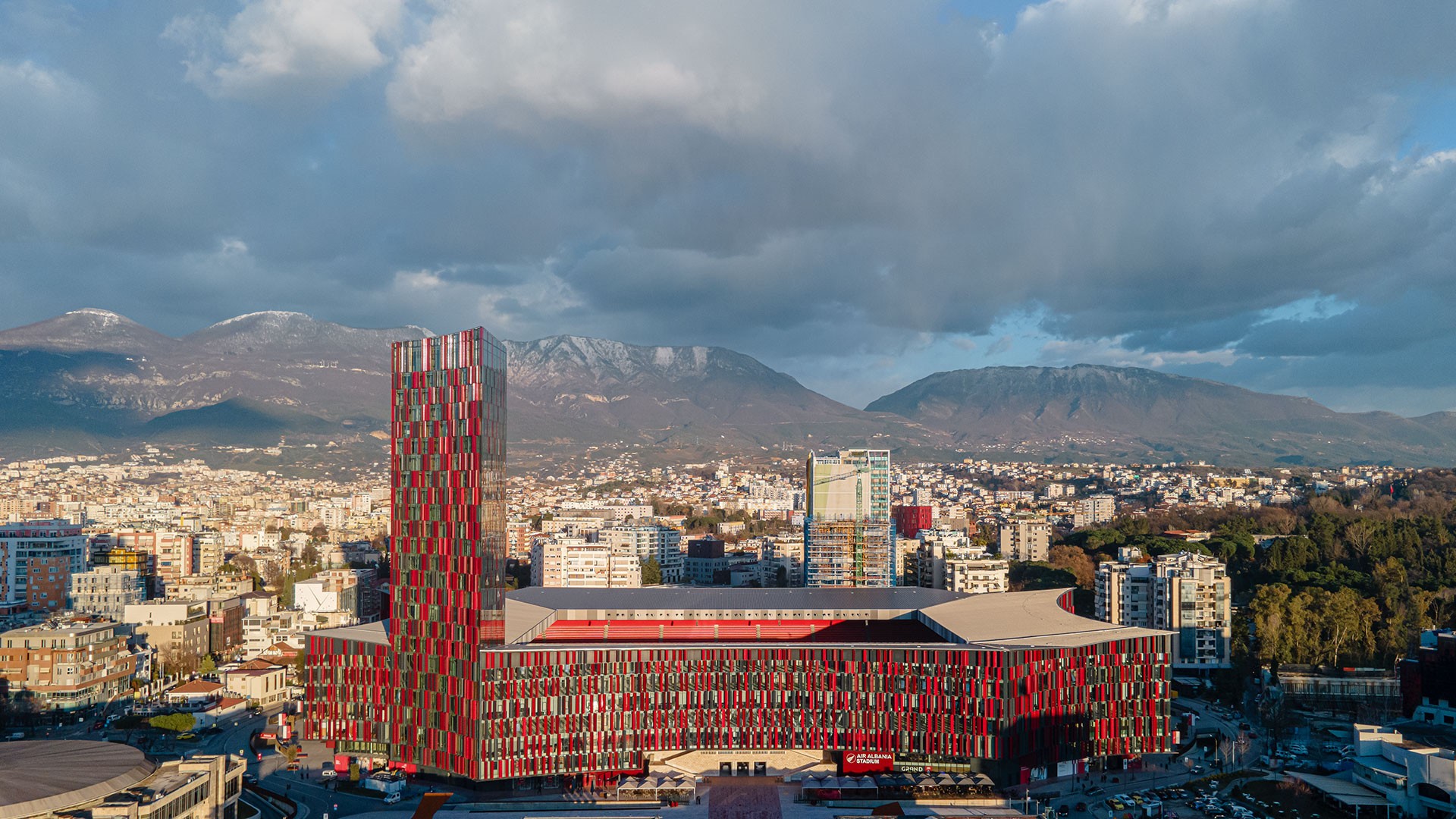 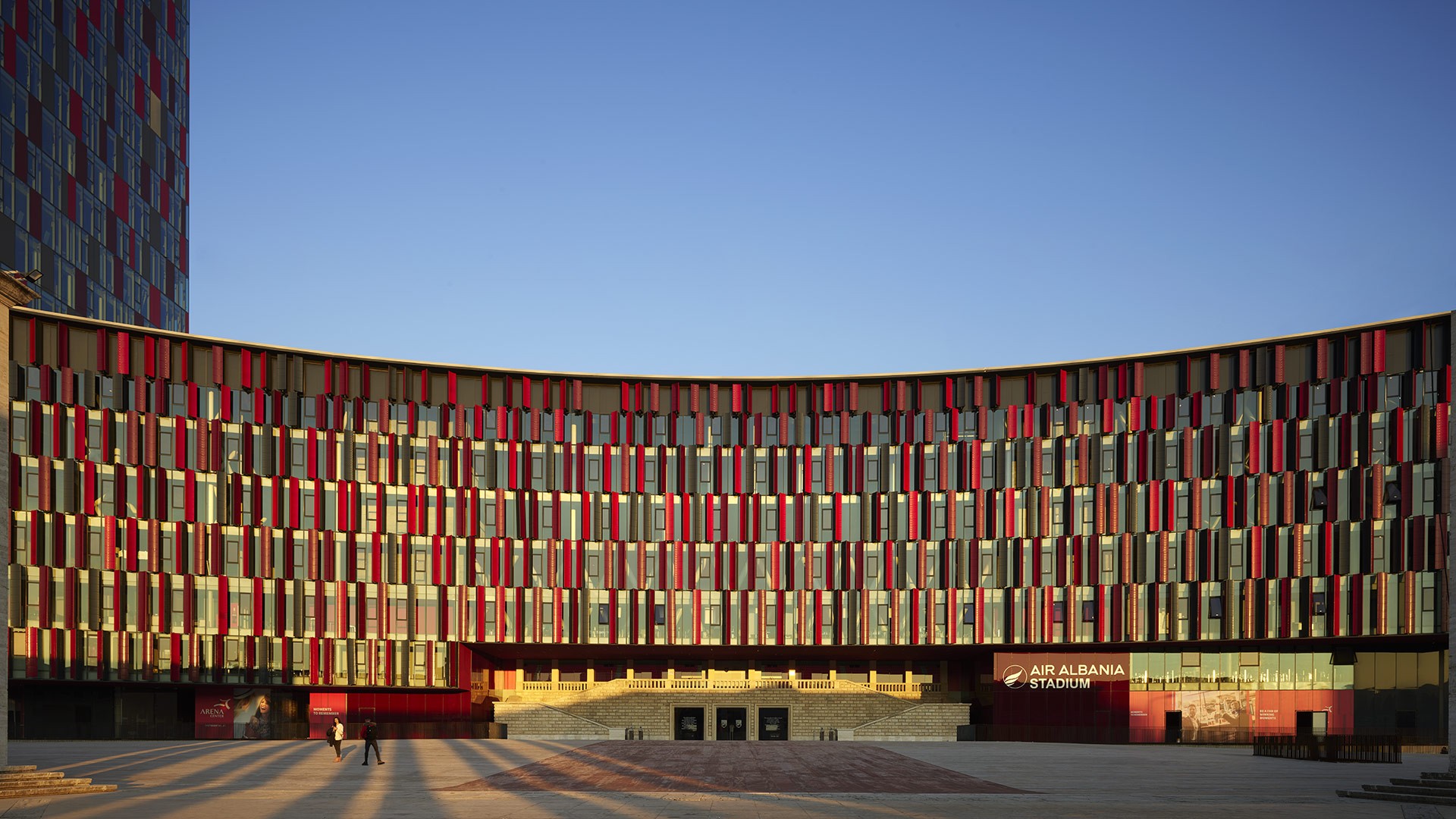 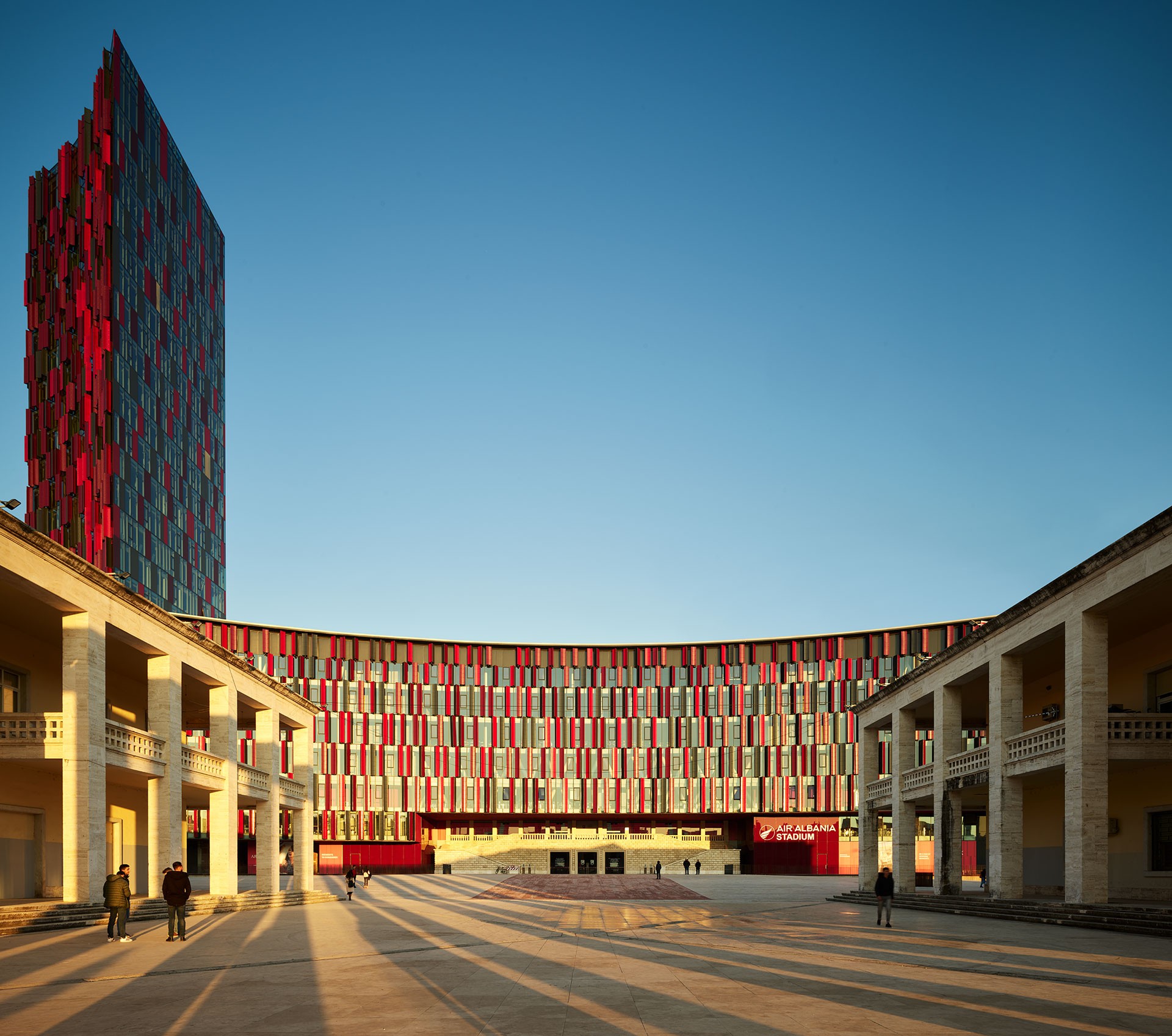 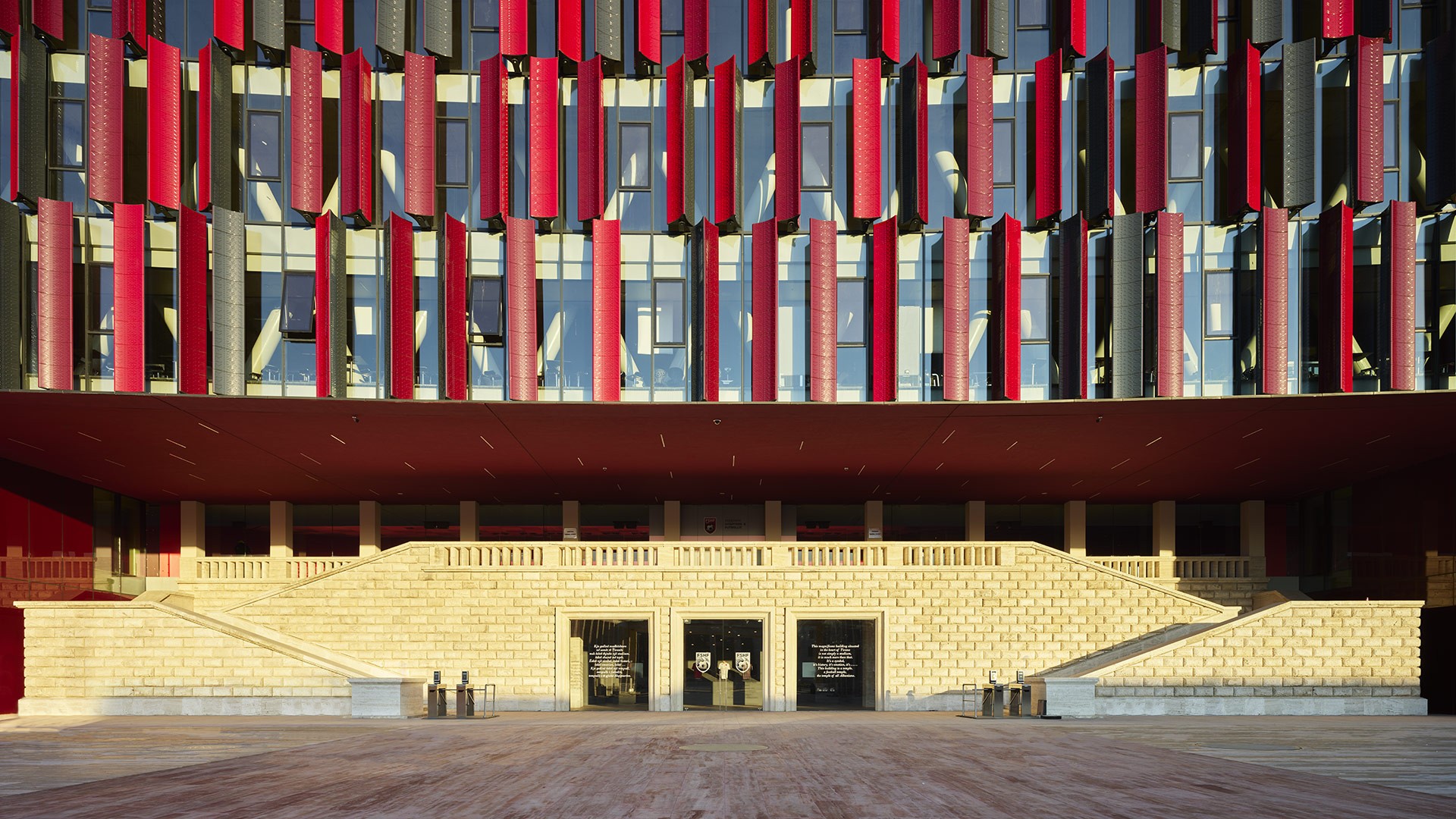 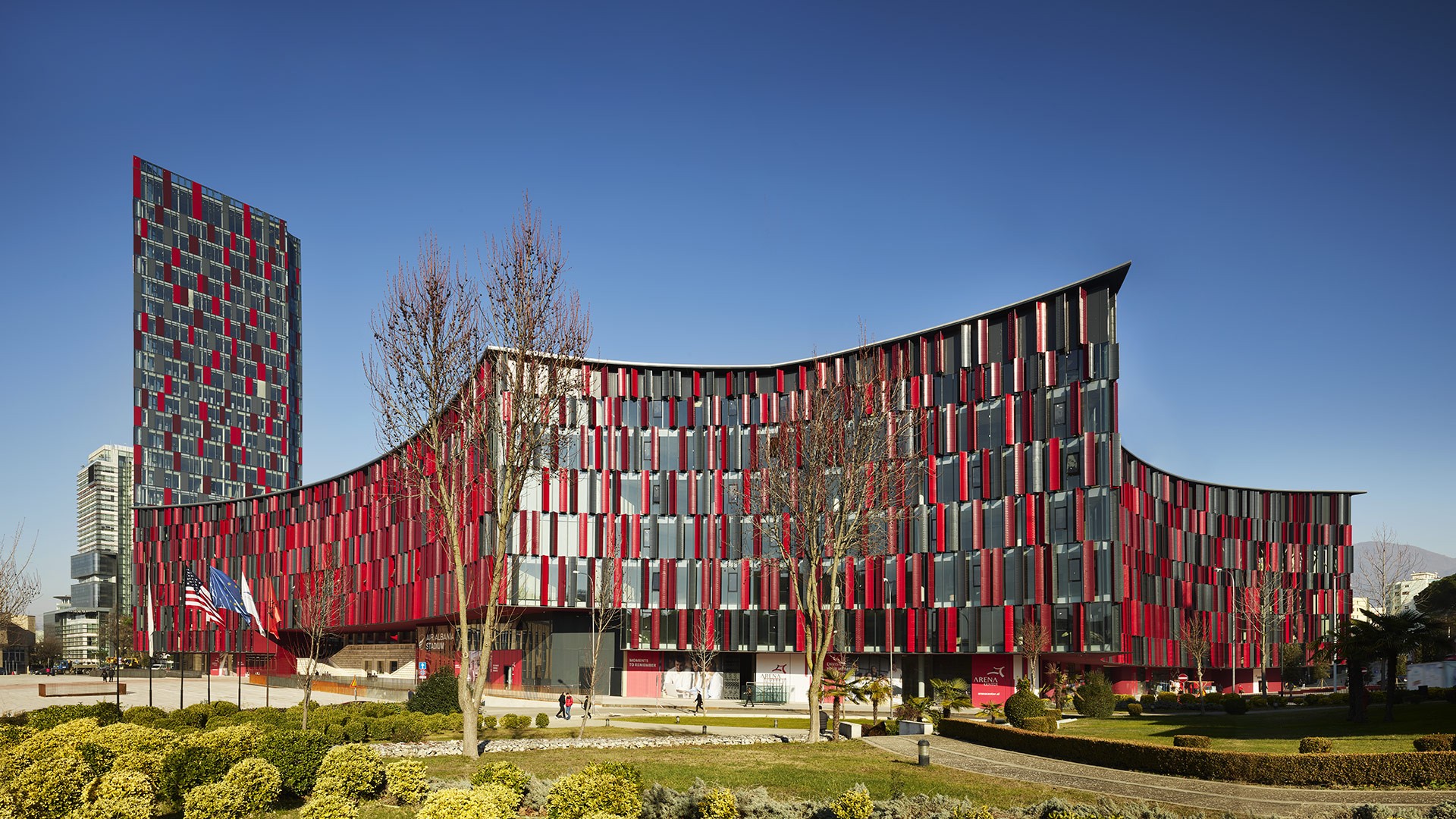 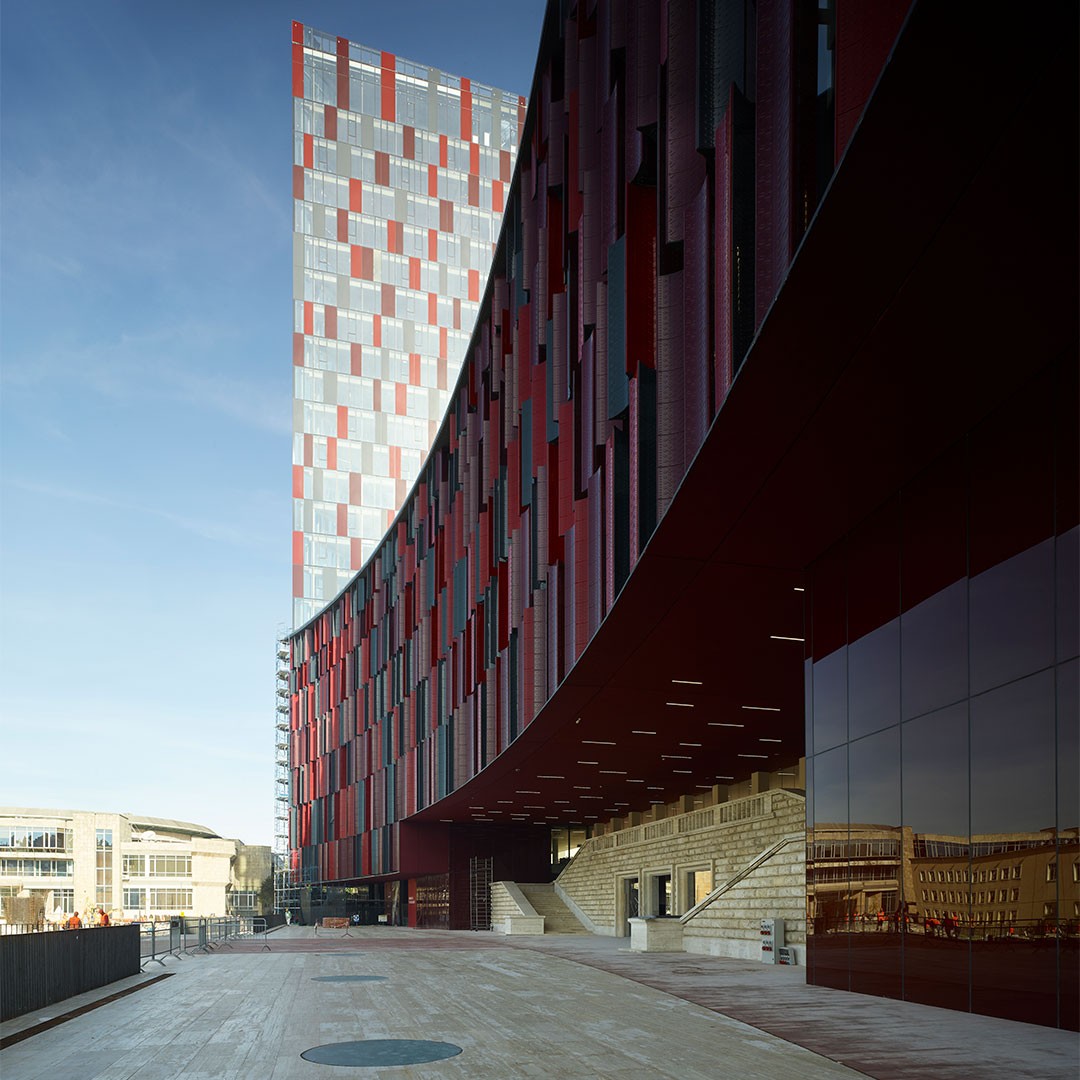 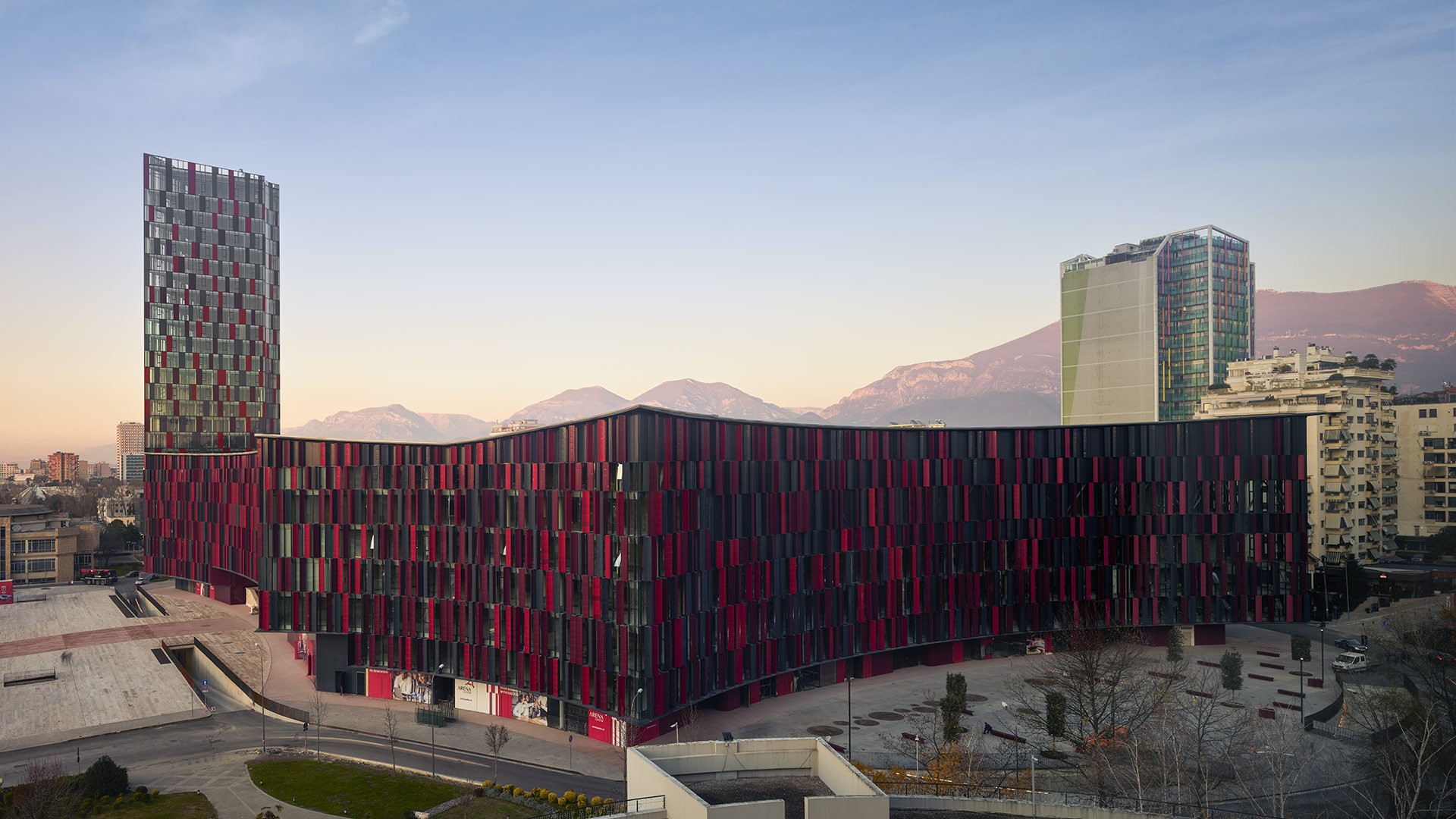 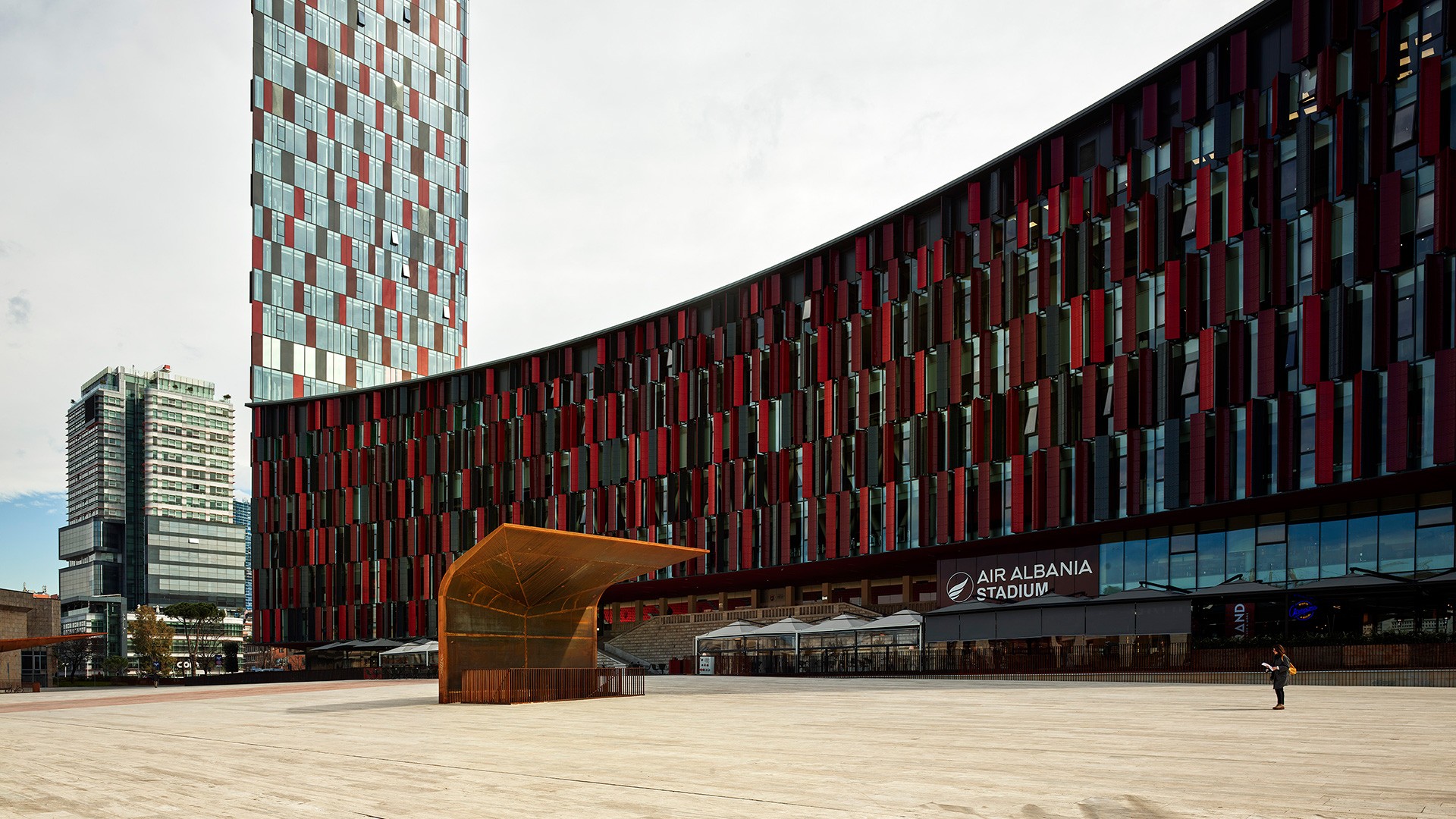 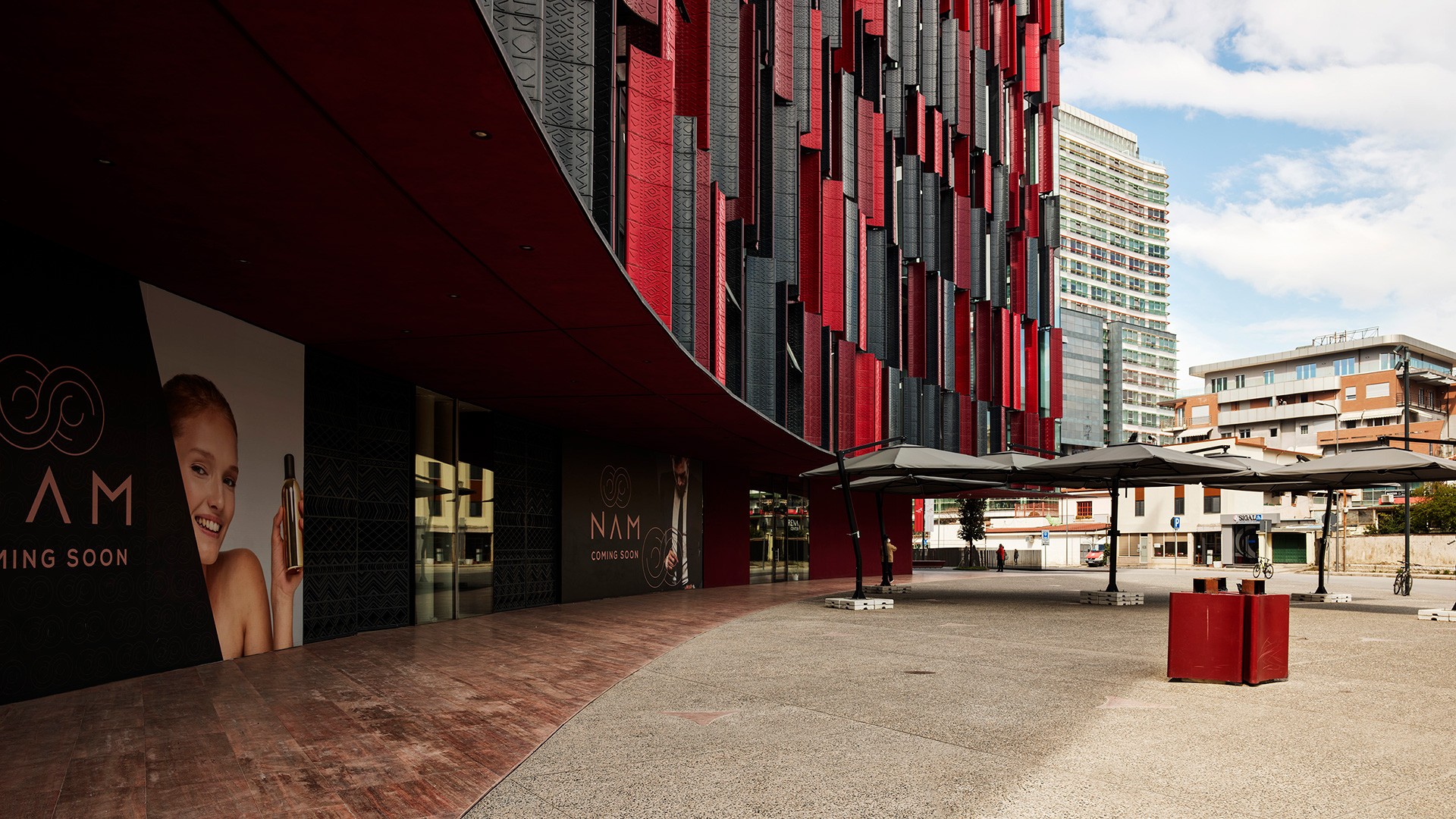 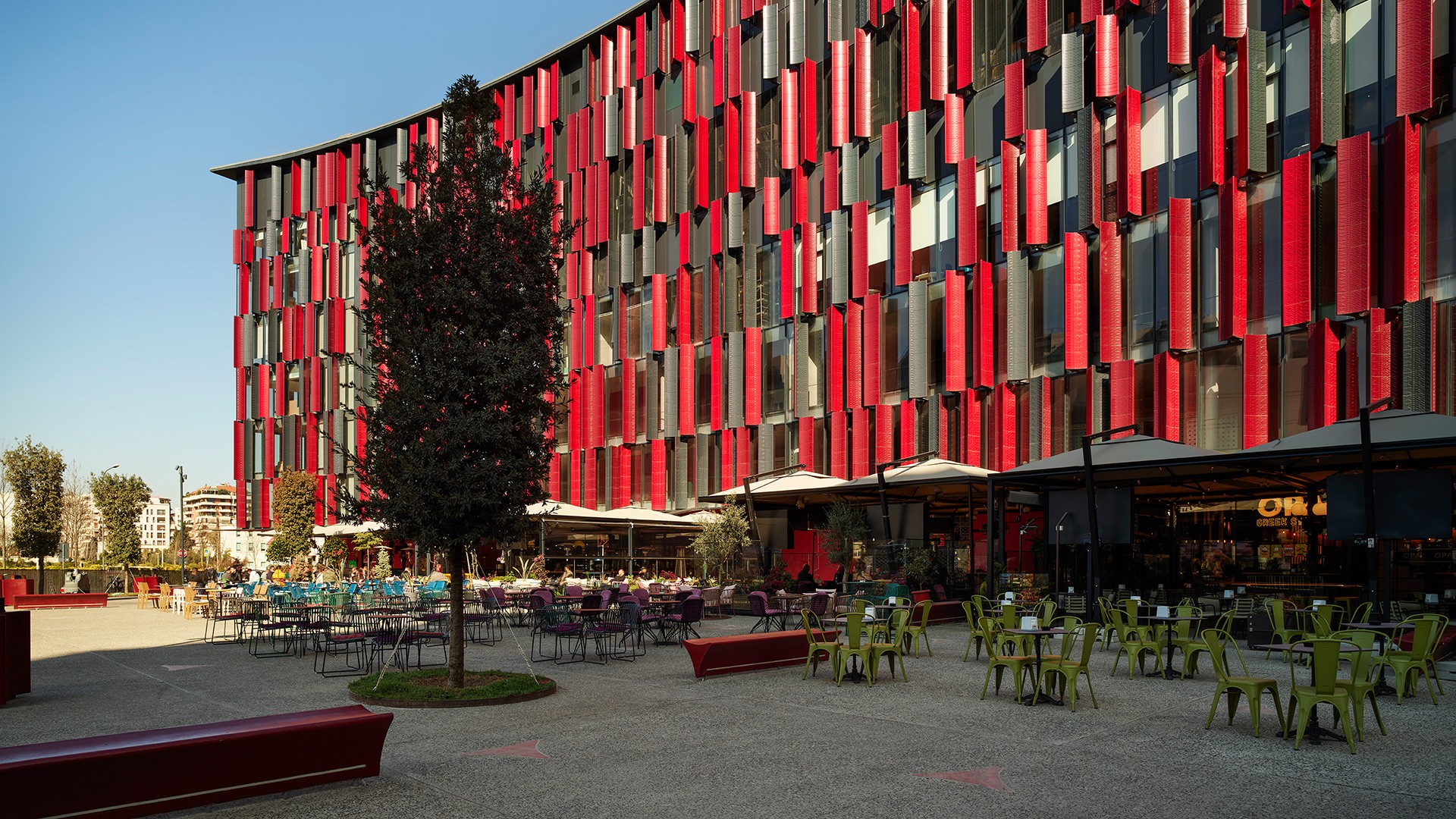 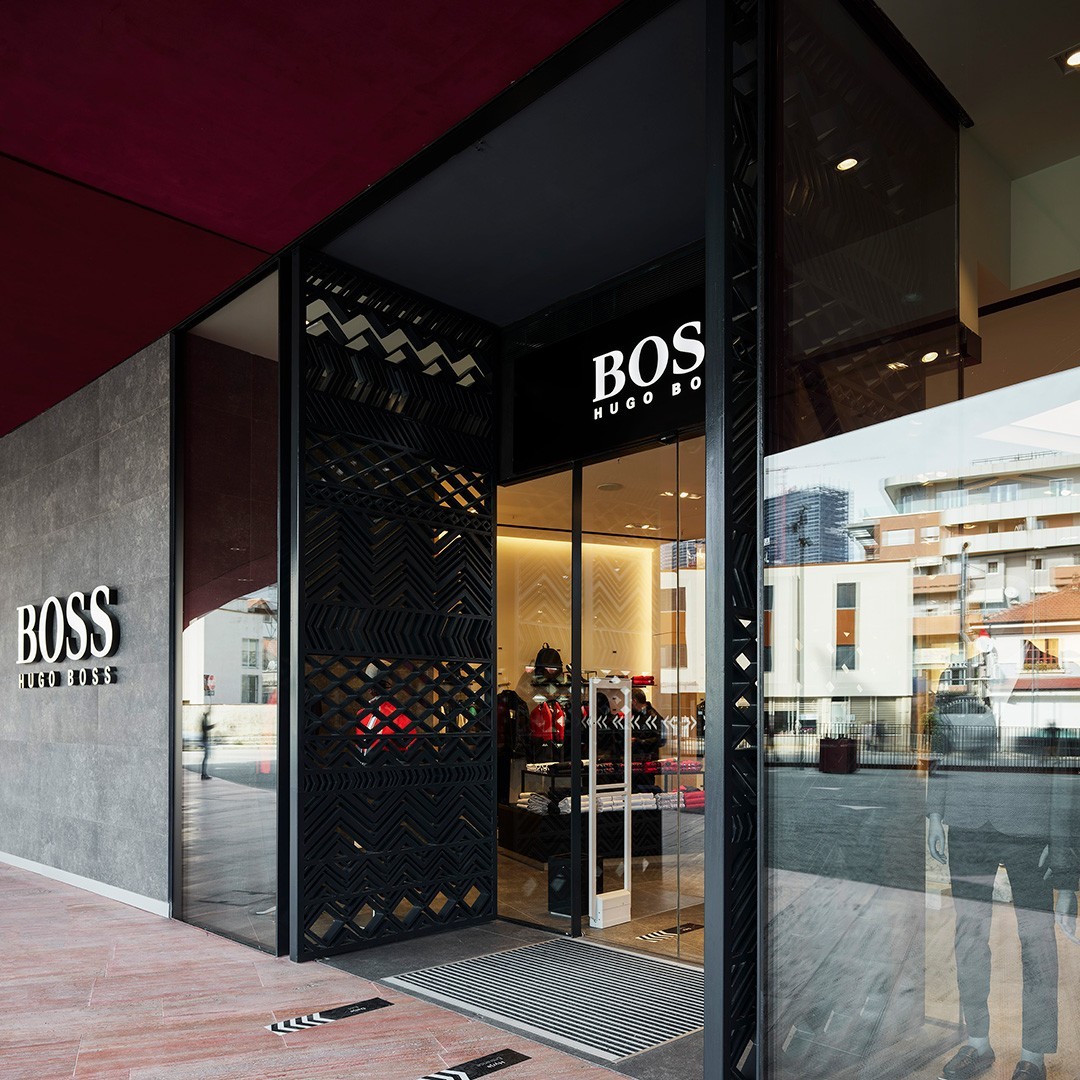 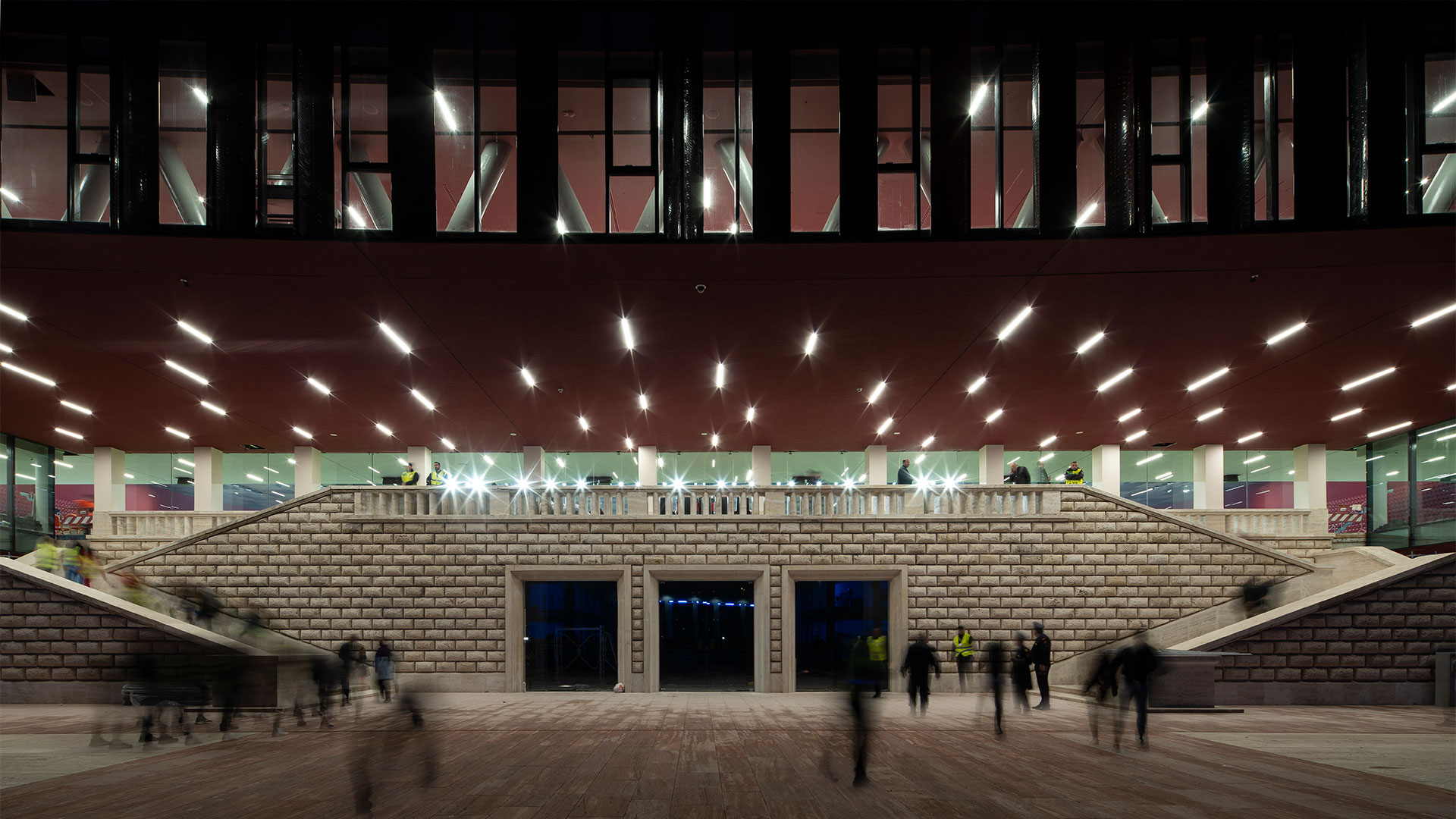 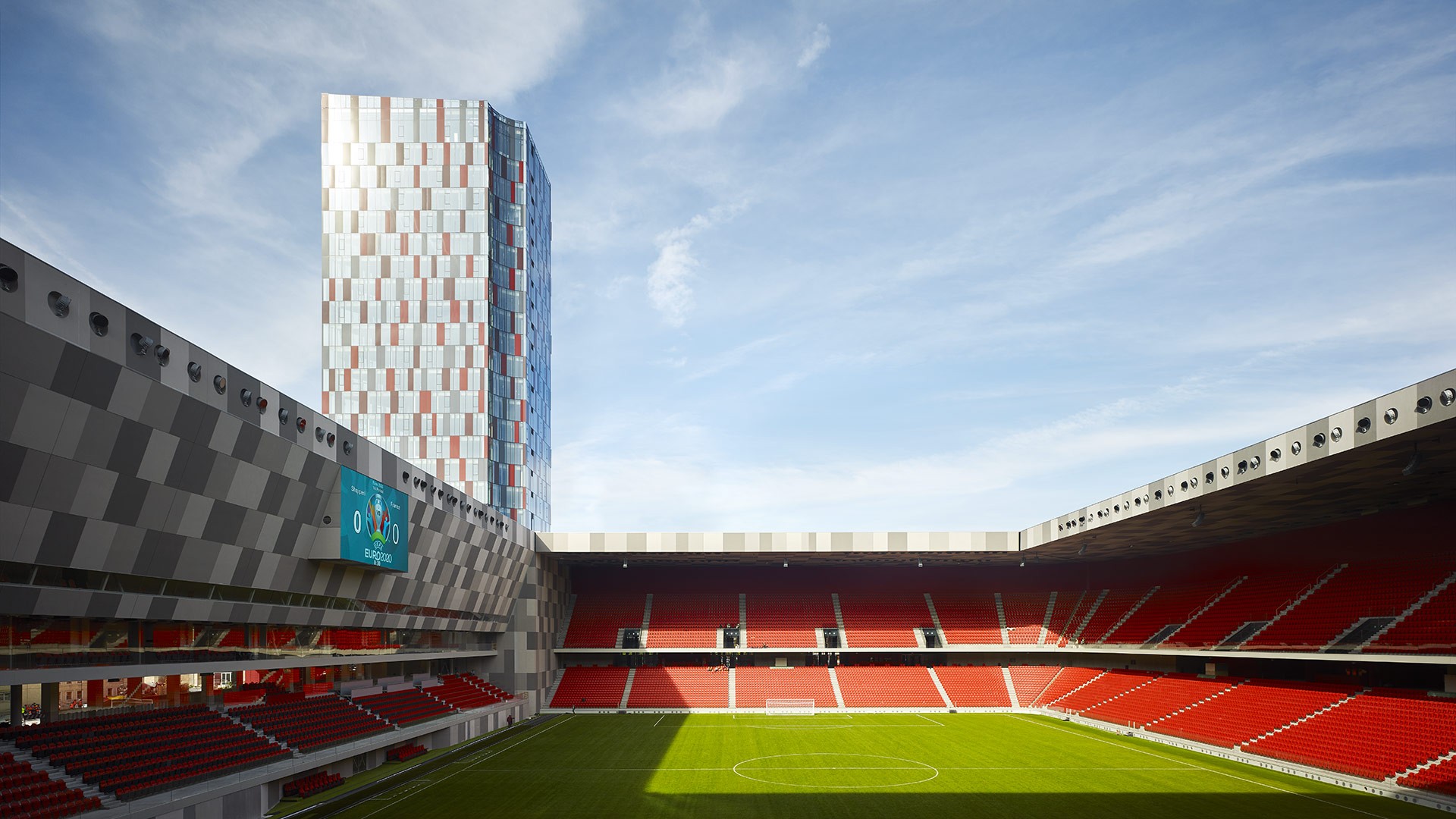 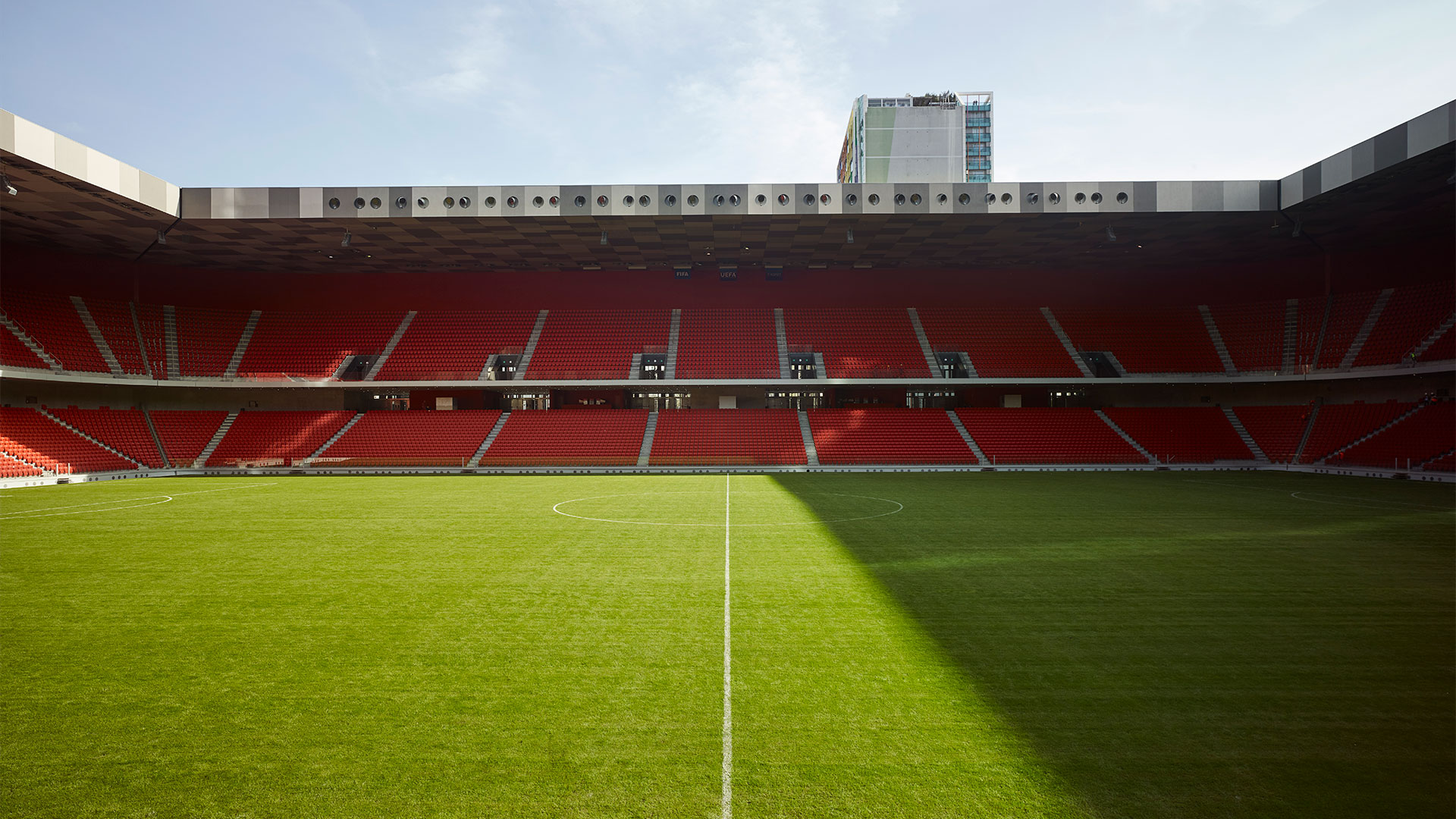 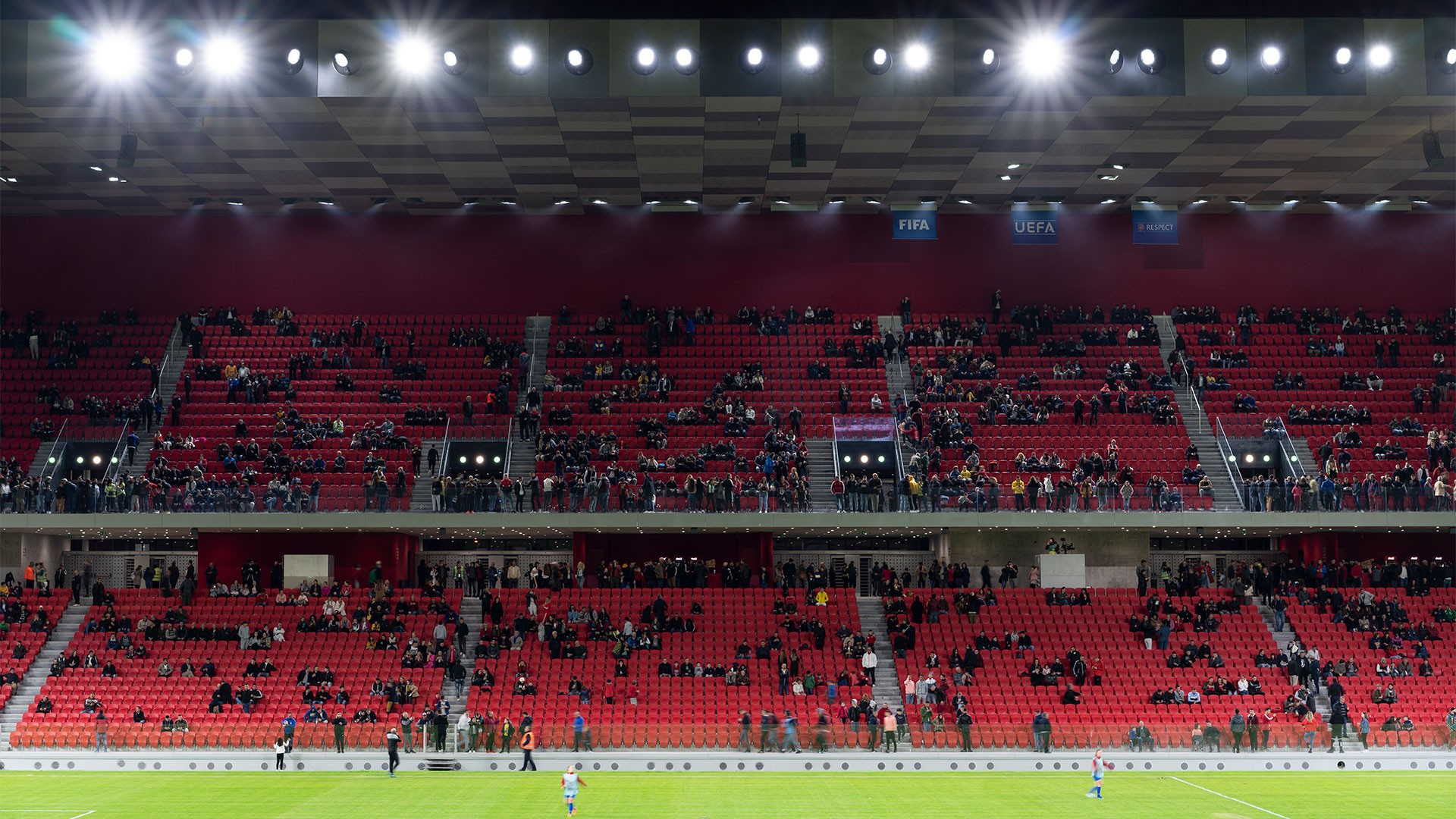 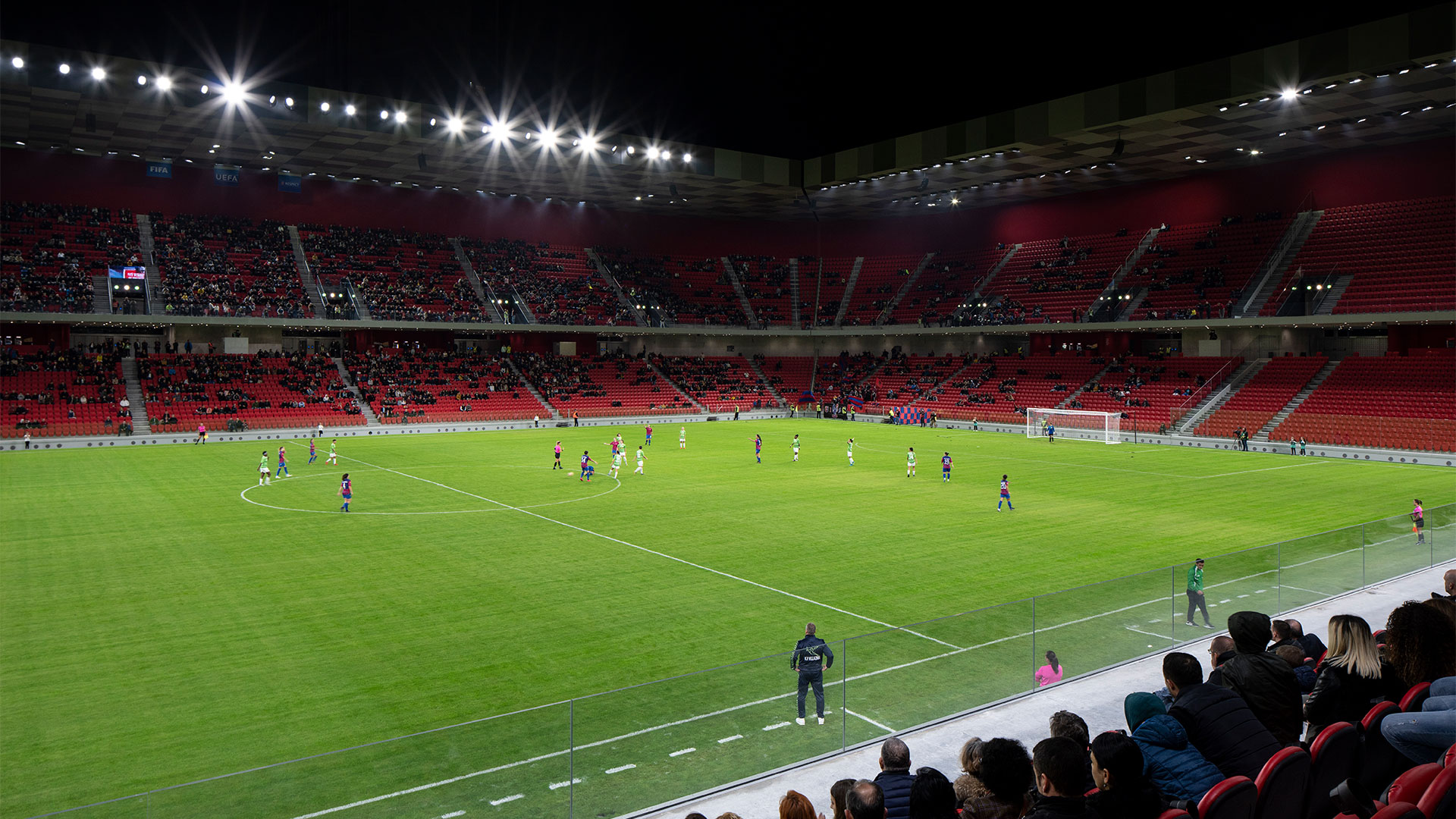 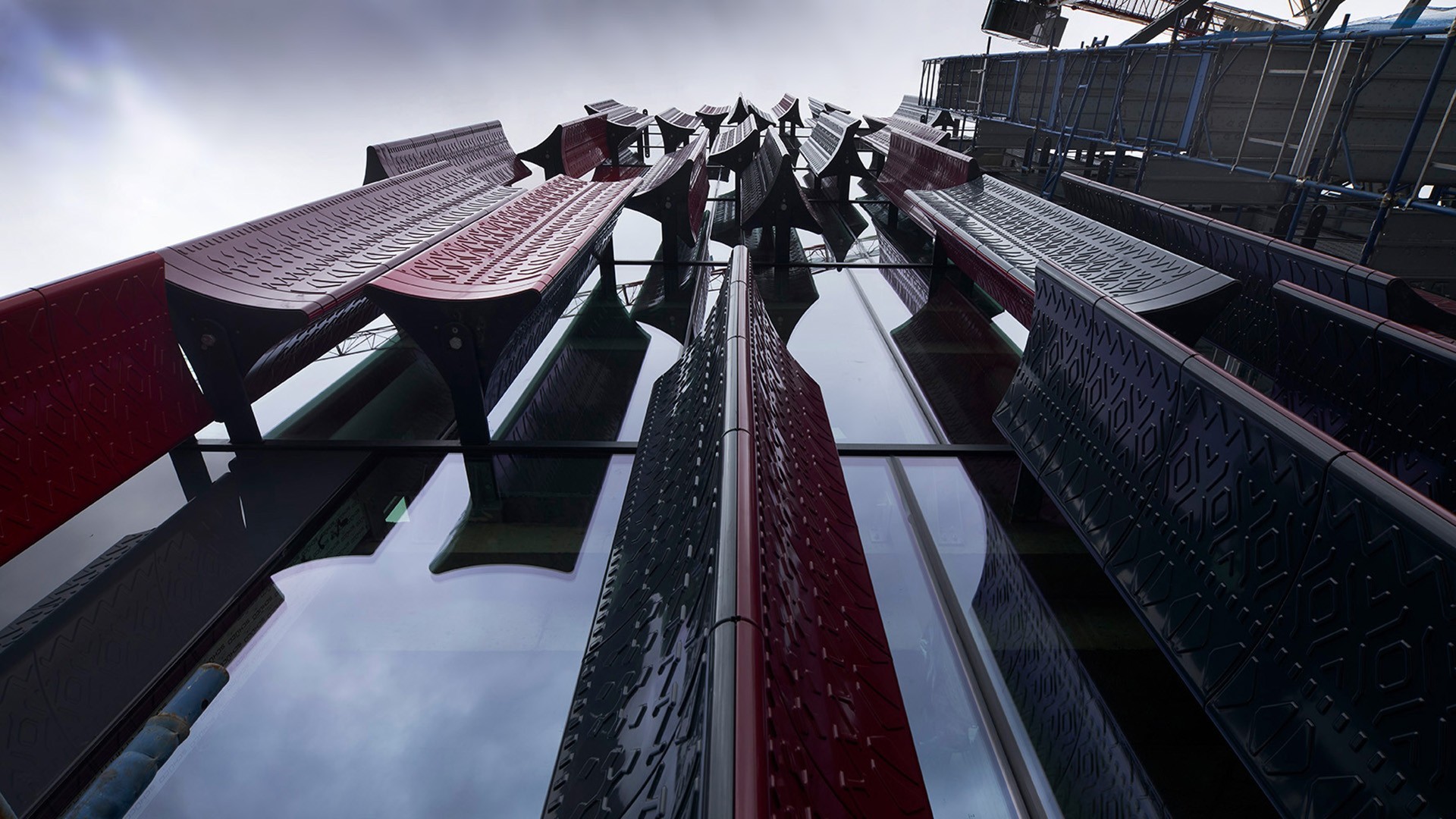