Like Tonale Glacier, at Ponte di Legno, the building that houses the new spa juts out of the mountainside and rises into the sky. Mirroring the contours of the perennial snows that lie atop it, the constructed landscape is characterized by a deep gash, an artificial crevasse that ends in a lake as the result of a painful but inexorable melting, while on the summit there is a pool where guests can swim and relax, after the experience of the grotto, surrounded by nothing but open sky.The new structure is a building that has taken the place of replaces the ordinary yet looming mass of the old City Hall, a volume that, one demolished, became unnecessary. Indeed, the constructed area, about 7,000 square meters, transformed into volume above ground, would appear out of scale with respect to the minute landscape of the town, made of houses and small buildings. For this reason, it was decided to embed the main body of the spa complex in its natural setting, i.e. in the mountainside, as if it could produce by itself that thermal energy that feeds the ancient, noble experience of the “tepidarium”.The decision to build part of the structure underground was not based on a choice of concealment; on the contrary, it develops the complex as an urban backdrop calling attention to the centrality of itself as reference for the context that would otherwise be expressed by verticality such as that of a bell tower with respect to its church. All around the Spa we have a natural extension of the plaza that identifies the center of Ponte di Legno, a place where, in the summer as in the winter, the surrounding landscape, consisting of an extraordinary and, indeed, incomparable crown of mountains, is reflected on the façades. By freeing the space occupied by the old City Hall to restore it to the social life of the town, to leisure time as alternative and complement to the activity on the ski slopes is, fundamentally, the main goal of the project. Its purpose is to increase the tourist offering of a resort town that can express a renewed identity and can therefore claim unique and original characteristics, distinctive traits of a natural and constructed landscape in which architecture, as a discipline, must necessarily play its part. This particular architecture can be said to be emotional rather than dimensional, the architecture of a small but important town, discrete but clearly visible, capable of becoming iconic and of representing the resort and the valley that we imagine already misted in the colder months by the puffs of steam the spa baths eject skyward, as if a building alone could, with its activity, invent the clouds. 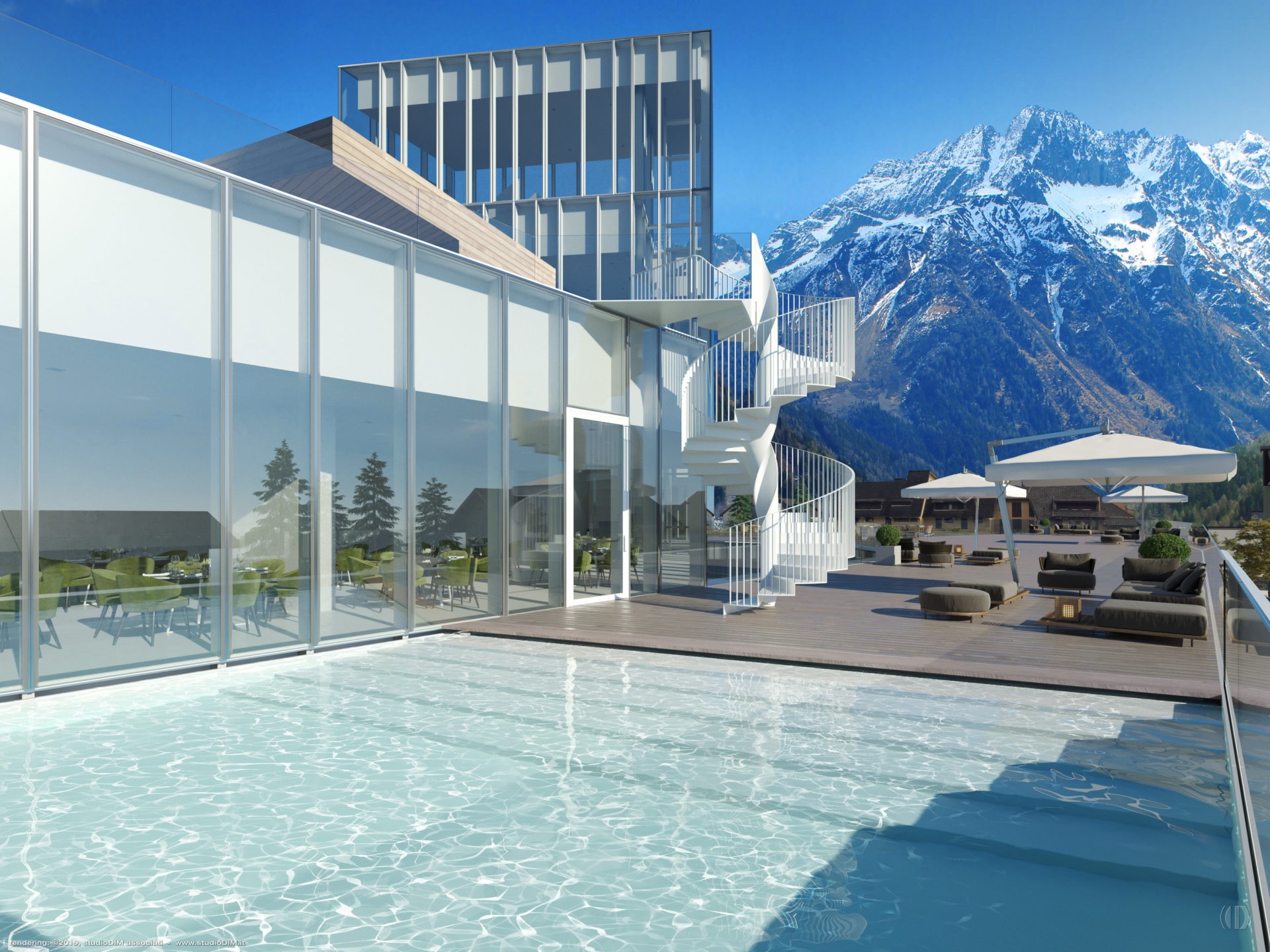 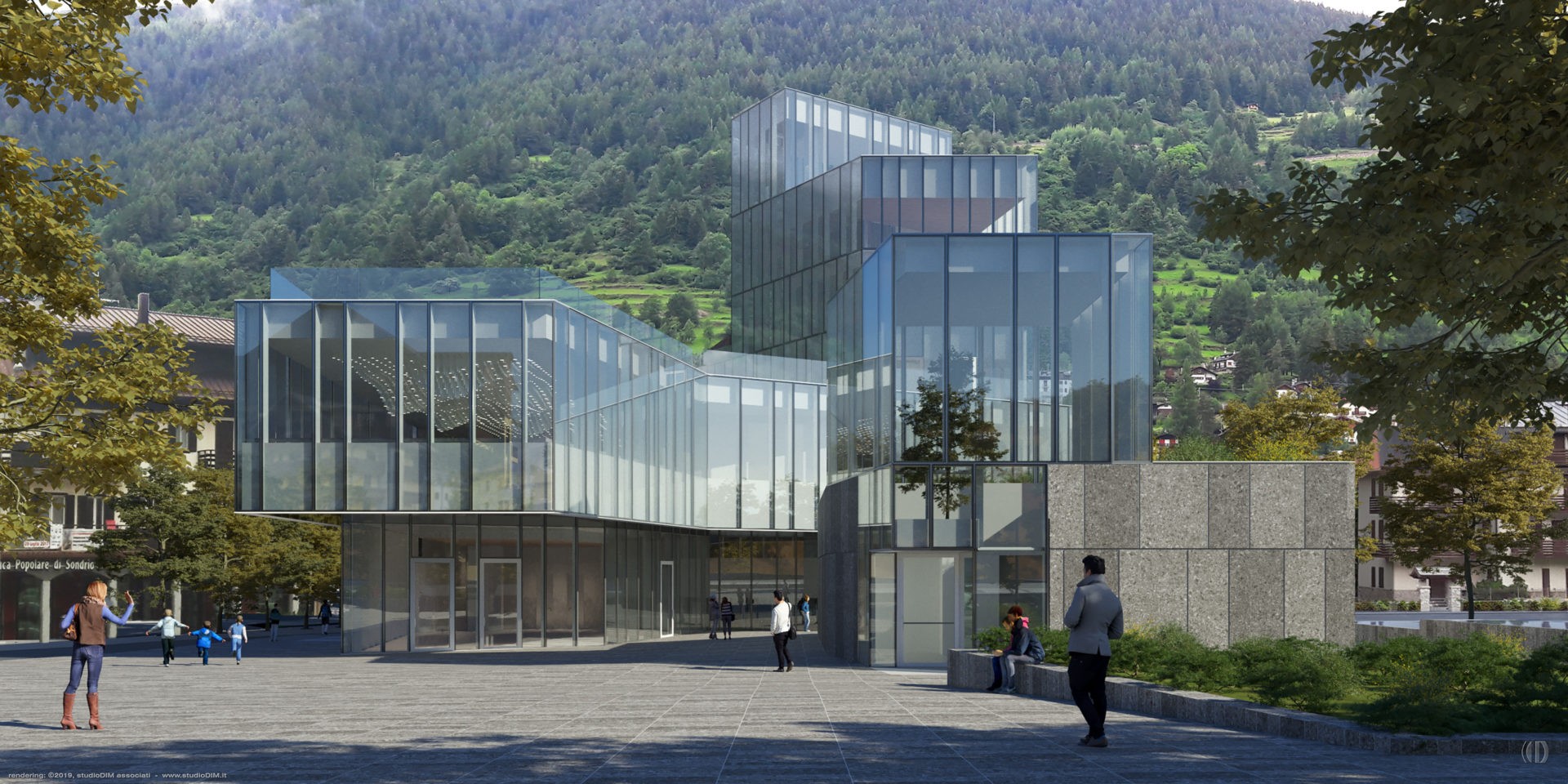 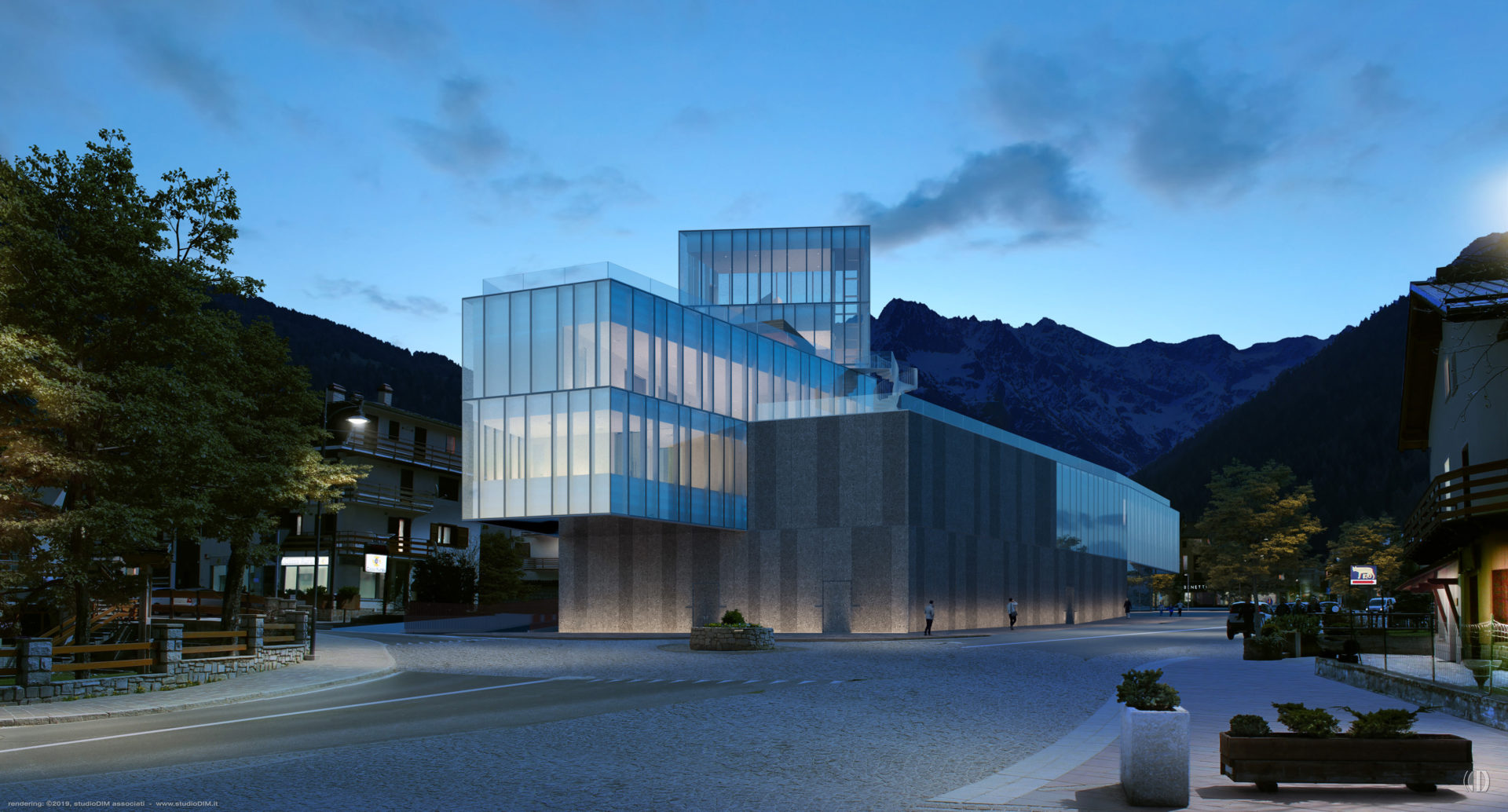 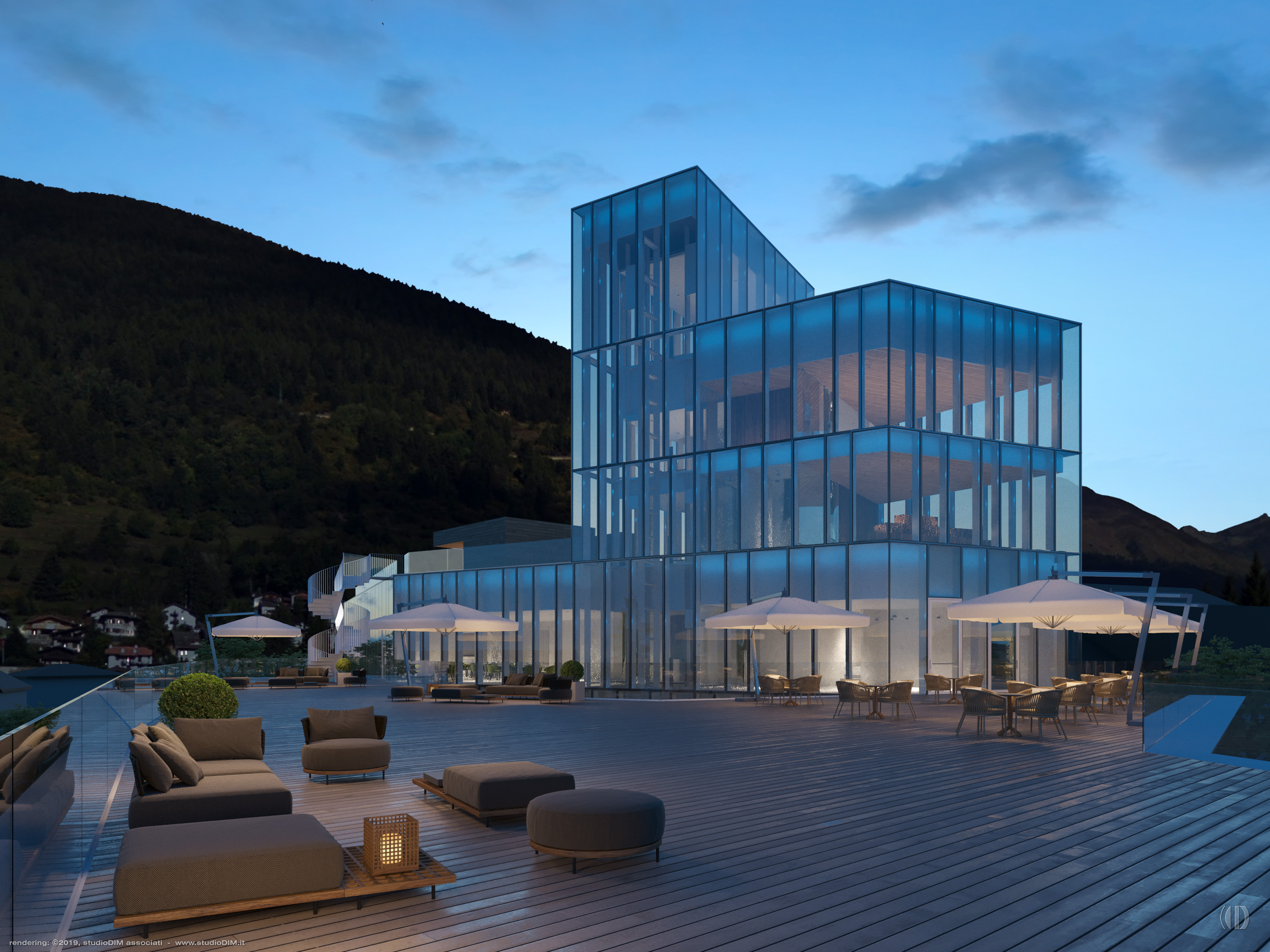 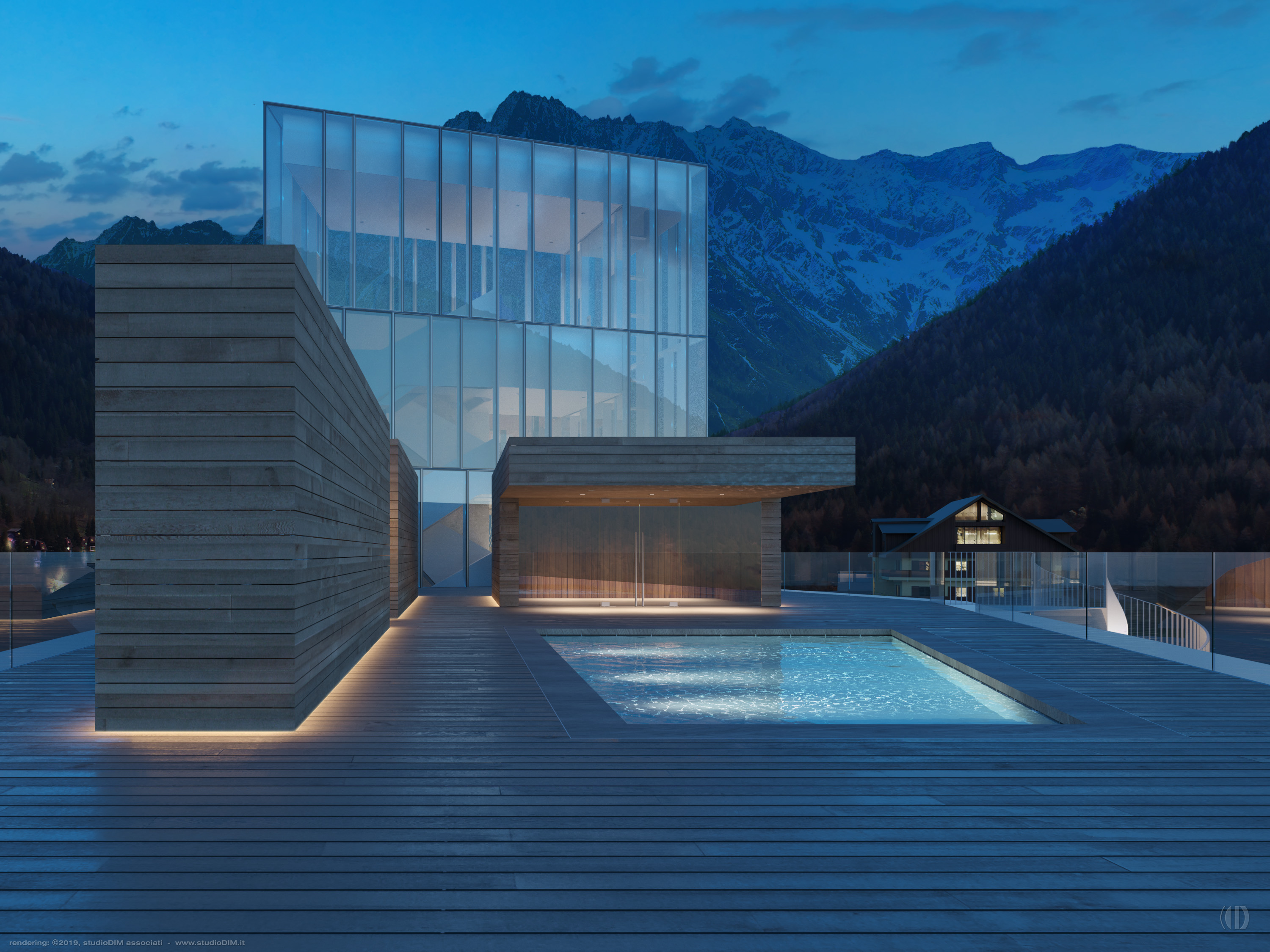 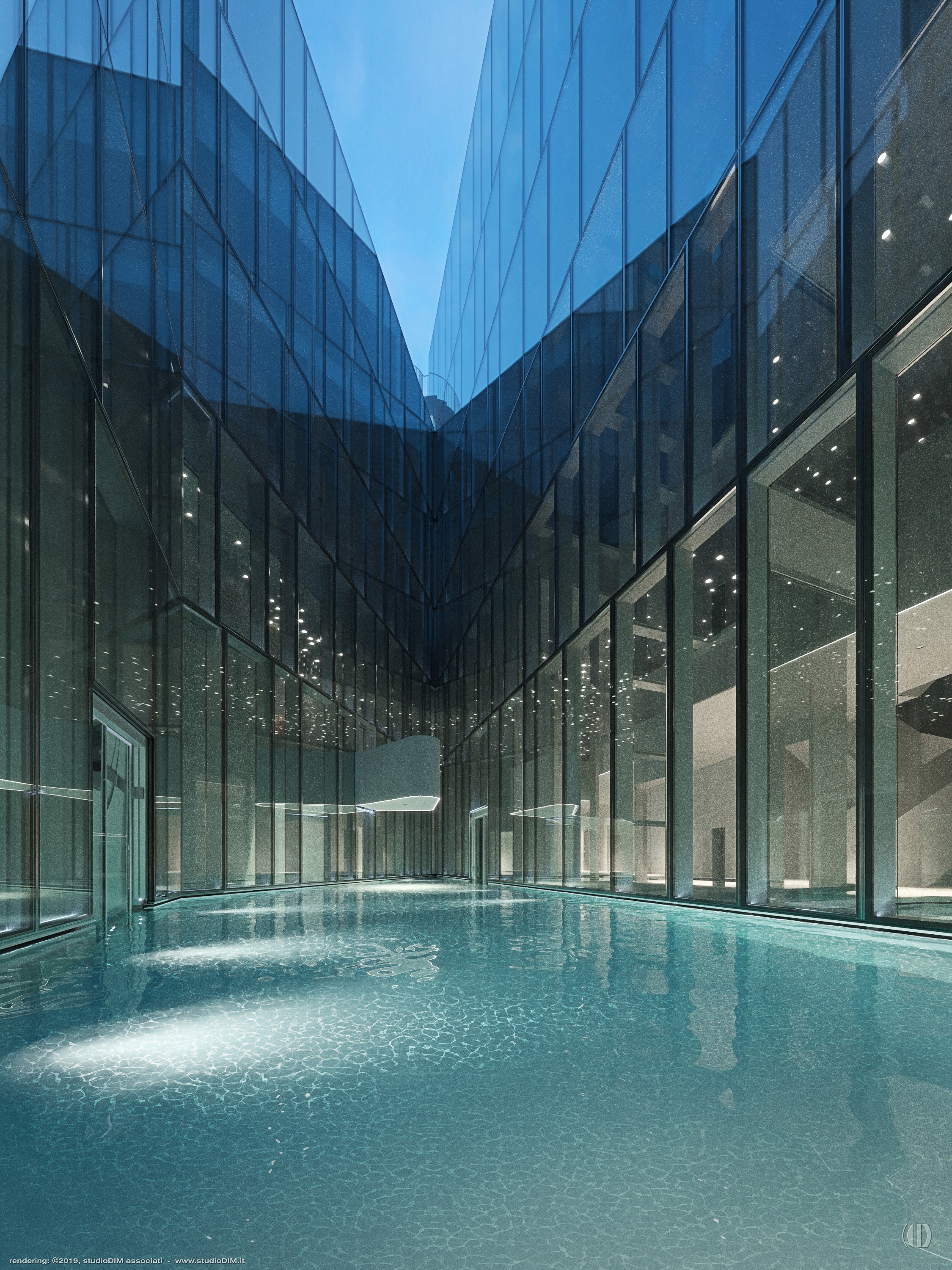 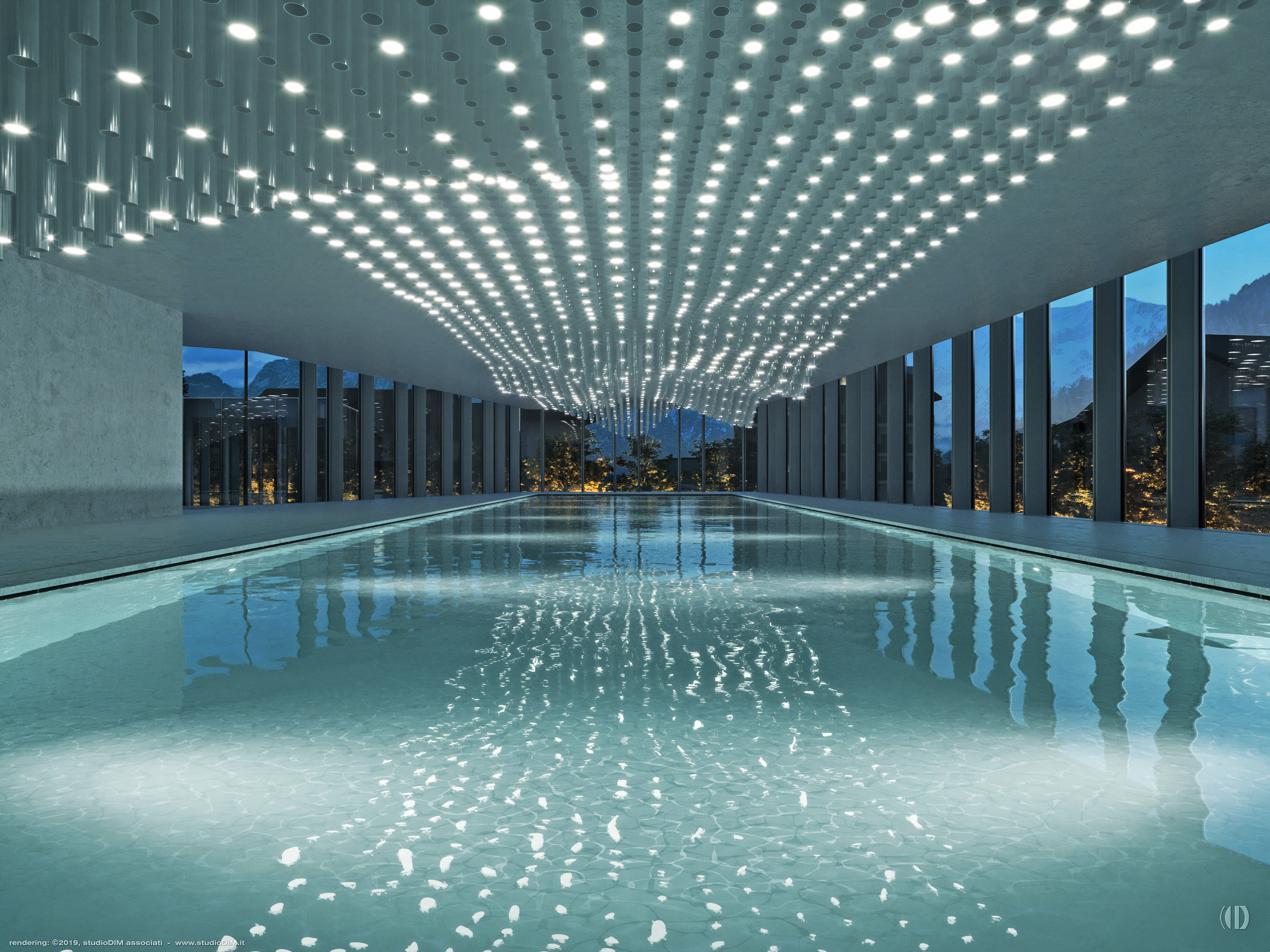 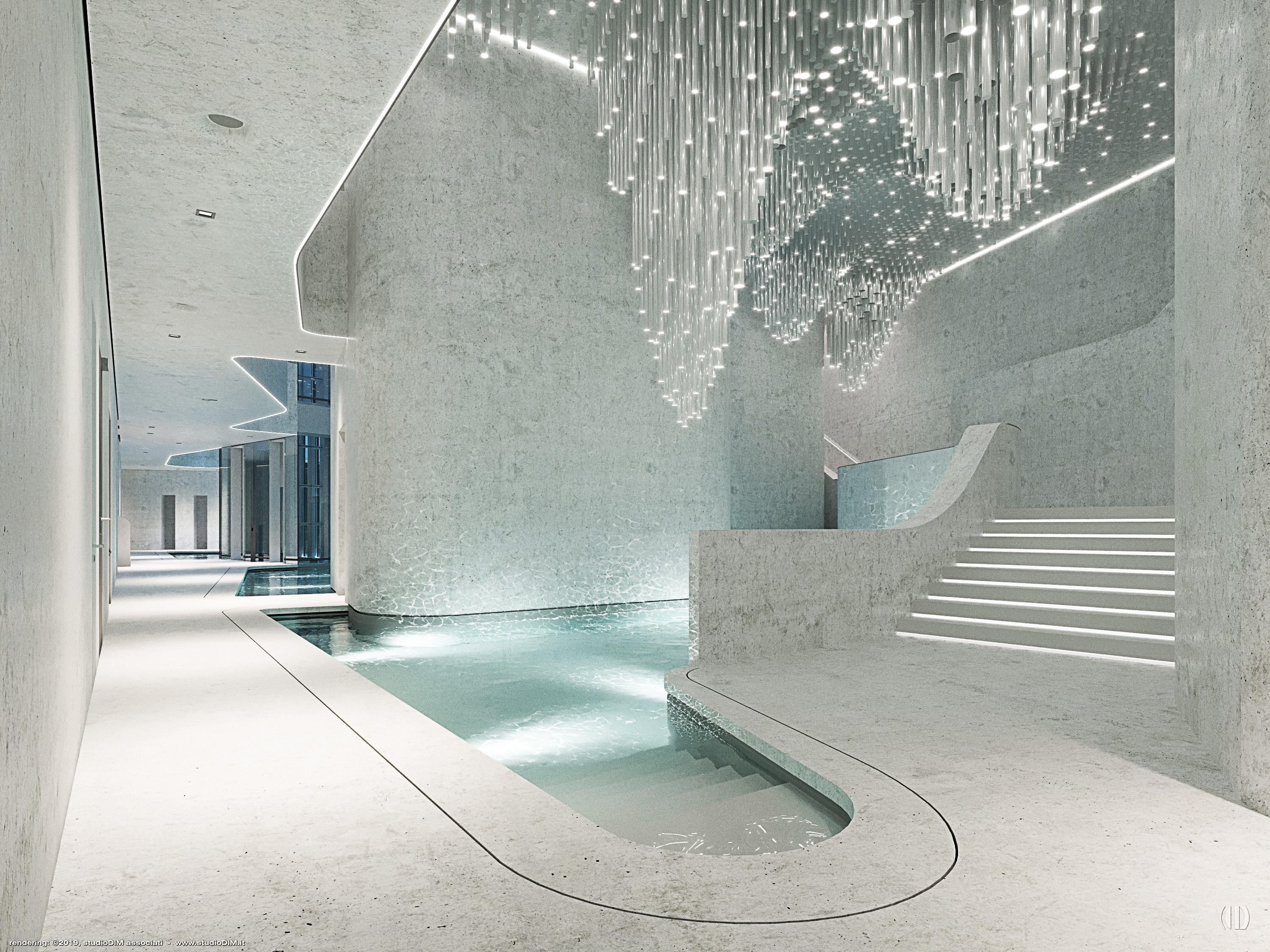 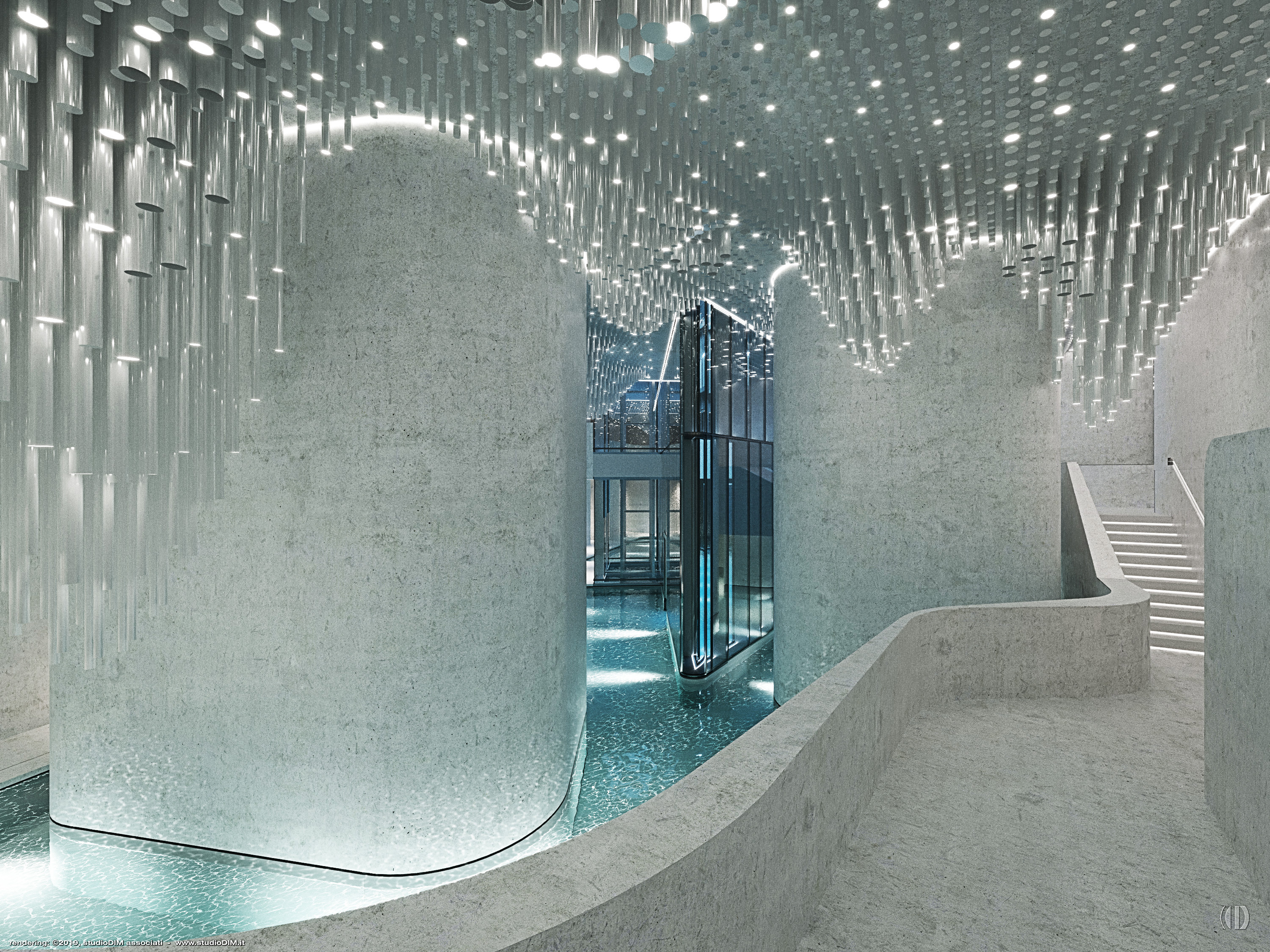