The building, in the old town of Leffe in the Seriana Valley, is the result of the demolition and reconstruction of an existing house. The plot, defined on the sides by two adjacent buildings with different façades narrows down from about 10 metres on the side facing the street to only 5 metres on the side overlooking the valley. The condition of the site and the distances which had to be respected to the complex arrangement of the facing buildings have suggested the idea of a jagged and folded main façade, dominated by the tower-shaped outline of the staircase. Placed in close contact with the facades of the other buildings the front forms a solid curtain with the exception of strips of light which enter the interior from a sequence of rifts cut into the masonry. The rear facade is characterized by the glazing of the entire space enclosed by the neighbouring buildings. This has called for the design of a system of screens, formed of large metal doors which fold together to offer an unobstructed view of the valley, and to protect the entire surface of the façade. This mobile partition echoes the theme of the long and narrow openings characterizing the opposite facade, at the same time reminding of the typical sunscreen of traditional farmhouses and barns. 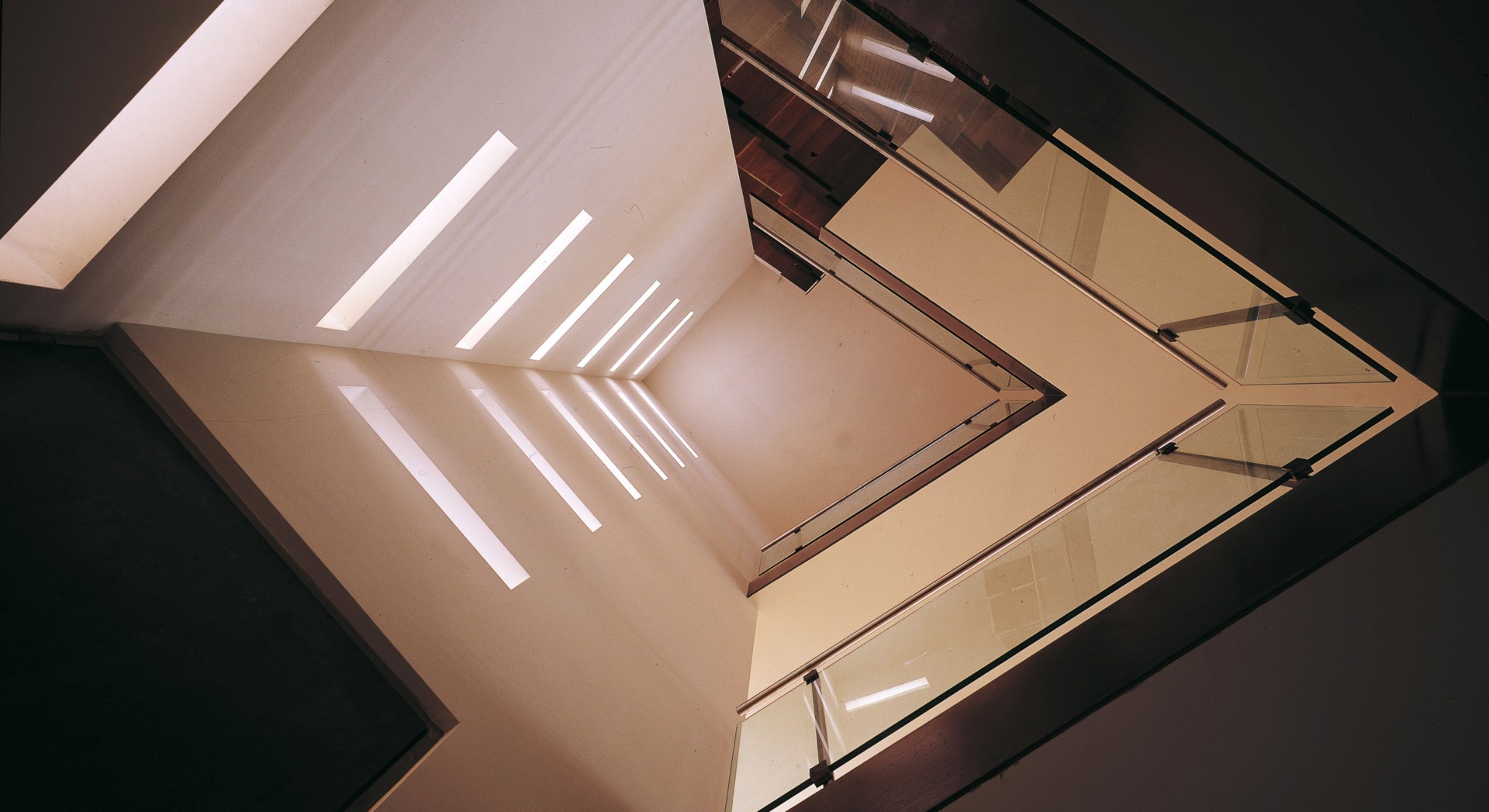 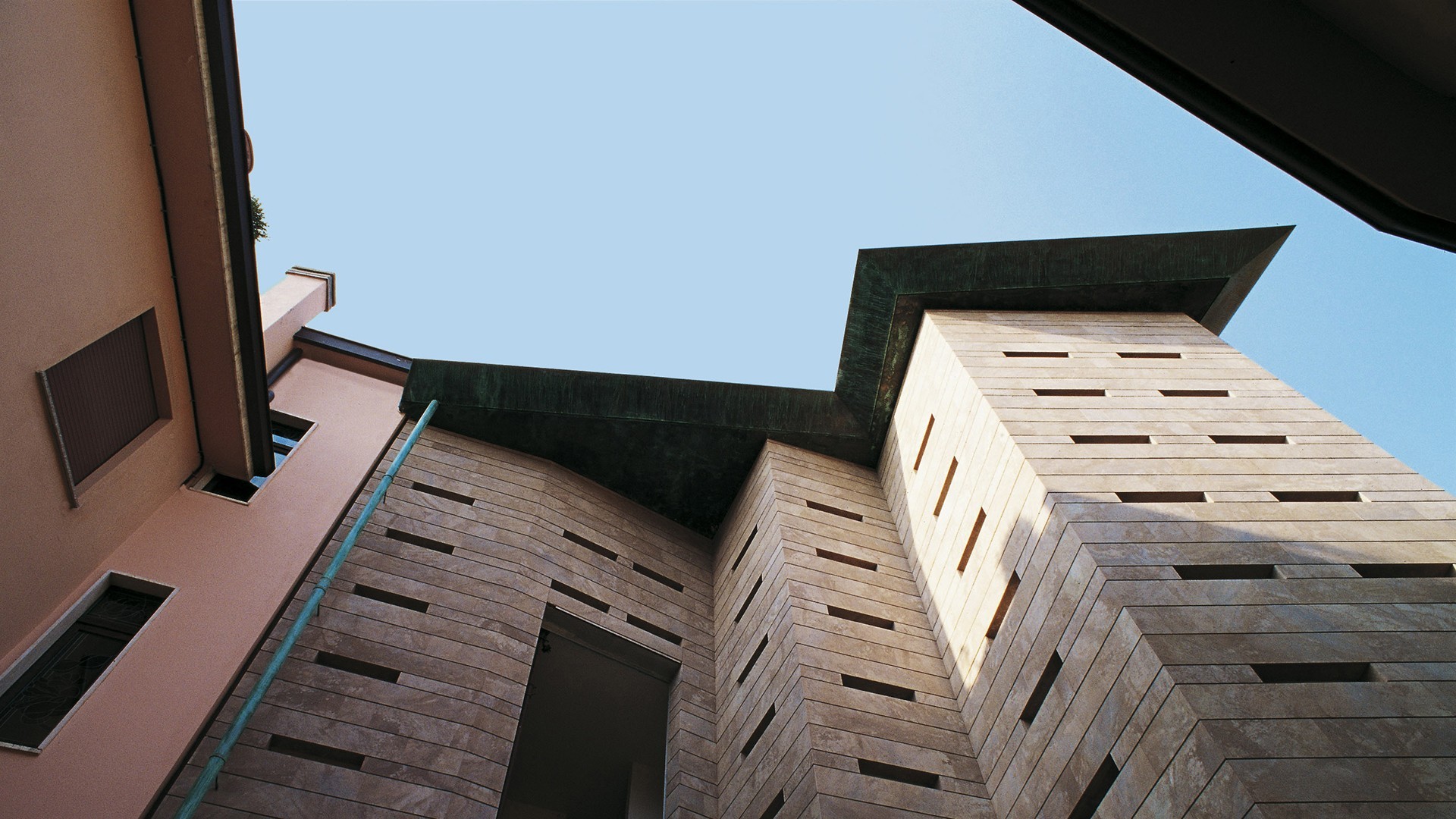 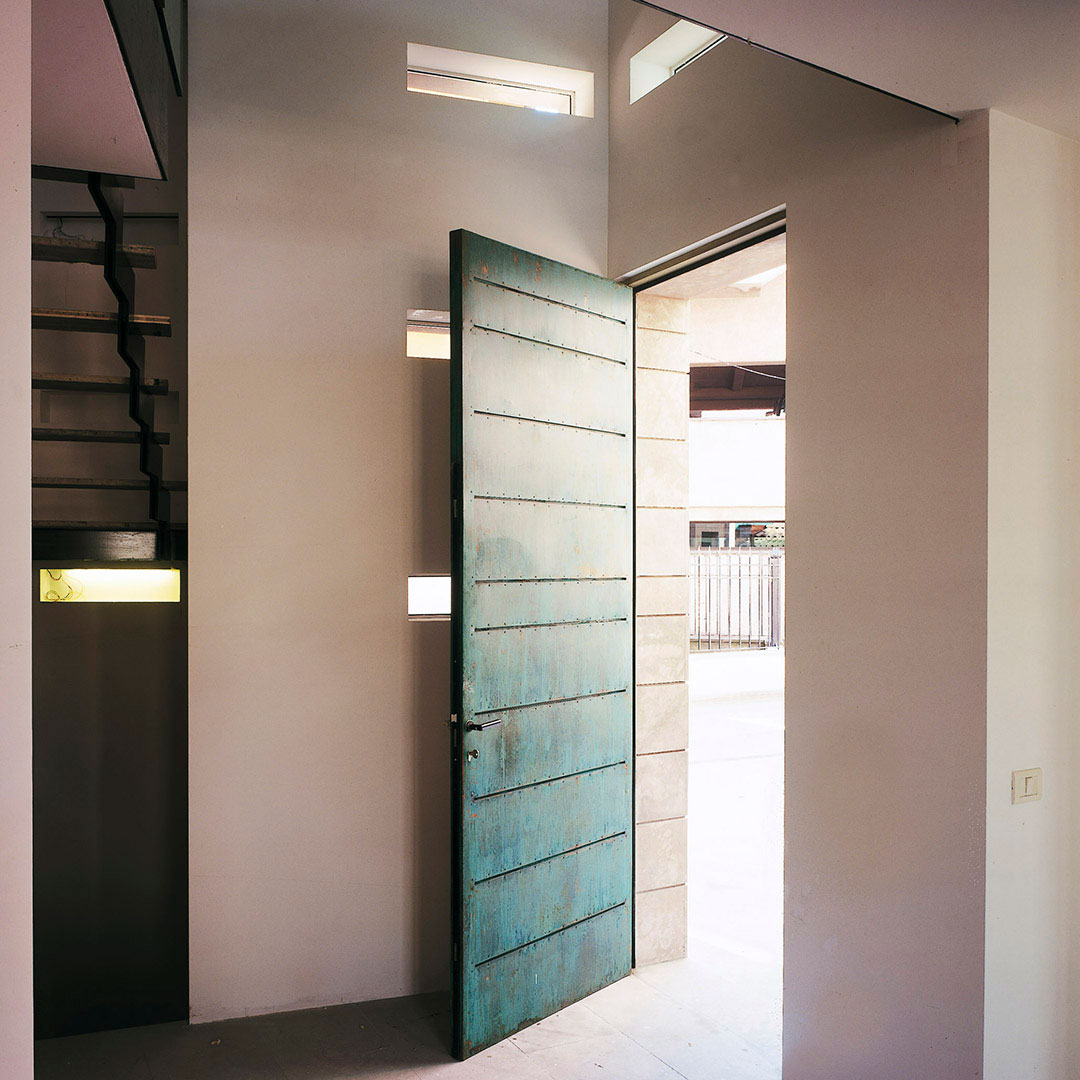 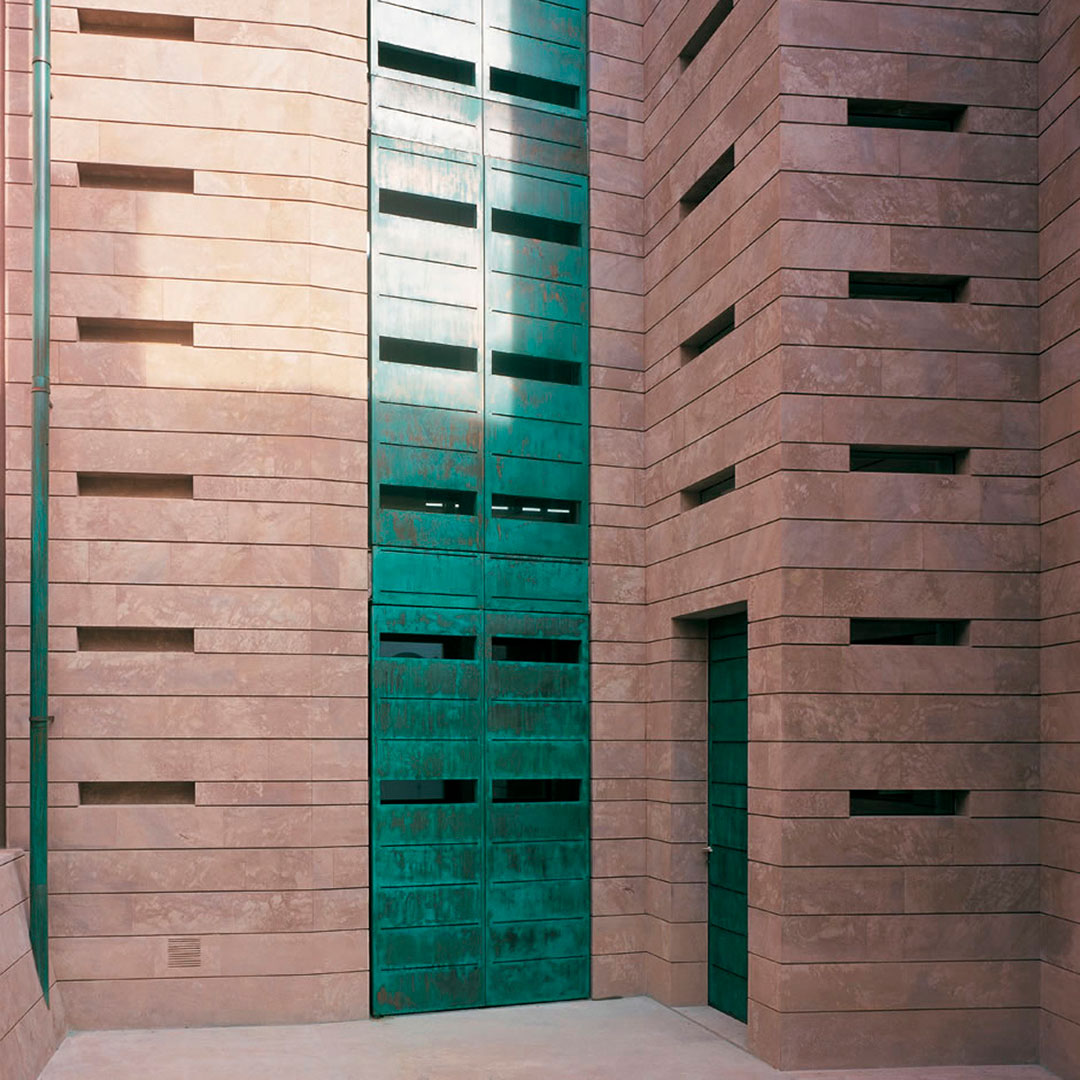 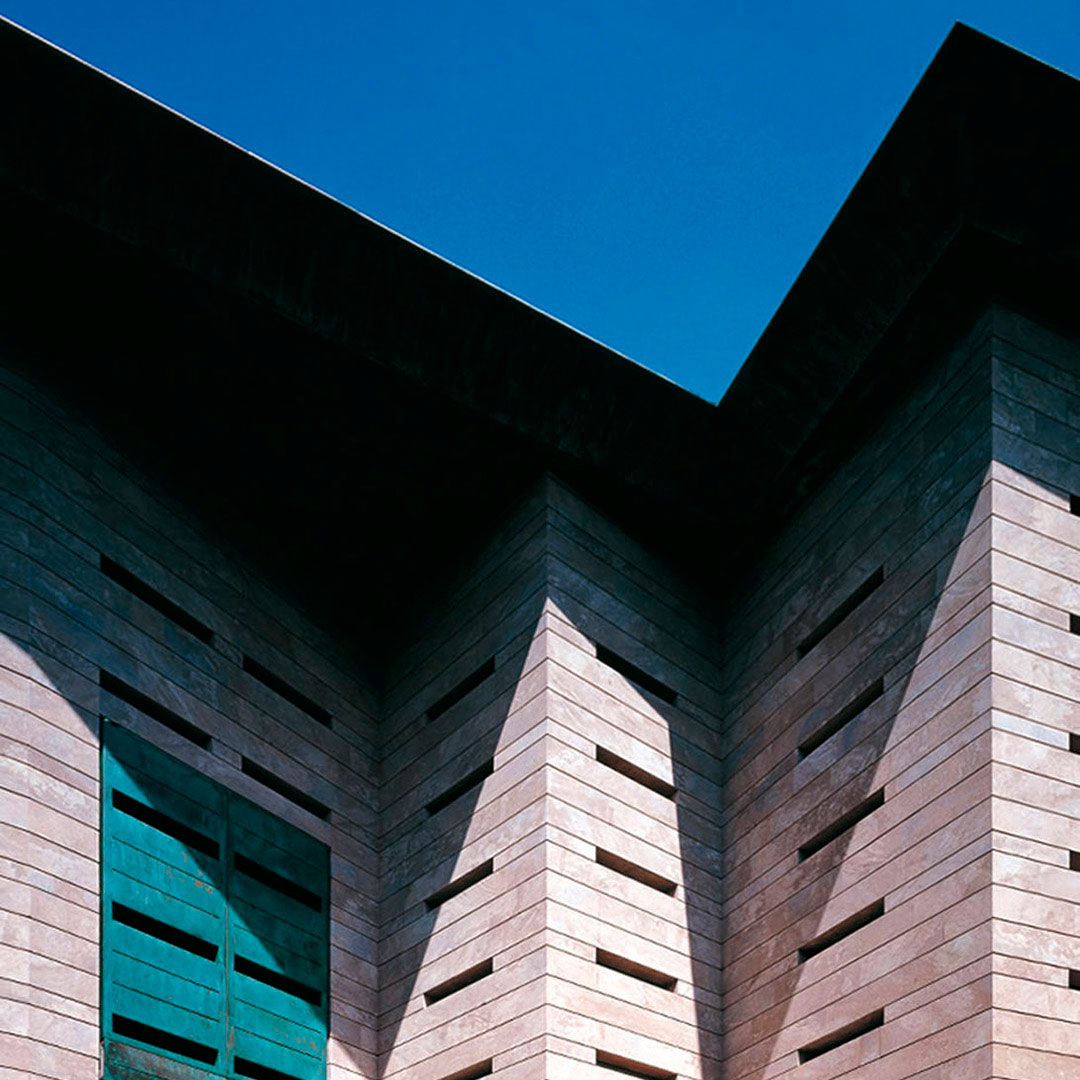 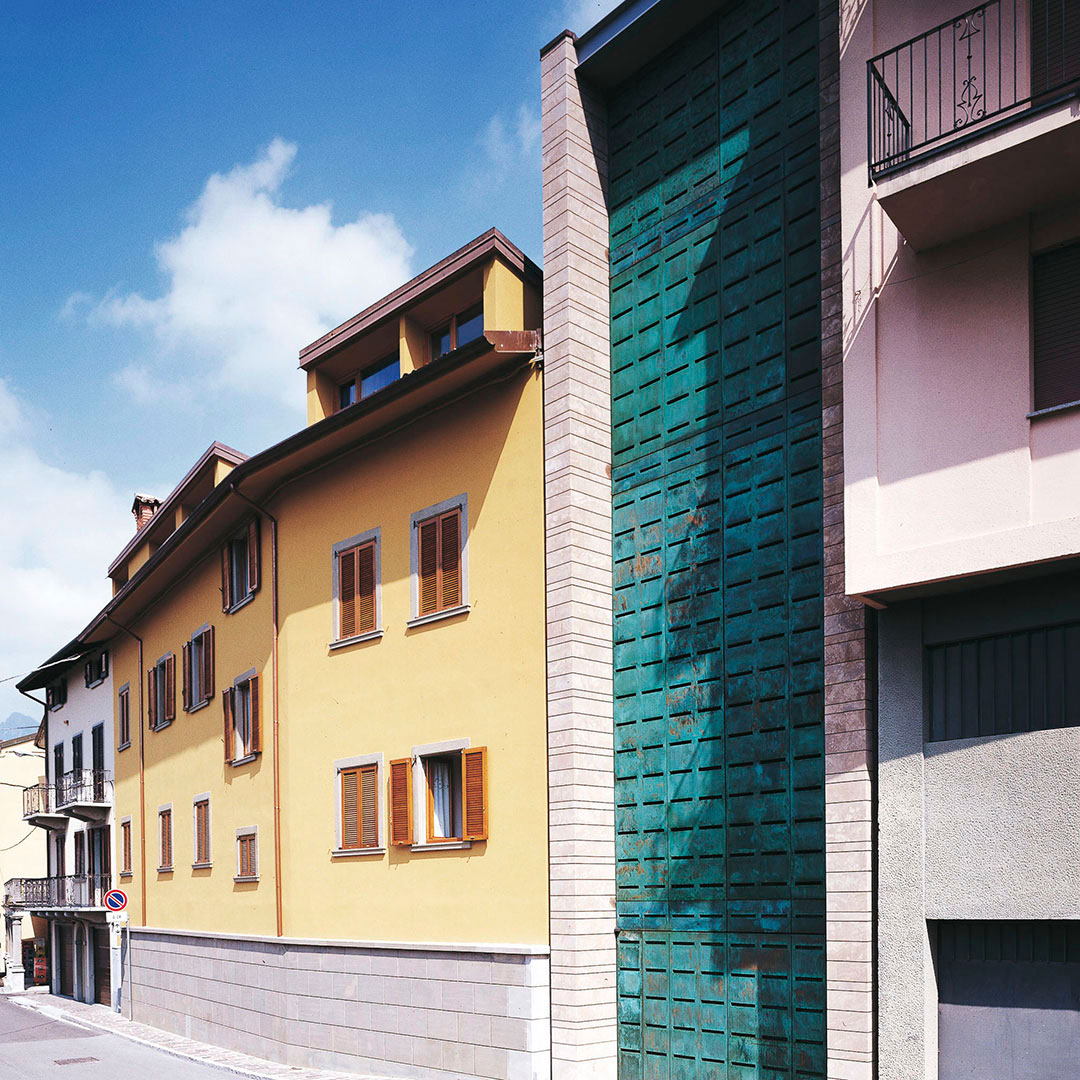