The site for the building of a new public library and a small auditorium with 250 seats has been found inside an existing school campus. The location has suggested the idea of a project centred on the continuity of the surrounding public area. The building, conceived as a kind of open book, is therefore characterized by a sloping roof which is terraced to form stands, and which may be used for open-air events, to extend the public square in front to the roof of the building. The plan distinguishes the activities which pivot on the rectangular hall of the auditorium from the areas of the library, whose perimeter consists of a longitudinal outline characterized by the jagged geometry of the external facade. The line of demarcation and communication between the two areas takes the form of a new urban itinerary, a triple-height void paced horizontally by a system of split levels which in their turn serve as communication paths, and vertically by a succession of uprights which structure the entire  wall as container case of books. The materials, which have been reduced to the essentiality of an untreated concrete mixed with colour, have made it possible to mould the vertical surfaces as the pages of a conceptual book, engraved here and there with letters. 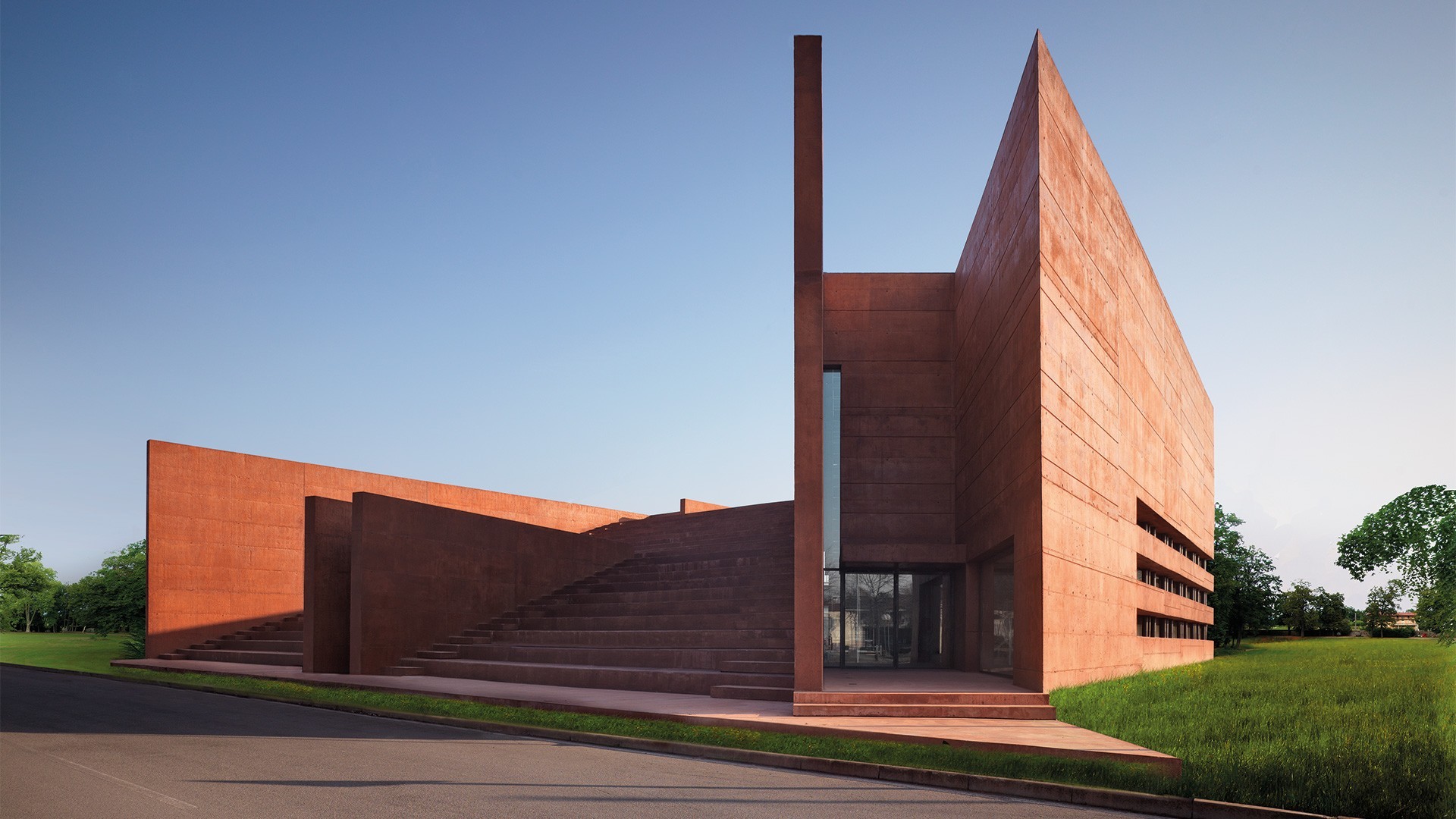 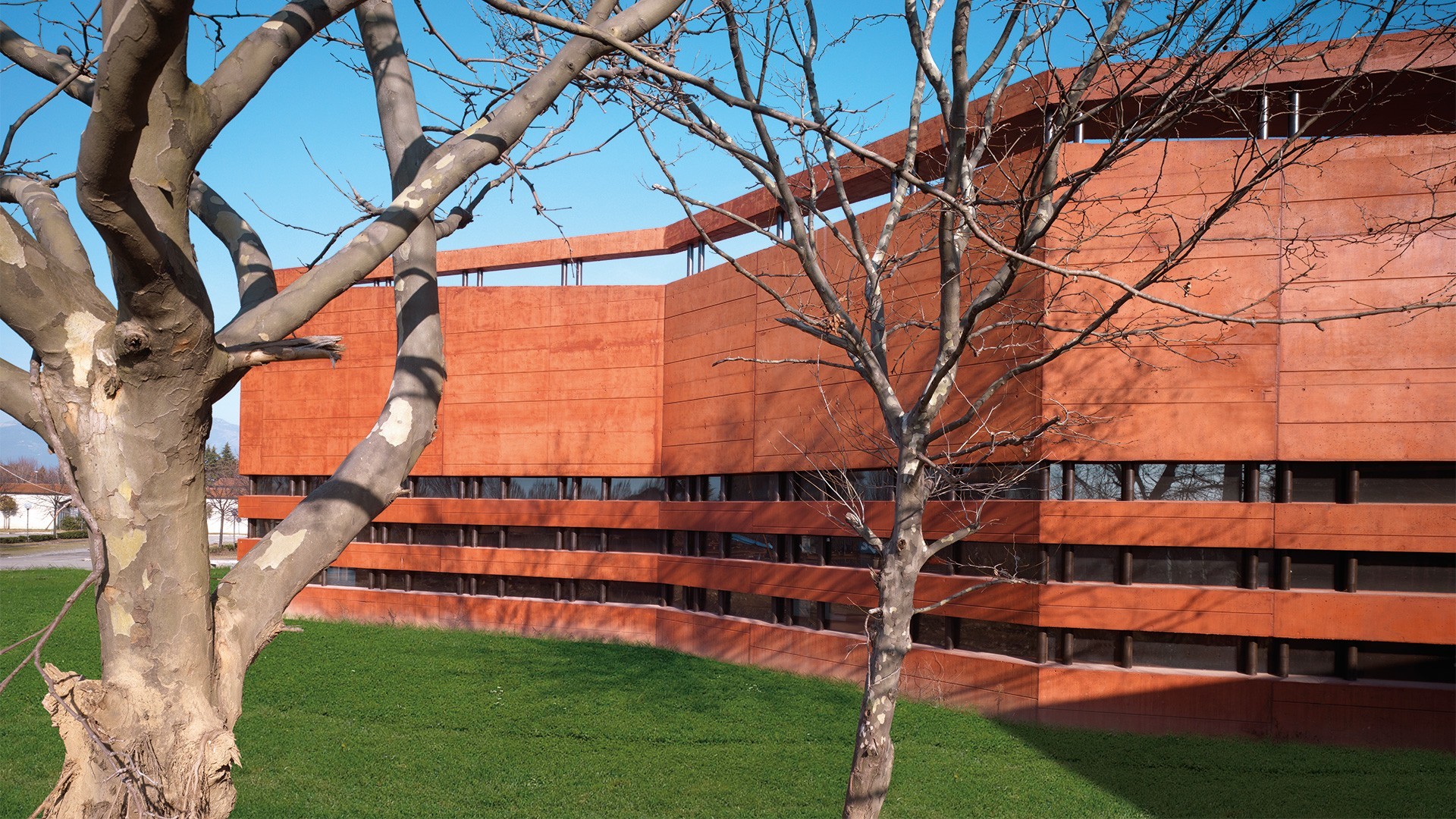 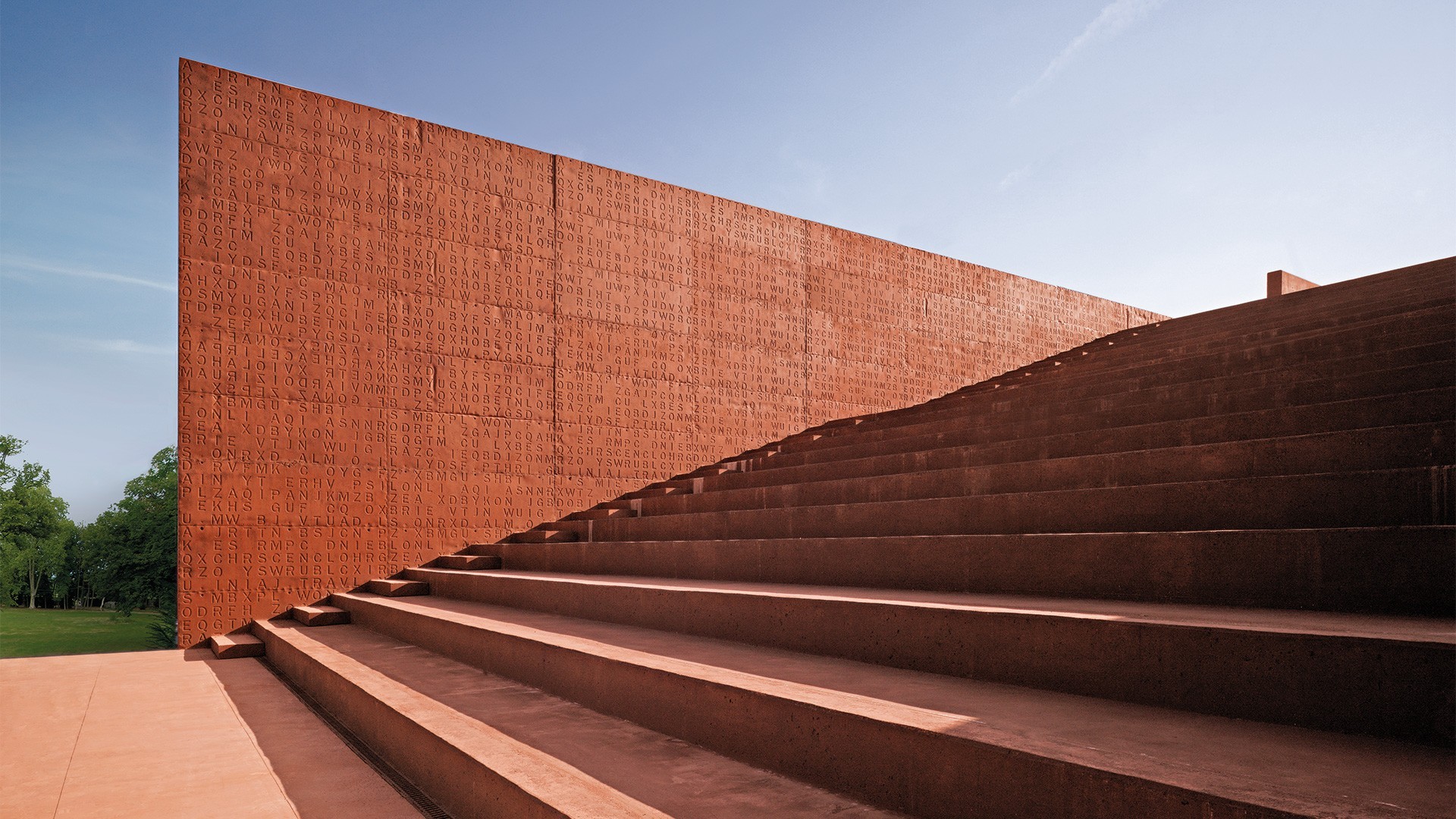 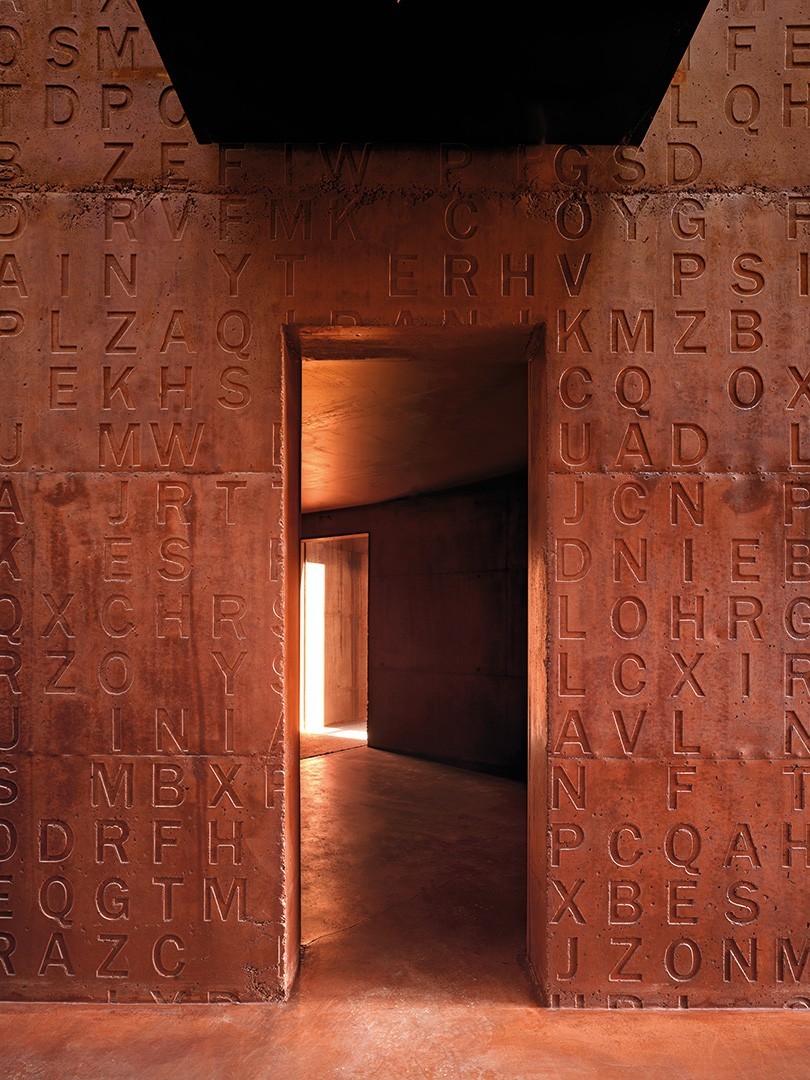 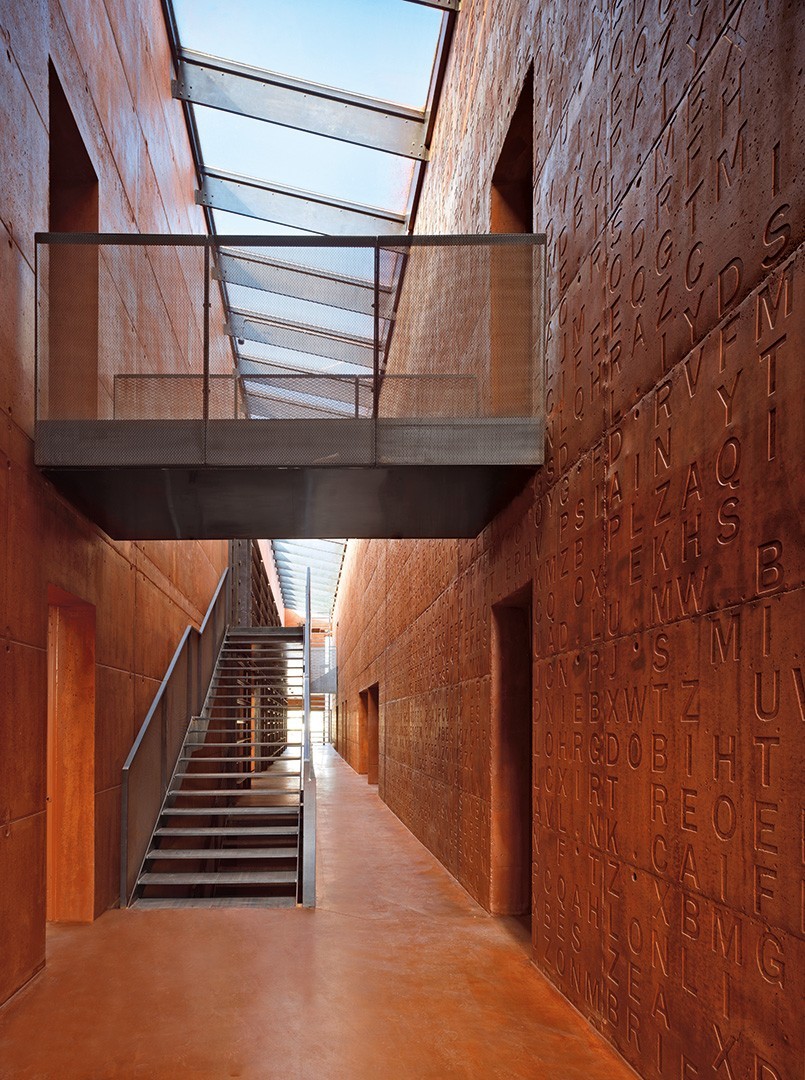 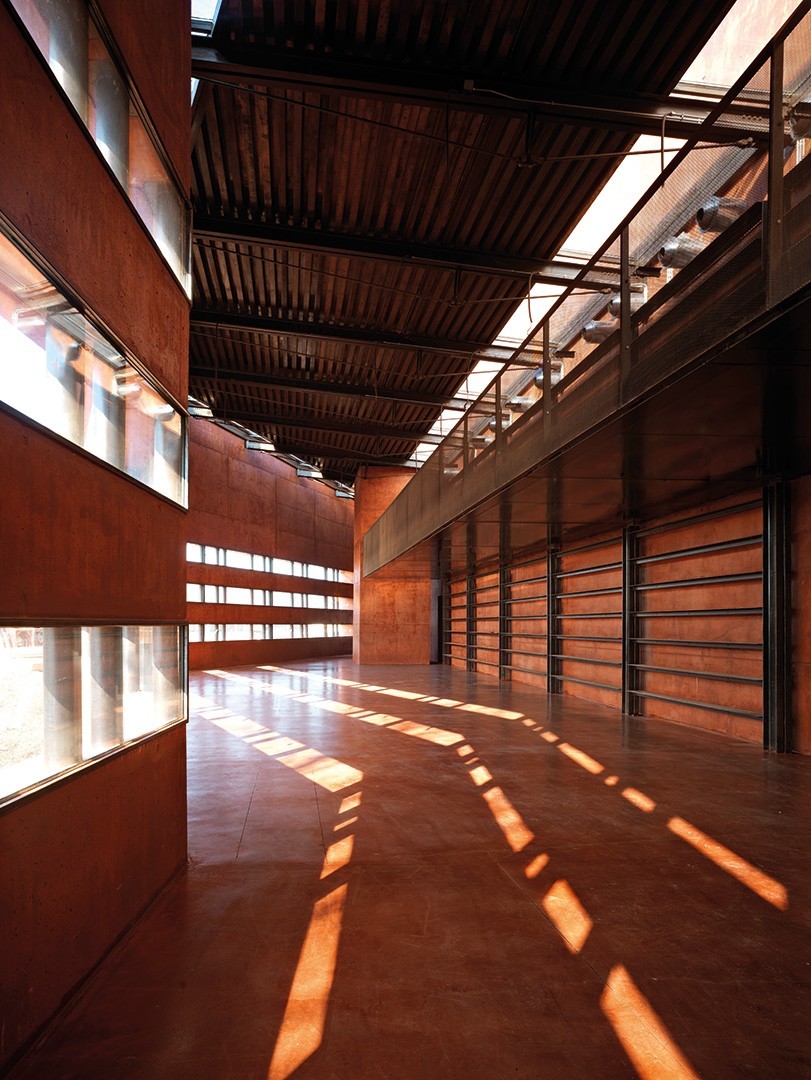 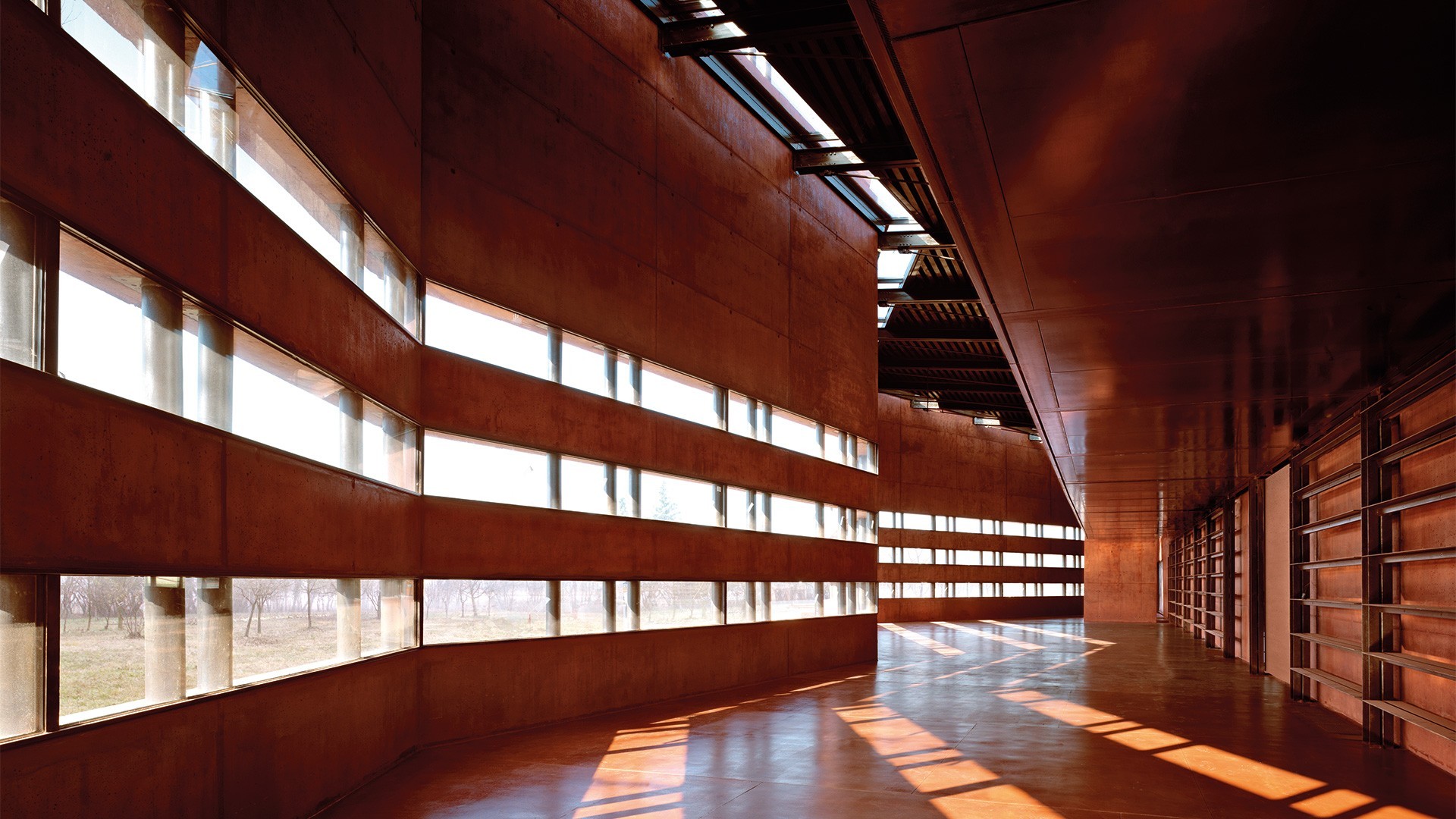 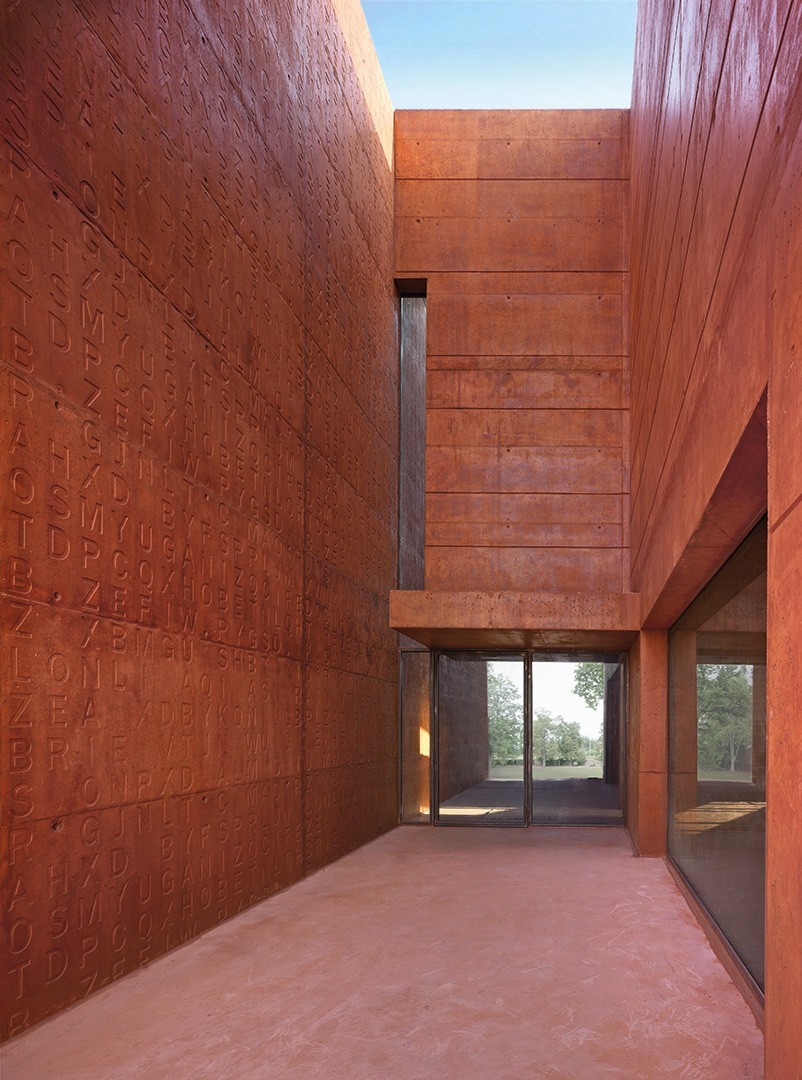