The project consists of the renovation of a building from the late Nineteenth century in the old centre of a small town in the province of Bergamo, which had initially been built as a primary school. The intention was to make the building available to the citizens, by renovating and expanding the original building, which was to become the new municipal library and thus a centre of culture. The C-shaped plan of the original building and the fact that more space was needed suggested the addition of a new block on the open side, to create an internal open court and turn the building into a more stately palazzo formed around a court. The new volume is only connected through the basement, while it maintains a studied physical and morphological distance from the existing building. The new structure takes the form of a triple-height book-case, contained in transparent shell or casket, protected by sunscreens formed of terracotta books supported by a system of steel profiles which screen and filter the sunlight. This diaphragm, characterized by the free rotation of the books, symbolically defines the character and the significance of the entire building.
The sunscreen façade of the municipal library of Nembro is formed of a complex aggregate of technological elements that gives the building its unique appearance and regulates the illumination in the interior with a filtered effect of light and shade.
The load-bearing structure in steel consists of cruciform pillars, each of which have been constructed by assembling four L-profiles welded to an internal platform, connected horizontally by circular-section tubes that have in their turn been wind-braced.
Special steel brackets fasten this structure to the building inside and to the wall in tempered double glazing with a central air chamber. The screen of glazed bricks is, on the contrary, fixed to the outside of the metal structure consisting of a succession of vertical metal bars placed at variable distances. It looks like a curtain of terracotta elements which have been especially made by the tradition-rich kilns of Sannini of Impruneta. The square bricks, that weigh thirteen kilo each, feature extruded holes in correspondence with their section, in the shape of letters forming the name Nembro in addition to a star-shaped cavity through which the threaded bars supporting them pass, almost as if they were pearls threaded on a string. 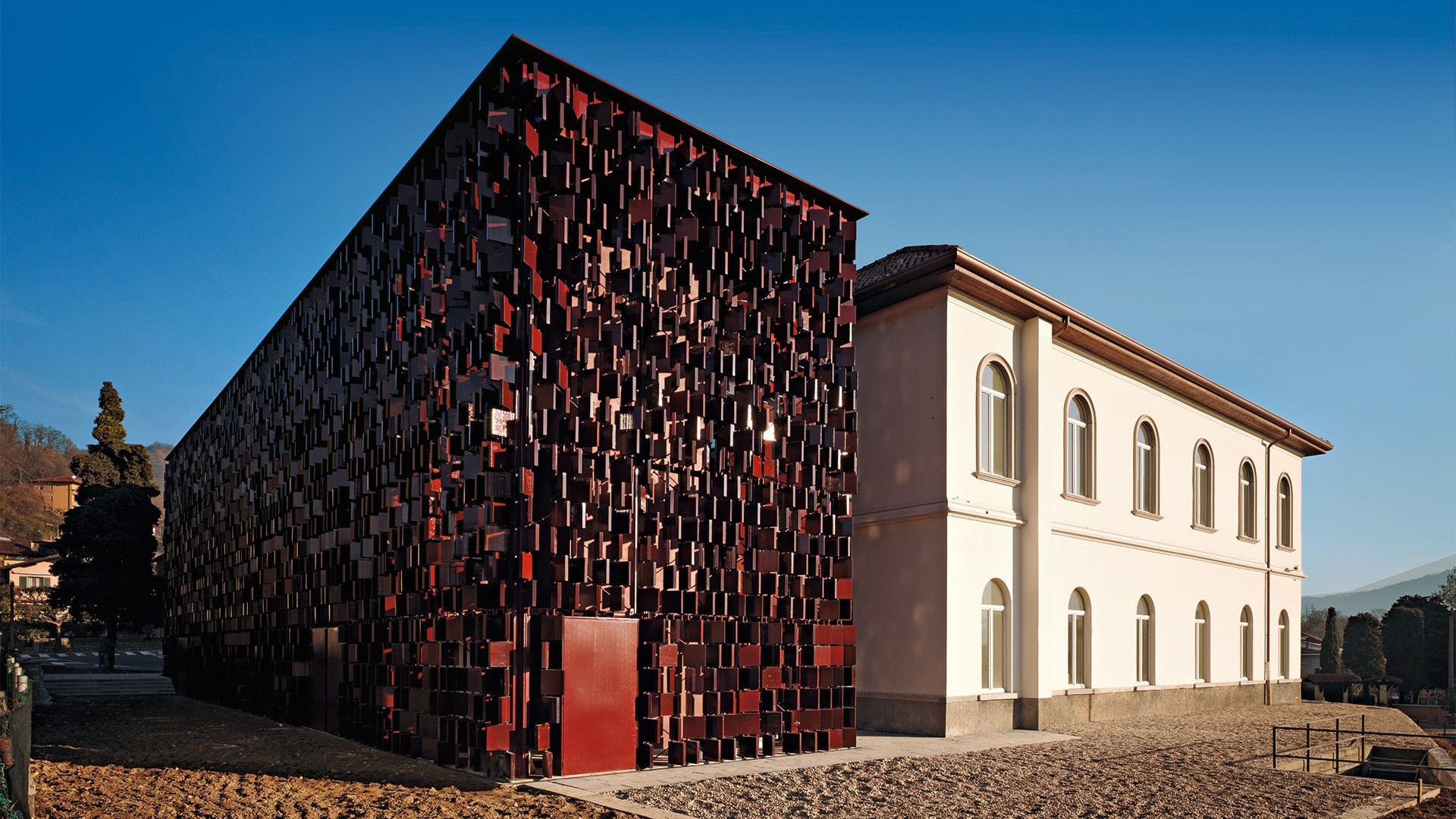 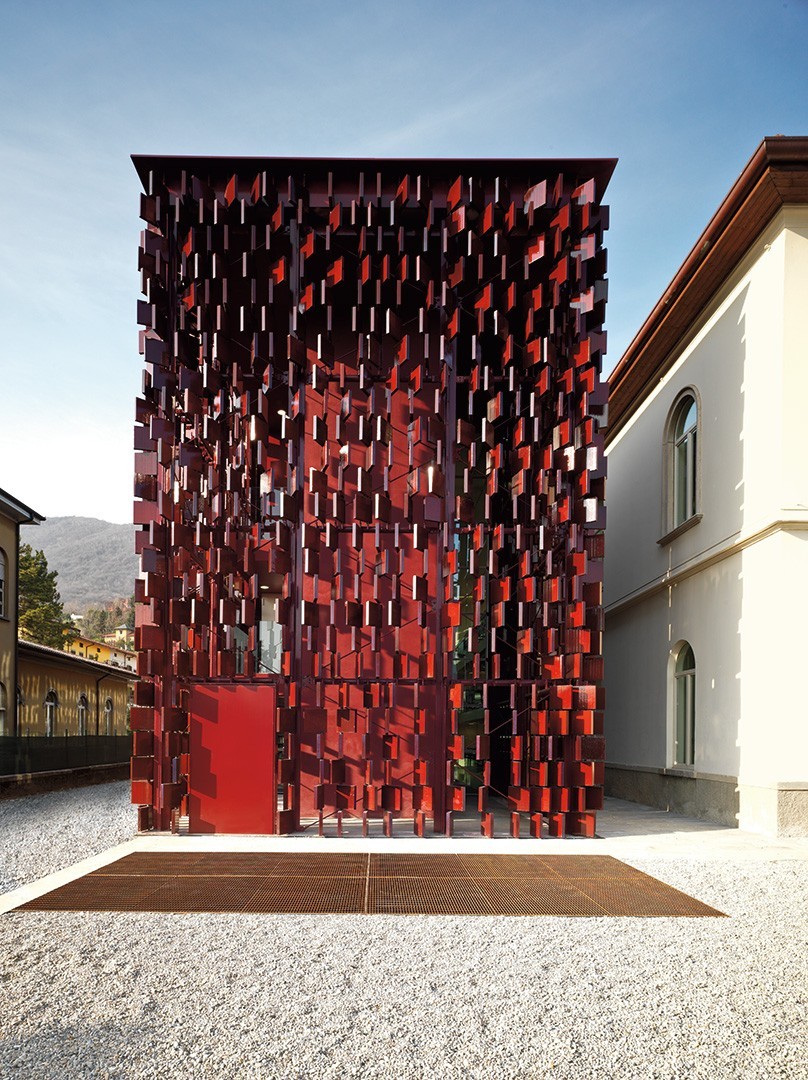 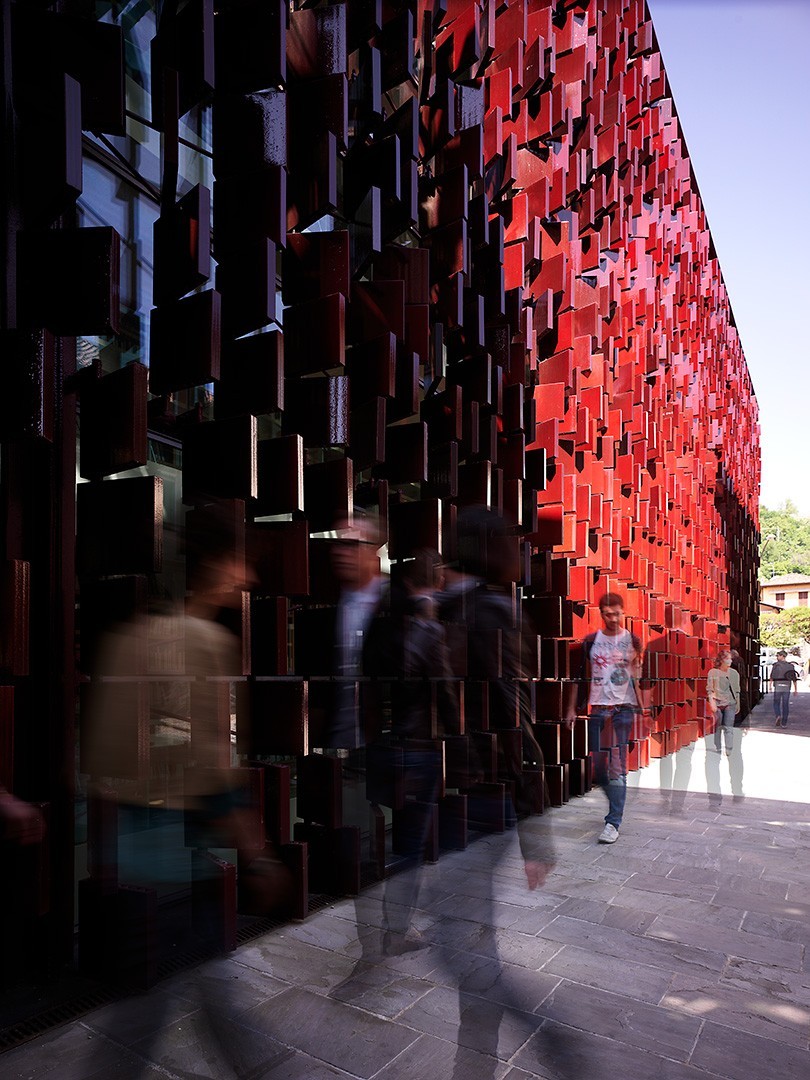 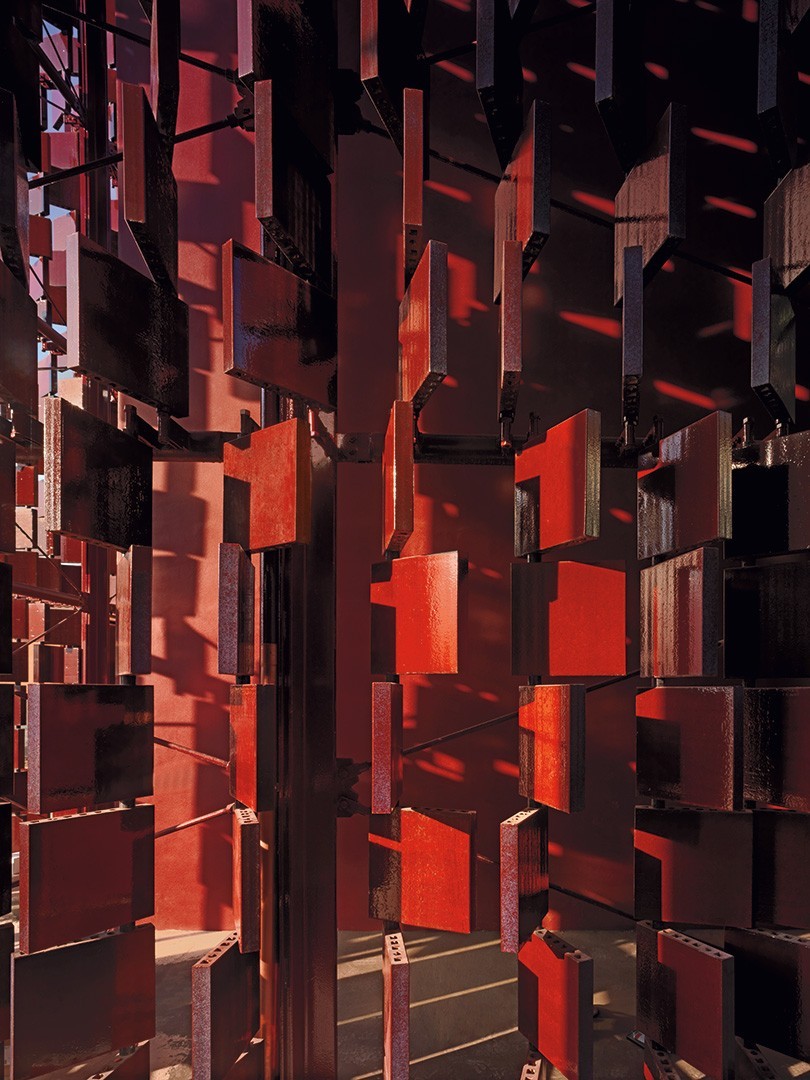 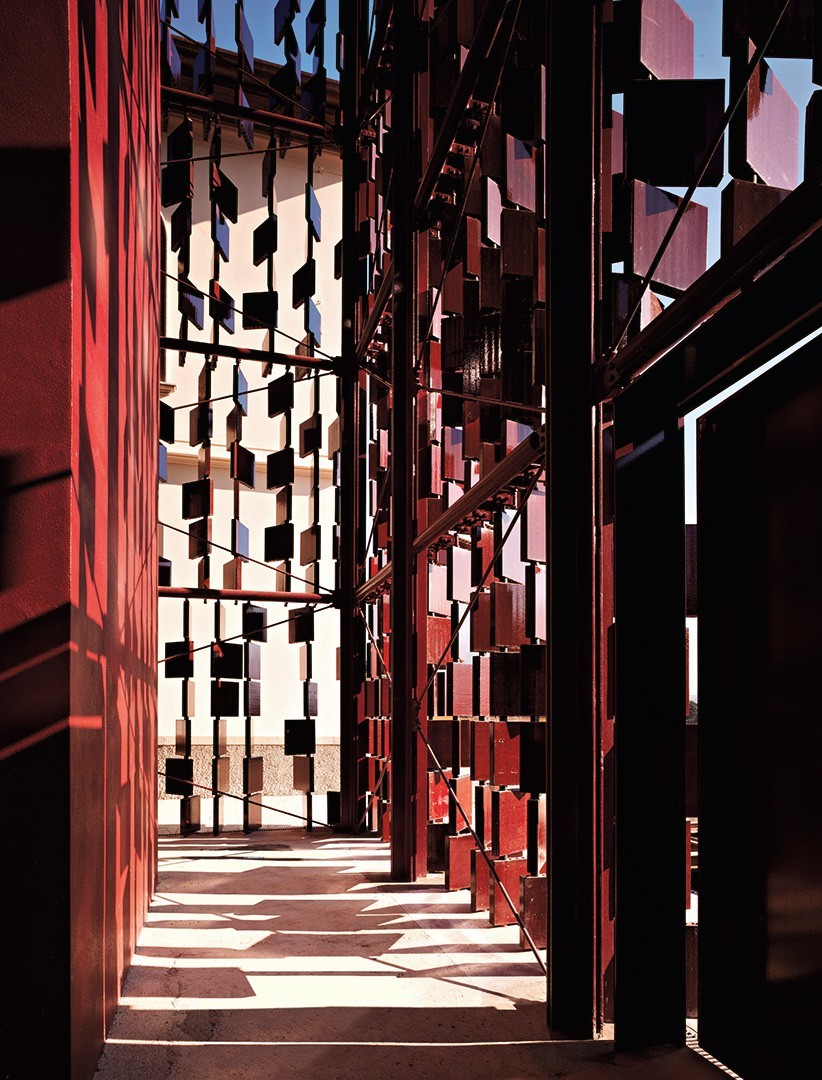 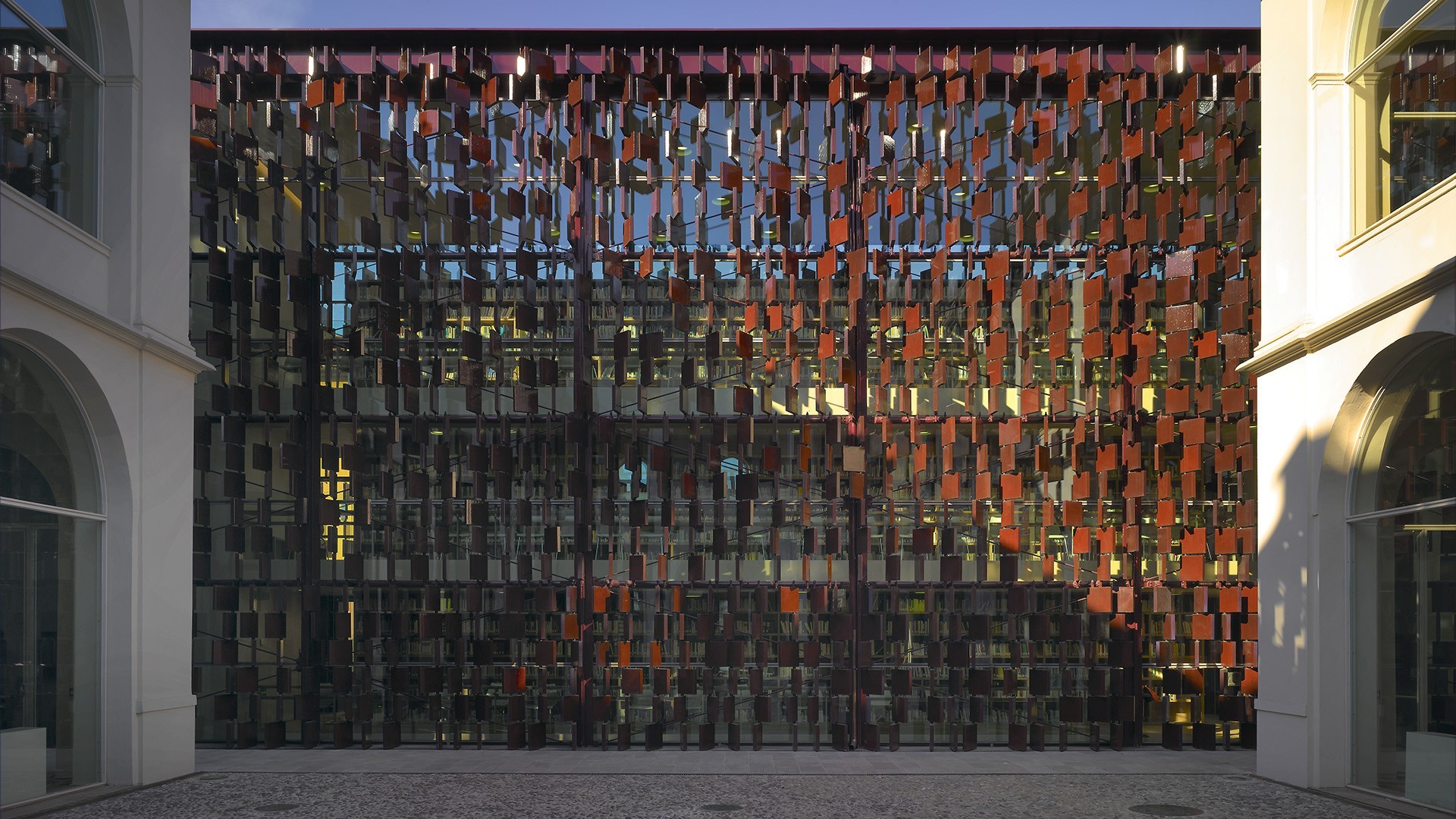 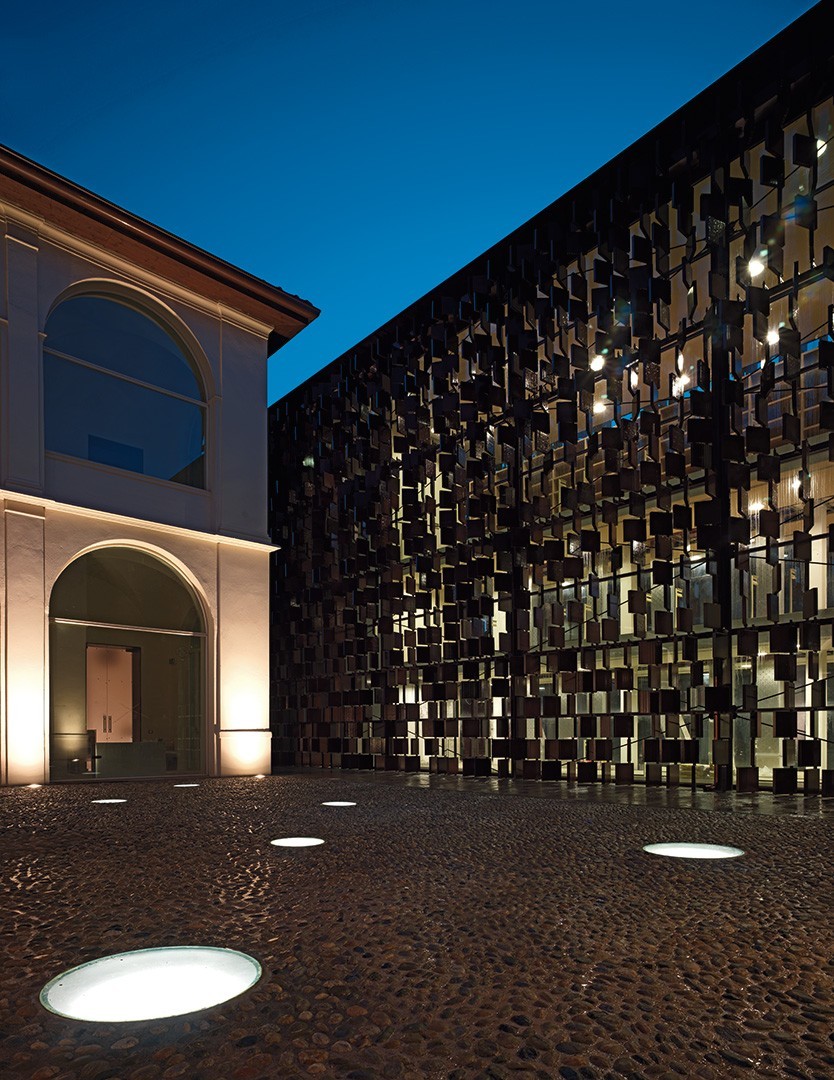 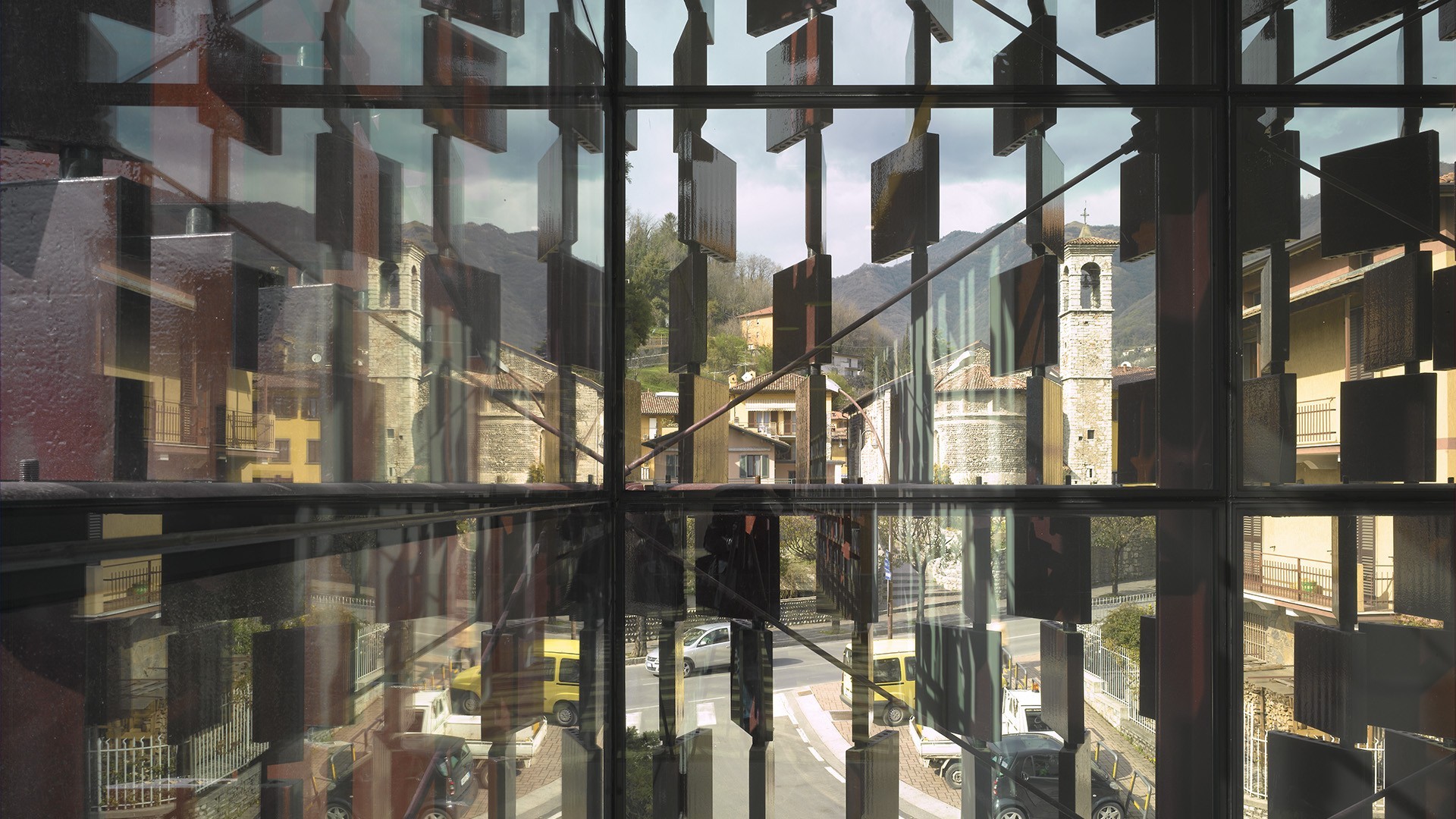 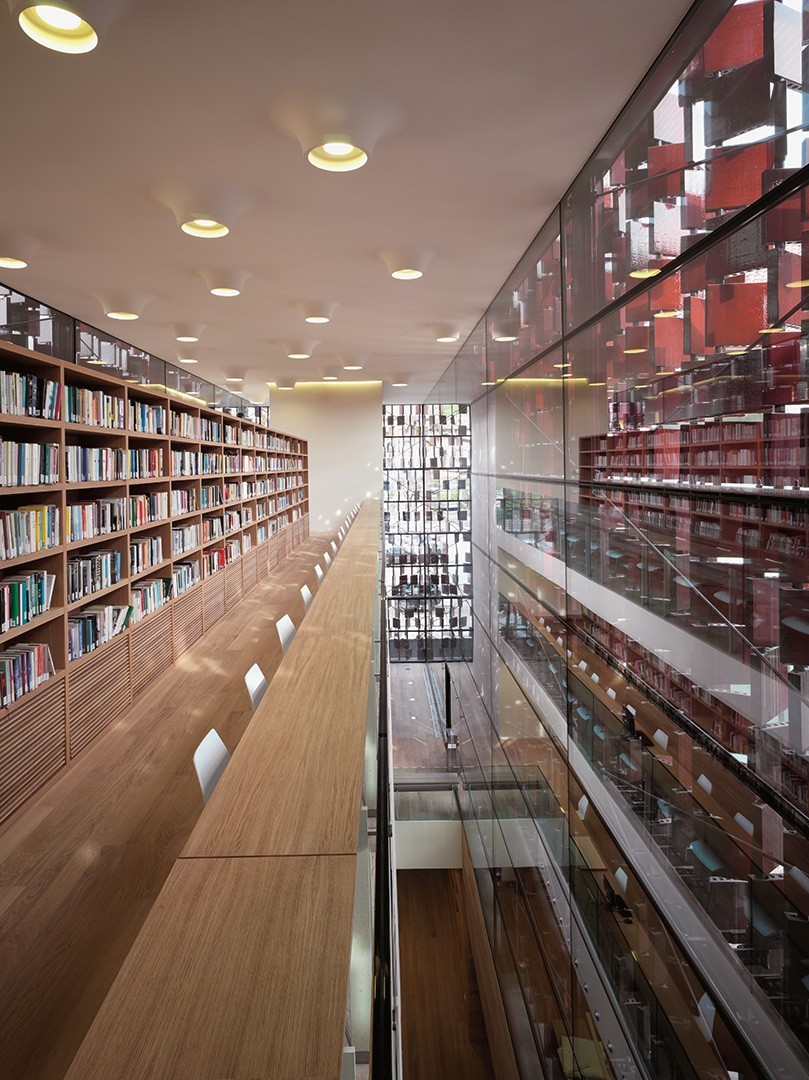 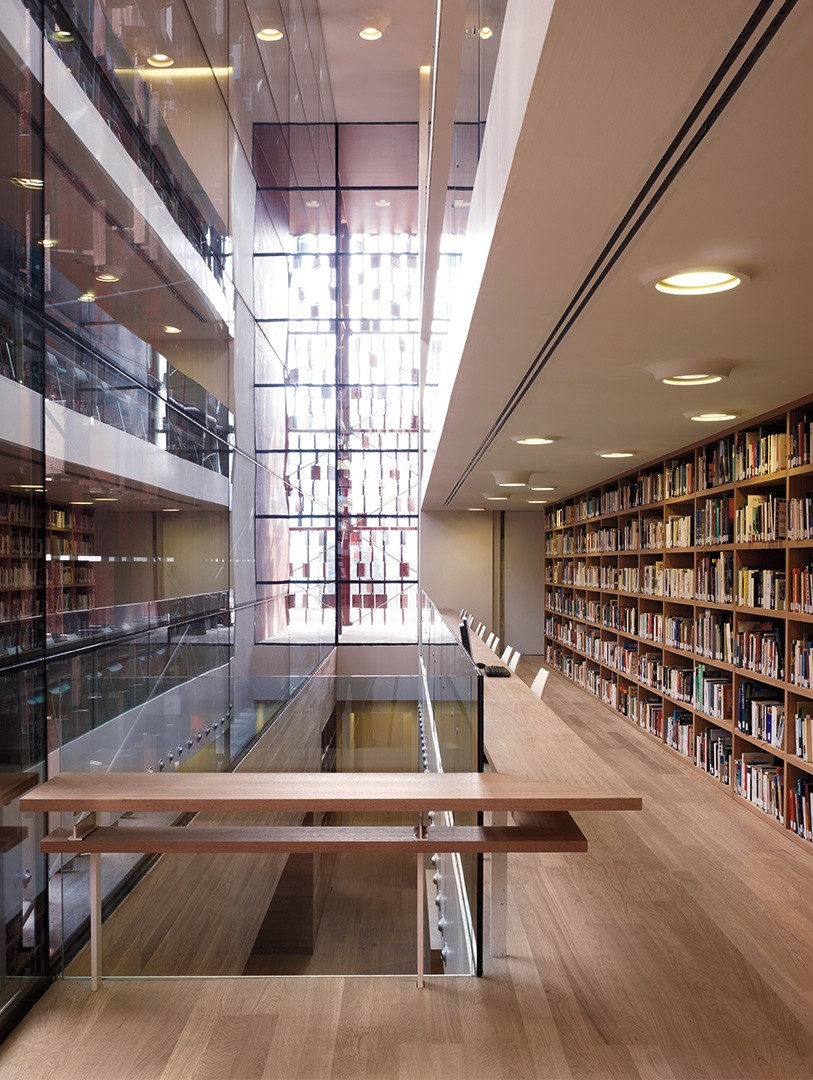 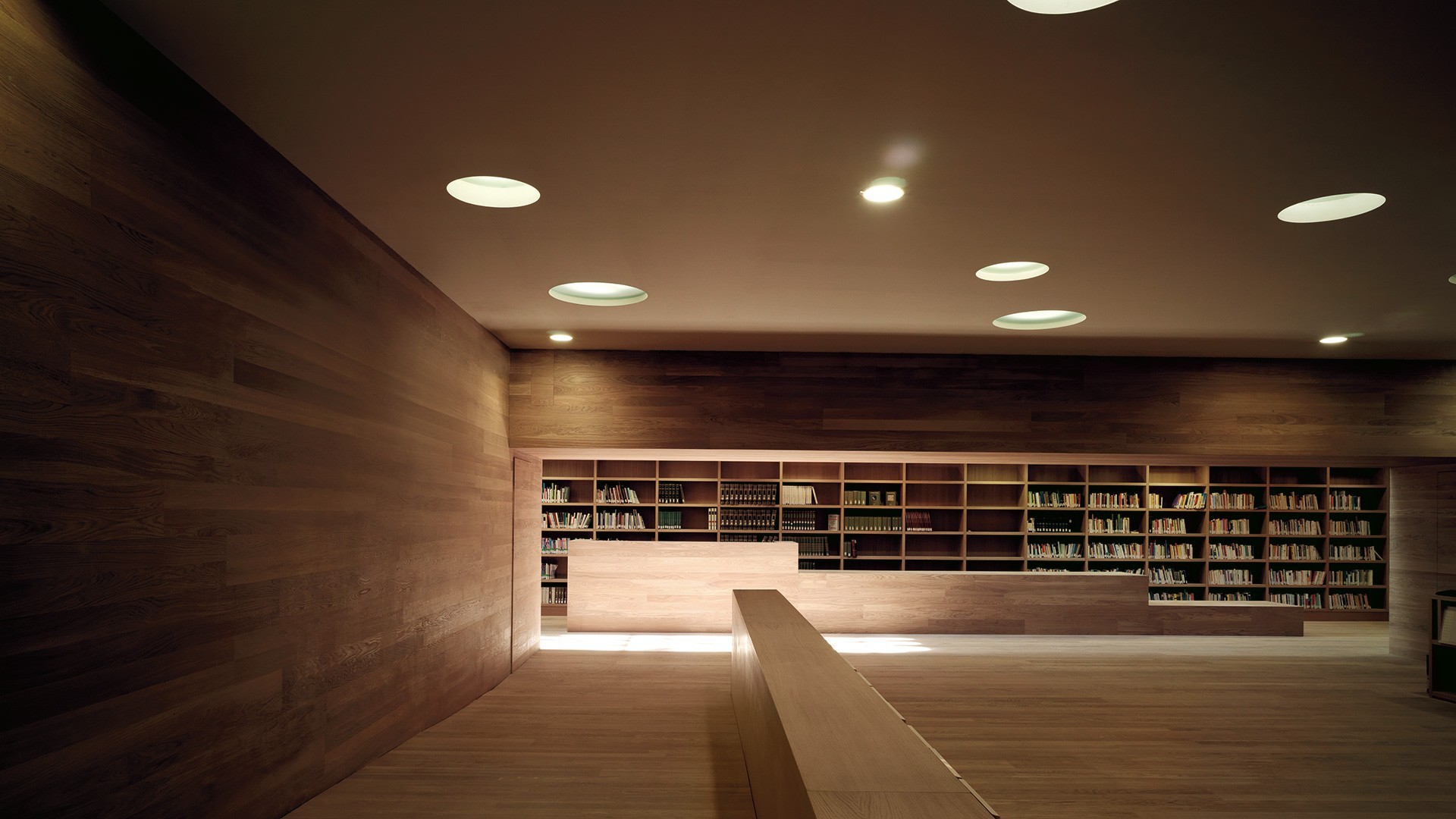 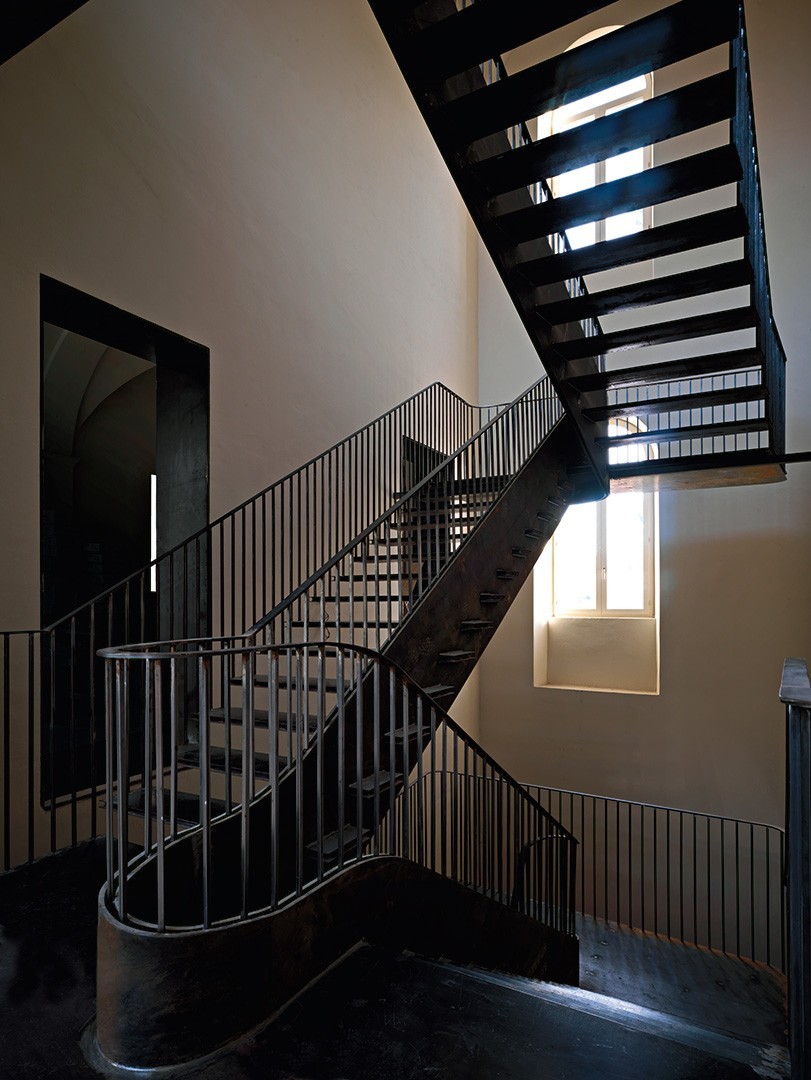 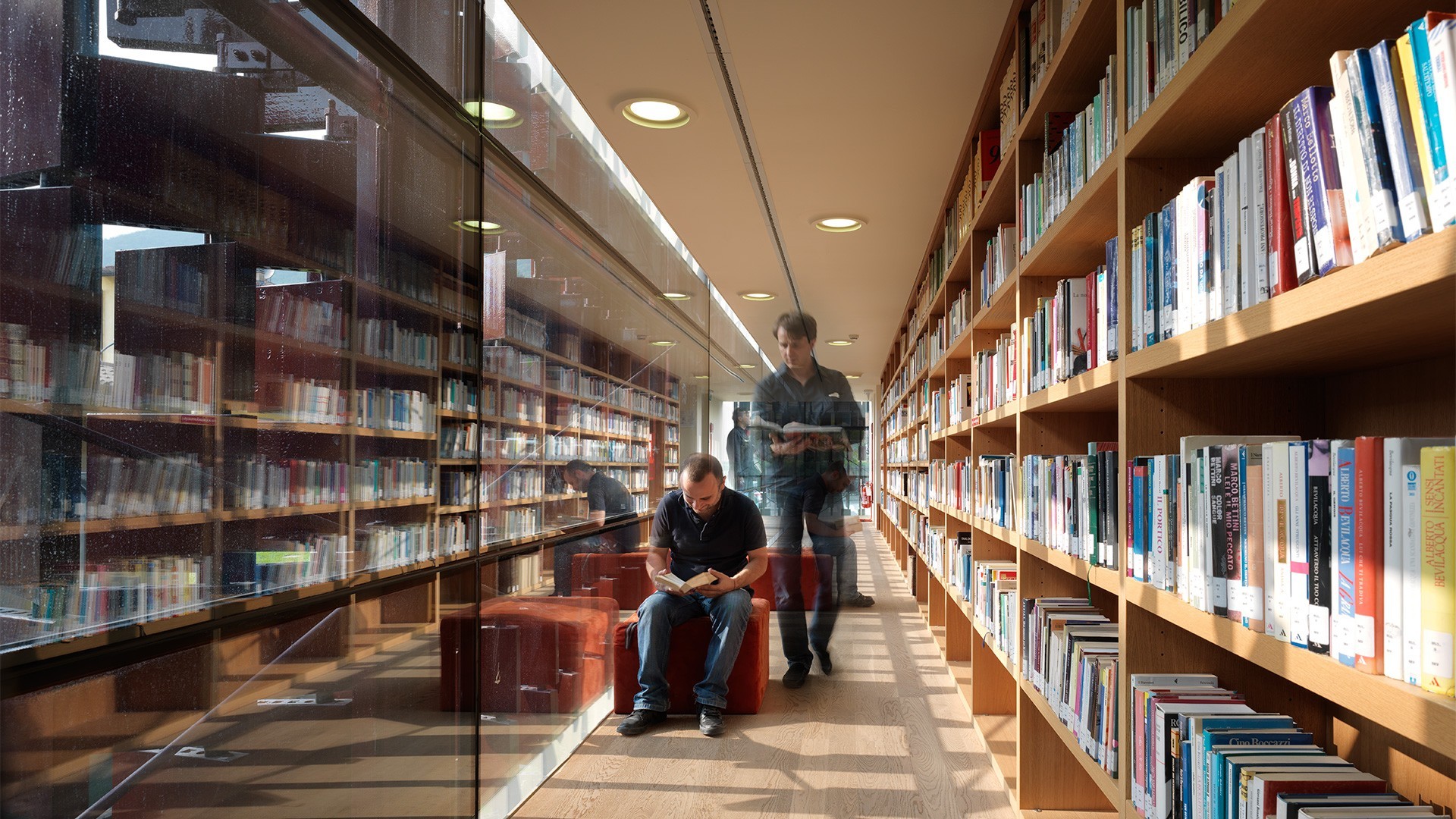 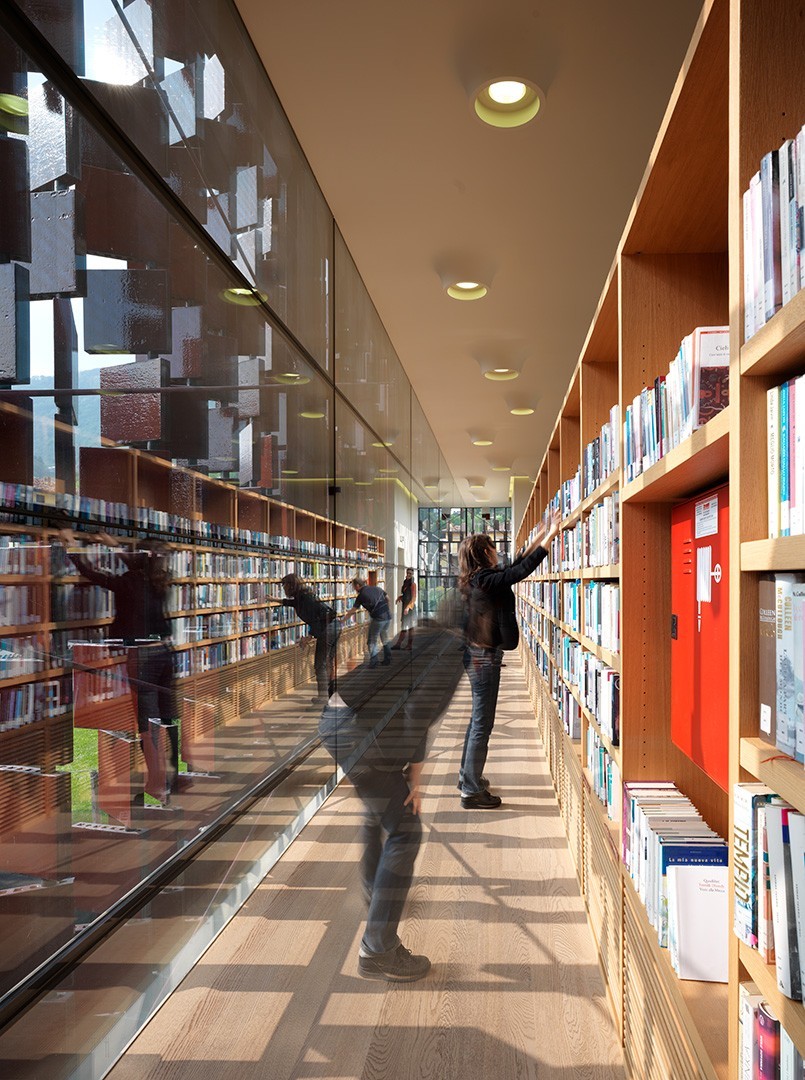