The renovation plan for Florence’s San Lorenzo Central Market’s goal was to create a new covered city square, focusing on the need to give the city center a new contemporary gathering place. No major technical overhauls were done to bring it up to regulations. The last project dated to 2008 and had left an empty, useable space on the top floor of the Central Market, though it lacked any of the charm and feeling of comfortable hospitality usually found in city squares. Rather than invasive modifications, the plan involved adding to the stands by using lightweight, removable structures, designed to turn the existing space into a “theater of food.” The architecture of the top floor is based on pairing of food and culture, the result of a design principle used to redevelop one of Italy’s finest historic markets by adding contemporary systems of use to respond the needs of an increasingly diverse, sophisticated clientele. The project is not restricted only to interior design. It is a covered building conceived on an urban scale where the lightweight, brightly-lit design of the magnificent cast iron framework of the nineteenth-century structure was emphasized by using natural, simple materials (like wood, mats, ropes, terracotta, and pigmented cement) and flexible, mobile fittings, along with large wicker and cane lamps that fill the enormous empty space of the market with subtle style. The architectural work as a whole highlights the stands’ artisanal quality. The stands are arranged  as if on a street or a square  in an orderly sequence creating an “open” display system that makes the preparation areas fully visible so that the public can watch the manual skills involved in preparing the food. The stands’ spaces, for preparing as well as serving and selling, and the service areas, were all designed to give it the unified, bustling look of a market, though with each part keeping its own functional traits.  The top floor of the Central Market in Florence has made itself a new key point within the European system of historic food and wine markets in an architecture that uses a quintessentially Renaissance approach to marrying modernity and tradition. This is a project in which the spirit of the past is released from a useless nostalgia and a mere convenient location to become up-to-date and at the service of Florence  a city where architecture, along with its history and values, intends to remain an essential player. 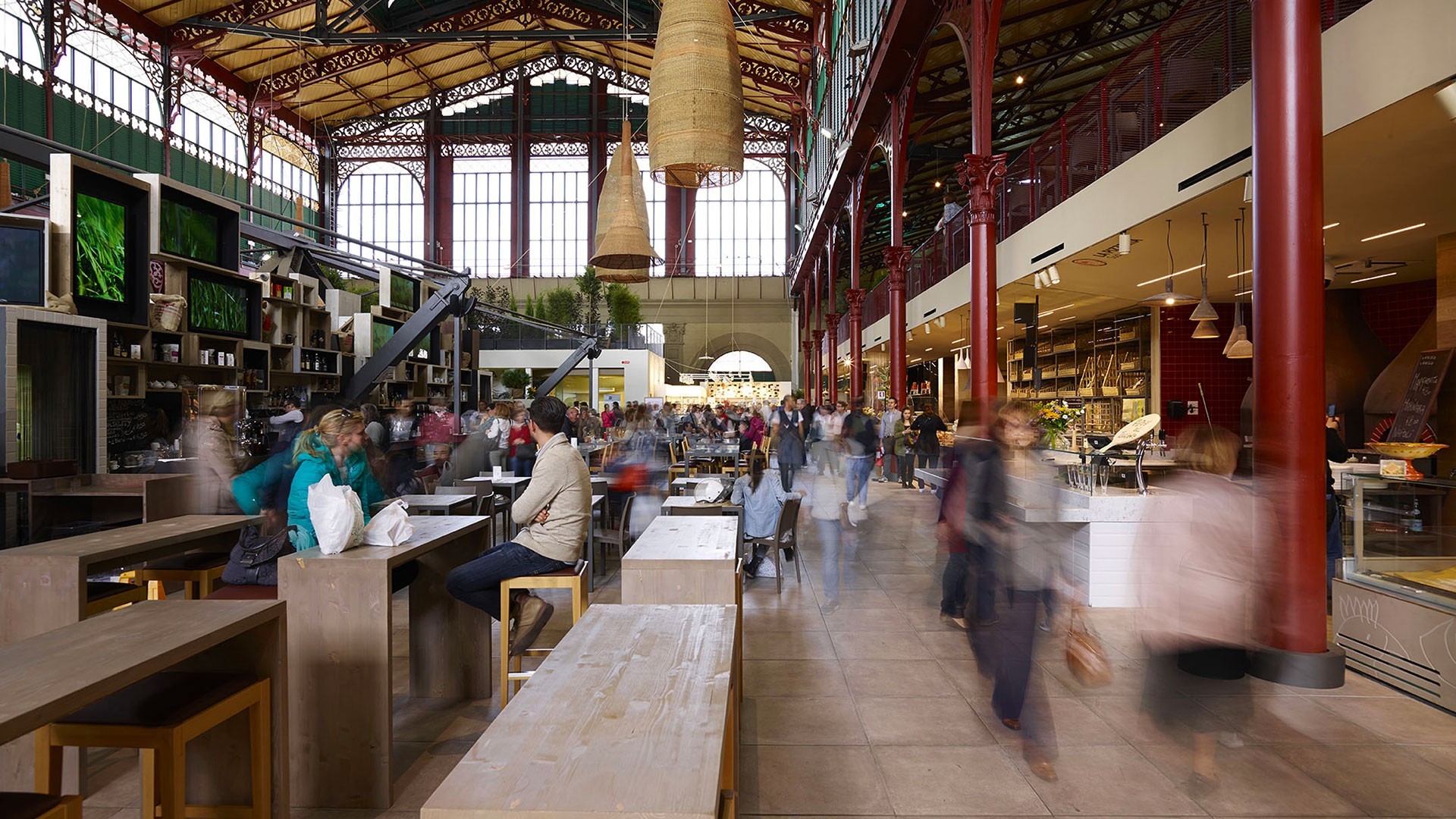 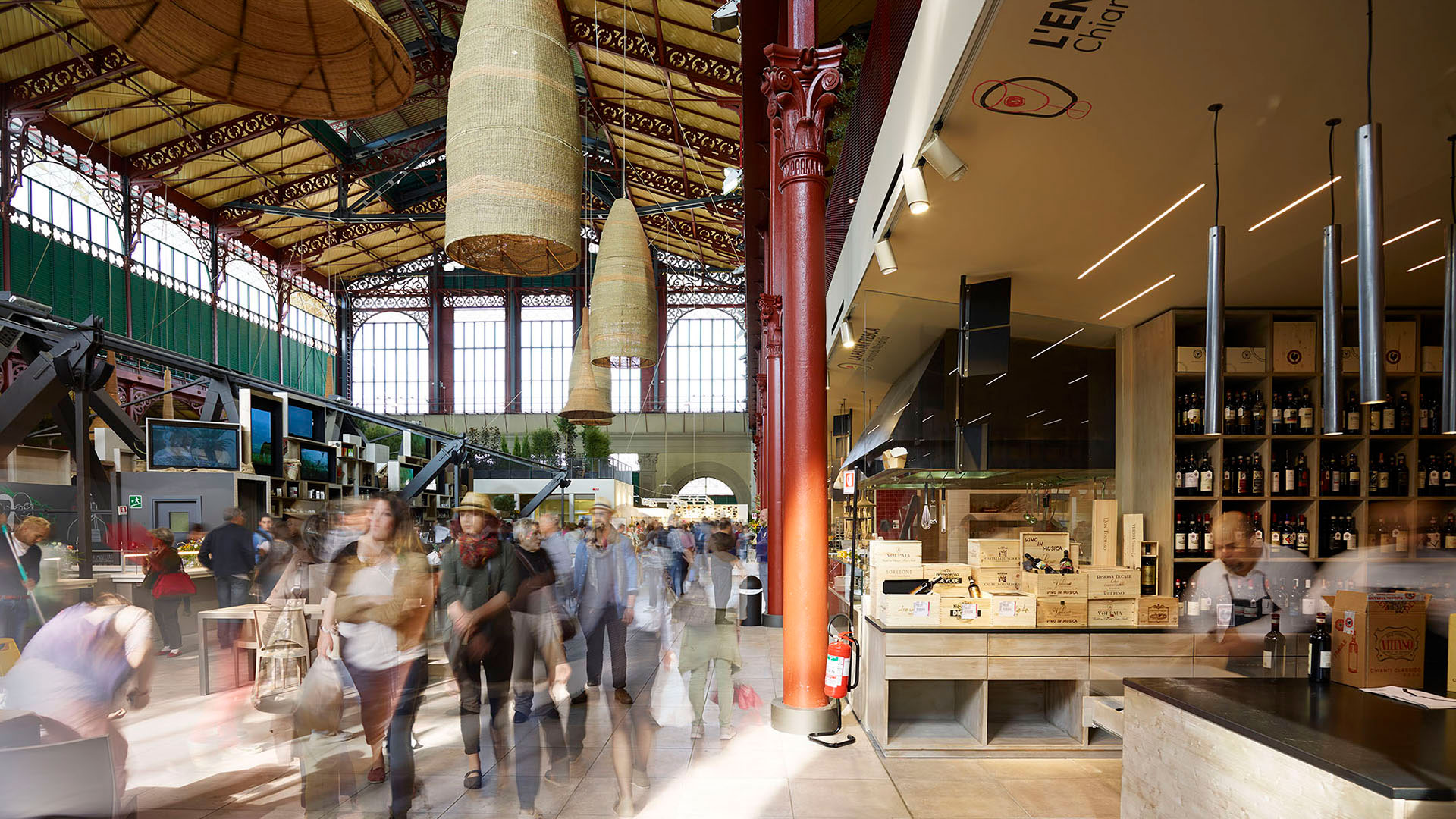 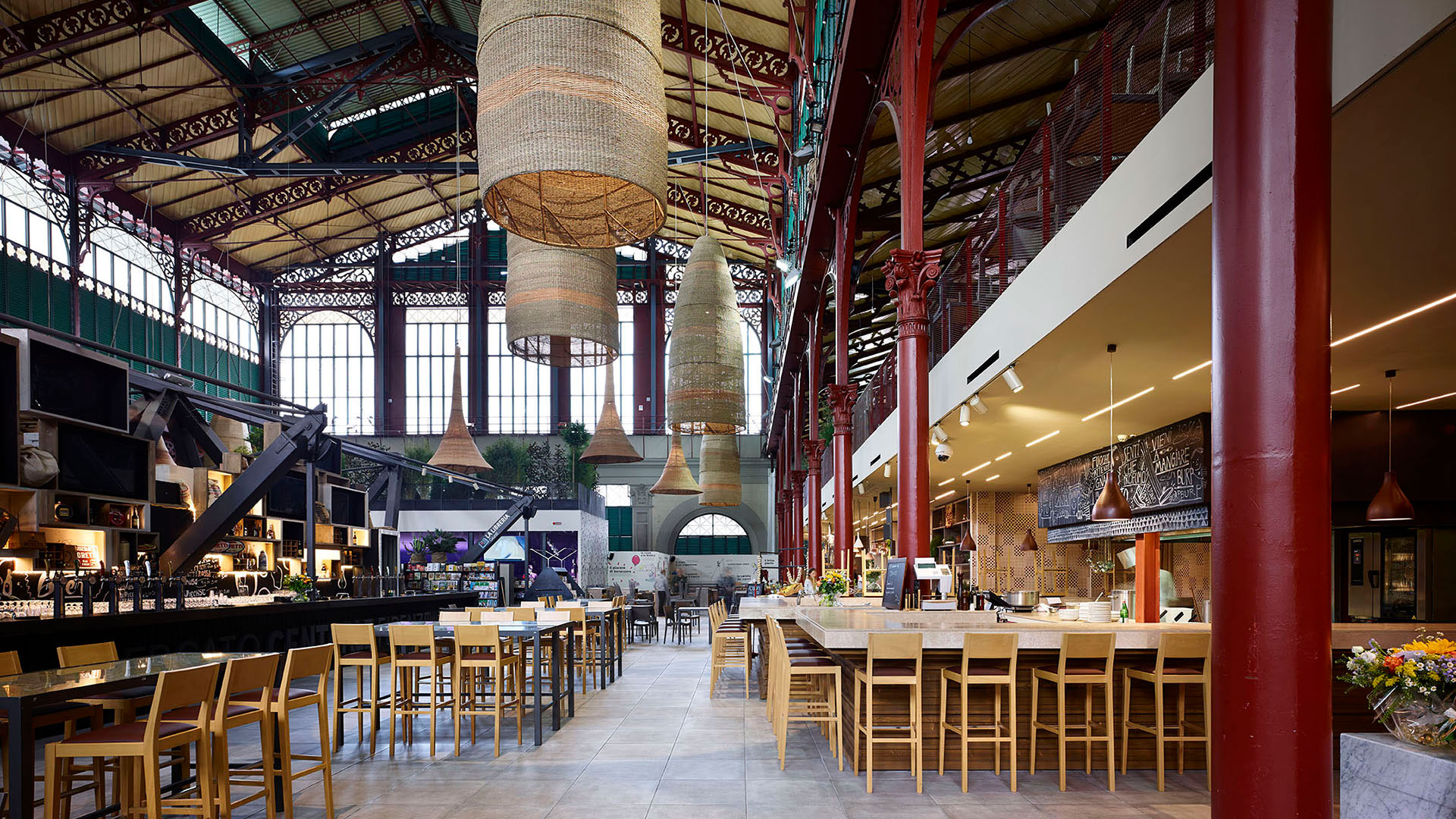 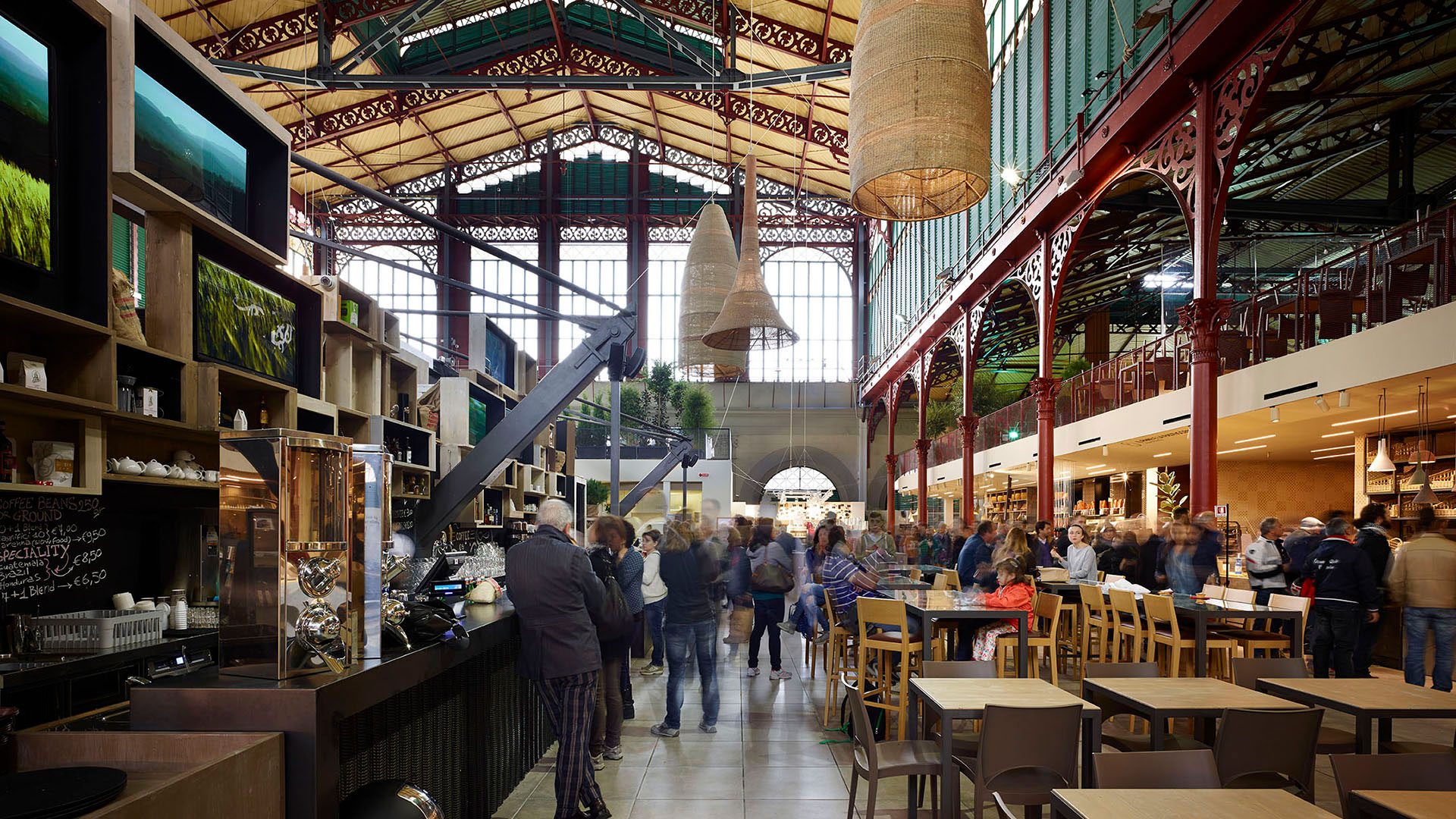 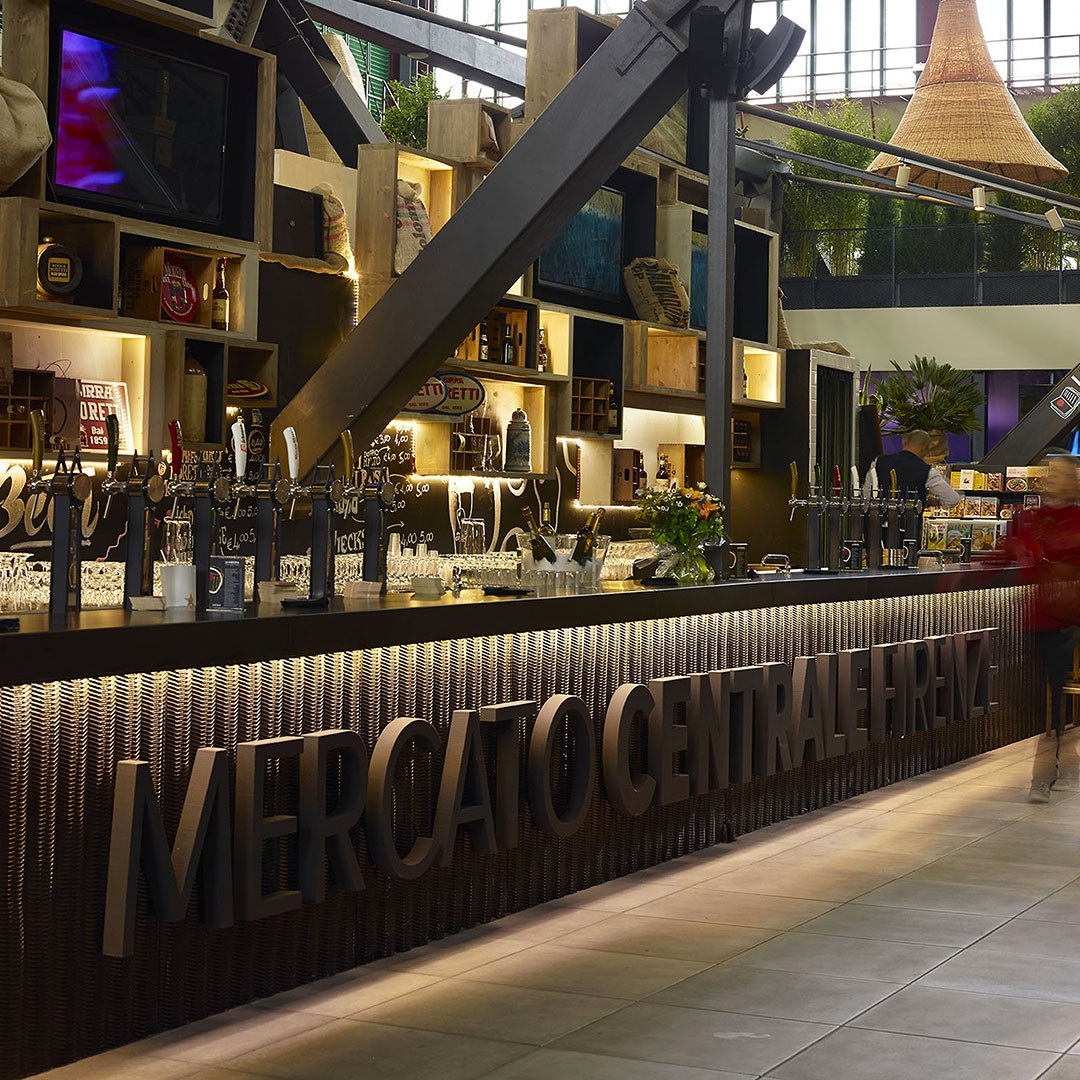 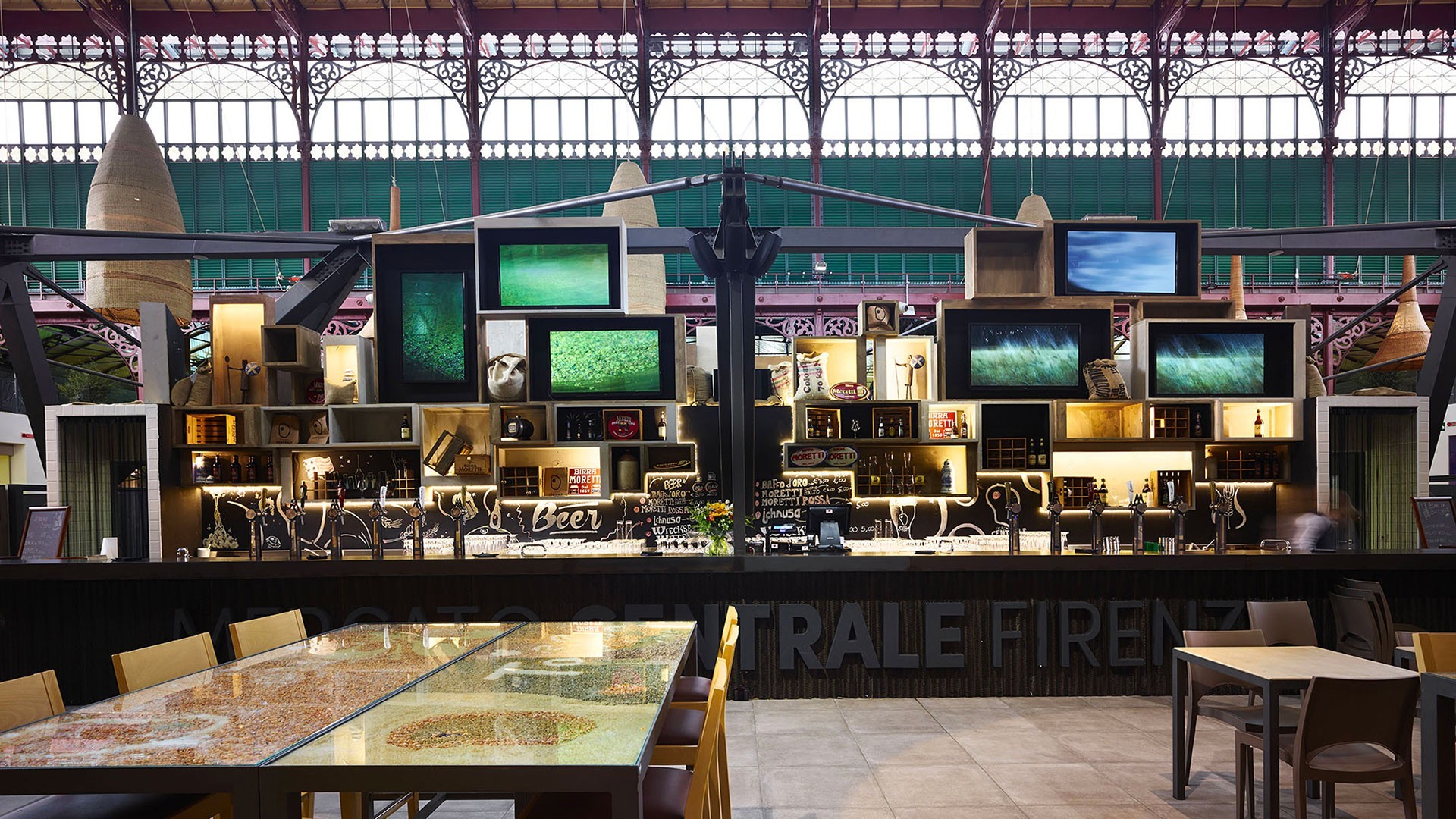 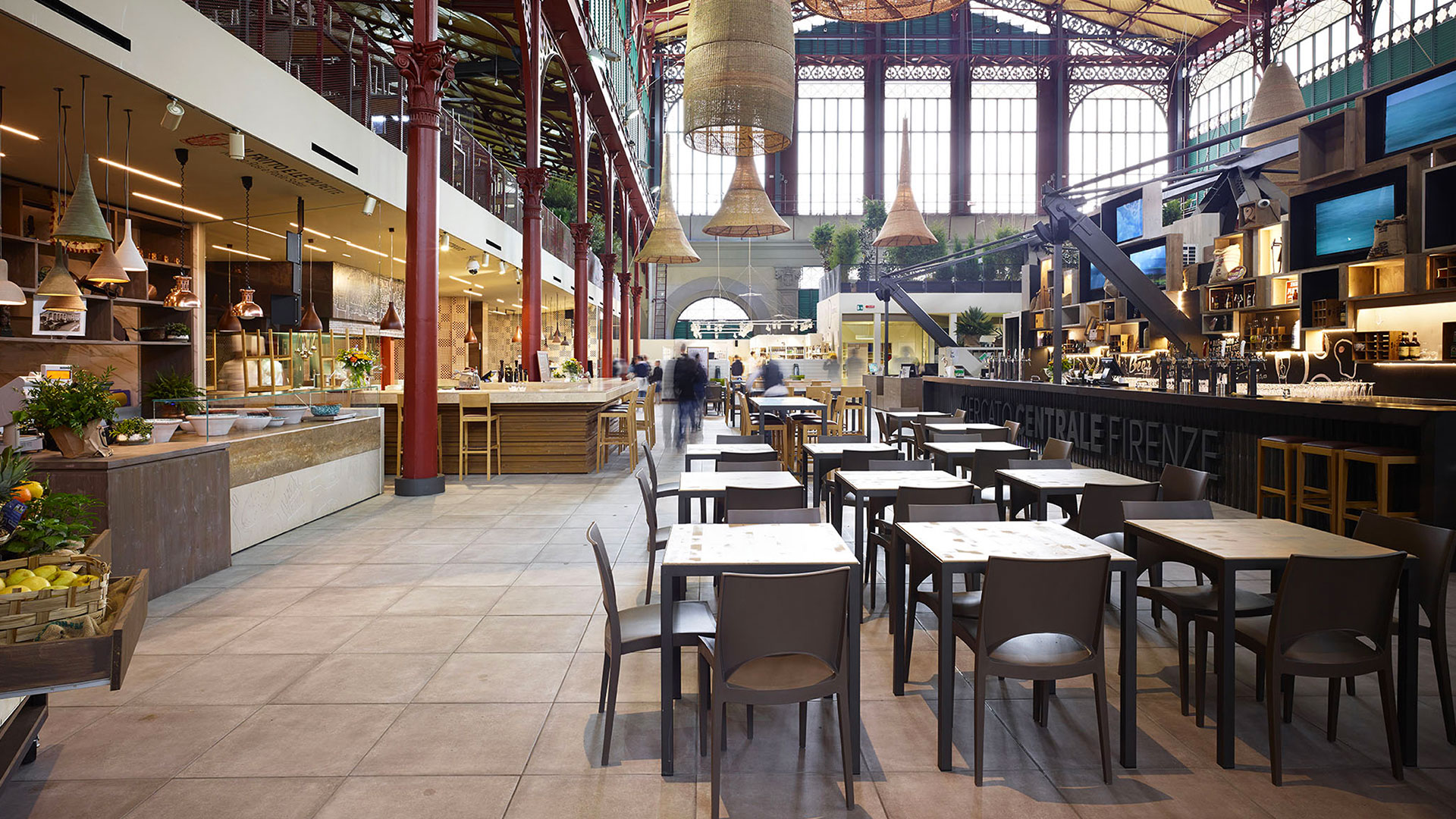 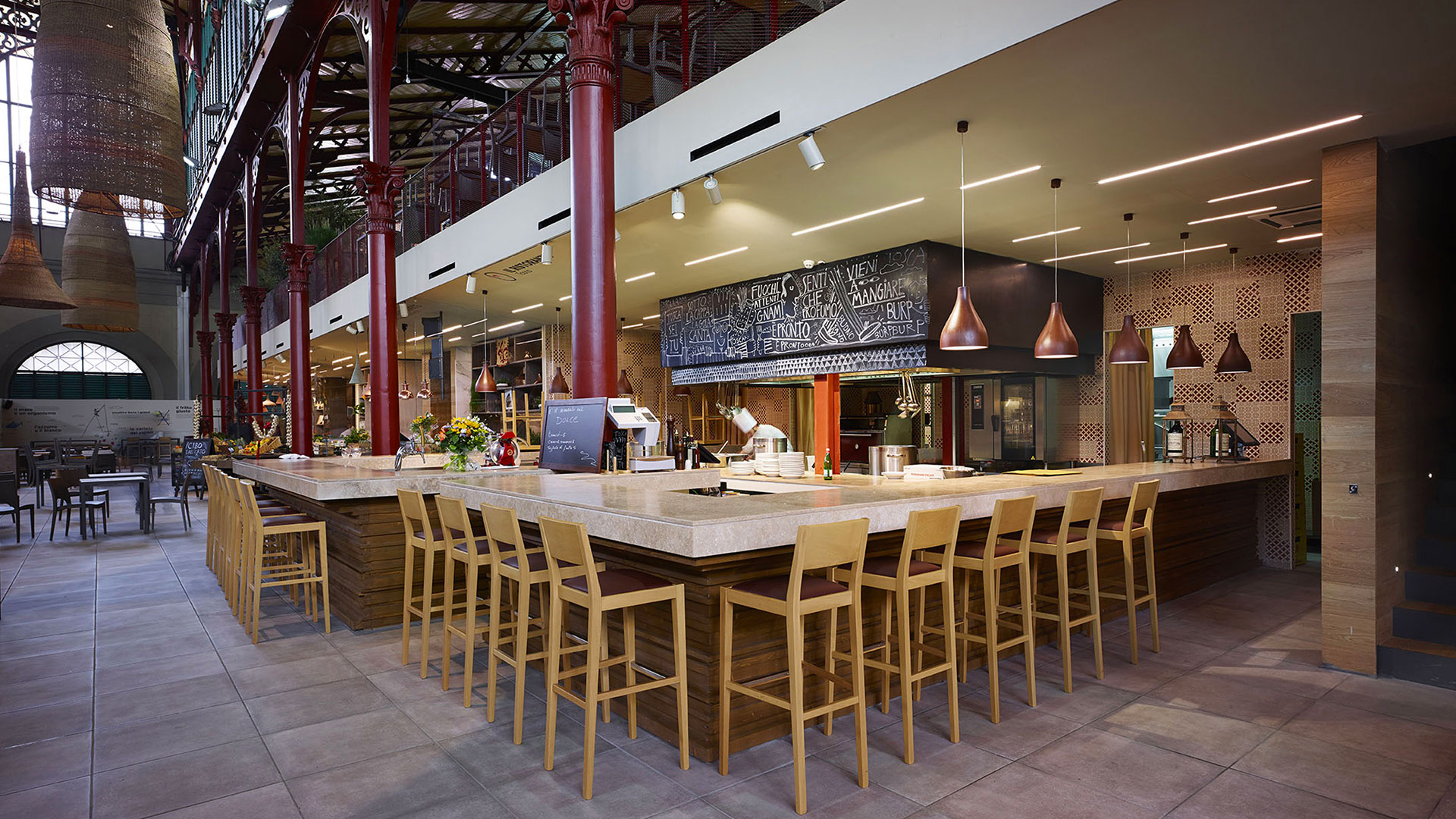 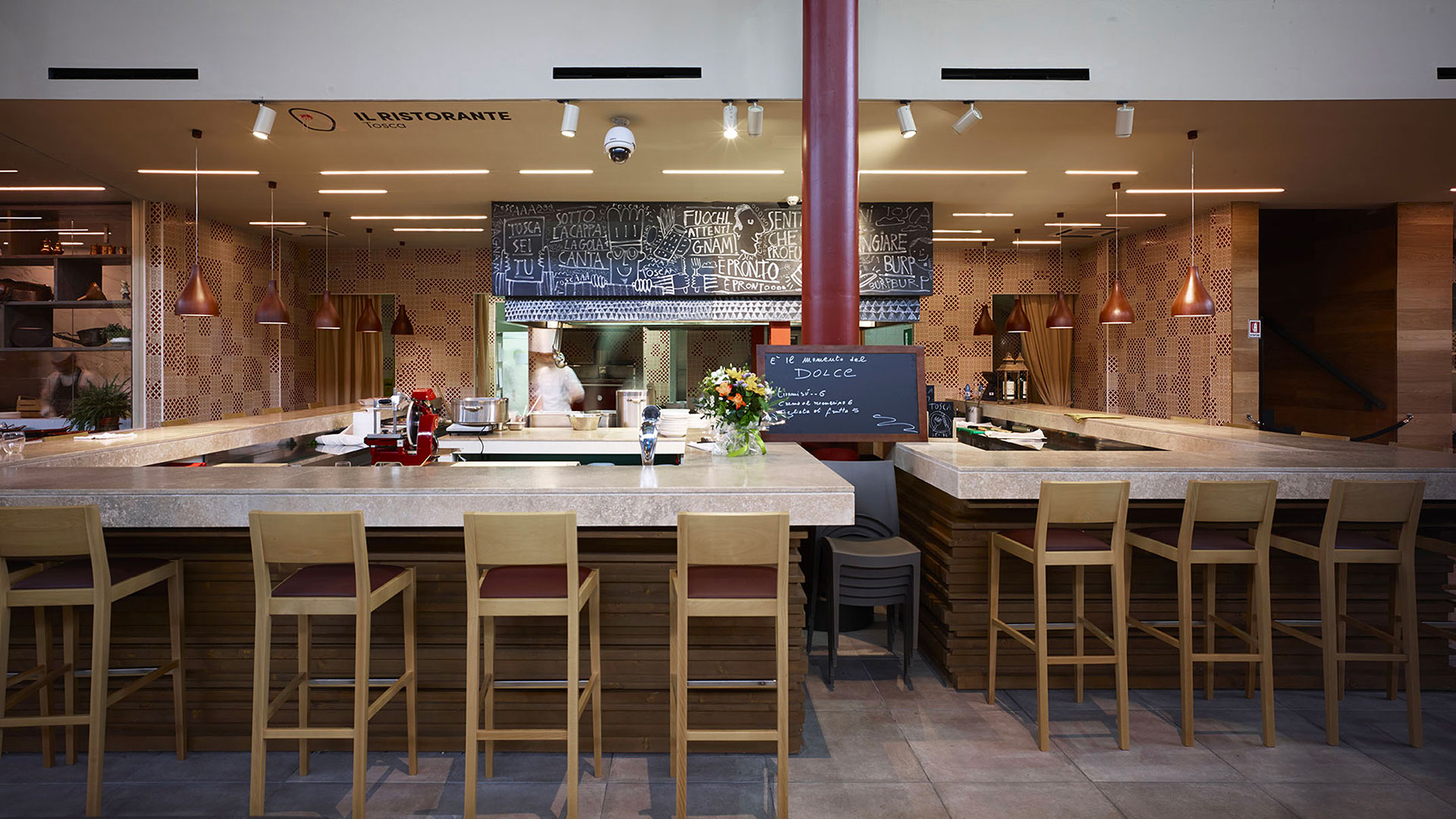