The area of Quemala Stafa Stadium is part of the area of a plan aimed at the construction of a representative image of Tirana as a contemporary European capital.
The design hypothesis relative to the south sector of the competition site represents instances of urban renewal implemented with the determination of mayor Edy Rama: experimentation, color, nature. Formula that replaces the old slogan, applying it to the rehabilitation of monuments and historical façades, anonymous building additions of the ’60s and ’70s, and public and green spaces.
Three volumes  between 40 and 60 meters in height  emphasize the reference to the traditional tectonic in the gray stone block covering, broken up by narrow double height openings which accentuate the vertical development. The base of the buildings become instead a metaphor of contemporary Tirana: areas of red ceramic cut across the volumes according to the different surfaces which reveal the chromatic essence and the destruction of stereometric rigor in an arranged series of public and passage spaces covered for shopping and meeting. On the north side of the site the landscape is designed according to a geometric texture of green areas designed through a gradual expansion towards the city center. Parks and public spaces are part of a single system of urban routes, which nullify the presence of buildings as obstacles to the social use of public areas. 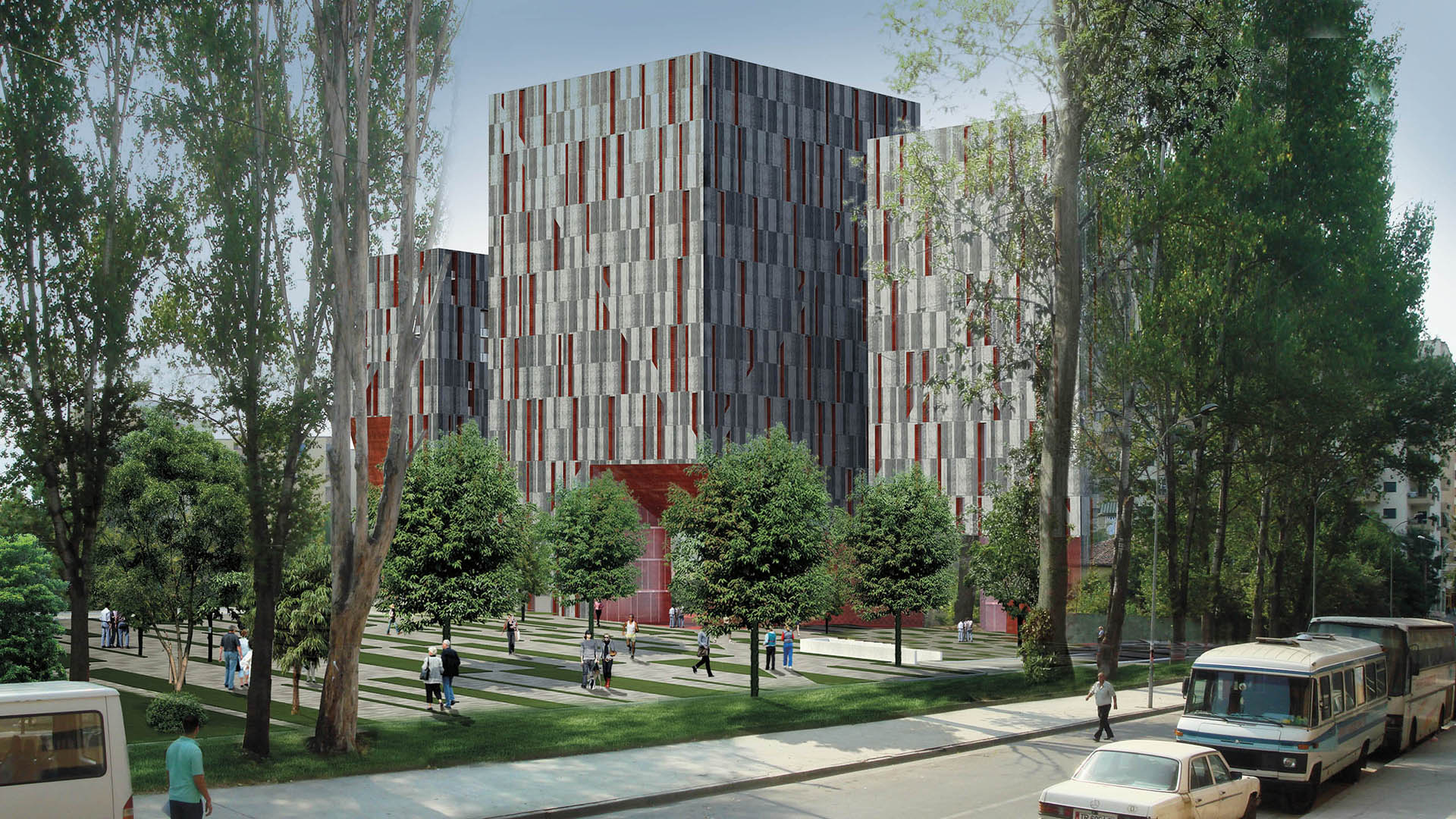 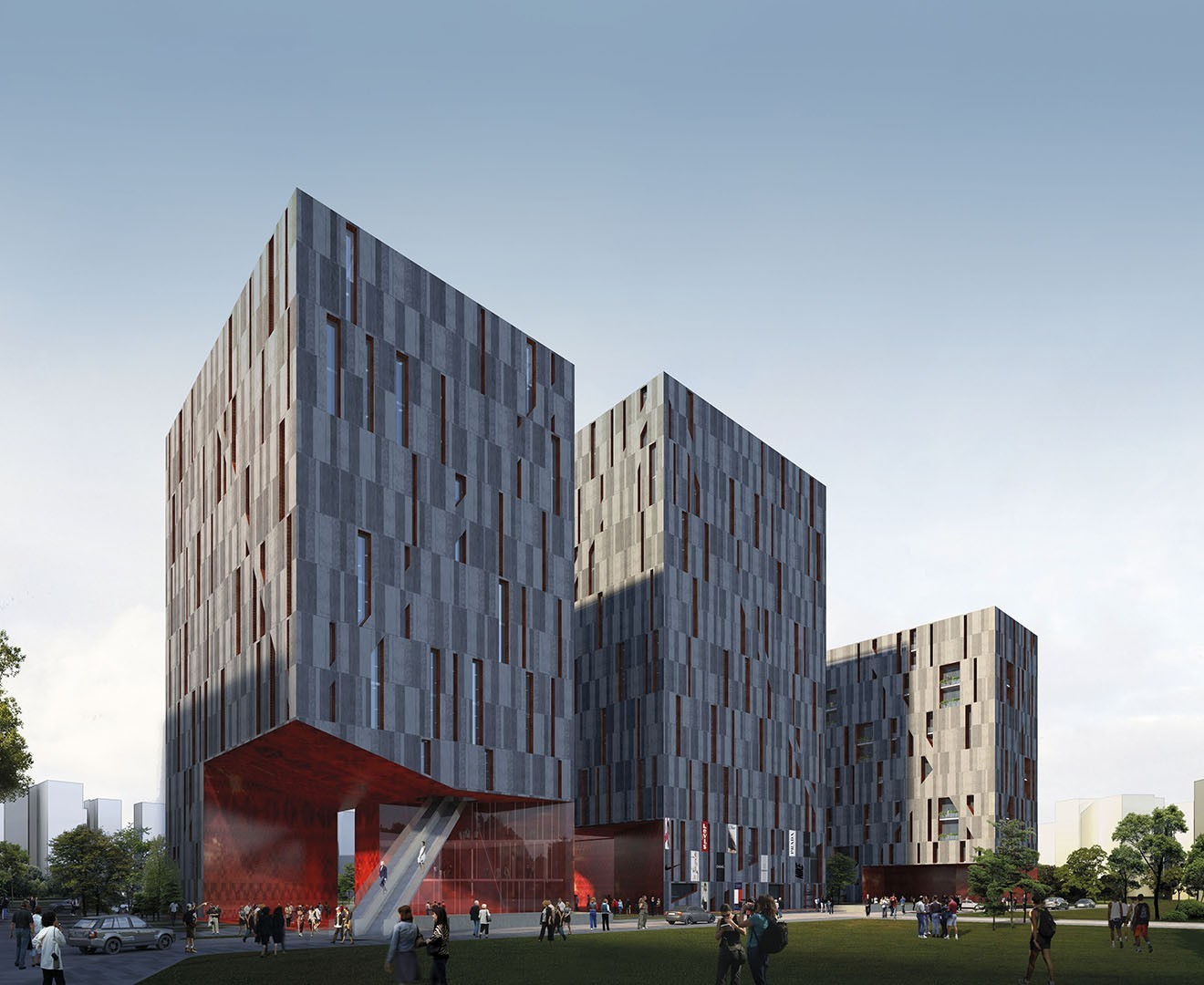 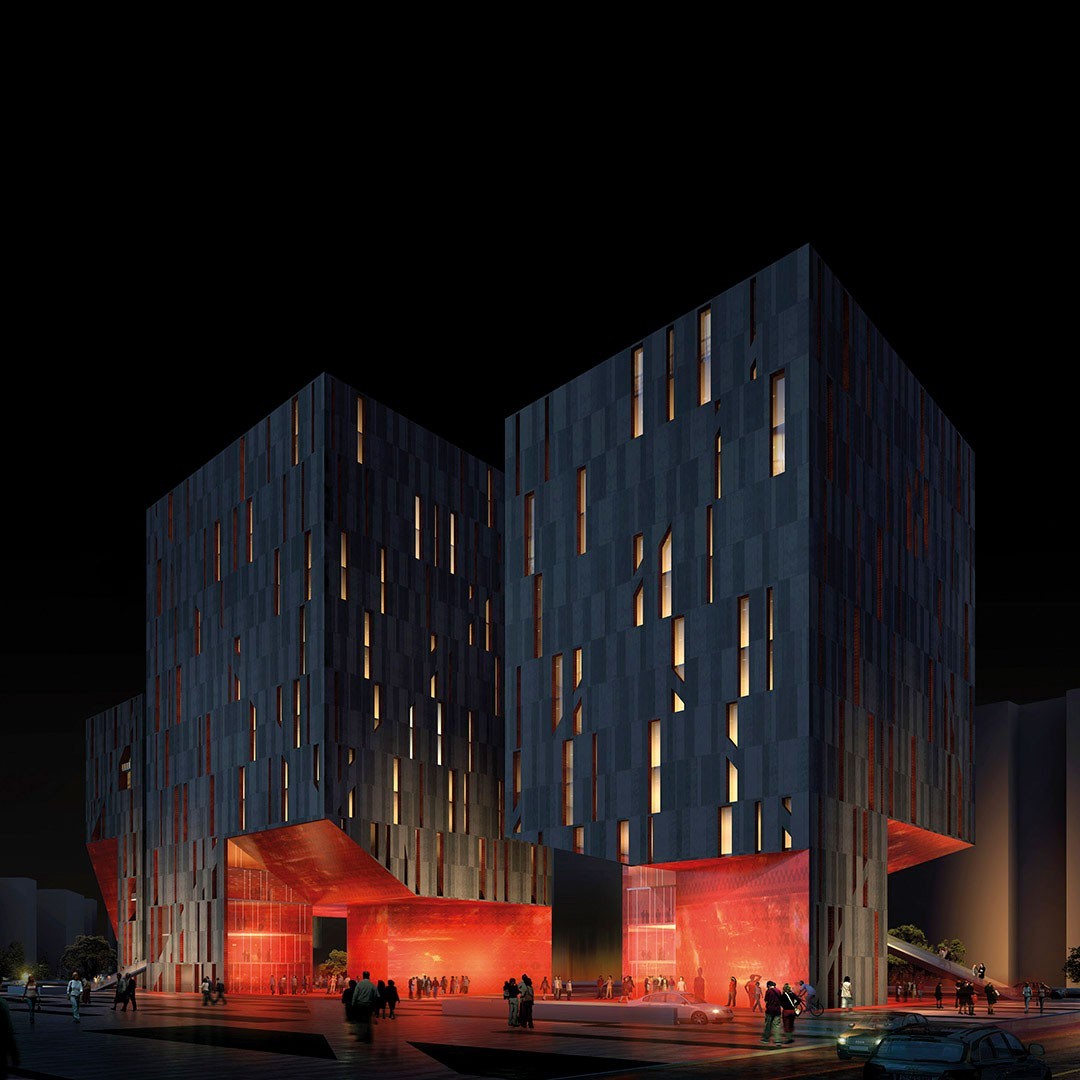 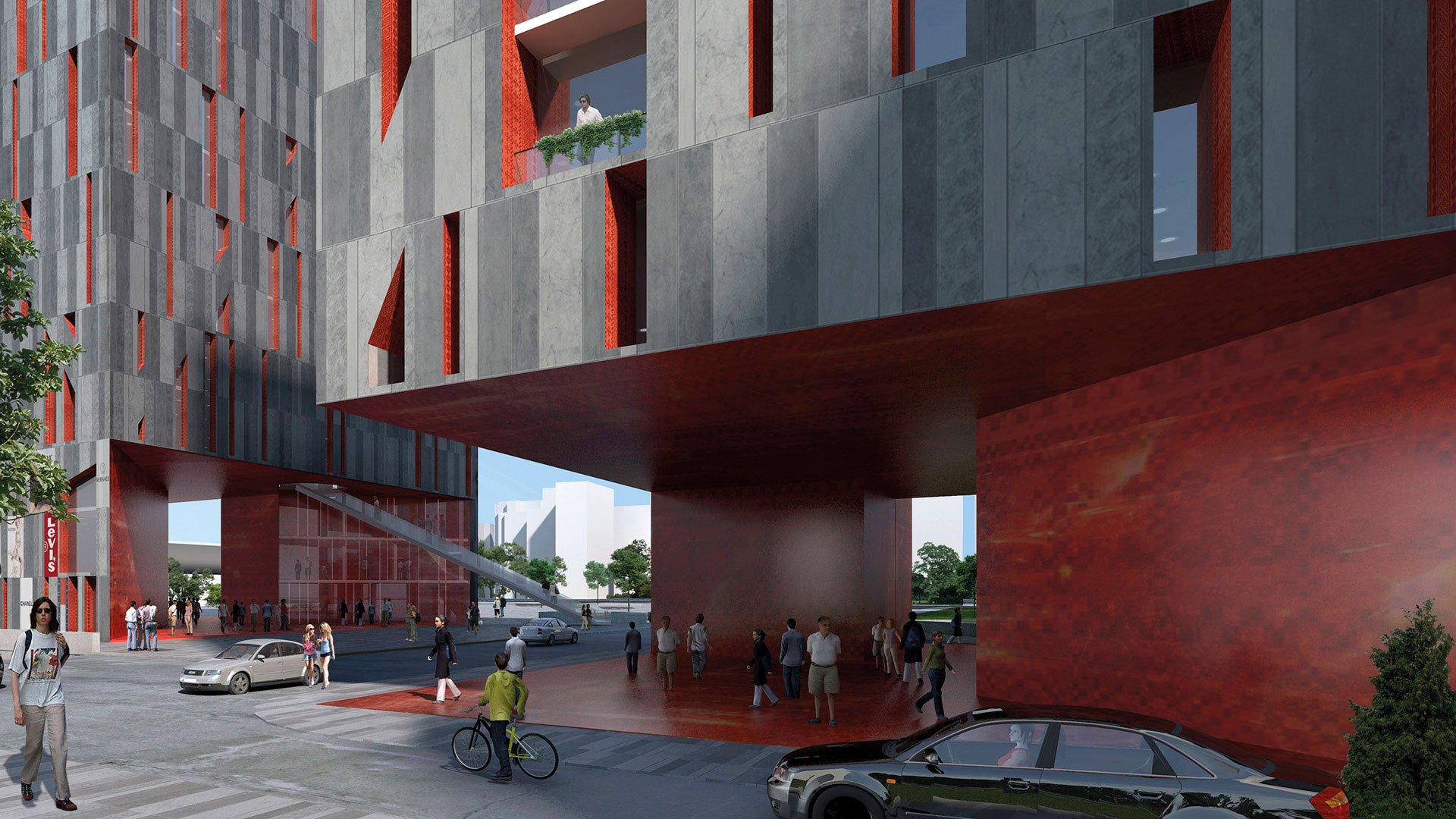