The project area covers a volume bound by large apartment buildings in the working-class neighborhood of Cocuzzo in Potenza. The space is that left between two rows of buildings, covered by a street that greatly limits the amount of free space on the ground, minimizing the availability of parking and nullifying the existence of greenery and pedestrian paths. Rejecting a mere cosmetic face-lift, the design takes the context as a conflict between the artificial environment, the cement canyon of the façades of the buildings across each other, and the natural environment, in which the space between the two windowed walls is treated as a ravine, a valley floor. This space is defined by boulders and rocks that give life to a large straight stretch of park that is free of cars and streets. The natural slope lets a new ground surface be created that brings some parts underground, hiding the parking areas and creating raised scenic terraces. On the ground, asphalt was replaced by a spreading green field, animated by a series of blocks that emerge along the promenade, multi-faceted masses of cement pigmented with iron oxides. 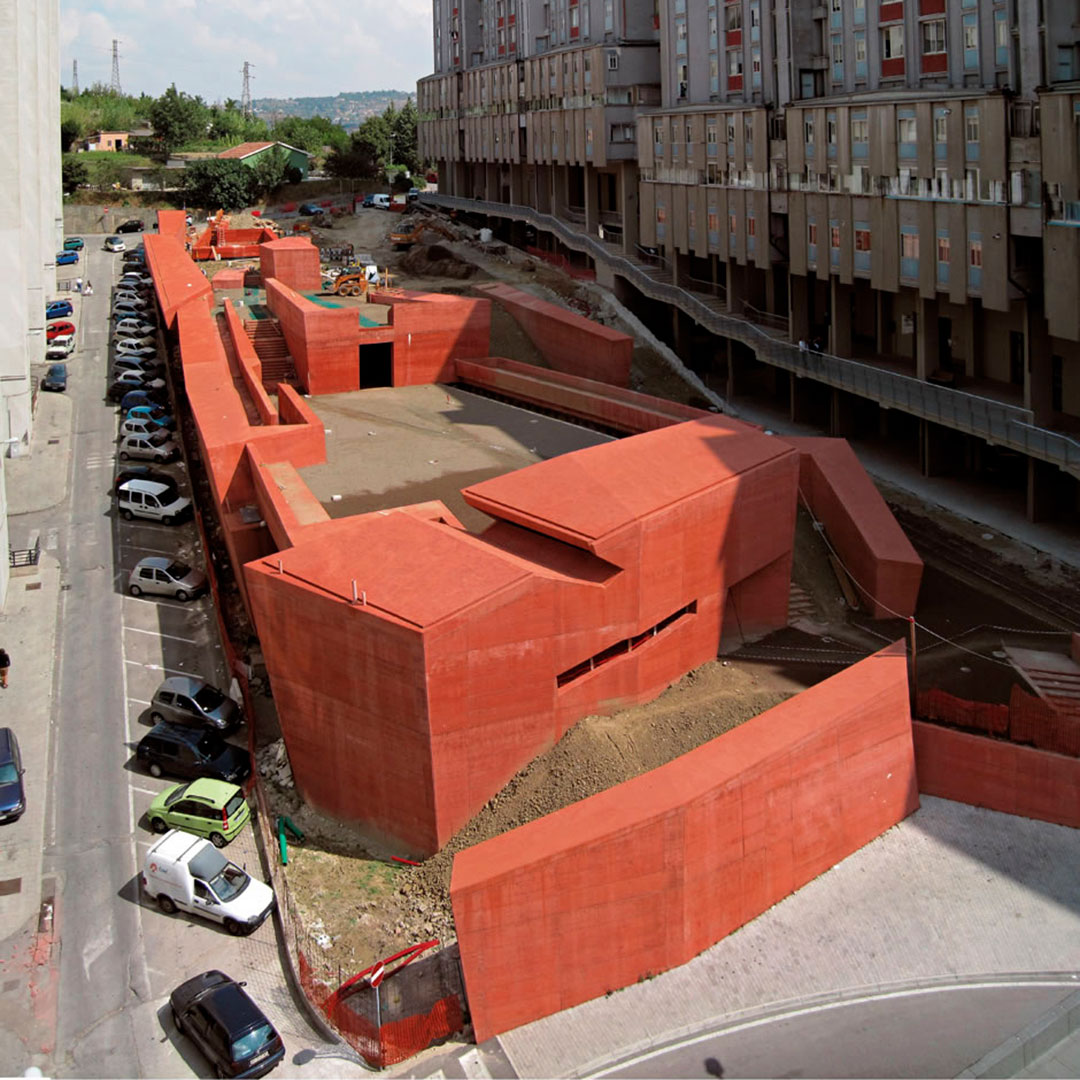 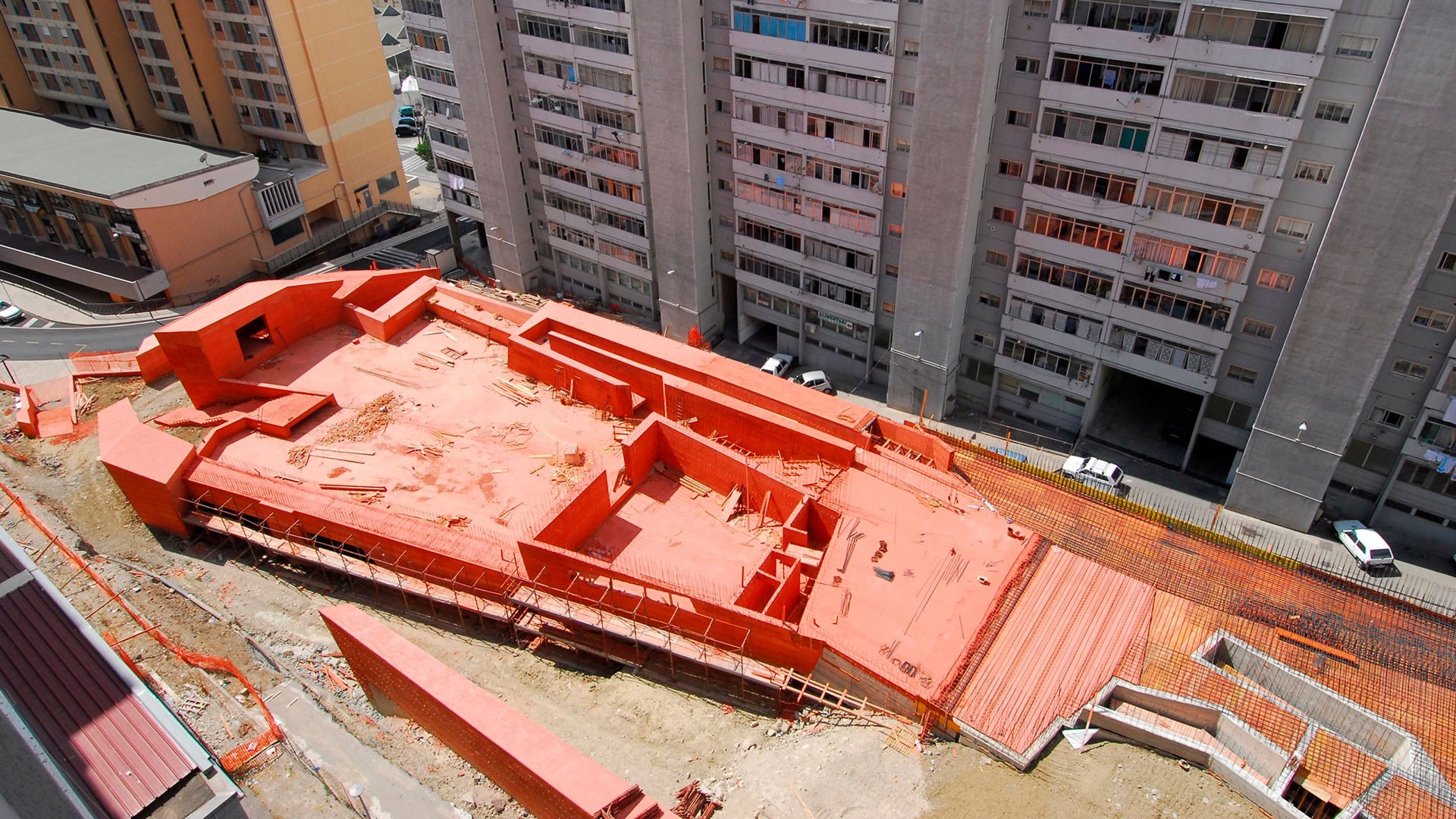 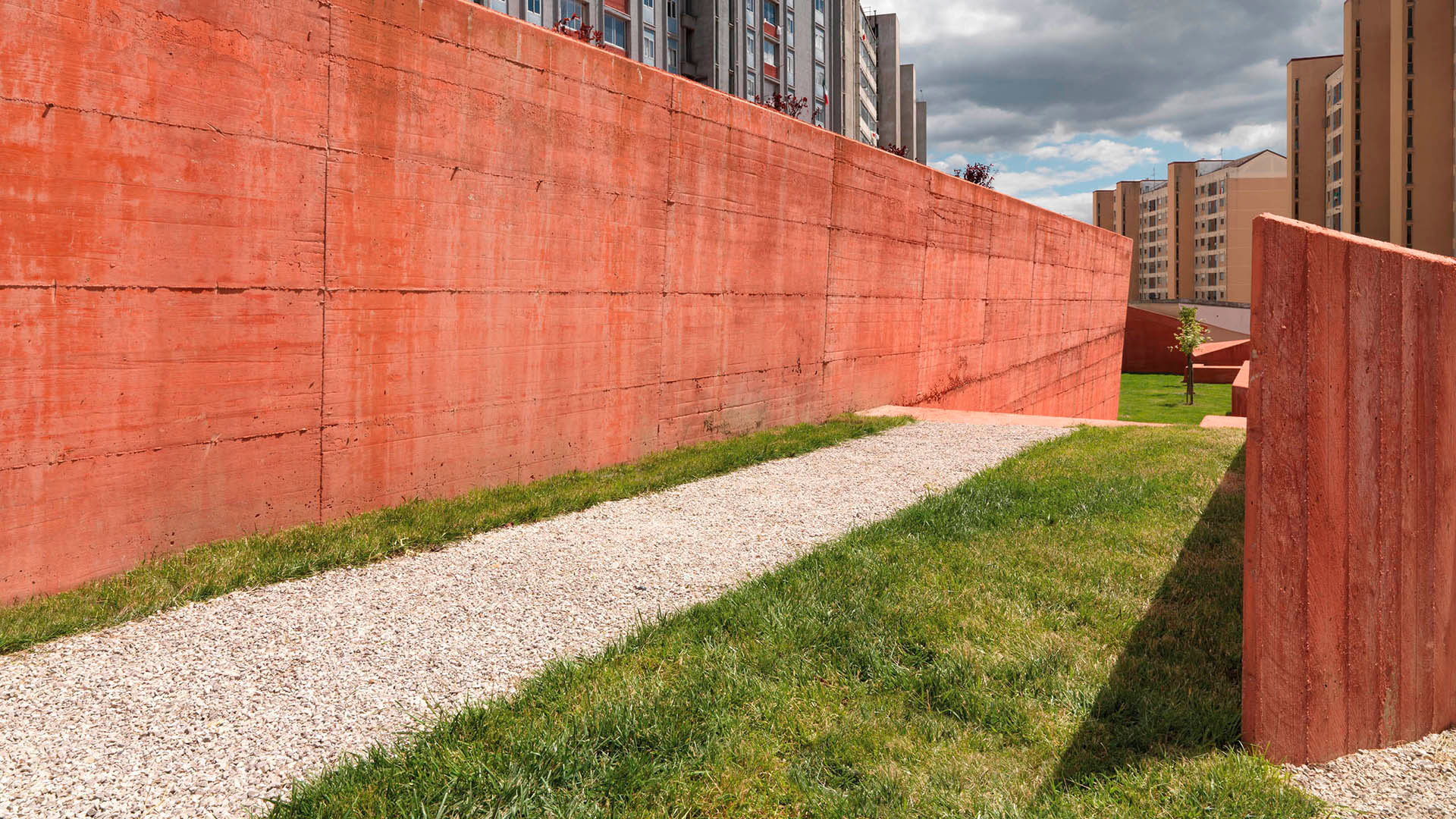 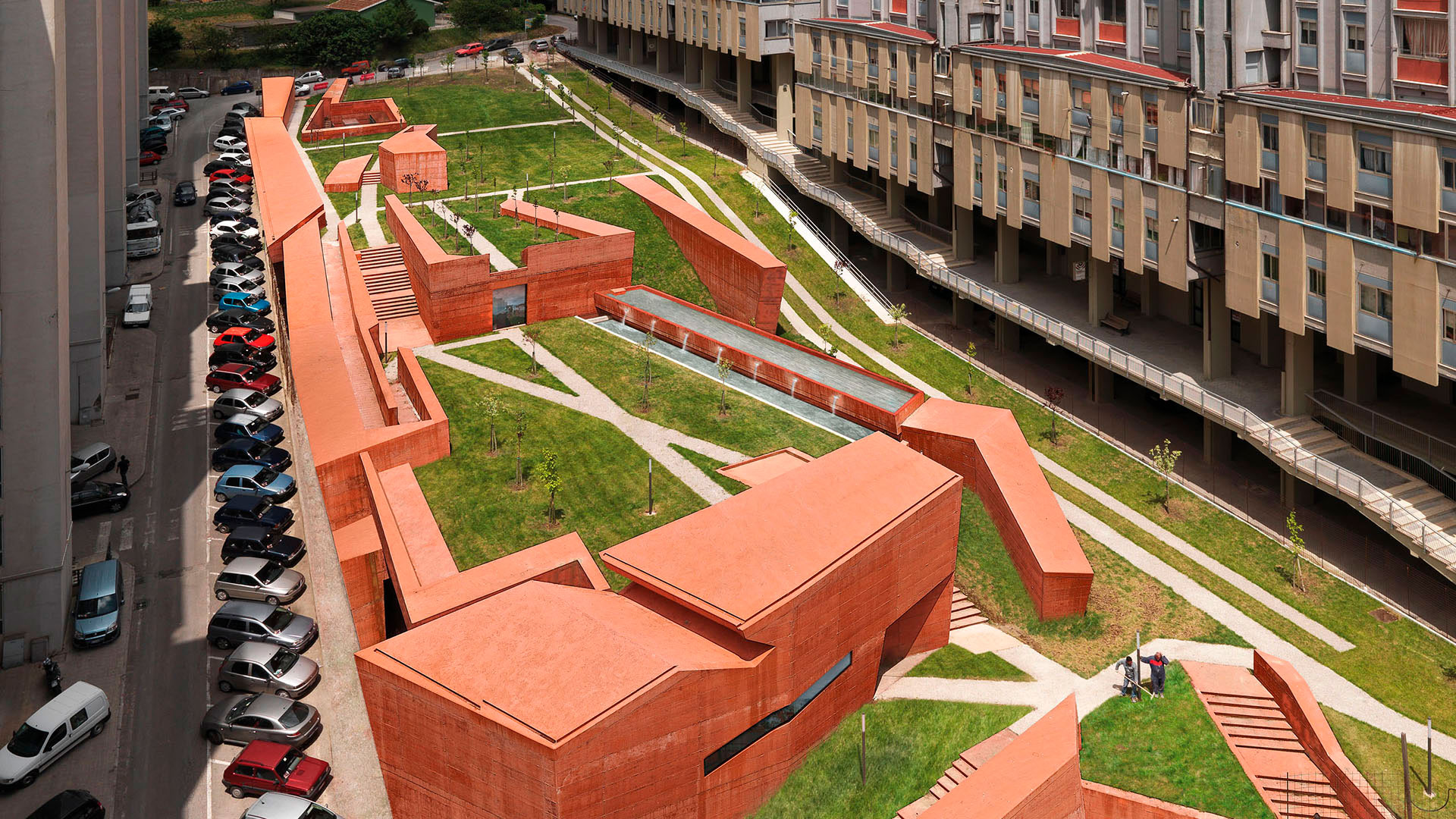 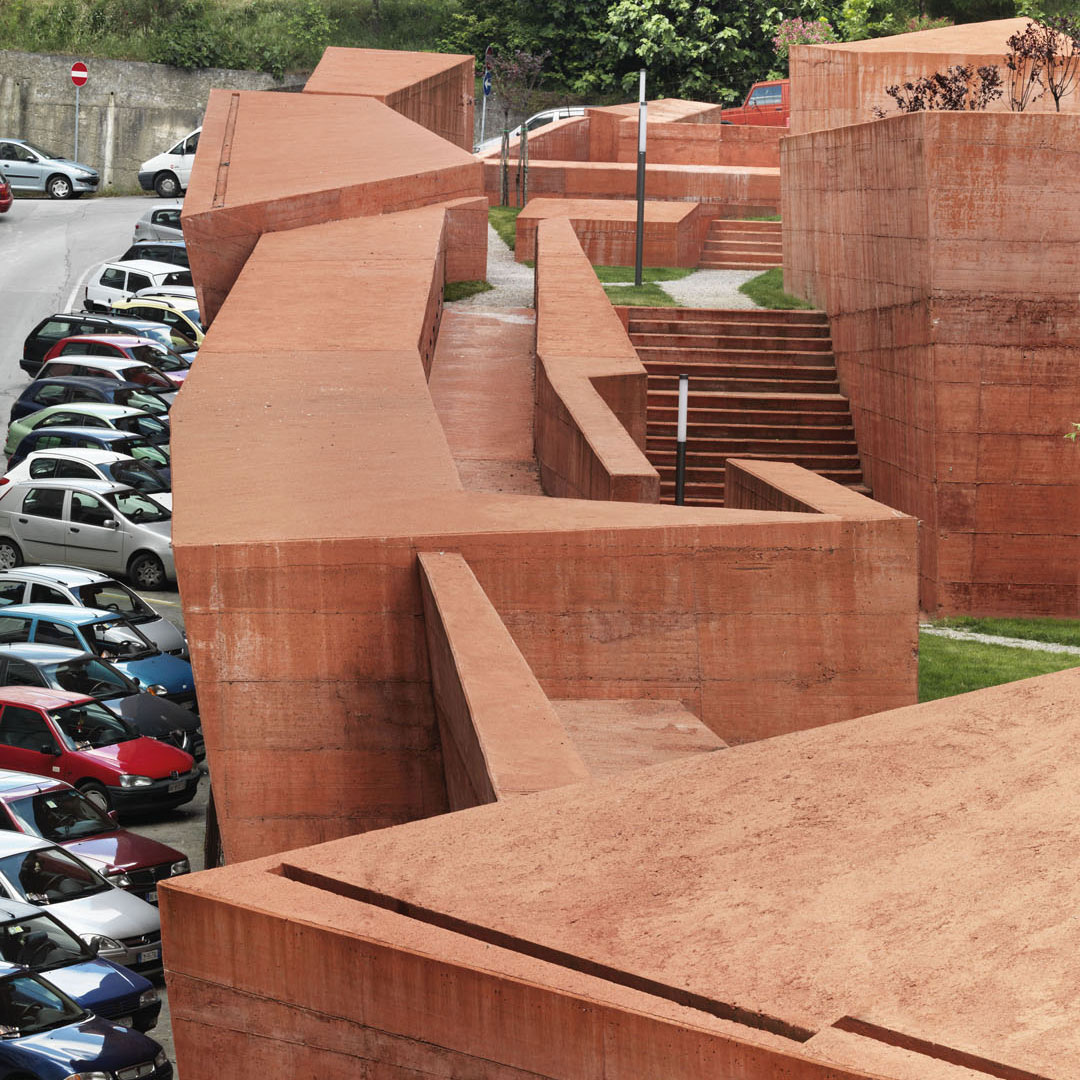 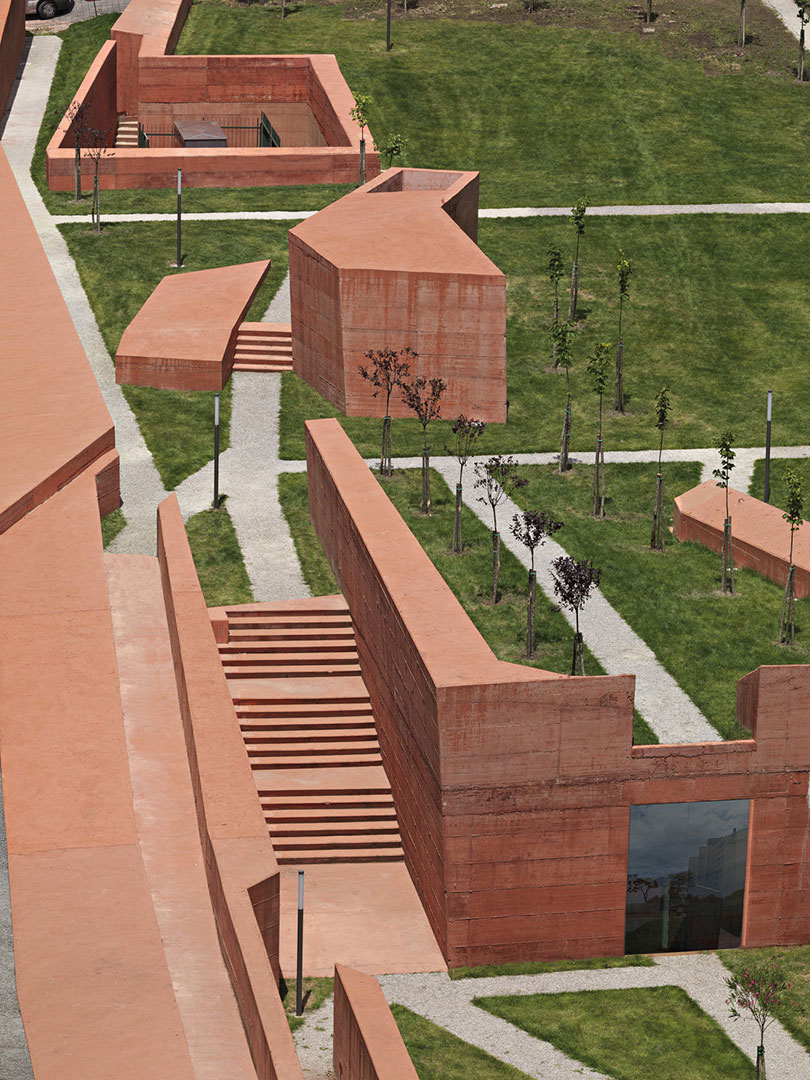 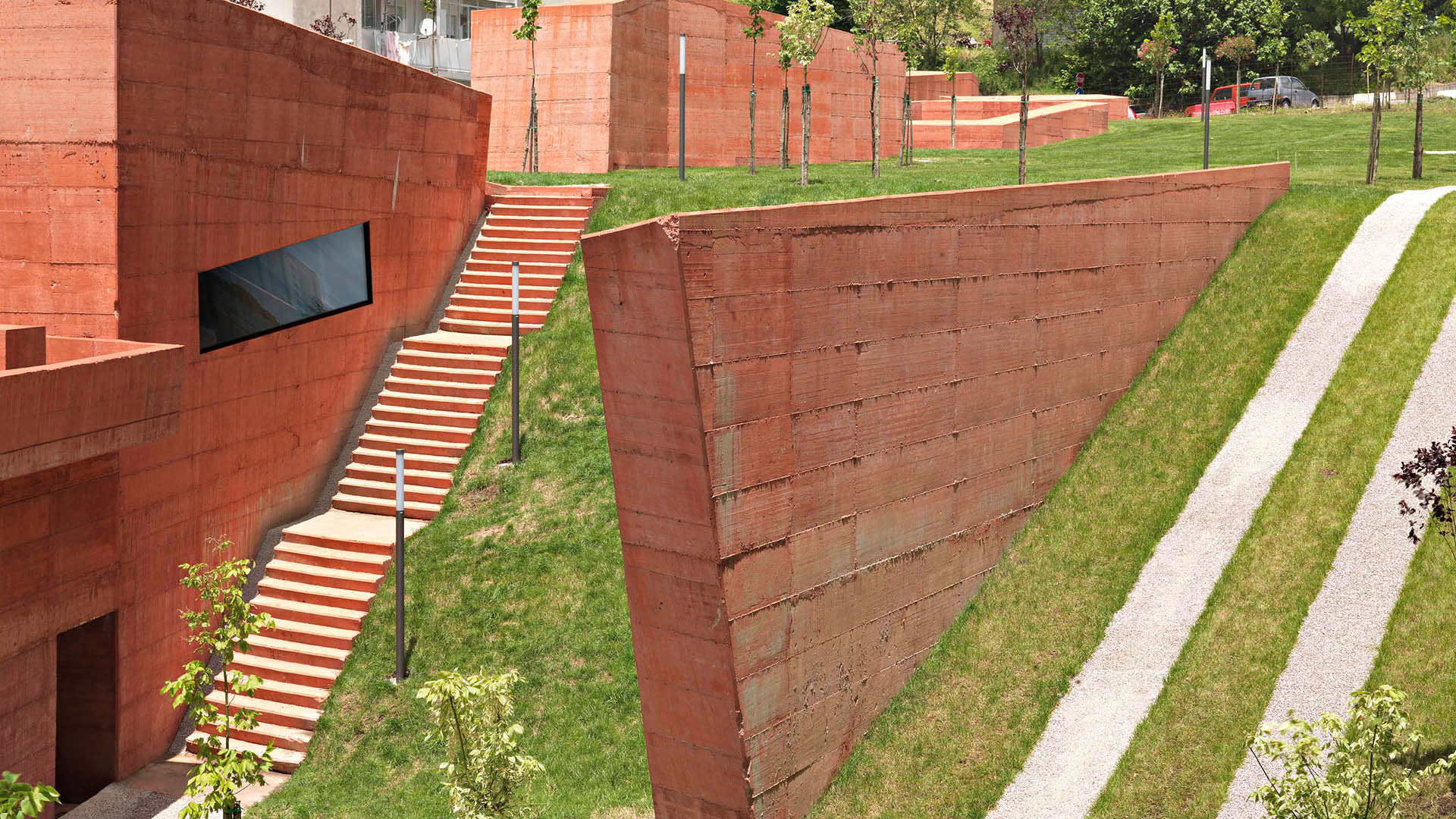 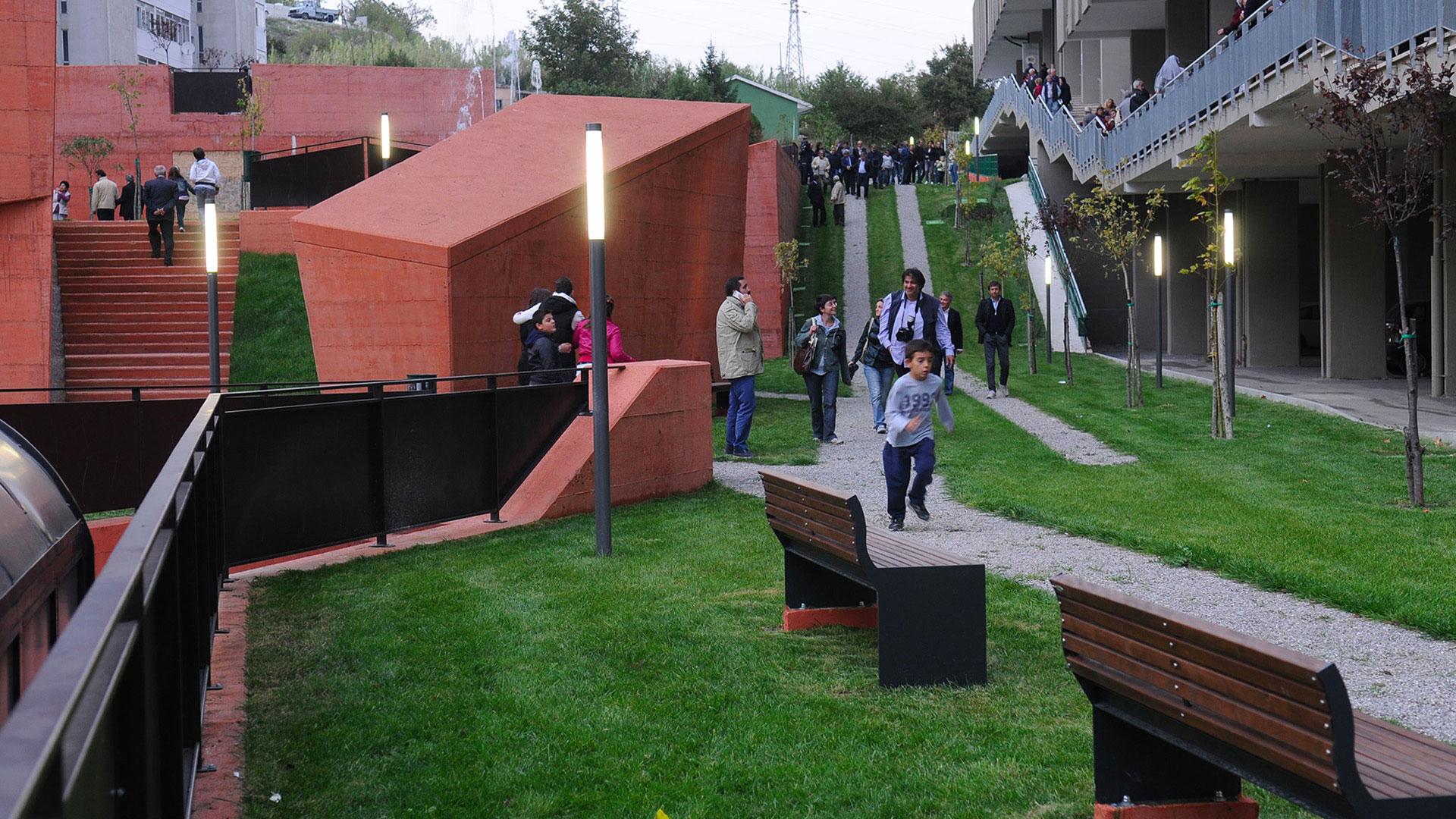