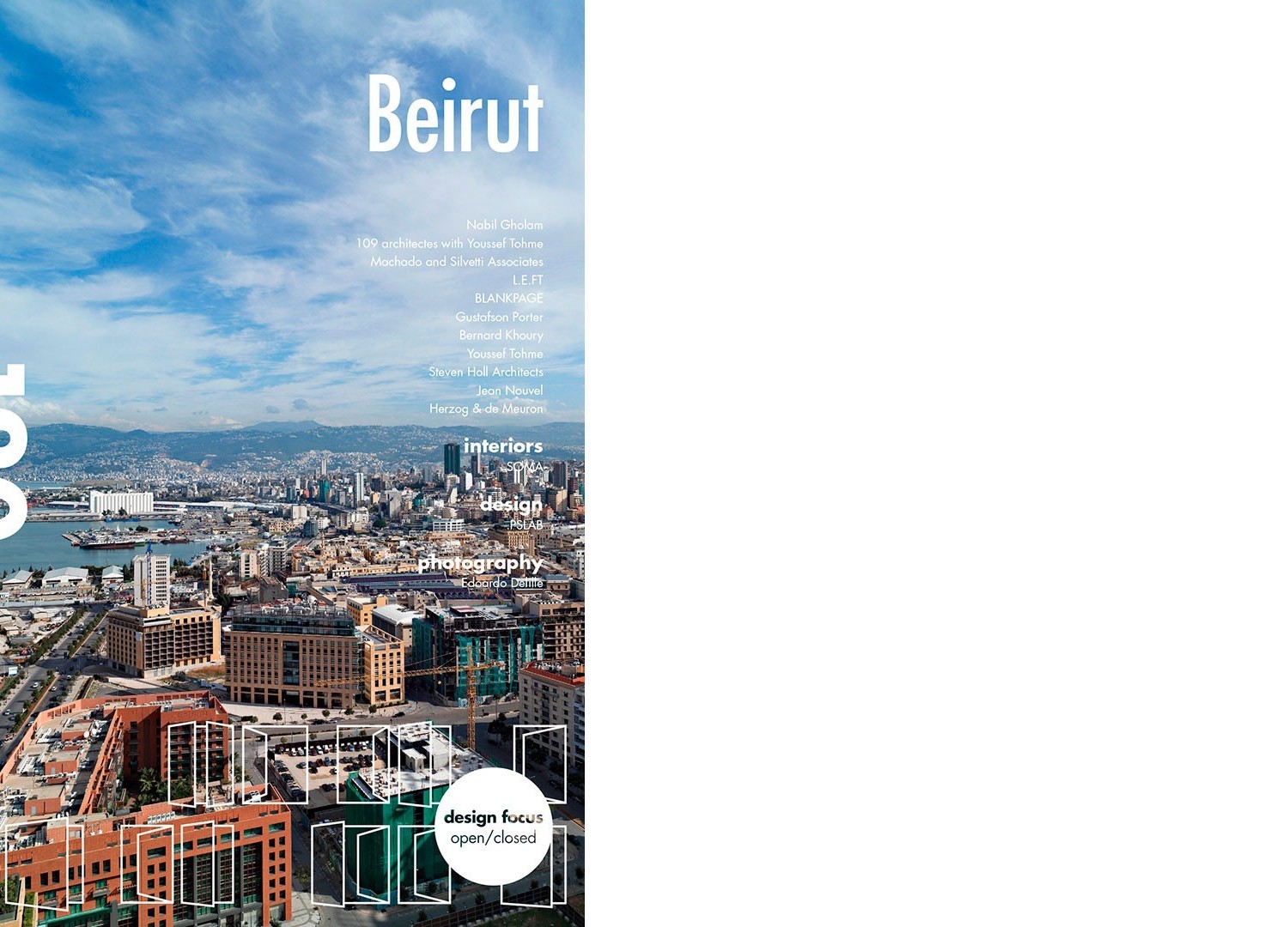 Beirut a city in continuous metamorphosis
The present-day Beirut is an ancestral yet contemporary city. Metaphorically speaking, the parts into which it is divided appear as tectonic plates that clash against one another without ever merging, that float in a magma without integrations or relations between the parts; but it cannot be denied that Beirut is a hypermodern, multiethnic and multi-faith city where difference forms the constant basis of everyday life, the very essence of a place where countless urban, social, political and religious characters are superimposed. In a scenario characterized by great contrasts and contradictions the capital of Lebanon is, also due to its extremely tormented and controversial history, an extraordinary evolutionary laboratory. There is nothing congenital or pacific in its biodiversity; rather, it is the natural consequence of an age-old and never-ending succession of dominations, conflicts and destructions. This state of conflict may in no case be dismissed with superficial detachment or a passionate condemnation of a catharsis that many deem to be inevitable. Rather, it represents an opportunity that reflects a tireless inclination to build and rebuild unfortunately chaotically and inorganically as well as an evident joie de vivre which emanates, among the scars left by bullets and battles, from every wall and window in the city. Beirut evidently has extraordinary and invincible antidotes in its genetic heredity, that enable it to regenerate itself and return to the stage as one of the main political and financial stages in the whole Middle Eastern areas, succeeding in withstanding the profound mutations but perhaps we should rather call them amputations of whole parts of an urban body that continues to resist invasions, civil wars and bombardments, fires and devastations of every kind. To the scientific community and, more in general, to every scholar studying urban facts, Beirut represents the ideal narrative on which to measure the effect of urban transformation strategies, the value and ordering effect of master plans as compared to the rigid instruments as plan or plans; but it also the place where we may appreciate and unanimously agree on the necessity and indispensability, for territorial government, of implementing strategies regulating private initiatives. In fact, while the experience of Solidère, a company entrusted with the rebuilding of the central district and an important part of the waterfront, cannot be seen in anything but a positive light due to the extraordinary rapidity of its operations, it has been unanimously criticized for the inevitable influence it has been subject to, due to the combined effect of a necessary operative flexibility and the enormous speculative pressure the single areas have been exposed to, and that has been sufficiently intense to condition the overall strategy of the project we may indicatively mention the fact that of the more than 1500 buildings classified as of historical and architectural value, less than one fifth have actually been preserved, as the others have over the years been removed from the list and from the memory of Beirutians, as denunciated by the many intellectuals who have created the Save Beirut Heritage group in the social networks. It is in any case a matter of an extremely interesting experience, because it has freed the area from the burden and restrictions of a complex structure of land ownership, uniting it under a single entity capable of acting with great efficiency and freedom; a freedom which clearly poses questions of an ethical and operational kind. However, the studied exclusiveness of the reconstruction of the centre and the expectations linked to the new urban image that would distinguish the centre of the centre of three continents has permitted private investors to promote globalizing international projects capable of reasserting the idea of Beirut as Paris of the Middle East through iconic buildings, inviting, after the experience of the new Souk designed by Rafael Moneo, the usual celebrities to participate in the project: Zaha Hadid, Jean Nouvel or Foster who add (real estate) value and fame to the operation even before the buildings are actually erected. This has sometimes resulted in the exclusion from the games of the best Lebanese architects, some of them of proven capability and intelligence, as demonstrated by the works of this issue.