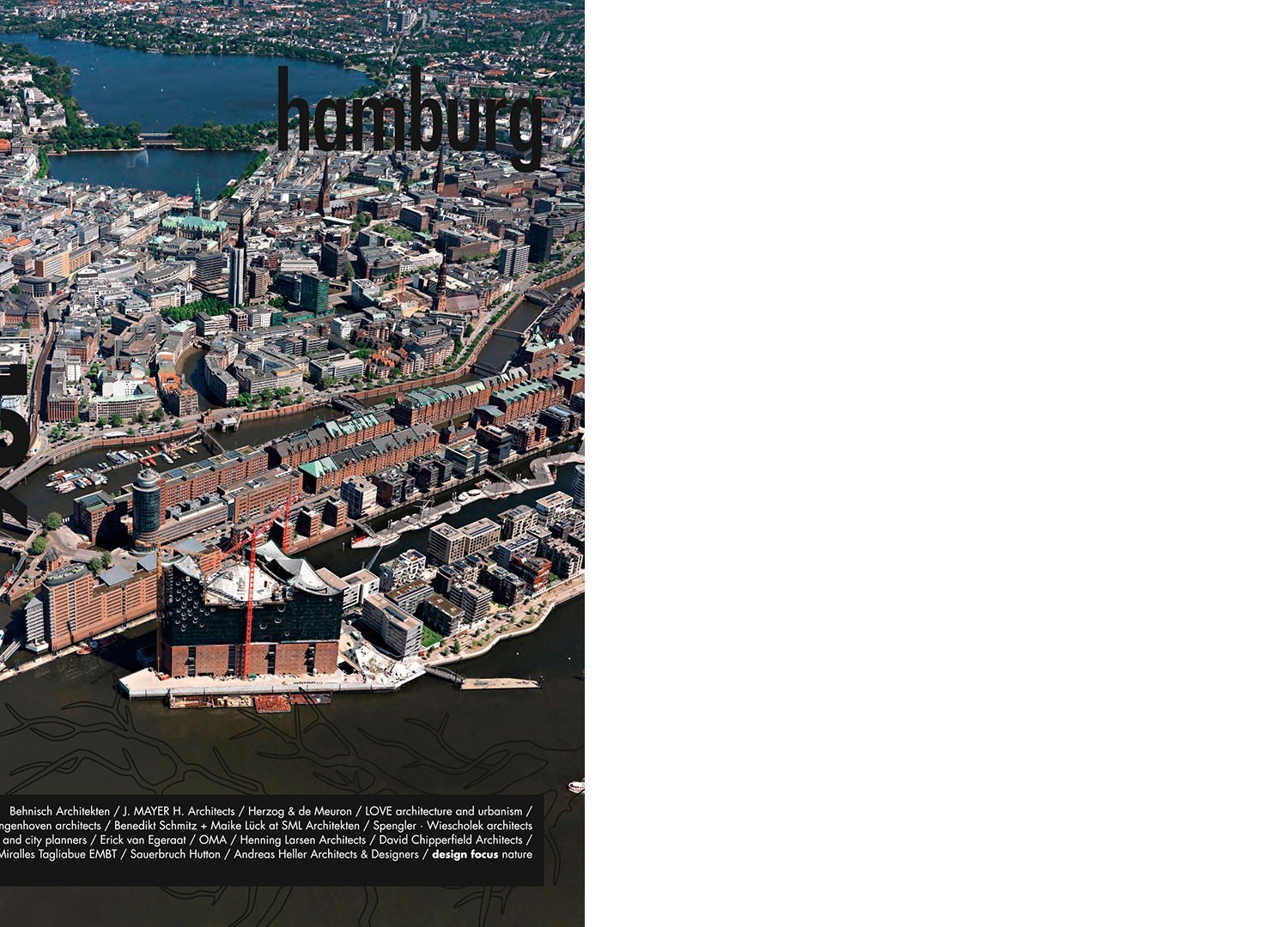 Hamburg, reflections of water and architecture
In Hamburg a red  brick red  thread connects the spectacular and famous Elbphilarmonie building designed by Herzog & de Meuron, still in construction, with the expressive contours of Fritz Höger’s Chilehaus. But it would be a bad mistake to limit the affinities between these extraordinary icons to the sphere of design. Among, in spite of the change of century and millennium, a frenetic industrial activity and a busy harbour, bombardments, destruction and the ringing of a bell which has initiated an impressive reconstruction work after World War II and an urban reconversion today. In fact, the case of Hamburg represents, in the most accomplished sense, the true significance of the essence of a city: an aggregate in continuous transformation which adapts to the changing lifestyles and economic and social conditions and thus to the life of its inhabitants. The transition and harmonious mix of traditions, expressionism and modernity, even in its harshest and most radical interpretations as that of Hilbersheimer, is merely one particular aspect of the long town planning tradition through which the city has organized itself, from the Feather Plan of the early years of last century, according to lines of development involving the whole metropolitan area along the main infrastructural directrixes. However, while the fervent industrial and commercial activities associated with the harbour have tended to expand outwards due to the inevitable de-industrialization of central areas, immense areas along the waterfront have been freed as a result of disinvestments and indispensable relocations; they have been and are subject of an exceptional work of urban densification.
What Wilhelm Schultze, in charge of urban planning and development of Hamburg, defines as more city in the city, represents the main strategic goal of a new urban and environmental policy which aims to make the city more compact, reducing requirements for mobility and at the same time protecting the creation and upgrading of green areas and urban parks with the result, attentively pursued, of making it more attractive to live in the centre as compared to the trend which, in previous decades, made the inhabitants prefer the possibility of moving to areas outside the city. Coherently with the research aimed at creating high quality spaces and an urban life, all the choices have been oriented according to operative, logistic, constructive and infrastructural modalities that centre on the eco-compatibility of the projects, focusing both on energy saving and on the use of energy from renewable sources, and on a desire to improve the environment, both in terms of architectural design and of participative processes, mediating between the direct involvement of many actors in the contemporary architectural debate and the formation of a new generation of local architects who, precisely through the processes of competitions and the selection of ideas, have made a crucial contribution to the renaissance of the city.