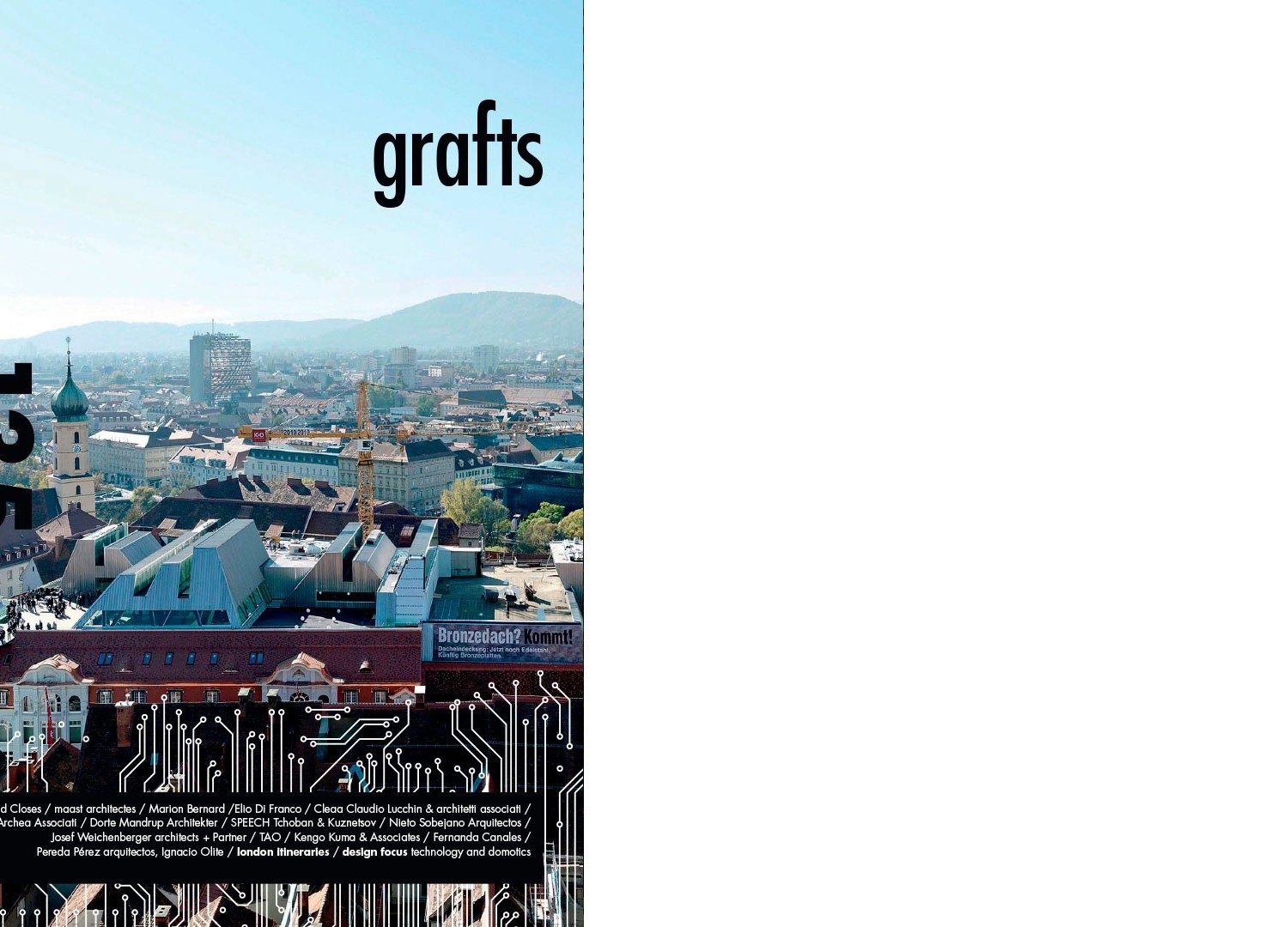 Grafts, a Central Issue in the Contemporary Debate
If we attempt an interpolation on a cultural level between the general theme of the Fourteenth International Architecture Exhibition of the Venice Biennial proposed by Rem Koolhaas, Fundamentals, and the title chosen by the curator of the Italian Pavilion, Cino Zucchi, i.e. Innesti / Grafting, the result is an acronym of the thought according to which the question of the integration of architecture with the consolidated urban context represents the basis of a more general reflection on architectural design. But if this undoubtedly applies, on a local level, to the case of Italy, it remains to be verified whether the argument may be applied in a larger international context. The research hypothesis of this issue of Area consists, precisely, of a selection of case studies that makes it possible to apply the suggested reflections to a greater geographical area, verifying the universality of the proposal through the literary figure of the metonym the part for the whole’ in an architectural context. As explained in the epistolary interview published on the following pages, the originalità of the research does not so much lie in a resumption of the debate on the theme of existing elements in the environment, of adaptation, of Portoghesi’s theory of listening  which is the Italian translation of Christian Norberg-Schultz’s assertion on the existence of a genius loci  as the awareness, on the basis of these concepts, that a graft may also, as Zucchi himself observes, represent a violent, intentional act which may either harmonize or create a contrast with a given context, in relation to which the project declares its individuality or confirms its natural sense of belonging, in any case altering the previous equilibrium With respect to this, modern, anti-modern, postmodern and hypermodern may coexist with respect to the complexity of the contemporary condition which, while acting as mirror of a cosmopolitan society which as such remains extraneous to every linguistic dispute, cannot but consider any architectural intervention as an operation of graft and confrontation with the existing reality. William Morris’ hypothesis, according to whom architecture means the moulding and altering to human needs of the very face of the earth itself, except in the outermost desert, surroundings in which, given the extreme environmental conditions, no life forms, animal or vegetal, with very few exceptions succeed in finding their habitat.