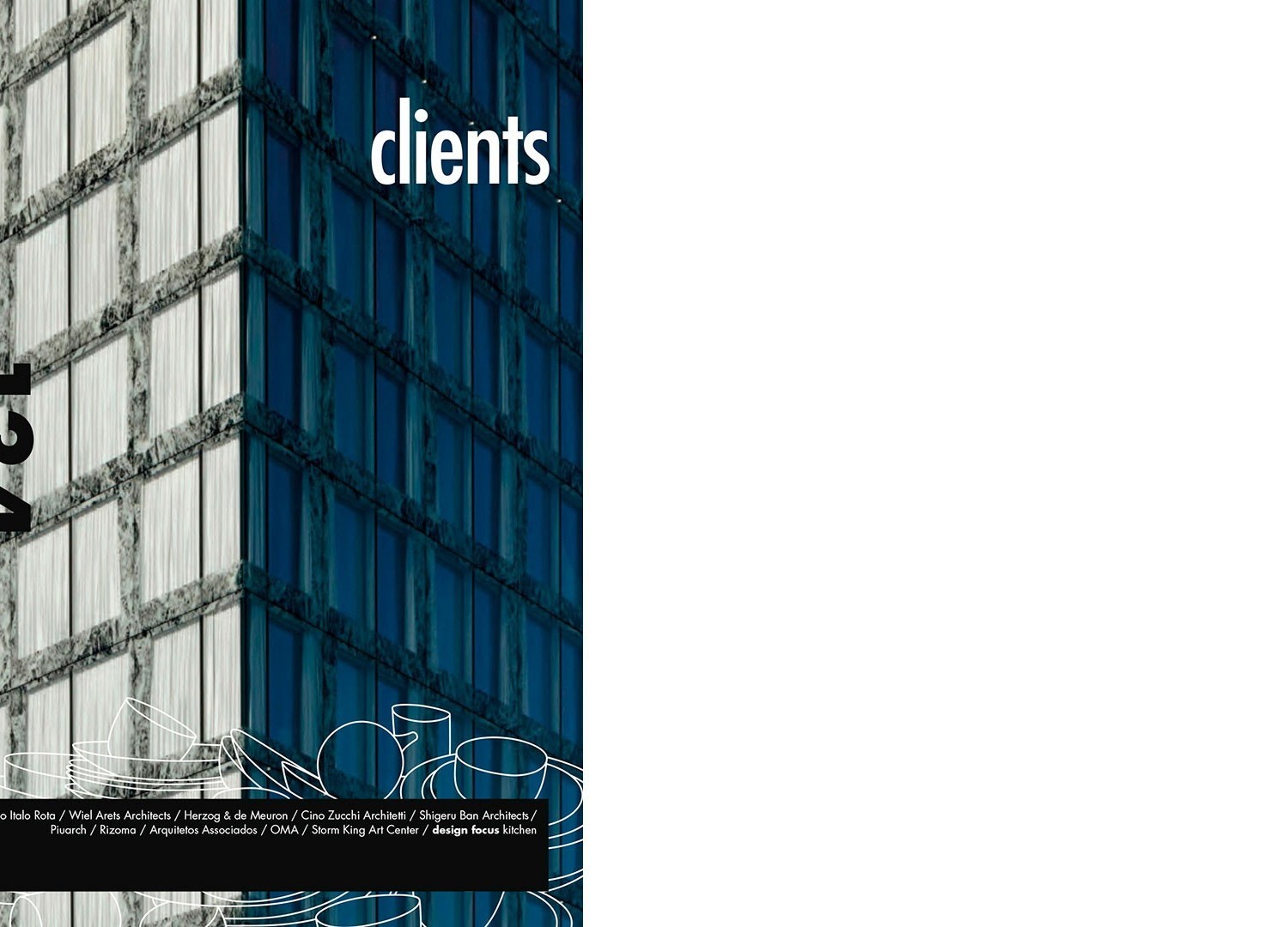 The value of the client
With a metaphor that is as complex as it is contradictory, one often compares the architect, even if the noun is masculine in Italy, to the mother and the client or rather clients, which is a female noun in our language, to the father of any work of architecture or construction which will thus become the child of the former two, or actually the daughter, as both words are female in Italian. Beyond grammatical linguistic disputes on the sex of angels, and taking for granted that architecture vaunts an ethical-oneiric dimension, and thus aims to improve peoples’ lives and pursue beauty and harmony as one would once have put it  it would perhaps be worthwhile to focus on the importance of reciprocità in the bond between architect and client: a dual relationship which limits the result on a level of culture, knowledge and expertise involving both those who order a project and those who design it. With the recommendation that constitutes the title of his most widely read book, You must love architecture Gio Ponti intended to address everyone, from designers, to promoters, to users, considering the interest in the work a factor different parties have in common. Those who criticize and sometimes chastise architects as a category are not all that wrong in asserting that, beyond the merits, the responsibilities for a certain project must be assumed by the architect rather than by the client; in fact, when the latter proves to be uneducated or to have bad taste, the architect who is an independent professional is always able to refuse the assignment. But even if this is true in principle, it does not make it possibile to save the territory from disasters, because there will always be someone willing to build copies of Venice in China or in the United States, copies of Saint Peter’s basilica in Africa and Eiffel towers anywhere in the world. And the opposite is often true, namely that works of extraordinary architectural value may be, and indeed unfortunately often are, deprived precisely by the clients or later owners of the due respect and the necessary care and maintenance. Buildings, sometimes important masterpieces, are left to crumble and are often demolished; indeed, in the governments of more advanced countries have set up adequate institutions to protect them. The old and familiar metaphor would therefore be appropriate: the client as father contributes with the seed (the need or desire, the energy, the money) whereas the architect receives it, and after a gestation that may vary gives birth to the result of their meeting, which is the project, but not yet the architecture which will on the contrary be the final product in the flesh. In fact, the question is very different and much more complex than the cycle imposed by the rules of reproduction of the species; even if everything seems to proceed as in nature durino the initial phase, that is to say when the parties meet, like one another and decide to become a pair, things then become more complicated as small or great urban transformations and many other factors and parties come into play: compliance with building regulations that are not always suited to achieve the best possible result, the skills of the building firm which plays a decisive role with respect to the final result of the project, the cultural and social level of any future owners with regard to maintenance and management of the asset, as well as the congruence of what is later built in the surroundings, because an architecture is not an island, but depends on and reflects itself in its surroundings, whether urban or natural. Those who are fond of likening architecture and nature, and who have since the time of the Corinthian capitals kept confusing matters, assert that also a child can turn out bad: bad company, wrong schools, accidents, unforeseeable health problems, or it may on the contrary enjoy a happy and easy life, and the same is true for architecture. And so let us return to the metaphor of the father and mother, after all, what is more important? It is fine with us architects even if this condition, as we know, is necessary but not sufficient!