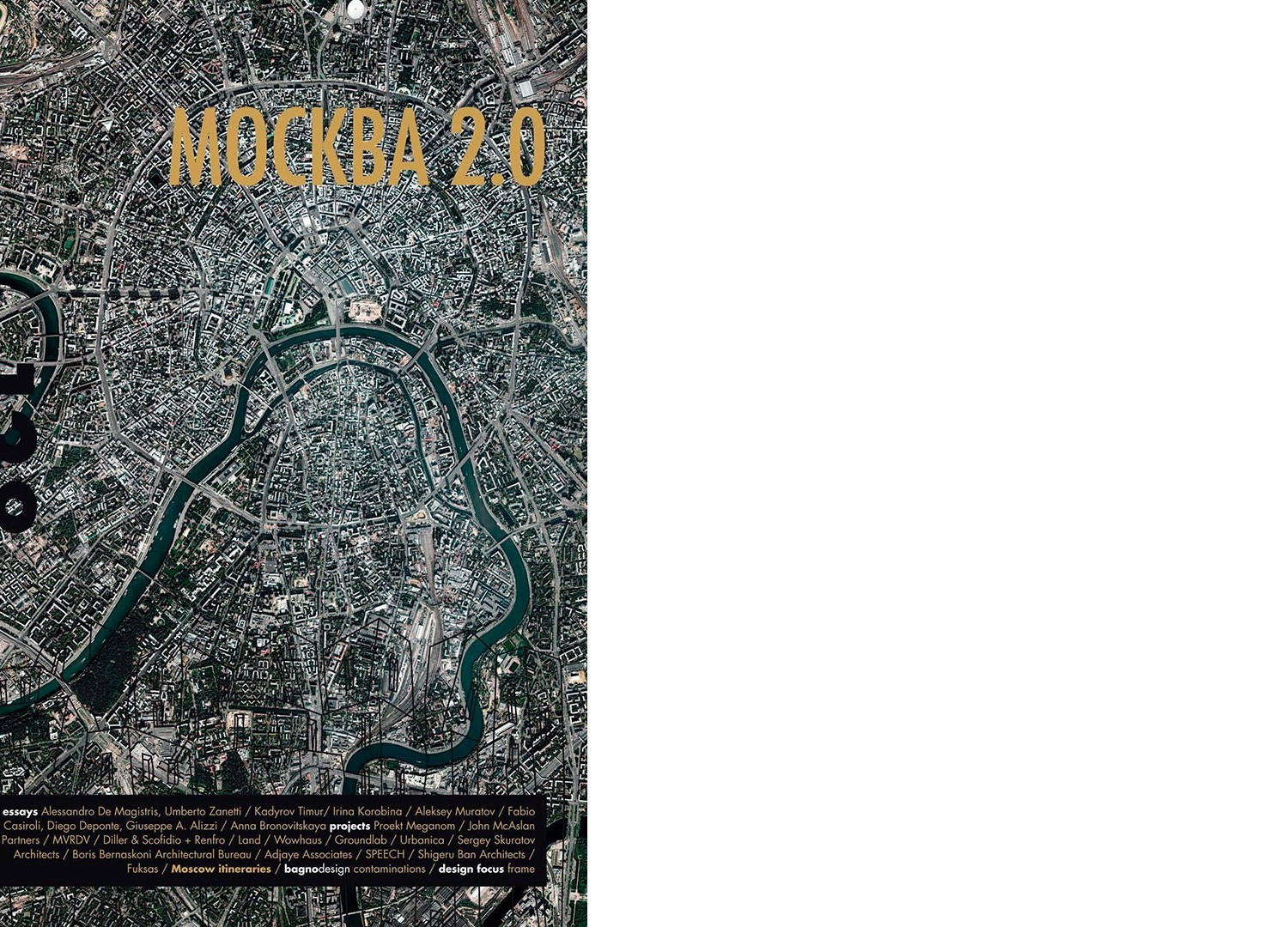 On Moscow: a necessary preface
Every new issue of Area tends to have a long gestation period. Because they are ultimately monographs, each topic requires in-depth research and many months of work by our editorial staff. This process lets us publish original interviews with, and essays by, key players on the architectural scene and back them up with documents, images, descriptions and plans. This approach is one of Area’s distinguishing features, placing it somewhere between a magazine and a book. It can happen as it has with this issue, MOCKBA 2.0 that the situations we are talking about change dramatically between the project’s start (December 2013 for this issue) and when it is published. It had been over six years since we had focused an issue on Moscow (the first monograph on Moscow, issue 96, is from January-February, 2008) when we decided to focus a new issue on the city. Its social and political situation was completely different than it is today; the ruble was stable and the economy burgeoning, the construction industry booming, and exports dominated by commercial strength based on global demand for the raw materials and energy in which Russia abounds. There was a new, more considered urban planning policy in place with a young Chief Architect in charge, responsible for taking new directions with an international perspective. Of course, the latter situation has not changed, but the conflicts and tension of which all are well aware have led to a number of sudden actions and reactions that have very quickly changed many of the factors at play in recent years. For example, the European Union has imposed economic sanctions and blocked many business and trade relationships with Russia; the ruble has lost a substantial part of its value; and the price of oil has collapsed. All this has predictable effects on investments and particularly on real estate and urban projects in planning. Obviously, in this situation of international tension, it would be foolhardy to make predictions, though we can’t but hope that current conditions reflect a period of transition that will be as short as possible, and that soon discussion will prevail over conflict and new, stronger partnerships will return. Yet, as we write, it is still a painful, tragic period for many peoples caught between the desire for self-determination and powers that have nothing to do with their wishes and individual identities. It would be out of place for us to make judgments without the proper historical distance, and in the midst of a dispute with such harsh, dramatic tones, especially as we are a magazine about the disciplines of architecture and design arts. What we can do, however, is contextualize the situation in relationship to the research we have done. We can try to understand though it will take time  the effects that the changed overall political conditions might have on the city’s particular configuration and development  something currently unknowable. It struck me as necessary to share these thoughts. However, I am confident that this work will be absolutely suitable and very interesting for followers of the discipline of architecture, who have always had to keep in mind social, economic and political contexts. The work was done with the help of leading experts on contemporary Muscovite architecture, serious connoisseurs of everything involving Soviet and current Russian architecture. I am also confident that a city’s transformation happens slowly and that the hoped-for situations we have described competitions, international collaborations in design, the growth of an open, positive cultural discussion  will continue in the direction started.