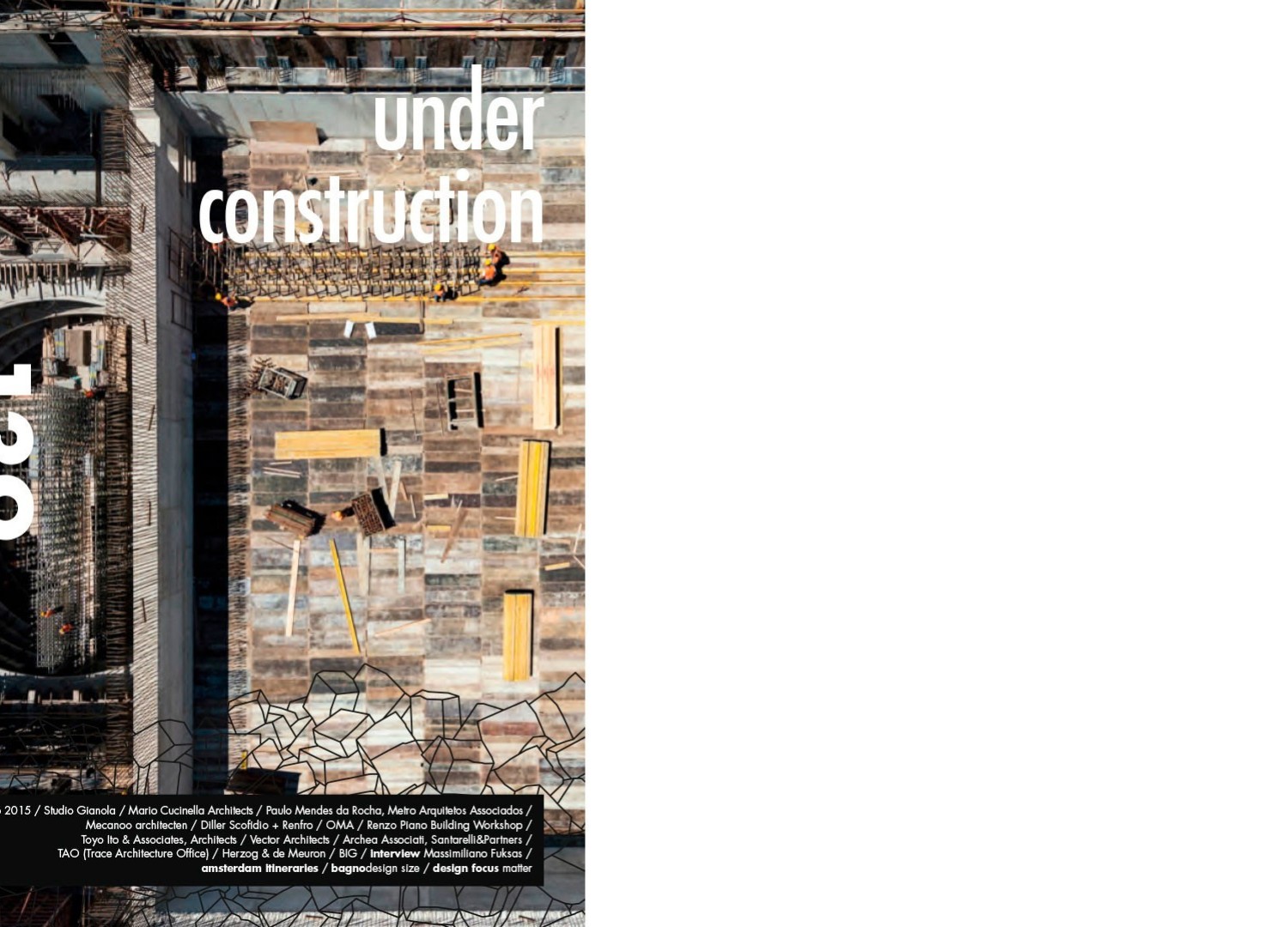 The World is Under Construction
It is a well-known and comprehensible fact that globally, the needs of living of more than seven billion people who populate the planet, require a complex and frenetic construction of places that allow humans to go about their daily lives. This pursuit of enclosed, protected spaces sometimes follows rules and procedures that go beyond the strict necessities of living to adhere to the rules of the market, of individual desires for the sake of mere financial speculation or display of economic and political power, independent of the logic of needs. It is therefore an issue on which we must reflect with particular attention. Likewise, we should remember, though sadly of public domain, that there are areas of the world just beginning to be inhabited, as in many countries in the developing world. Here, building activity occurs spontaneously, often illegally, following the proliferation of requests for a house, creating not just living spaces but enormous pockets of discomfort and land consumption, lacking basic conditions. I am not talking about public facilities, but hygiene and health which, as recalled by Vitruvius in difficult times, should be the primary reasons of a project. Architecture is not an art for everyone, but objectively a privilege of the rich countries, a “status” that is achieved once a society is able to meet its basic needs among which, and therein lies the contradiction, we find precisely that of living. We can therefore say that architecture in the world, sometimes but not often, is practiced where there is less need, following criteria and methods independent of logic, or rather, favouring paths and rules that, as we mentioned, have more to do with the economy and power than with people’s needs. Furthermore, we must not forget that if the act of construction produces, or at least should produce benefits for the individual and collective life of the people, on the other, it consumes inexorably one of the non-reproducible resources of the planet, namely the land. This imposes not only a question of objectives, but, primarily ethics; a vision that should lead us to promote any government territorial strategy targeted at intervening on already developed land, independently of the immediate economic advantage of individual operators. We only have to think of the over two hundred empty towers in the centre of Sao Paulo in Brazil  one of the cities with the greatest housing development in the world  recently surveyed by the Department for Housing, or for the abandonment of entire neighborhoods, a phenomenon which happened in Detroit, due to the automobile crisis.
In the building world  although representing among all human activities the most widespread and global, and also for acquired techniques and knowledge  still evident, in relation to the above considerations, are huge behavioural differences from country to country, from city to city, in terms of construction times, the technical and architectural quality of the building, the quantity constructed, the absurdity of cases such as Dubai, where the disproportion between the number of inhabitants and the number of rooms and housing units reveals building not as an activity linked to the demands of living, but rather equates it to a pure financial instrument. Therefore, this issue of Area, in proposing projects currently on the desks of studios, therefore either under construction or completed, does not only intend to disclose what we will discuss in academic terms in a few months, according to criteria that are purely stylistic or calligraphic, technical or of material congruence; instead, it aims to emphasize the characteristics of an activity, namely, building, which requires a general, necessary awareness of the costs, time and needs involved, and hence of the social consequences that such a commitment entails.