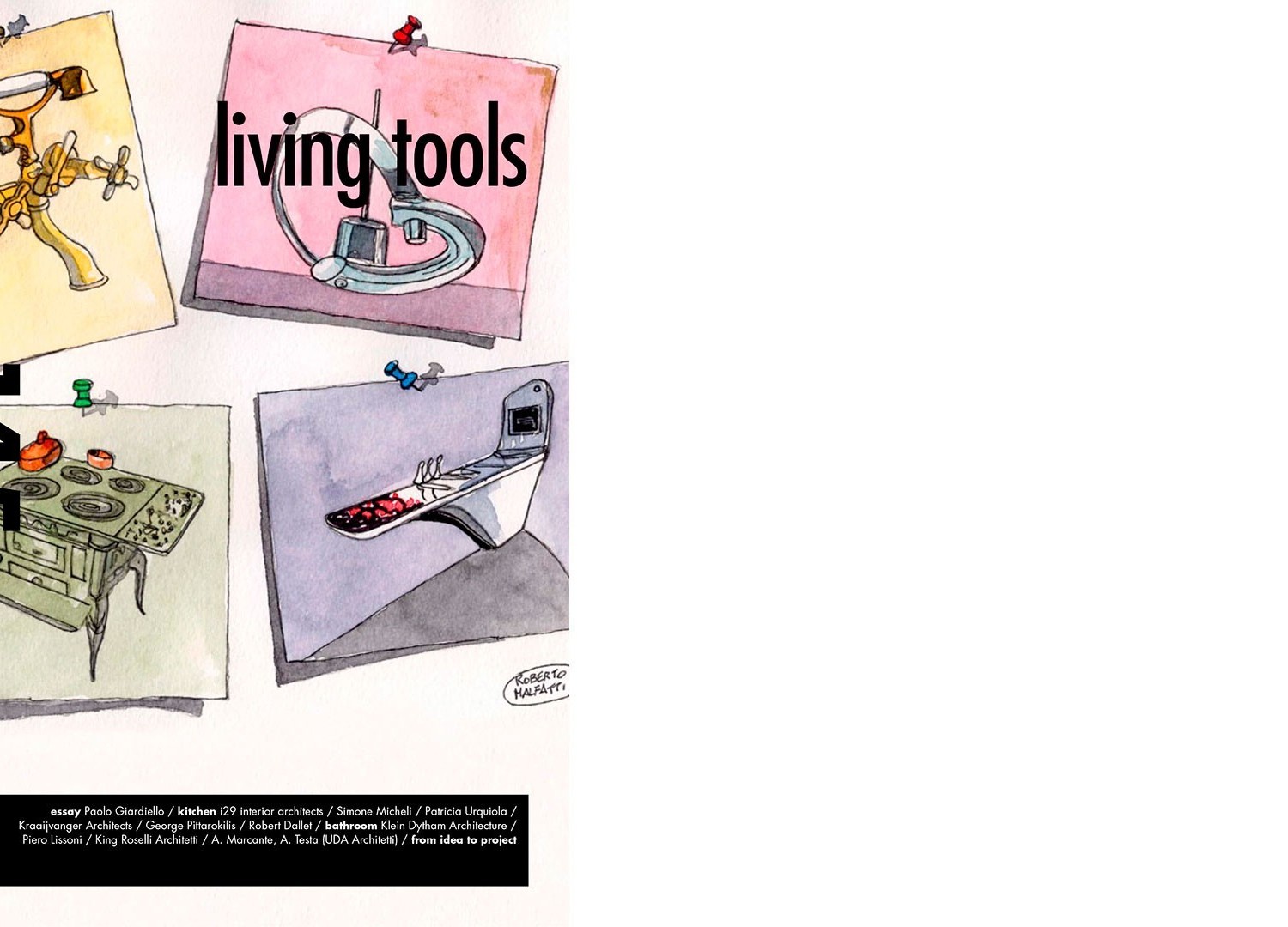 Essential Tools of Living
The kitchen and bathroom: presence and absence of domestic space
You could build a history of living, changes in lifestyles and forms of family relationships through an account of the evolution of places in the home that are indispensable for carrying out everyday activities; in other words, with the taste and fashions that have defined and influenced bathrooms and kitchens, ever since these have appeared as essential technical contexts in the home. An unbroken, but extremely diverse path of development and technical adjustments, discoveries and innovations, rites and household myths which, on the one hand, goes from the furnace  a synonym of the same principles that infuse the private dwelling  to modern kitchens which, as obedient butlers, without human features, remote-controlled or even completely autonomously, perform the primary need of the preparation of food necessary for man’s survival; and which, on the other hand, proceeds from immodest places in which to fulfill certain primary physical needs  at the origins, completely outside the house with the aim of emphasising the distance from the most civil public places to contemporary and sophisticated areas reserved for hygiene and well-being, relaxation and the attention given to one’s physical and aesthetic form.
The history of home interiors during the years after World War II until today, if interpreted through the changes that these spaces underwent, tells of political and social transformation, the evolution of the role of women within the family, the figure of the father-breadwinner, the self-determination of children in education, the forms of representation of the economic status and the relationships inside and outside parental nuclei. Not only that, these places, although among the closest to the human form, to its gestures, influenced by ergonomics and dimensional dictates, are those where more space has been given to technological development, the evolution of technology applied to daily life, where home automation was first established, where the appearance of simple tools and utensils changed habits and skills, where changes in the shapes of objects and spaces succeeded in representing new social structures, systems of links, affermations of principles and of people’s ideas. Bathrooms and kitchens, from the 1950s onwards, have constituted systems and technology essential to affirm the level of well-being and the need for health, fundamental to move towards social development, to introduce behavioural and hygiene standards and to materialise an idea of progress, capable of redeeming the dark years of wars, of nullifying economic differences, as well as the natural distance between the city and countryside, between the centre and suburbia, mythical and cultural distance rather than physical and geographical. As early as the 1960s, and then in the 1970s, in the wake of imported behavioural models, sometimes only imagined or known through advertising, movies, TV shows and glossy magazines, kitchens in particular, but also the places reserved for staff hygiene, take on a form ideal for accommodating ties and evolving relationships, roles and hierarchies in the process of change.