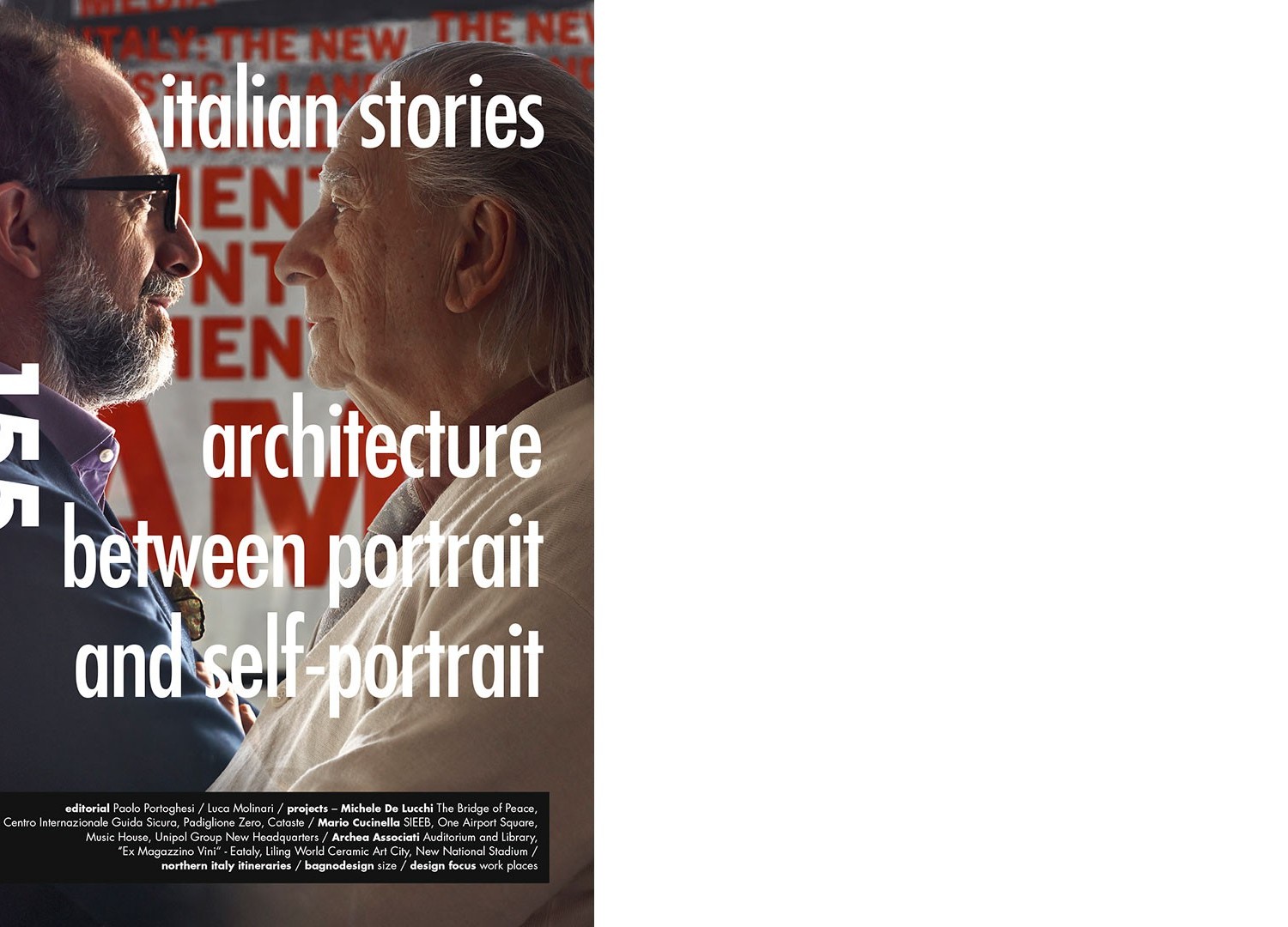 Italian Stories.
Architecture between portrait and self-portrait.
The true and unusual story of this edition of Area dedicated to Italian architecture was born thanks to the instinct of the editor, Ivo Nardella (CEO of Tecniche Nuove) who urged the management to transform the annual monographic edition dedicated to the portrait of a major figure among international architects, into an original and complex self-portrait. This had nothing to do with the current fashion where taking “selfies” has, sometimes irritatingly, become a part of every single daily experience, but rather the awareness that, while continuing to publish a range of different critical perspectives and methods, the review would be able to express its personal viewpoint and project design concept in the best possible Italian publicistic tradition. Furthermore, we are convinced that because of the complex nature, the variety and simultaneous coexistence of experience and expression, that today seem to diminish, or even zero-set all critical reflection only on a superficial level, vice-versa, its activation is essential to systemise and enable the transmission of the contents of a discipline that, as well as modifying the practice and meaning of habitation, expresses the cultural debates and impulses that pervade the whole Italian context. However, the idea that the architecture of today can be observed and described within and outside itself, opens up scenarios so vast that we would need to write a narrative made up of many episodes, and in which this article constitutes only the opening chapter. For this first chapter, it seemed natural to ask Luca Molinari to make this reflective and self-reflective effort, convinced that his sufficiently recent direction of the Italian Pavilion at the Venice Biennale constitutes a solid starting point for this form of analysis and self-analysis that quite deliberately moves well beyond any form of autobiography. This conjecture, depicted by the figure of a critic who has directed one of the most important expositions of architecture at international level, who comes from a teaching background in history, and therefore with the critical experience necessary to approach the didactic nature of the project, triggered an unexpected and interesting chain reaction that has also necessarily involved Paolo Portoghesi. As was natural to expect from the inventor of “Strada Novissima”, not only did he accept the opportunity to pay tribute to one of the most important figures of the past – Molinari will deal with the present – but with this homage, he has taken an active part in reconstructing the synopsis of a critical profile on the Italian debate, associating himself with the selected author, Francesco Borromini. As requested, the result is a critical and self-critical exercise leading from the past to the present: a kind of observation seen through a glass that, as we all know, under certain lighting conditions becomes a mirrored surface. Naturally, from the initial theory, which became pervasive and fascinating as it progressed, none of us, myself above all, could renege, convinced that the best criticism is based on practical operation, able to back up theory with concrete application. There is no doubt as to the truth of Einstein’s famous aphorism: “There is nothing more practical than a good theory” … just as there is nothing more theoretical and intellectually relevant than a project put into practice. This is a profession able to propose and sustain itself only through powerful cultural impulses.