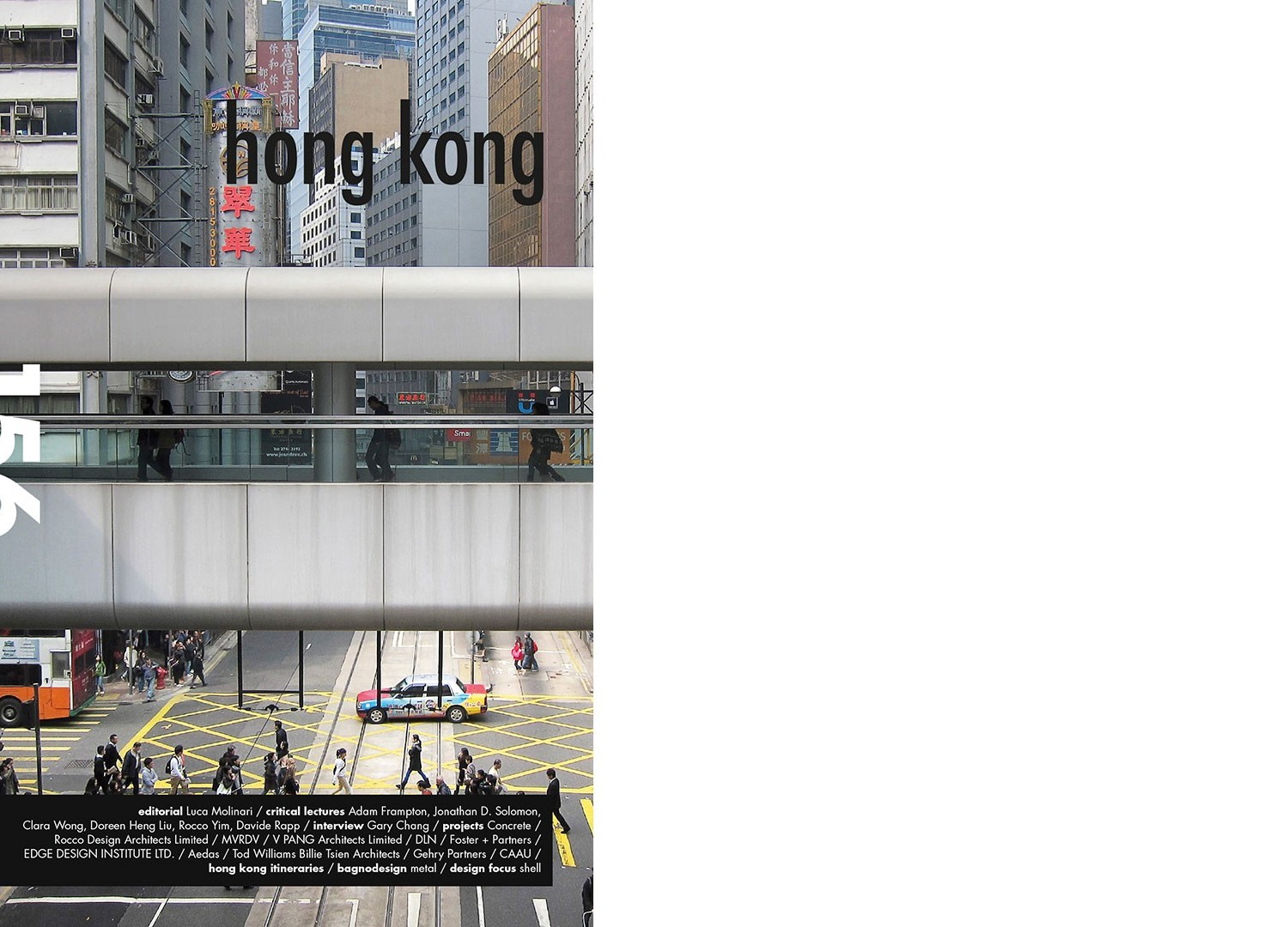 Hong Kong: a unique city
Each issue of Area, six, or rather seven per year if we consider the “plus” issue during the Salone del Mobile dedicated to design, is the subject of a long period of investigation and research that starts many months in advance, in particular when the subject shifts from the object of use – the spoon – towards the city according to that dynamic and terse panorama that Ernesto Nathan Rogers gave the architect. The choice of Hong Kong, which has been a potential theme for a long time, stems from stimulation, meetings and subsequent discussions between the editorial staff and Luca Molinari in the conviction of the importance of analysing the “Leonardesque” concept of a city: to be interpreted and lived more vertically than horizontally, a city – as underlined by Molinari himself in his introductory essay – where the traditional ground plan map does not exhaust the possibilities offered by the urban context. However, just as the magazine was going to print we discovered that at the same time “L’industria delle costruzioni”, an Italian magazine founded by ANCE (Associazione Italiana Costruttori Edili) had dedicated its own issue to the same theme. Faced with this, for those who do research, two contrasting moods were verified: one of indignation for having worked on a theme on which others work too, losing the futile banner of originality; the other of satisfaction to carry forward, together with more people from all areas, a horizon of study that clearly arouses interest and attention and which through multiple instruments and positions can intensify the consequent debate and subsequent critical reflections. We are undoubtedly inclined towards this second option, which does in fact constitute the sense and the spirit of the magazine: to promote new perspectives for the contemporary city through the analysis of special case studies but also of general interest. Moreover, after having tackled Singapore in 2016, we thought it would be interesting to observe another Asian capital, Hong Kong, which shares the destiny of a concentration and density unmatchable throughout the world. Hong Kong maintains apparently contrasting records such as a very high income per capita, the highest presence of skyscrapers and shopping centres, but it is also one of the areas of the world with the longest life expectancy and the best availability of public transportation used by over ninety percent of the population. It is surprising that in an apparently chaotic, overlapping context it is easy to arrive on time, enjoy the beauty of splendid protected natural areas, conceive the relationship between public and private space in a both rigorous and flexible way. Hong Kong is a surprising workshop of urban experimentation capable of subverting established convictions and customs, the best in terms of liberalism and at the same time of control and planning. It is a city but also a state; it is controlled by China but at the same time it is independent, with its own currency and its own legal and administrative structure. The city is a continuous oxymoron, a continuous contradiction where, however, the quality of life and interests is intense and engaging; for architects a truly fascinating mystery, a labyrinth where, in order to move, you do not need a map but an axonometric view to highlight the layers crossed by an infinity of suspended passages. In this suspension, life flows rapidly for over seven million people who seem to adore their iconic proximity.