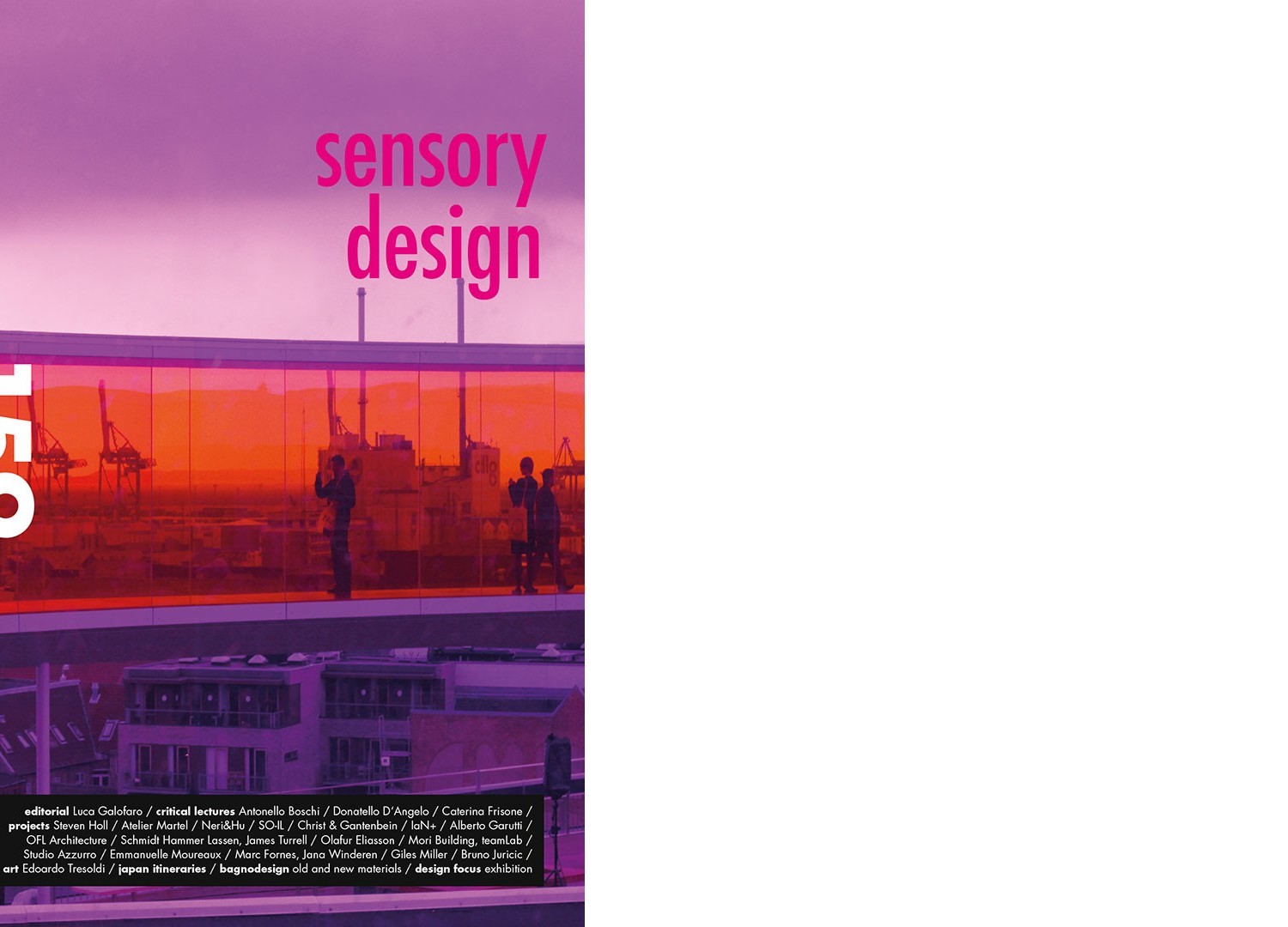 Architecture: the art of stimulating perceptive skills
Architecture, just as the design of an object of use, intentionally embrace our senses, even if such interaction is inevitable and intrinsic in a discipline, that of the project, aimed at both inhabiting and carrying out human activities. It is not possible to visit and experience architecture without our body being involved spatially in the places it passes through, since each person acquires knowledge and perception of it through the natural or artificial light that makes them visible and accessible. Likewise, we perceive its tactility in the materials that the places themselves are made of, and, with these, the scents and sounds produced simply by the people who live there. But if these conditions are laid down, the difference is played entirely on the intentional research of the various authors, on their ability to activate research and study paths that place the issue of perception at the centre of their actions and not only as an involuntary result of the project. The difference in value between diverse architecture or innumerable objects of use is often played on the ability of its creator to transpose his feelings and imagination into the feelings and imagination of the user, endeavouring with his own lexicon and the tools that the discipline makes available, to stimulate those visual and tactile emotions that sometimes remain etched forever on one‘s memory. Furthermore, the understanding of space and therefore of architecture cannot exclude the auditory experience that for example accompanies us during our visit of cathedrals and large spaces where sacredness is enriched by the vibration of silence, the scent of incense and candle wax. In other cases, and for specific activities such as music halls and auditoriums, the ability of the space to “play“ with harmony and precision is obviously more important than other sensations. In this way, the examples could be infinite, and likewise the architect‘s possibilities to work on the perceptive aspects are endless, placing, as it should be, human experience at the heart of the project. From this point of view, there have been more influential historical and linguistic periods than others and this usually happens when experimental inspiration guides the designer‘s mind as in the case of Baroque or Spanish Modernism, just to mention two examples. In the past, the accentuation of perspective and spatial complexity, today the discovery of new perceptual conditions stimulated by the use of virtuality and technology, contribute to the creation of environments capable of projecting the visitor into a reality that reveals more dimensions than those known, opening up more dreamlike or imaginative visions than real ones, taking gravity away from the mass, duplicating and reflecting surfaces, lengthening and shortening space, in a sequence of emotional feedback that architecture interprets by projecting them onto our lives in the form of sensory stimulation. Undoubtedly, with regard to the totality of the senses, five according to tradition, only taste appears to be more complex to stimulate through architecture, even though food and drink can often offer their structure, their design and naturally their flavour.