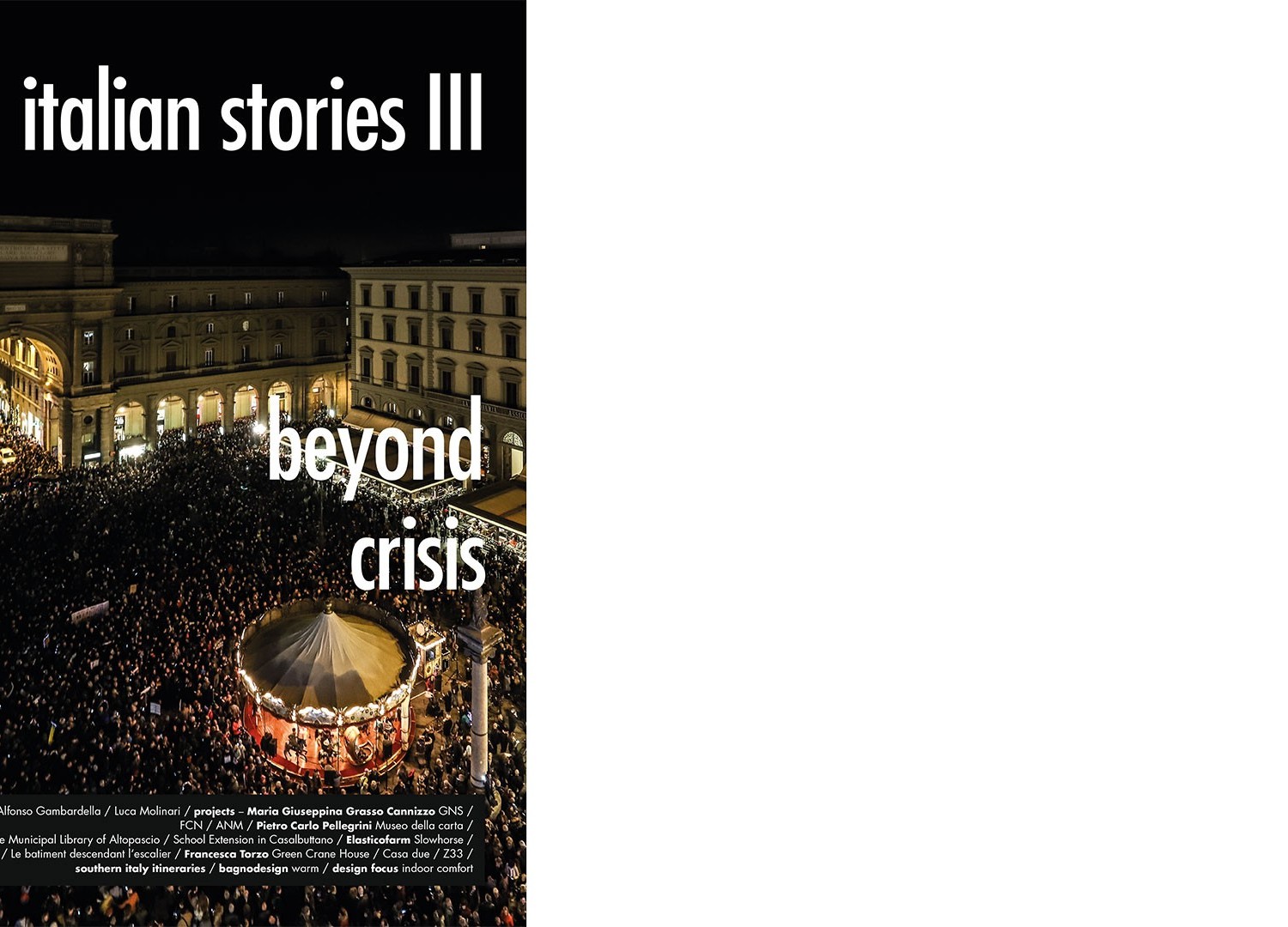 Italian visions
There is no doubt that Italy is going through a critical moment from an environmental point of view, which manifests itself mainly through a precarious hydrogeological equilibrium aggravated by the lack of maintenance and control of the territory and its infrastructures, as is sadly revealed by disruption and collapse, alas increasingly frequent. This is a condition of particular fragility, due to the aggression of the territory that developed in our country following the second post-war period with devastating effects visible today. The response of the architectural culture was not initially ready to understand these difficulties and for decades it dealt with issues that were not focussed on a situation, which only now appears sadly evident. However, in recent years the architectural debate the in Italy seems to show a renewed vitality, both for the presence of designers summoned to work in different parts of the world and for a reflection that comes from having understood the theme of the landscape as a true internal emergency. As often happens in our country, we need to find ourselves in a complicated condition and sometimes hit rock bottom to be able to awaken consciences and get the best in terms that are also creative and proactive on the part of a culture often culpably distracted or even self- referential. It is a general condition that unfortunately – and in some ways fortunately – architecture cannot escape. Thus, after a long period of marginalisation of our architectural culture with respect to the international debate, a new awareness seems to affirm itself in Italy that acts in connection with current problems. There are numerous people, for instance, who orient their research and observations that contrast with the prevailing homologation of thought, with globalisation and the massification of the architectural image; a measured work on identity and differences capable of learning from the exceptional cultural perspectives of specific contexts. In the same way, a careful analysis of the relationship between architecture and nature has also been going on in Italy for years – Paolo Portoghesi has even made a magazine ahead of its time and that has been able to shift new consciousnesses and research fields – ranging from the necessary obsession with planting trees to blend them in with buildings, to the careful evaluation of the relationship between built elements and the landscape: between nature and artifice. A relationship that must return to its equilibrium through the re-naturalisation of what we have built in a senseless and superficial way in the last few decades. Even in terms of language, as long as this makes sense in such a complex and articulated era, Italian culture today seems more impervious to fashion and mannerism than it used to be. For these reasons, although Area is an international magazine, it is right to pay attention to Italian architecture which, in addition to the protagonists, shows only apparently lateral figures that know how to grasp the importance of today‘s problems.