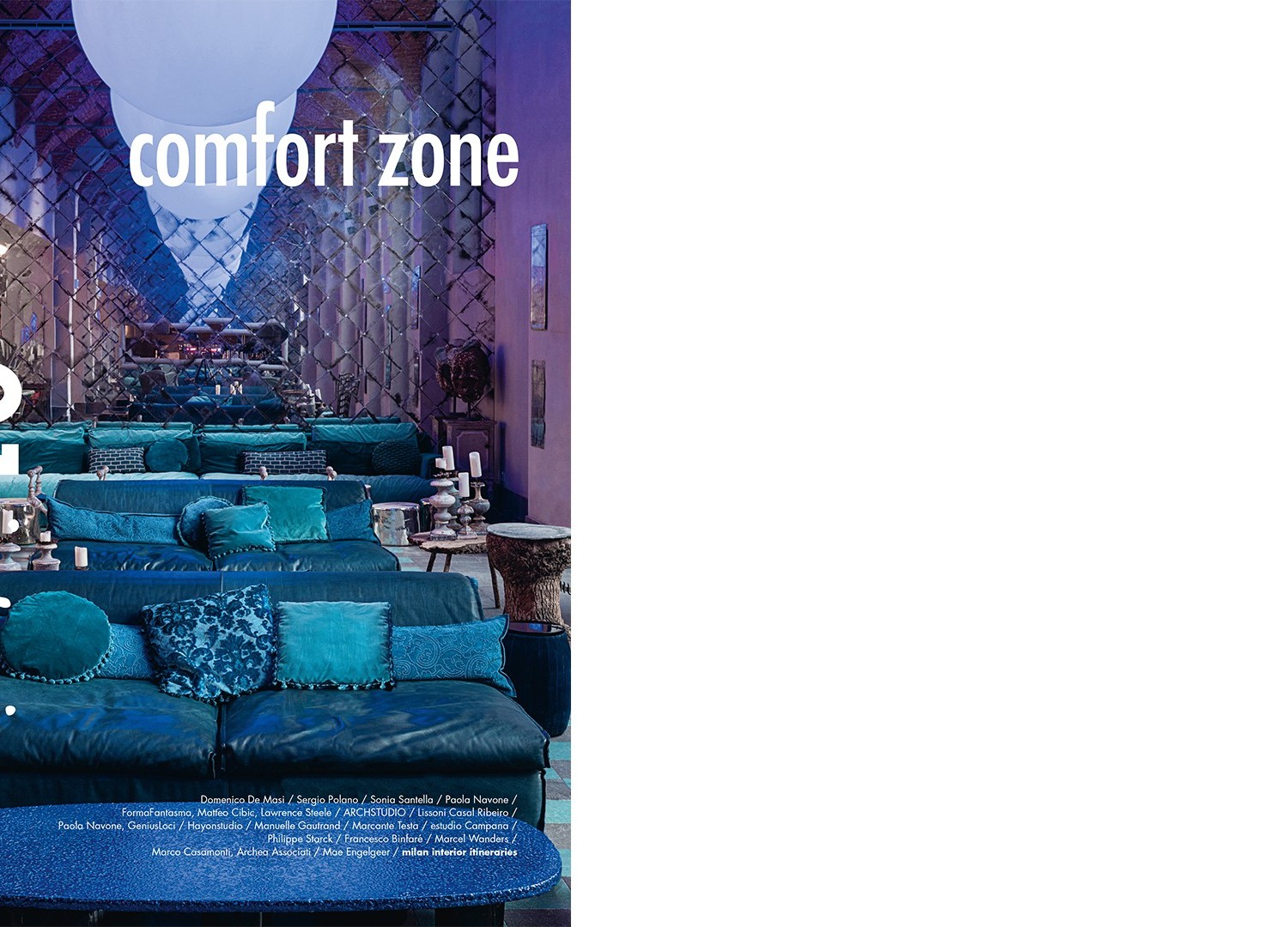 Within the art of the project, every project is an interior or, more exactly, the drawing of a place that is always inside another, up to the end of the universe of which we know what it encloses, while we have no way of knowing what is outside it. But without evoking scenarios on the edges of knowledge that belong to the realms of physics and astronomy, we can recognize that there is a scaling in architecture according to which a space, for example the apartment in which we live, is nothing more than an inner part of a building, while the building is simply the inner part of a block, which is part of a district and so on through the city and the landscape. For this reason, the disciplinary distinction between architecture and interior design, while it does not exist in terms of vision – how could we overlook the axiom according to which the architect designs everything from the teaspoon to the city – it remains functional to define one dimension of living and of the quality of life that studies domestic settings on the scale of the micro-dimension of the object and of the house but, inevitably, these studies relate to phenomena and behaviors of those who experience the city in terms of the macro-analysis of urban systems. Macro and micro are, indeed, dimensional categories that we now see fit perfectly one on the other and are utterly interconnected. We need only consider our way of designing by means of a tool – the mouse – that allows us to zoom in or out, to observe our design while we are designing it, as both infinitely small and infinitely large. What is in play, however, is not merely a distinction of field or of a profession based on the size of the project, a distinction already rejected by Rem Koolhaas in his celebrated volume “S, M, L, XL“, so much as a humanistic and across-the-board view of the designer, a view that is both Renaissance and modern, contrasting with the extreme and vertical specialization of the project. If it is true, as it is, in fact, that architecture is art, then it becomes impossible not to recognize, in its self-expression, any dimensional or instrumental perimeter contrasting it, as art, with the professional specialties that separate the action from the thought, the solution from the vision, the grouping of objects and shapes from their composition. In our culture of origin, both Michelangelo and Le Corbusier are sculptors, painters, architects, interior designers, industrial designers, lighting experts, even writers and poets, and it is difficult to agree that there can be sectors of the project that refer exclusively to a single professional dimension (the interior decorator, the landscape designer, the lighting designer, etc.) which preclude a global vision of life as it is lived. As these pages have repeatedly pointed out, the editorial and cultural policy of Area advances the intellectual dimension over the essential but purely instrumental technical-professional dimension, the overall ability ahead of the fragmentation of knowledge, the specialization of the trade over the extreme separation of disciplinary sectors, with the awareness that the final outcome must inevitably come back to the unity and harmony of the project. For these reasons, and also to fill an editorial gap that plagues the world of periodicals dealing with architecture and design, we decided to devote our attention, in alternate issues, ten for now (which exceeds the traditional publication every two months) to the most minute dimension of domestic space so that our connection to and research on the subject of the city and the home are more interconnected. If that need is expressed in the reflection of a society and thus of a way of living that is increasingly complex and specialized, it also responds to the need to study ourselves in completely hybrid environments where the global and local come together, mixing and alternating as they do in so many other spaces and categories, from the large to the small, from the real to the virtual, in a world where never before now has there been such an urgent need to overcome barriers and divisions.