The site is surrounded by the unique hills of Chianti, covered with vineyards, half-way between Florence and Siena. A cultured and illuminated customer has made it possible to pursue, through architecture, the enhancement of the landscape and the surroundings as expression of the cultural and social valence of the place where wine is produced. The functional aspects have therefore become an essential part of a design itinerary which centres on the geo-morphological experimentation of a building understood as the most authentic expression of a desired symbiosis and merger between anthropic culture, the work of man, his work environment and the natural environment. The physical and intellectual construction of the winery pivots on the profound and deep-rooted ties with the land, a relationship which is so intense and suffered (also in terms of economic investment) as to make the architectural image conceal itself and blend into it. The purpose of the project has therefore been to merge the building and the rural landscape; the industrial complex appears to be a part of the latter thanks to the roof, which has been turned into a plot of farmland cultivated with vines, interrupted, along the contour lines, by two horizontal cuts which let light into the interior and provide those inside the building with a view of the landscape through the imaginary construction of a diorama. The façade, to use an expression typical of buildings, therefore extends horizontally along the natural slope, paced by the rows of vines which, along with the earth, form its roof cover. The openings or cuts discreetly reveal the underground interior: the office areas, organized like a belvedere above the barricade, and the areas where the wine is produced are arranged along the lower, and the bottling and storage areas along the upper. The secluded heart of the winery, where the wine matures in barrels, conveys, with its darkness and the rhythmic sequence of the terracotta vaults, the sacral dimension of a space which is hidden, not because of any desire to keep it out of sight but to guarantee the ideal thermo-hygrometric conditions for the slow maturing of the product. A reading of the architectural section of the building reveals that the altimetrical arrangement follows both the production process of the grapes which descend (as if by gravity)  from the point of arrival, to the fermentation tanks to the underground barrel vault and that of the visitors who on the contrary ascend from the parking area to the winery and the vineyards, through the production and display areas with the press, the area where vinsanto is aged, to finally reach the restaurant and the floor hosting the auditorium, the museum, the library, the wine tasting areas and the sales outlet. The offices, the administrative areas and executive offices, located on the upper level, are paced by a sequence of internal court illuminated by circular holes scattered across the vineyard-roof. This system also serves to provide light for the guesthouse and the caretaker’s dwelling. The materials and technologies evoke the local tradition with simplicity, coherently expressing the theme of studied naturalness, both in the use of terracotta and in the advisability of using the energy produced naturally by the earth to cool and insulate the winery, creating the ideal climatic conditions for the production of wine. 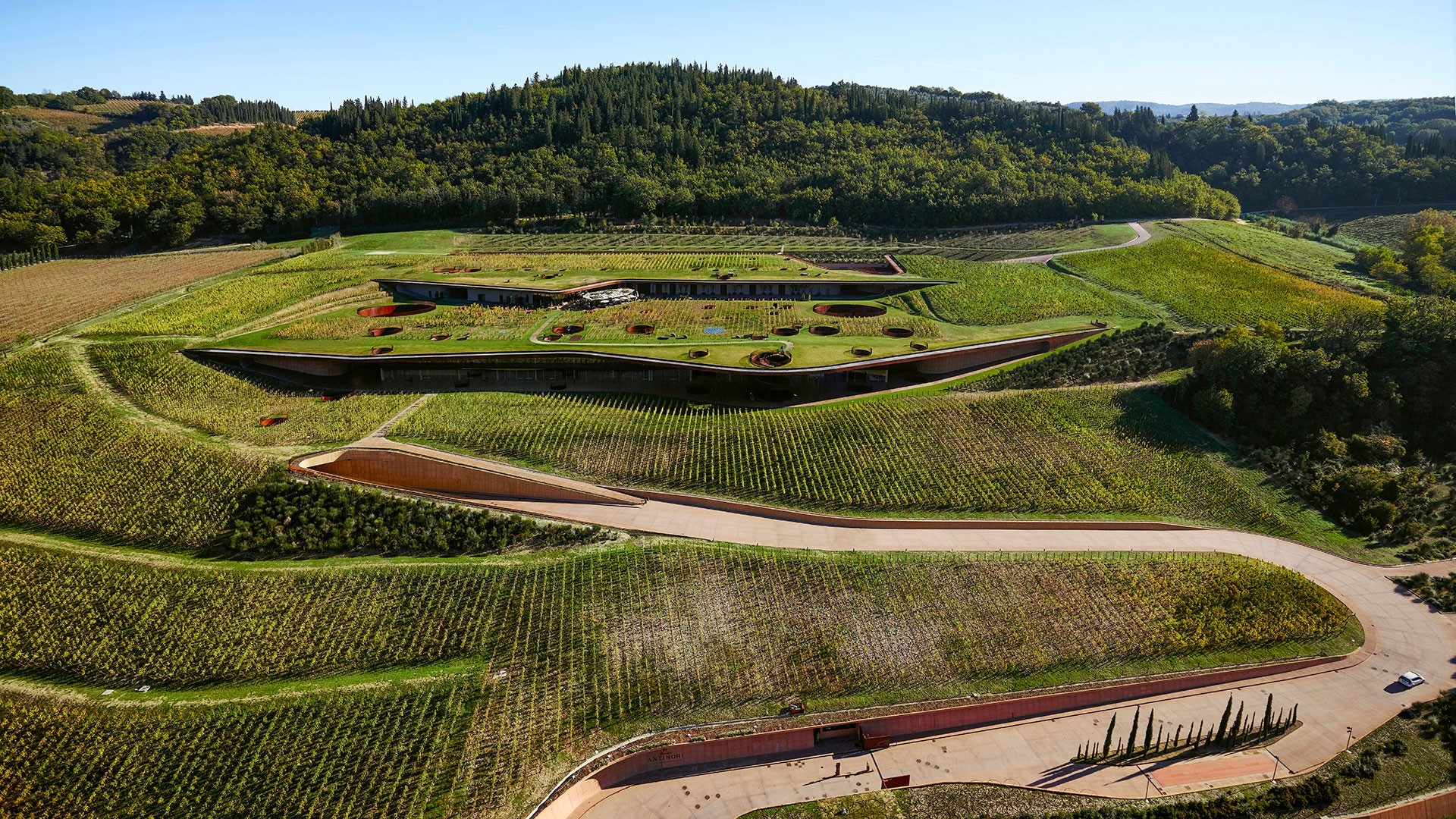 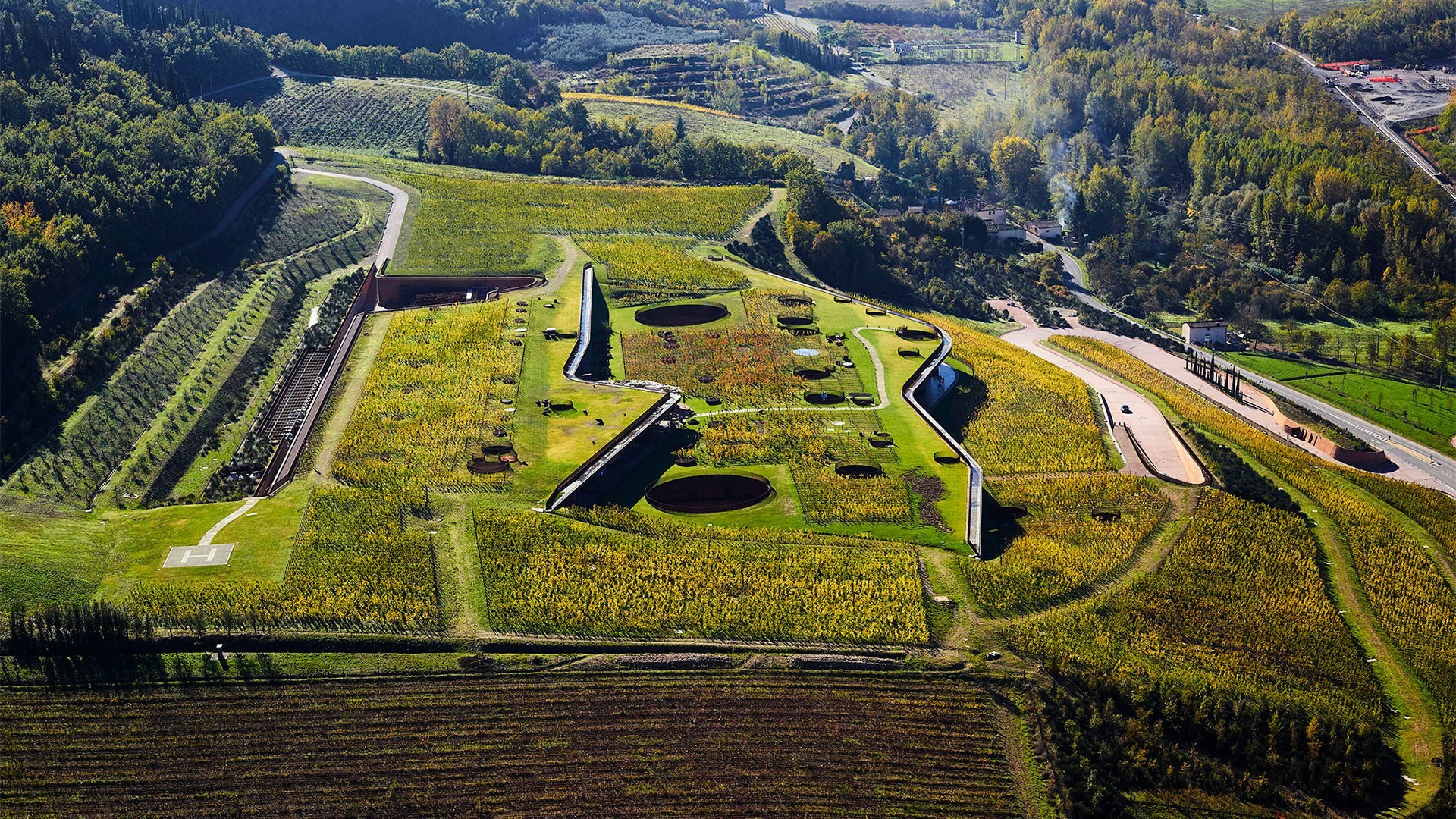 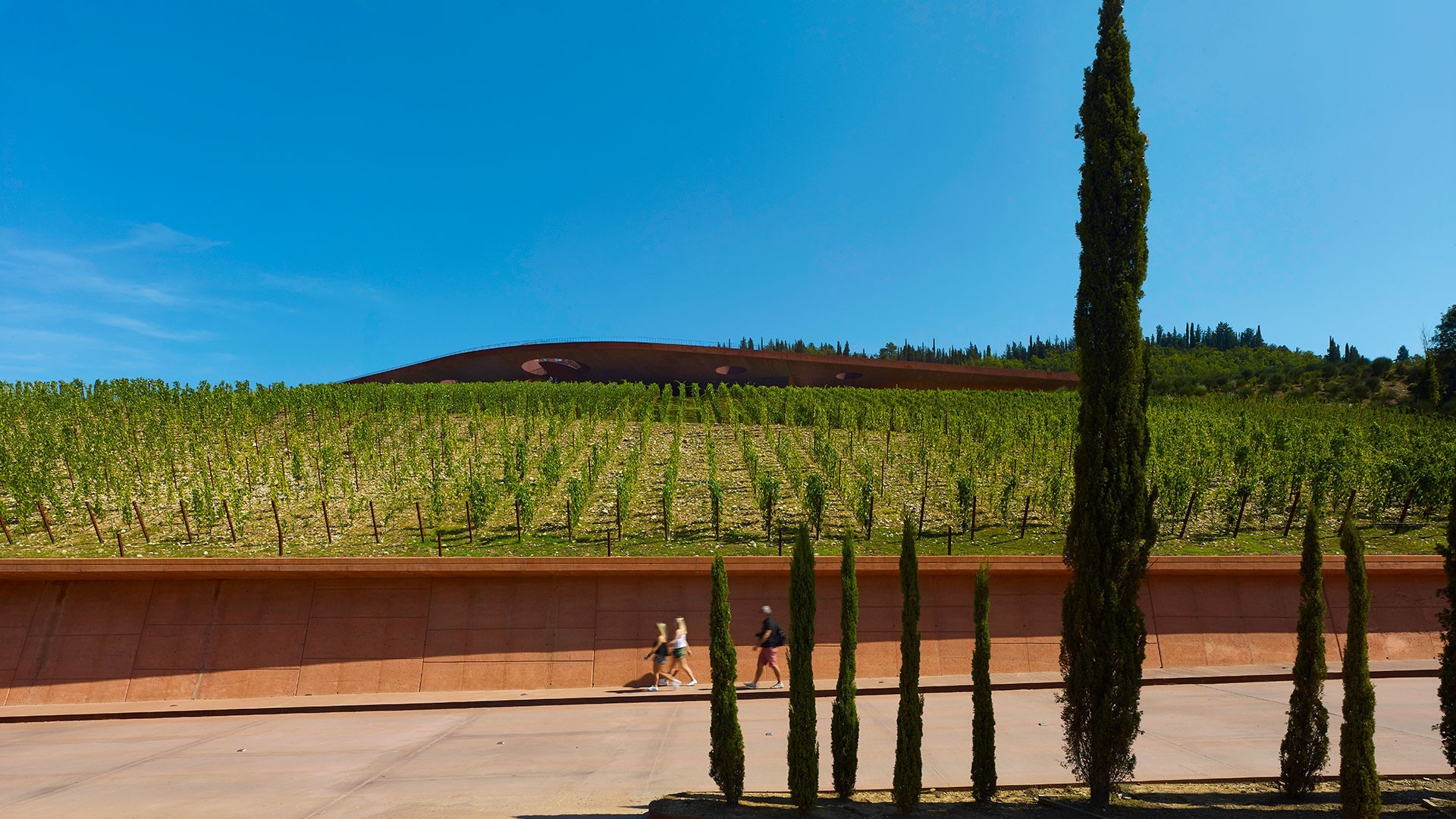 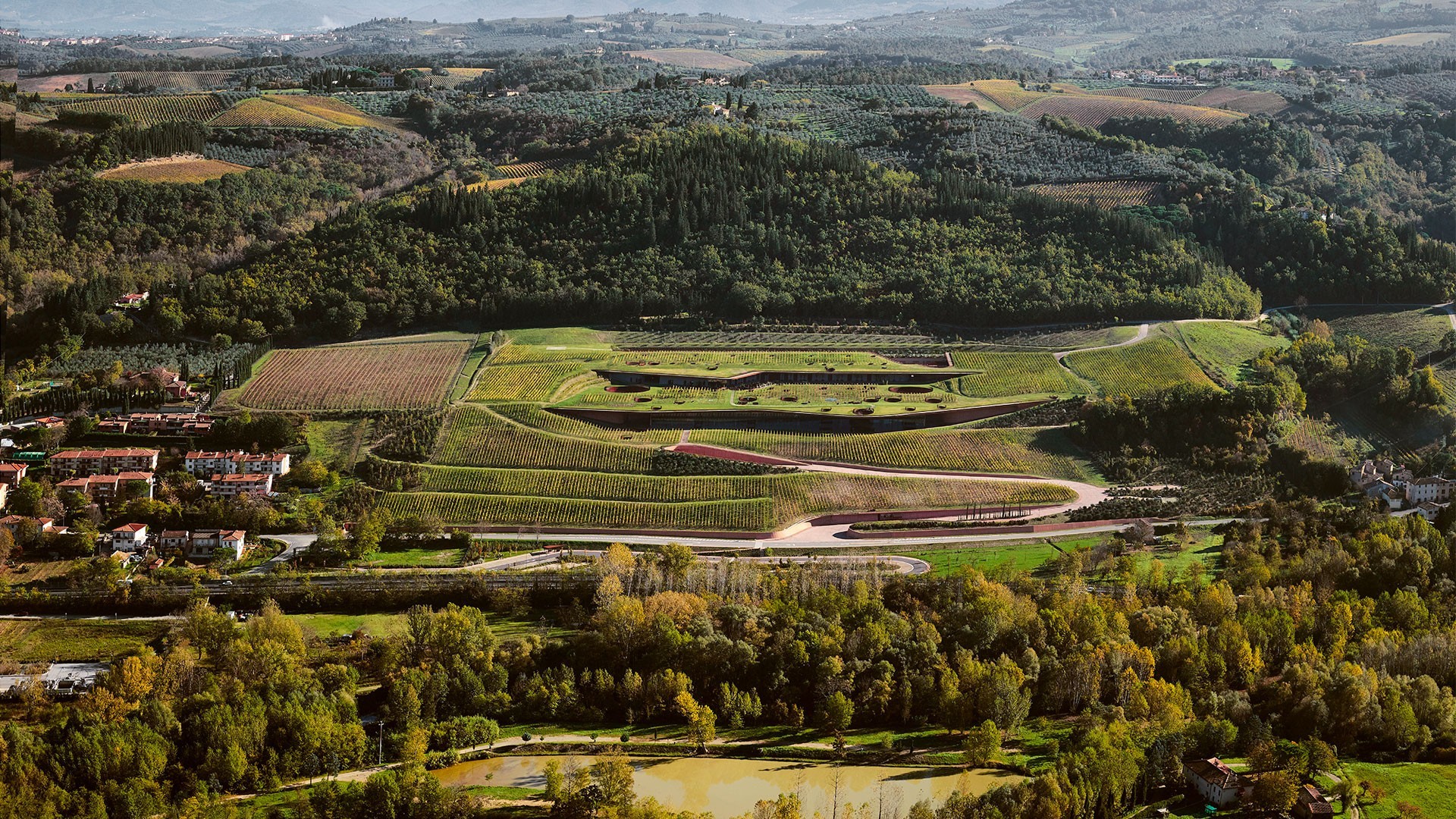 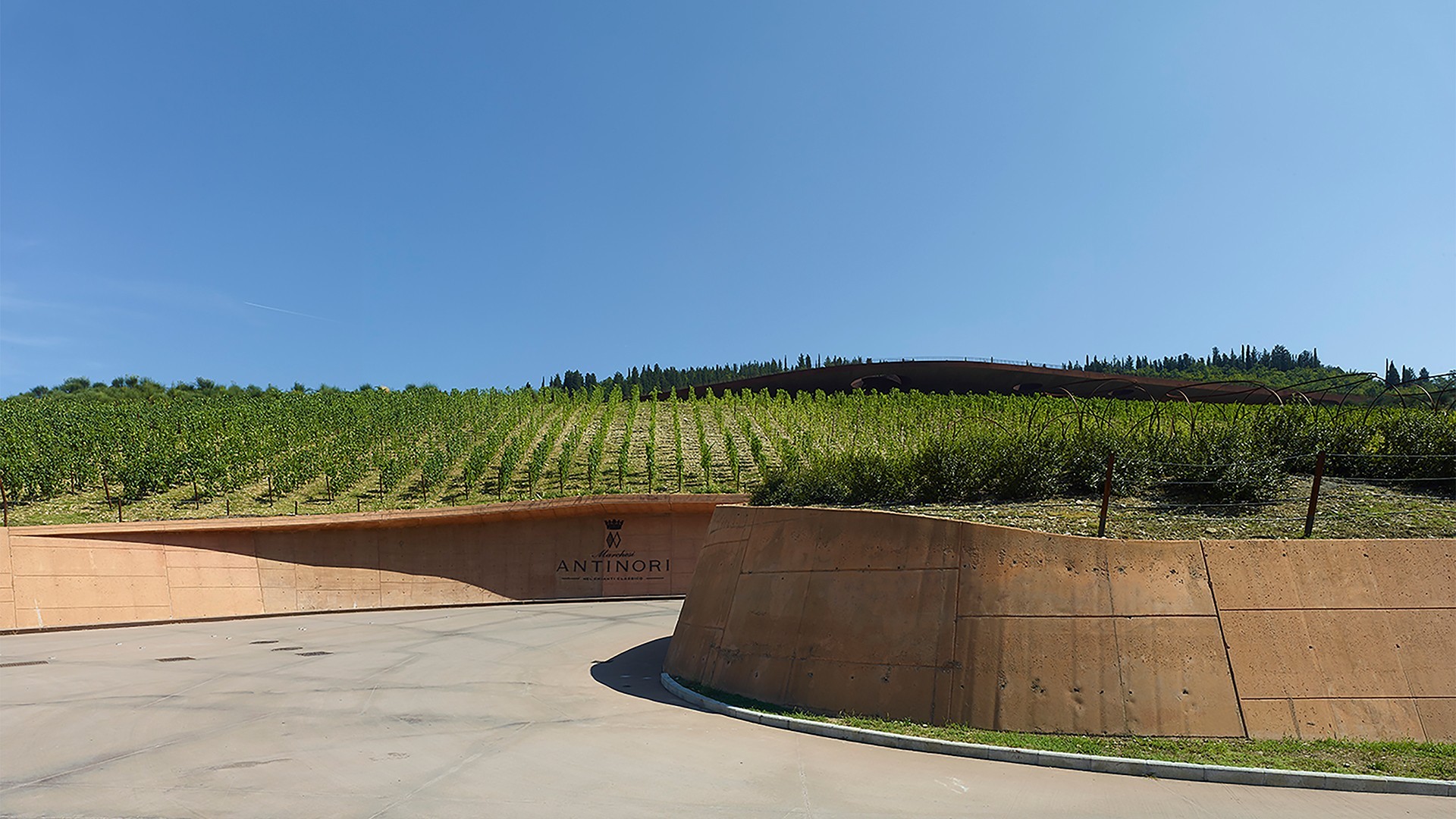 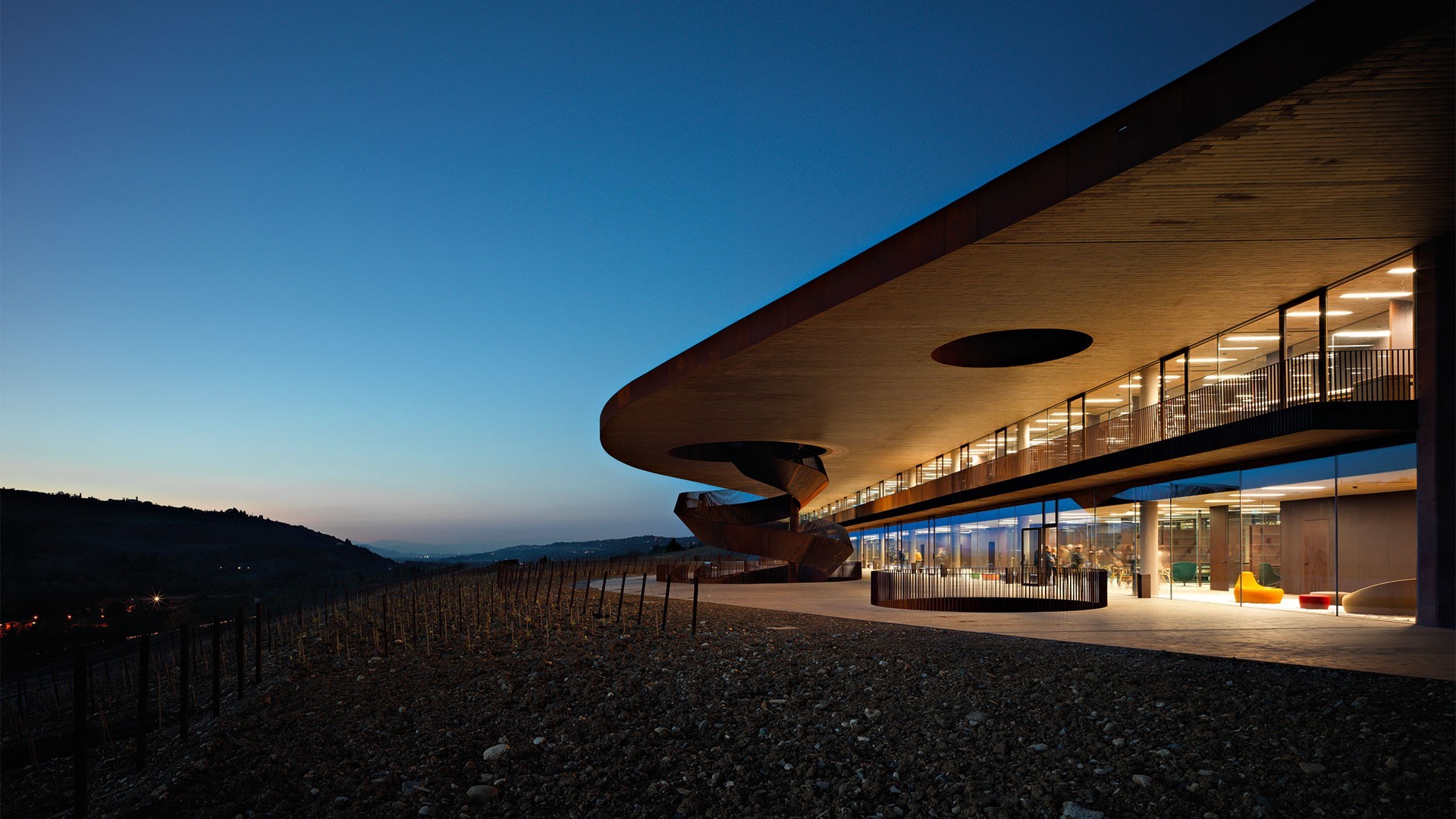 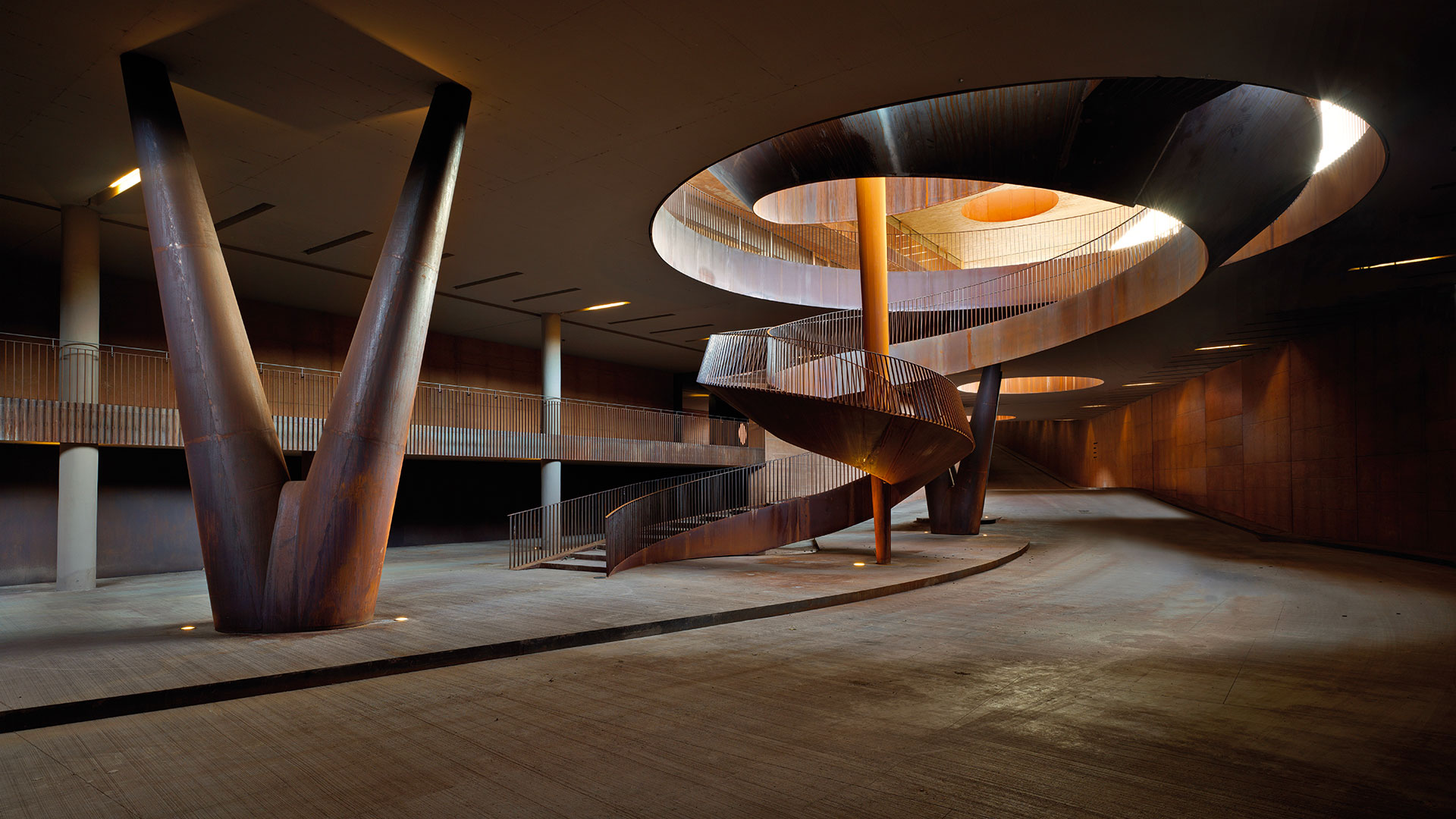 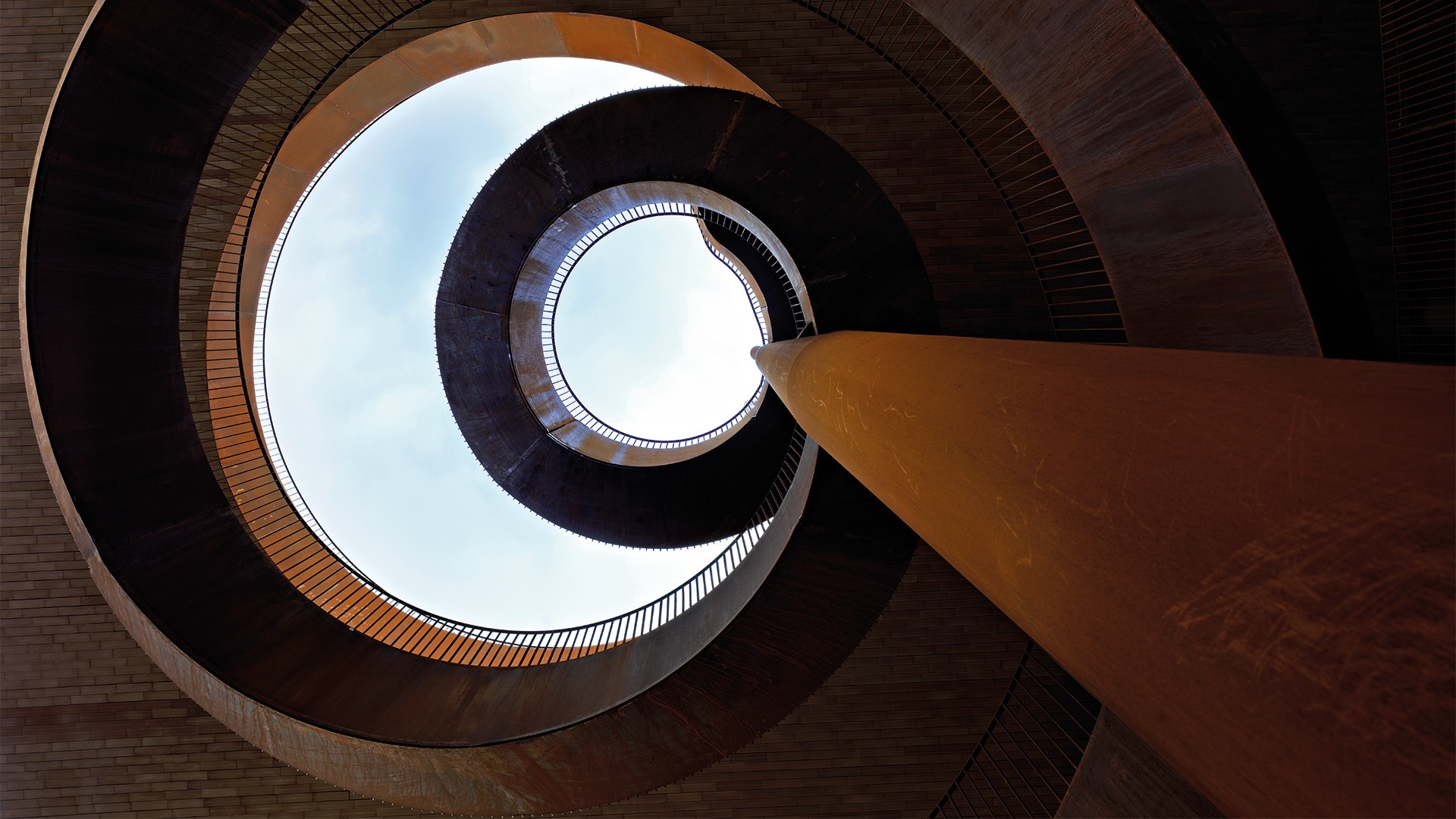 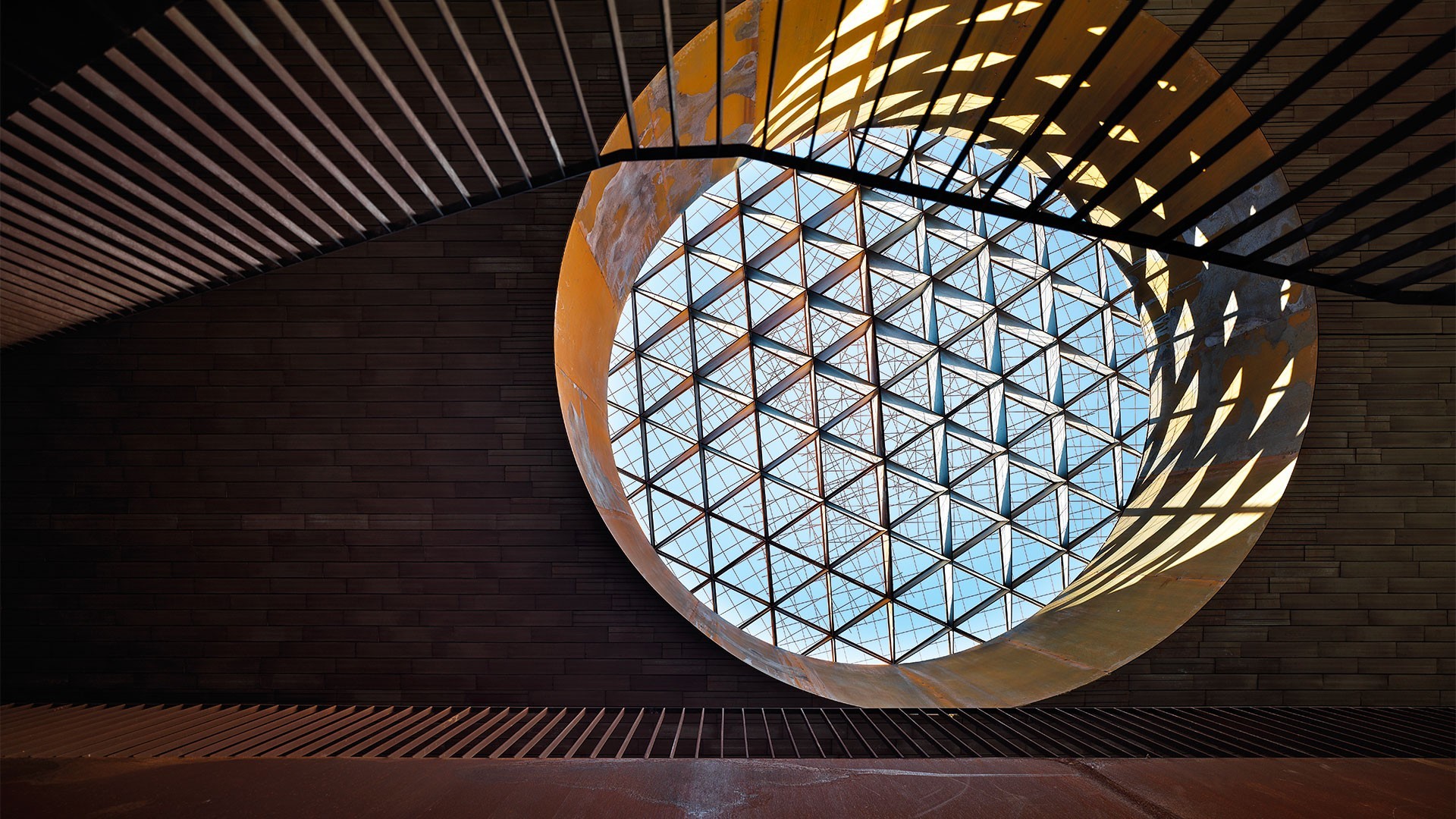 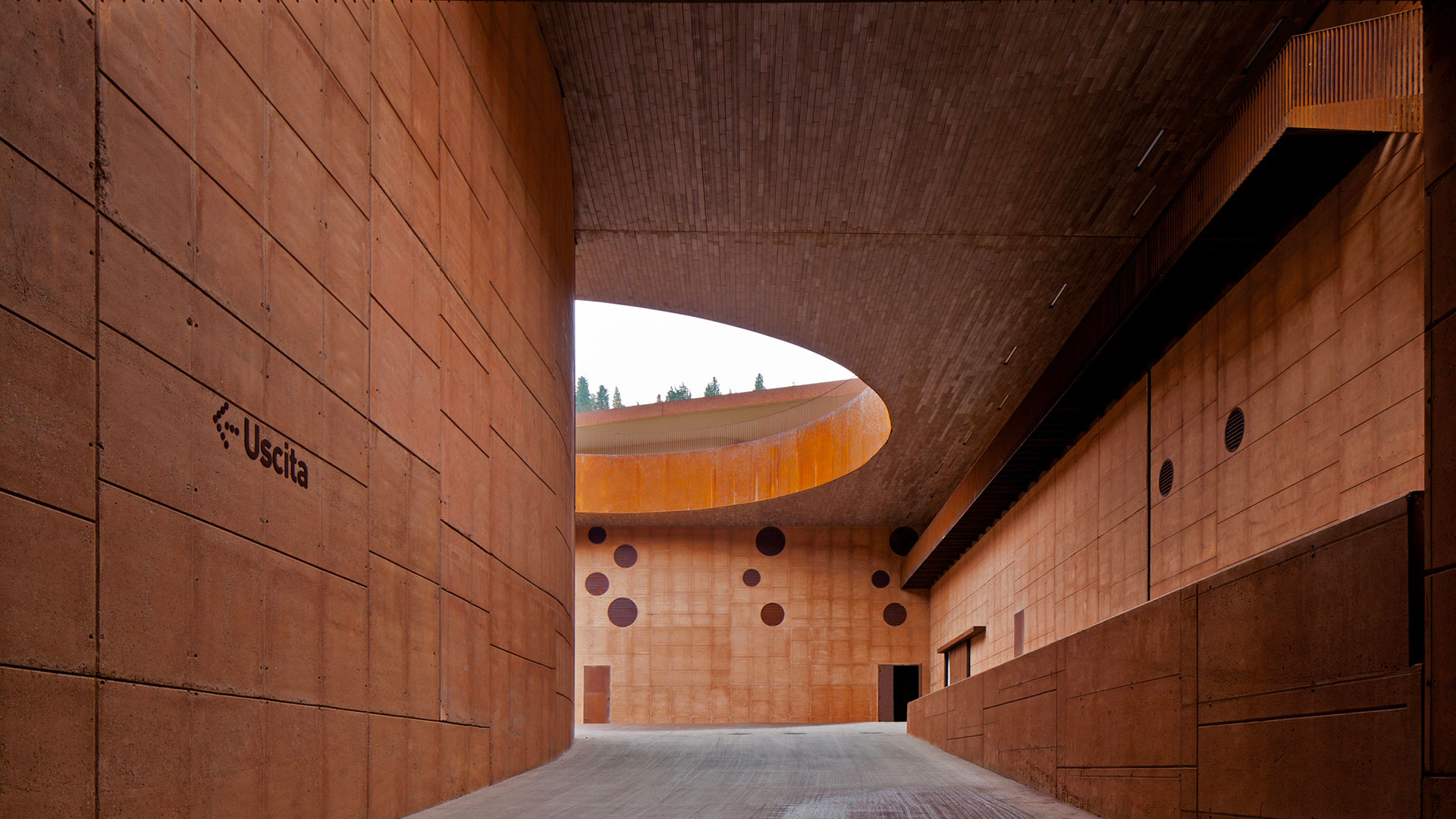 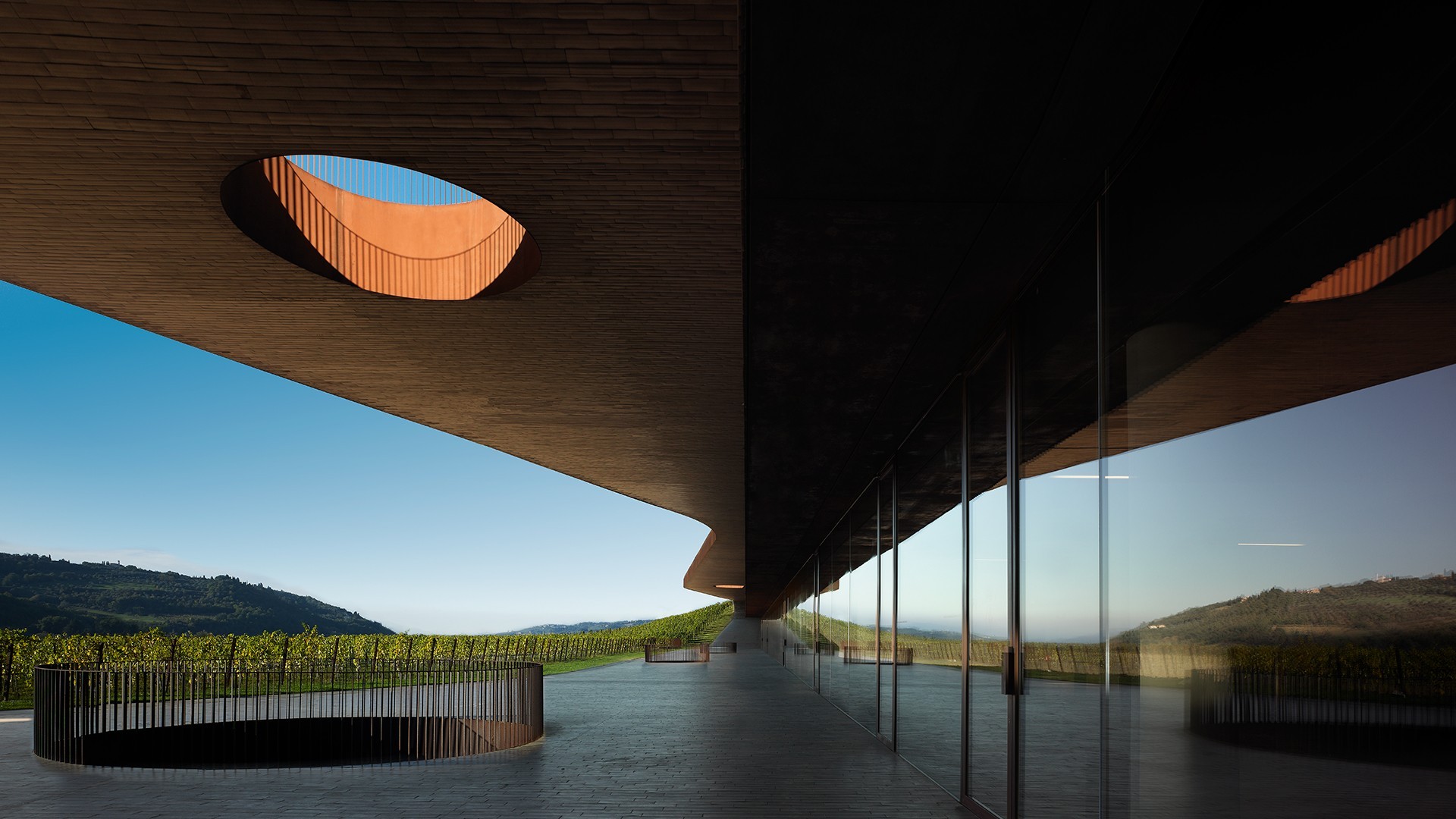 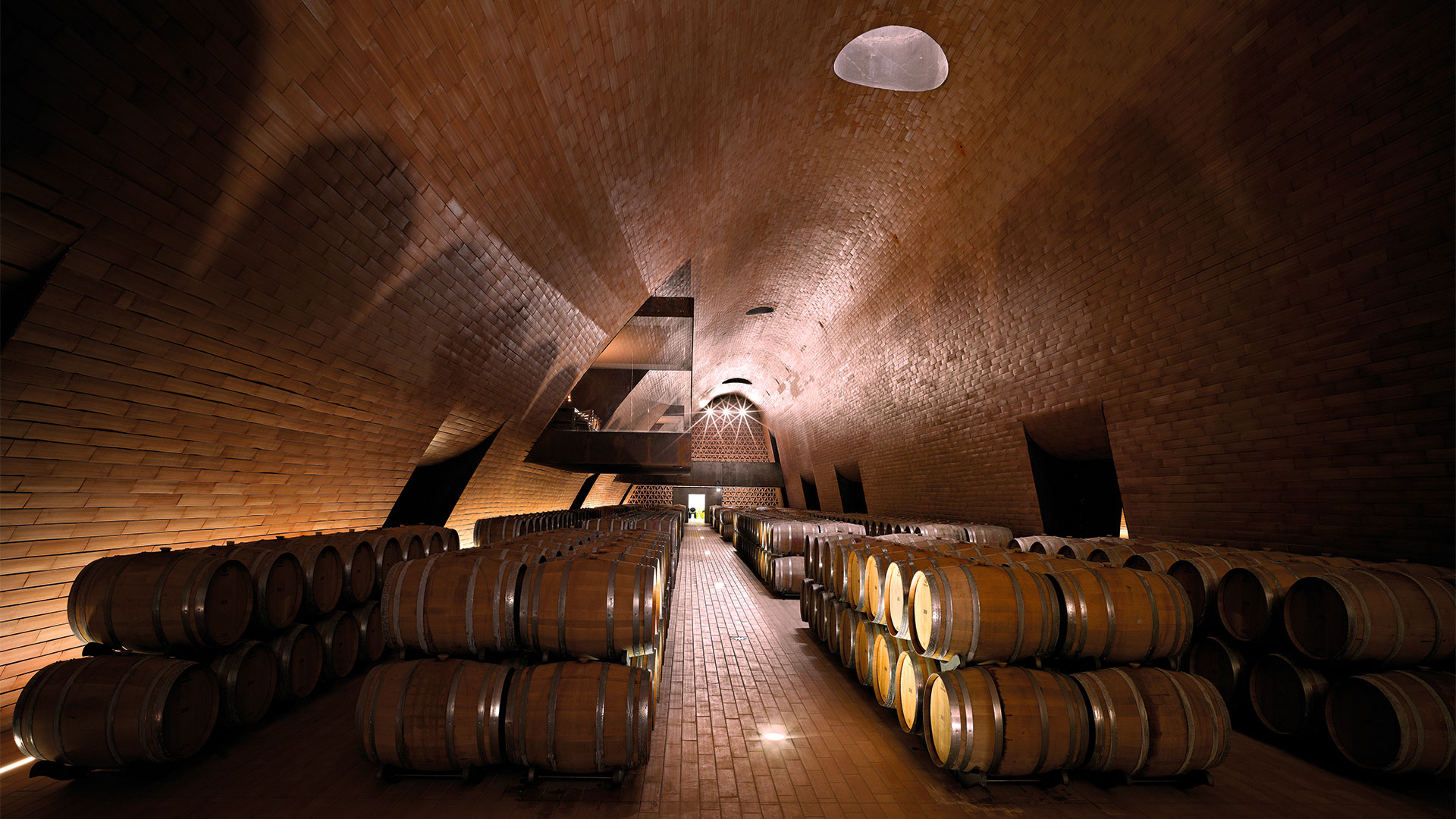 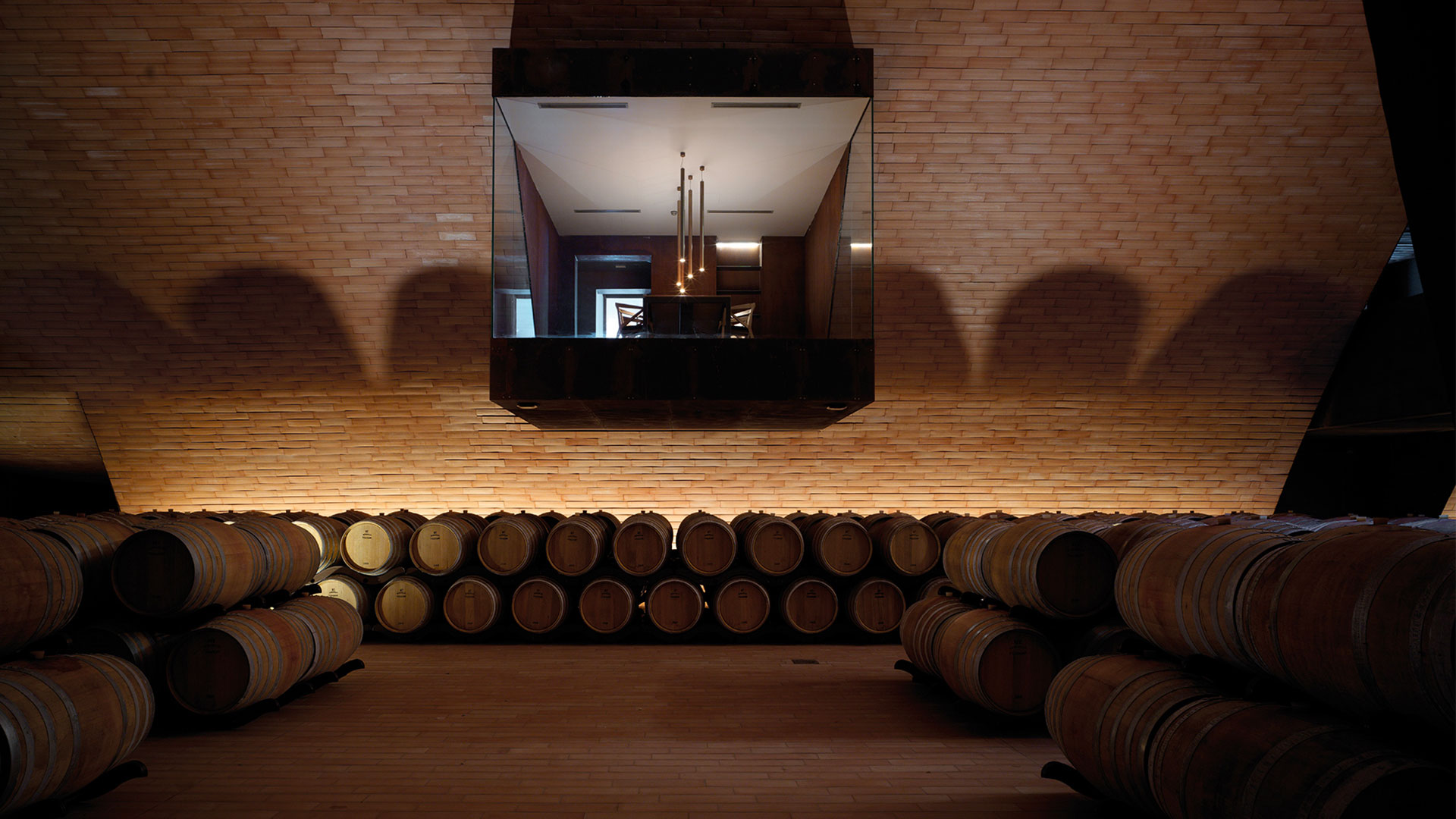 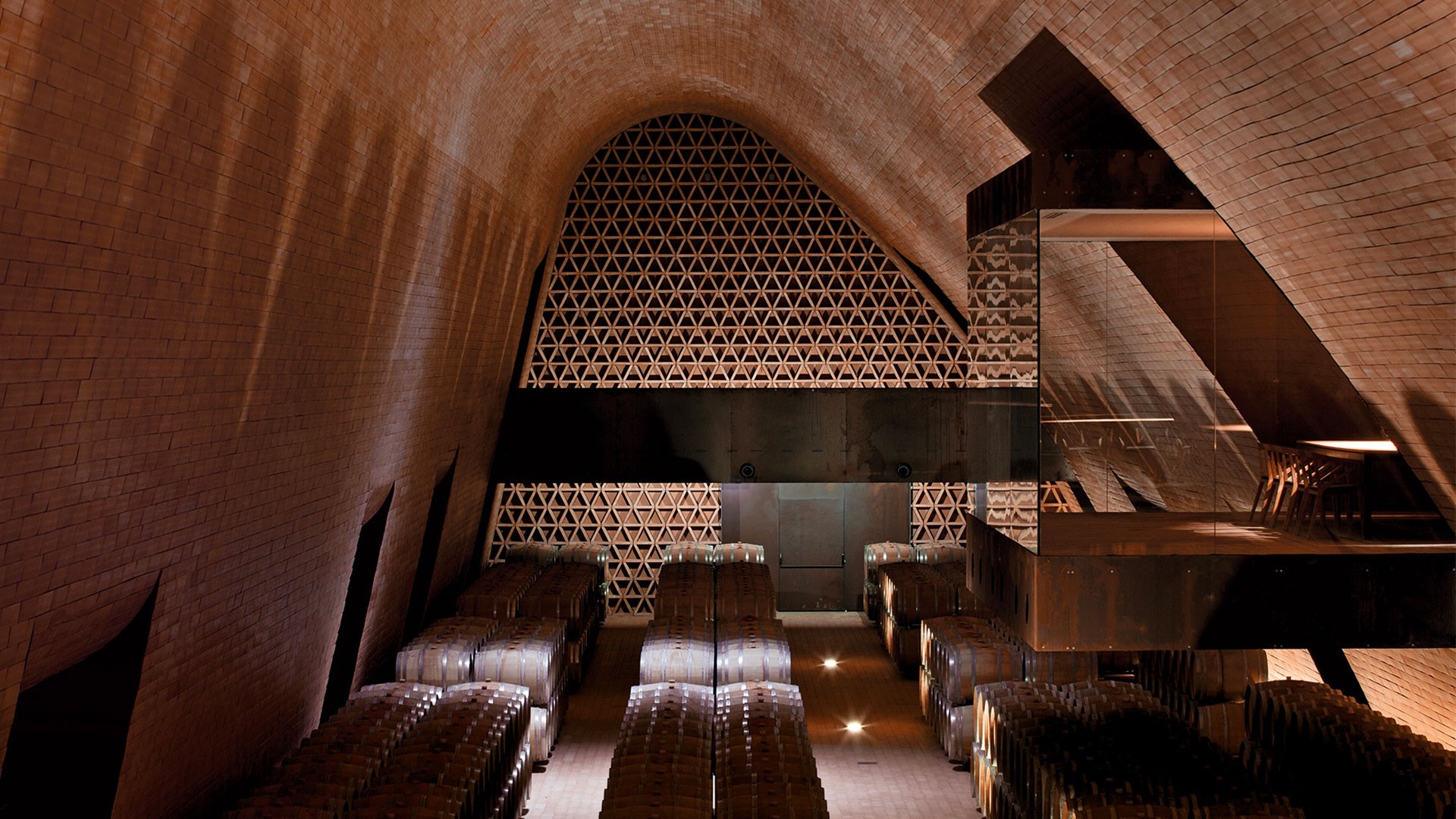 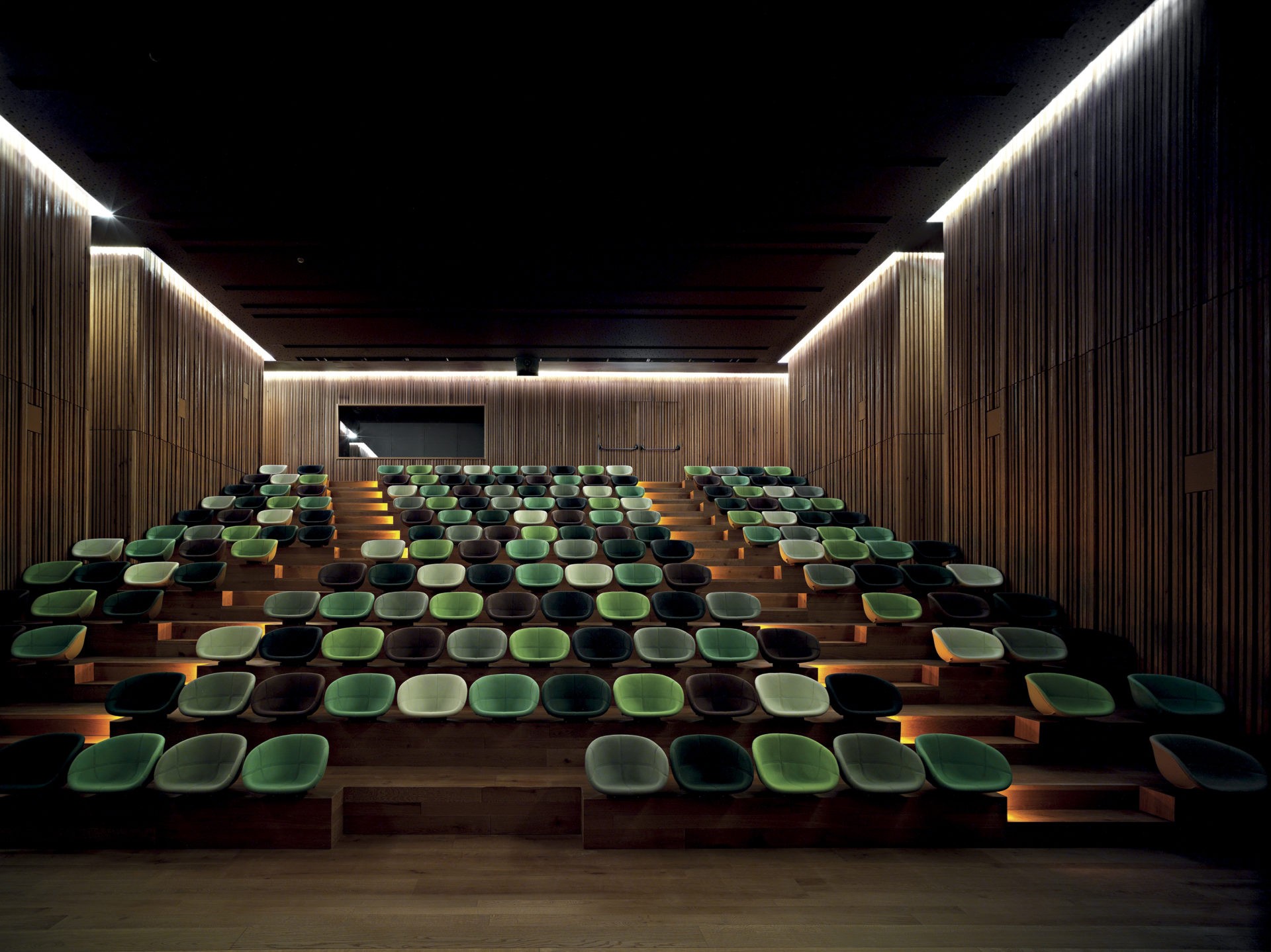 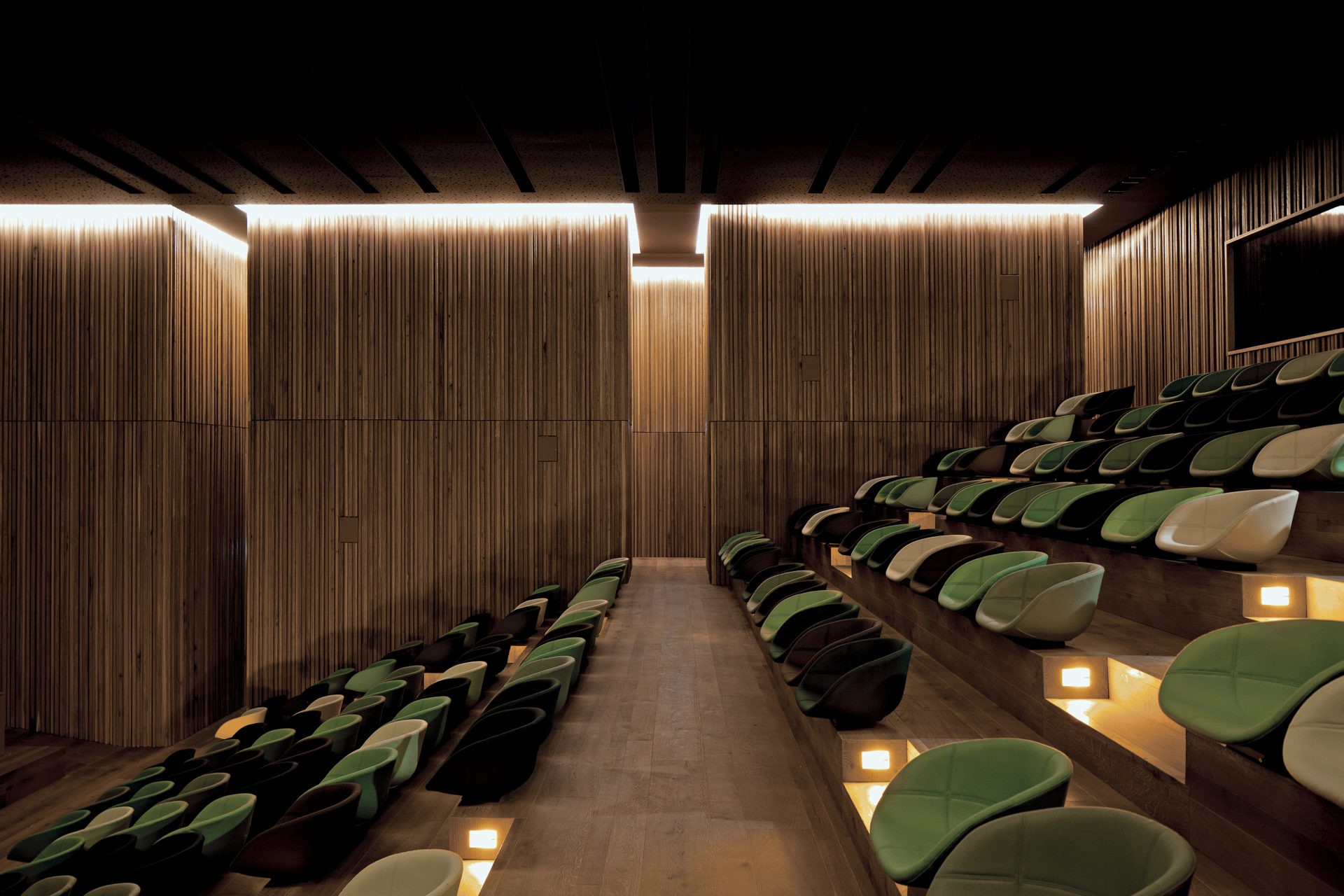 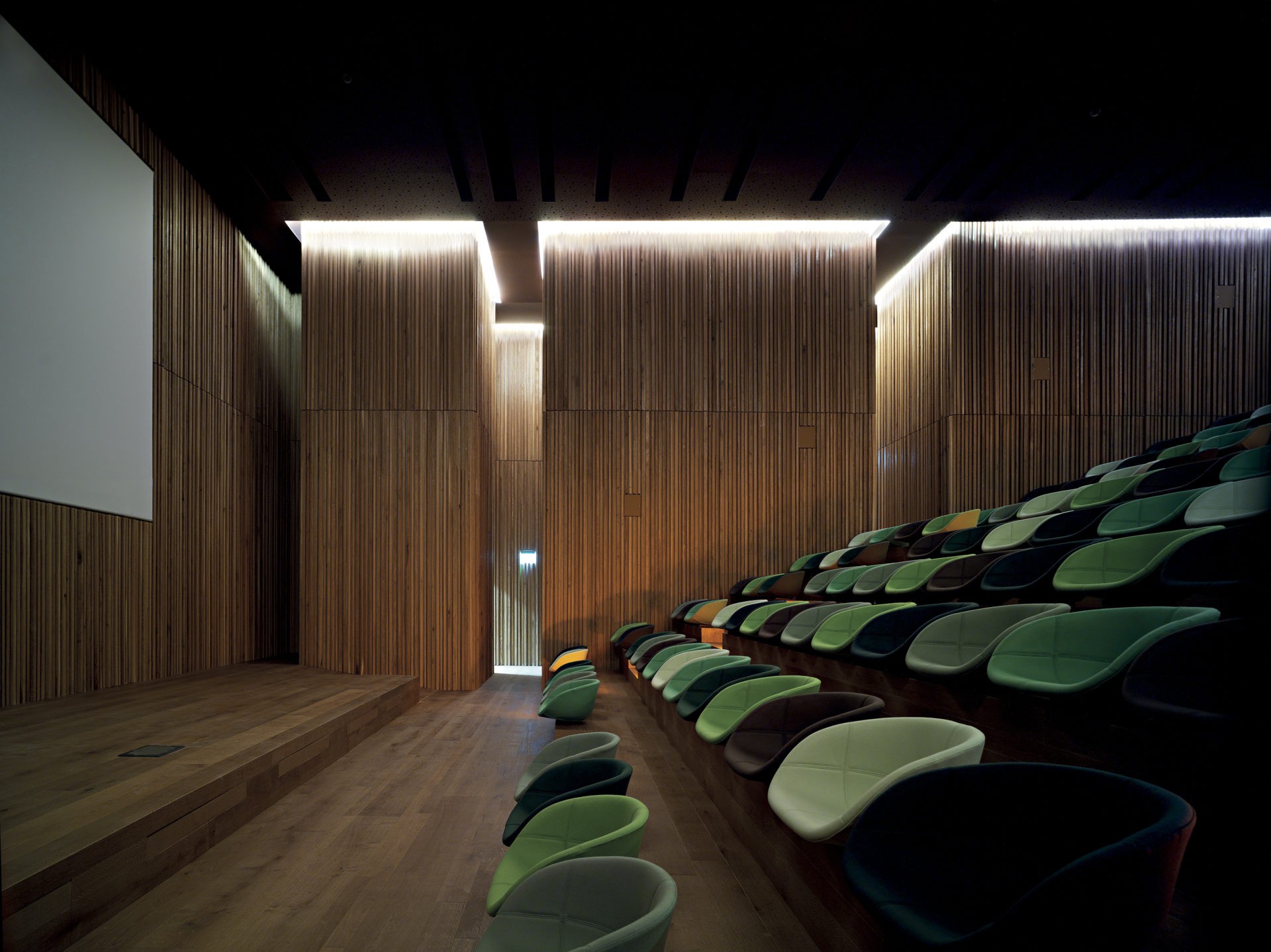 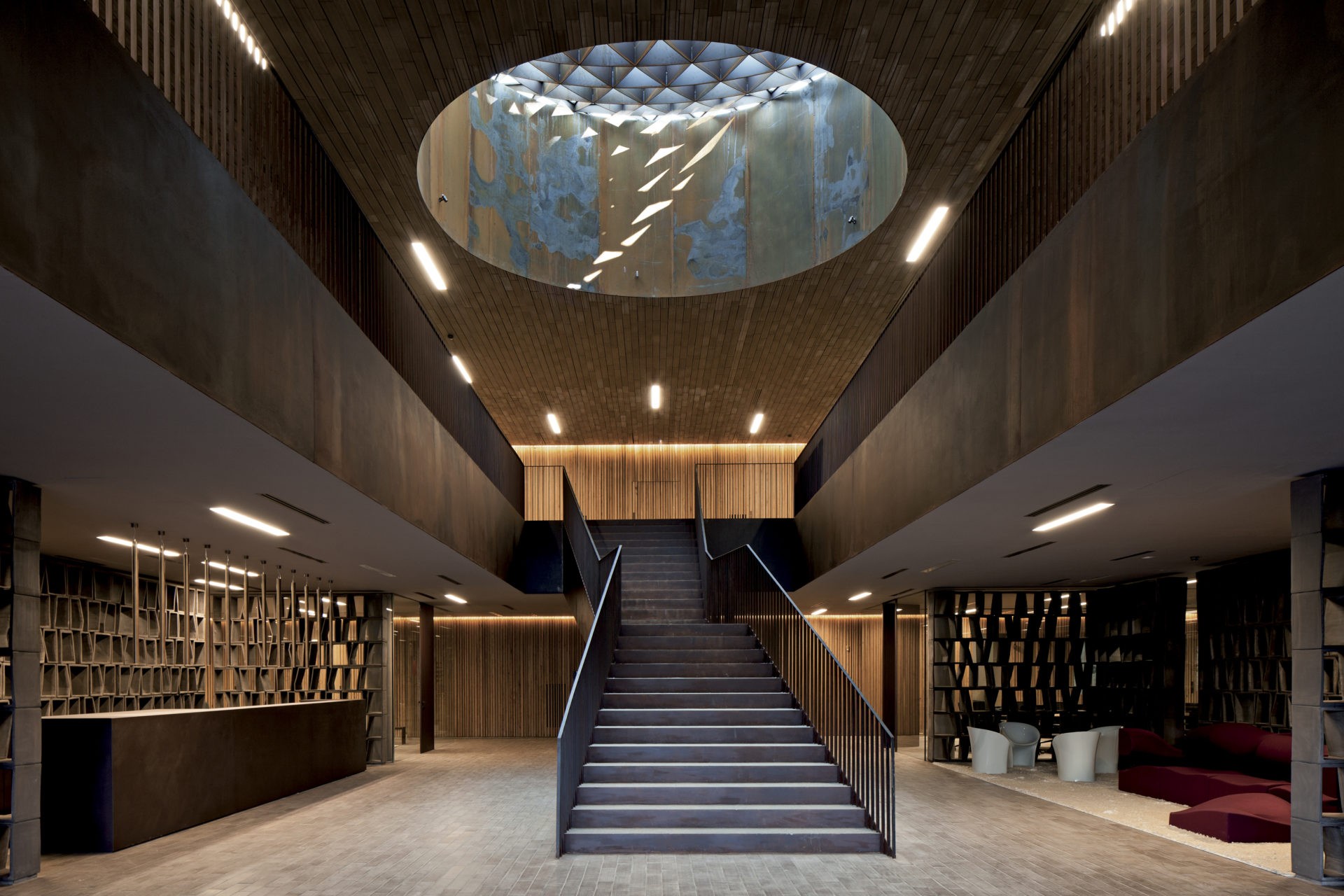 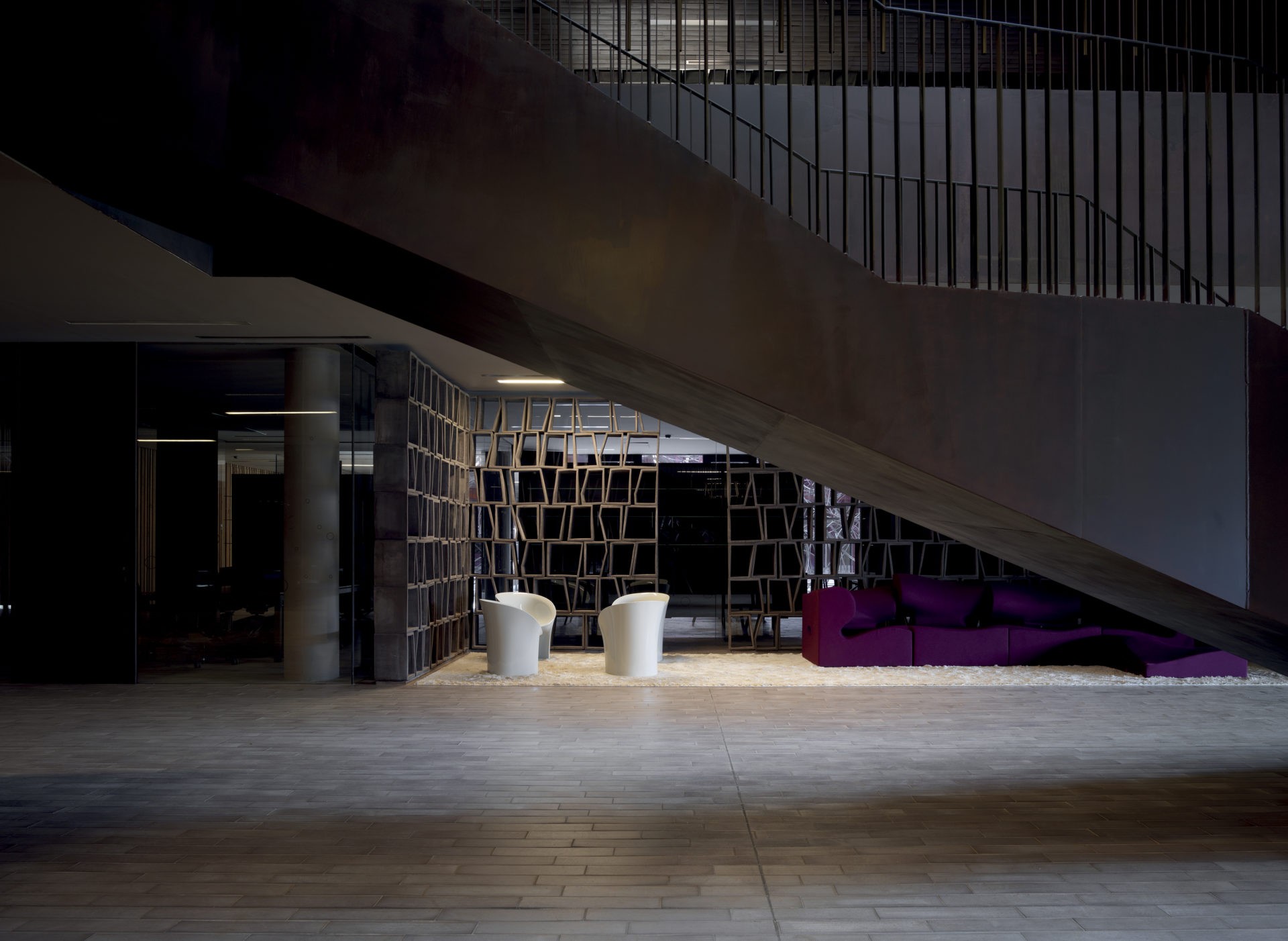 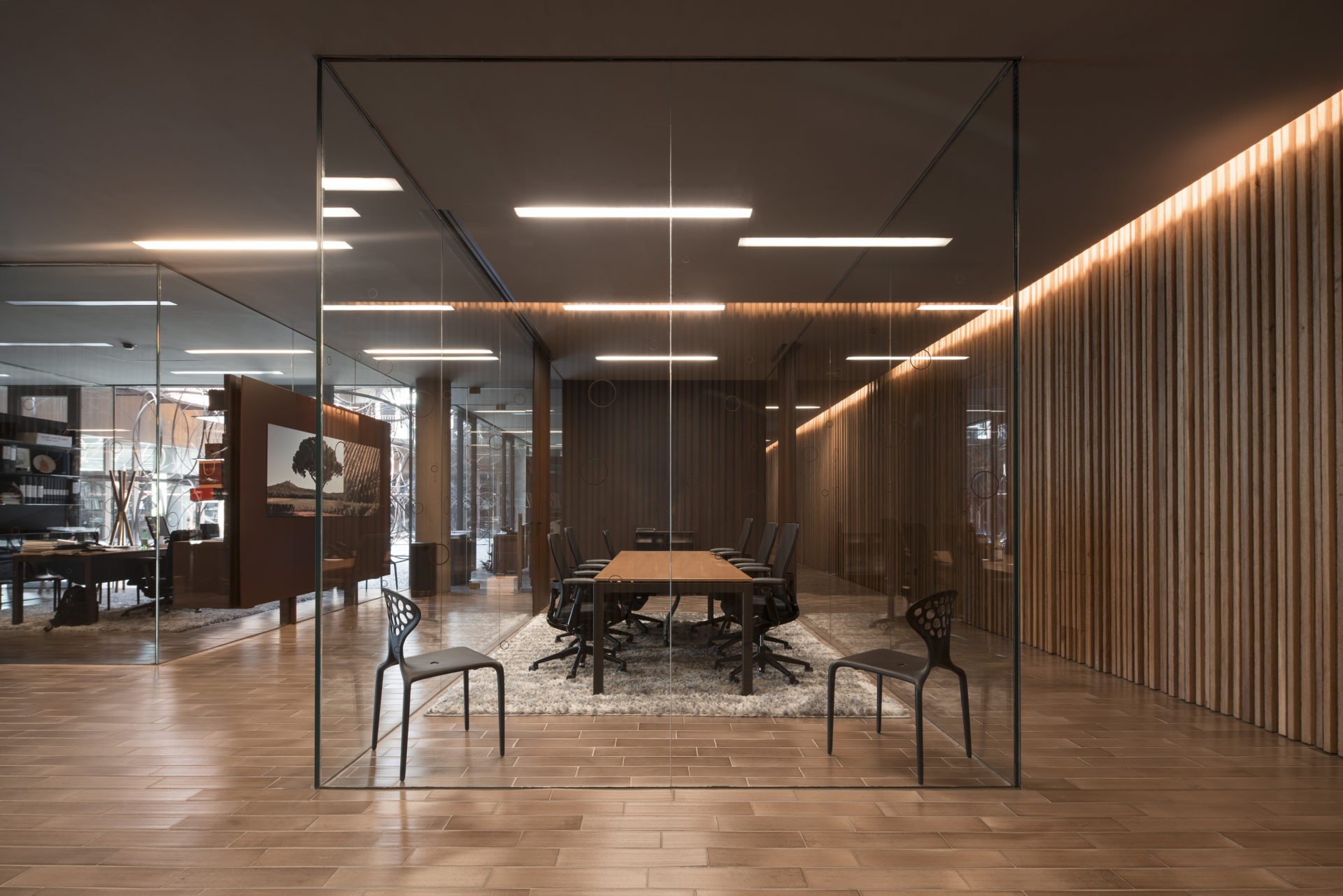 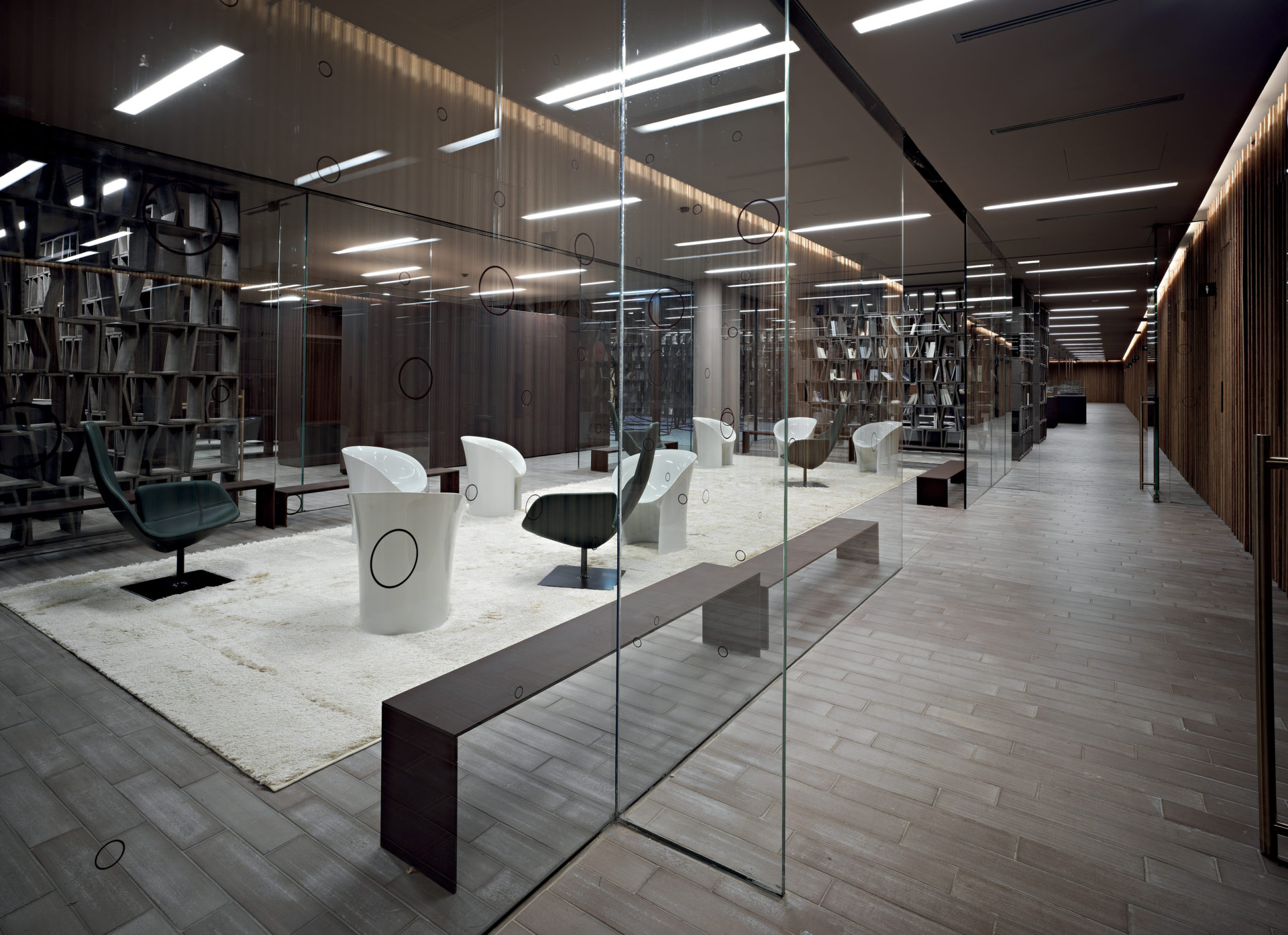 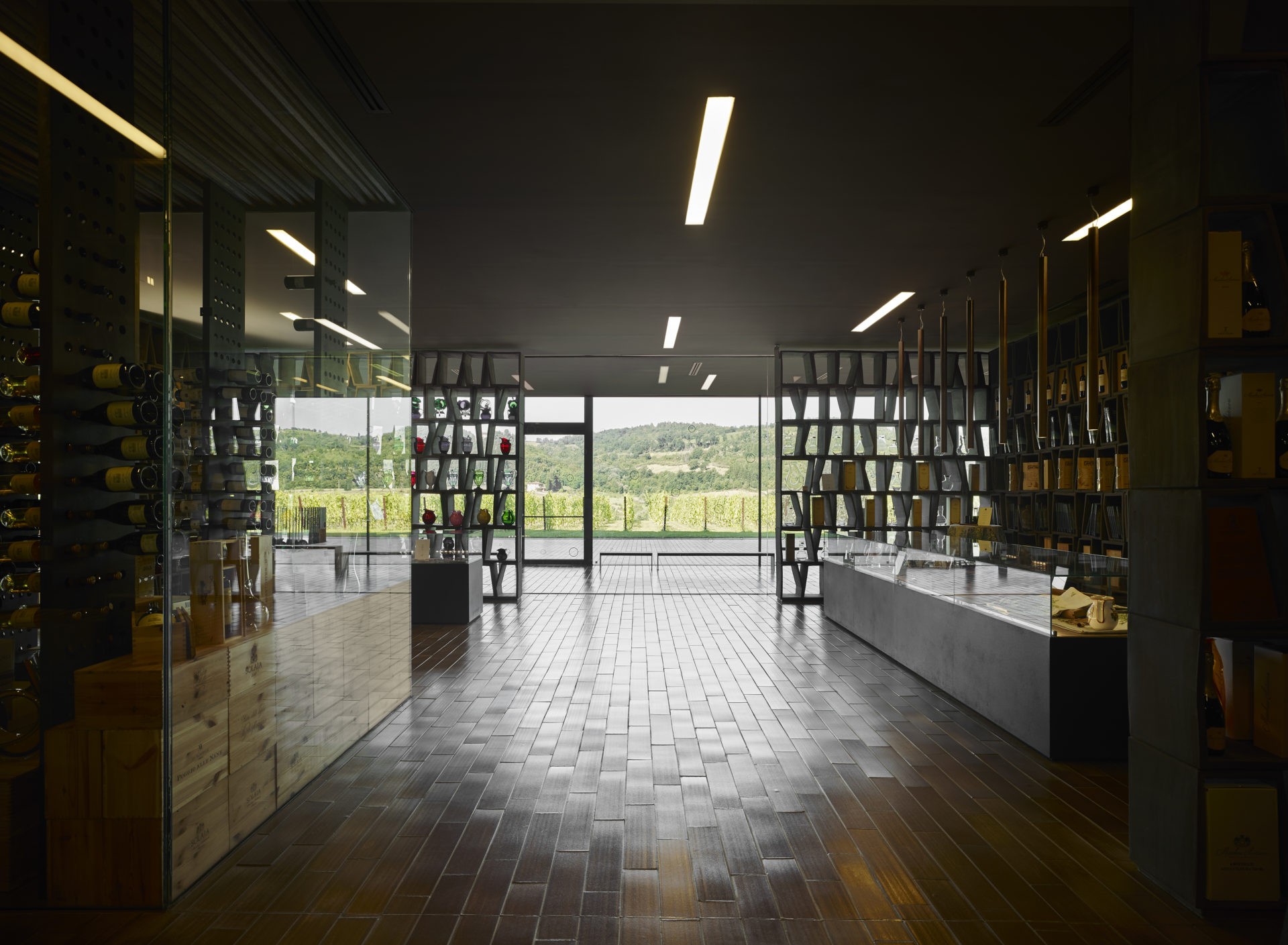 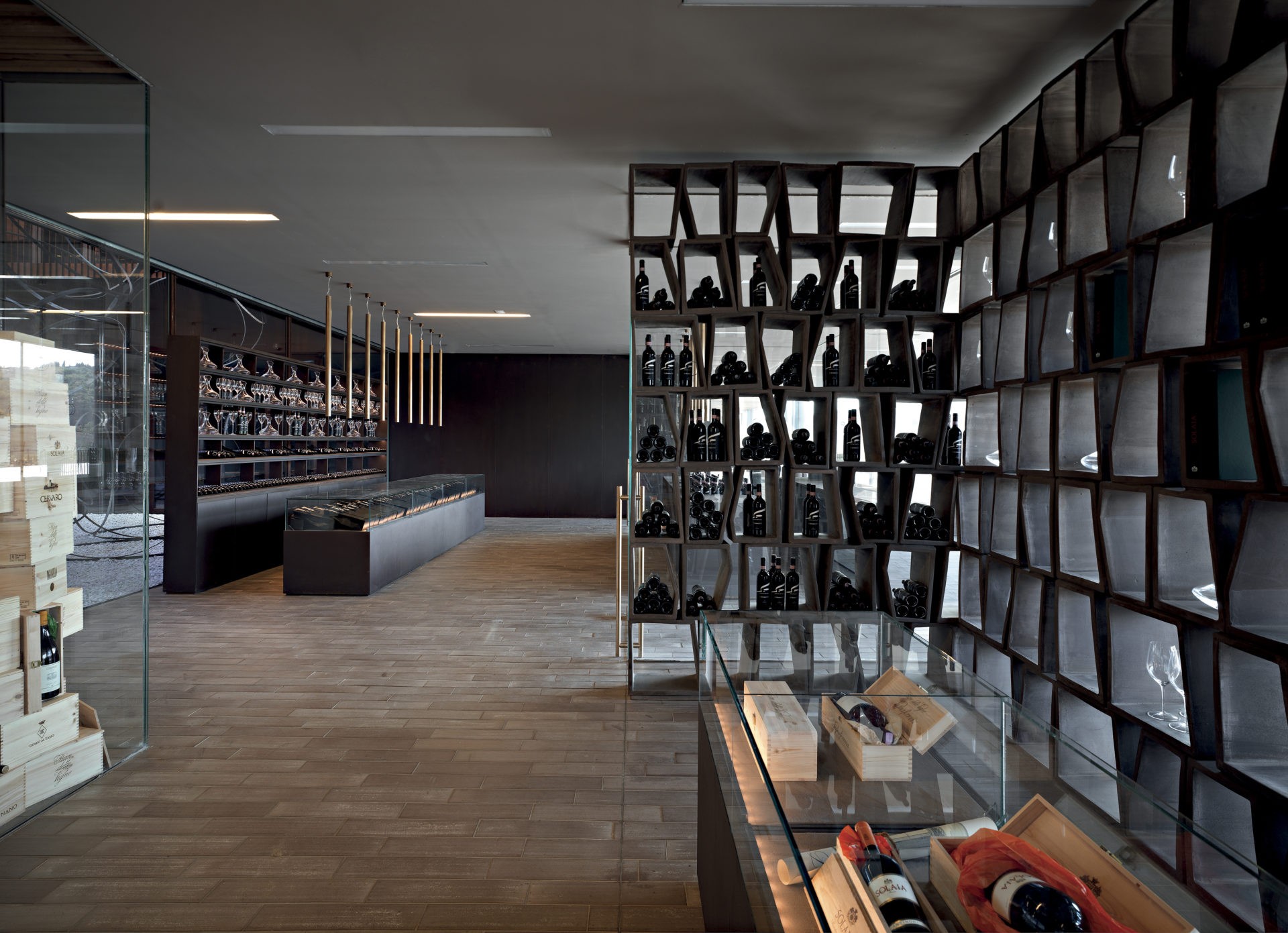 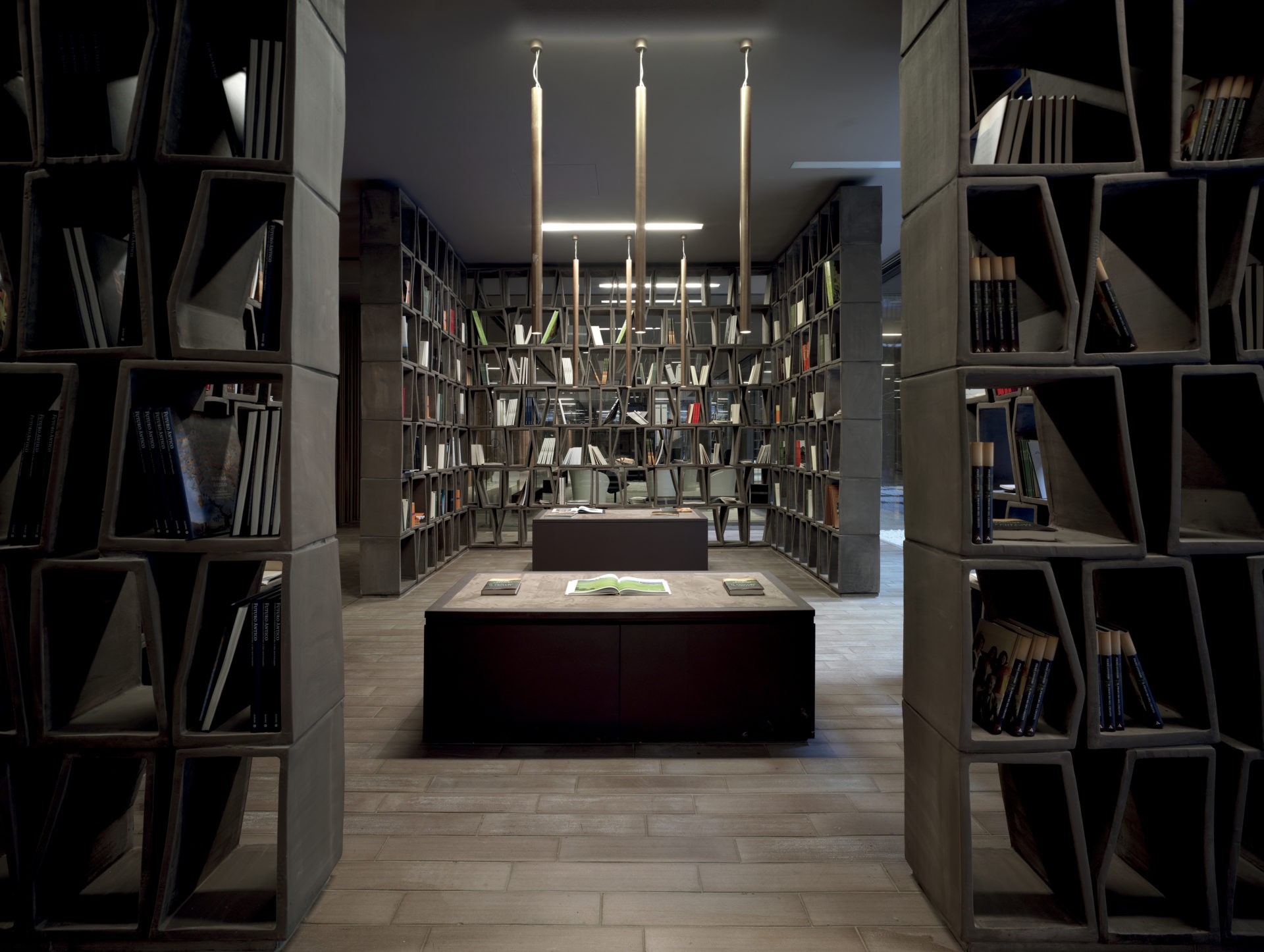 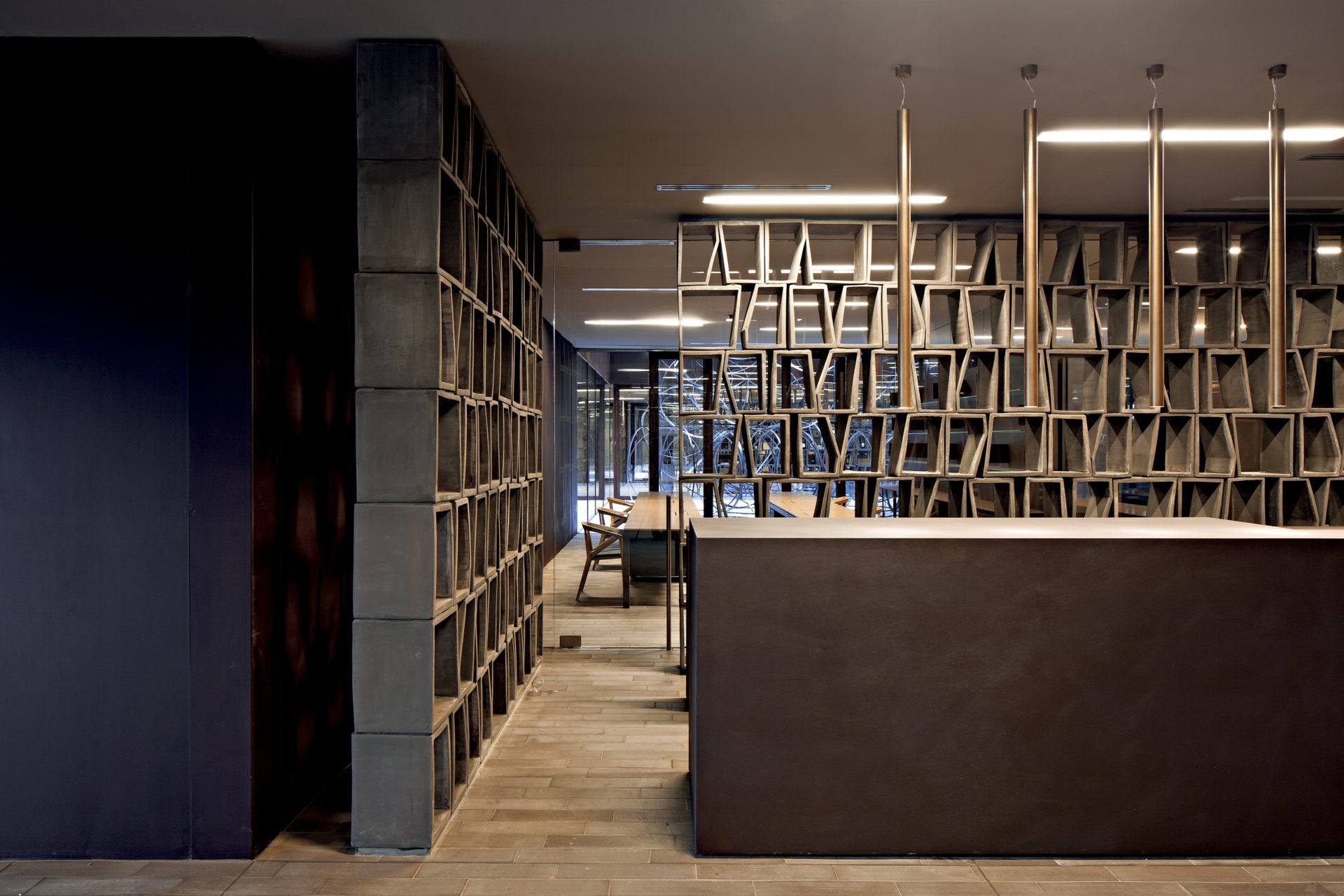 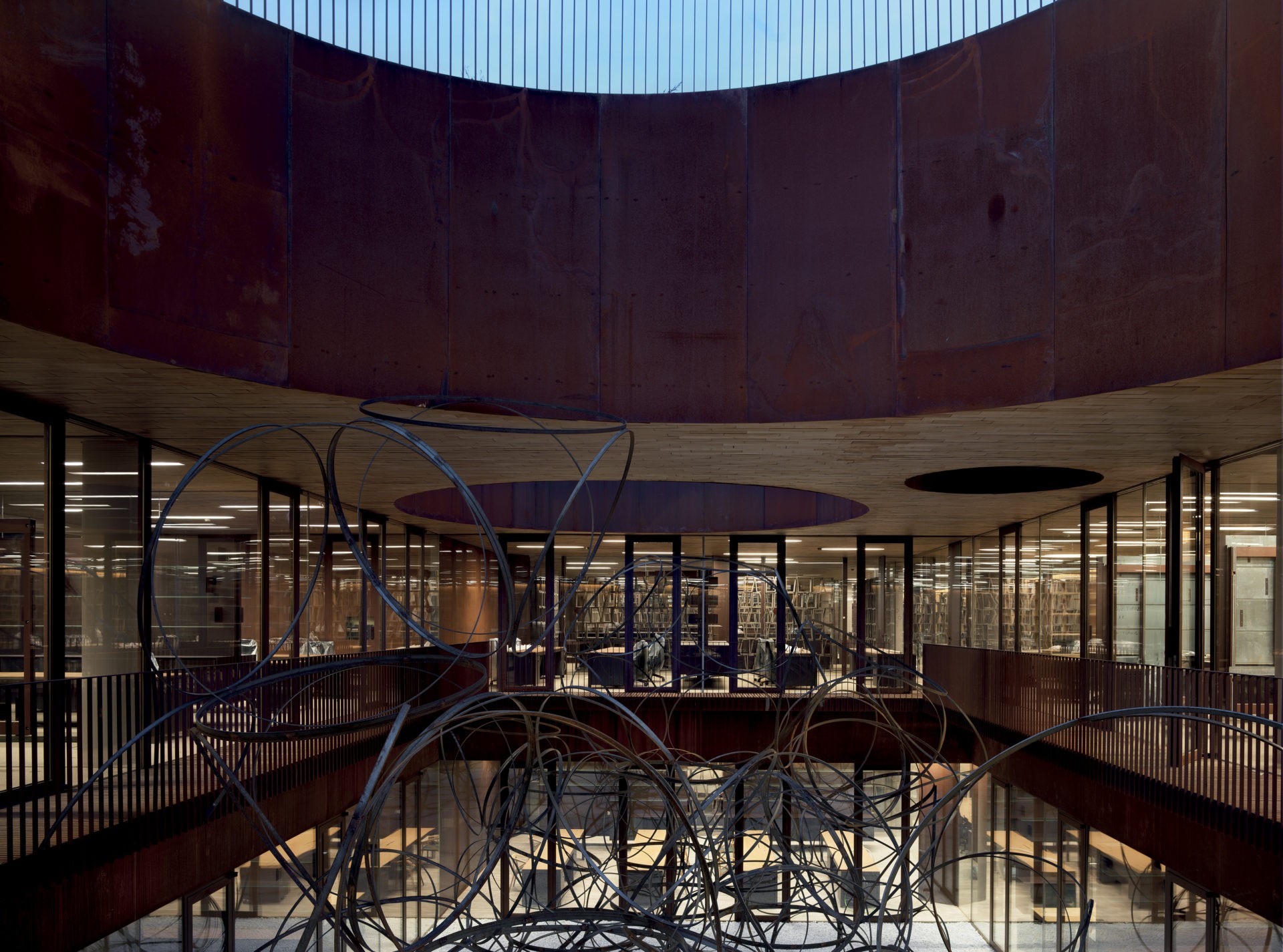 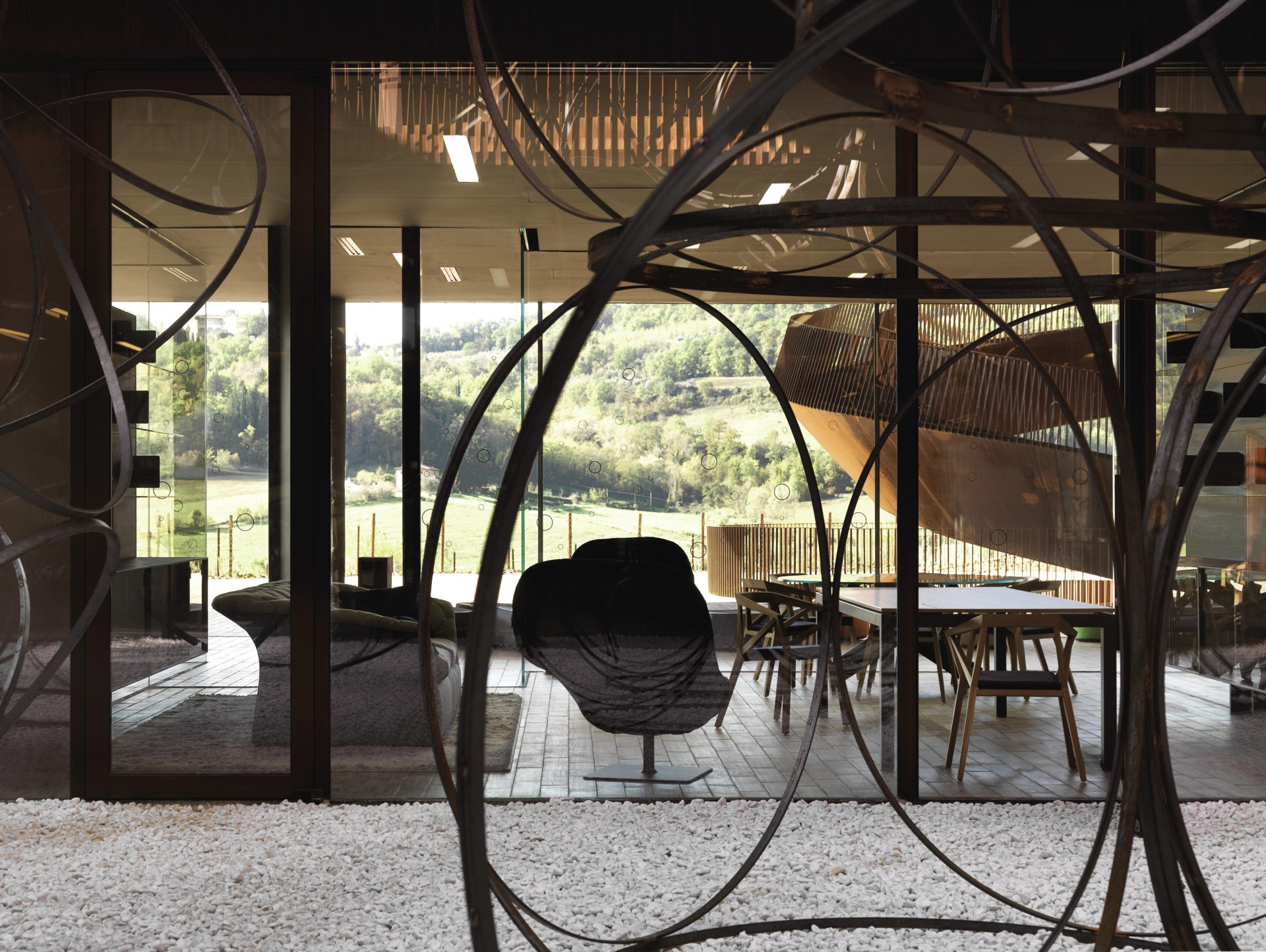 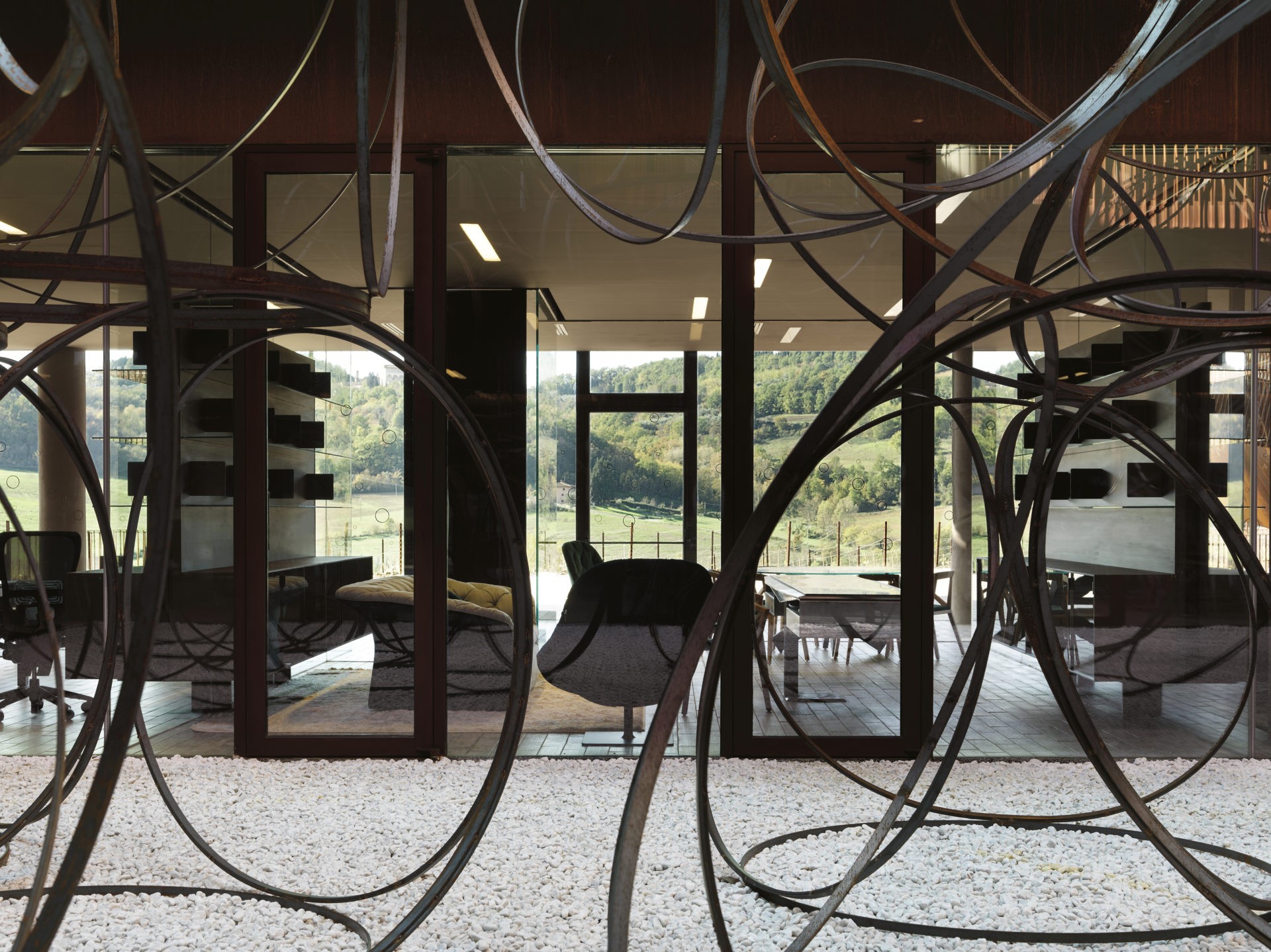 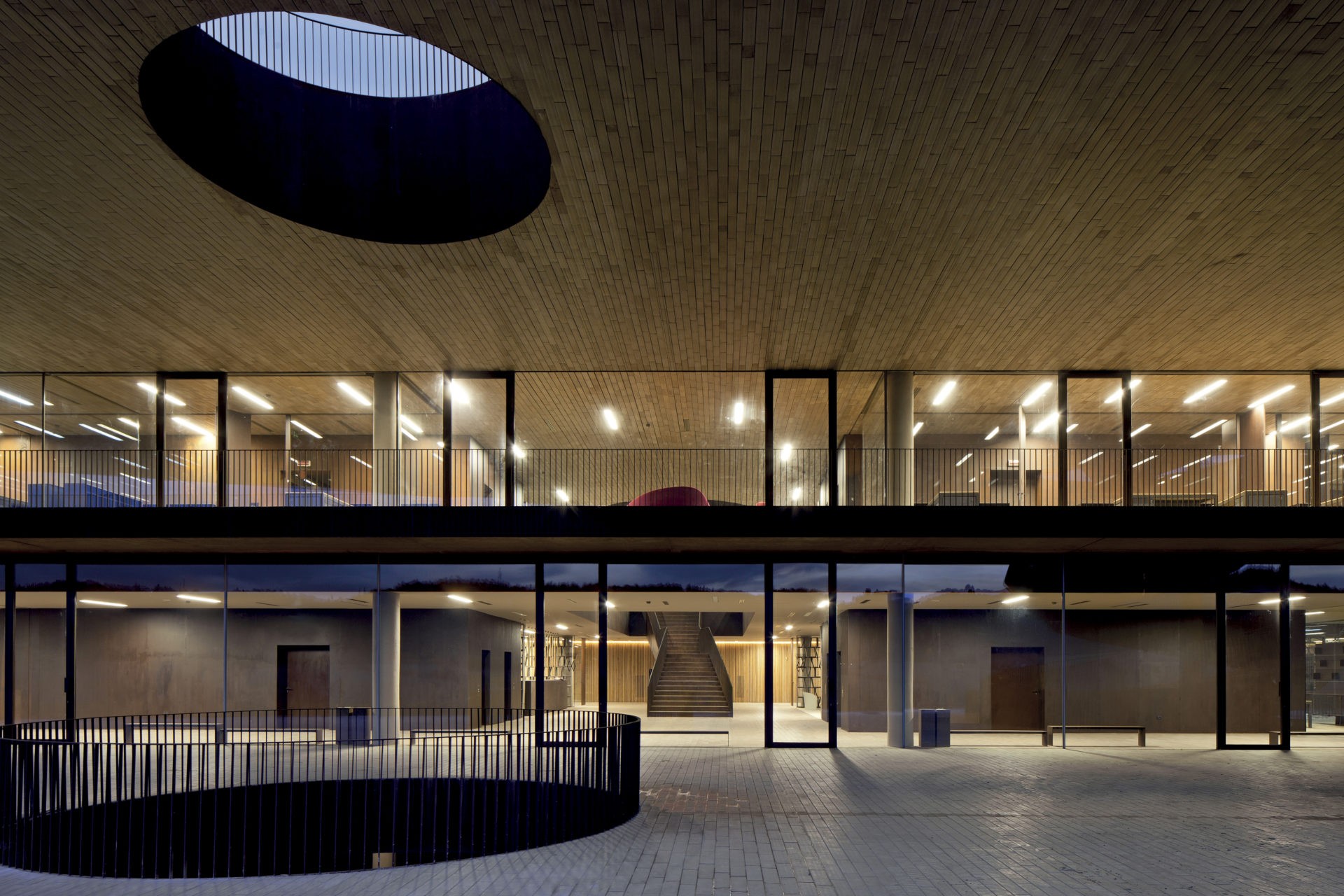 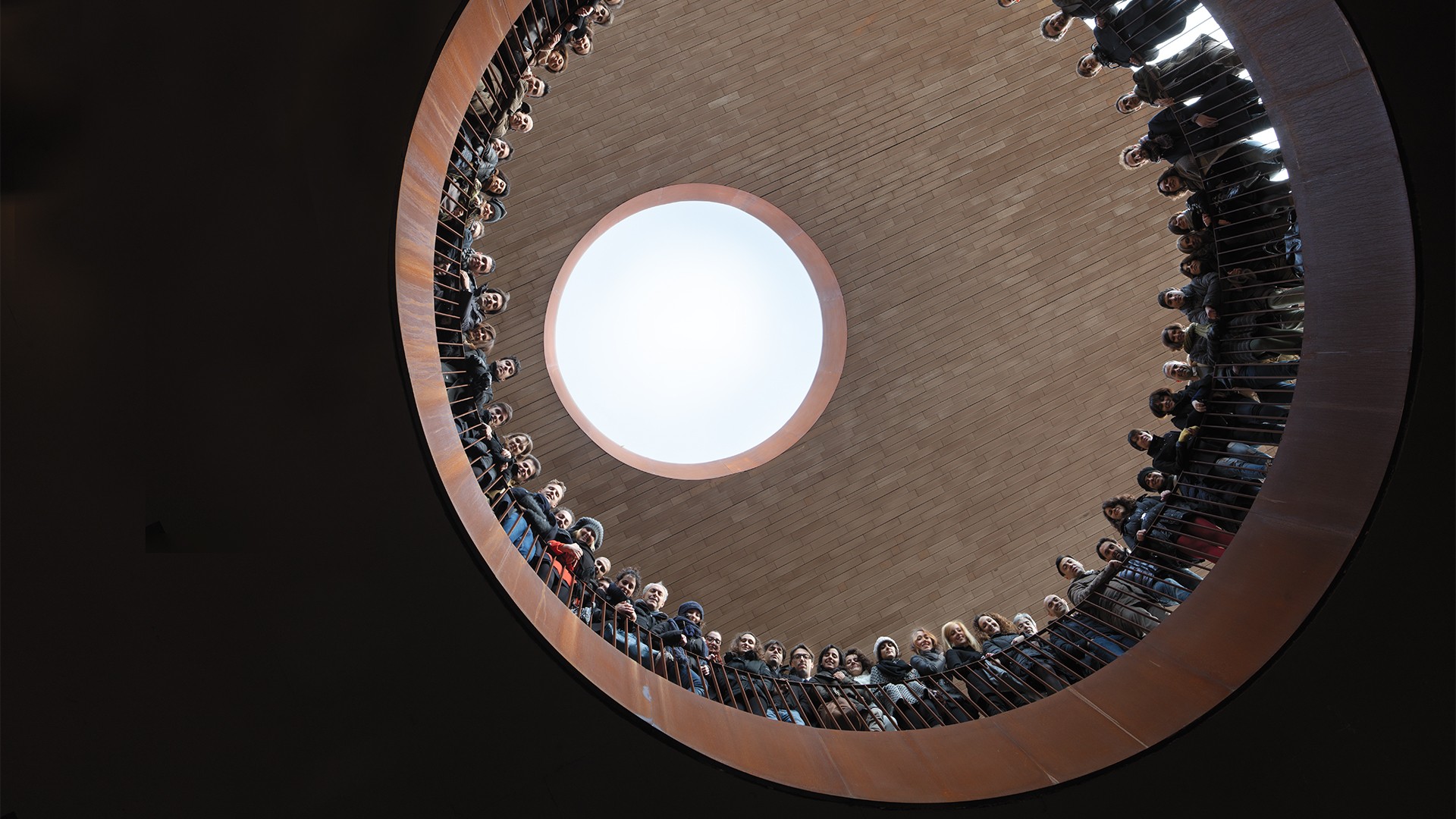