The design of the new gallery spaces of Tornabuoni Arte in Florence, in spite of their dimensions in line with the private nature of the project, opens a reflection on the relationship between the container and the content with respect to exhibition spaces for the Contemporary. Moreover, as it is developed inside a historic building situated on the Florentine banks of the Arno, the project deals with the issue of the relationship between the project and the existing natural environment, between invention and memory, bringing forth the research of that balance, which subtends the soul, entirely Renaissance, of the city.
The gallery, obtained from the marks of an old construction storage, which used to employ a small courtyard on the riverside as a loading and unloading area, encloses several ambiances and spaces including an apartment situated on the first floor of the building, in order to connect the different exhibition rooms through their spatial concatenation. In this way Florence gains a small stone garden dedicated to sculpture, where around a big stele by Arnaldo Pomodoro and a thin fountain by Mimmo Paladino other works with a more temporary and flexible character will be shown alternately. Once entered inside, where the total white prevails programmatically over a space placed at the disposal of the writing of art, a staircase crosses the gallery space connecting the level of the stone courtyard, and thereby that of the street, with the lower level which represents the ground floor of the street behind, via della Fornace, and the exhibition spaces on the upper floor, one time designed for residential purposes.
To realize this new space for art, deployable for various uses and set-ups, important structural works have been made on the entire building, including the complete remake of the facade and the backing of the foundation level by the use of hundreds of micropiles, aside from the substitution of many bearing walls and floor slabs to attain an ambiance which appears homogeneous and continuous.
The double-height space towards the wall which represents the main facade and the suspended staircase which crosses this space vertically are part of the idea to suffuse every space with natural light that reverberates on the neutral and pure surfaces of every interior element.
Five hundred square meters of surface area, no matter how rigorous each single detail had been designed, cannot make up a text based on which to compose a disciplinary program of absolute value. Nevertheless they show the horizon of a correct relationship between art and architecture, between exhibition building and artwork, convinced that any preponderance would damage both of them. 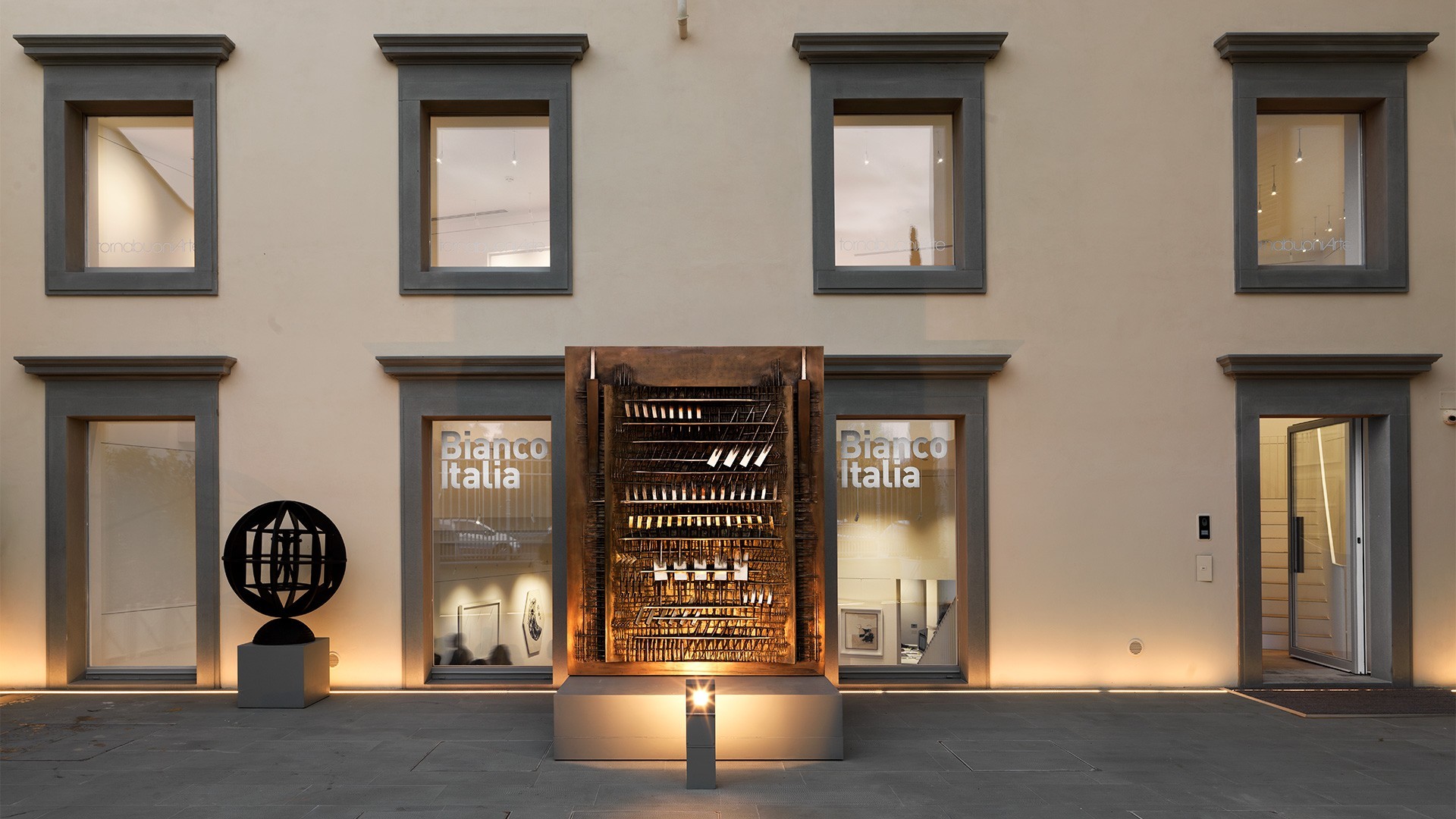 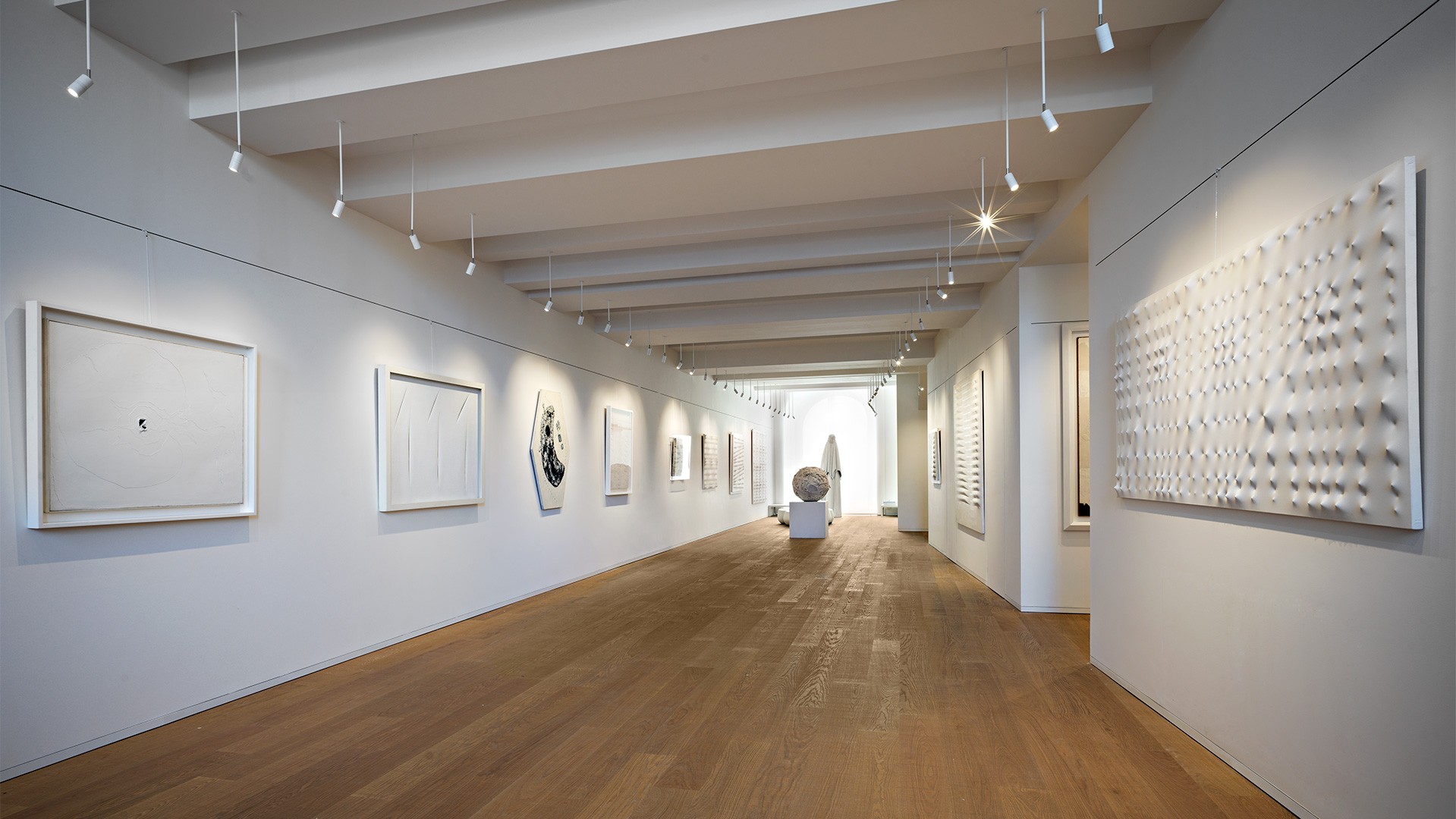 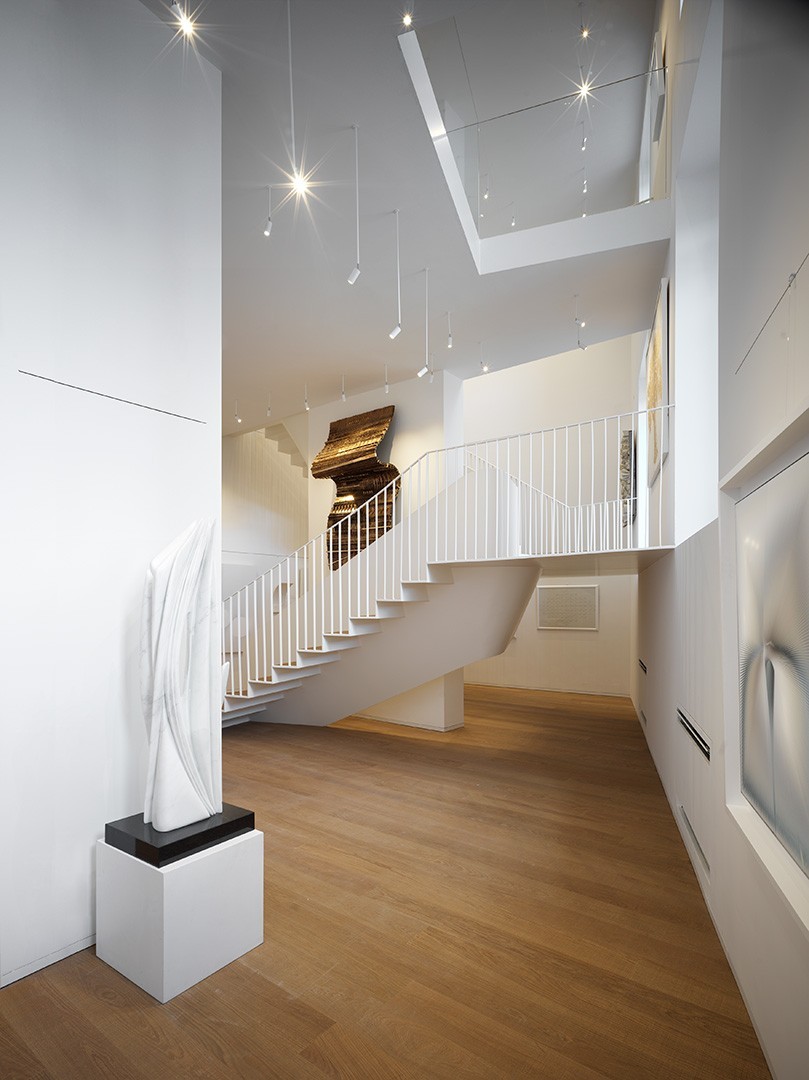 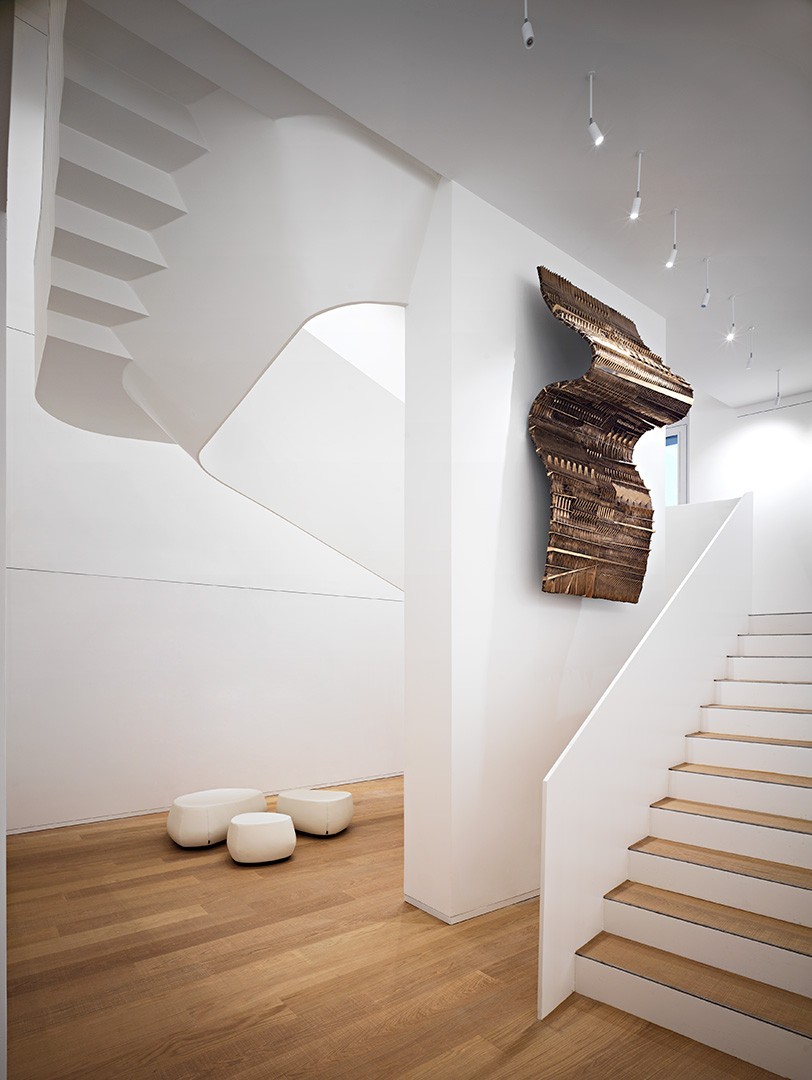 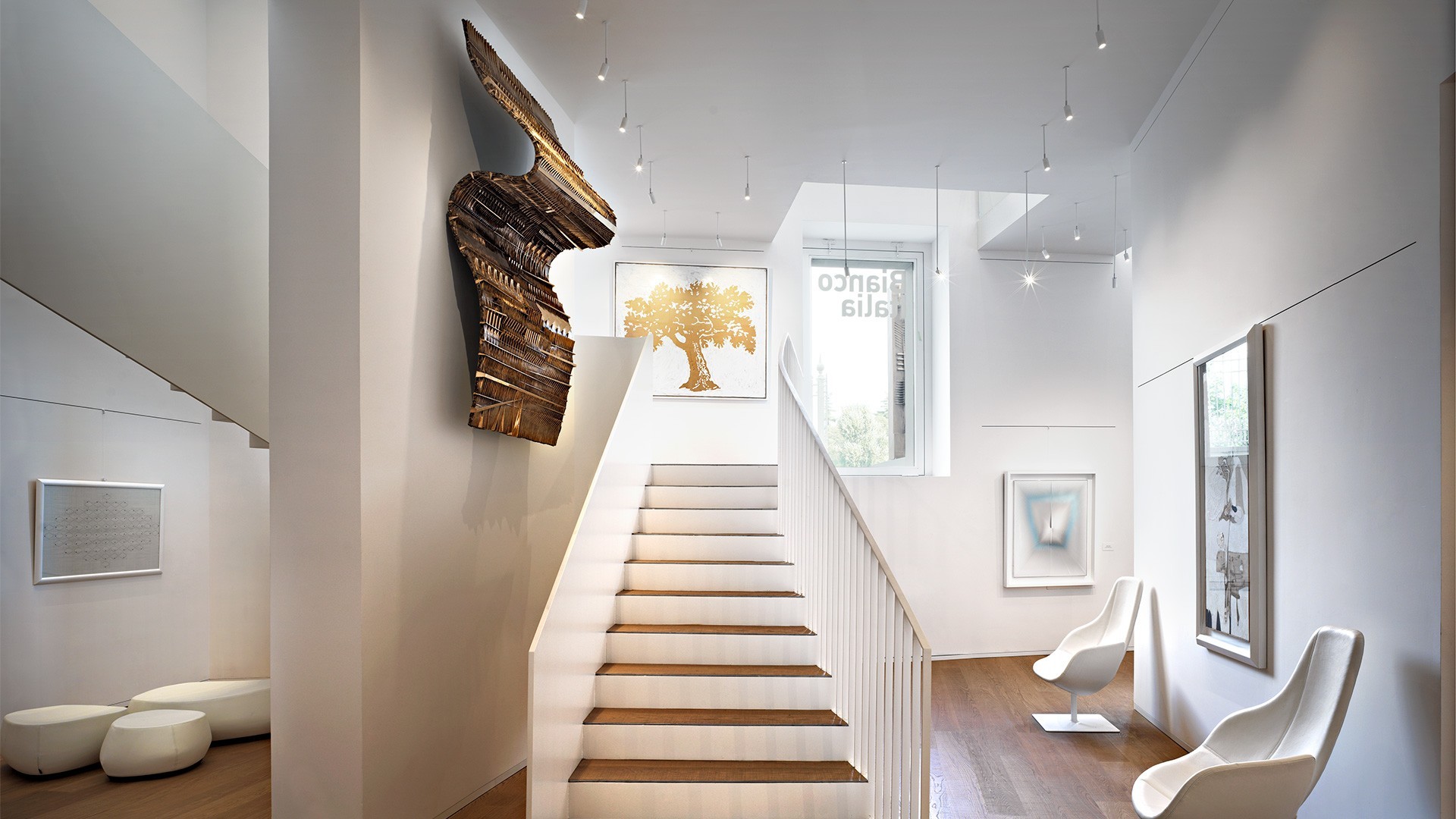 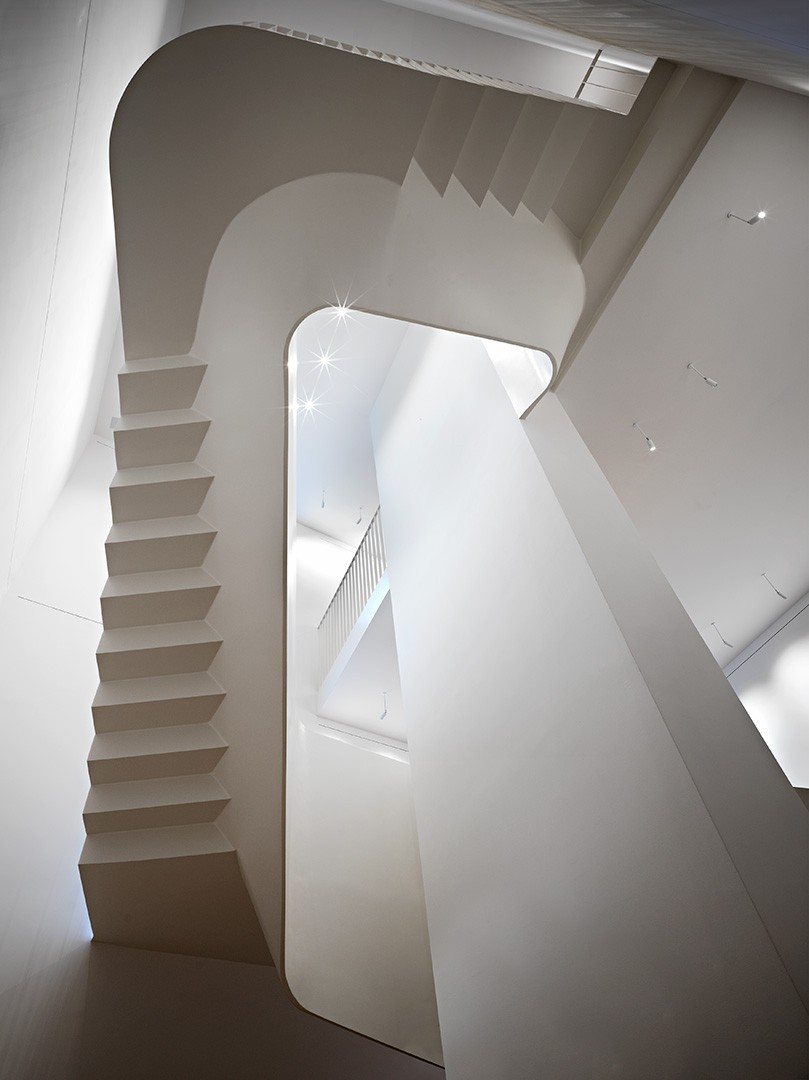 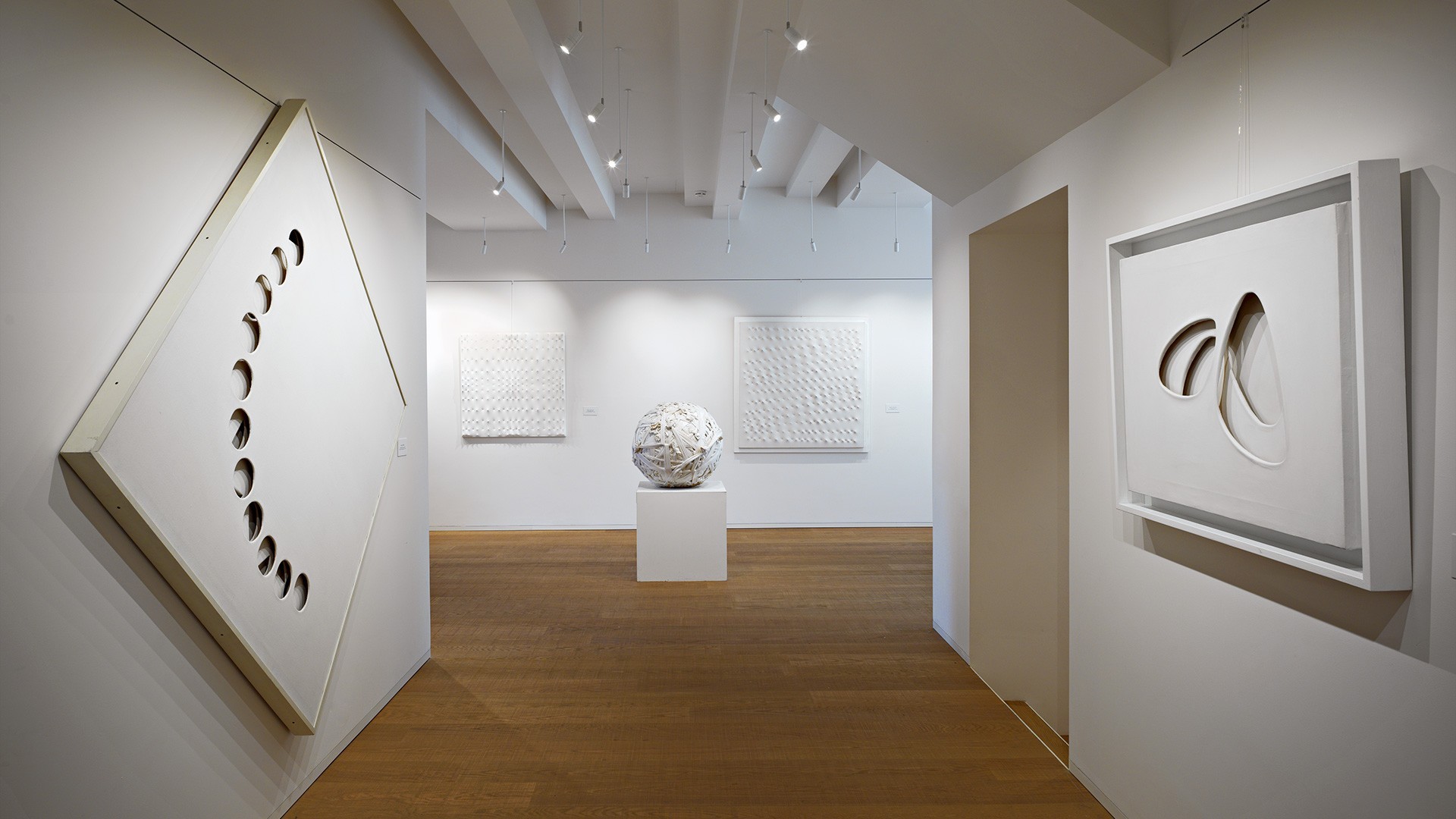 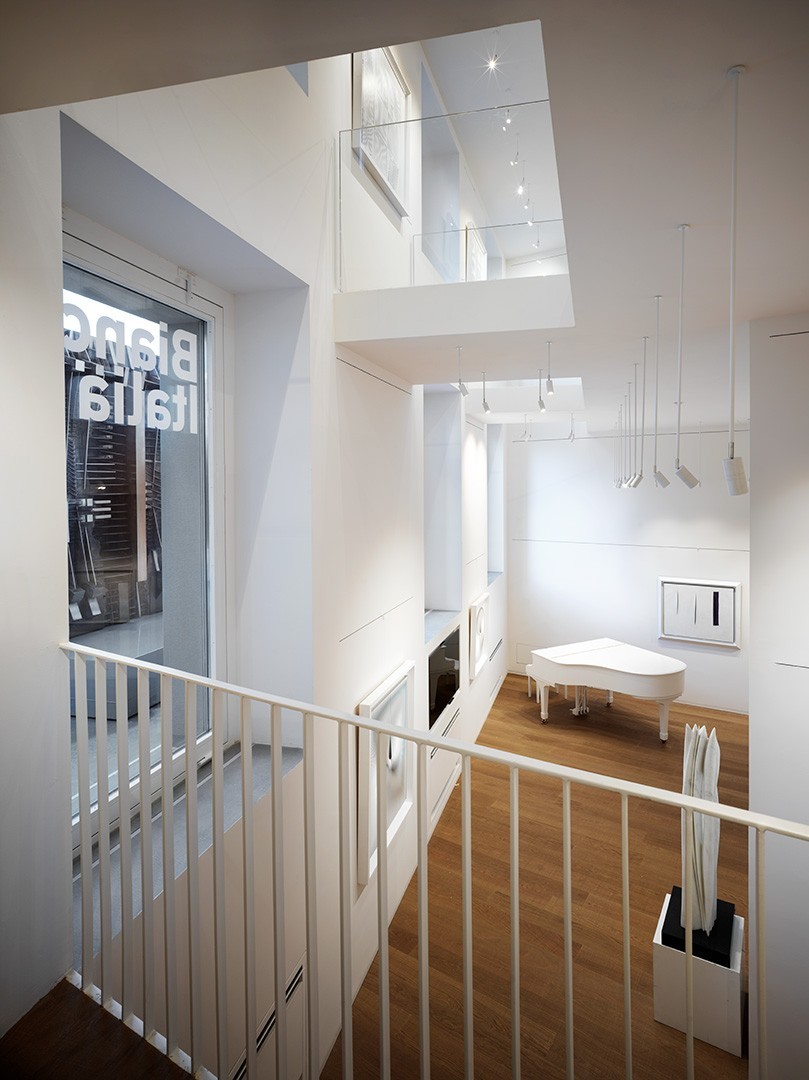