The former Lazzeri Theatre is located in downtown Livorno, in an elegant neighbourhood of the city. The renovation project aimed at creating a private multifunctional centre of culture which pivots on the main activity, namely a bookstore, also comprises restoration work and a conservative renovation. Without interfering with the identity and character of the original shell, the project exalts the distinctive traits of the composition of the interior, which is expanded through a complex work which has made it possible to obtain more space in the basement without altering the original character of the spaces. The books are treated as the leading players on an immobile stage animated by visitors and customers who are projected in a new theatrical dimension. A large ceiling lamp, made from optical fibres, descends from the ceiling covered in a reflecting steel film. The flying tower is an enormous container crossed by a sequence of galleries used for displaying books and reading; the stalls serve as a spacious room for consultation; the roof terrace is an attic-salon with a view. Exhibition and storage areas have been located in the basement while a steel and glass container on the roof houses the cafe. 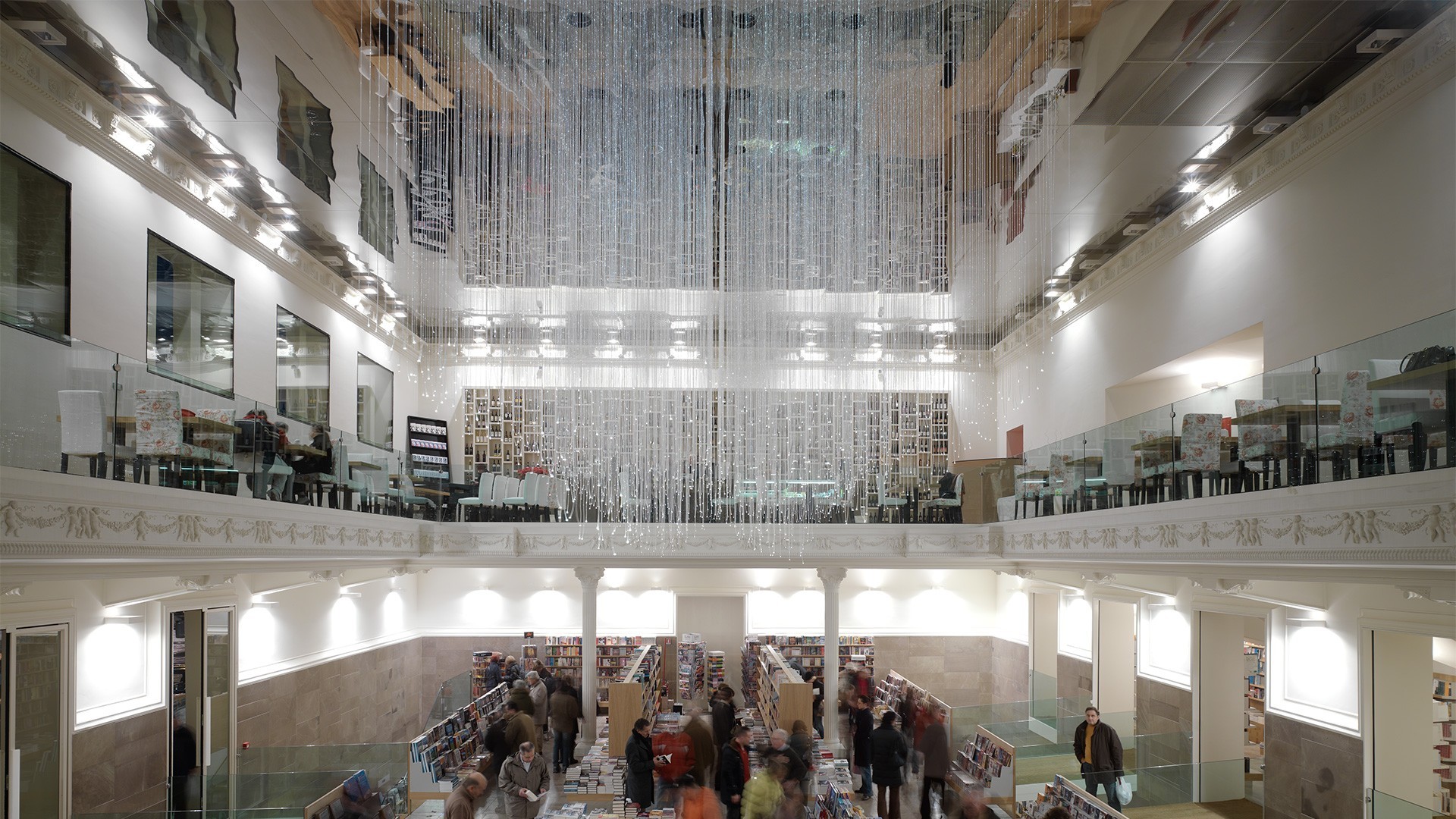 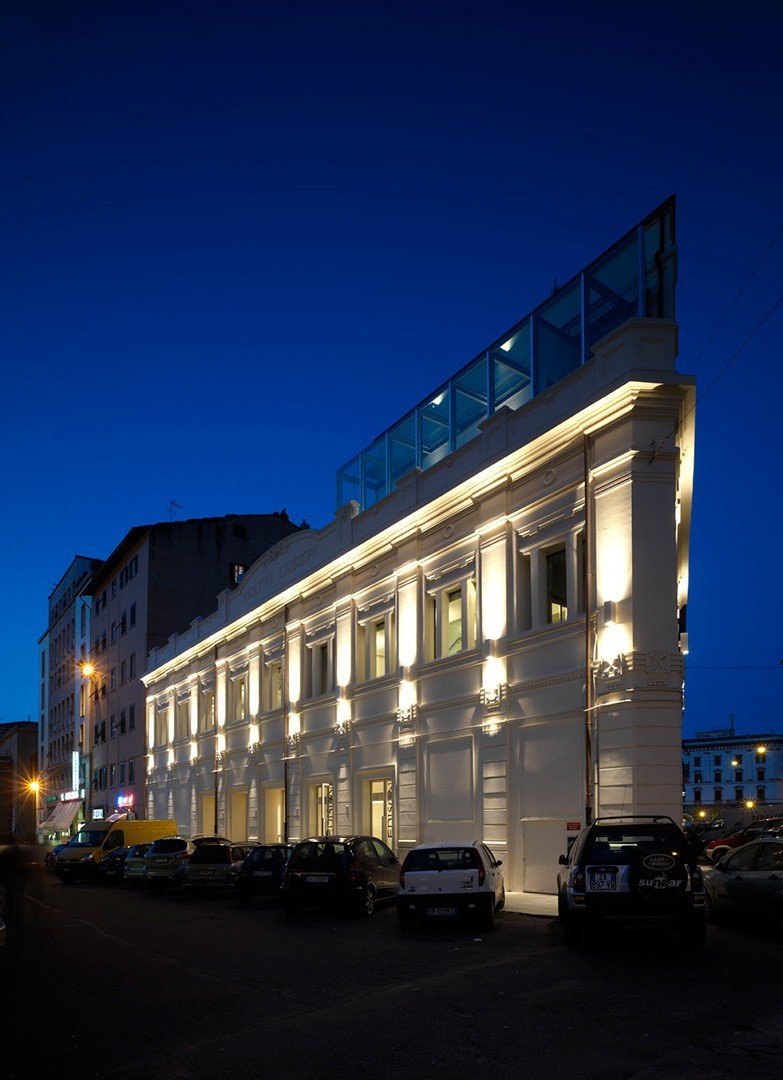 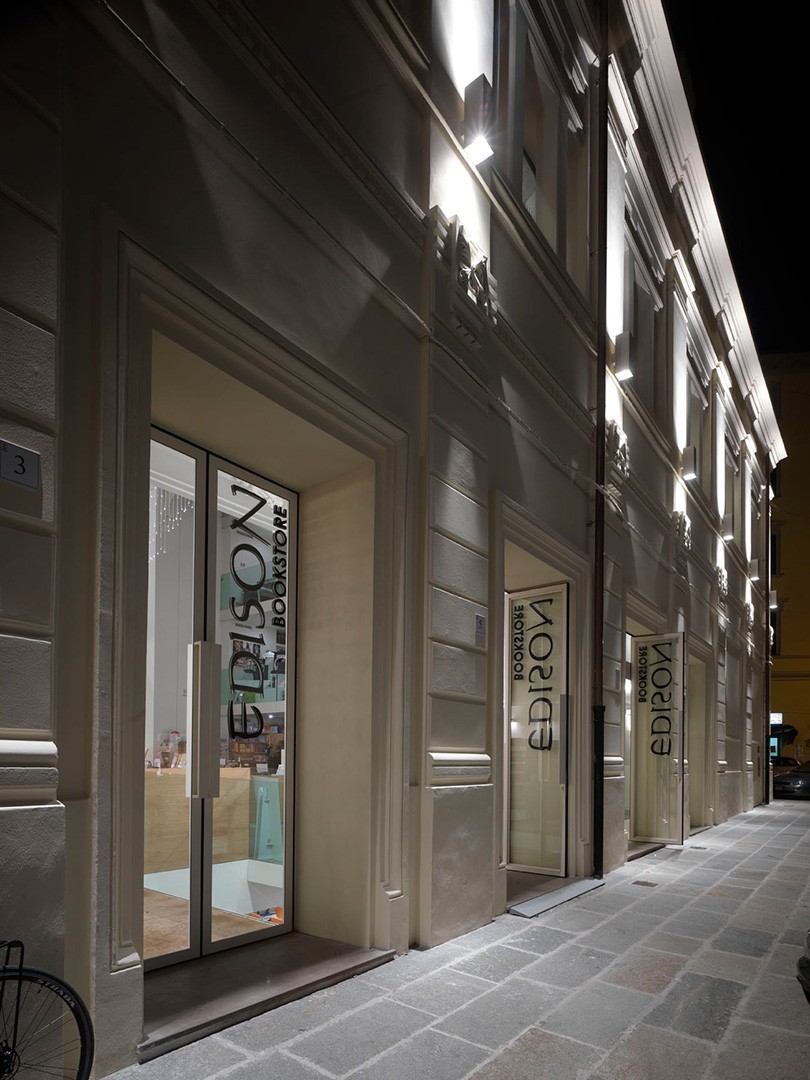 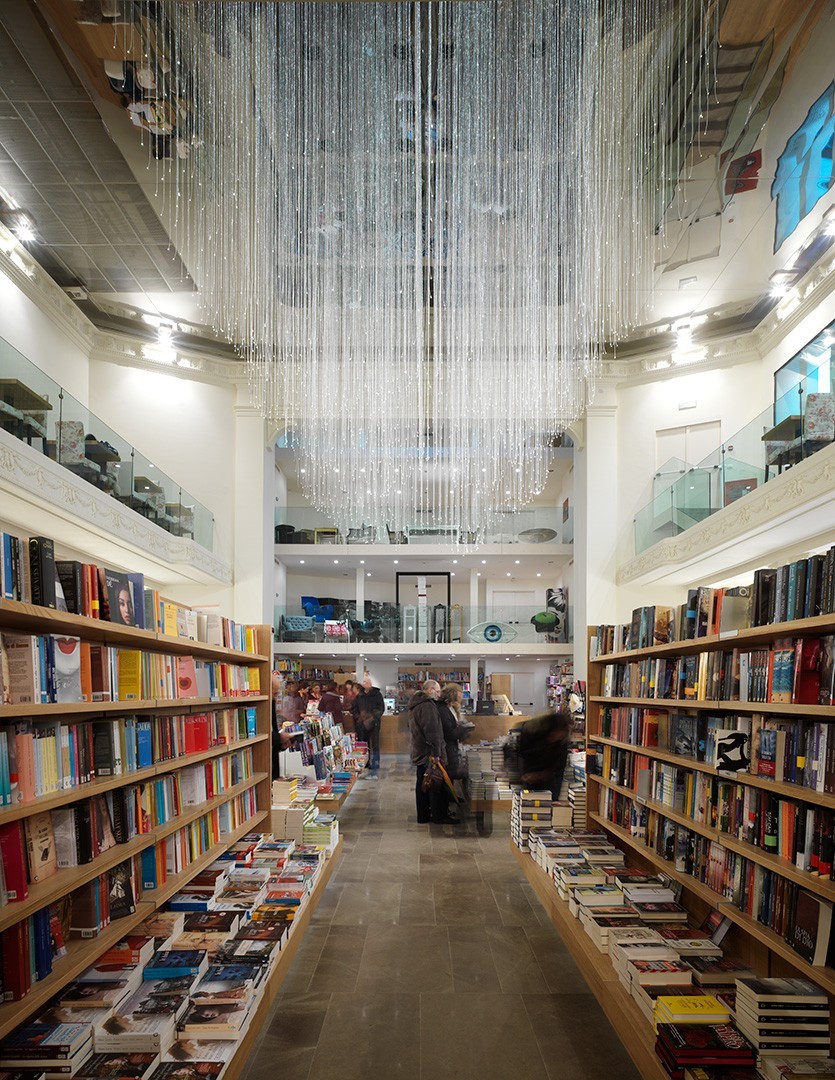 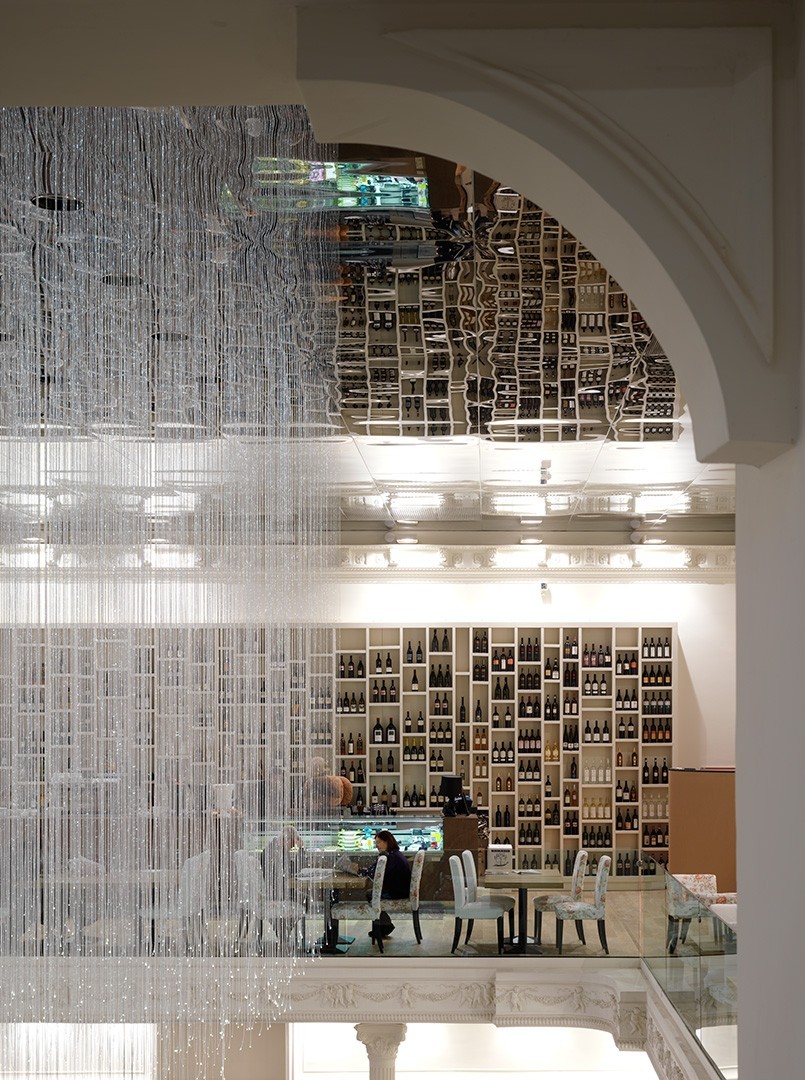 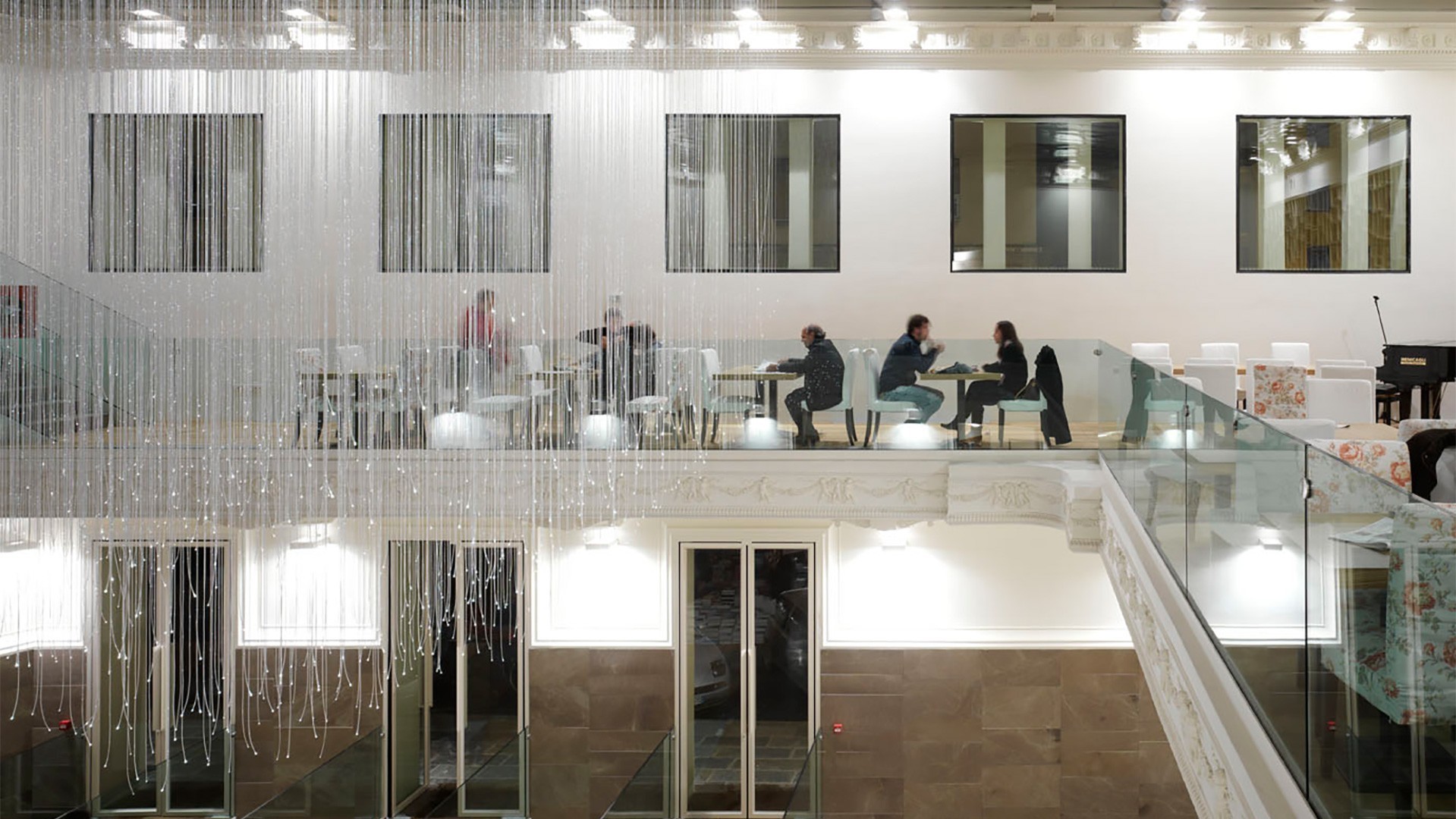 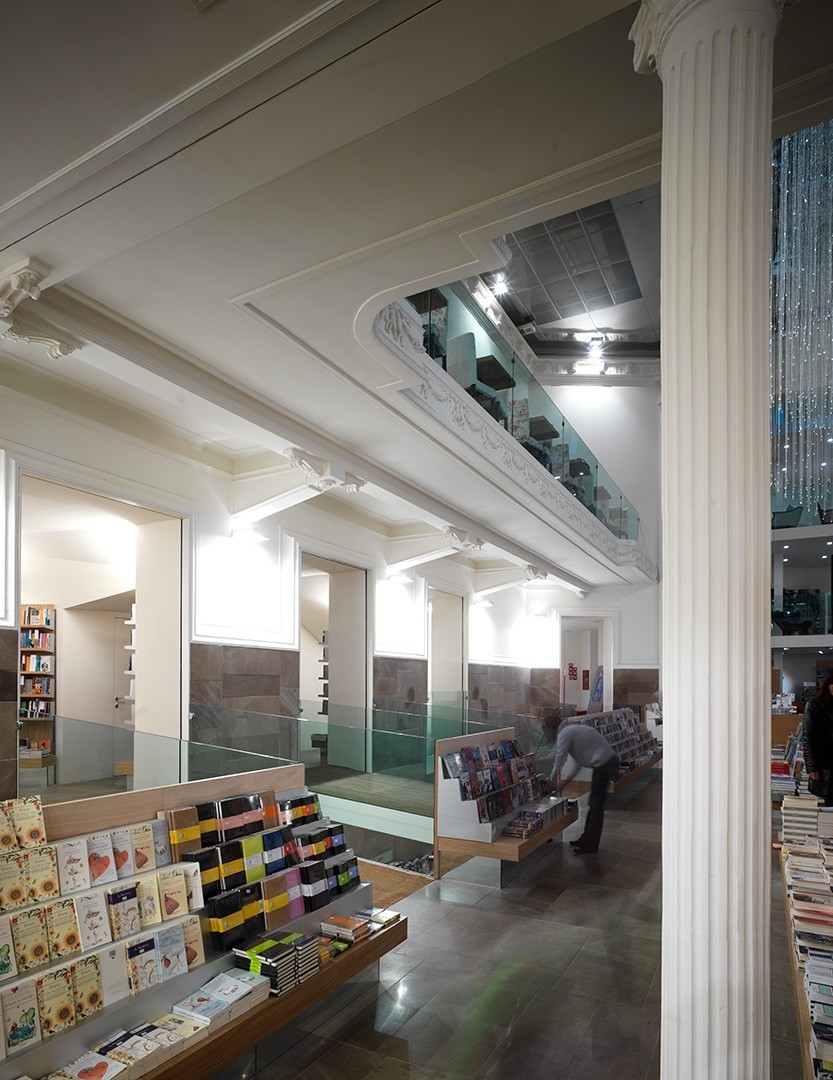