The venue, one of the best known in Beijing, is located nearby the second ring-road, as the Temple of the Lamas and the Park of the Sun. The restyling of the interior (dancing floors, KTV, bars and restaurants) and the facade is aimed at creating an image reflecting the strategic, urban and social visibility of the building, at the maintenance of the structural grid supporting the old facade. The project centres on the research of a new and up-to-date urban facade capable of dialoguing both with the contemporary city and with the traditional and vernacular architecture. The new façade represents the continuity of an experimentation centring on the relationship with the surrounding tissue. This research has been conducted with a minimal expenditure of economic energies through the construction of a regular grid of aluminium panels (2×1 m) with holes of various sizes, which form a metal curtain. The surface (16×30 m) forms an interspace which serves to house the lamps. The façade system thus succeeds in interpreting the double life of the building: by night it is animated by a fascinating backlight; by day its appearance of compact black box acts as metropolitan landmark. 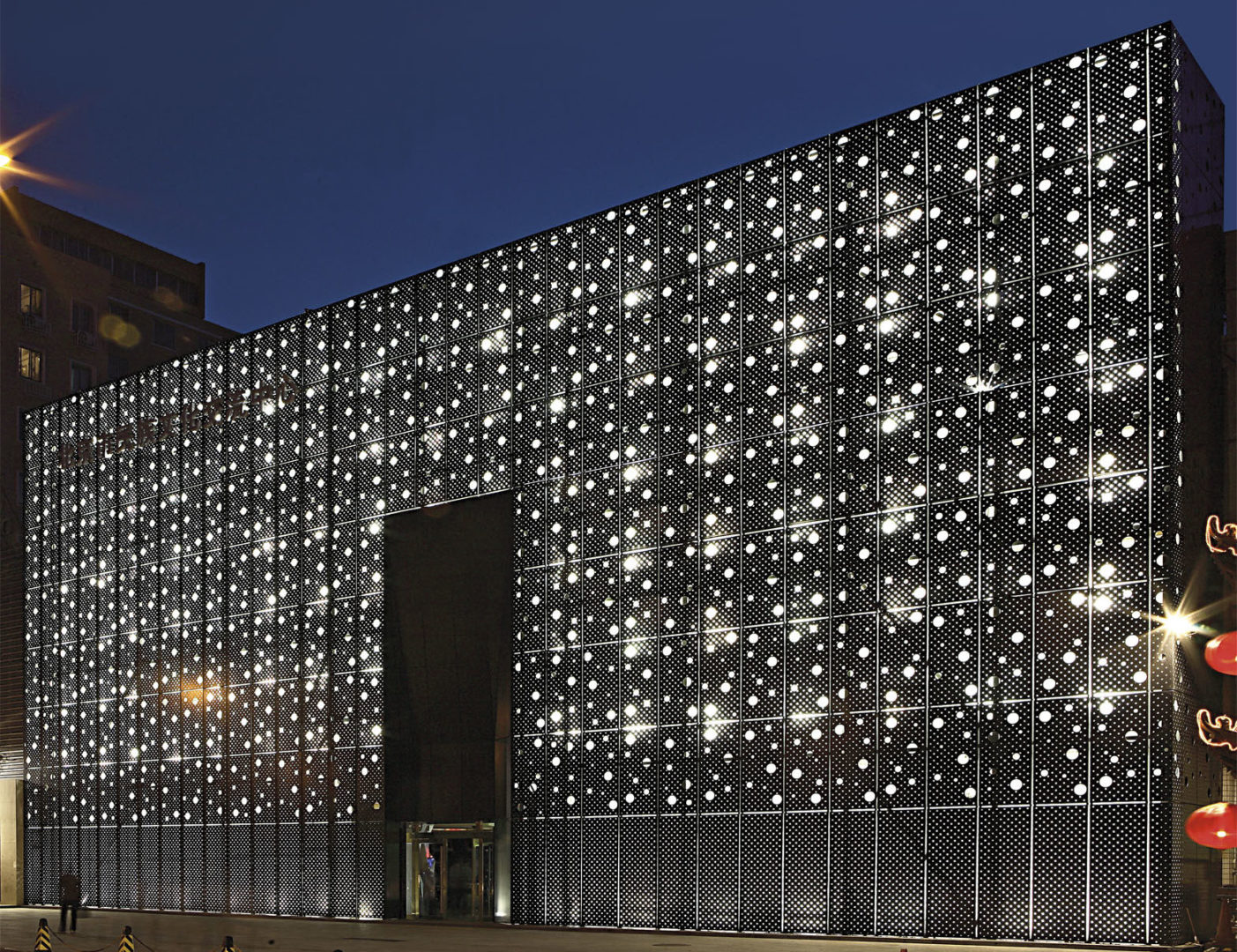 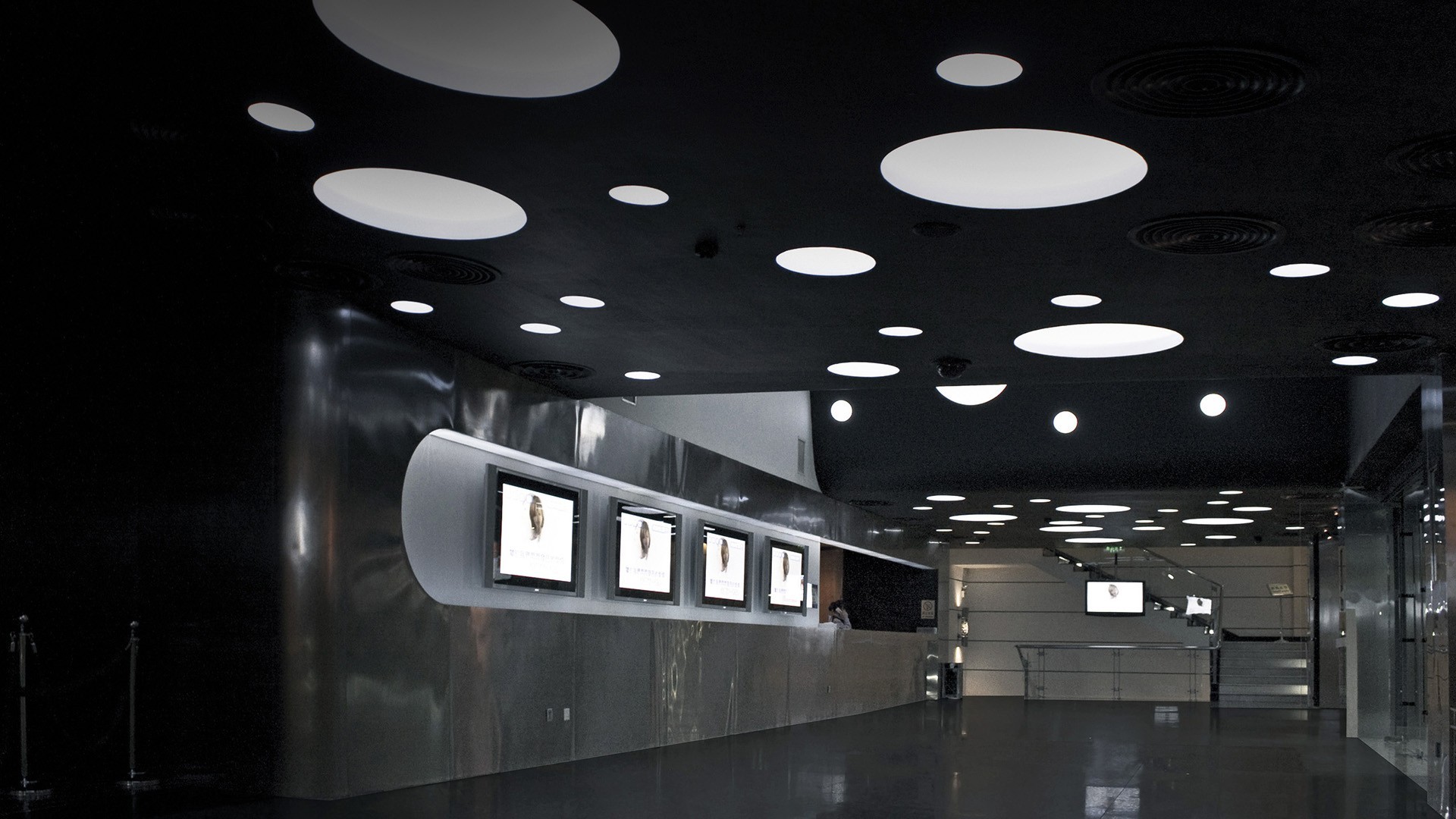 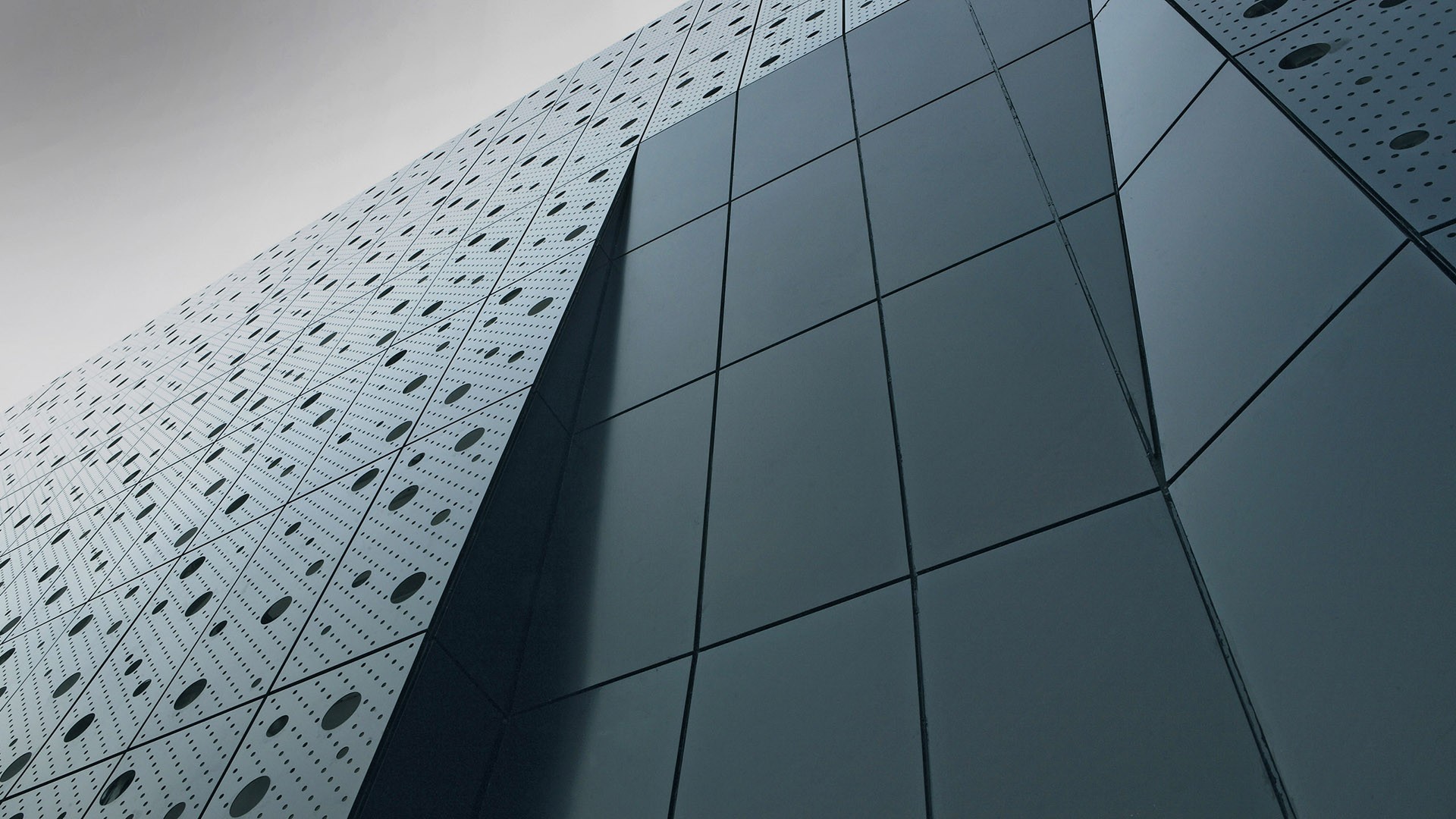 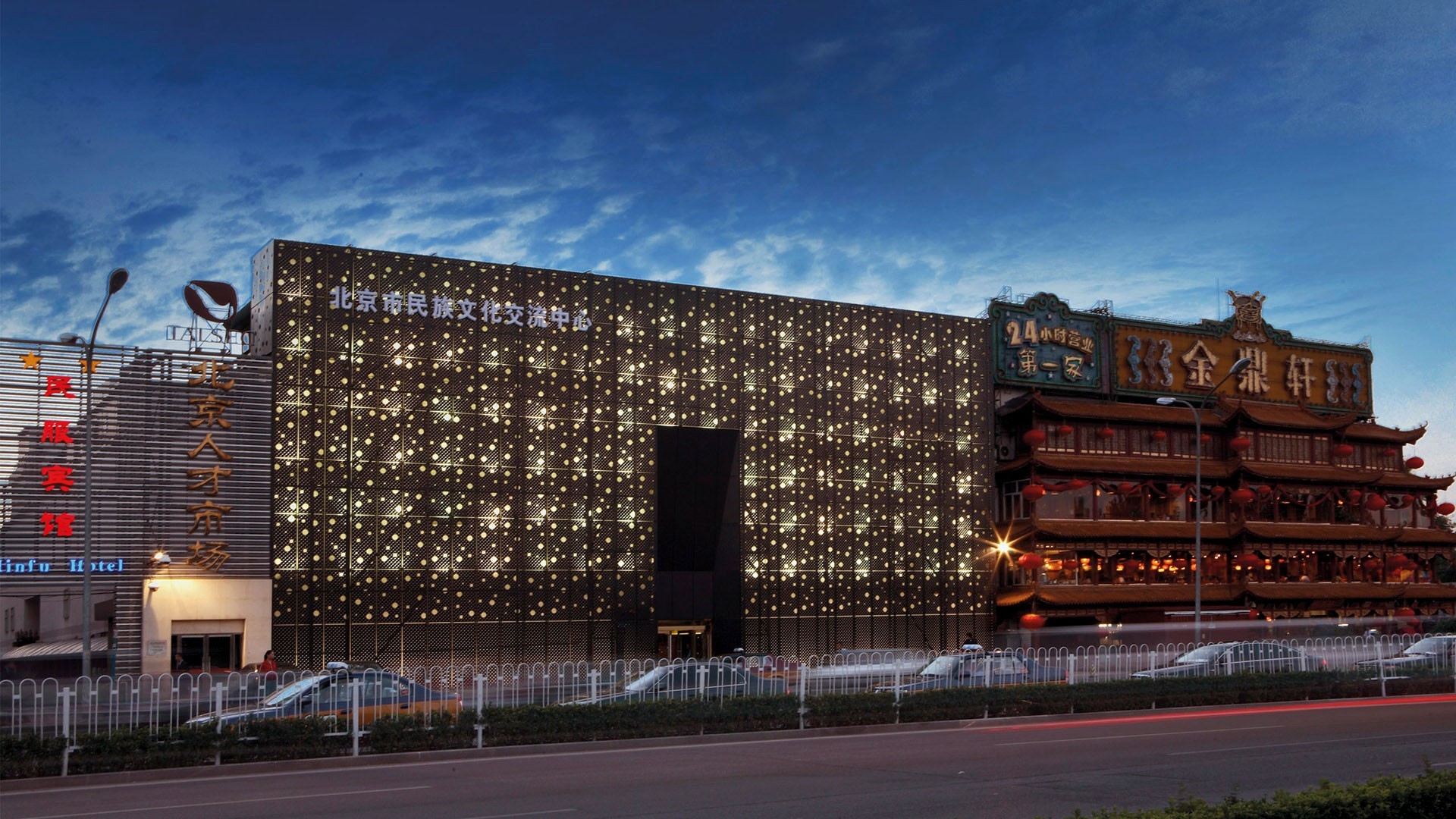 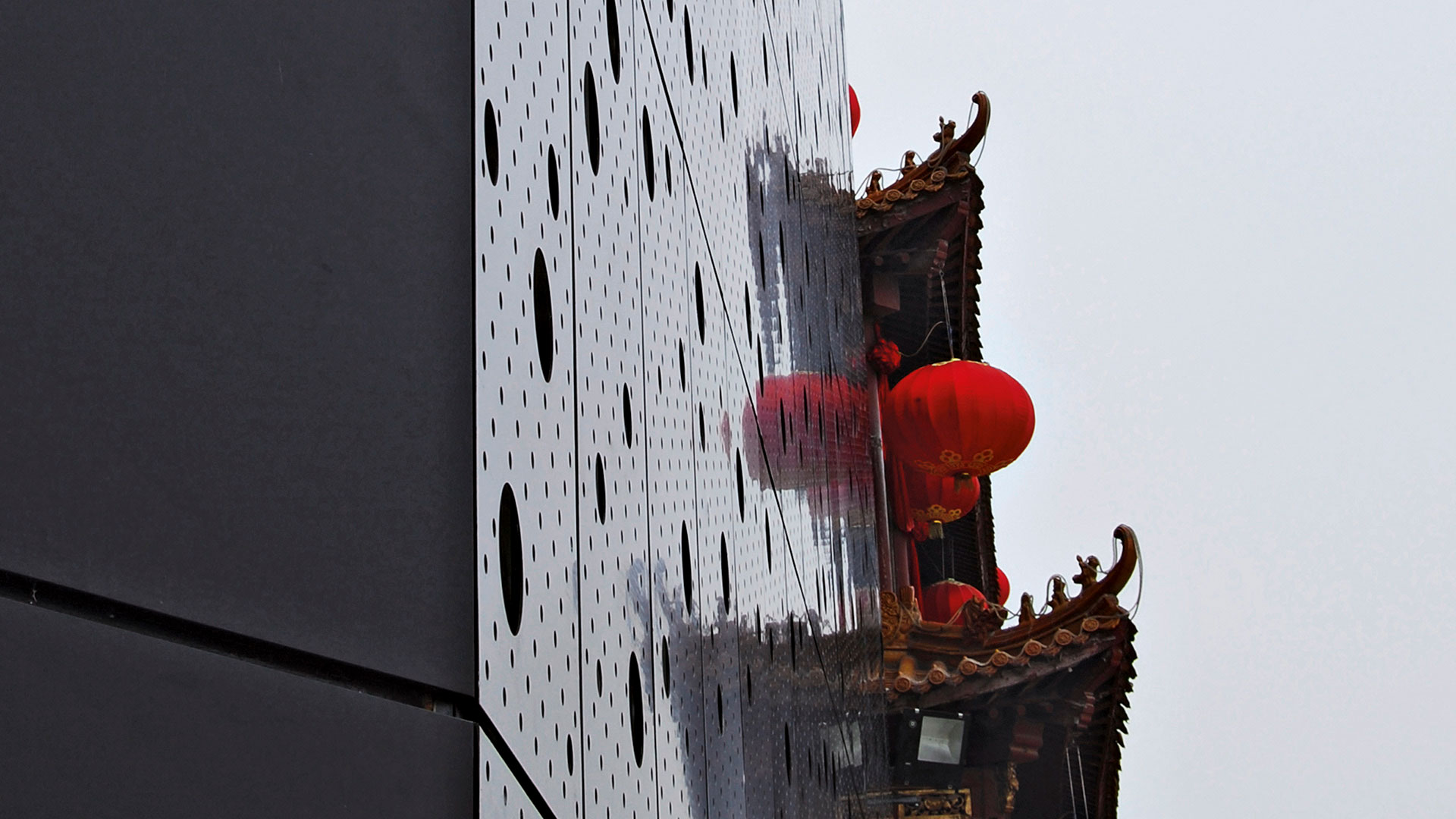 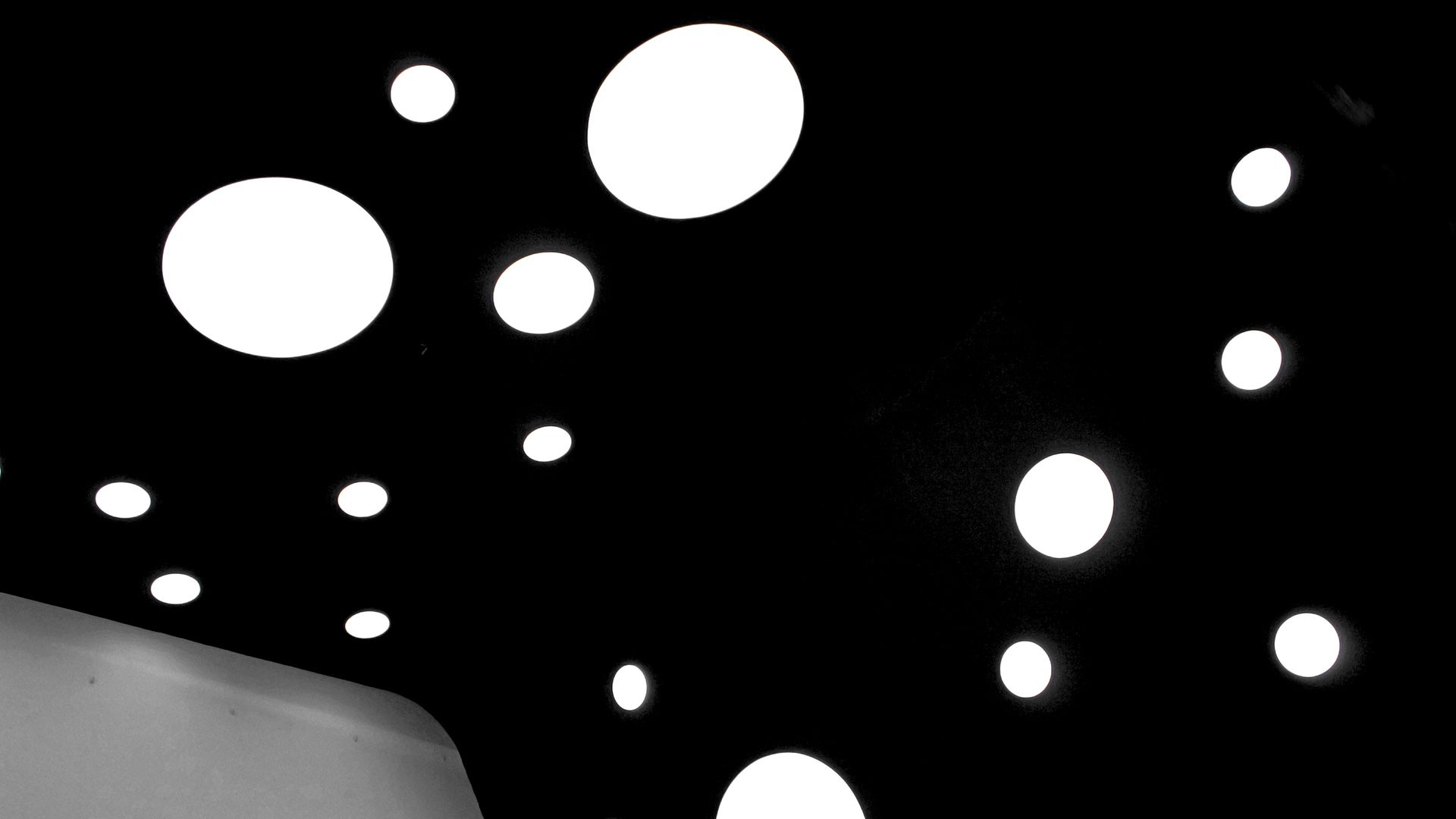 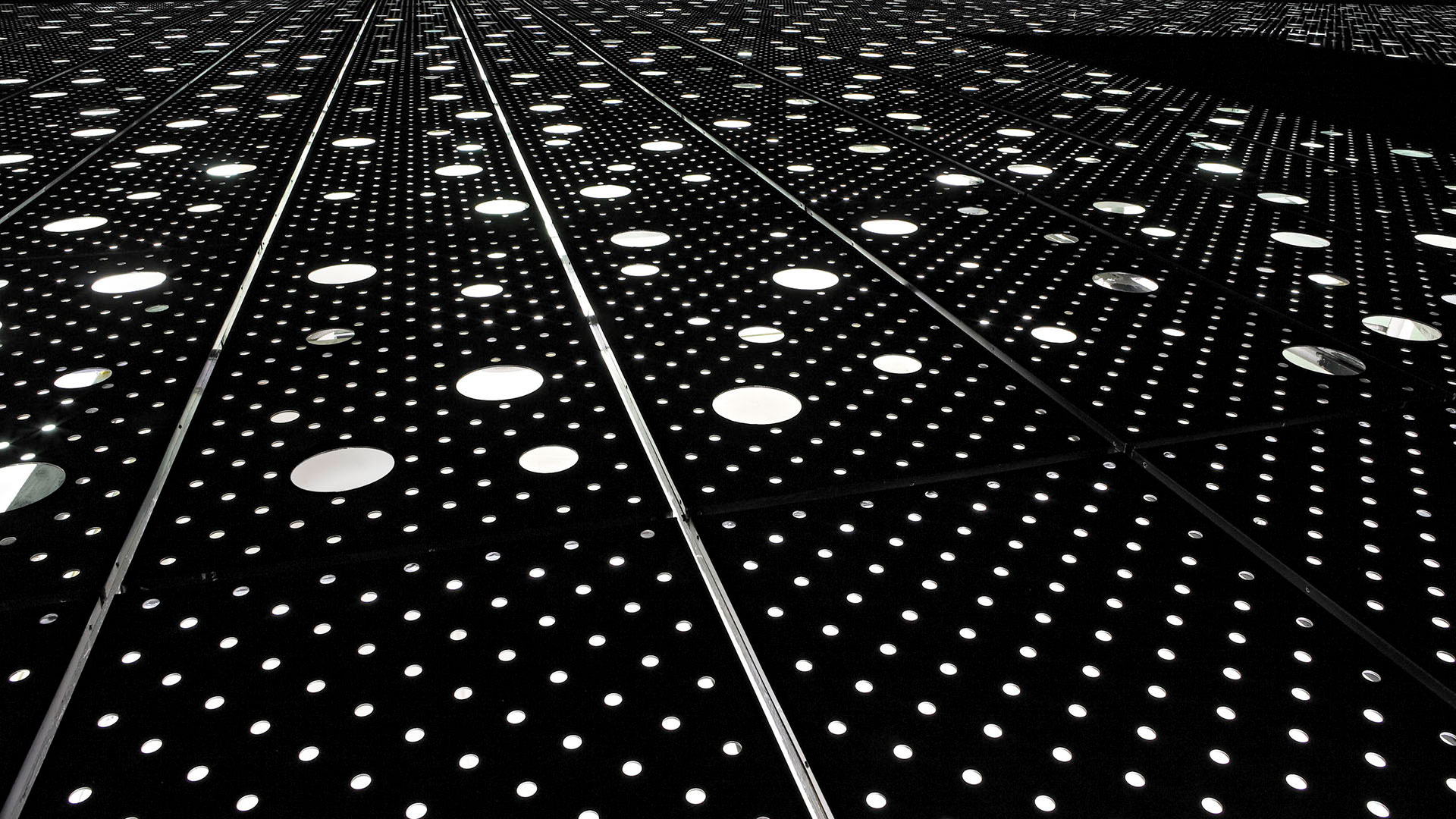