During the Salone del Mobile the city of Milan will host an exhibition of the works of Karim Rashid. Area, the international architecture and design arts magazine published by Gruppo 24 ORE, presents Karim Sampler – An edit for the last 15 years at the Triennale, the exhibition dedicated to the Canadian designer of Anglo-Egyptian origins who studied and began his career in our country. More than 100 touchable and visible products to reconstruct the career of one of the most significant phenomena on the contemporary creative scene. Karim Rashid is more than a designer, with unbounded popularity expressing the personality of a complete artist. His global creativity, interpretation of a form of sensual, minimalist design that has conquered the market with more than 3000 designs currently in production, is multi-faceted and eccentric, with a more than ordinary ability to perceive the reactions and sensations generated by space and everything that occupies it. Karim Rashid has a dream: using design to change the world. The exhibition at the Triennale makes room for this dream, explains exhibition curator and Area editor-in-chief Marco Casamonti.
The portrait of Karim Rashid on exhibit at the Triennale, produced in collaboration with Ceramica Cielo, Martini, Novacolor and Velux, is a 400 m2 space dedicated to his works, his career, his ingenuity and his designs and products for some of the most important companies in the world. Videos, drawings, installations and, above all, more than 100 curved, rounded, sensual items which Rashid calls blobjects are theatrically displayed raised on pedestals, projected onto the wall and framed in a series of postcards collected in a box which is the exhibition catalog. 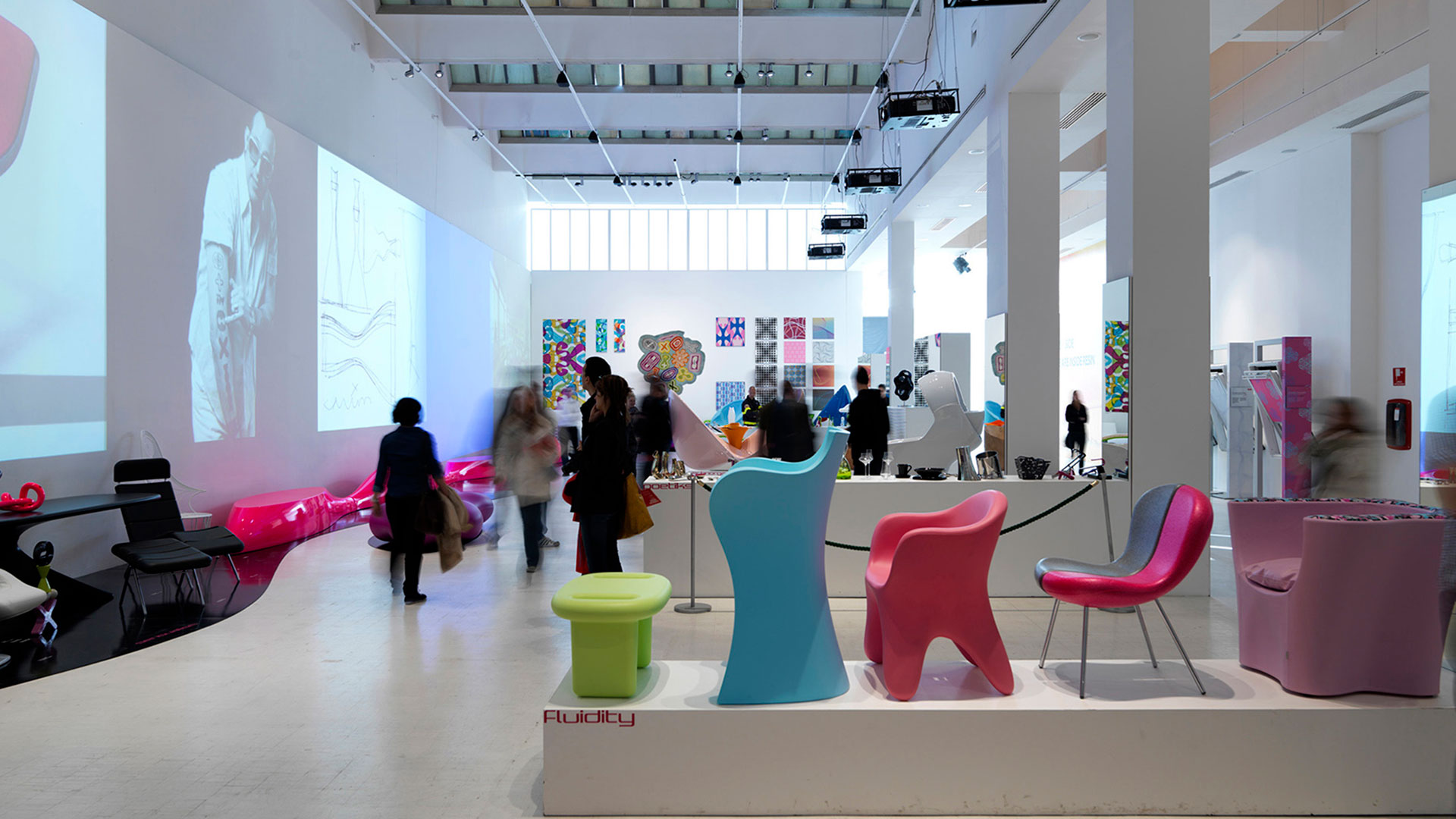 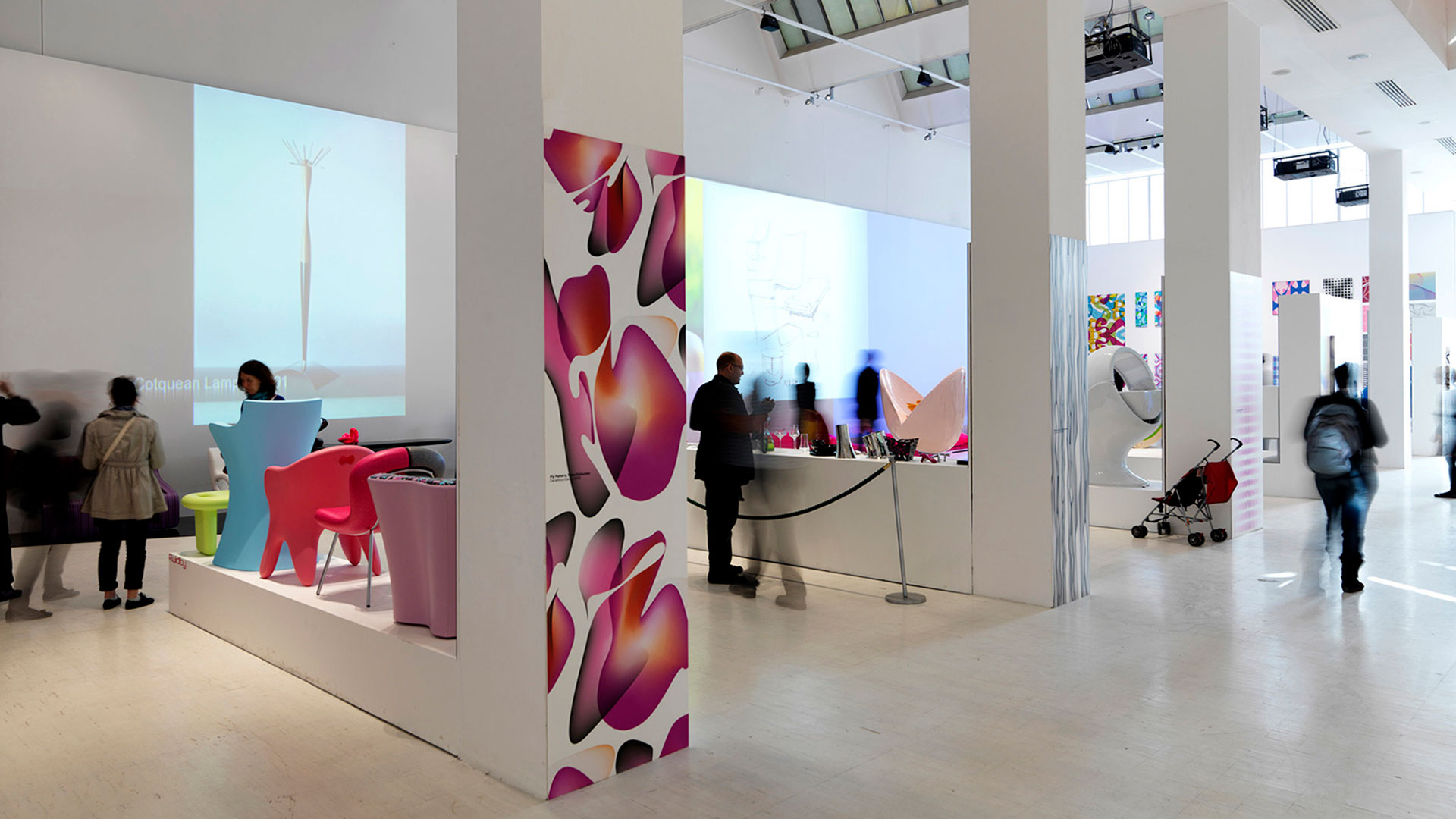 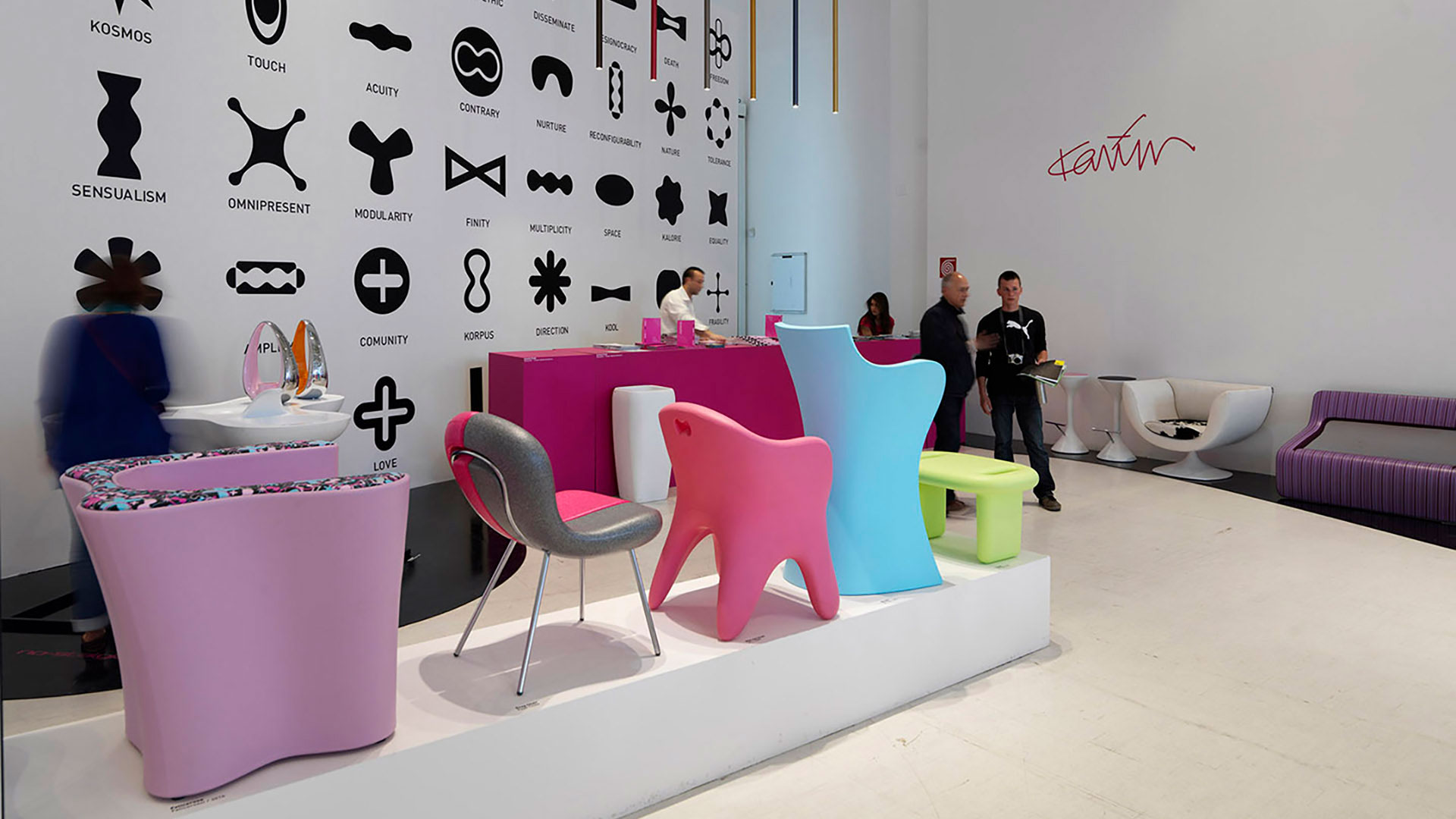 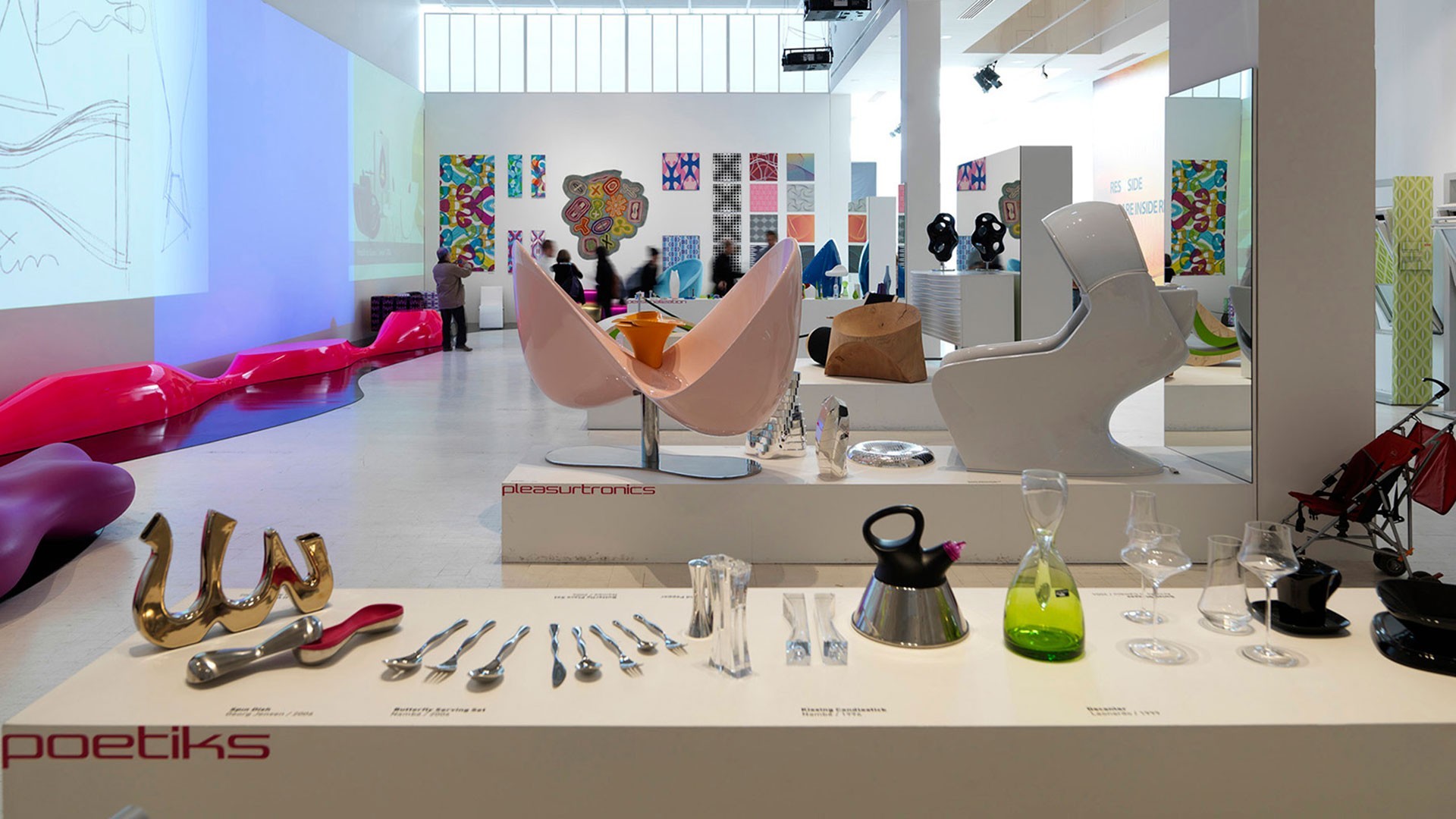 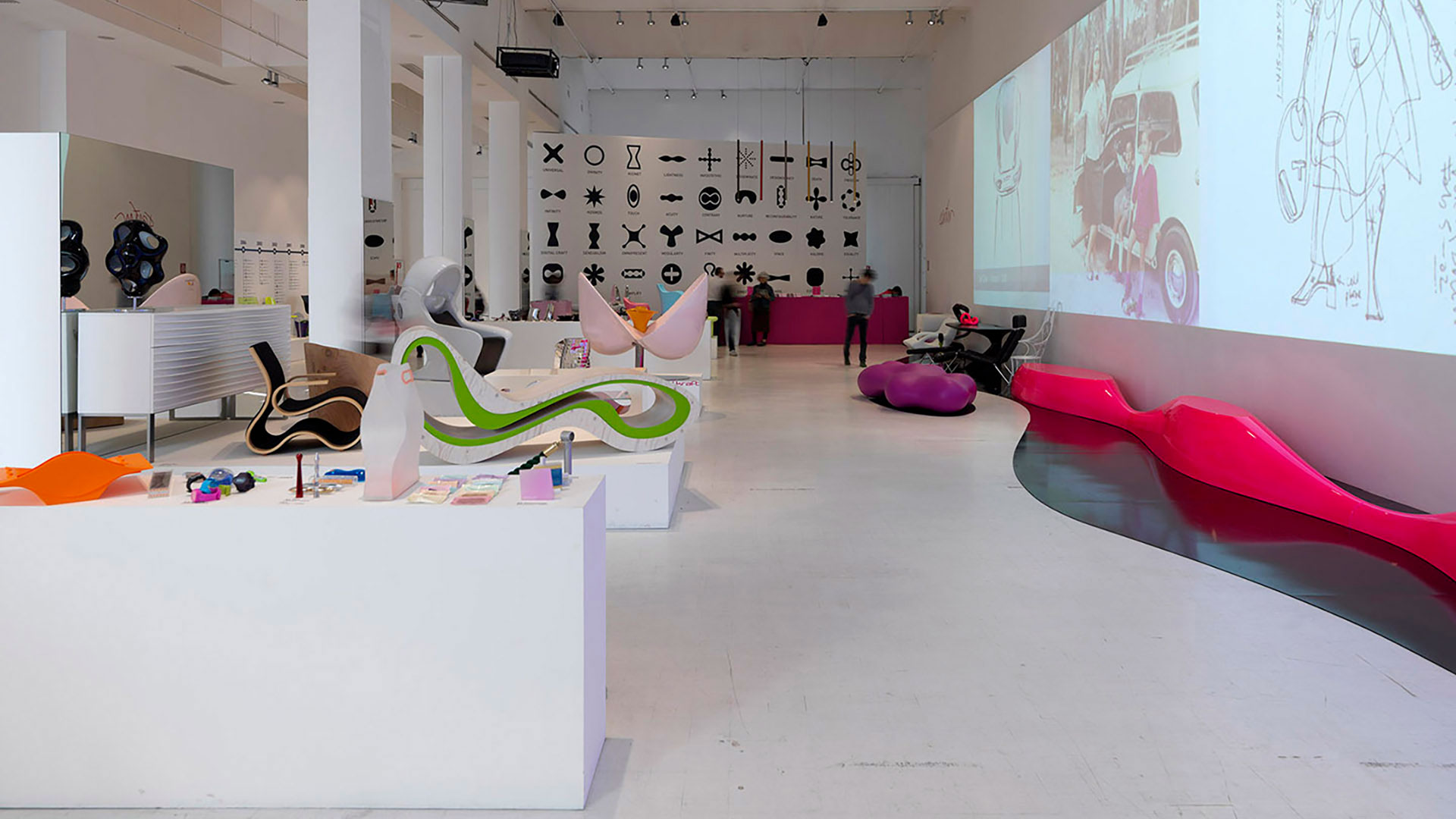 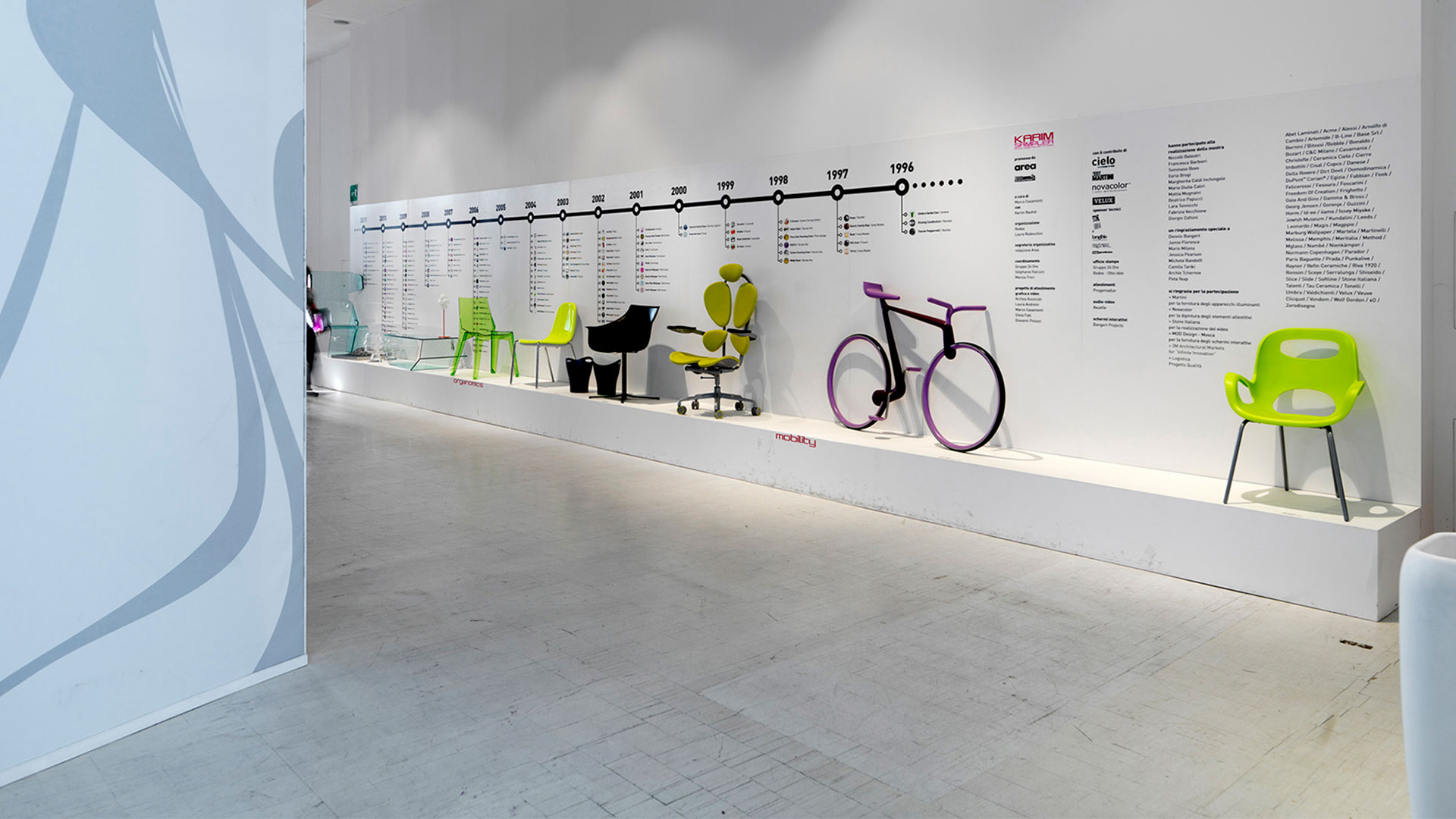 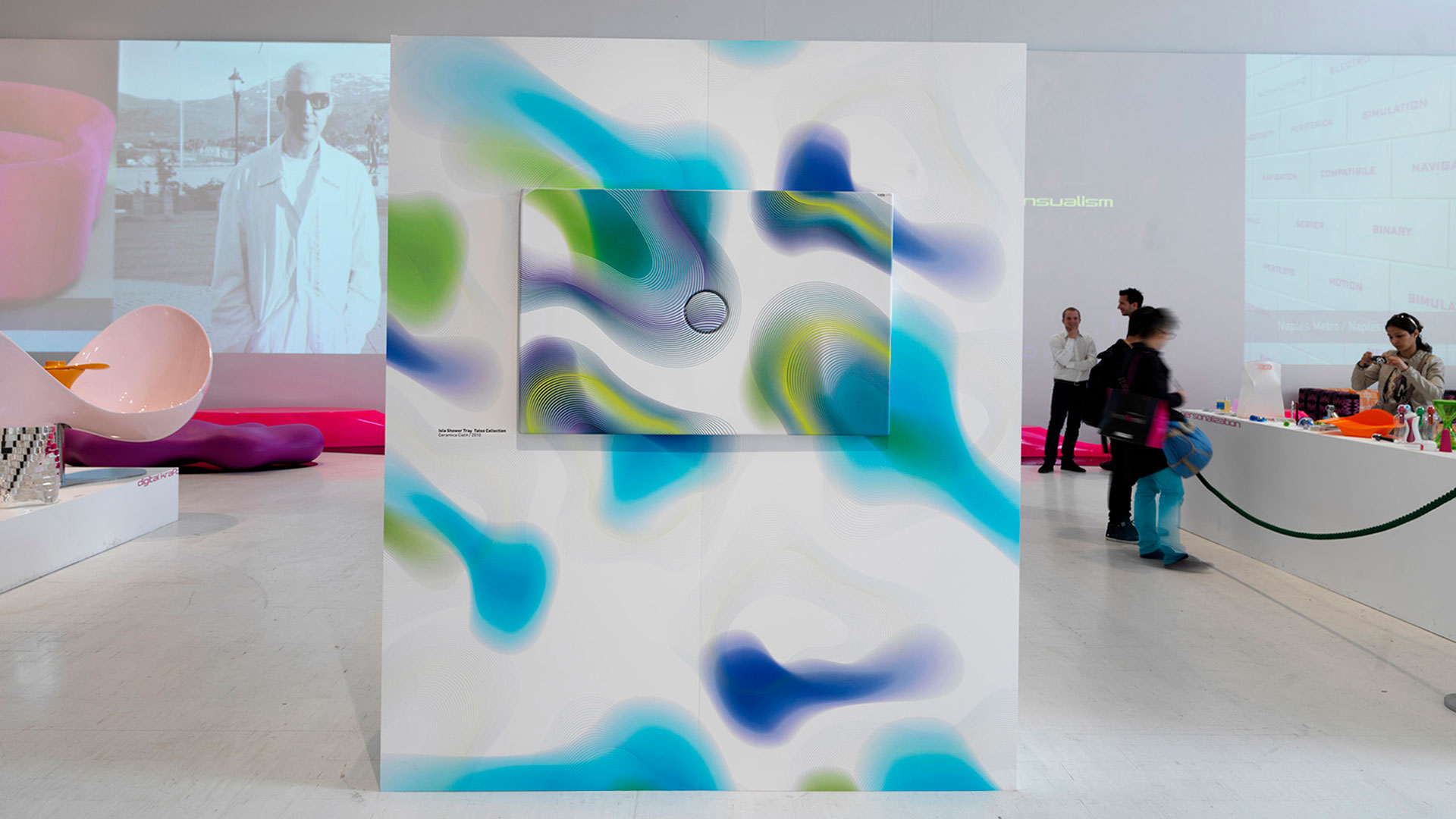