The existing industrial complex, placed in front of a large green area and a recent residential district, is part of the outskirts of Lainate. The overall reorganization of the plant comprises the construction of a new office building, warehouses and goods loading areas, new parking spaces, the redesign of the interior green areas and the spaces for handling of goods. The fragmentation of the existing volumes has been screened by an enclosure consisting of a sequence of double uprights in galvanised steel covered by perforated sheet metal onto which an alliteration of circular elements in glass, with variable diameter, are fixed. In addition to enclosing the beech garden, the warehouse and the entrance building, this wing forms a single, gelatinous urban front that is more than 200 metres long. The new façade transforms the industrial complex into an ethereal urban façade which evokes both the extraordinary fountains with water jets of the Villa Litta in Lainate and the production of caramels and candies which characterizes the corporate identity. The new office building, conceived as energetically self-sufficient organism, consists of three parallel volumes connected to one another through open courts.
The façade in galvanized steel of the automated warehouse and the logistic building of the Perfetti Van Melle plant gives the historical confectionery plant a new appearance in the form of a more than two hundred meters long and sixteen meters high semi-transparent curtain.
The structure, conceived by the Archea firm in collaboration with the design firm Favero & Milan Ingegneria S.r.l., is formed by several superimposed levels:about two hundred frames formed of “L” profiles assembled by means of threaded bars and bolt so as to form a continuous reticular system; about eight hundred panels that serve as support for the glass discs; about forty thousand glass discs realized in two different formats and surface treatments: transparent, lucid brushed and opaque brushed. By night the lighting system placed at the base of the façade changes the colour of the discs. 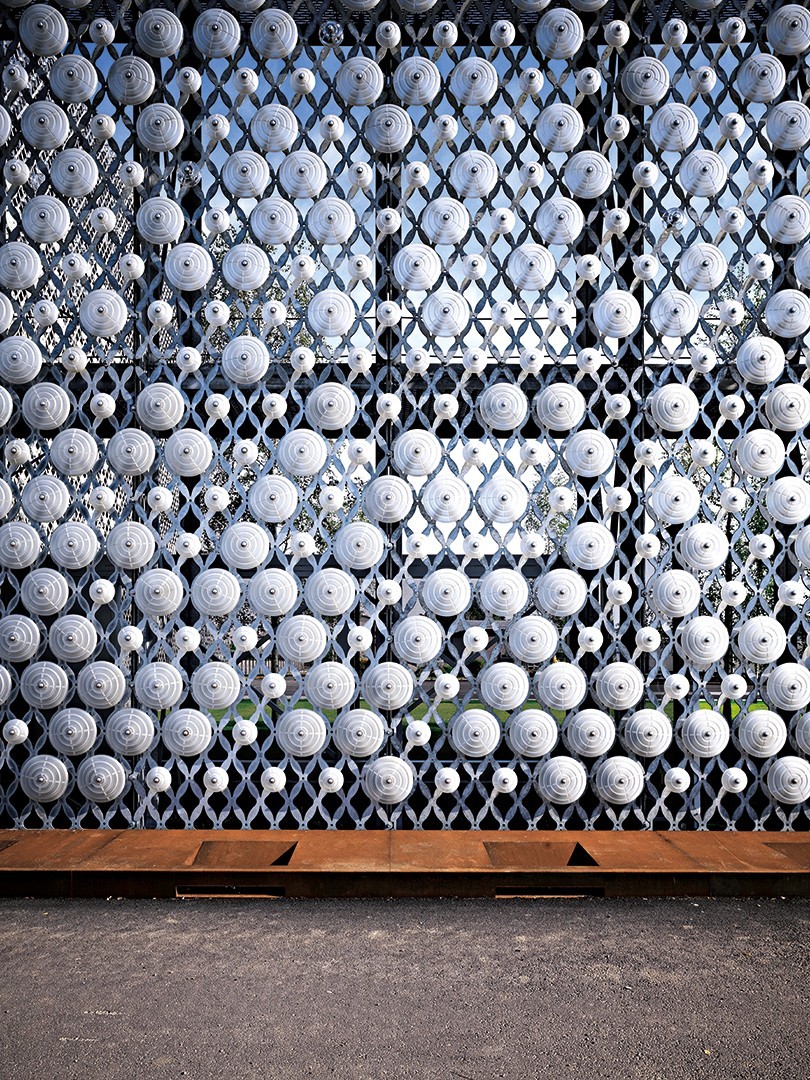 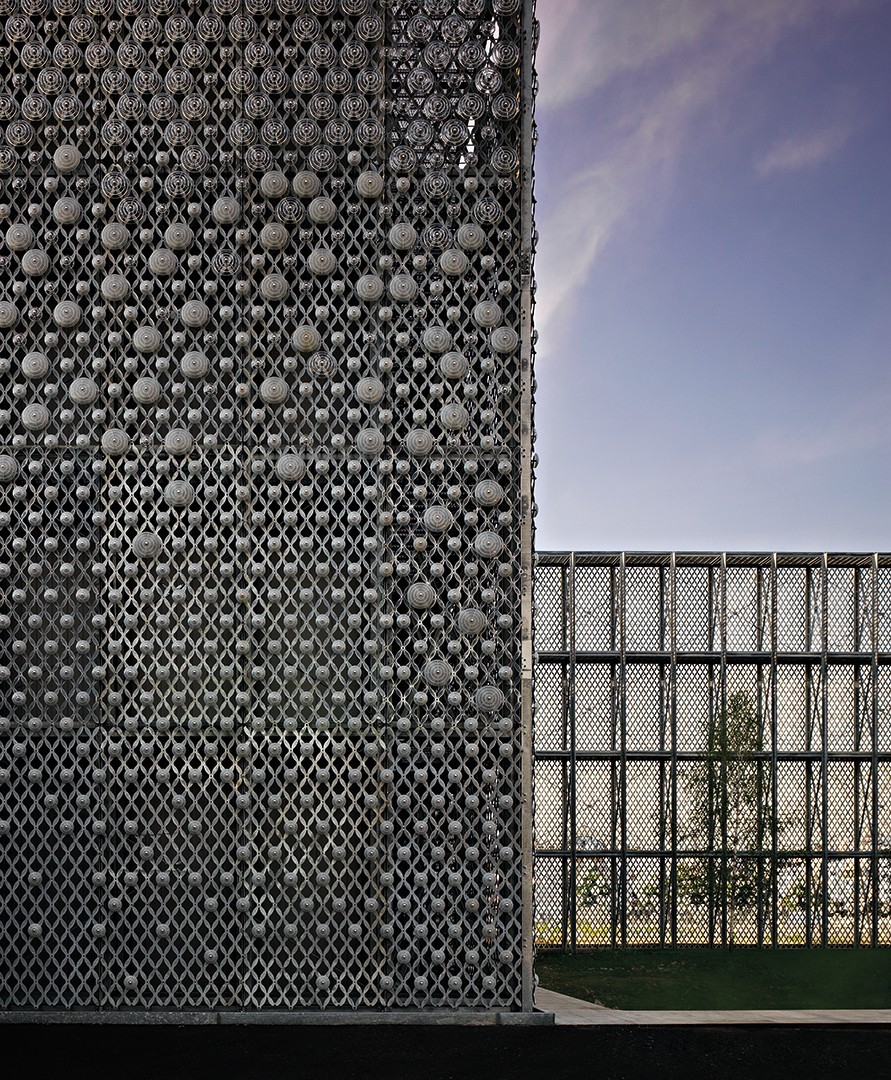 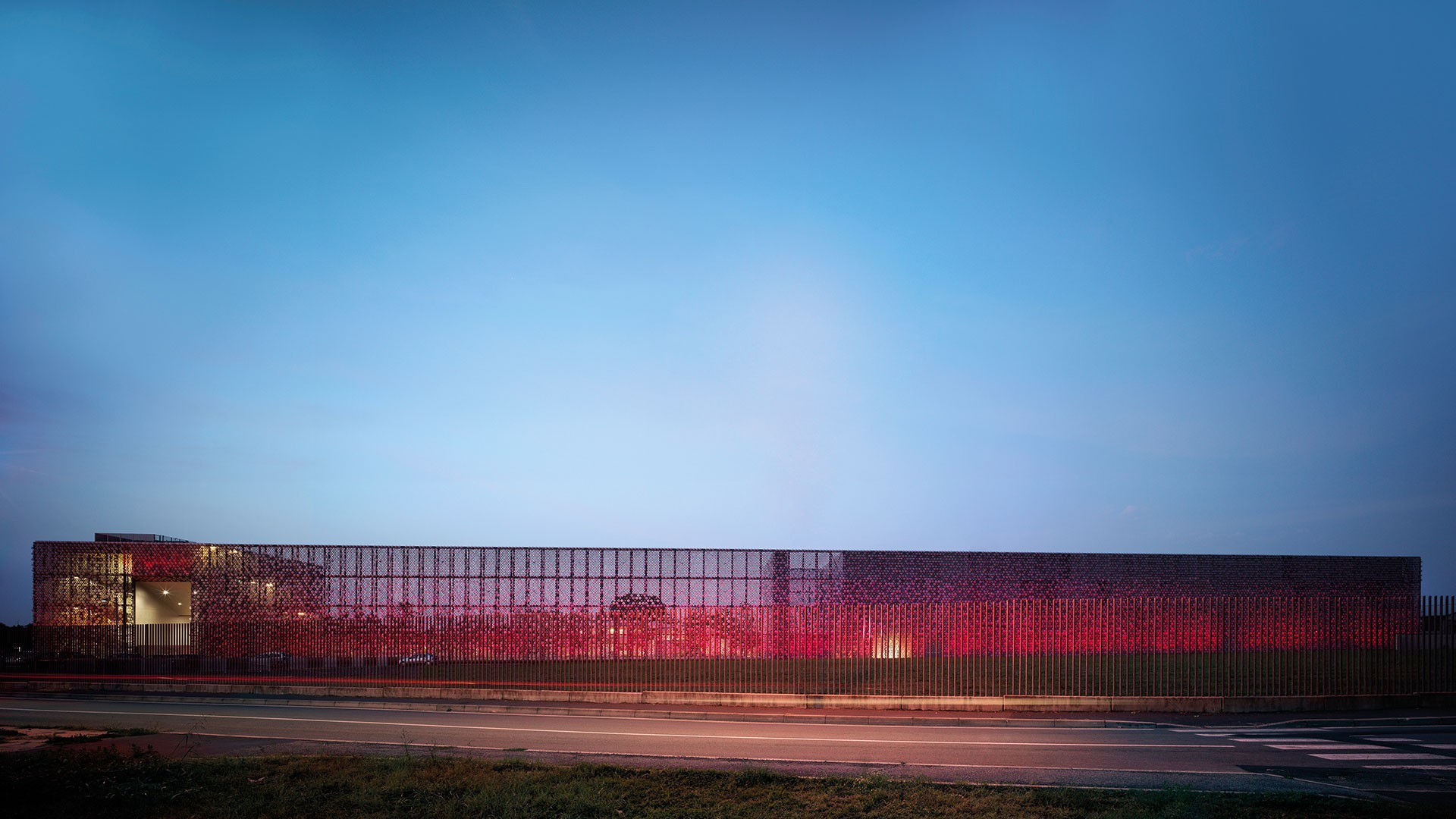 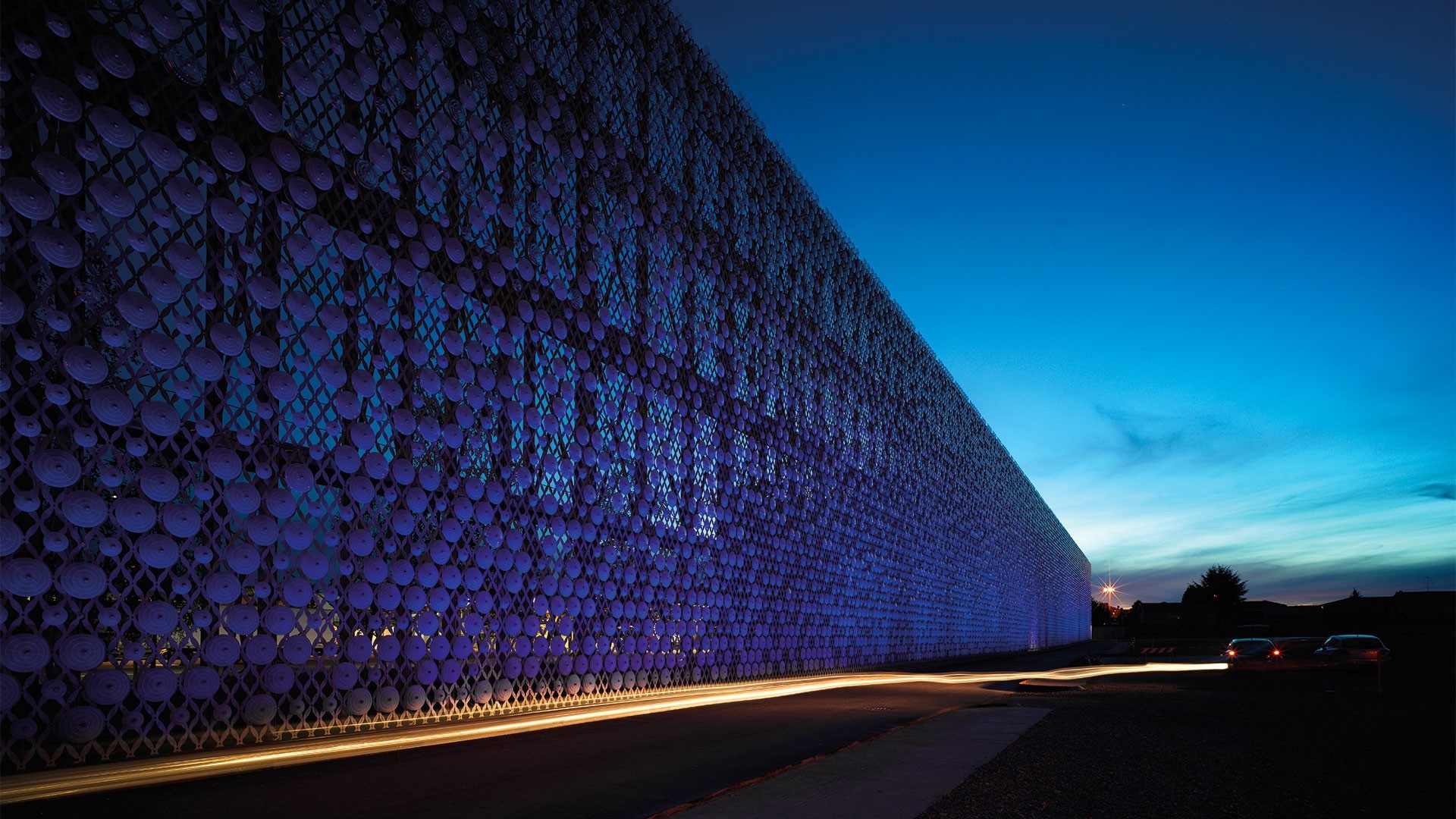 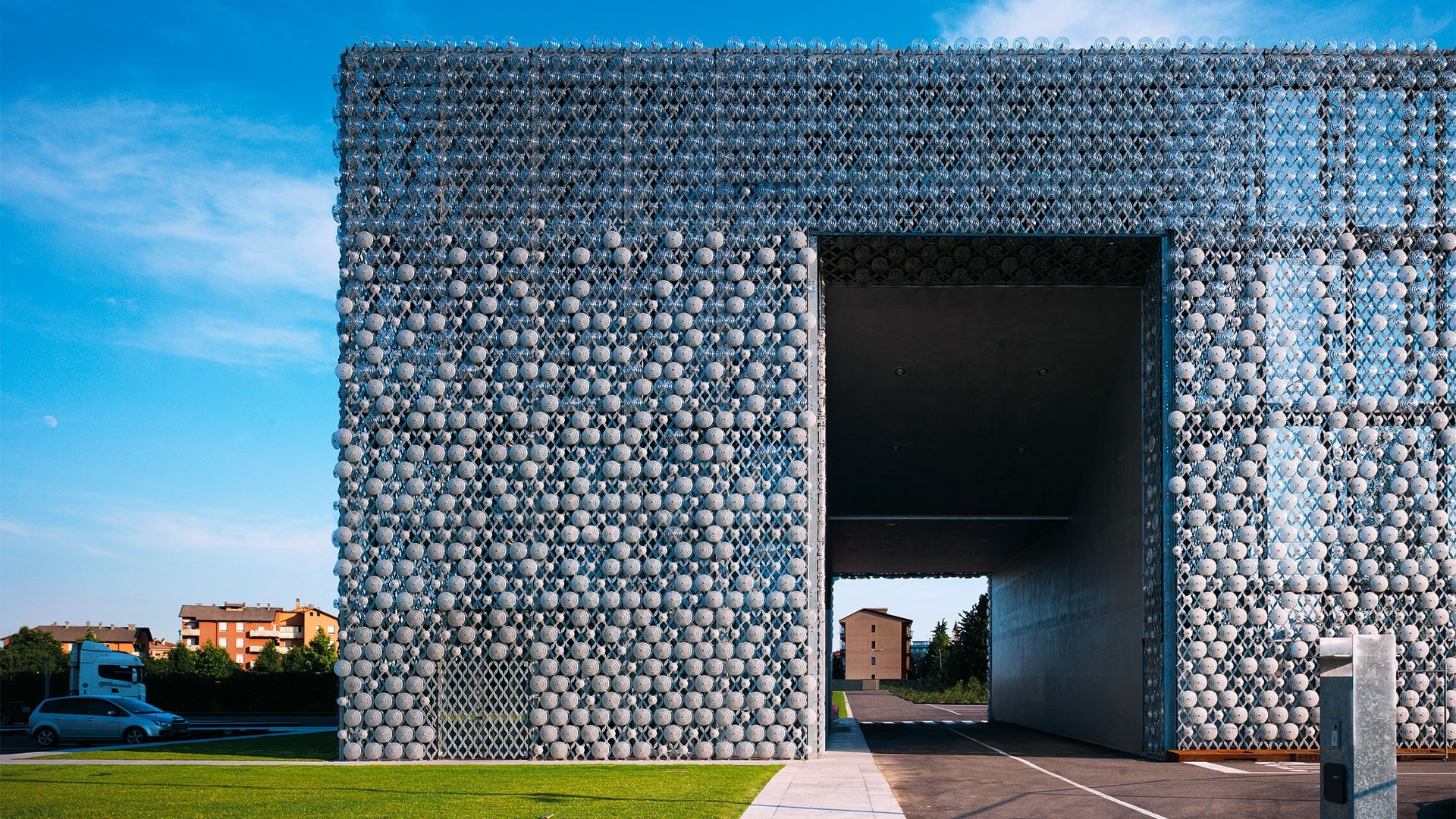 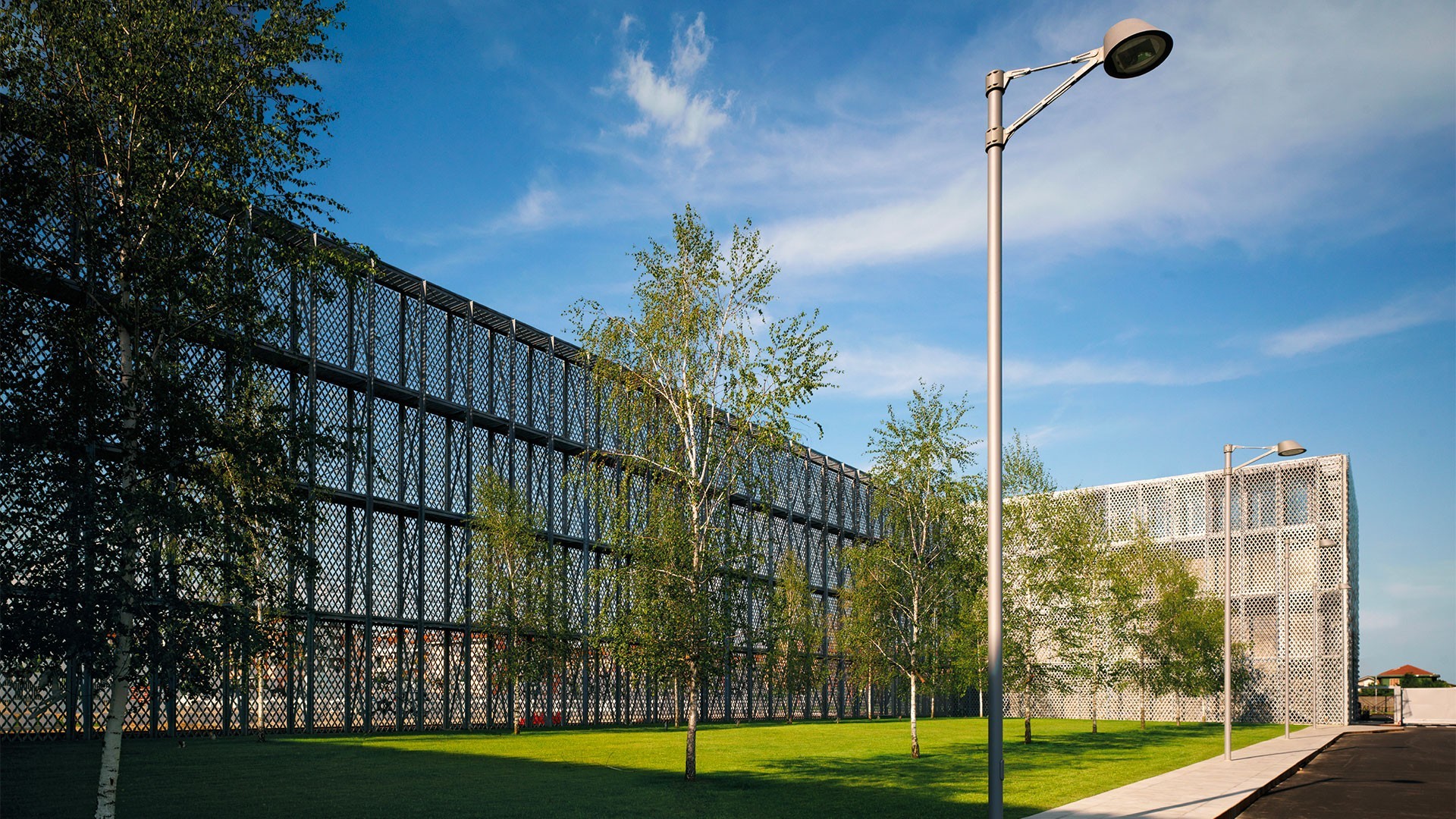 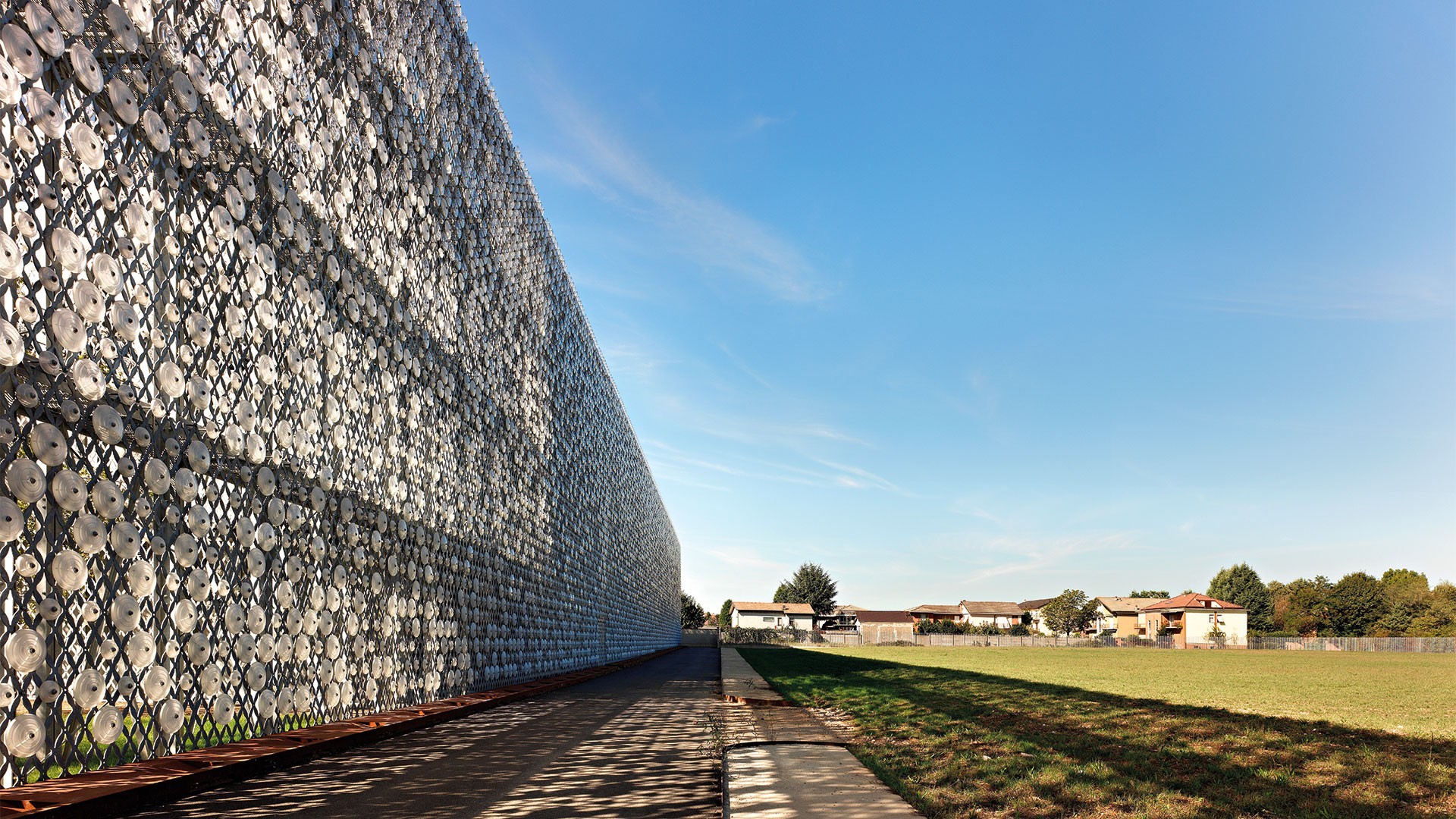 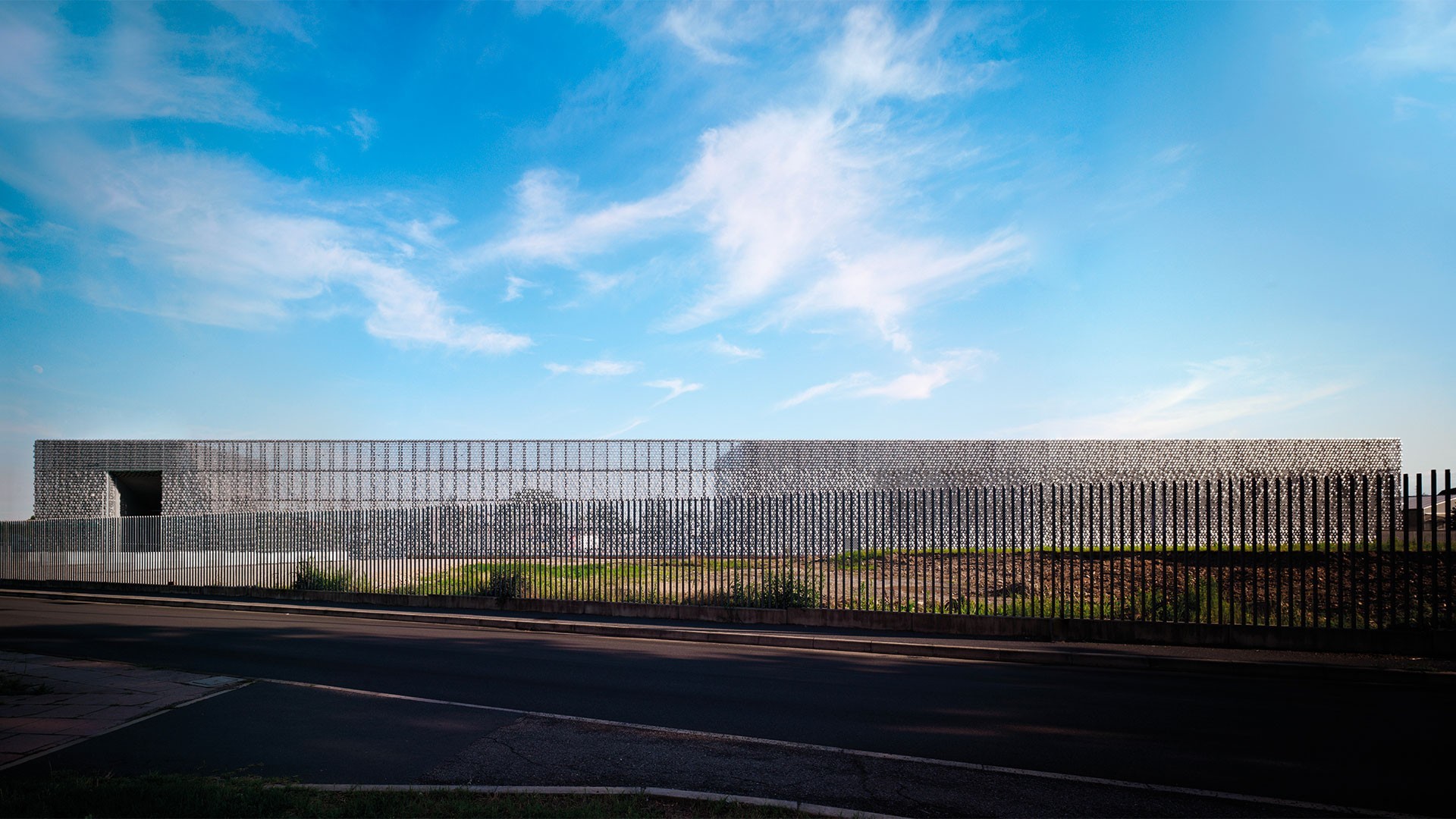 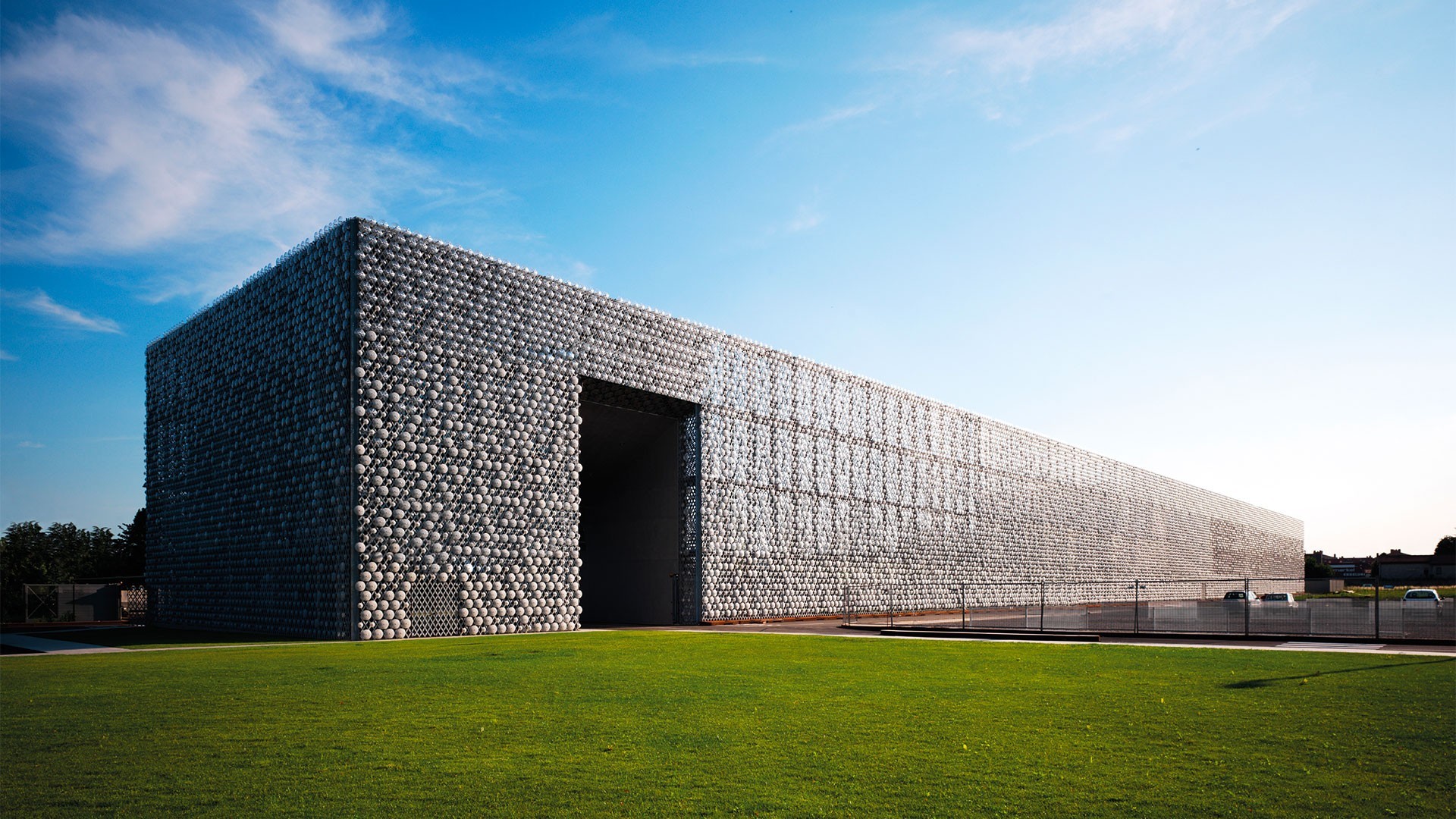