The site is set between the established city and new developments near Merate’s historic center. The instructions for the project for this area, which covers more than a square hectare, were set in the city’s general urban plan and by the public who had opposed an earlier proposal to turn the area into a service industry district. The project includes an underground parking lot and a landscaped green area compatible with the established urban fabric and its emerging features. The proposal keeps to the idea of a park and a square, maintaining the built city’s spirit without imposing its own volumes; a system of rampart/terraces navigates the changes in levels with stairways and ramps, organizing the square’s area in panoramic levels. Making use of the natural shifts in levels and the spaces freed from the containment walls for the new roofs covered with a simple grass layer, the project creates an outdoor theatre, spaces for cultural organizations and a café, plus an underground parking lot with over 130 spaces. The greenery of the lawn and the trees combines with vertical and sloping surfaces that are covered in hand-made brick that is narrow and elongated, that gives uniformity and relates the new square to the building tradition of the city’s central tower. 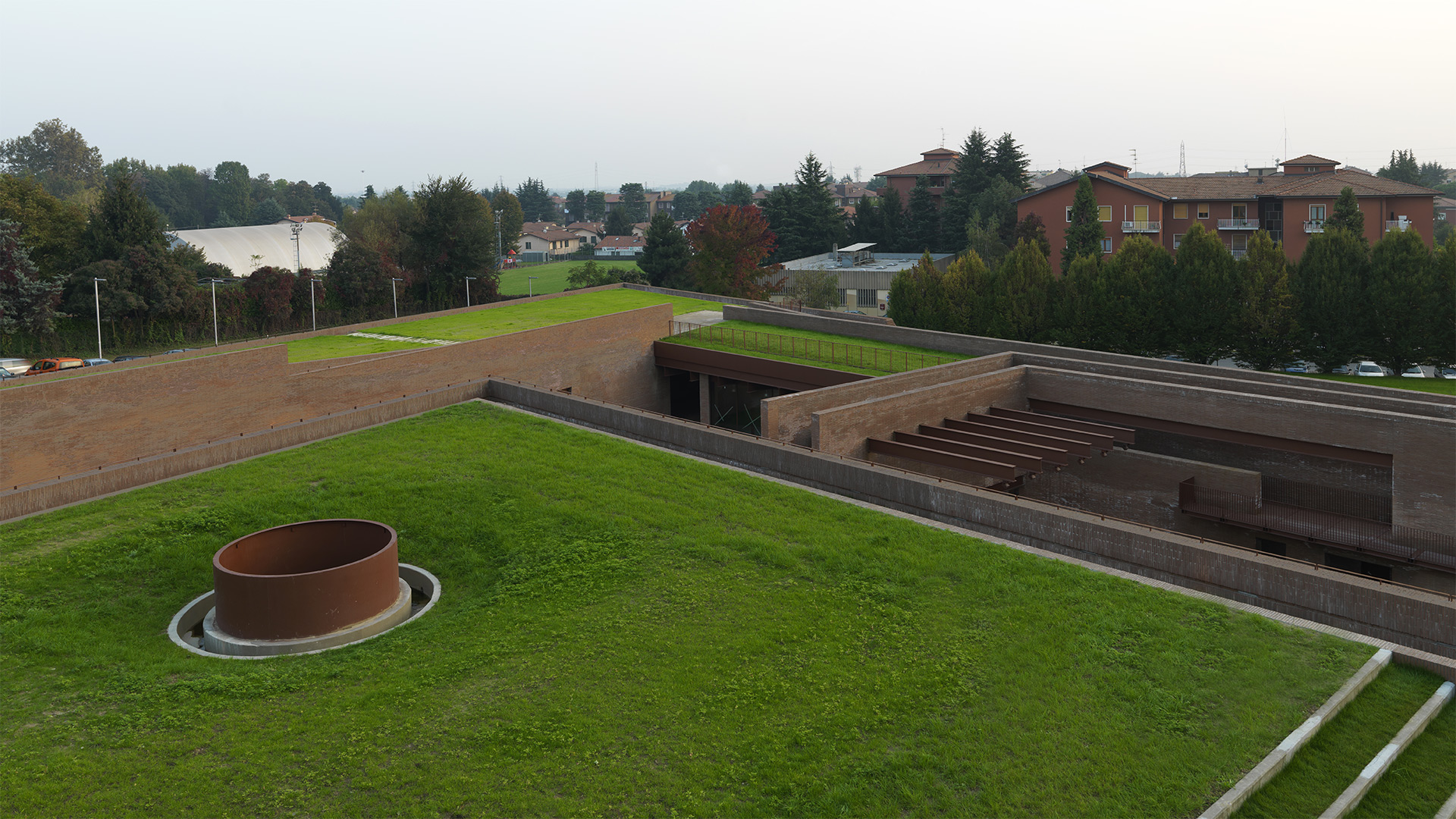 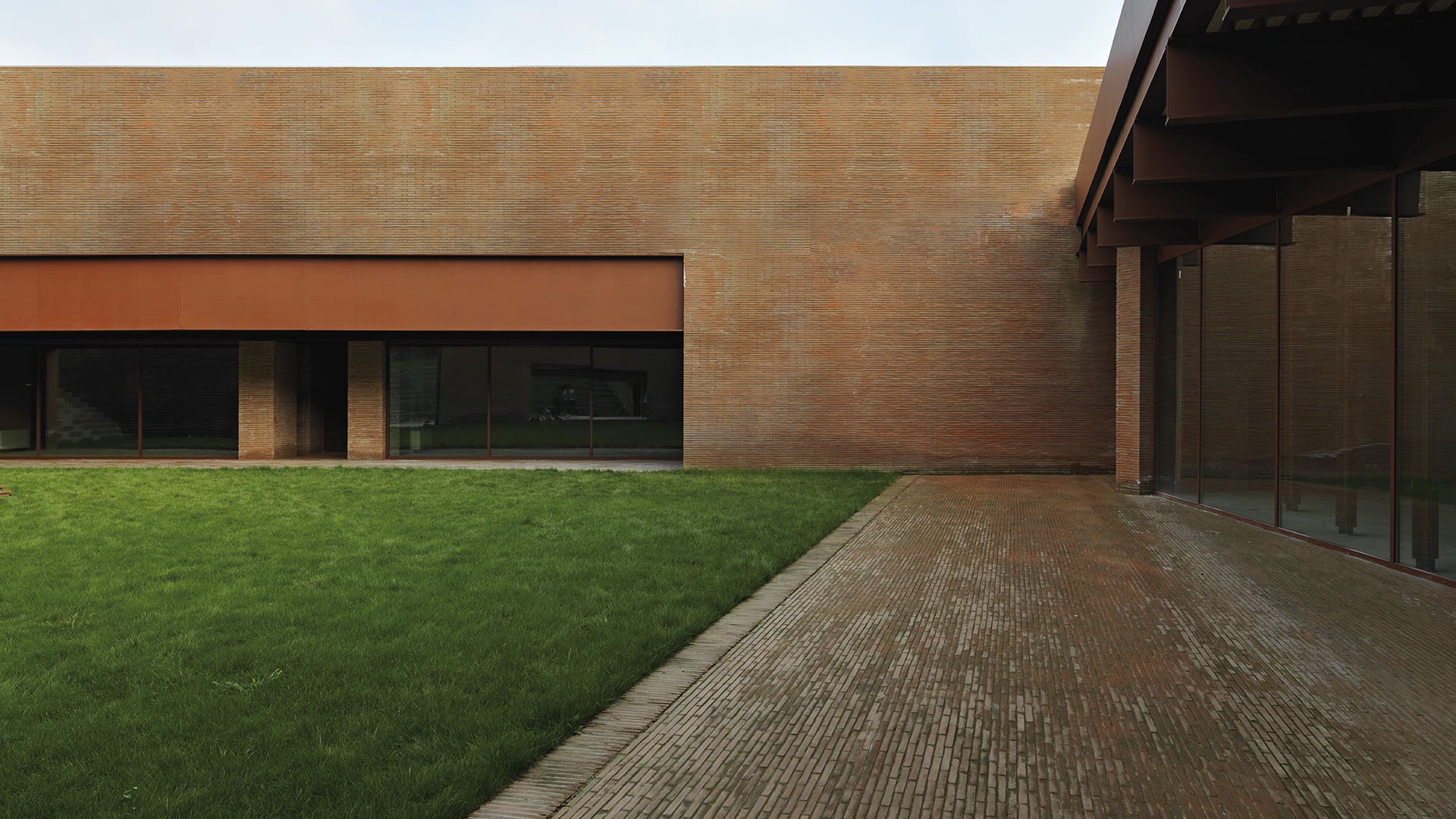 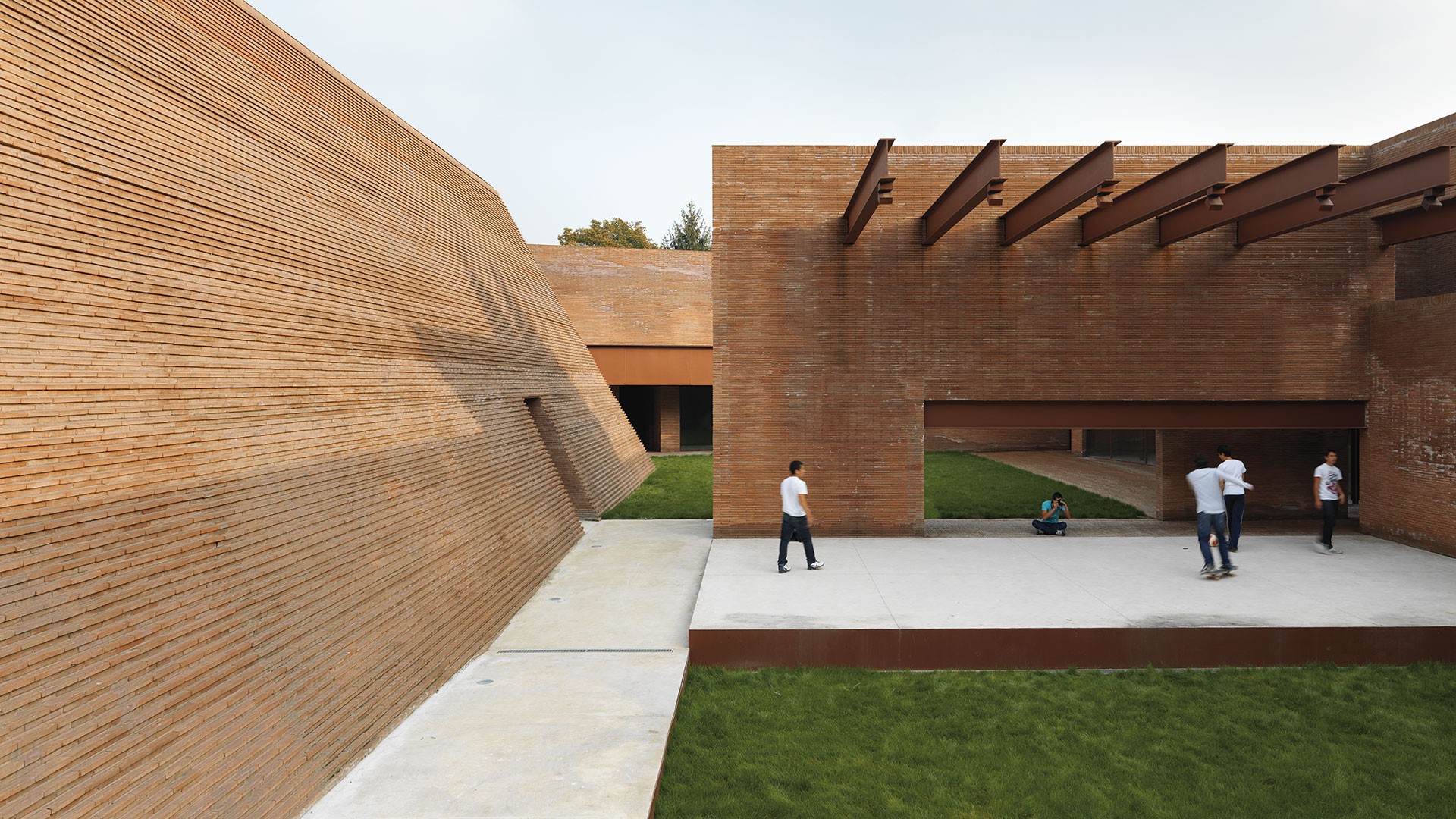 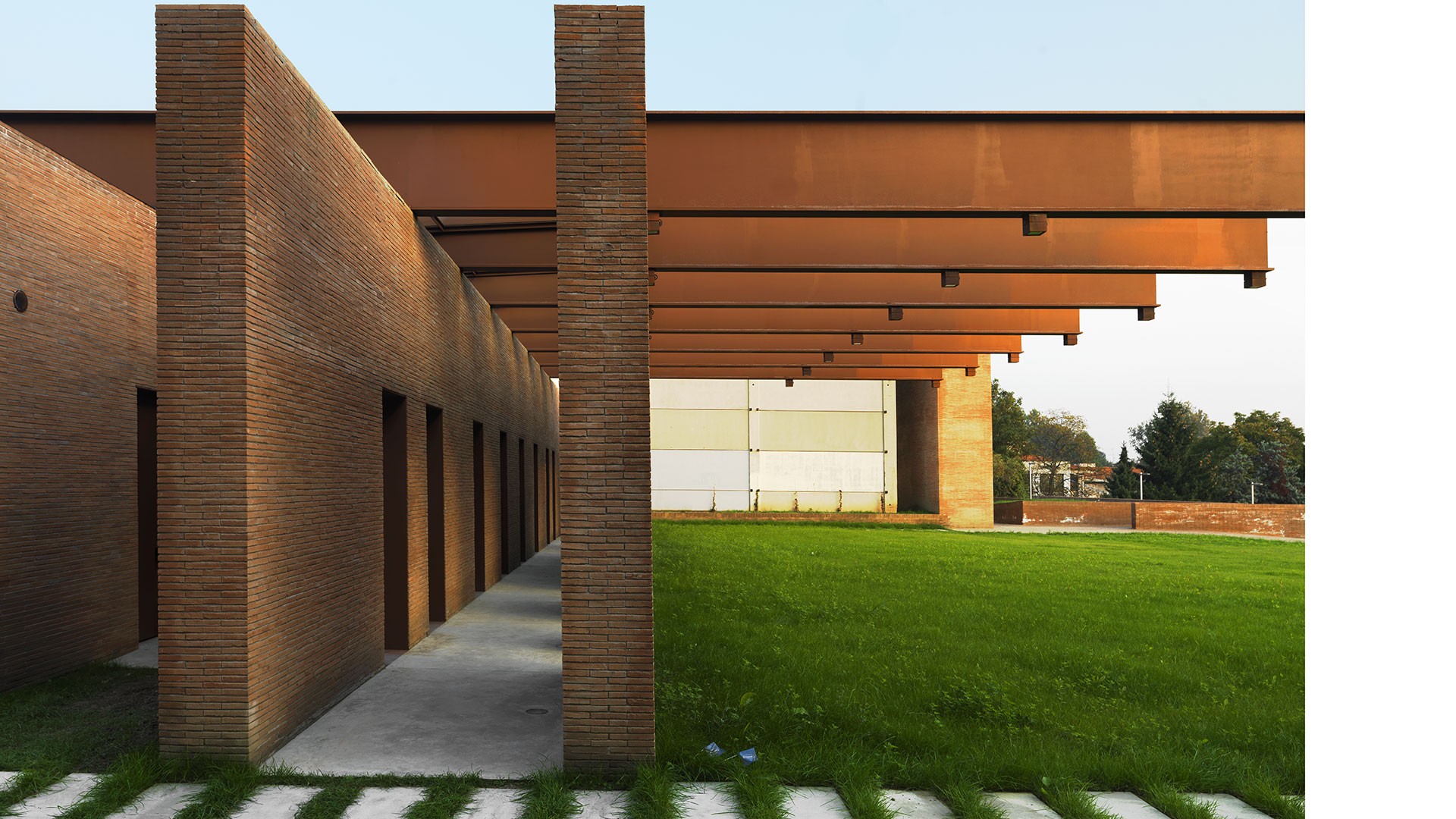 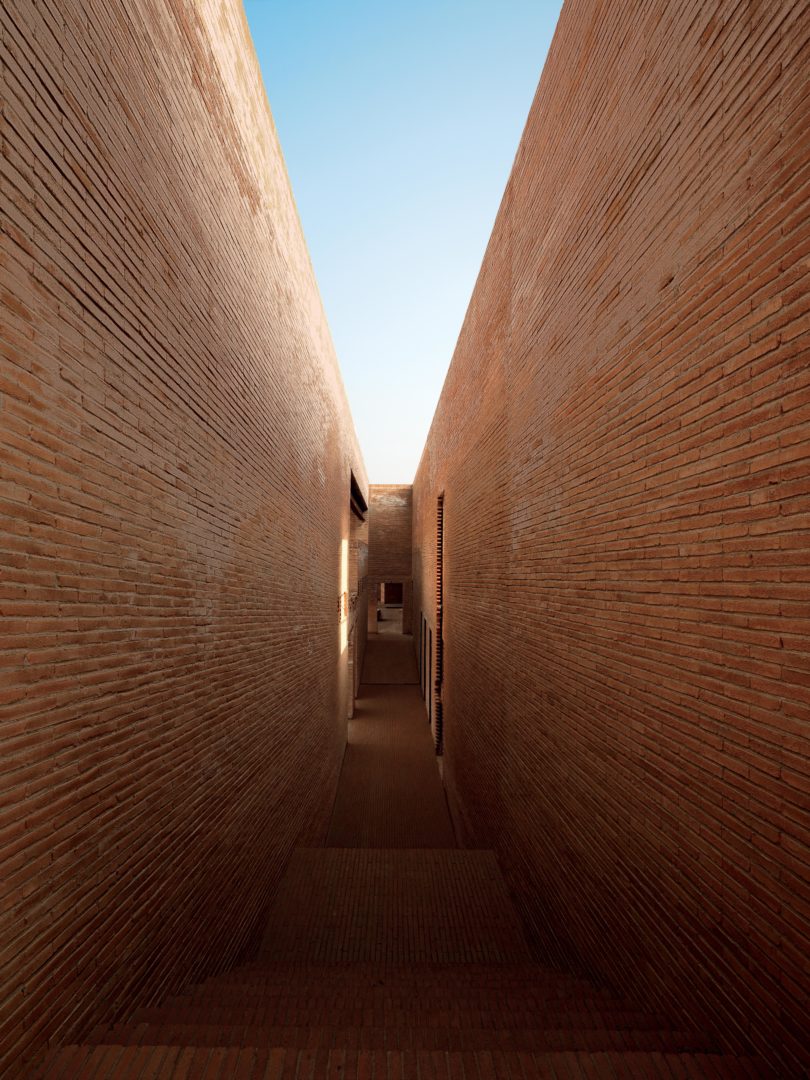 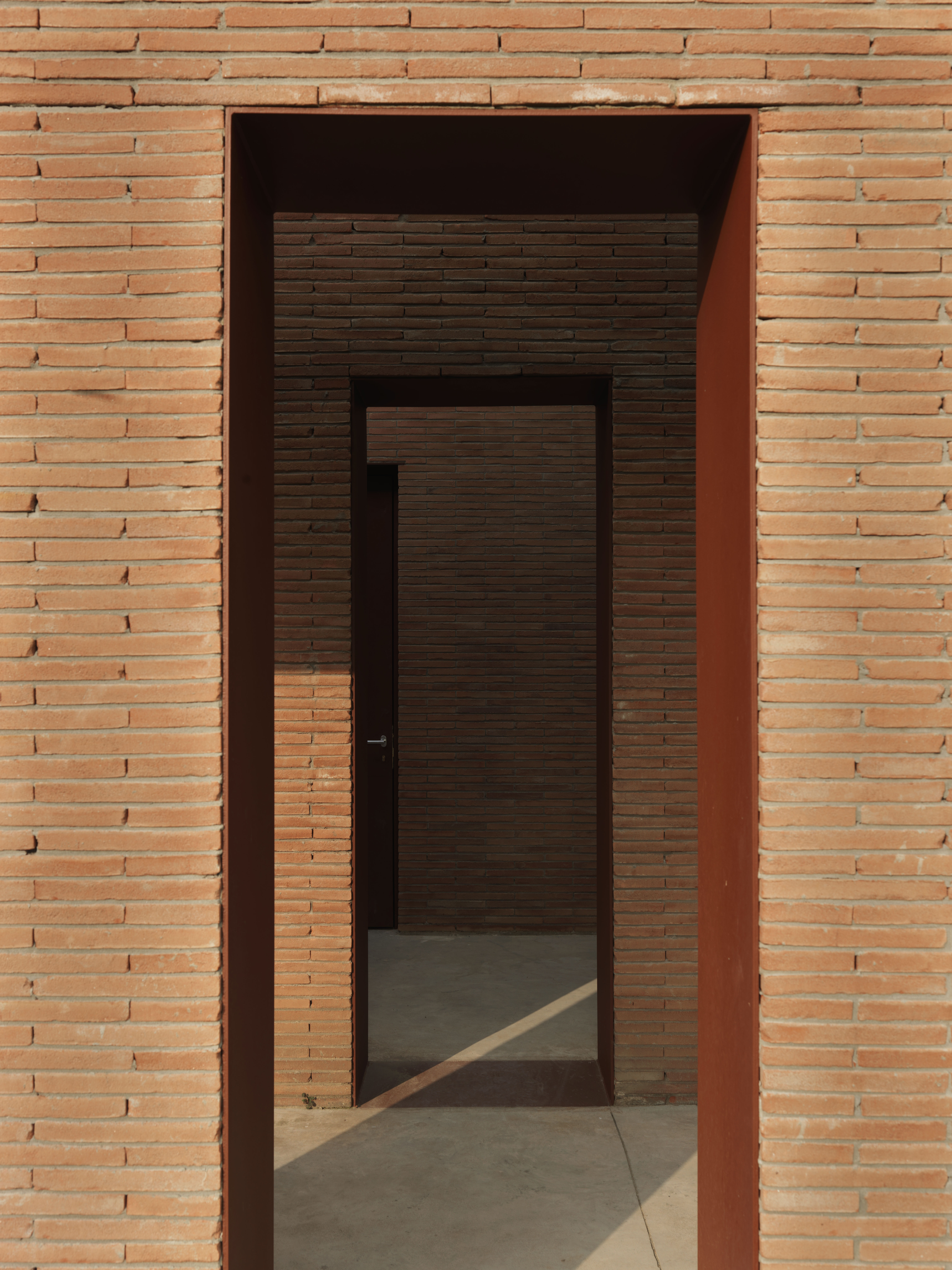