The needs for renovation and expansion of the Le Terrazze nursing home in the municipality of Cunardo have been met by Archea in cooperation with architect Lorenzo Cortellari; the team have designed the facing of the new wing of the complex and its new wing.
The design of the outer surfaces of the new building has been based on an attentive analysis of the nature and the anthropized context surrounding it, and is characterized by the natural materials typical of the local mountain architecture. However, a traditional use of stone and wood has been combined with the new technologies and materials offered by the world of contemporary constructions.
The new curtain wall facing is thus made of a composite material (Listotech) in pigmented adaxite, cast in linear pre-compressed modules accompanied by a core in tensile steel wire braids. The high performance of the material in terms of mechanic resistance and durability is combined with a surface that repels infiltrating agents, closely resembles wood and requires minimal maintenance.
These about 10 cm wide vertical panels cover all the outer walls of the new building, which is placed outside the existing aggregate, with the sole exception of the glazed openings. The panels, assembled in superimposed strips, are not flush but rotated in different ways with respect to the façade surface in some points, in order to create light and shade effects and thus an impression of movement, evoking the walls formed of hay bales and the wooden huts of upper mountain regions; Carlo Mollino’s modern interpretation of this style in his House on the Plateau, built in the nearby location of Agra, is an admirable example of this approach.
The architects have taken inspiration from this work in their design of the new expansion, which features the construction of a building with four floors, two underground parking floors and two floors housing the office space required by the clinic, connected to it by a series of routes. The area is located on a sloping plot, with the clinic above it and the provincial road below. The building, located halfway in this system, aims to merge harmoniously into the territory, adapting to its orographic development.
Observation of the local mountain huts and the terraced development of the land has contributed to the definition of the elements composing the building, which are superimposed on one another: a basement in stone blocks of different shapes which contains the parking spaces, a projecting body housing offices and a pitched roof, both covered by horizontal lists of Lisotech which resemble wood, thus accentuating the harmonious continuity and coherence between the materials and the skyline of the valley. 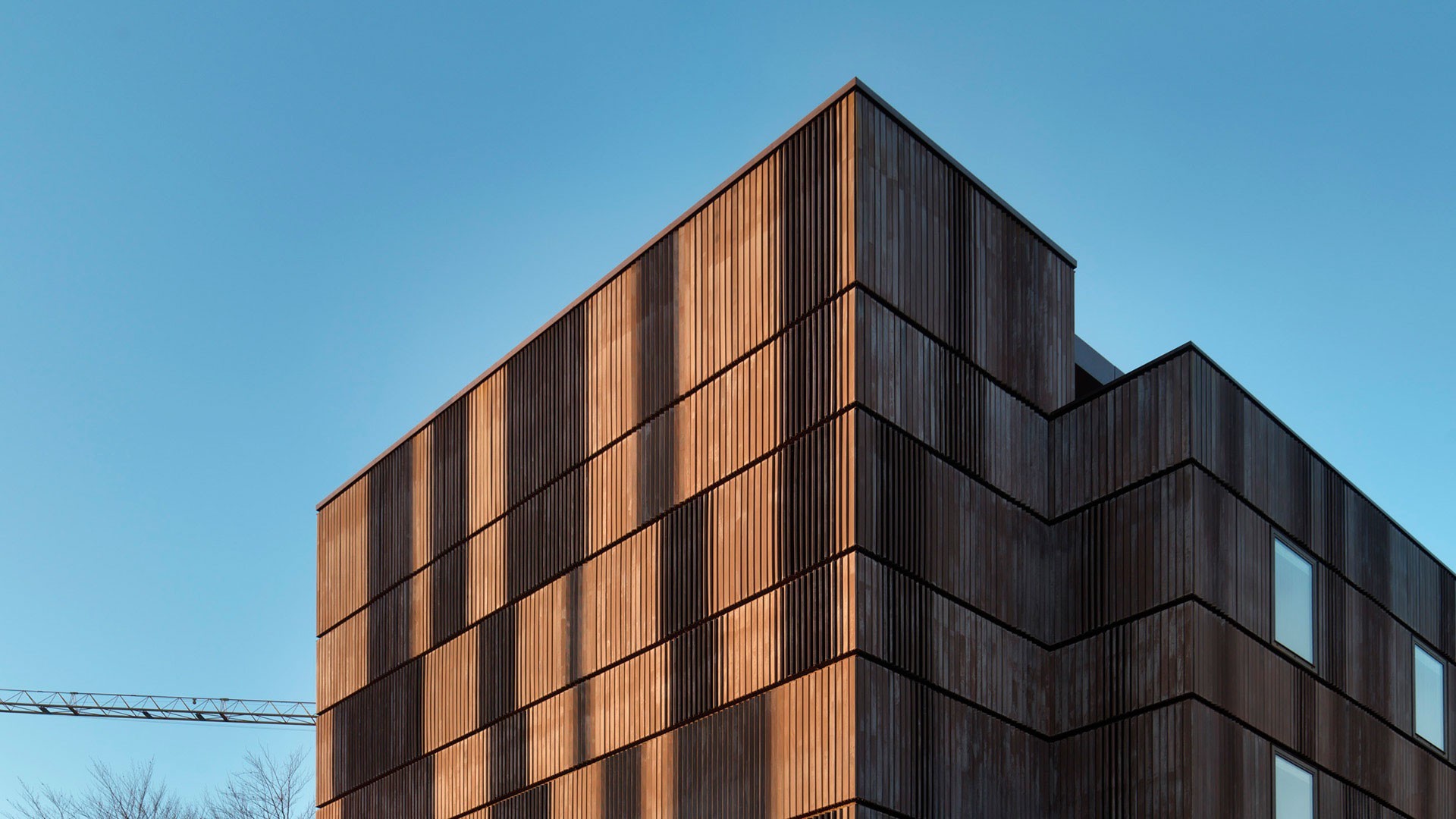 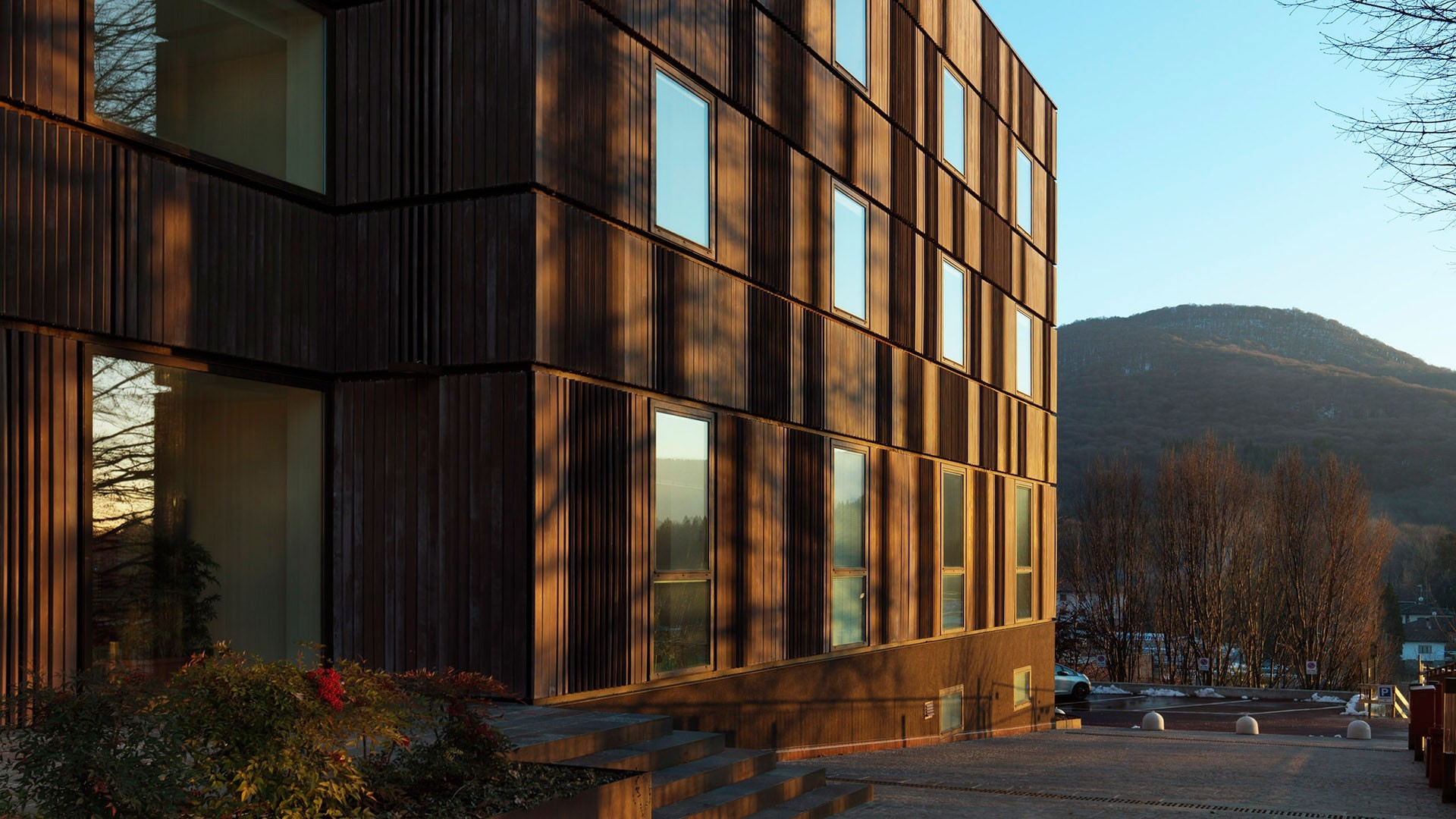 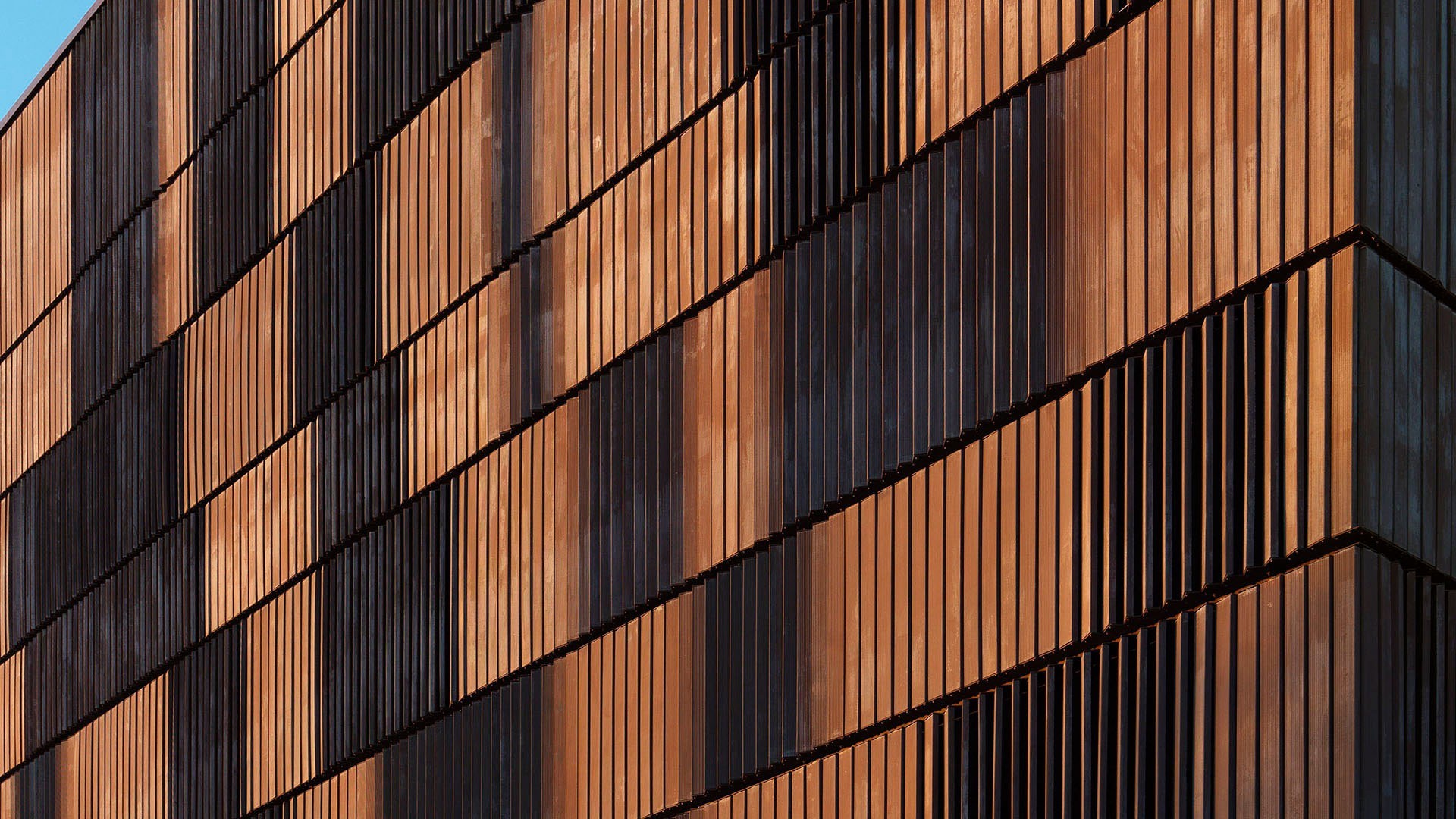 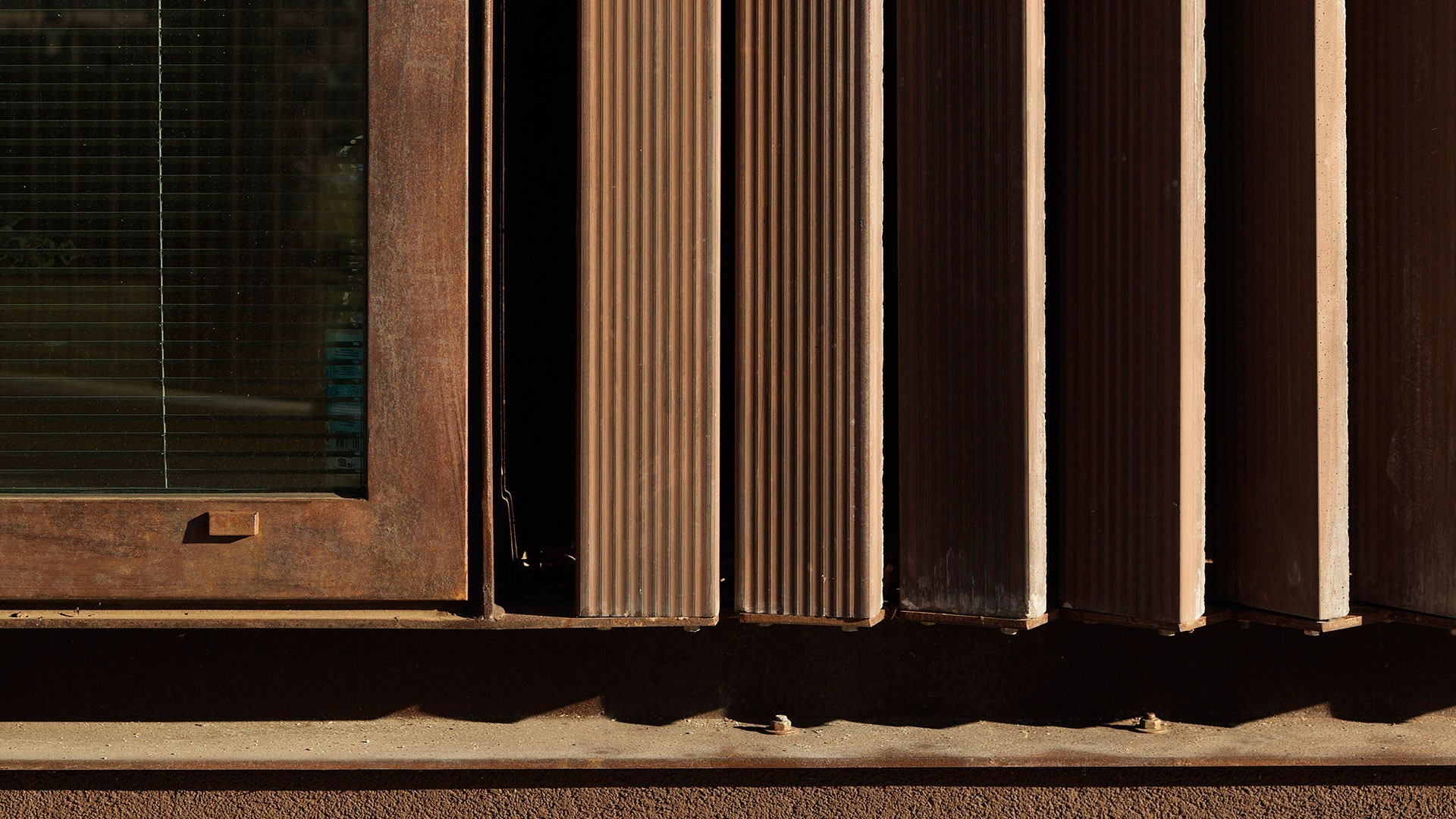 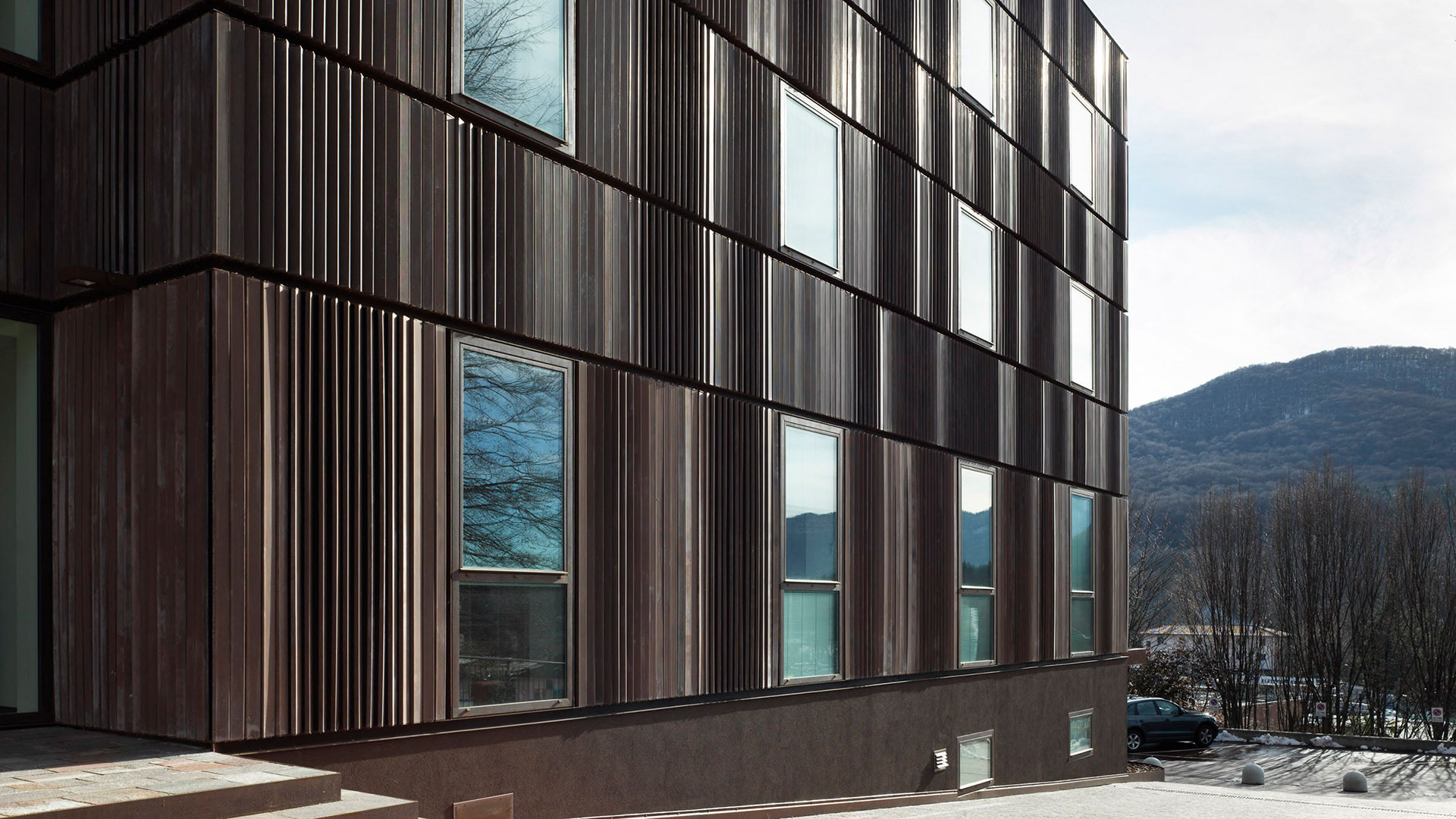 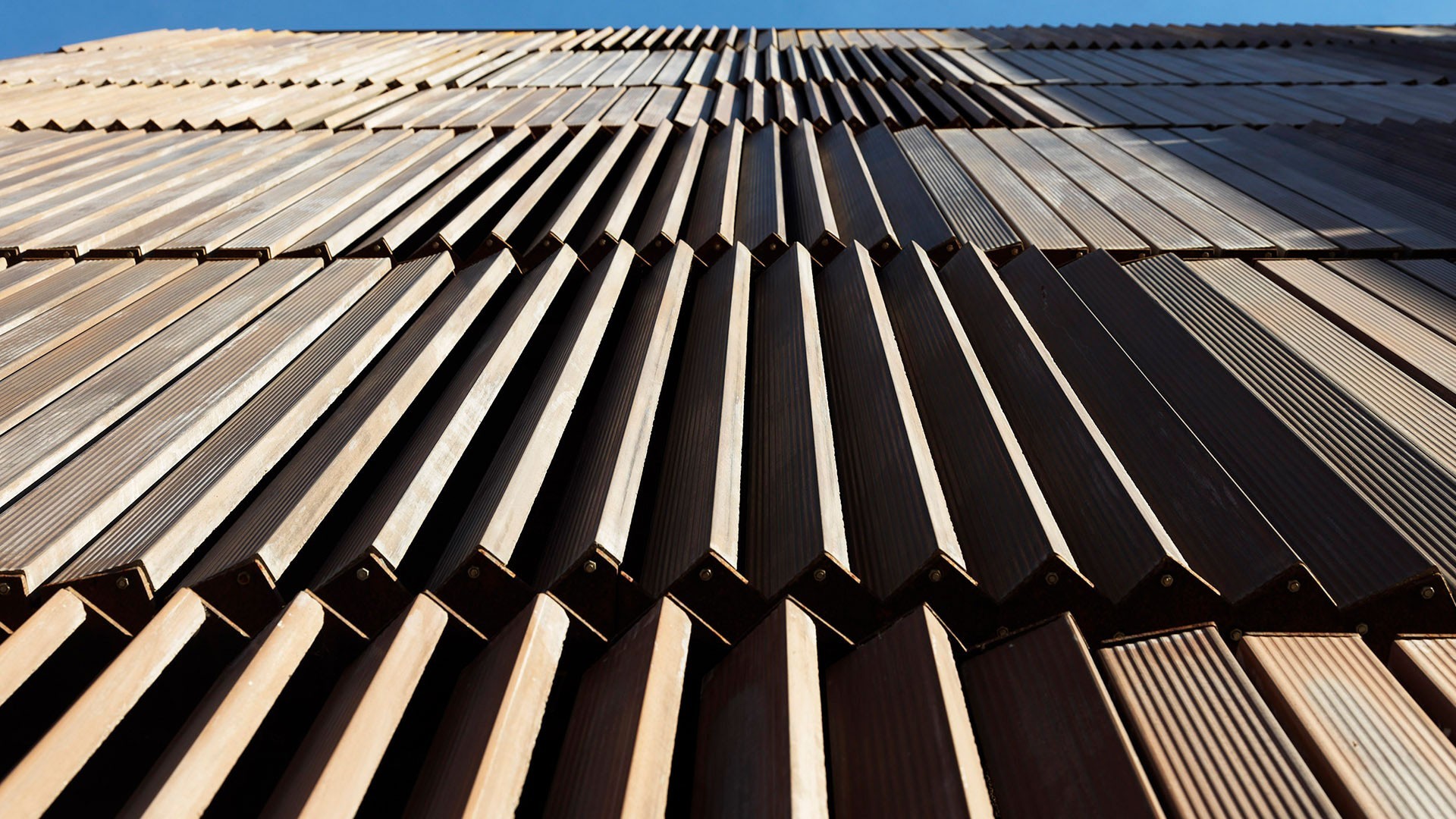