Archea took over the task of planning the construction of a residential building in via Maestri Campionesi in central Milan in 2009.
The project centres on the external façades, the public areas of the building including the entrance hall and connecting areas both to the apartments and to the garages on the ground floor and in the basements and the duplex apartments on the top floors, the sixth and seventh, which open to loggias that give the two main facades their distinctive character.
The façade on via Maestri Campionesi has a vertical development, its width being limited by the two adjacent buildings. The position of the floors is indicated by a sequence of superimposed horizontal bands, whose rhythm is interrupted by a series of vertical blades installed so as to form an irregular pattern from floor to floor, which project outwards with different inclinations. These elements are in fiberglass, painted alternatively with metallic paint or with cream-ochre colour.
Closing the succession of horizontal bands, the series of blades is modelled on the upper part of the building, to form a series of dormers of varying width and to leave space for two volumes on the ground floor, a massive one which reflects the light and an empty one in shade, withdrawn from the wall that is flush with the street, which hosts the two entrances, for pedestrians and for vehicles. The entire surface is faced by a succession of aluminium plates that are repeated to form the two vertical bands that cover the lateral edges of the façade of the building and its side walls, closed in every part. 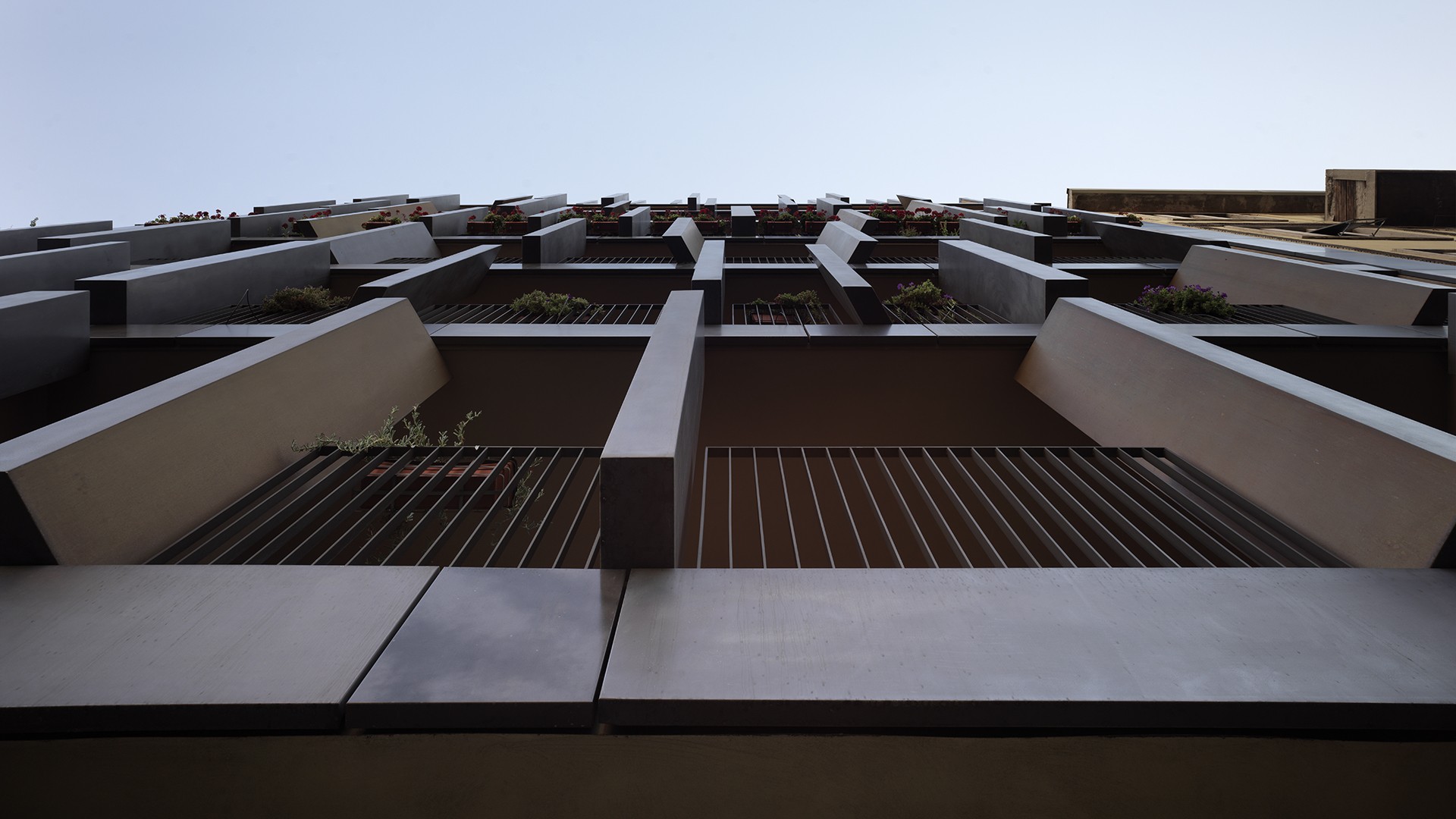 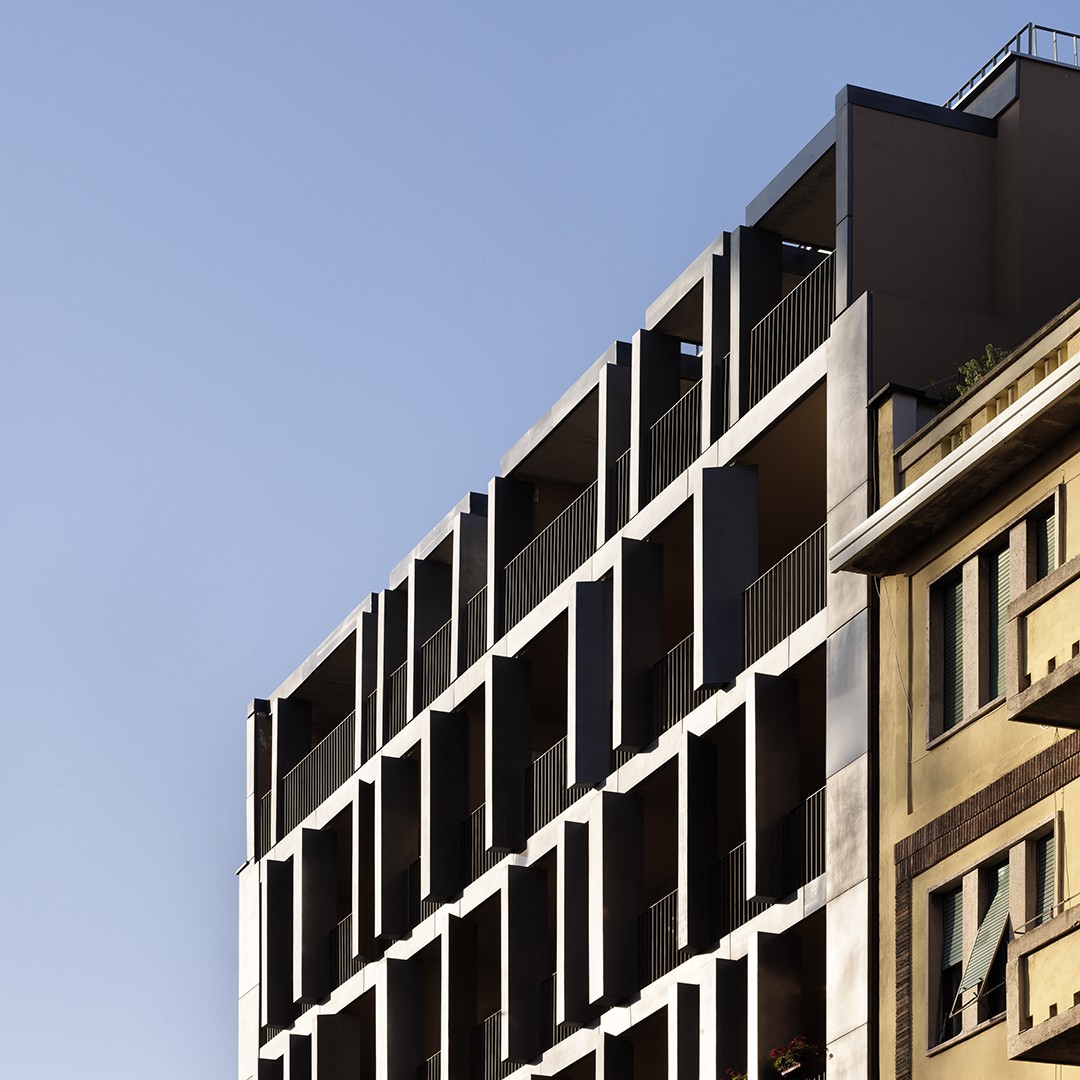 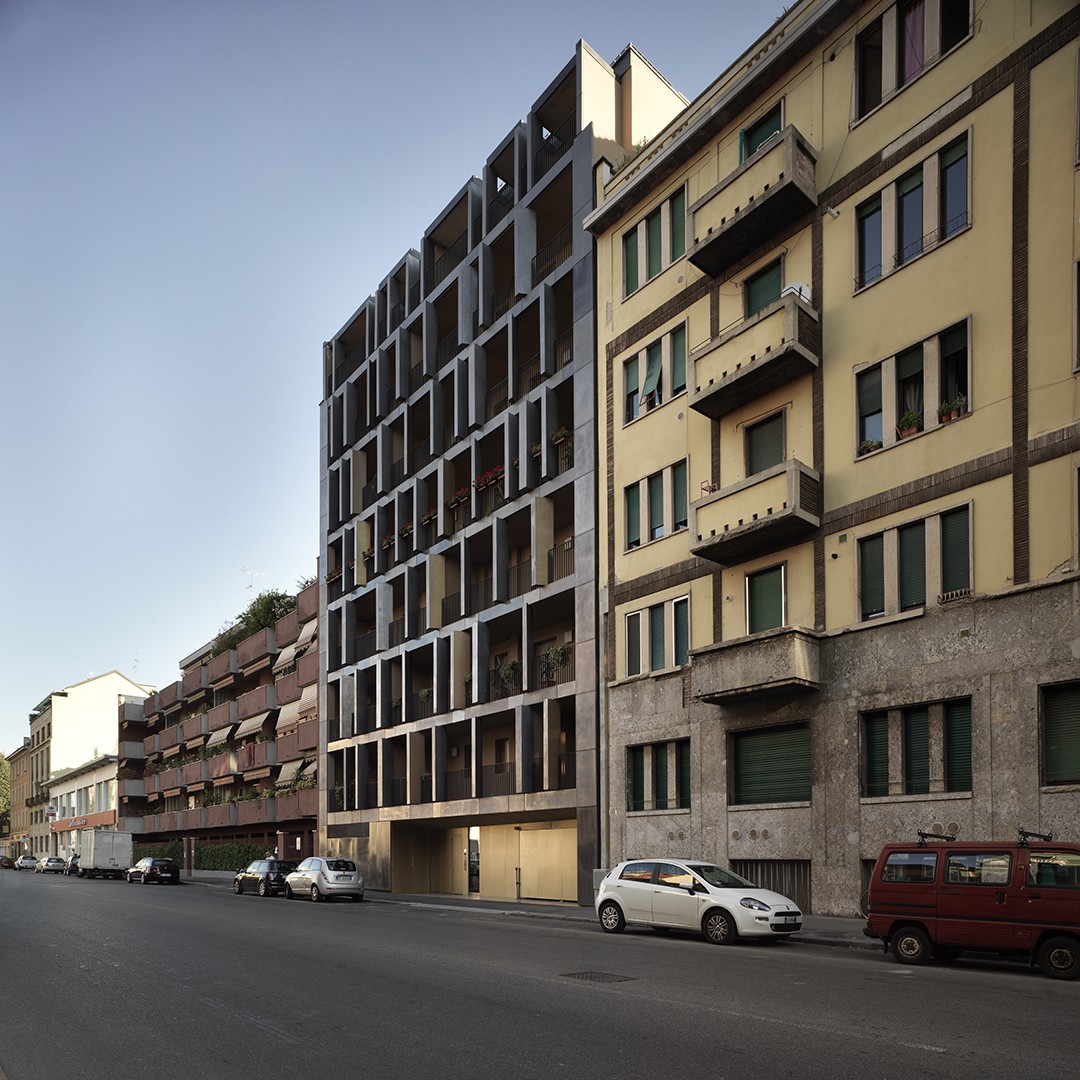 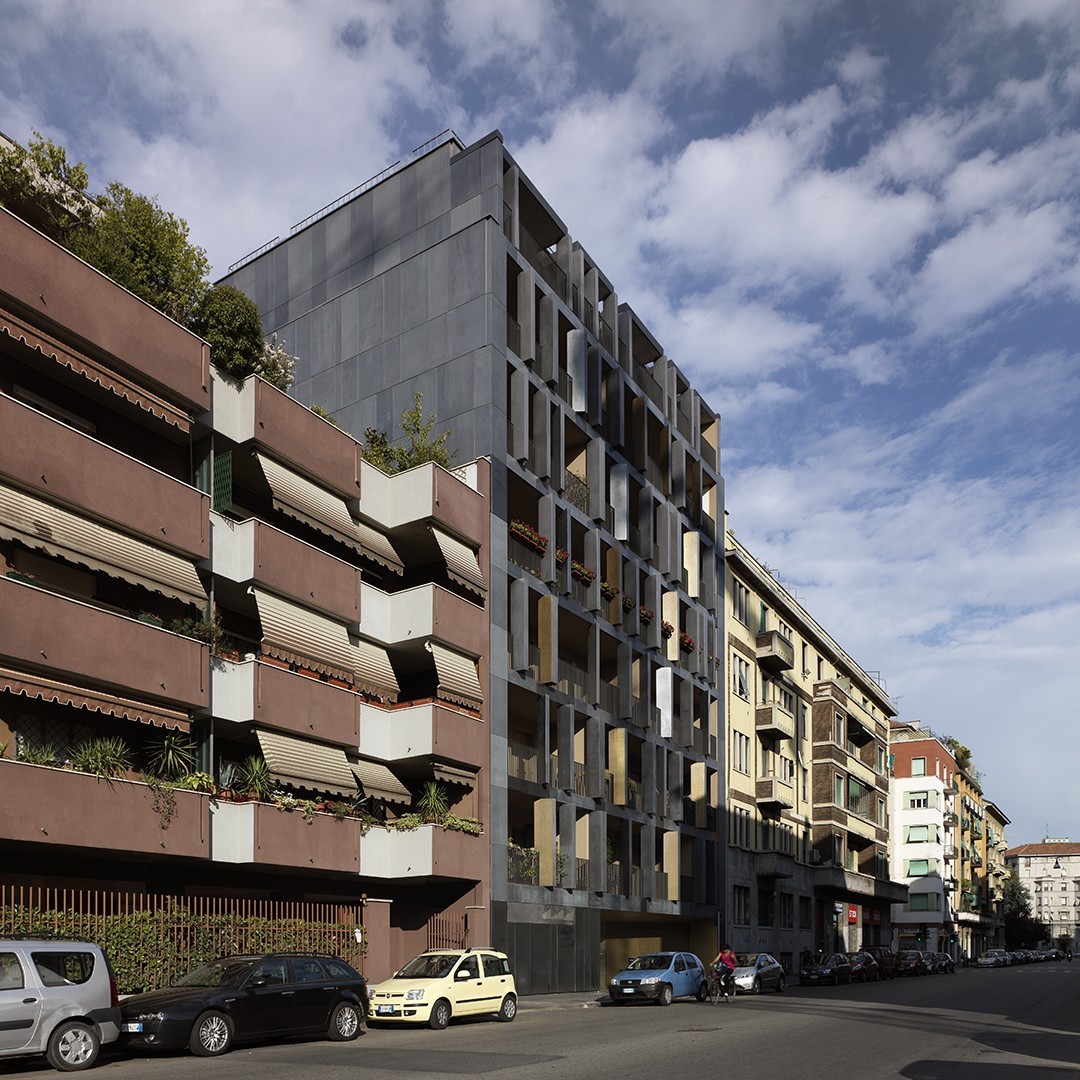 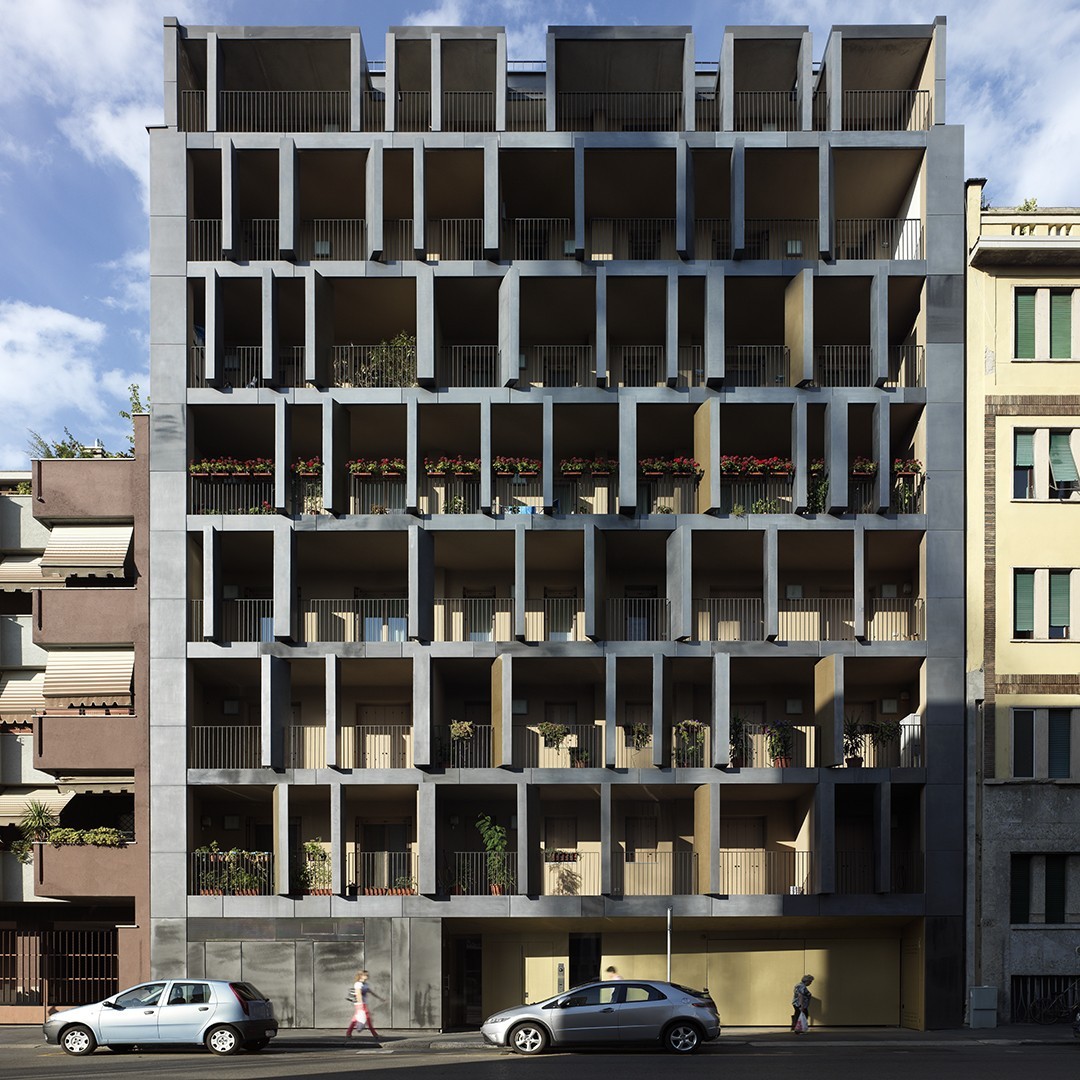 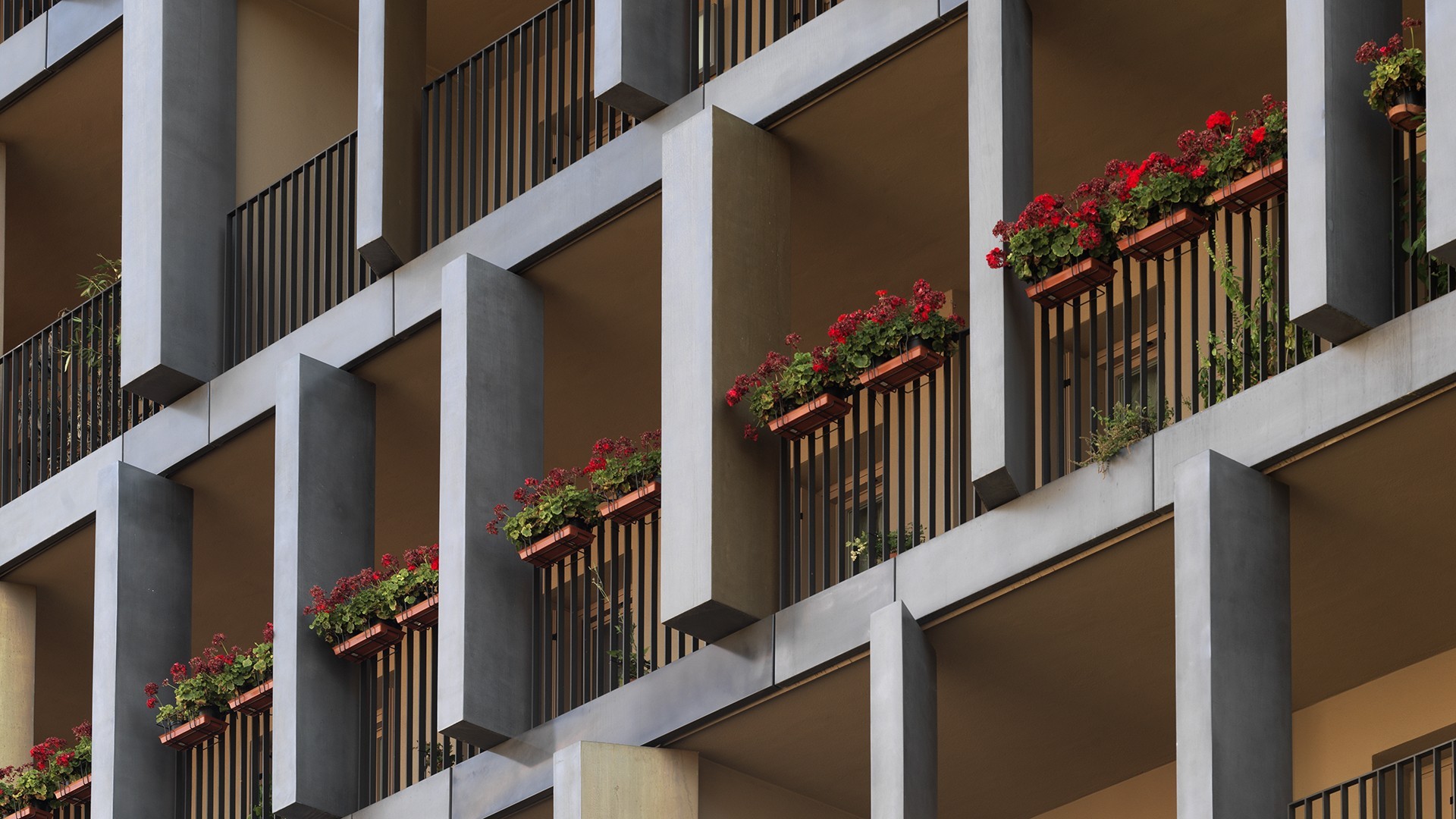 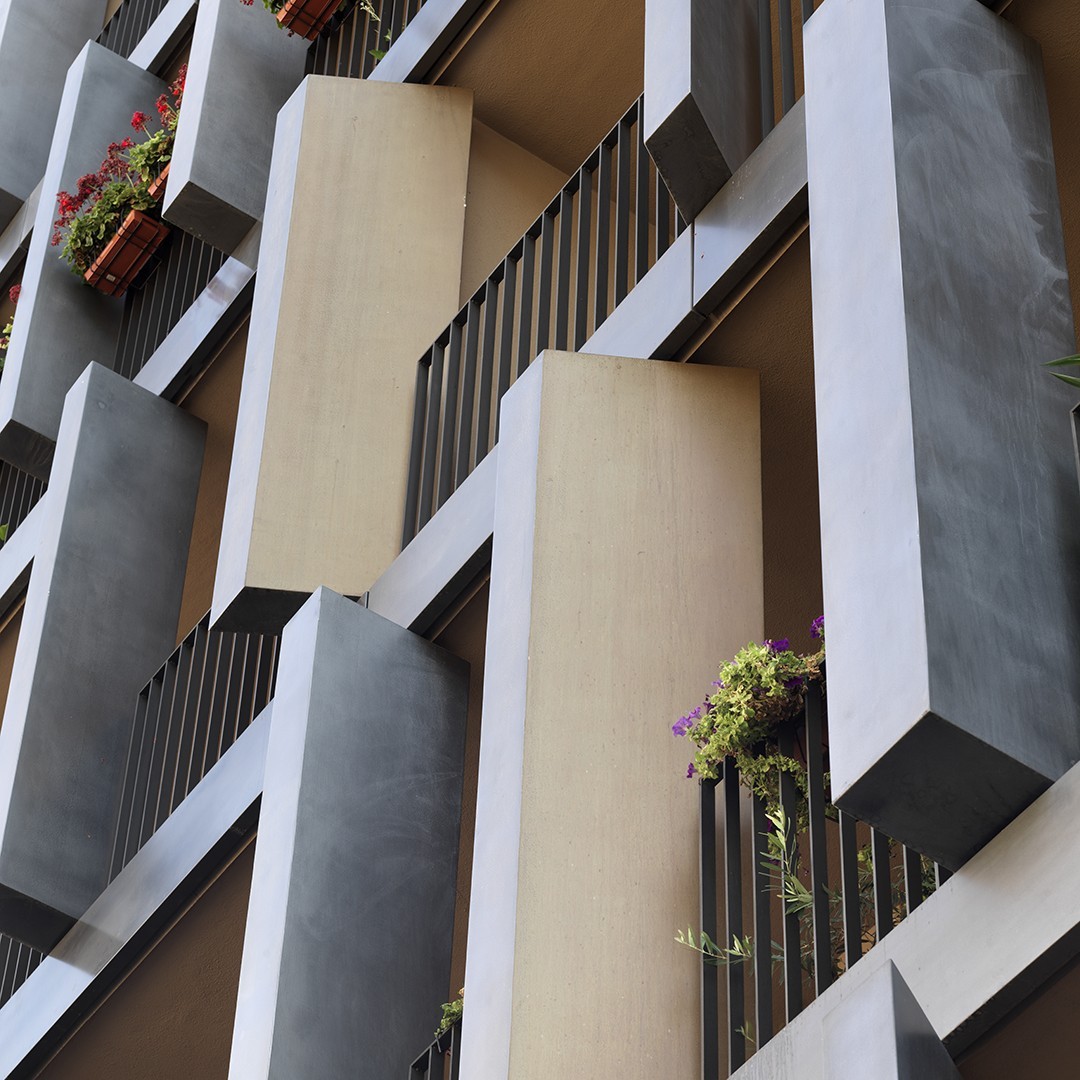 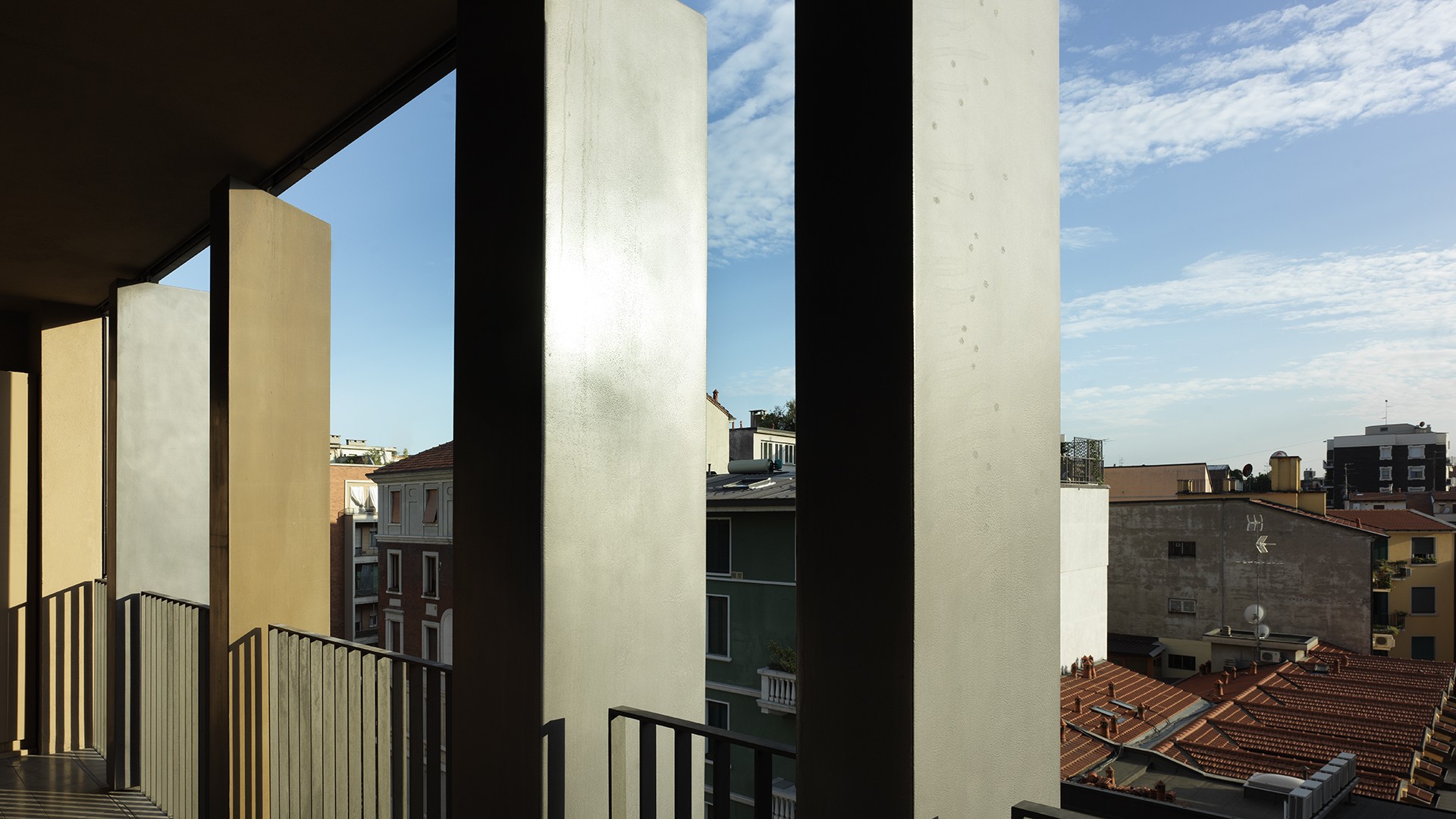