With its new square overlooking the sea, the city of Durrës will gain several thousand square meters of public open space facing onto one of its most beautiful and important locations: the Port of Durrës. Though the area directly in front of the harbor is presently choked with the constant passage of automobile traffic, it will soon become a pedestrian harbor front, a place to aggregate, relax and socialize in an open but covered space. The large stone canopy, suspended from four points, symbolizes a new-found sense of community by providing the square with shade and protection from the elements. In turn, the square will cover the new road underpass, which serves to eliminate the passage of automobiles. What is now only a traffic junction – the perpendicular crossing of two important urban arteries – will soon become an urban backdrop for the city of Durrës, a venue for performances and events, and the focal point of the long axis that leads from the square in front of the City Hall to the seaside harbor. The canopy appears metaphorically as a large expanse of stone pavement that has been lifted up by the force of the wind and the waves, transforming it into a gigantic sail. Anchored to four masts of as many imaginary boats, the sail hovers over the city while stretching out towards the water. Once the palm-lined avenue has been closed off to automobile traffic, pedestrians will be able to walk from the center of the city to the seafront without crossing any roads. Upon reaching the sea, they will be greeted by an attractive new urban setting that will help pave the way towards the future opening of the harbor to the public, as has already taken place in other Mediterranean cities, from Genoa to Barcelona.
Suspended over the square at heights ranging from 4 to 18 meters and with thicknesses from 30 centimeters to 4 meters, the stone canopy aspires to become an iconic image of the redevelopment of Durrës, connecting to the world through a structure that symbolizes such themes as hospitality and the sea. From a technical standpoint, the structure is a daring and complex work. Measuring approximately 60 meters long and 40 meters wide, it rests on just four vertex points consisting of stabilized stainless steel poles that resemble sailboat masts, while sets of cables stabilizing each pole look like sailboat rigging. Similar to the swooping expanse of the canopy, the surface of the square is curved to reduce the excavation for the tunnel below, while at the same time it focuses the space towards the large hole in the middle of the canopy. The latter not only acts as the canopy’s stormwater drainage system, but also as a sort of eye that projects sunlight onto the marble pavement, like the eye of the Pantheon, emphasizing the power of light and of the other natural elements. 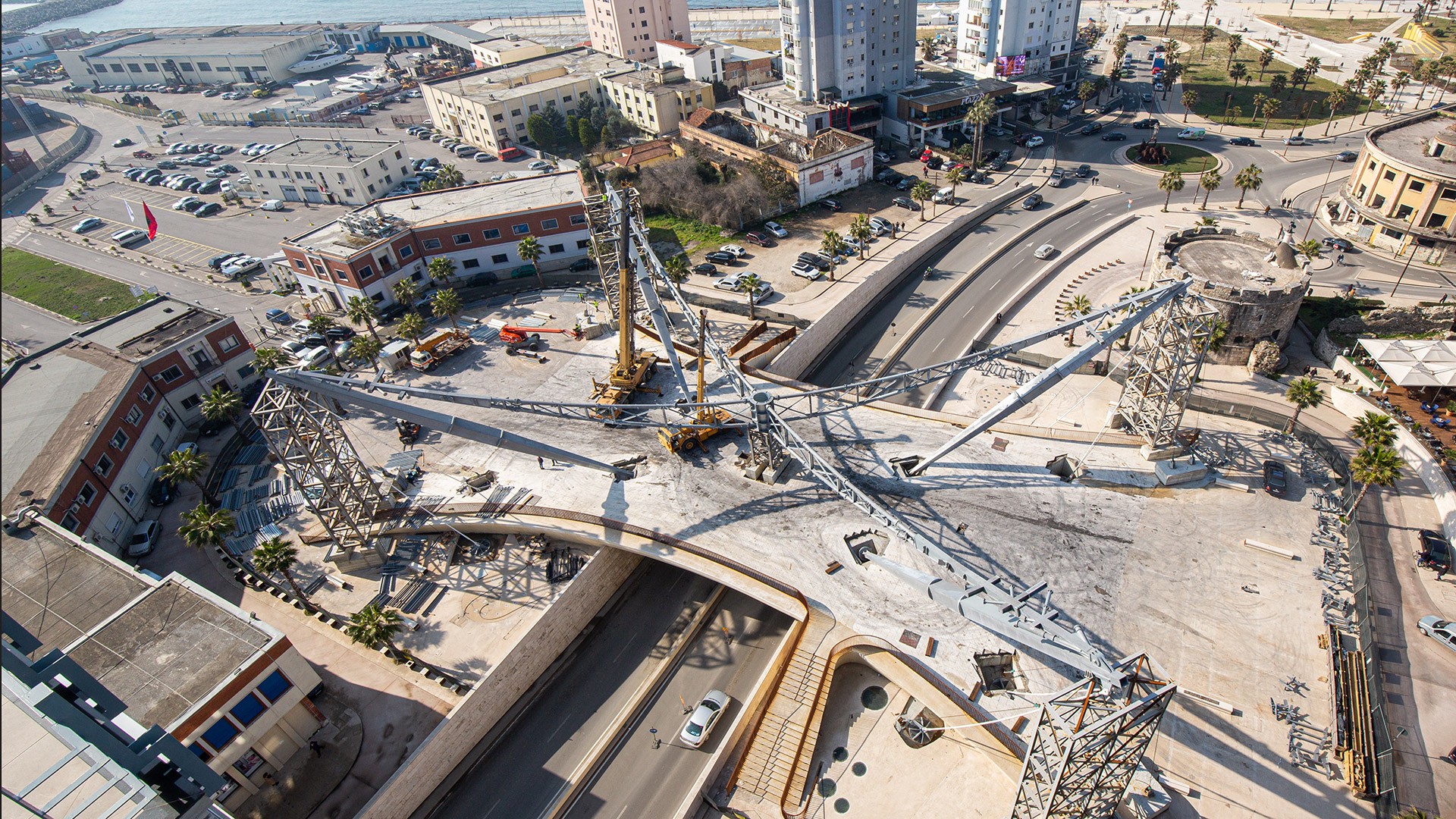 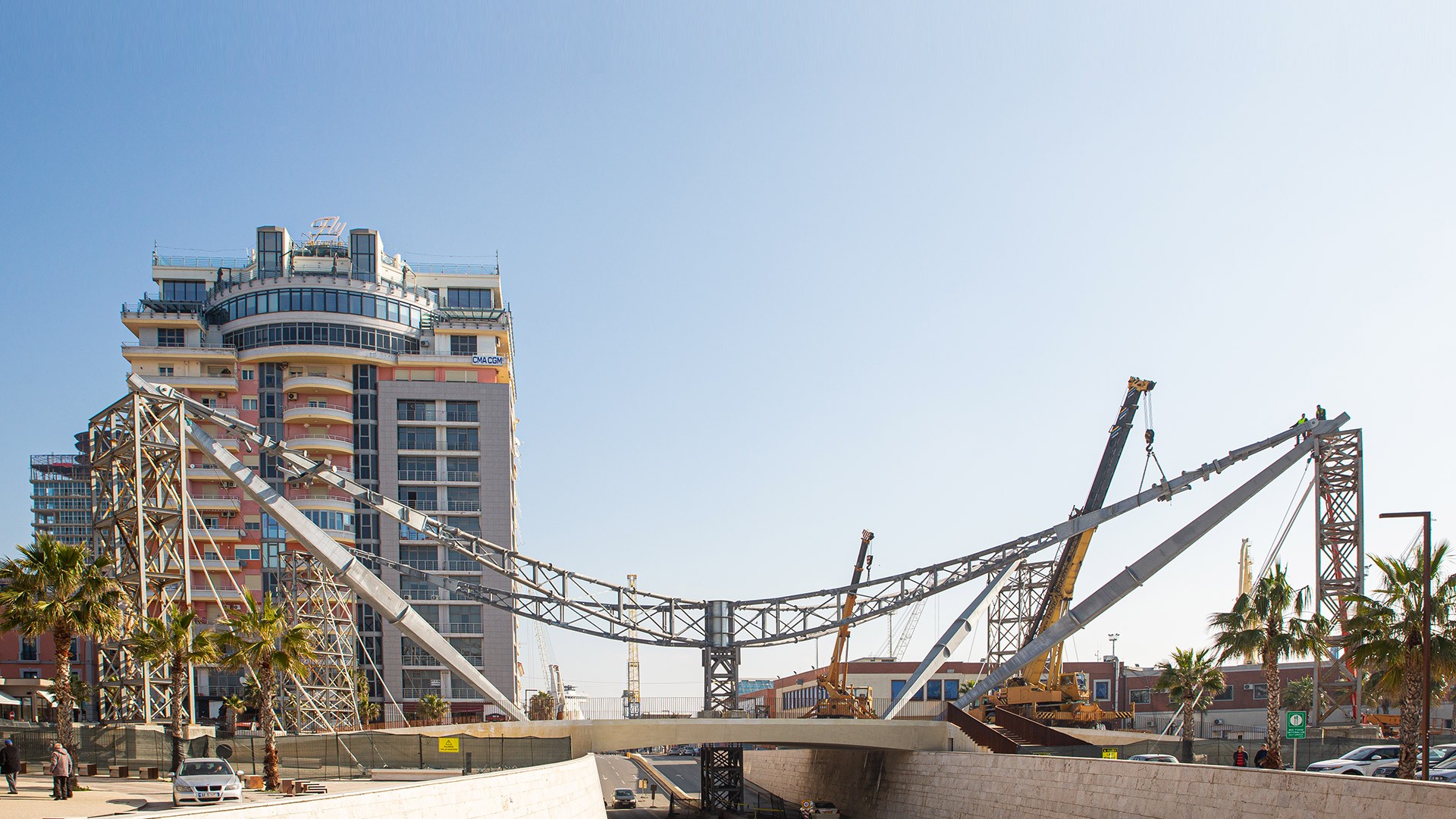 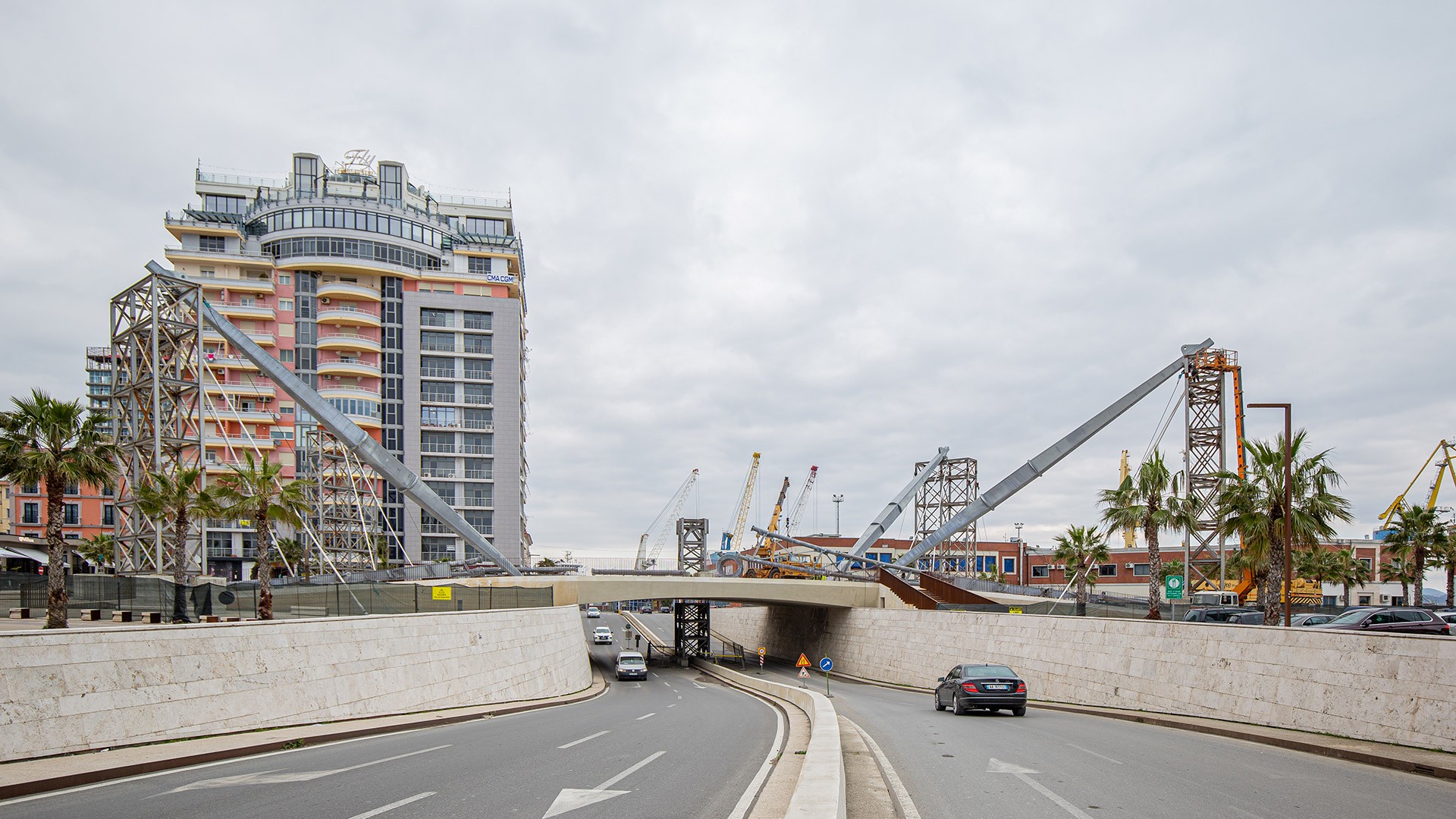 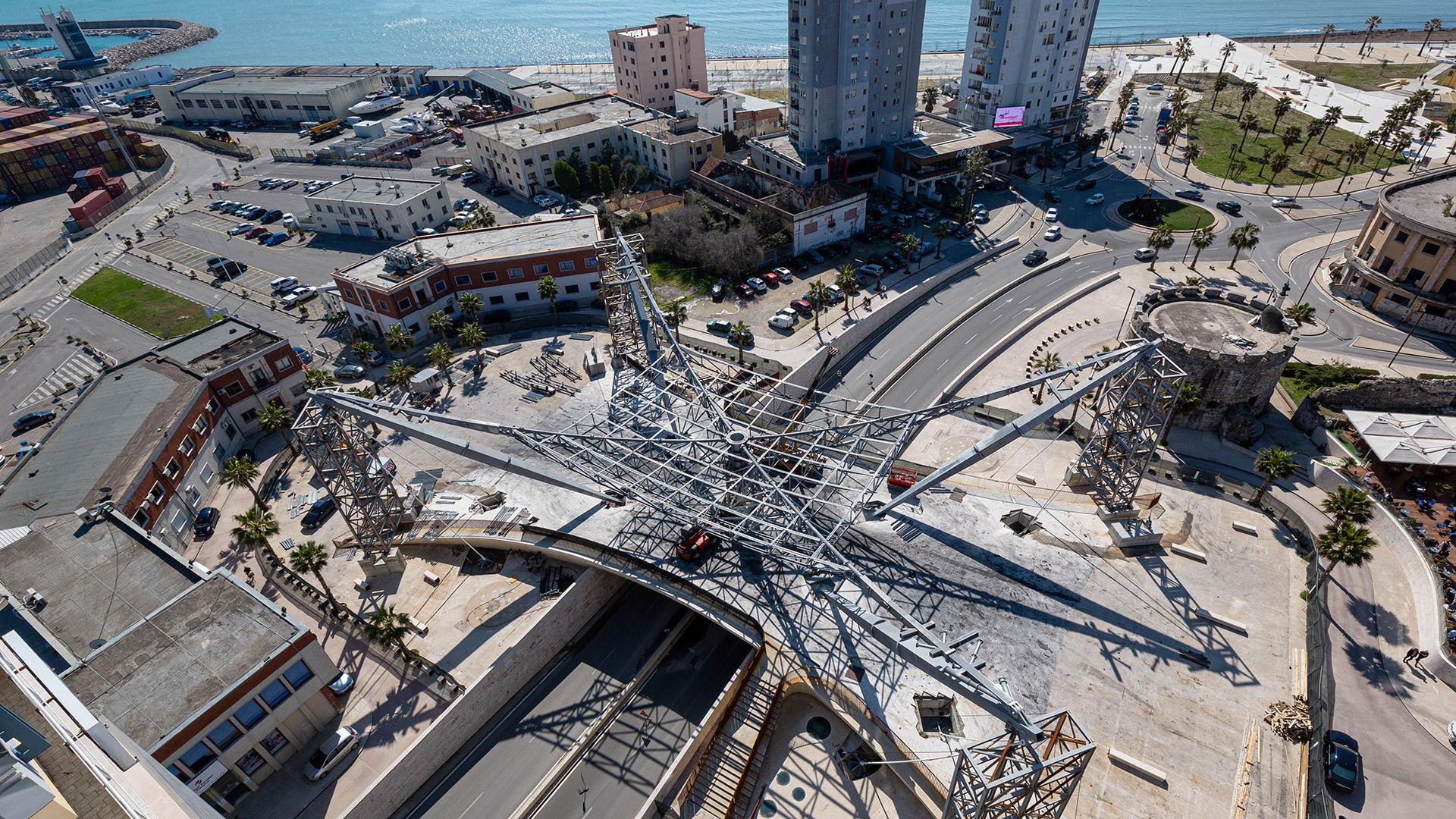 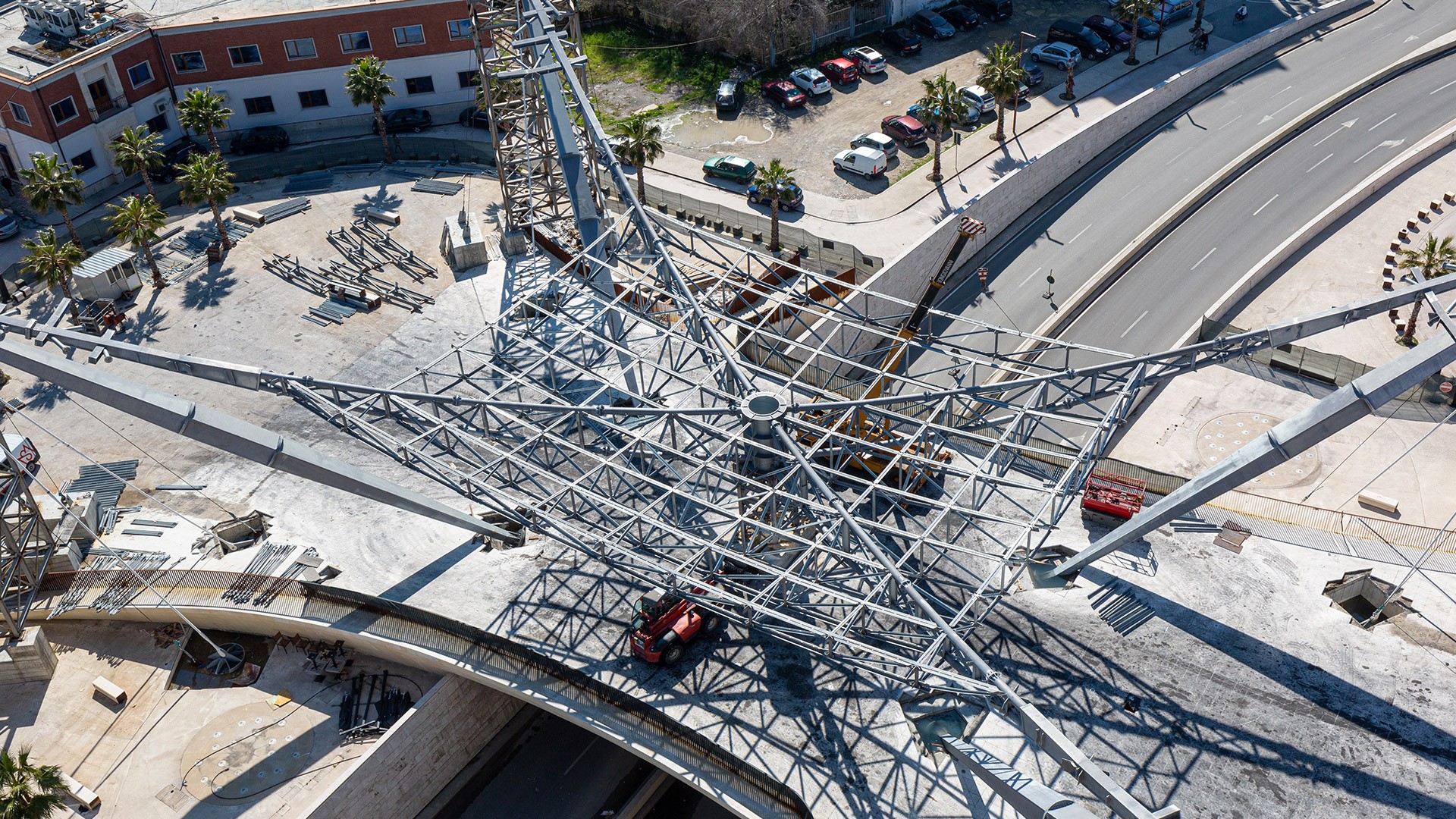 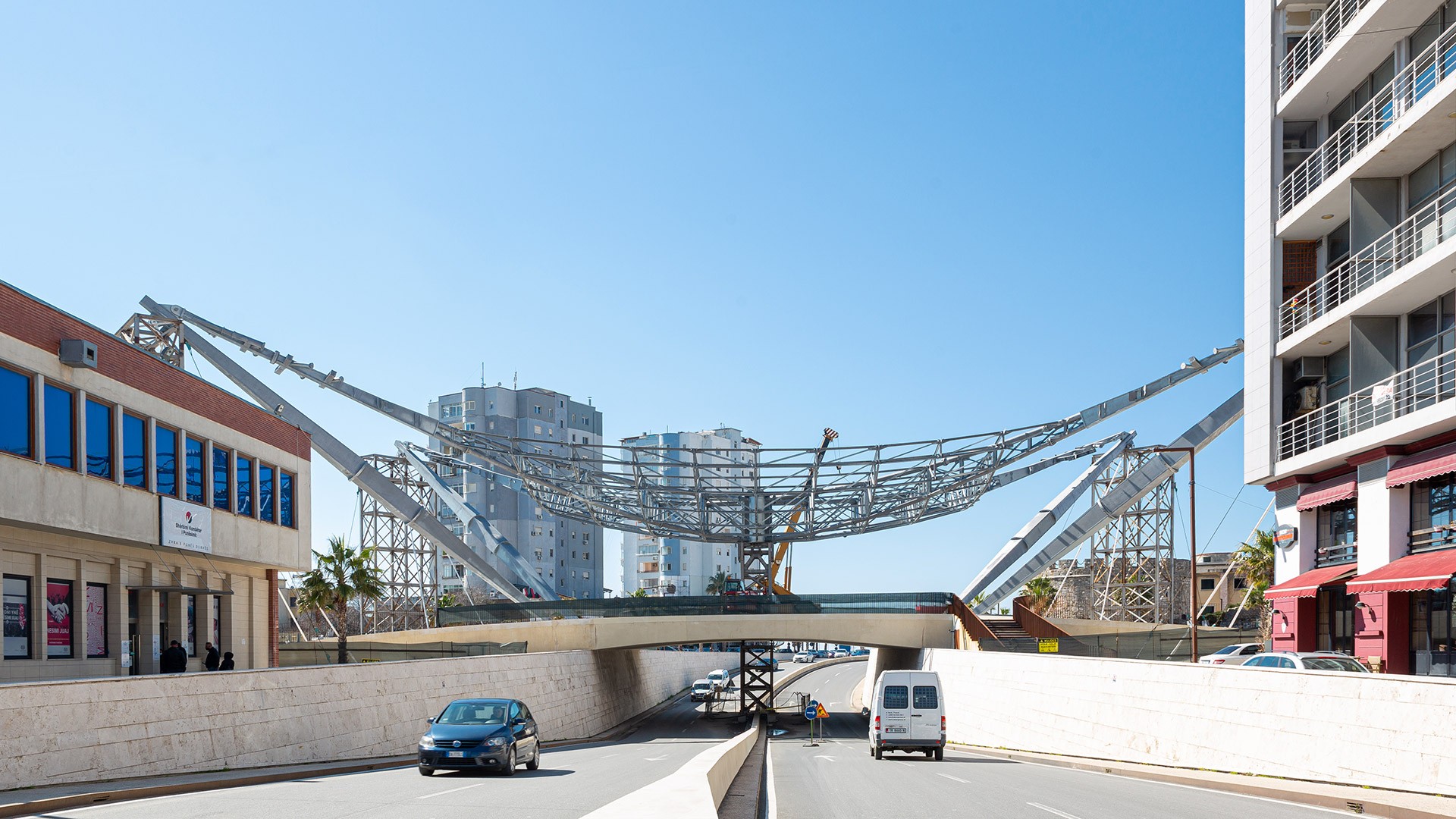