The theme of the restricted selection international competition involves interpreting Porta Susa station as a boundary place, a true city gate, and hub for transport and services. The idea is thus to give the passenger building not only specific functions related to the waiting areas and transit but also for cultural and commercial exchange. The project takes on the geometric configuration of its narrow and elongated forms directly from the area’s dimensions, while the memory of the original tracks remains as a trace in the design of the facades and in the suppleness of the development plan. Parallelism and interweaving of lines resulting in incisions, cuts, ramps, volumetric juxtapositions interpenetrating between ground and building. Gaps and disconnections maintain a visual and physical continuity internally, due to a studied series of structural elements and to double and triple height balconies that allow distribution of natural light. The perception of the space, along the axis of the railway and the flow of the paths makes the new station more an urban journey than a building. The access points invite to the length of a sort of gallery integrated with the surrounding fabric while the symbolic element of the tower, split into two monoliths, interact visually with the features of the historical city. 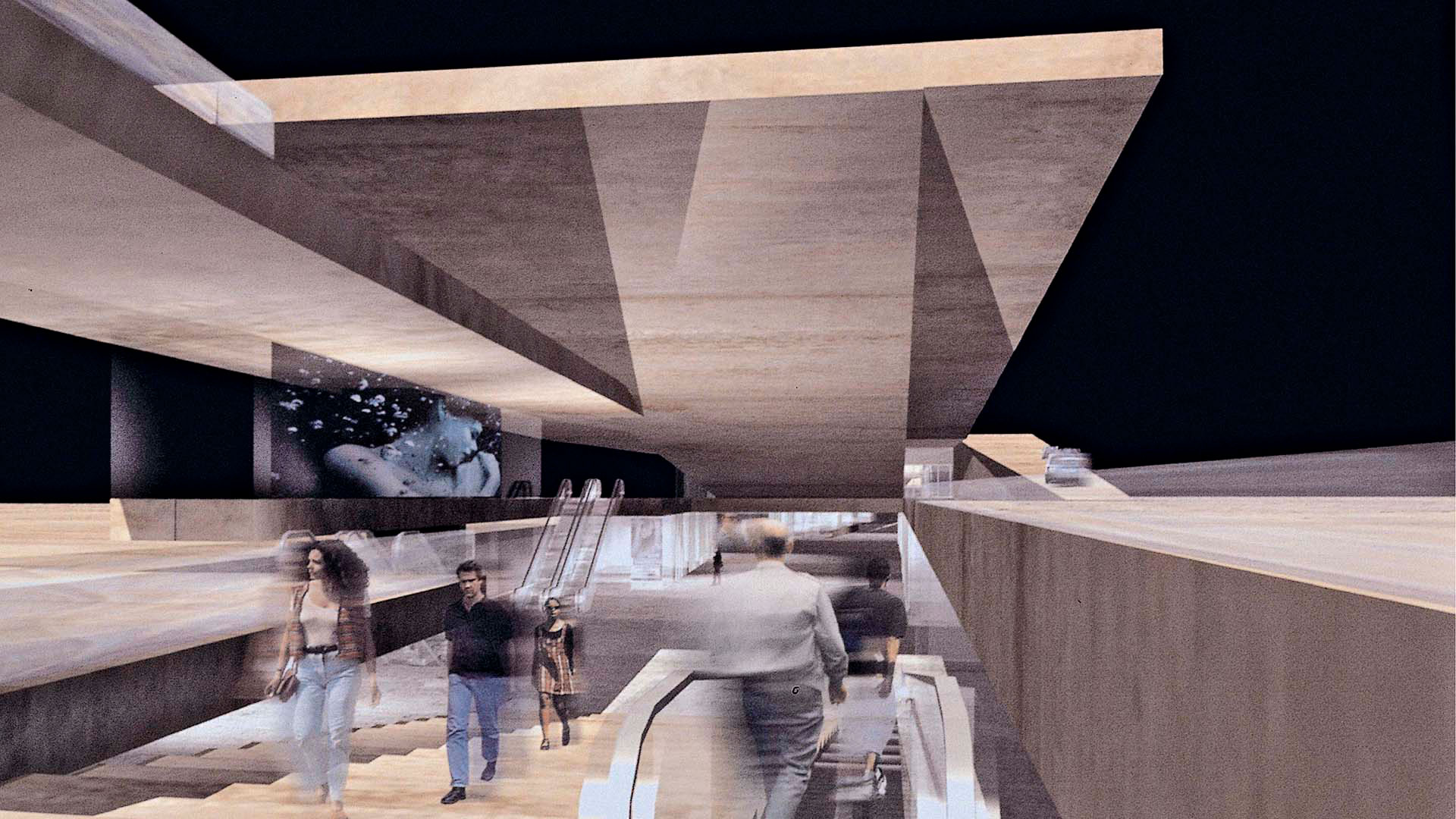 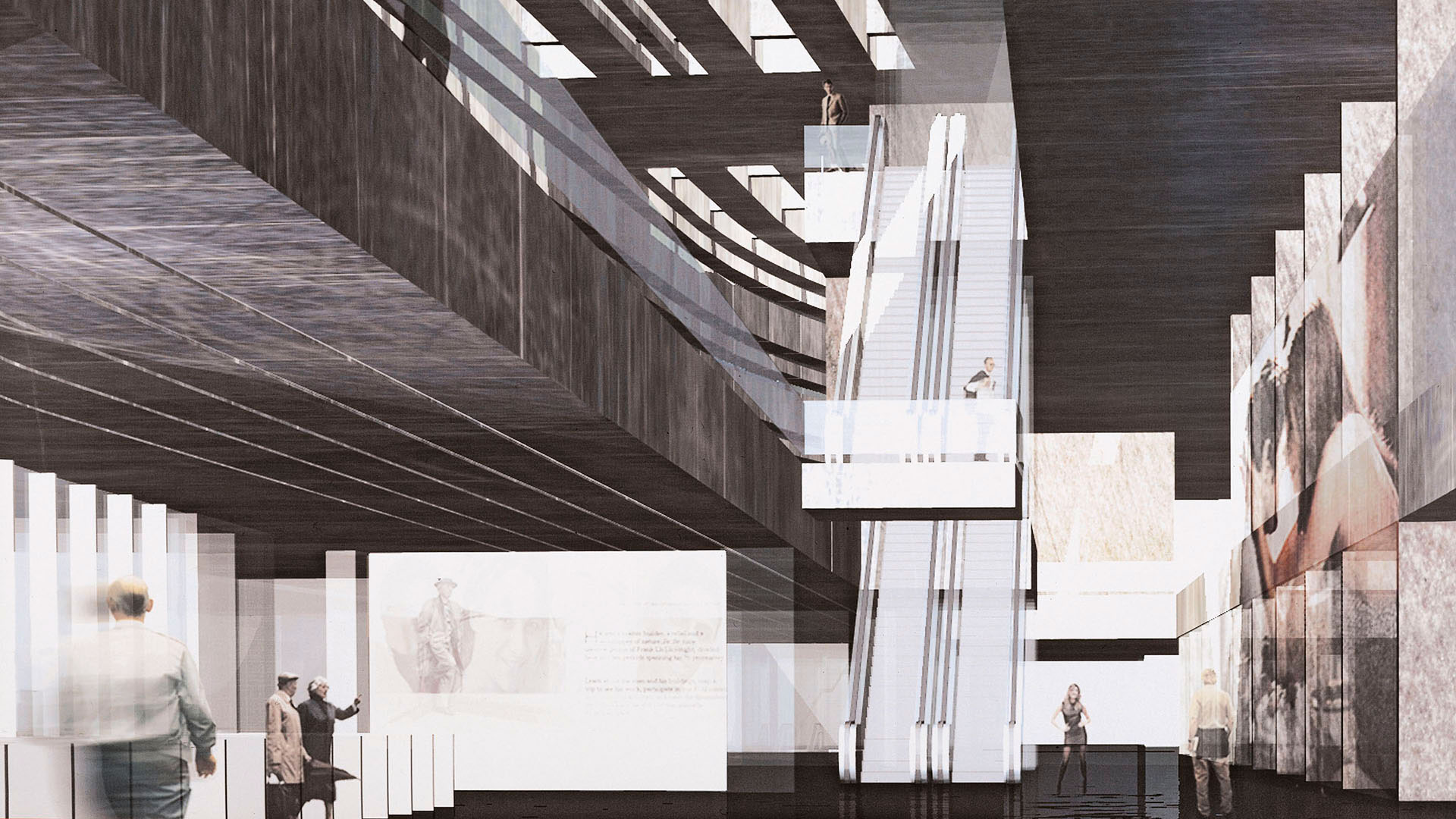 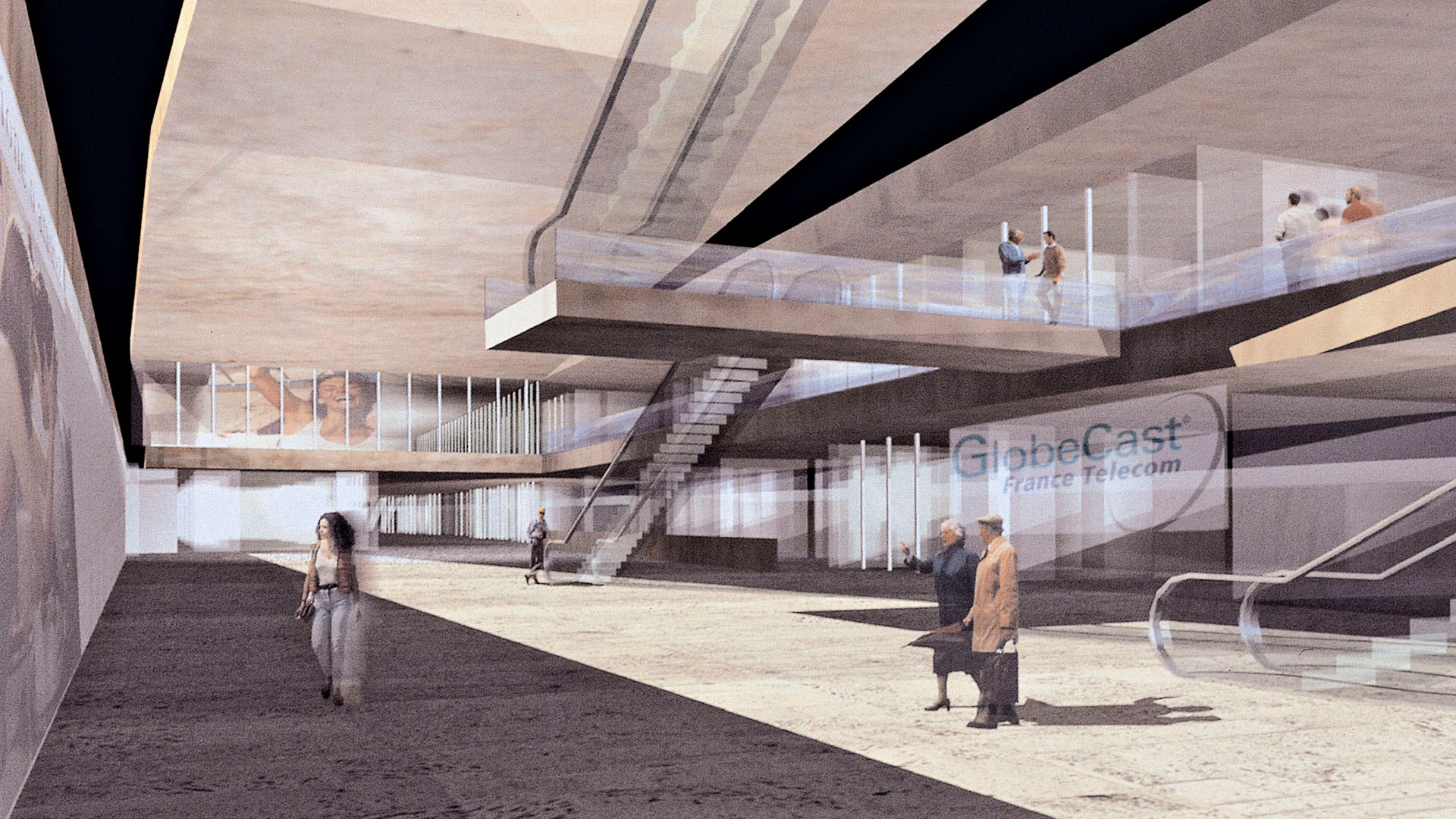