The project is located along the side of the mountain and is the extension of a pre-existing villa park, for the realization of an open-air swimming pool. The natural shape of the slope suggested the idea of an artificial soil containment buttress in order to find a new horizontal level on which to locate the pool. The pool is designed as a system of two reservoirs: one rectangular for cold water, the other one smaller, with heated pressure water jets, which follows the configuration of the rampart. The image of the buttress is emphasized by a walkway which follows the perimeter of the stone terracing allowing you to lie on the grass without seeing the protective wall which is consequently at the same height as the garden. The attachment to the hill is instead designed from the rocky wall and from the rocks obtained from the excavation necessary to obtain a level coplanar with the tank. Such a ground subtraction operation has shown, below the cultivation level, a stone fault hence reused to create a naturalized perimeter around the swimming pool. The construction blocks, worked on site, have been squared in relation to the veining and positioned according to the project to define the terraced wall which conceals both the machines and containment walls of the dressing room and a small kitchen. 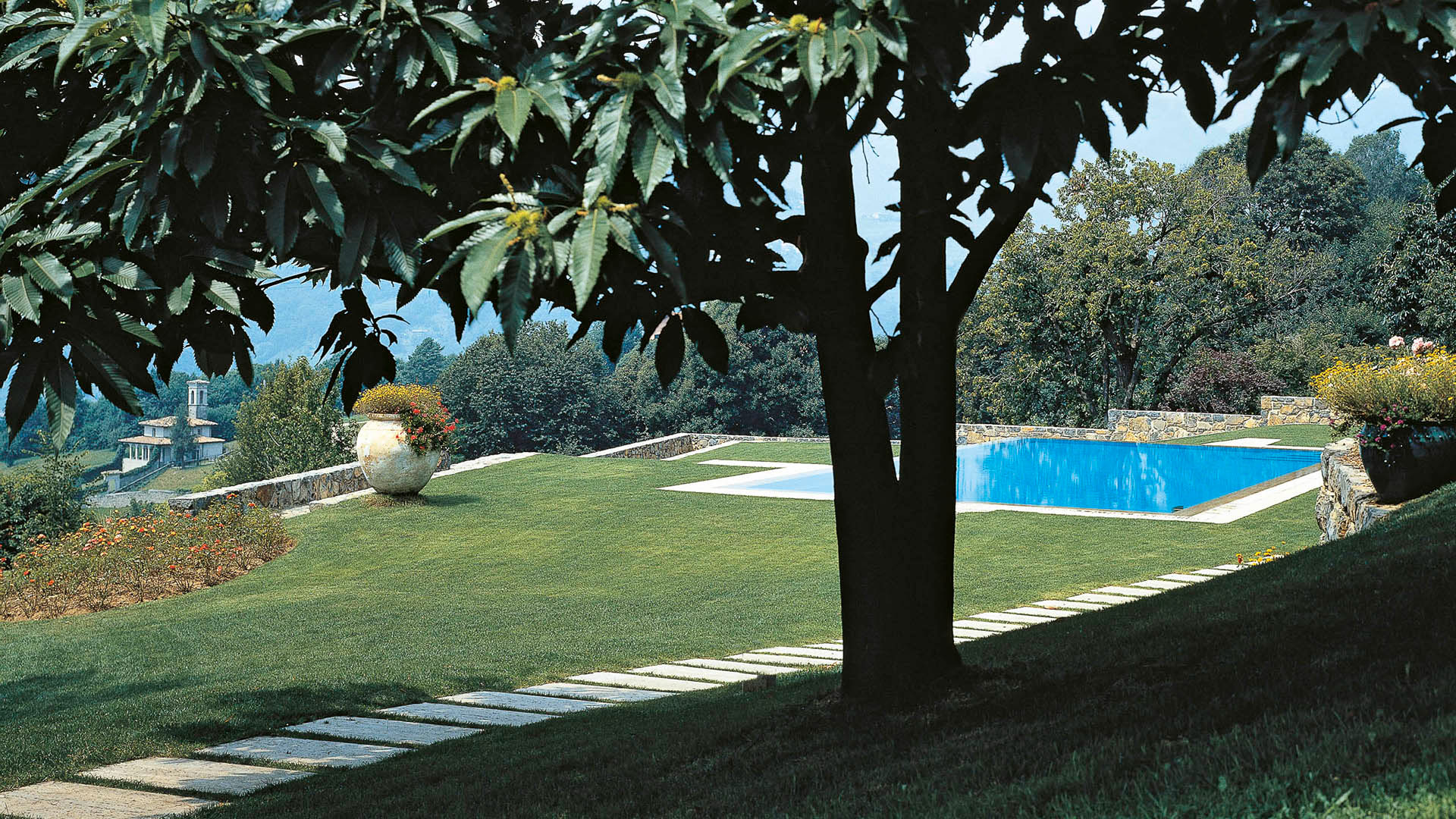