The SMIC (Sustainable Masterplan of the new Intelligent City) project takes part in the context of the Dongli district of Tianjin and is divided into three programmatic notes: the concurrence of agricultural and residential areas; the administrative regulations on the inalterability of the previously planned road, rigorously set up according to a regular east-west/north-south grid; the subdivision of the remaining area into monofunctional macro-zones. The masterplan focuses, paradoxically, on the “not built” project, supporting the populated areas through a rational distribution of the natural areas. The goal is to maximize the sustainability and livability of the urban settlements and the parallel minimization of the environmental impact on the surrounding area, focusing the project on the recovery of the relationship between the buildings and the river, through a strategy of rehabilitation and reclamation of the existing ecosystems. The project is structured on a green system that becomes the spine of the new settlement, and beyond this the construction envelops a virtual natural landscape defining the height of the new buildings in relation to the assumed “hilly” landscape. This system has as its defining axis the linear park along the river, from which articulate 4 perpendicular axes in the north-south direction which, in addition to breaking up the row of buildings, form new centers which characterize the recognizable and measured urban system. 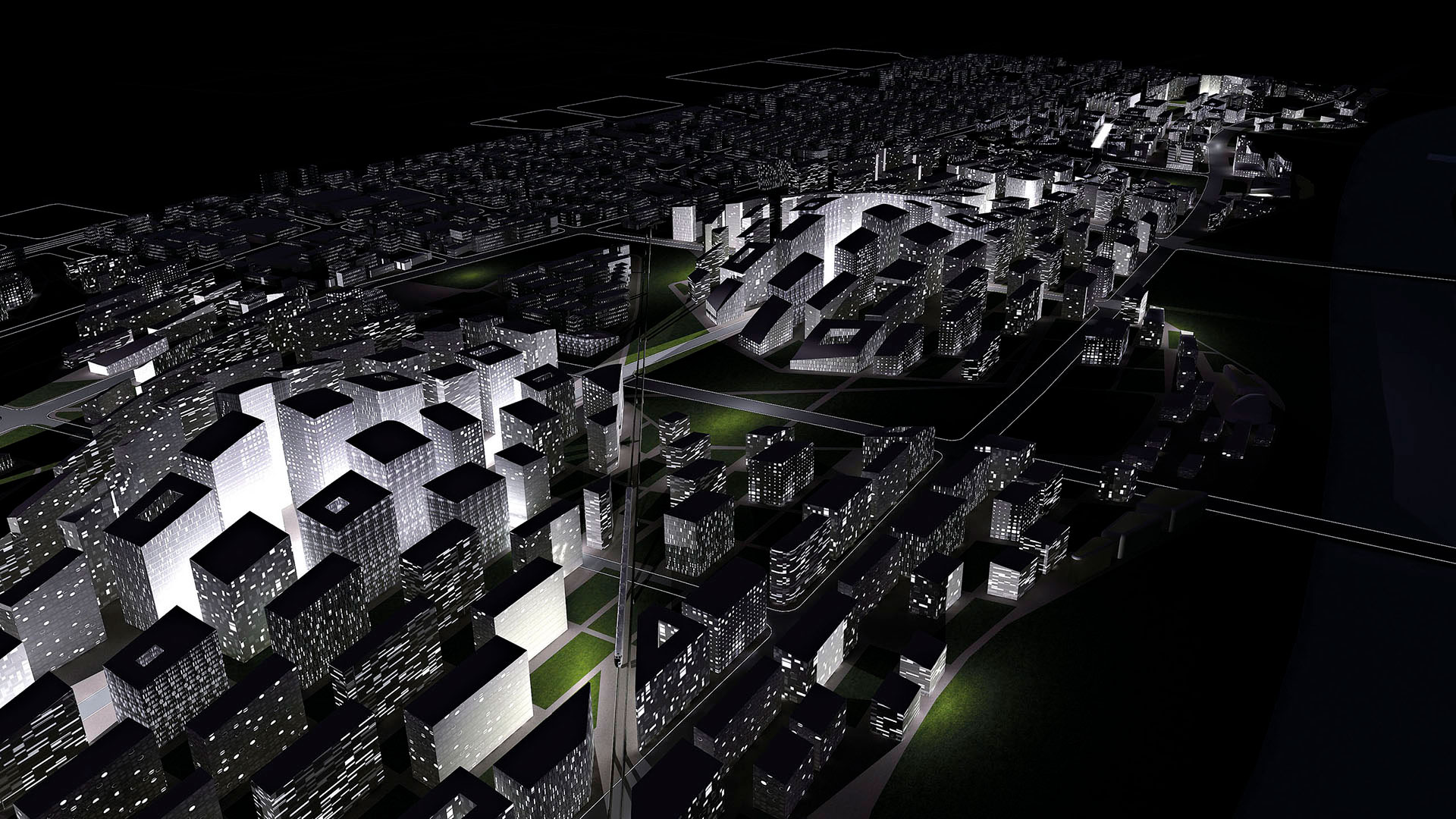 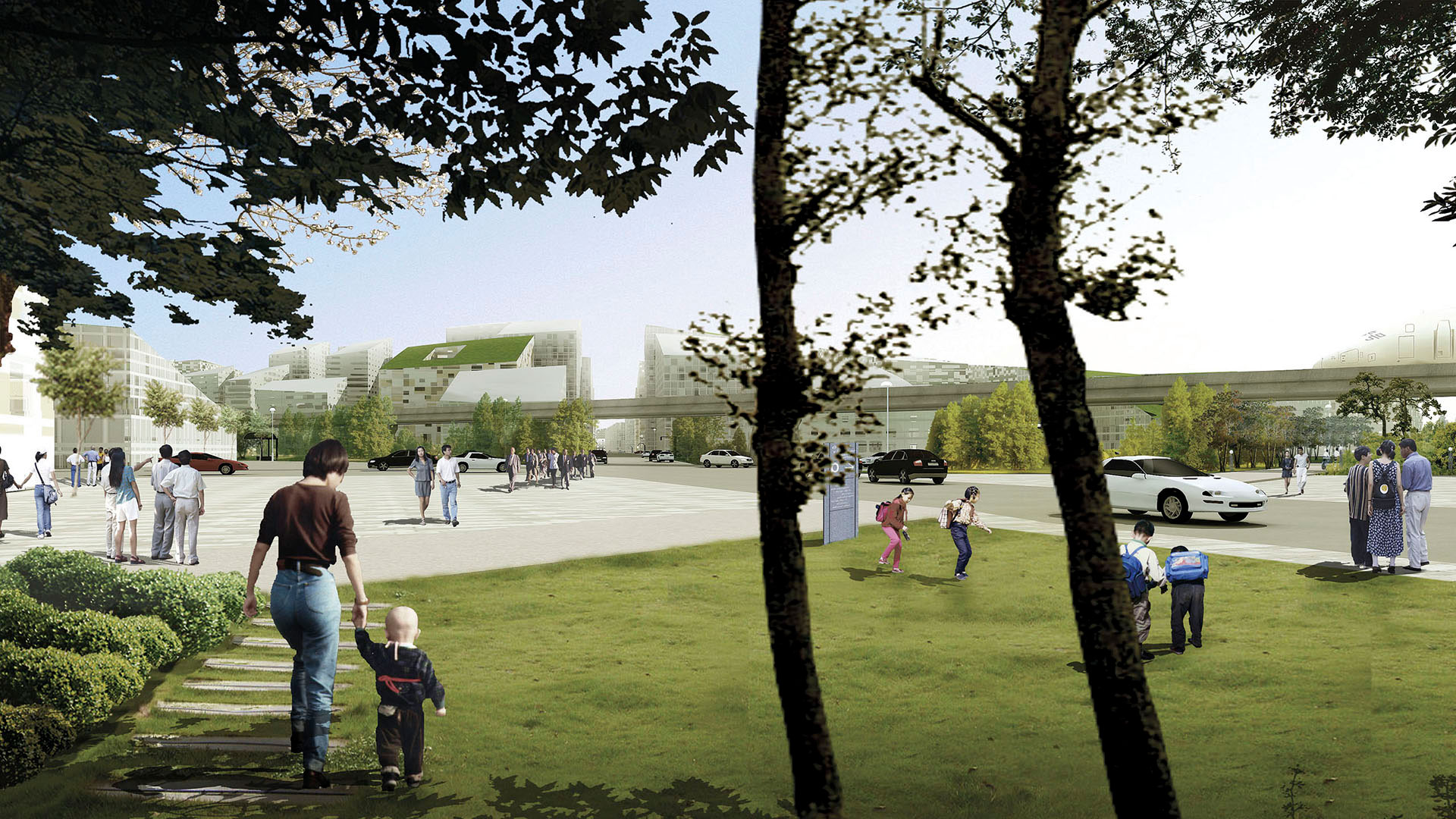 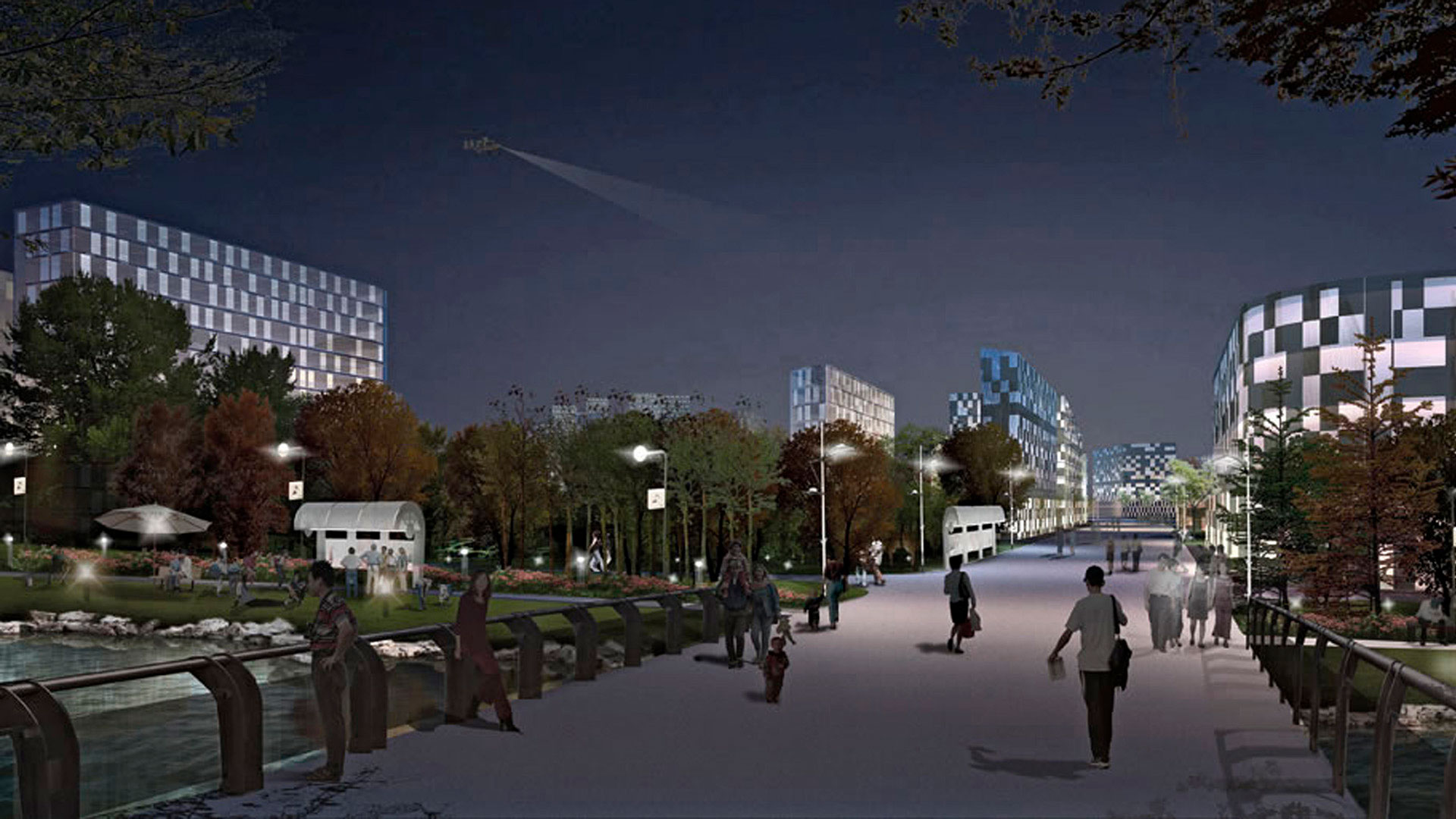