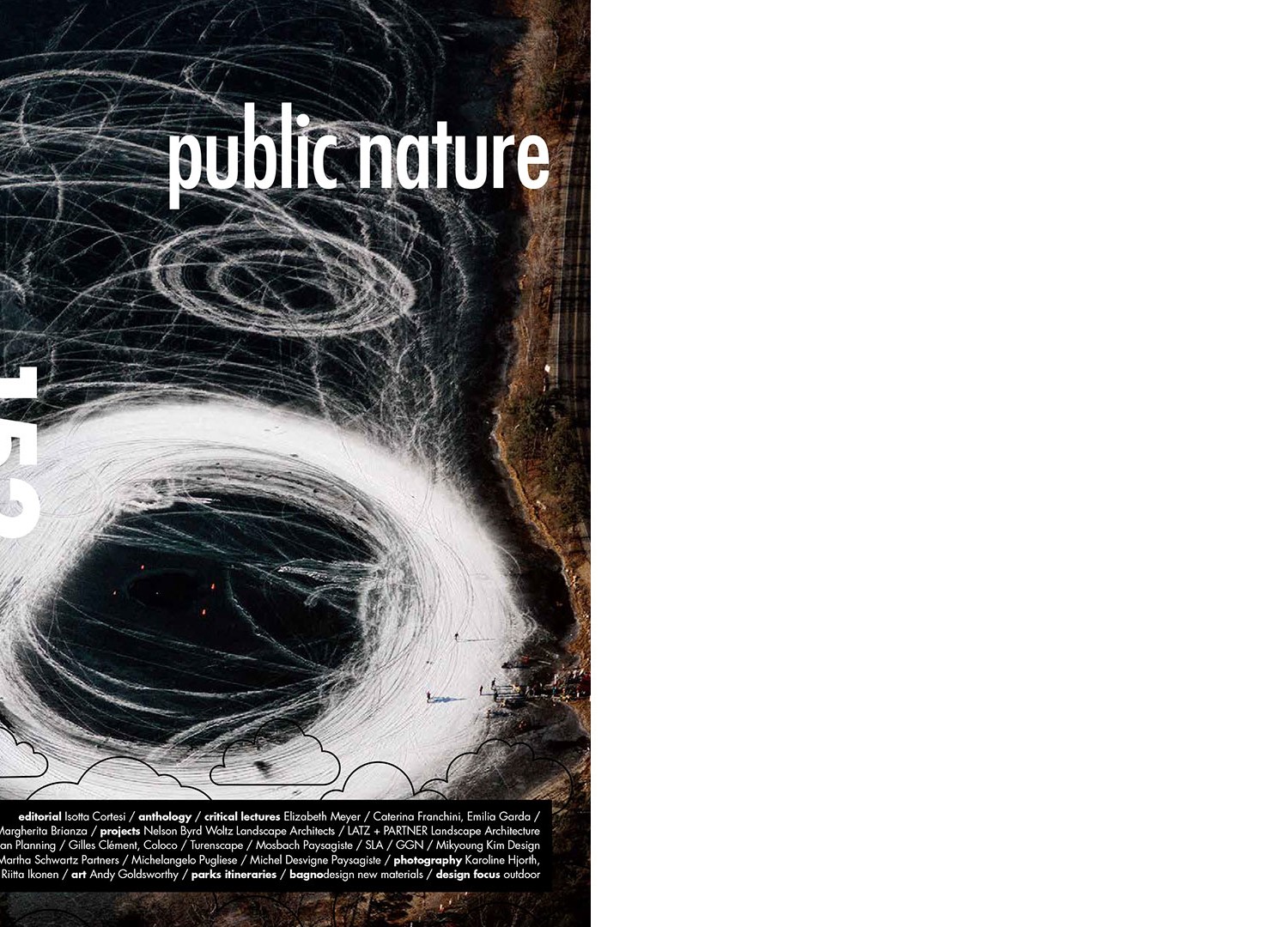 International magazine of architecture and project design may / june 2017

It is certainly not the first time that Area deals with landscapes. Although it tackles topics that refer to projects barely describable through the narrow field of observation of the photographic image, incapable of defining or unable to describe the whole, we often review the topic because we believe it belongs without distinction to the discipline of the project and therefore of architecture. In issue number 127, entitled Identity of the landscape, I concluded the presentation script with an assumption that constitutes the incipit of the issue and therefore of the current research: “…architecture on the scale of the landscape [represents] an interpretation of places, proposed and narrated as collective experience and purpose”. Here, as we can clearly see in this assumption, we find the differences and therefore the value between architecture in the  strict sense, according to Zevi’s thought, a place that contains a space, and the dimension of the landscape understood as a place that stages space. It is therefore about different design dimensions, one entirely included in the threshold between the public, ie the facade, and the private, the space enclosed by shell; the other being totally public because nothing encloses but everything welcomes. This collective dimension of the landscape belongs to both the urban sphere of streets and squares, as well as to the natural anthropic environment made up of parks, gardens, waterfronts, panoramic viewpoints and any place where thought has dialogued with, or better modified “the earth‘s crust“ as underlined by William Morris. Unlike the family home or the school for the student, or even the theatre or cinema for entertainment enthusiasts, the park in the broader sense represents an art for everyone where the collective and therefore public dimension is inevitably included in the idea itself of nature. Obviously, there are and have always existed private gardens, inaccessible to most. However, the almost always open and unprotected natural dimension makes the space natural, albeit, ever inhabited and habitable if not by man by other living species. The consequence of these logical assertions brings every landscape project to the heart of any cognitive speculation sustained by that ethical substance of which architecture nutures itself as its main form  of sustenance. And yet, if the logic of the arts of the project, hence of all the arts, has as its purpose narration, the landscape project for collective nature now described can only represent a place of honour in the hierarchy of different disciplines that populate the field of aesthetics; a privileged role that perhaps few people recognise but which is undoubtedly tangible, real, indisputable.