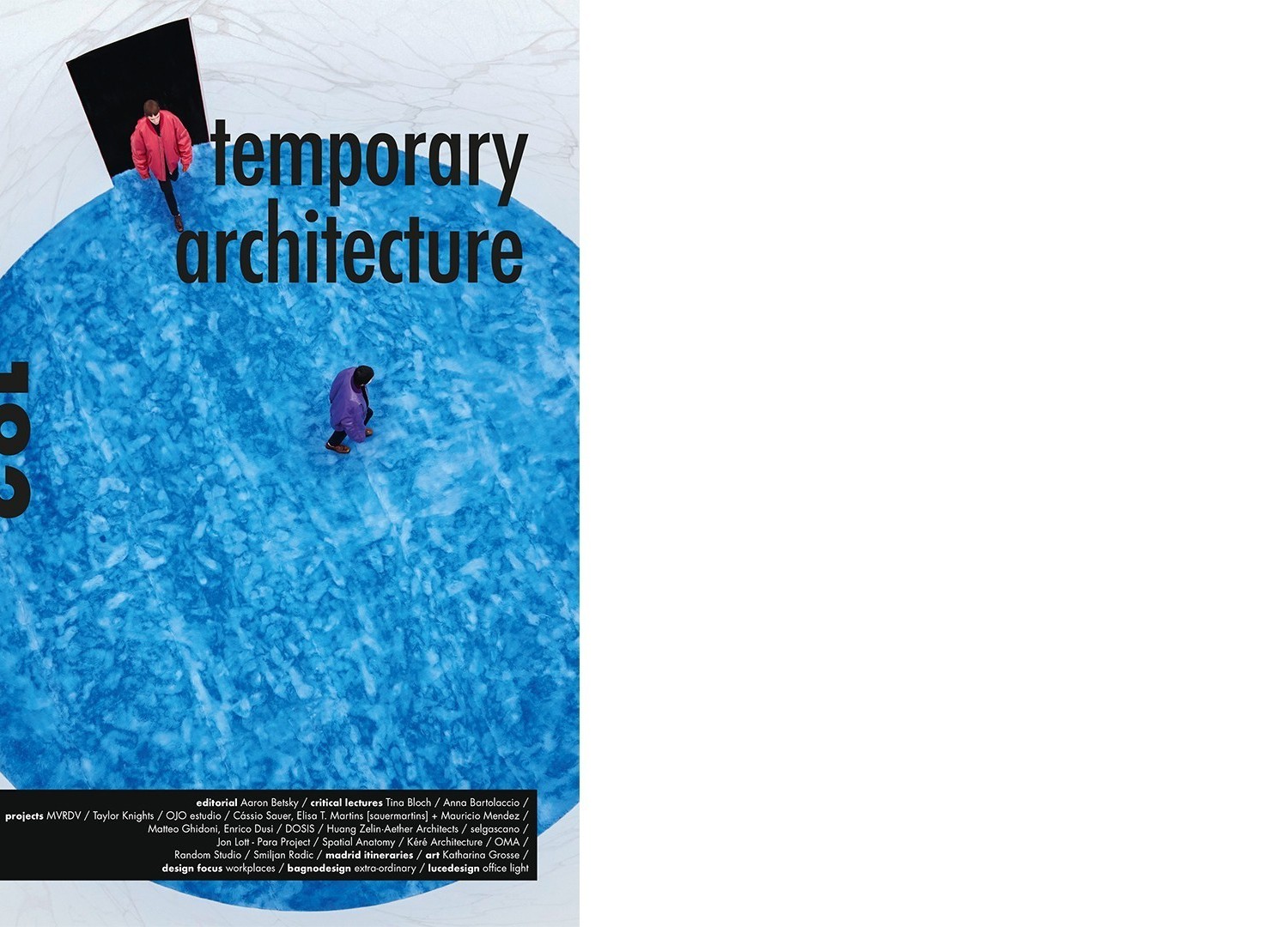 I do not remember exactly  what year was it, yet I remember that during one of our informal talks, Pierluigi Nicolin, long standing executive editor of the renowned Lotus International magazine, brought my attention to what, in his opinion, was the most important architectural transformation  occurring once a year in Milan during the Salone del Mobile event. A city within a city is built, made of temporary architectures, ephemeral yet beautiful and persuasive. Although it is built to last just a few days, this city gets visited and inhabited by tens of thousands people, who walk its thick urban fabric made of orthogonal streets, which  lead into and out of a myriad small buildings, which were created to put the world’s best designer products on display, ready to be admired. To be honest, I had never thought of Milan’s Salone from that point of you; just like many others I was too concentrated on the content rather than on the temporary container, which, thanks to its temporary nature can actually have an extraordinary architectural value, it can be creative, anticipatory, it has an innovation potential which is rarely to be found in traditional architecture, because of its permanent nature. If we consider the relationship between architecture and impermanence, we might find out that the idea of a temporary structure has resulted, more often than not, in an intellectual energy release which lead to huge leaps forwards and to such high value buildings which turned into permanent structures or which we were willing to rebuild. The Mies van der Rohe’s German pavilion for the Barcelona international exposition is a good example. Built in 1929, the building was demolished in 1930 and built again between 1983 and 1986 to celebrate the importance of such design for the 20th century architecture. The most popular example of temporary architecture turned into a permanent iconic building, one of Paris landmarks, was also built for the Universal Exposition; the story behind the tower designed by Gustav Eiffel in 1889 is very well known. The list of extraordinary temporary architectures we only have pictures or drawings left of, is so long that no history book can disregard it. Why should we remember ephemeral buildings when architecture is strictly linked to the idea of durability and endurance? The most convincing reply to this simple question is that temporary buildings do not have to take risk variables into account; in permanent structures, the creative process is influenced by the need to create a durable architecture. Temporary architecture however, does not belong to a minor league when it comes to its artistic value and building rules; quite the opposite, it is an opportunity to experiment something new, to express freely, to explore beyond common borders. For this reason, temporary architecture deserves to be studied and Pierluigi’s remarks, which I referred to at the beginning, are totally convincing and to be agreed with.