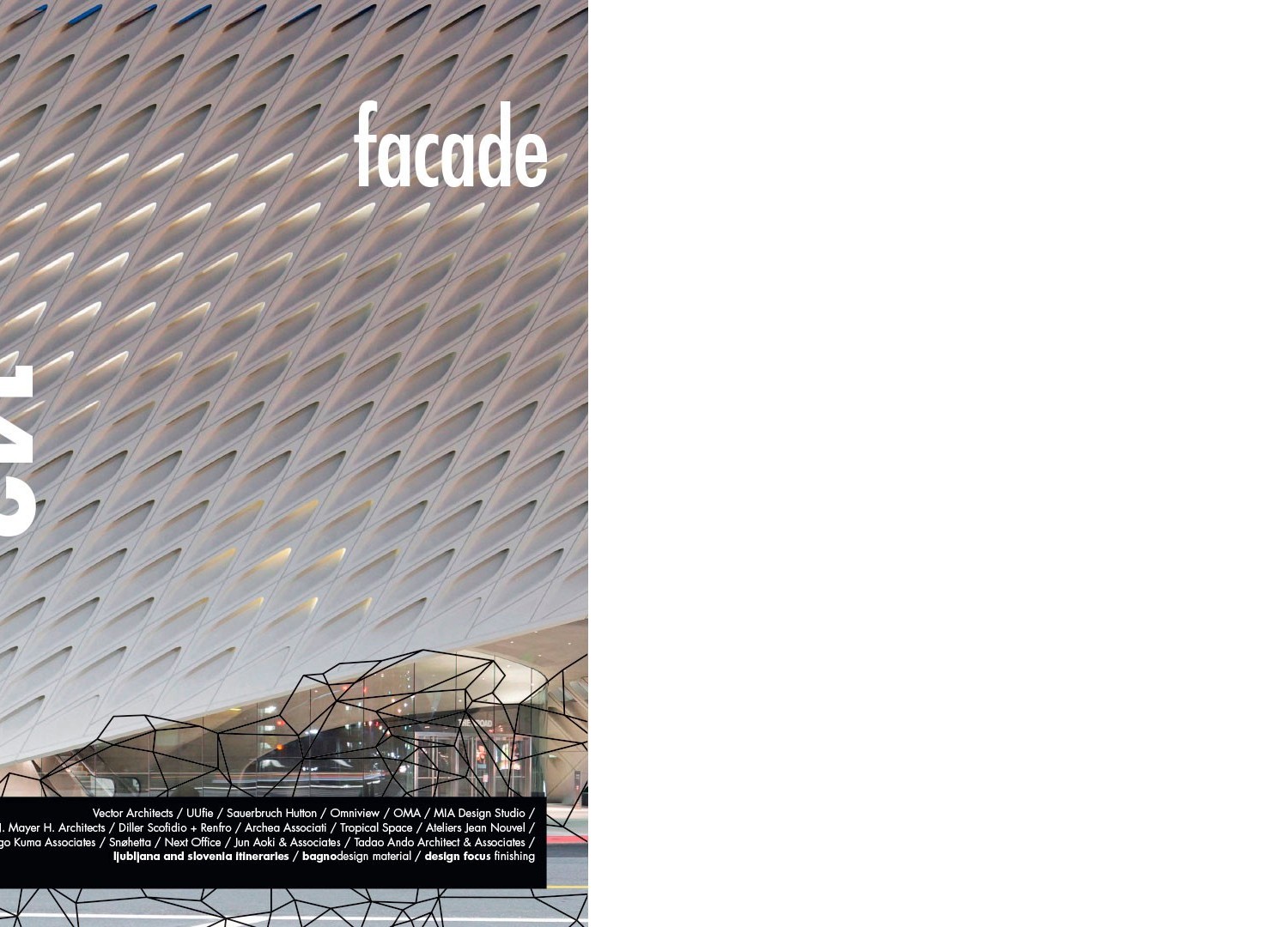 The Facade: the role and autonomy of the face
During the Renaissance, a building’s facade acquired autonomy and importance that went beyond the building’s sense of necessity; whereas in the nineteenth century, the facade embodied the building’s character, value and all expressive meanings in relationship to the urban context. All of this, or at least much of it, seemed to have been erased by the ideas of the Modern Movement in which there was no longer a definite hierarchy between the parts of the building entity. Almost a hundred years since the movement’s first groundbreaking works, we can say with question that those ideas of indifference to appearance collide with the art of design, whose very being is based on the image that it conveys, conditioning, or even delineating, the urban setting. This is not just because the contemporary age is based mainly on a system of conveying and spreading knowledge drawing mainly on image-based factors  the post-modern idea it is even more because in a globalized society that tends to homogenize and standardize every expression and daily action, the pursuit of identity and a sense of belonging takes on a decisive role as a tool of recognizability, therefore adding value to architecture and the places that hold them. In addition, today’s cities  contrary to ideas that arose out of the spread of a modernity exploited by speculation and building massification  need points of reference, notable places, and also for practical purposes, a stage to give housing the dignity that the flattening effect of large quantities and repetition tend to dissipate. This brings a building’s facade back to playing that essential role (and autonomous to the building body) that makes it so an architectural work’s image and place identity (unlike a design object) defines the meaning and value of a particular context and therefore the city. While the themes of the street, the square and the monument have regained the enjoyment of life that the Modern Movement had taken from them, the thin screen that separates private space from community spaces, i.e. the facade, assumes the role of projecting an individual scene in the public space, enhancing its value as a collection in which each specific part feels represented; the city as a place of meeting between people, life and therefore architecture.